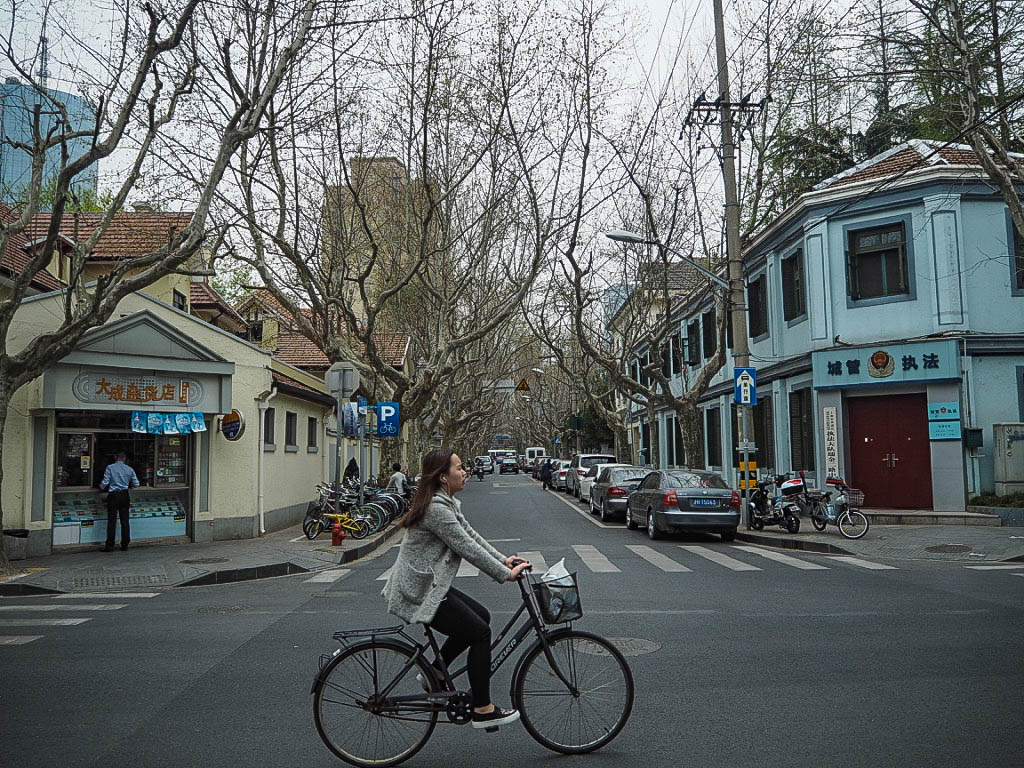 The French Concession area of Shanghai is a bizarre contrast of traditional Chinese life within a setting that looks distinctly European. Aside from Macau, which used to be Portuguese, I haven’t been anywhere in China that actually resembles anything western, so this totally threw me. Interspersed within the characteristic browns and greys I was becoming accustomed to, there were sudden pops of colour, and a whole day of exploring the area revealed so many hidden gems. 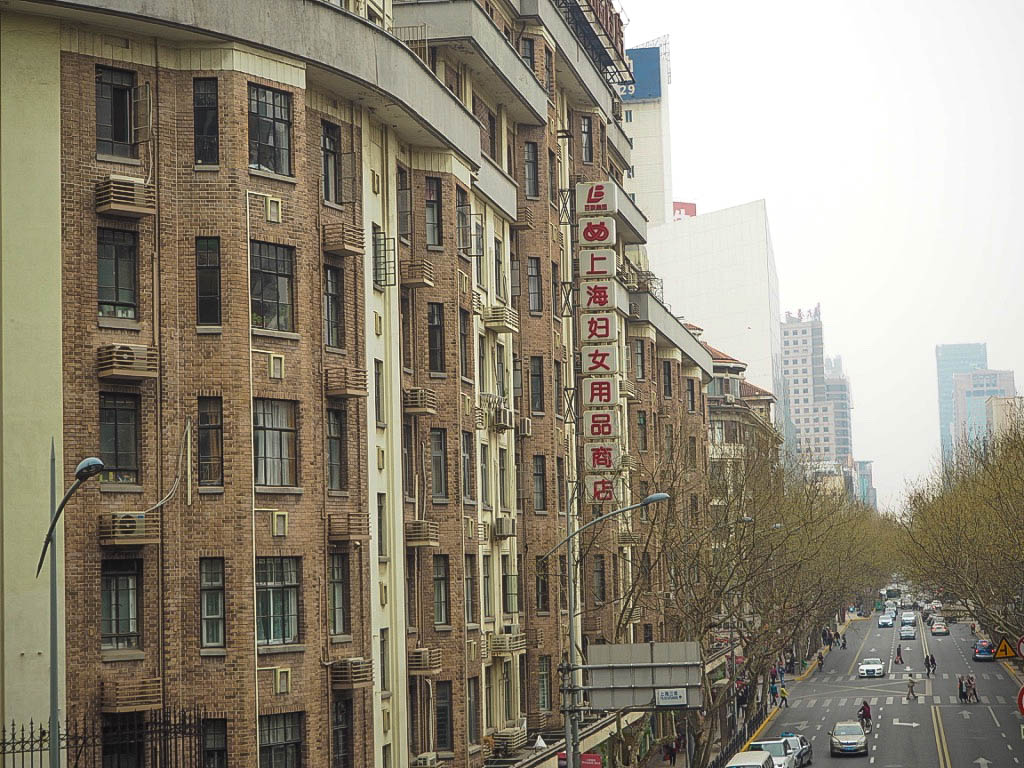 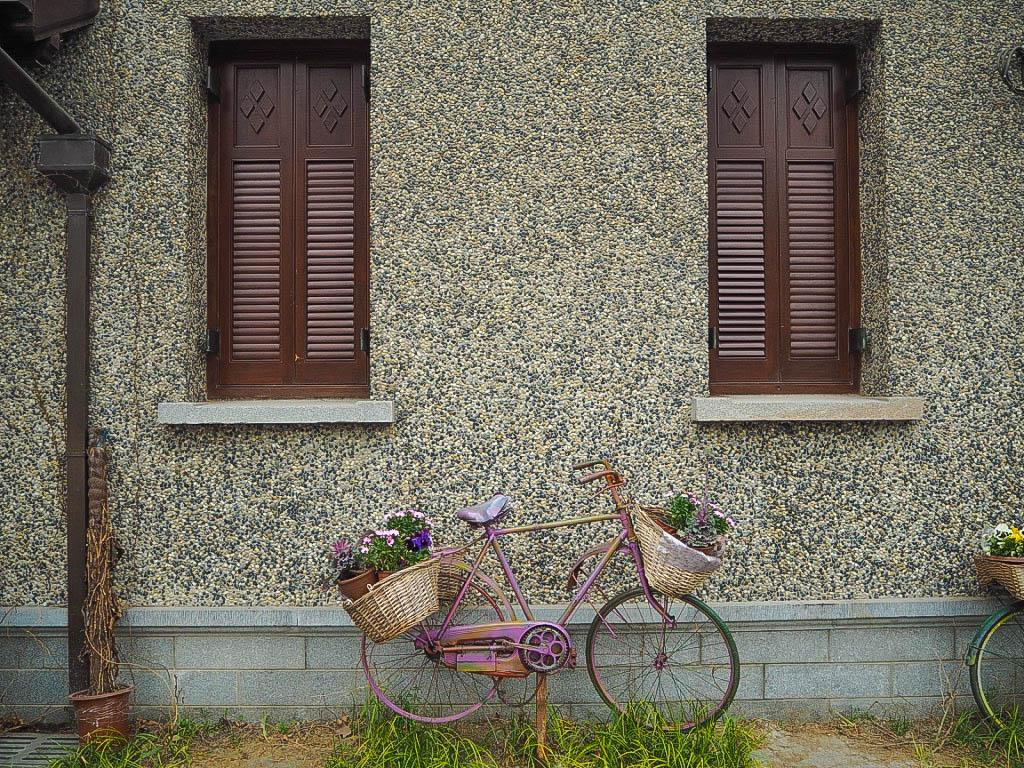 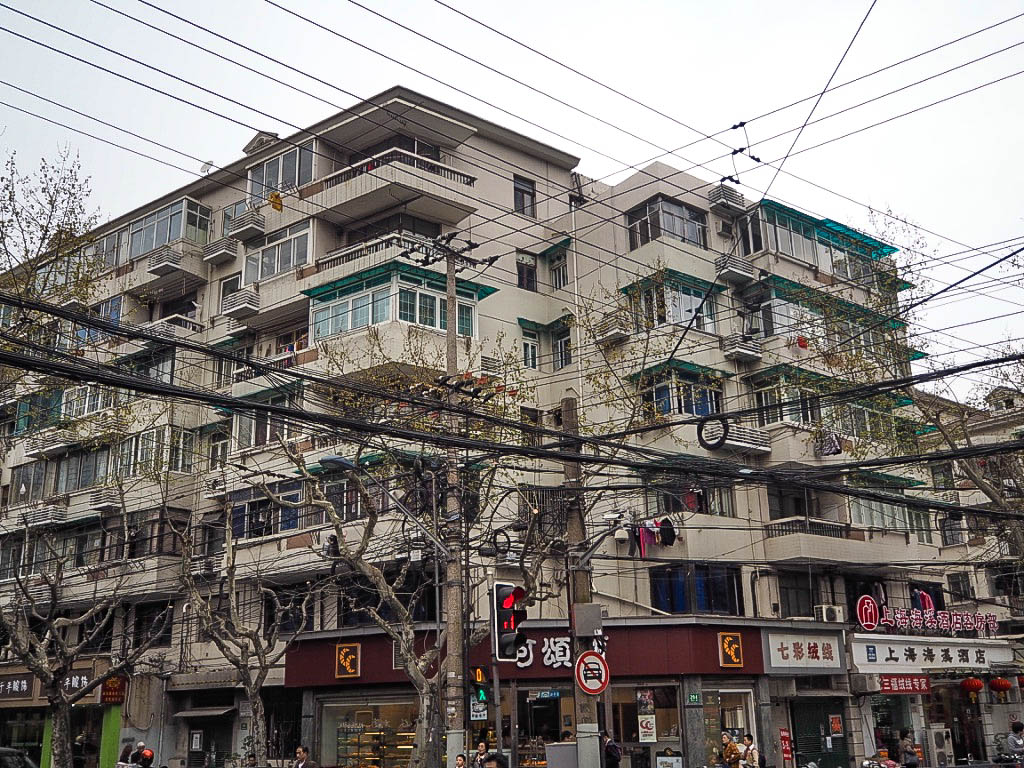 Here’s my must-visits for a day out in Shanghai’s French Concession:

There are plenty of super high end luxury shops in China, along with the little markets that sell bizarre trinkets that scream ‘Asia’. But Xintaindi is like the Shoreditch of Shanghai. Full of quirky boutiques, mid-high range unique pieces and beautiful cafes parked within the narrow alleys that make up the area. I fell in a deep, passionate love with a wrap-around denim midi that I couldn’t fit in my backpack and still dream about to this day. 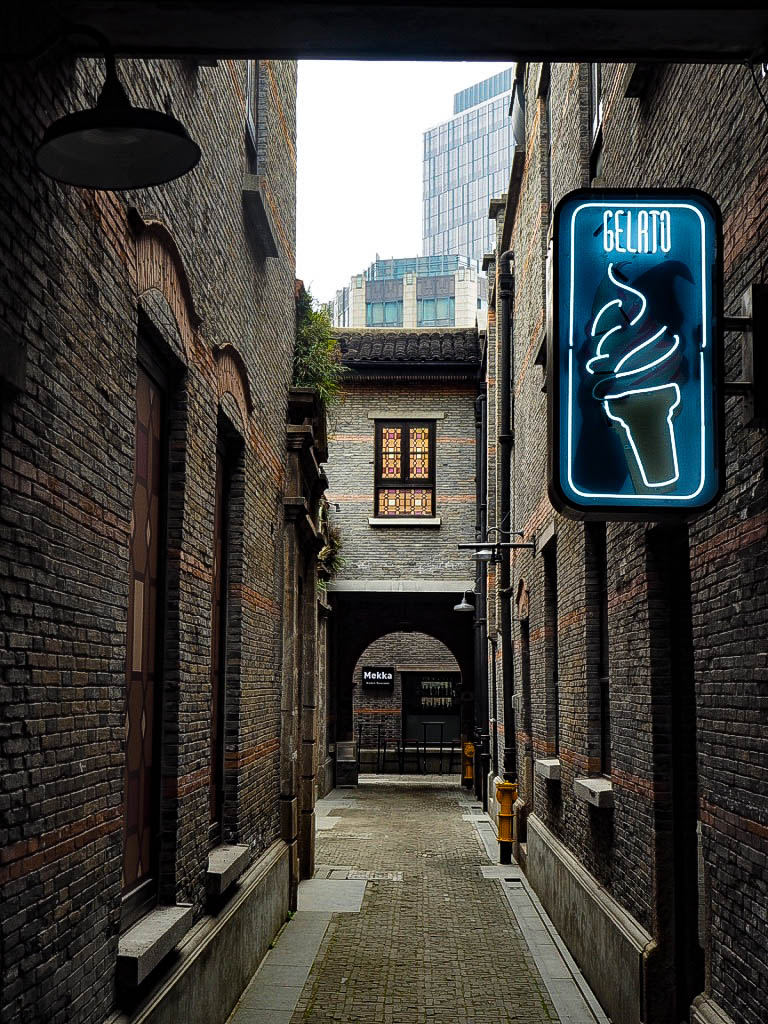 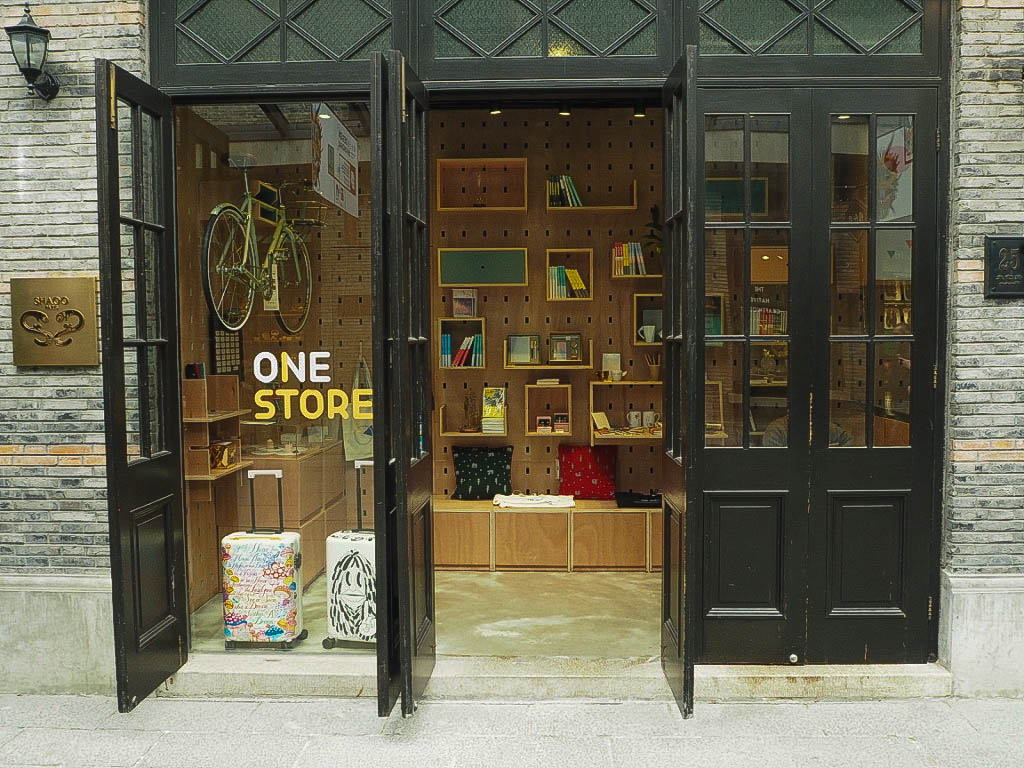 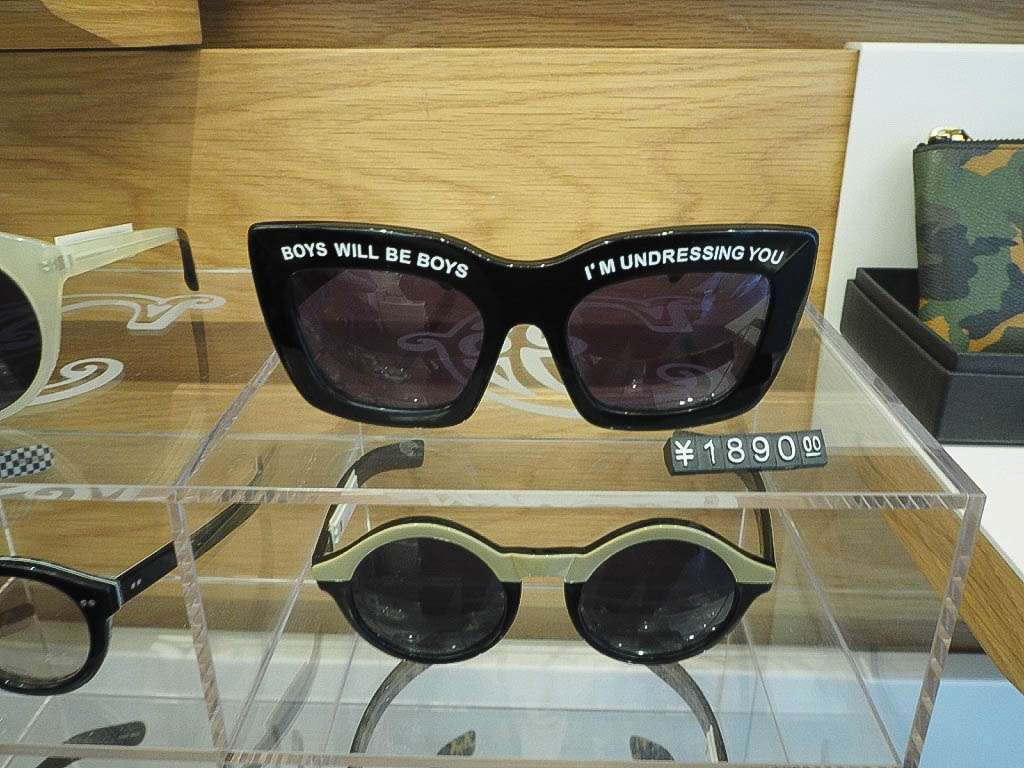 Museum of the First National Congress of the Chinese Communist Party

Nestled down an unassuming street in Xintiandi, the site where the Chinese Communist Party was first founded. The museum was actually closed when we were there, but it is still well worth going to take a peek. The area is covered with soldiers and there are always hoards of Chinese tourists taking patriotic pics outside. 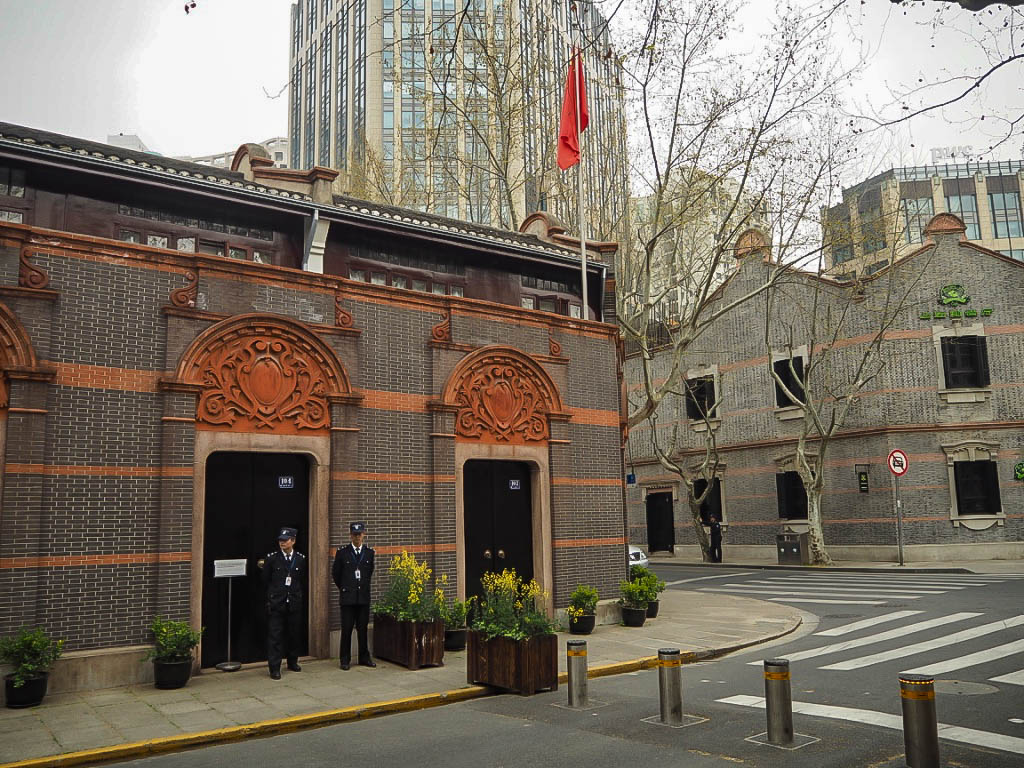 I love wondering around parks in China. They are the hub of all social life and Fuxing Park is no different. We spotted kite flyers, mah jong players and Tai Chi practisers, as well as the odd cheeky card game being hidden behind hushed tones and a wall of bodies. The blossom was out on the trees which made up for the famous rose garden being pretty barren because of the time of year and it was a nice way to break up the crazy to-ings and fro-ings of Shanghai. 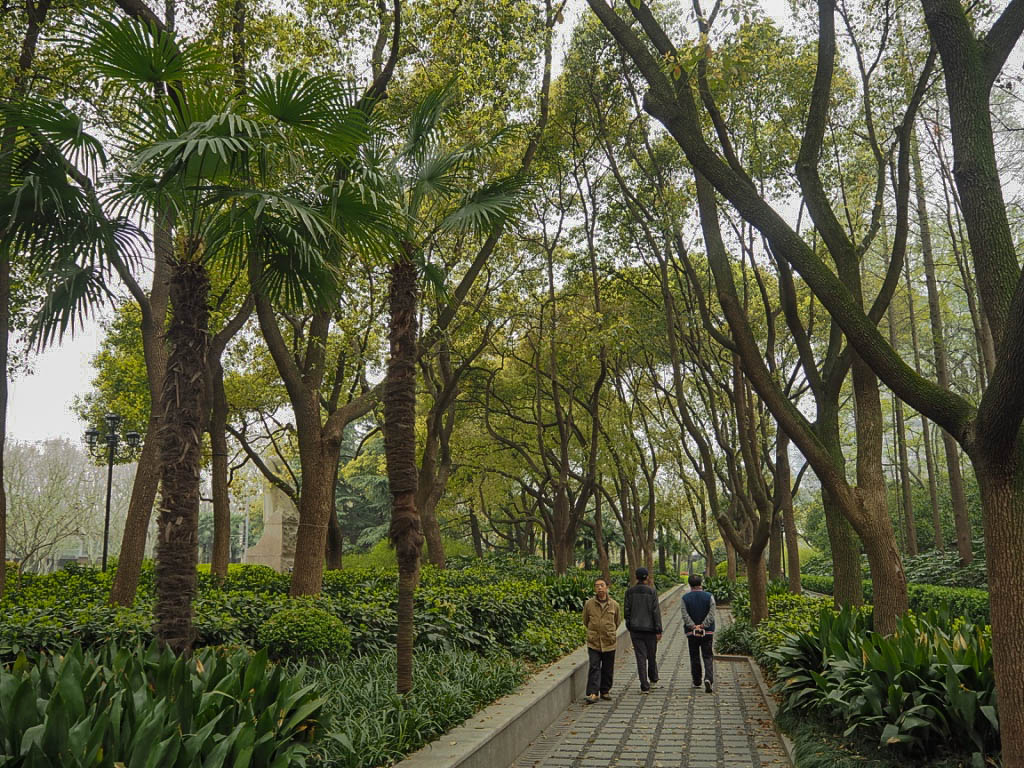 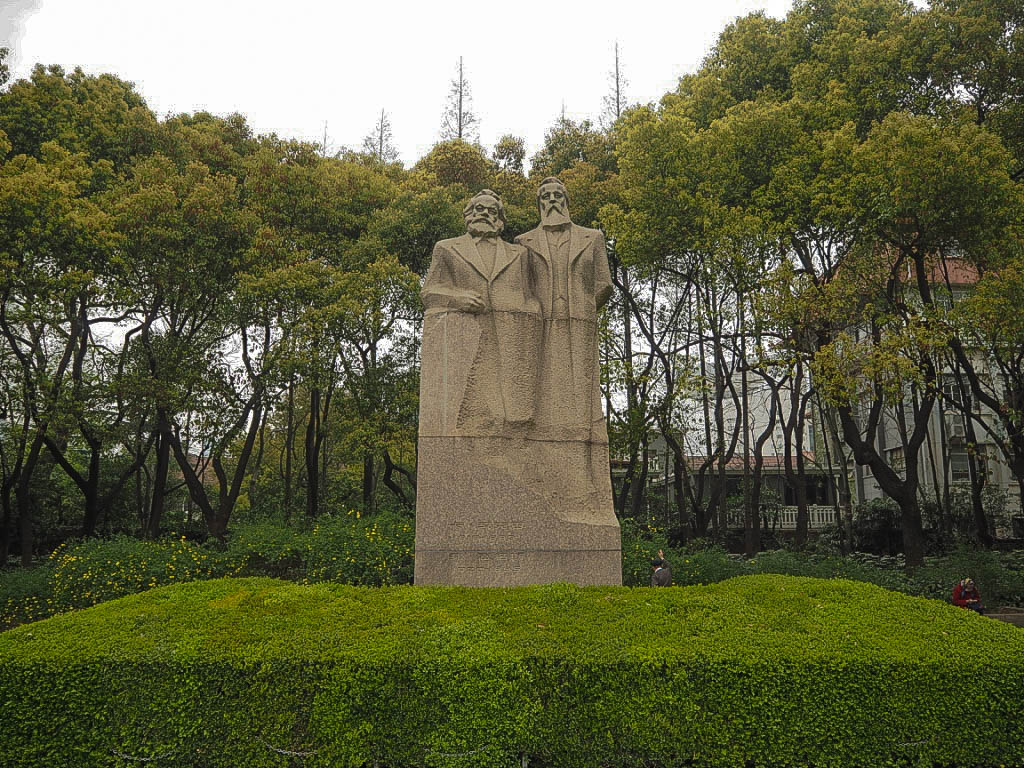 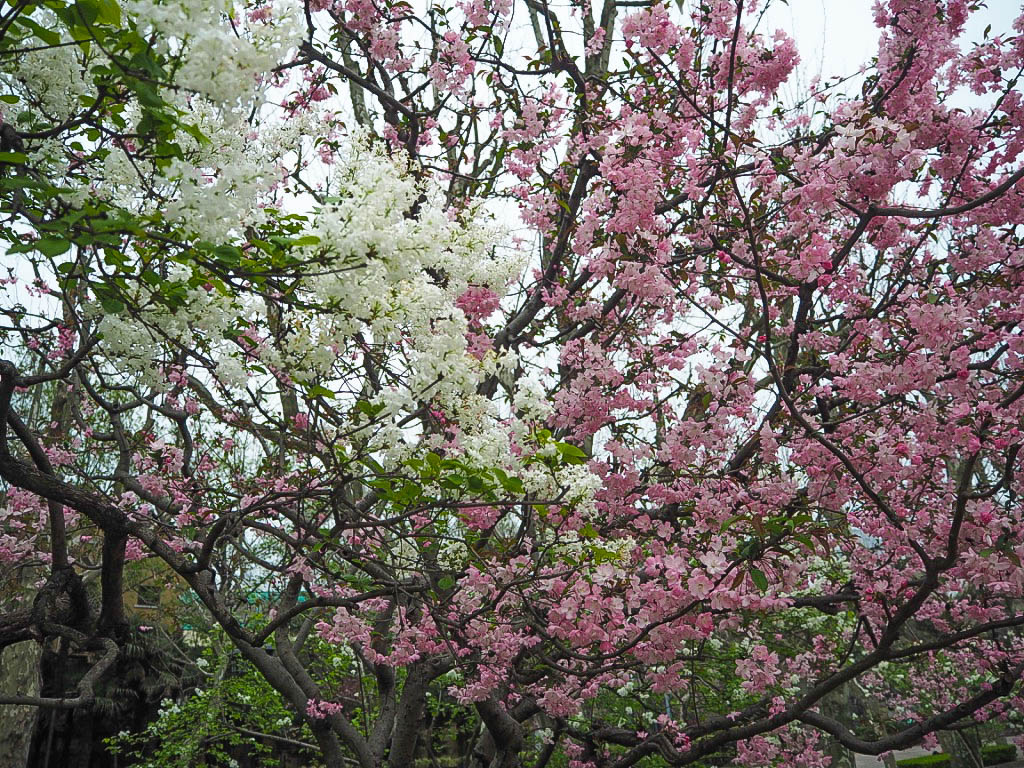 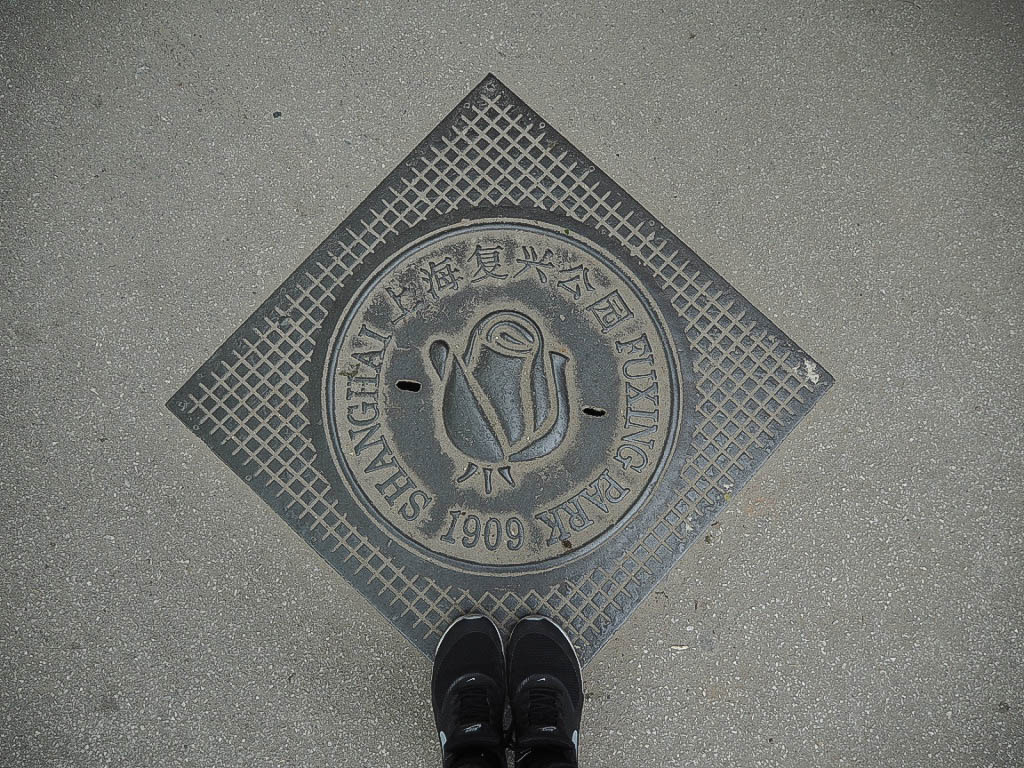 You will get lost here. Don’t bother trying to use a map or follow signs, the winding tiny alleyways are packed to the rafters with curios and weird things. Built in the 1930s and slated for demolition a few years ago, local artists bought it up and a whole regeneration situation occurred. We spent HOURS there, weaving our way through all the different stores and bumping into anyone who tried to walk in the opposite direction to us. 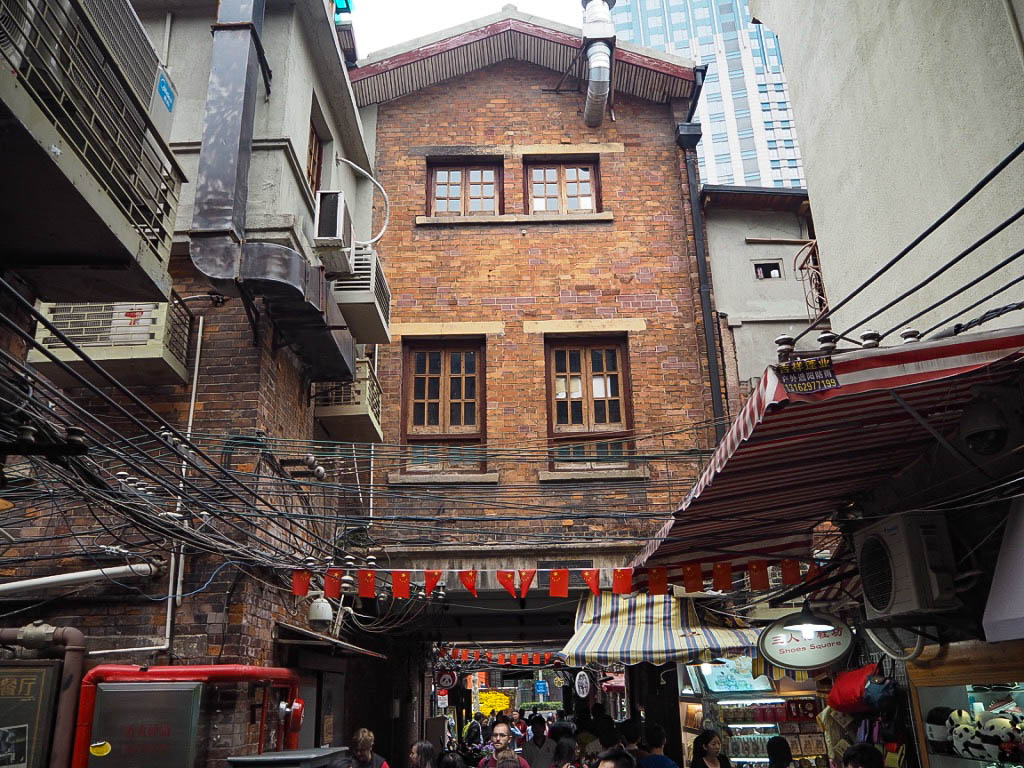 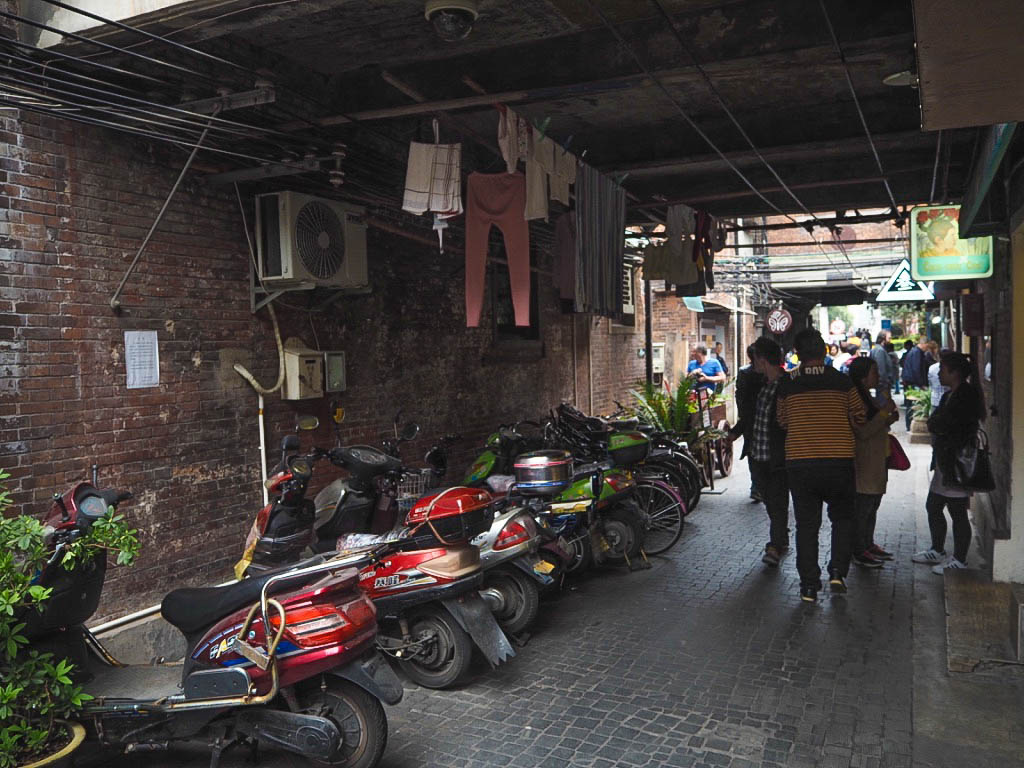 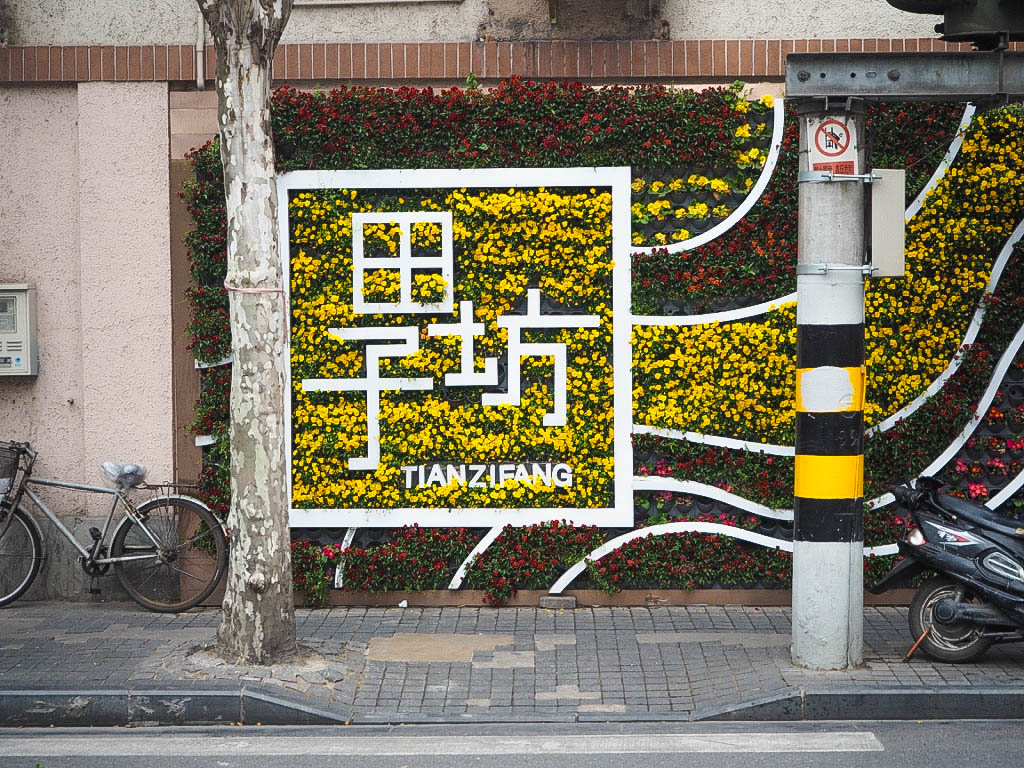 And whilst you’re in Tianzifang, head to Kommune, a cafe run by an American ex-pat and a local Shanghai resident, decked out in tongue-in-cheek communist chic. From soldiers in the fish tank and a whole revolution theme throughout, it’s always busy but we managed to nab a seat inside and I had a Hot Chocolate Bomb which was a BALL of solid chocolate and a mug of hot milk. Such happiness! 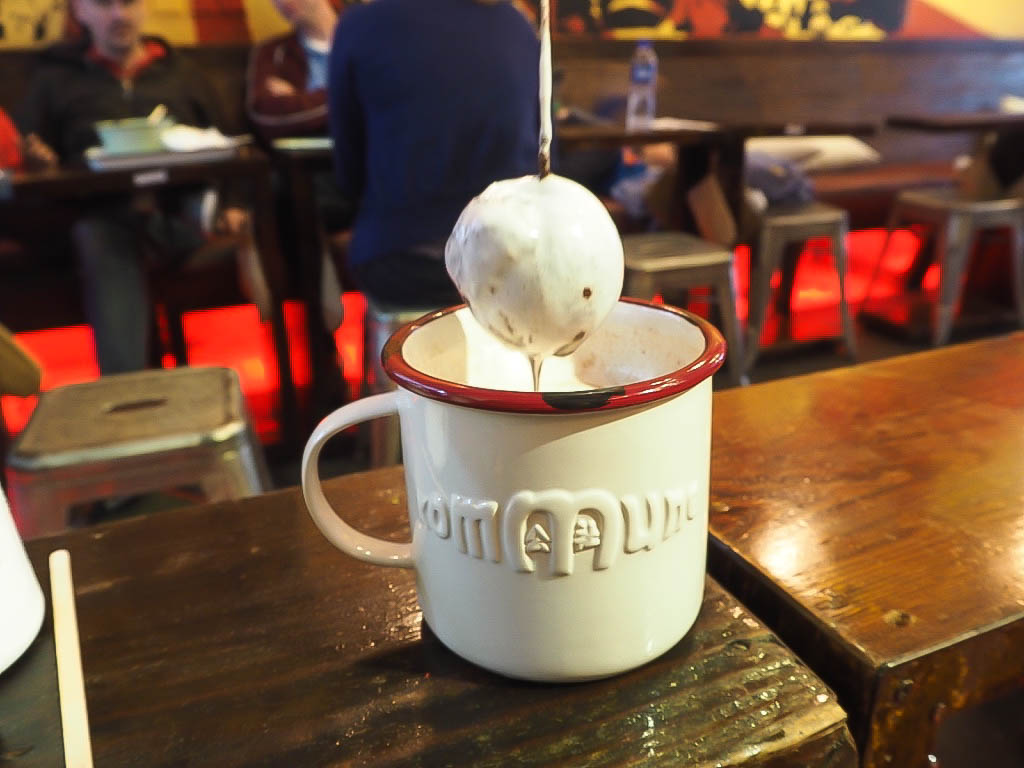 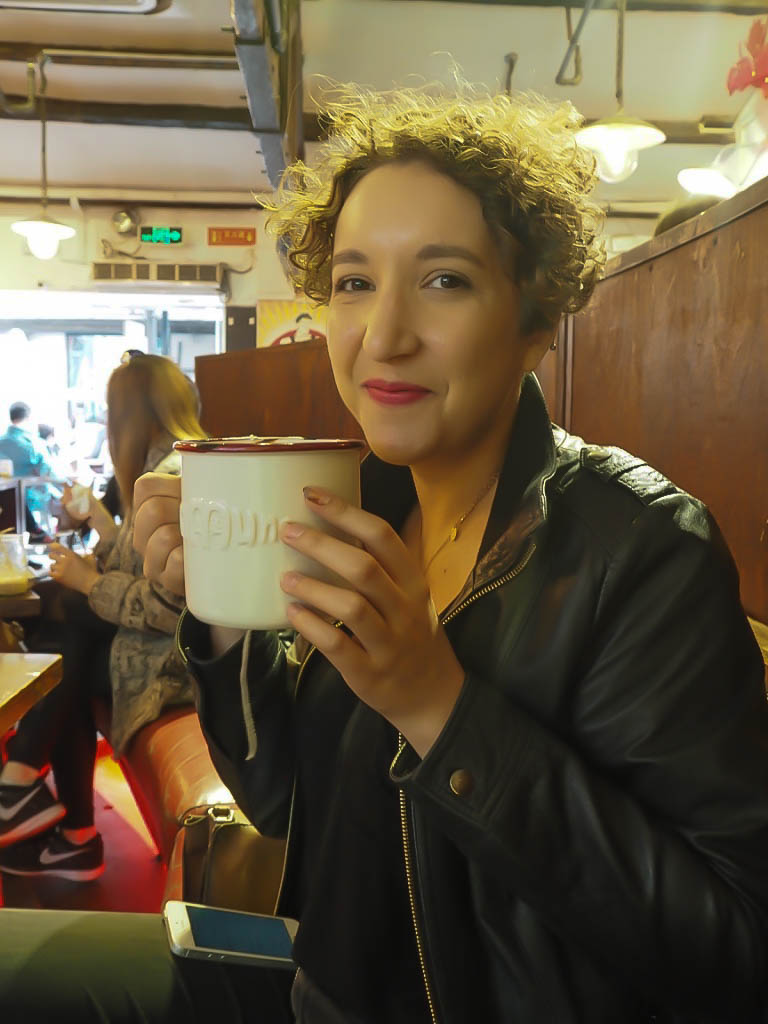 Along with the European architecture elsewhere in the French Concession, this cinema is the weirdest thing to find popping up in the middle of Shanghai. Totally art deco in design, it’s still a working cinema and there’s not much to see if you don’t speak Mandarin, but it’s such a pretty building and a huge contrast to everything else you’ll see in China. 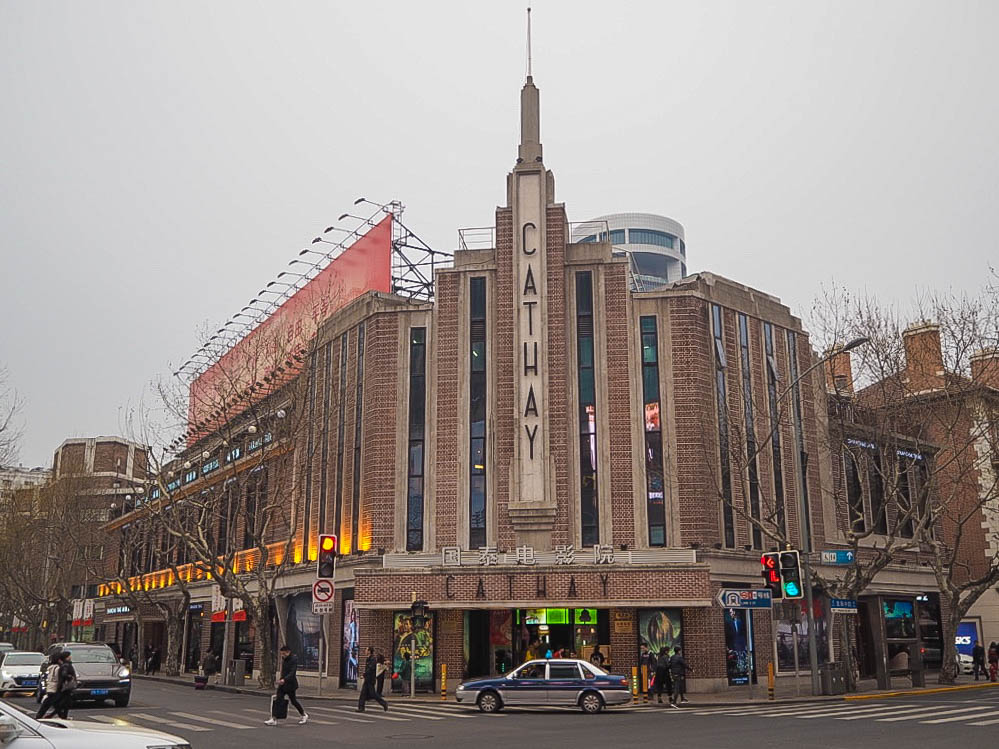 When all is done and you are knackered and starving, head just down the road from the Cathay Theatre and go for dinner at Di Shui Dong – a restaurant serving up Hanan cuisine that will rock your world. I wrote a full review of it already, but just get yourself to their cumin ribs asap. 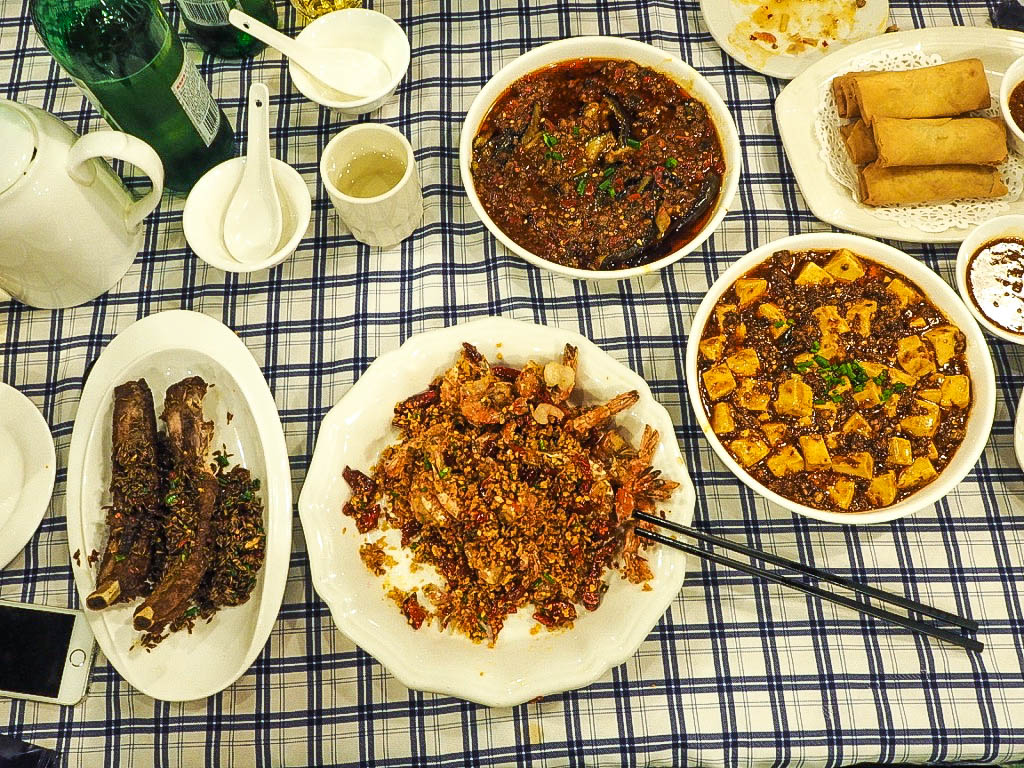 Check out my other Shanghai posts and keep an eye out for more coming up soon!