On my recent trip to Dublin, I had three things in mind: quality time with my favourite cousin, a trip to the Guinness Storehouse and a lot of brunch. In four short days, I clocked up four amazing brunches, spread out around the city. Each one offered something completely different from your standard eggs benedict and prosecco situations (not that those two things are bad in any way whatsoever). First up: 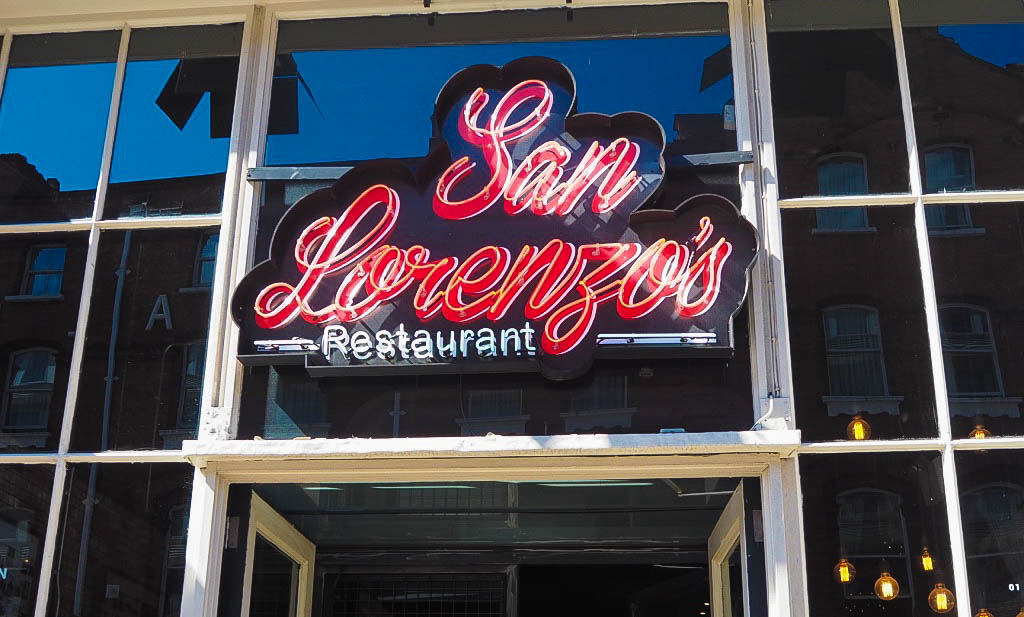 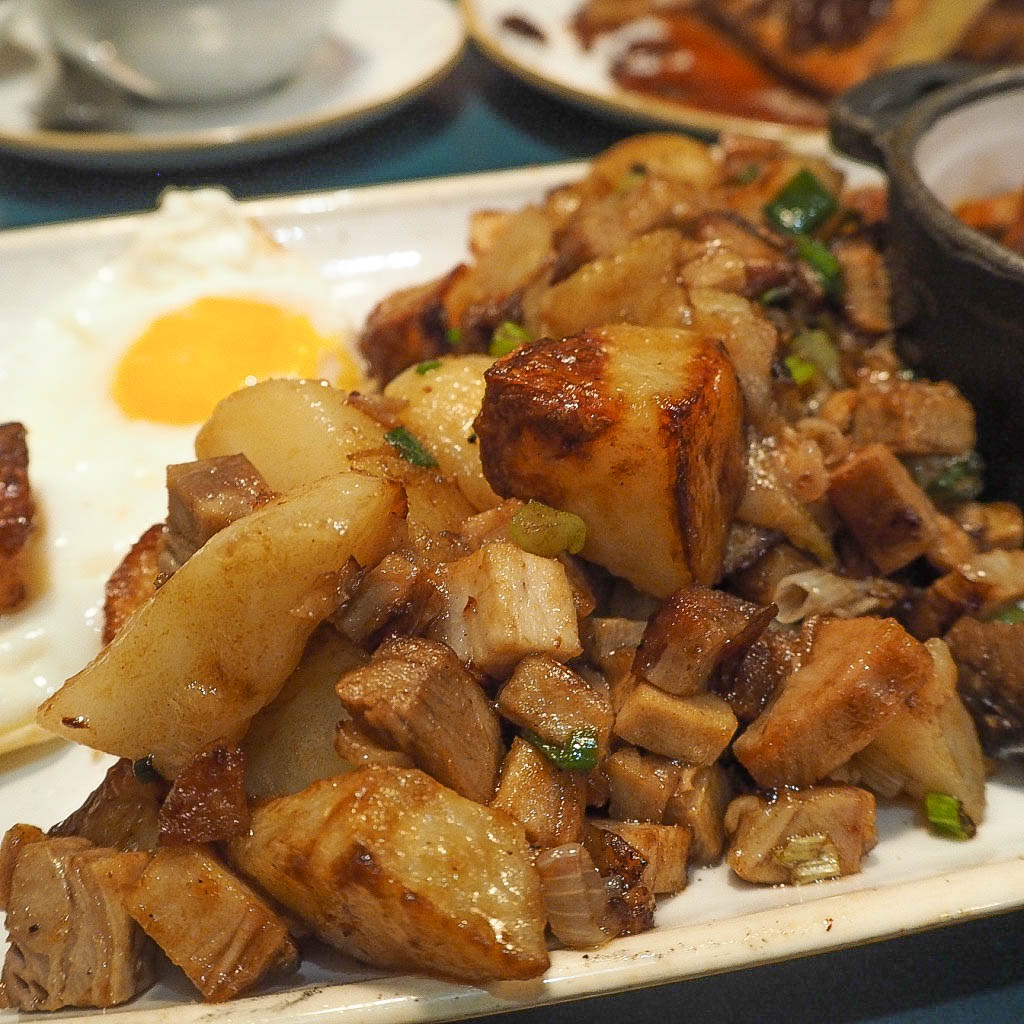 Our visit to San Lorenzo’s Brunch of Champions was the epitome of over-excited over-ordering. In sheer fear of not being able to order what we had come for, we went all out and had a main each and one of the sweet options to share. My pork belly potato hash was a whole heap of carbs with crunchy spring onions and mixed up with runny fried eggs and smoky baked beans. 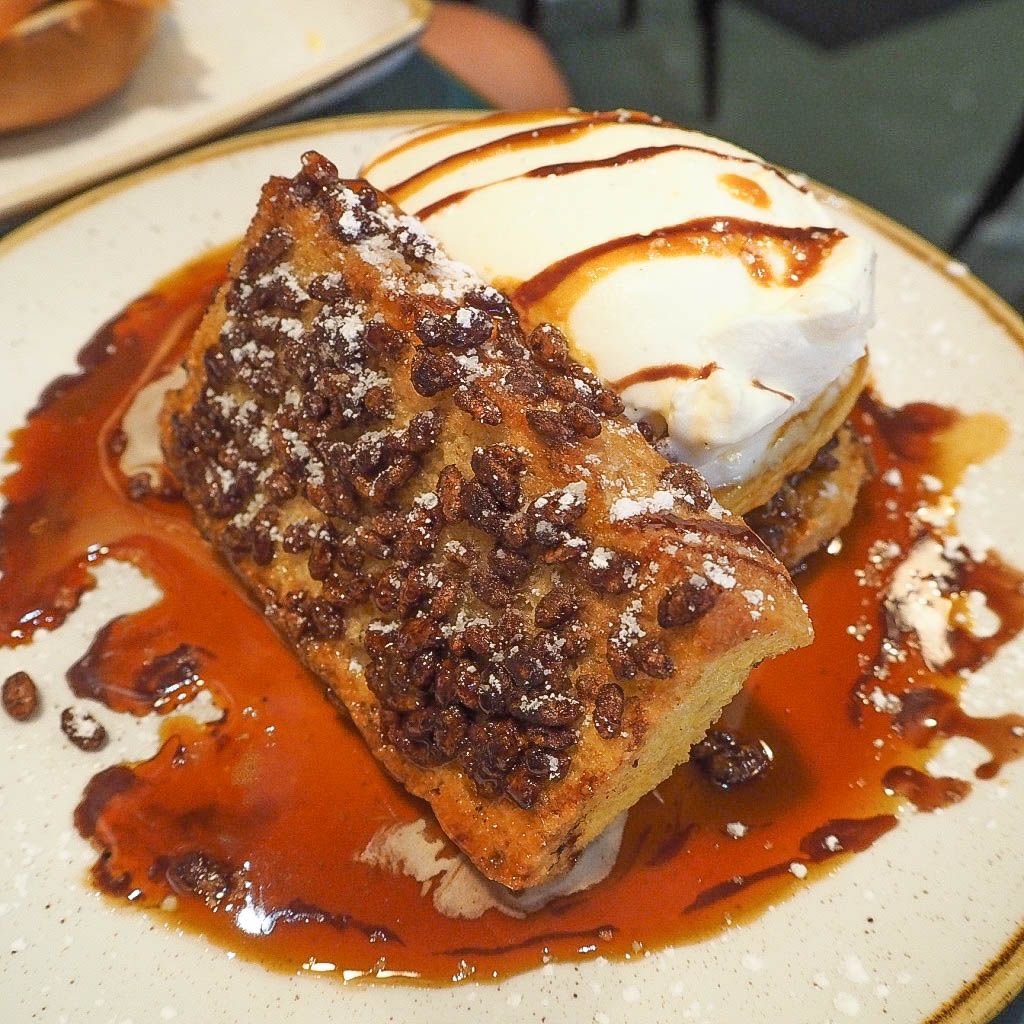 But we had come for the coco pops french toast and we were not leaving until we’d at least attempted a few bites. As it was, with mascarpone whipped cream, peanut butter and salt caramelised bananas, we were persuaded pretty easily to demolish the entire thing and did not regret a bite. 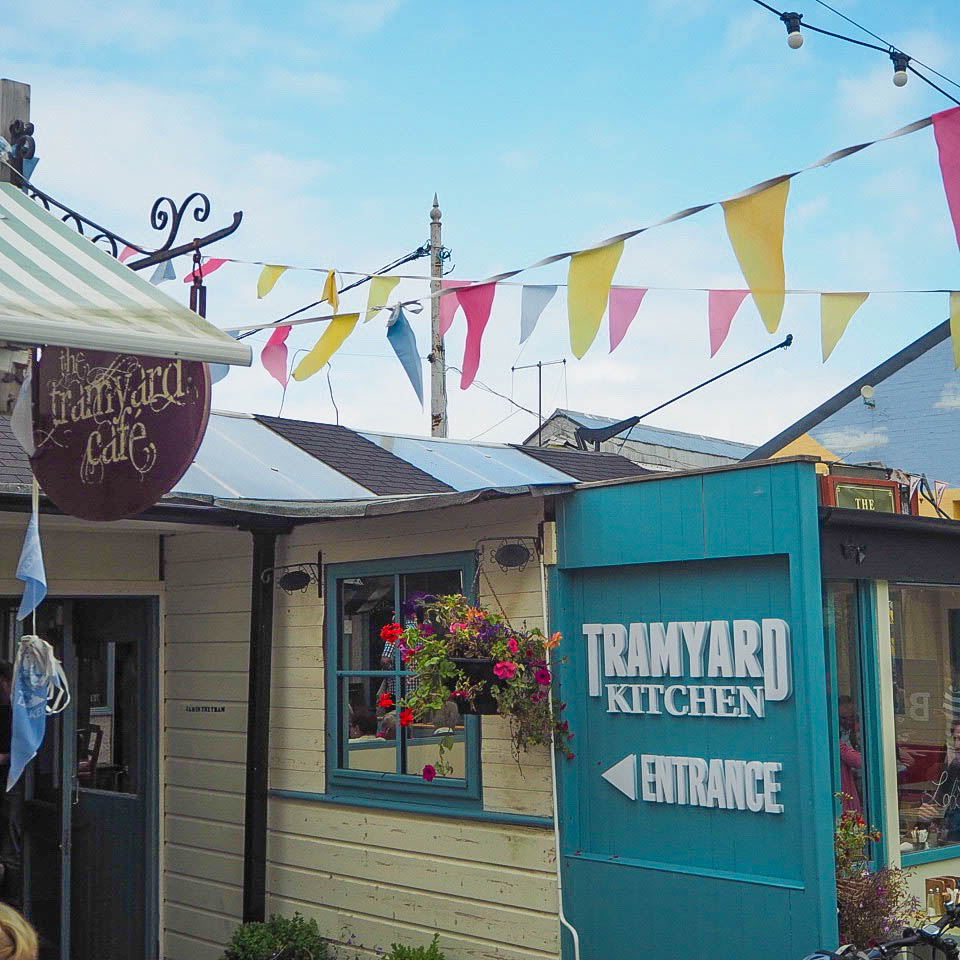 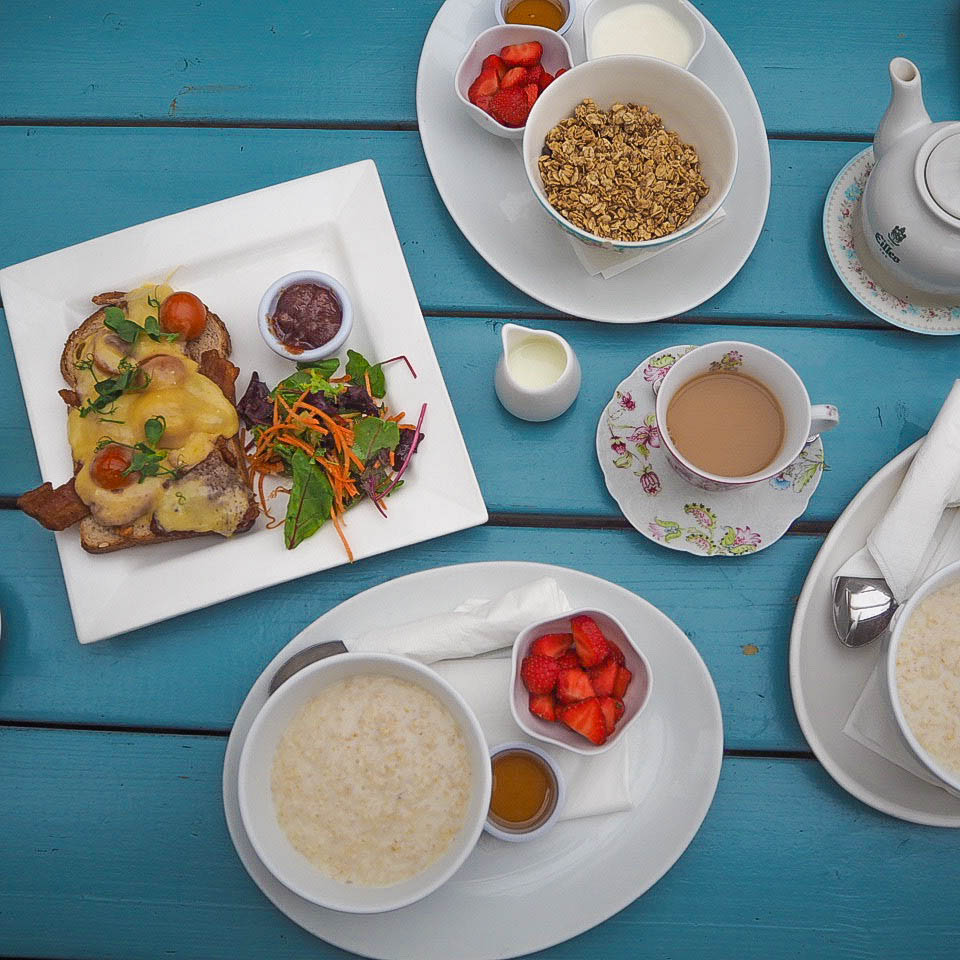 The little village of Dalkey is actually about 30mins outside of central Dublin, but it is such a cute, quaint place and it’s foodie credentials are actually pretty good. Locally, they catch a lot of lobster and shellfish, but as we were there for brunch, we stayed clear of the seafood. We started off a bit boring at The Tramyard Cafe with some granola and porridge, served with milk, honey and fresh berries – but it was just what I wanted to warm me up on a chilly Irish morning. 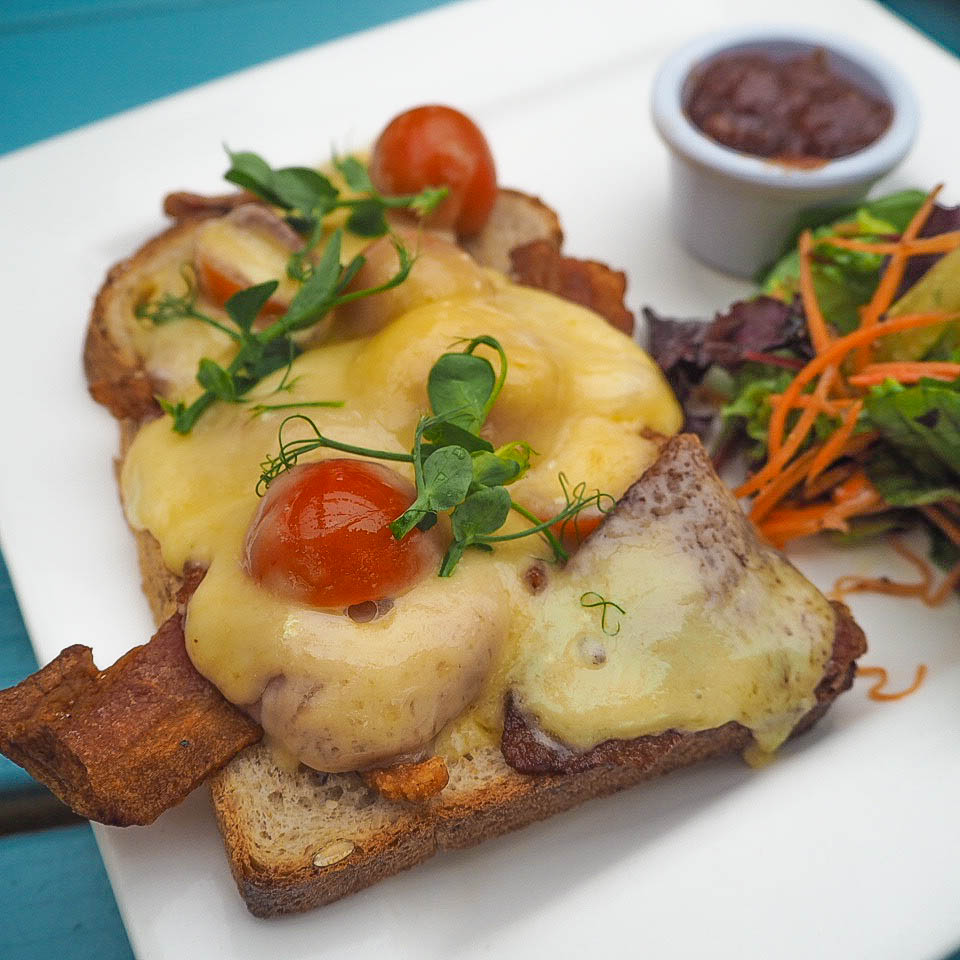 Then we clocked the rarebit on somebody else’s table and figured we’d just share one, for the purposes of food adventuring. Served up on doorstep bread with crispy bacon, vine cherry tomatoes and sharp, strong Irish cheddar – it was the perfect savoury accompaniment to our sensible cereals. 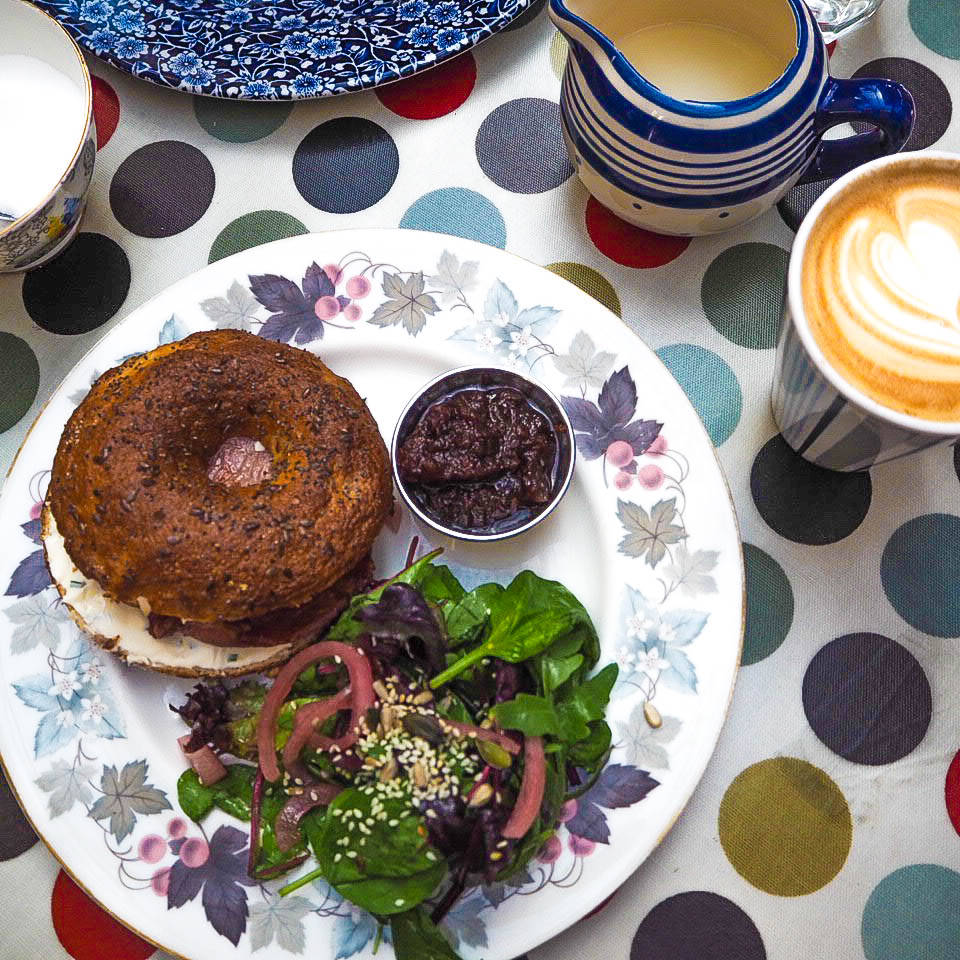 On both of my trips to Ireland I have consulted the wonderful Gastro Gays on where I should be eating. They were SO right with their recommendations when I was in Cork that I had to try at least one of their favourites in Dublin, and thank goodness I did. 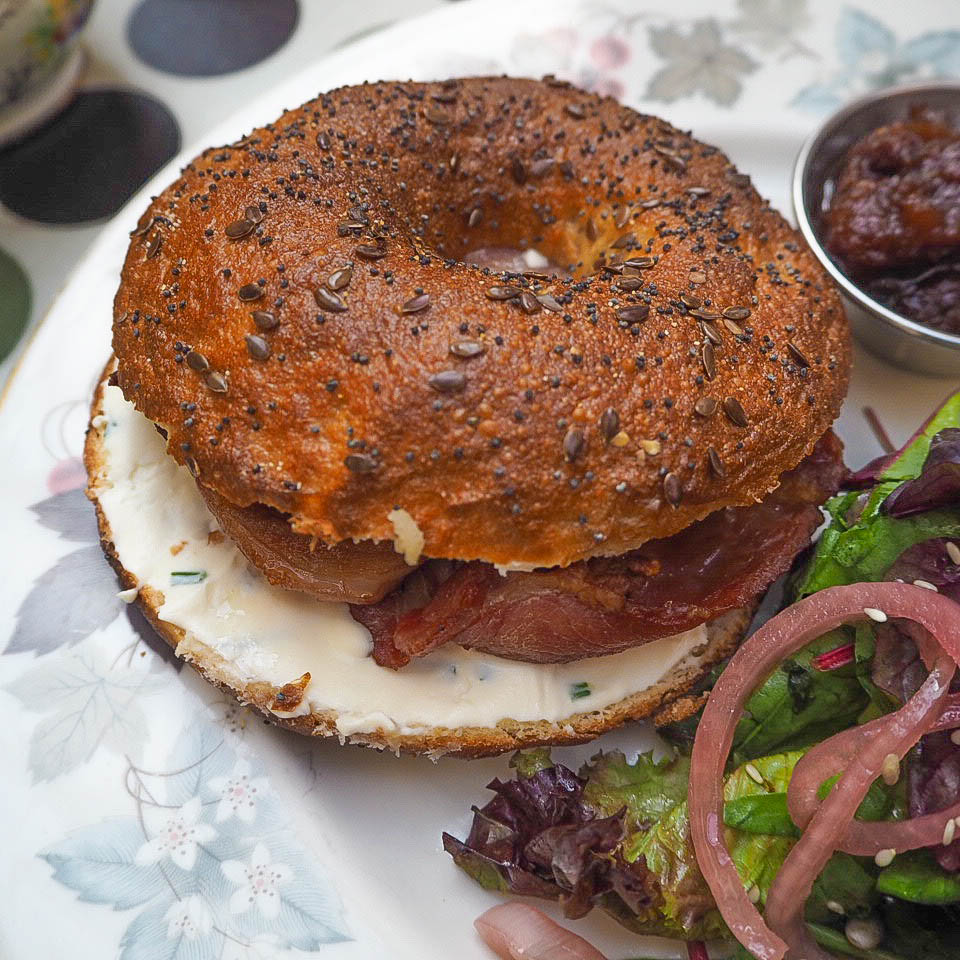 The homemade bagel at The Pepper Pot Cafe were super soft inside, where they were smothered with chive cream cheese, and crispy on the outside where I dunked them in an unbelievable apple chutney. The salty bacon and a strong coffee soaked up my hangover like a dream and made me strong enough to wander around the gorgeous home decor stores within the Powerscourt Centre we were sat in. 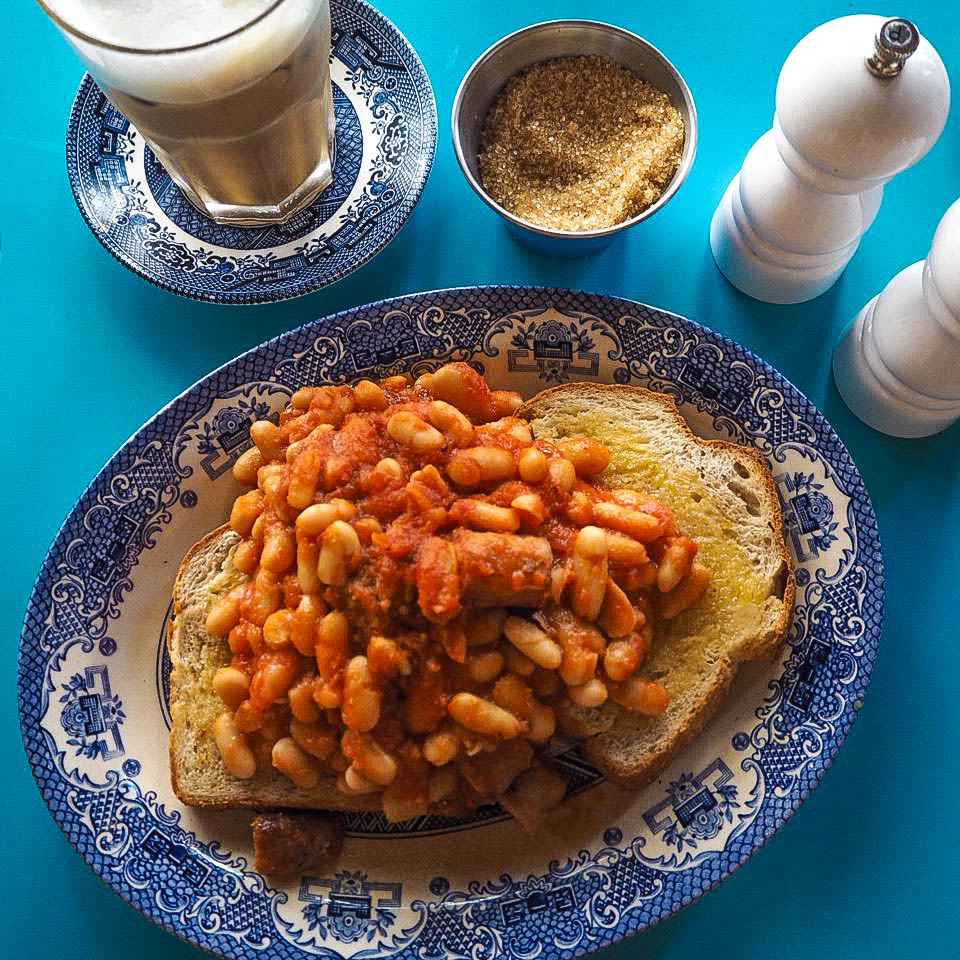 We were very confused trying to find this place. You have to walk through a craft store and out the back is the adorable Cake Cafe, perfect for sunny morning brunching. Although we didn’t indulge in any of the signature cakes, I went for the homemade baked beans which were amazingly rich and served up with chunks of sausage. It was exactly what I’d call a ‘hearty’ breakfast, and was a brilliantly chilled out atmosphere.

Where else would you recommend I go for brunch in Dublin on my next visit?