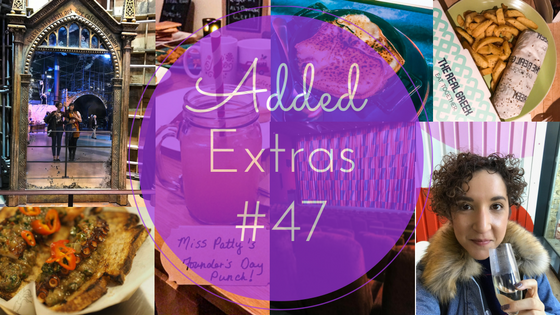 It’s only Tuesday and this week is already proving to be a giant pain in the arse. Every year when things start getting festive, I promise myself I won’t book in too much but somehow it happens without me even realising. Add to that a hectic time at work, Christmas presents to be bought, the wedding of two of my favourite people and an upcoming holiday to South Africa, I don’t really have time to do anything.
But I’m not complaining (yet), as last week was a lot of fun. Here’s the best bits:

1) I finally got to see Fantastic Beasts and it was god damn magical. I don’t want to spoil it but at one point I had to stop myself from actually bouncing in my seat (although I don’t know how successful I actually was). I went to see it at the Picturehouse Central in the old Trocadero which is a beautiful cinema which made it a perfect setting. 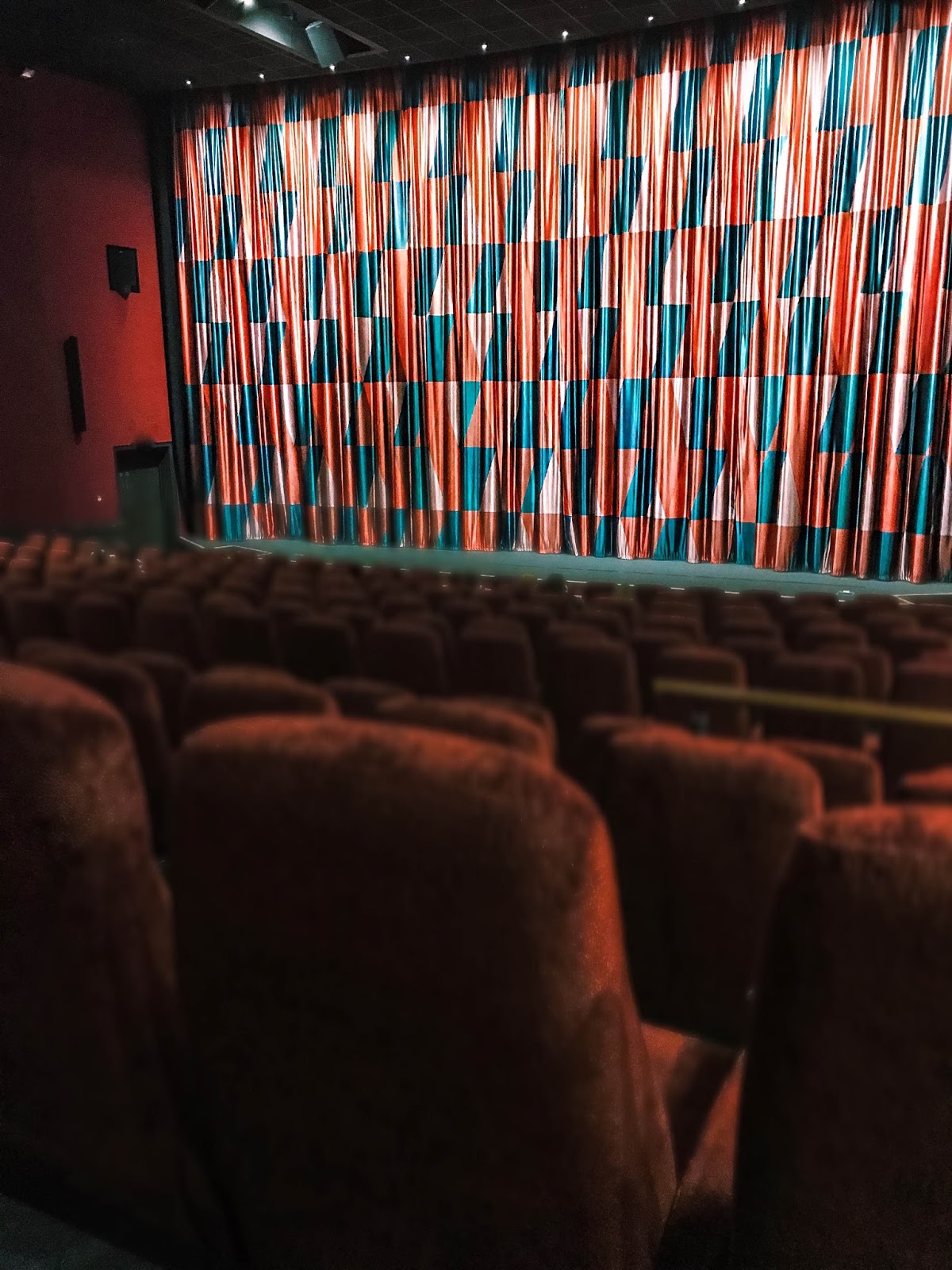 2) I found out my friend is having TWINS. TWO BABIES. She called me as I was walking down Euston Road and I screamed and started jumping up and down. I cannot wait to meet them next year!

3) Before going to the cinema, I had dinner at Temper which was very much a double edged sword. On the plus side, I spent it in the company of a pretty man and ate potatoes covered in raclette. On the down side, the next day both me and him felt the impact of something that wasn’t cooked right which was, quite literally, shit. Not somewhere to be re-visited anytime soon. 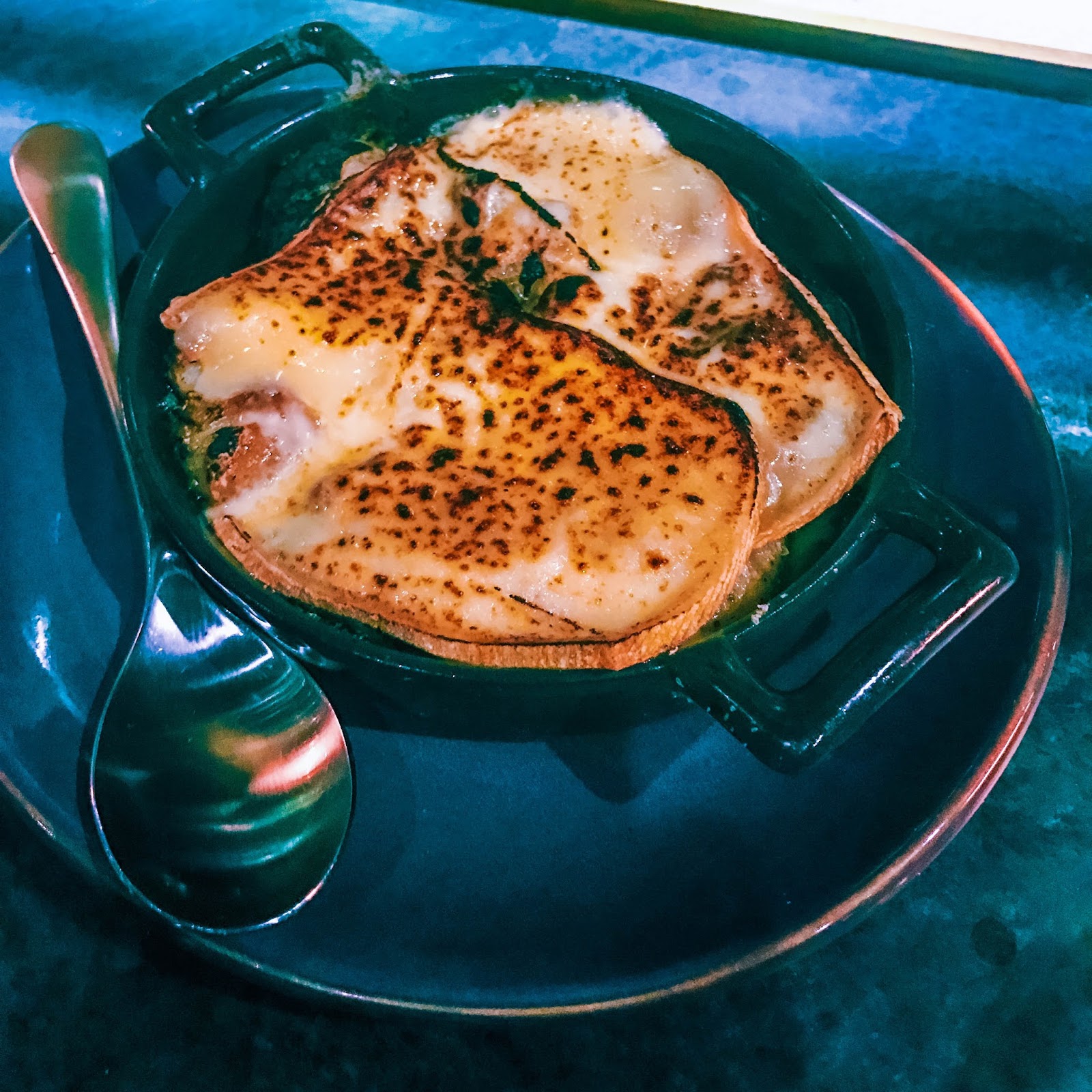 4) A few weeks ago I booked tickets for me and some friends to see Deftones in May next year. By a wonderful twist of fate, it turns out that AFI, band I loved as a teenager, are going to be supporting. It’s all the musical dreams of my 15-year-old self come true!

5) Deliveroo options in my part of town have dramatically improved from before I went travelling. One lazy evening I treated myself to a shawarma, halloumi and chips from The Real Greek and it was so much nice than just getting a greasy Chinese from somewhere totally not worth the money. 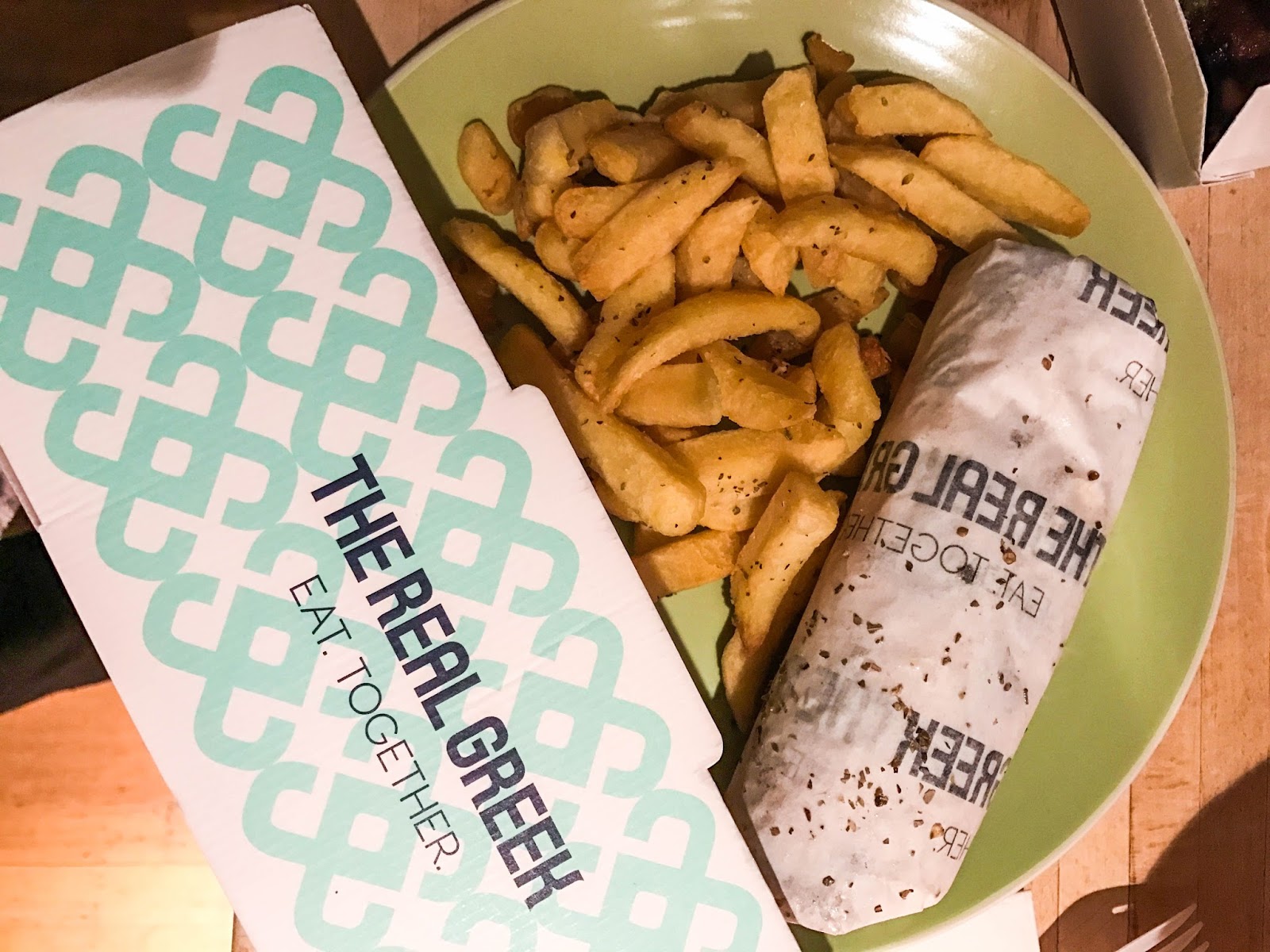 6) Thursday evening was super exciting, which you’ll know if you follow me on pretty much any social media channel. I was invited to the press night of Hogwarts in the Snow at the Warner Brothers Studio Tour, and along with some of my best gal pals (and AJ’s other half who’s basically a girl), my baby sister came down from Lancaster to drink prosecco in the Great Hall and pose of Mirror of Erised selfies. 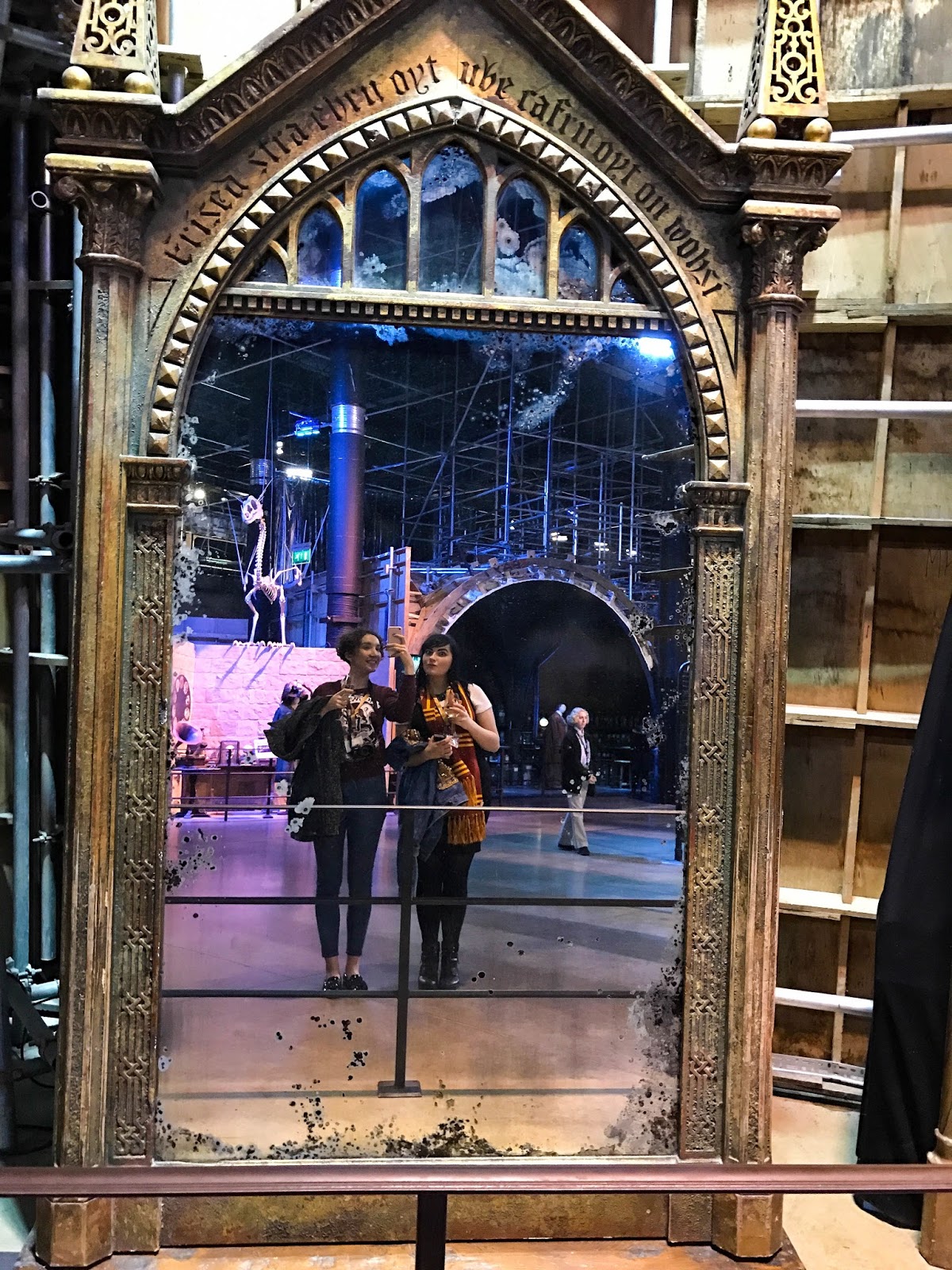 7) Reason 8479 I love our group WhatsApp: you never know what will happen next. Case in point, we were casually talking about Black Friday deals and BOOM, suddenly I’d booked seven of us onto a £40 return flight to Bucharest for the end of February. EXCITING!

8) On Friday I went and visited the Queen of Themed Dinner Parties, the wonderful Ashley. In honour of the new Gilmore Girls episodes, she welcomed me into her own little Stars Hollow with snacks including Mrs Kim’s Tofurkey and Luke’s burgers, along with a rather delicious Miss Patty’s Founders Day Punch. Which I drank quite a lot of. 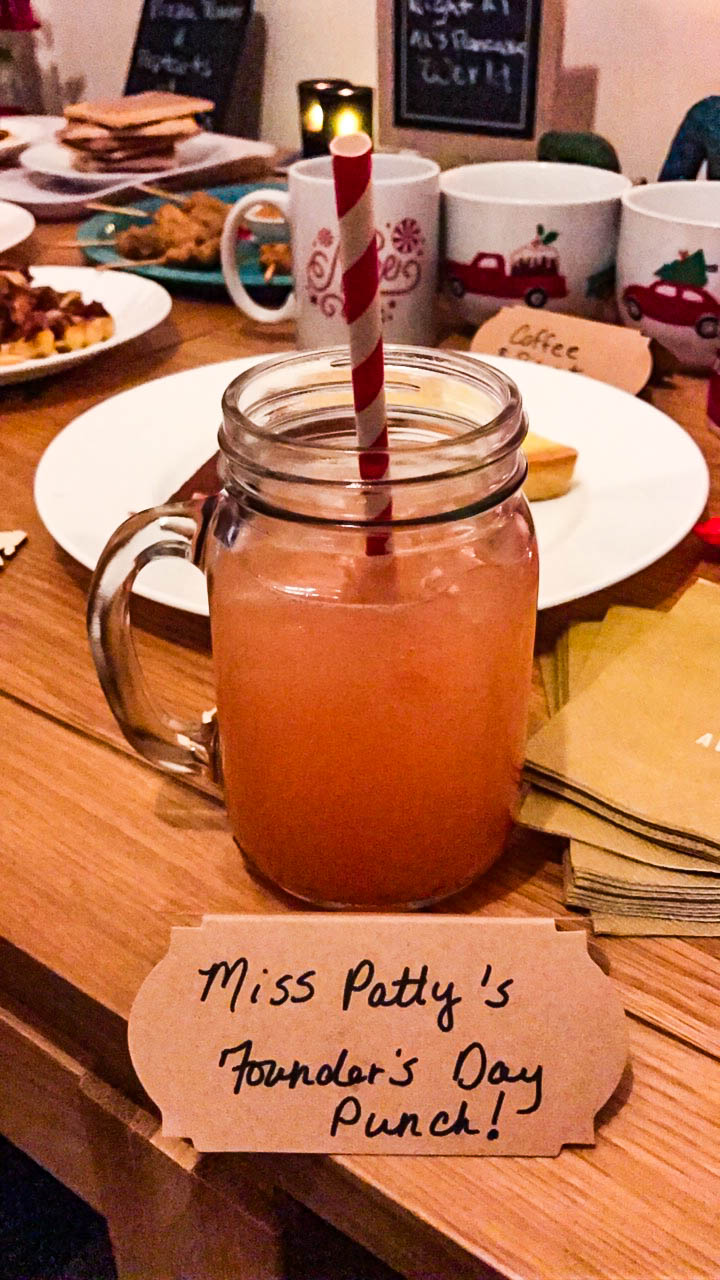 9) And because it was payday and Ashley lives bloody far from me, I treated myself to an uber. Such luxury.

10) Saturday was wonderful. I spent a whole afternoon with the girls, being shown around new foodie destination Flat Iron Square. There will be a full post coming up soon, but I cannot stop thinking about this octopus with smoked aubergine tapenade on toast from Edu London. 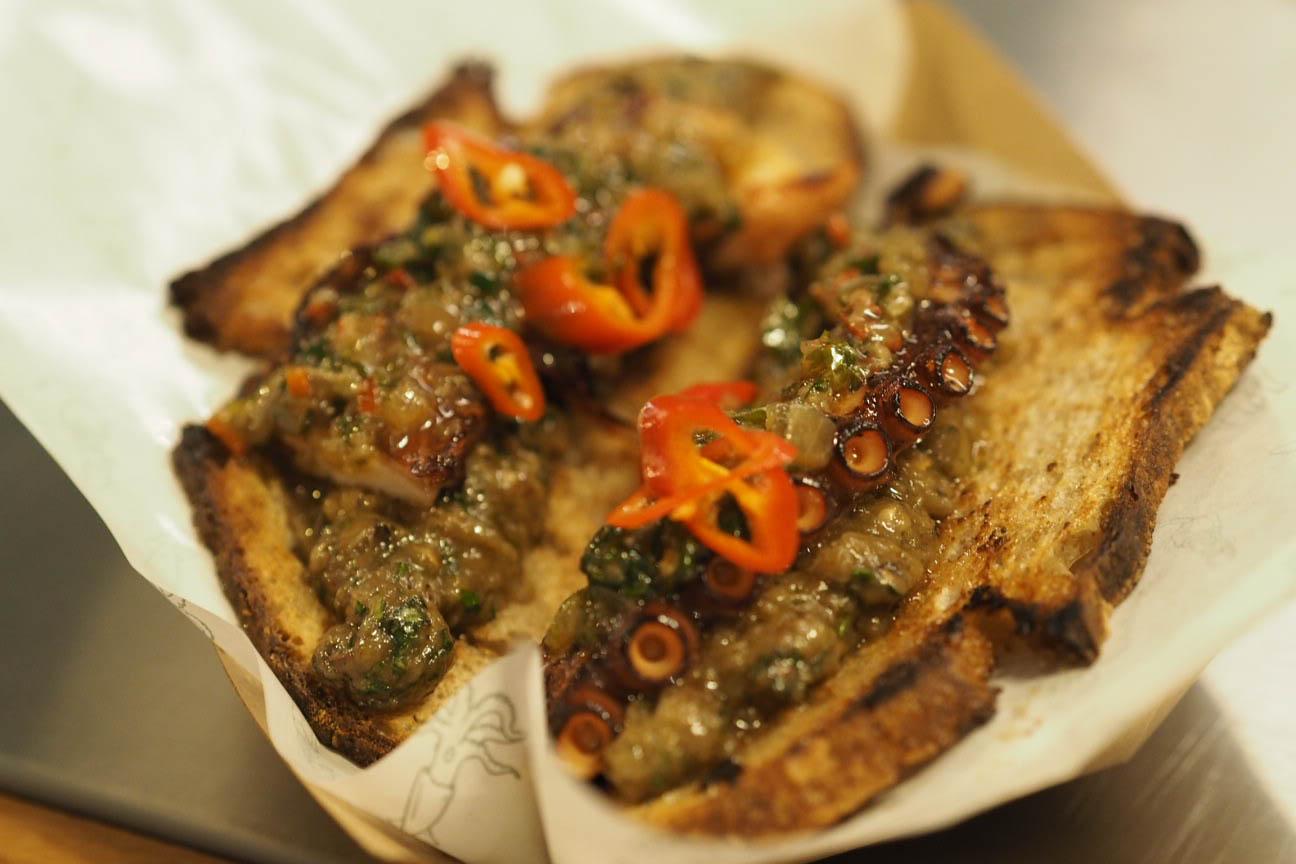 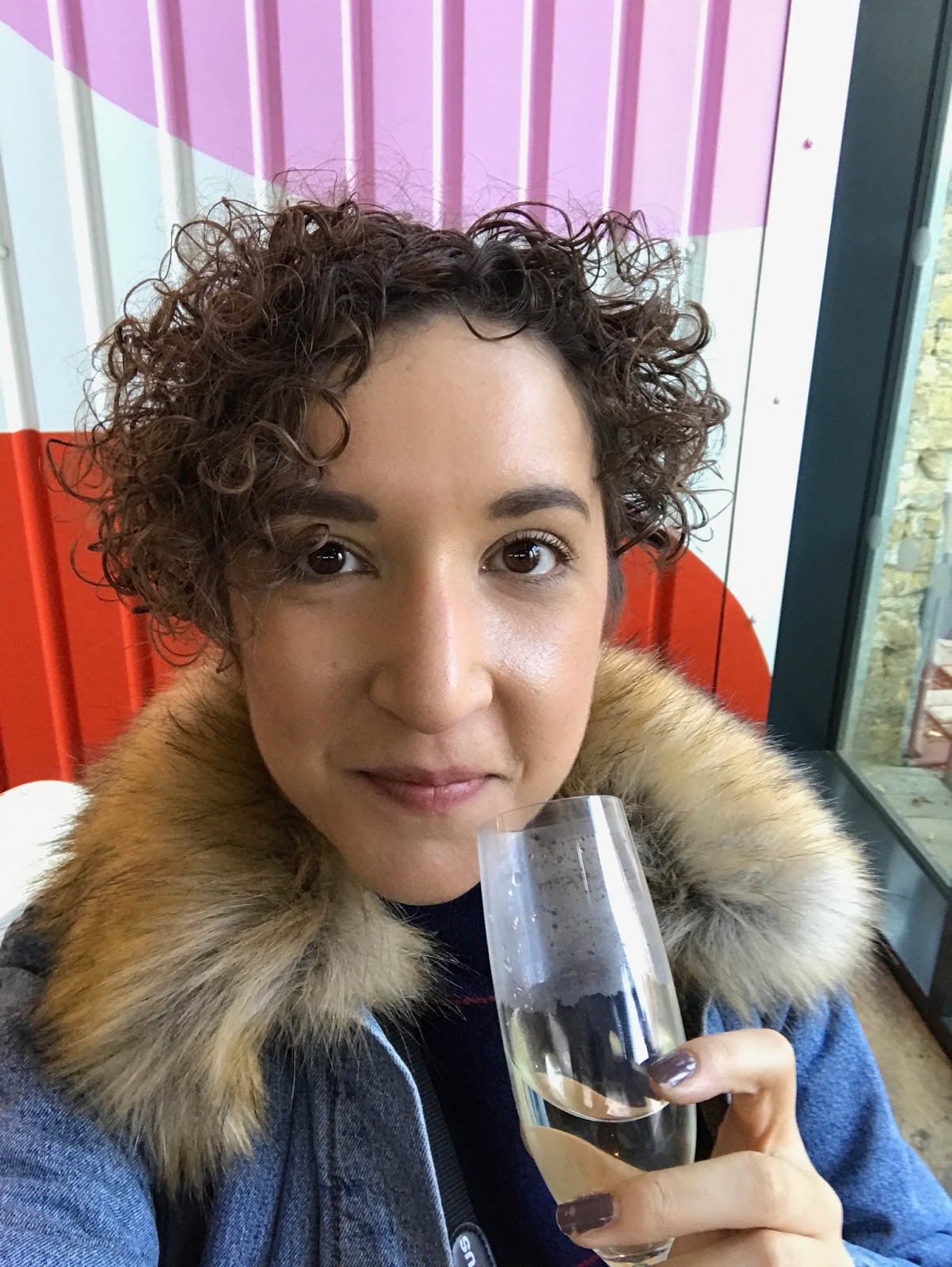 This week I’ve got a few dinners and catch-ups in with awesome friends, birthday parties and a farewell foodie Sunday with my housemates as one of them moves out, making room for Leigh to move in. Hooray! Hope you all have a great week.