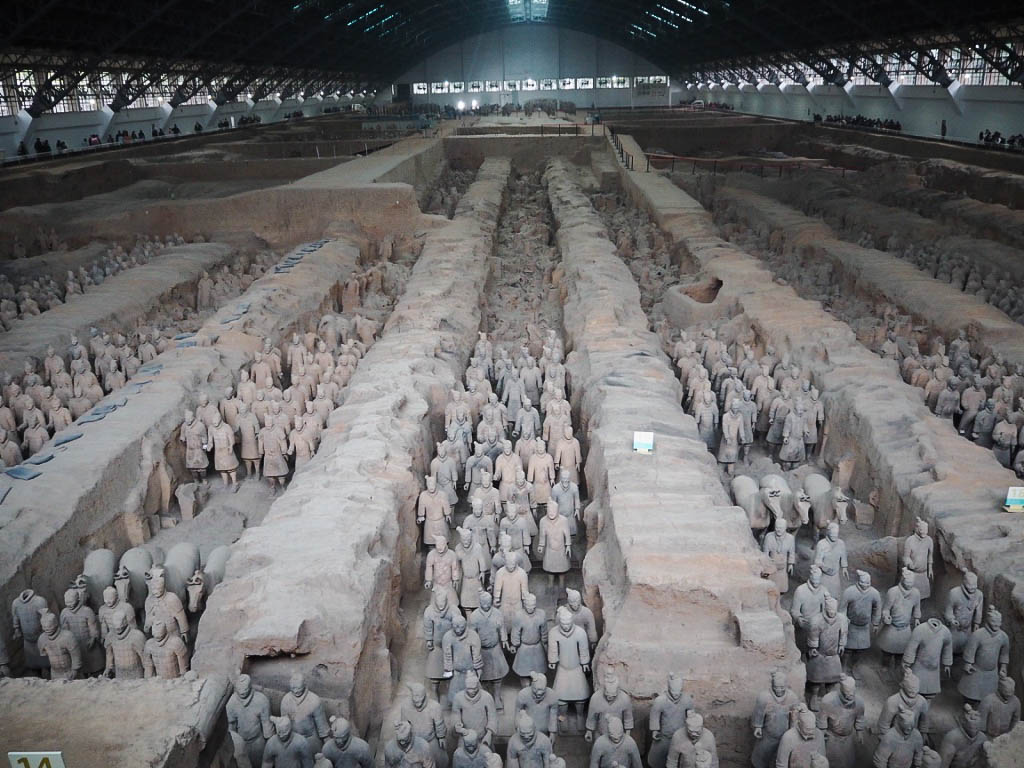 Let’s get this out of the way up front: Terracotta Army, bucket list, once in a lifetime blah blah. You’ll have heard all those cliches before when it comes to one of the world’s most famous manmade wonders. I was skeptical about visiting but I was damn curious, and although it wasn’t on my original itinerary, I decided to make a detour to Xi’an and drop in on those infamous soldiers.

I booked myself onto a tour which picked me up from my hotel and included an English speaking guide. After a stressful first day in Xi’an, it turned out to be the best idea ever because the Warriors are a good 90 minute drive from the city and I didn’t fancy that on public transport when I had absolutely zero idea where I was. Driving with the group through the middle-of-nowhere China, we passed industrial estates followed by swathes of blank nothingness, ending up in a small village where we were instantly surrounded by locals trying to sell souvenirs. 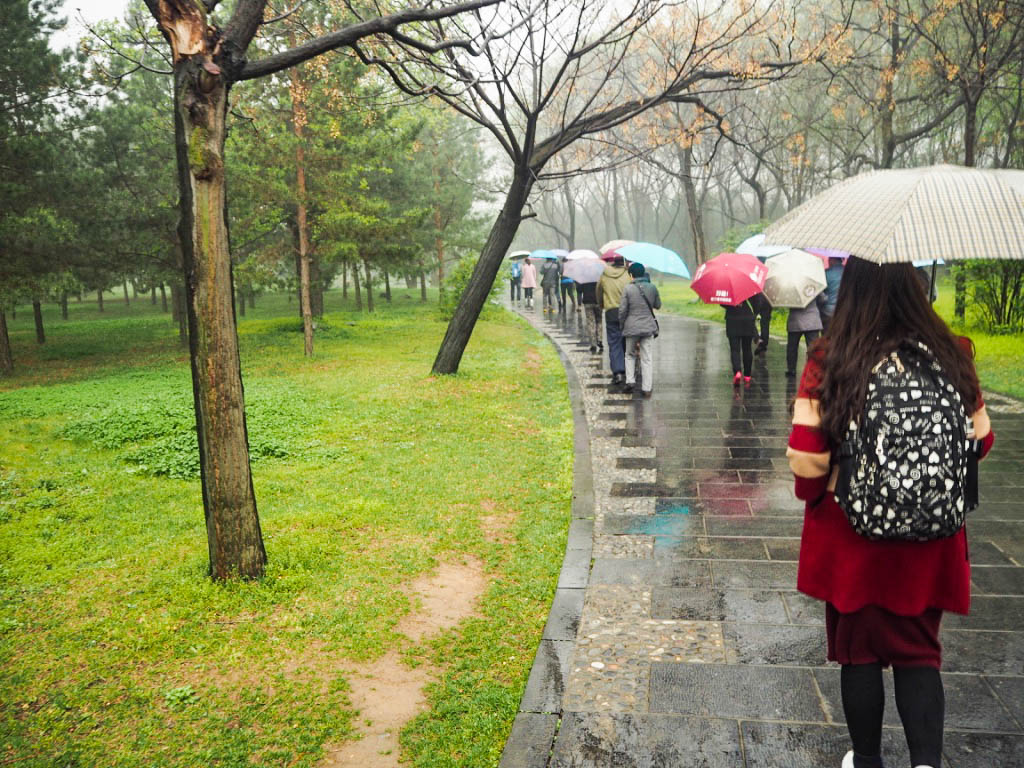 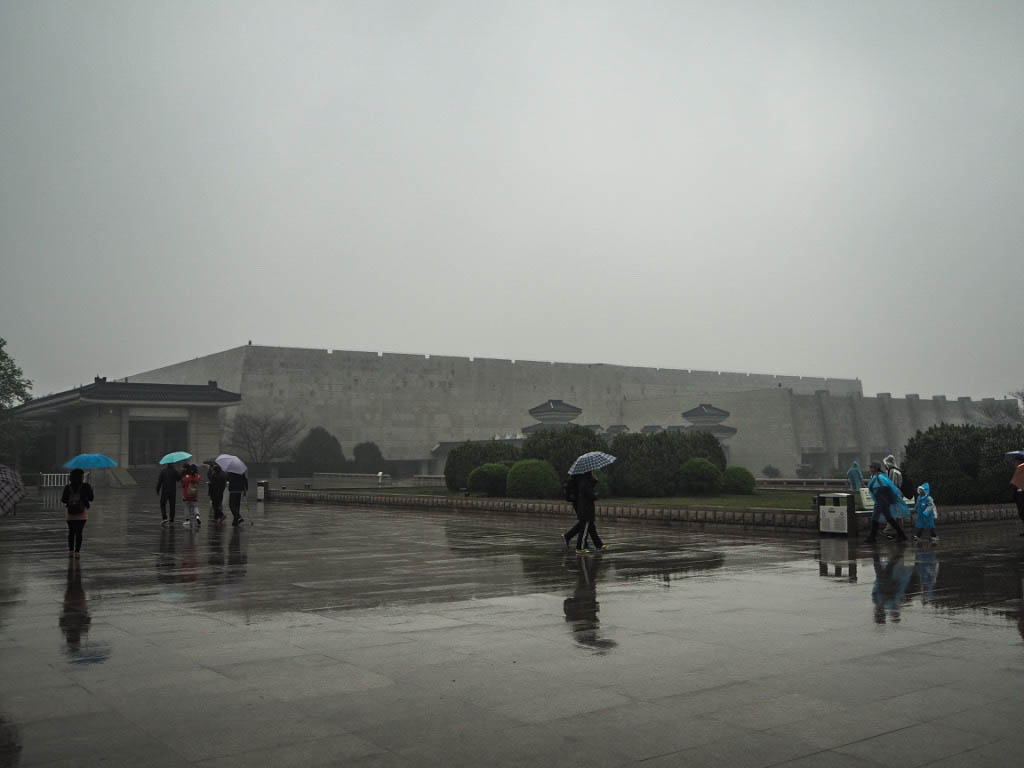 Tickets bought and security check points passed, we made the ten minute walk along a winding path until we reached the enormous Pit 1. Those images you always see on TV of row up on row of soldiers? You’re looking at Pit 1 – the biggest and most uncovered of the three areas to be discovered. 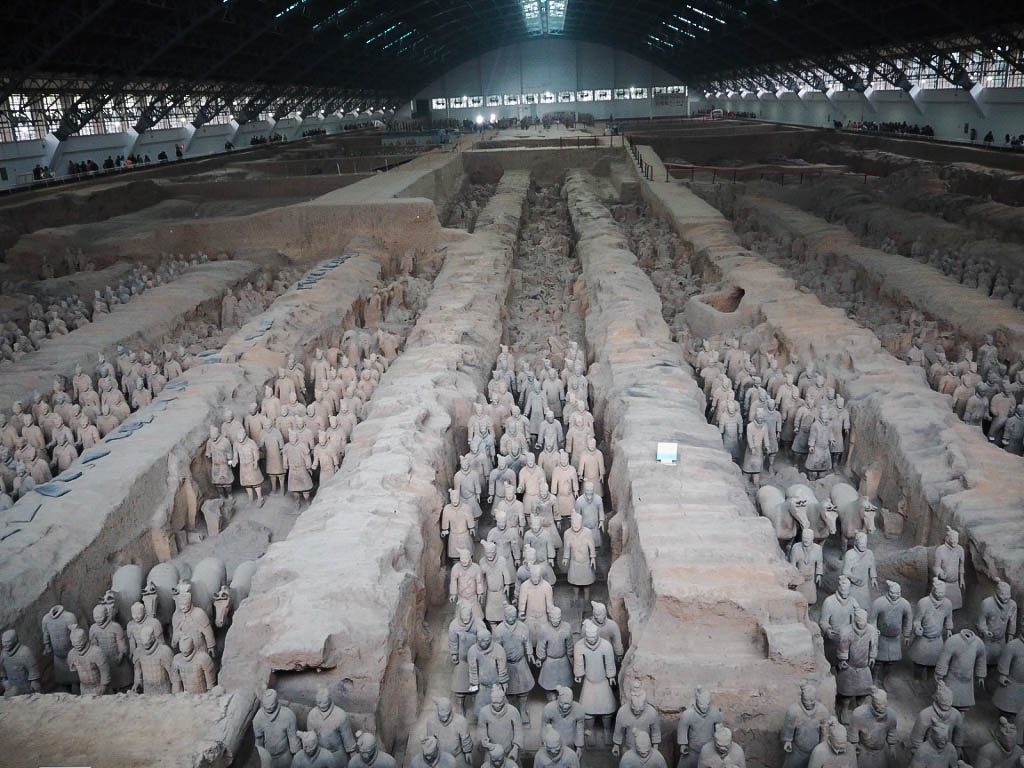 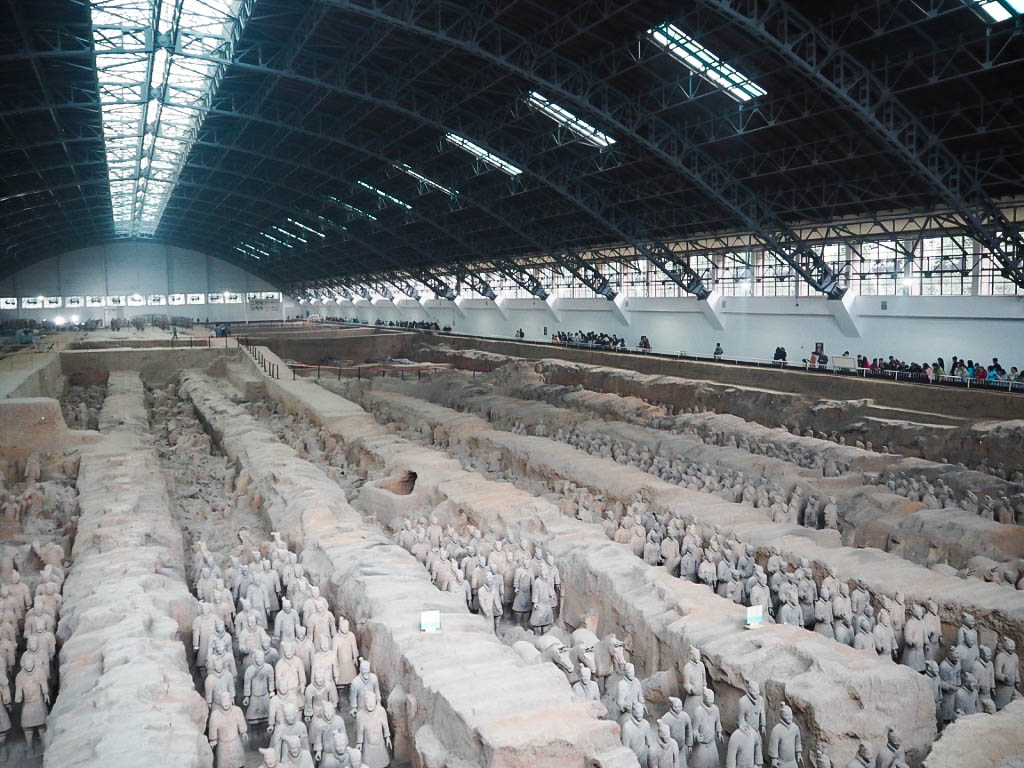 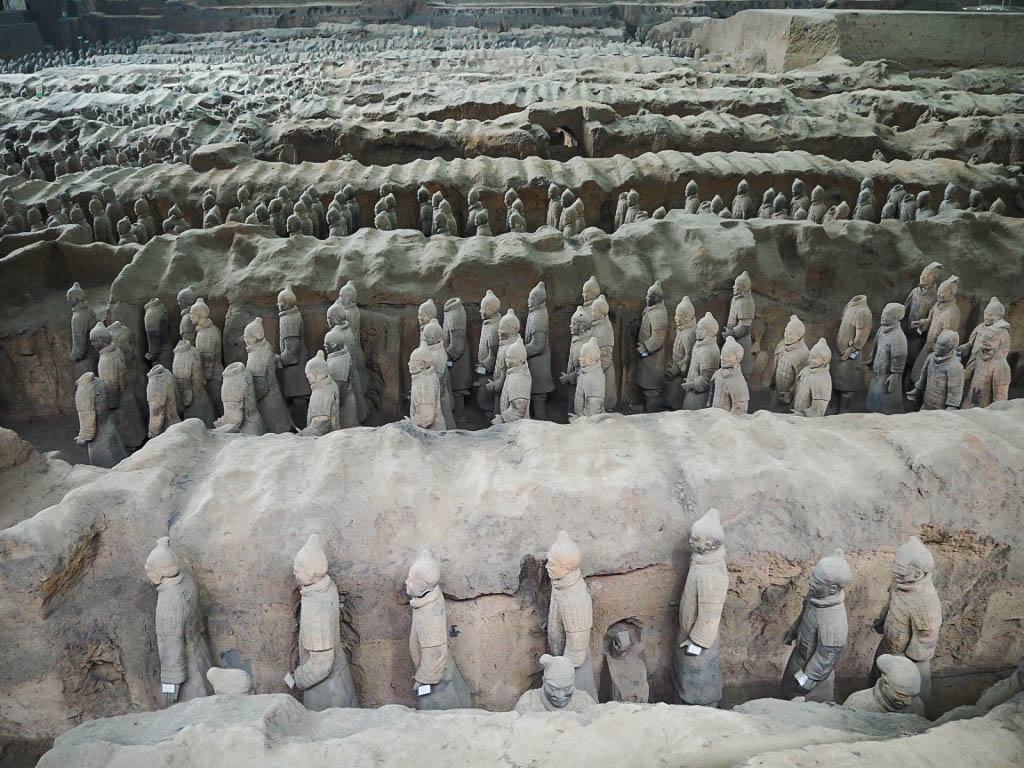 It took a bit of elbowing to get to the front of the rows of selfie sticks but then I saw them in all their glory, and it is utterly staggering. Closely packed together, all looking fierce and battle ready despite waiting to be called up since 246 BCE. Every face is different and not just subtly; you can tell every soldier has their own story. 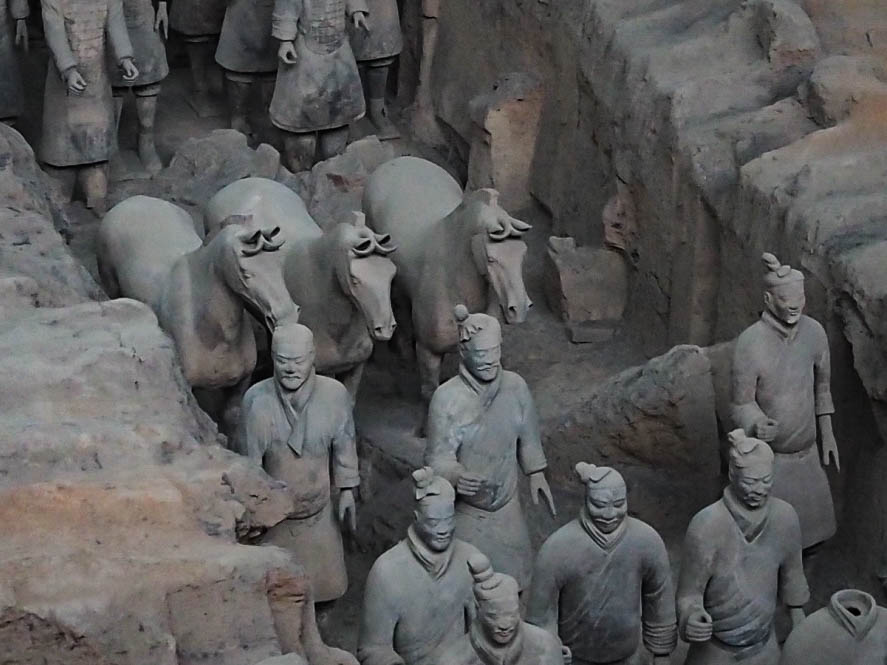 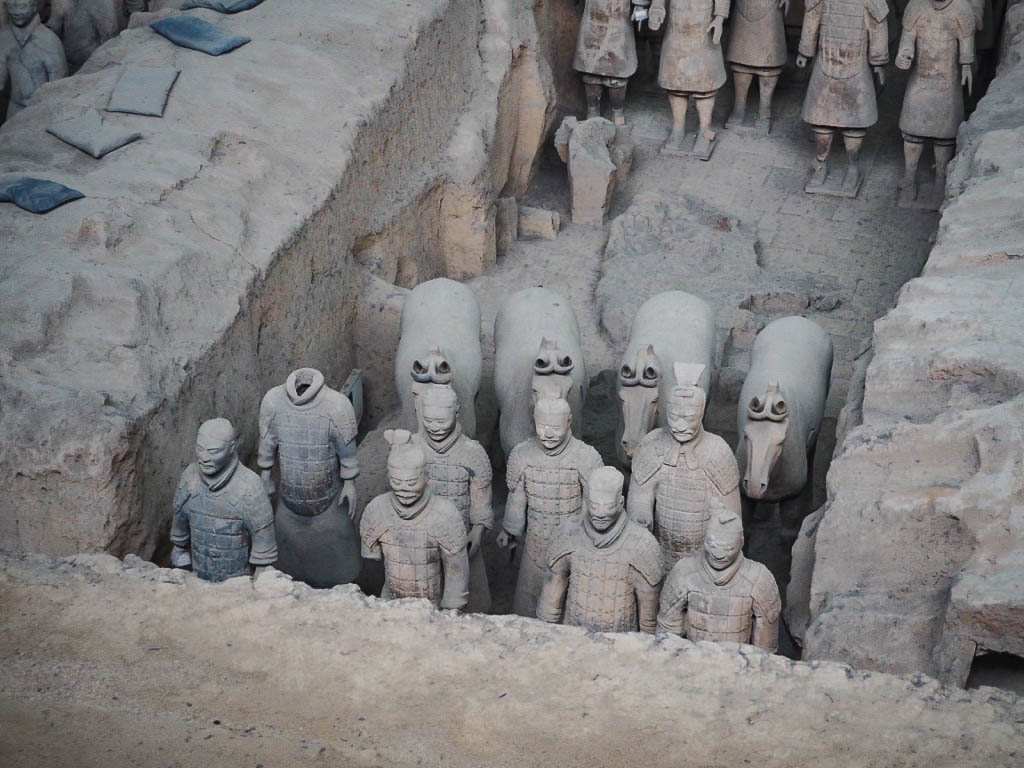 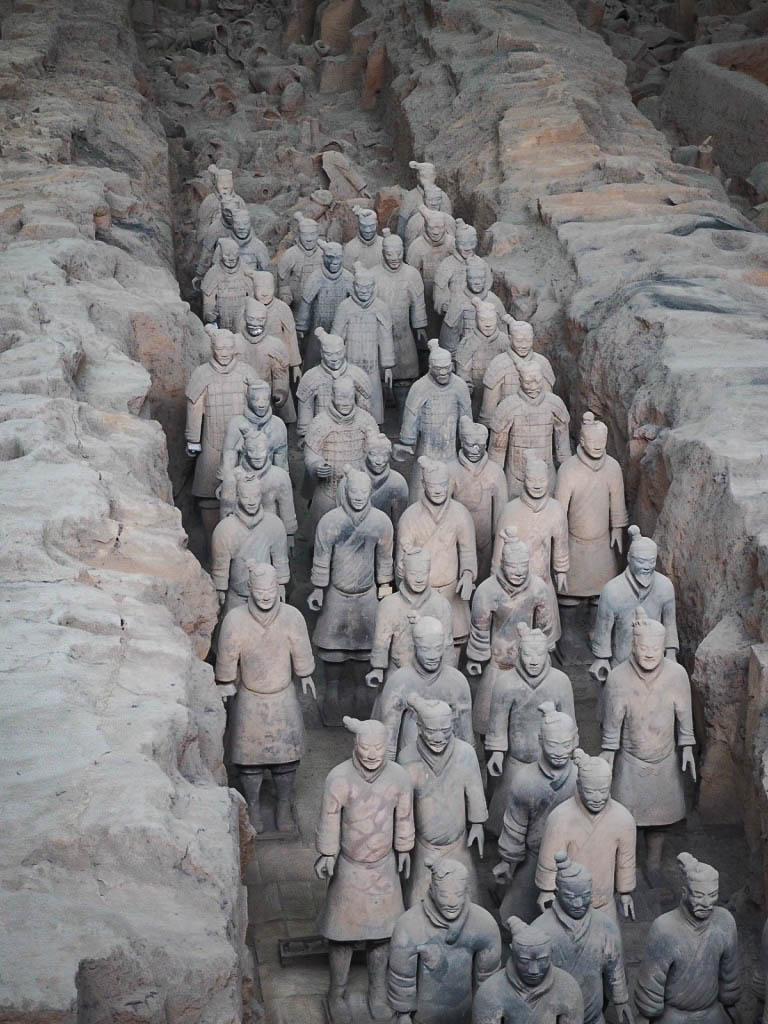 As you walk around you get a 360 view of the pit, spotting fallen or broken soldiers, or a peek at those not quite fully uncovered yet.

Pit 2 showed just how buried the statues are, with mounds of earth piled up next to and on top of the soldiers. These figures weren’t just standing alone though, instead they were joined by terracotta horses which would have pulled a chariot that now no longer exists. And they’re not all fully formed; many of the statues have broken over apart because let’s not forget, they are really, really old. 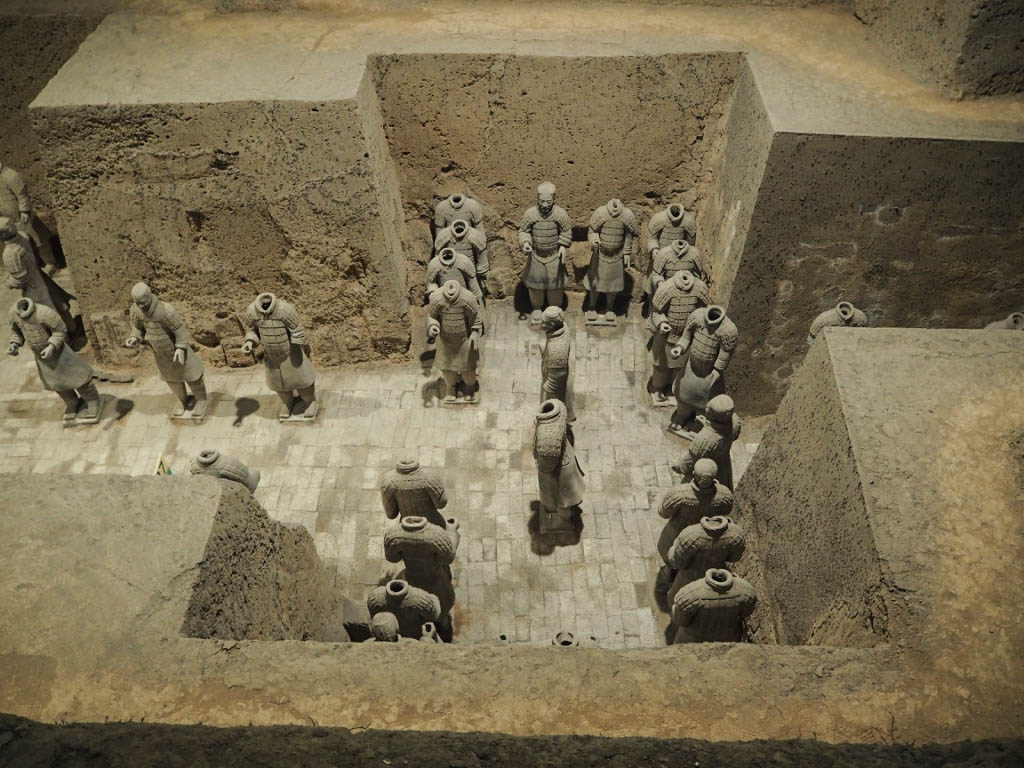 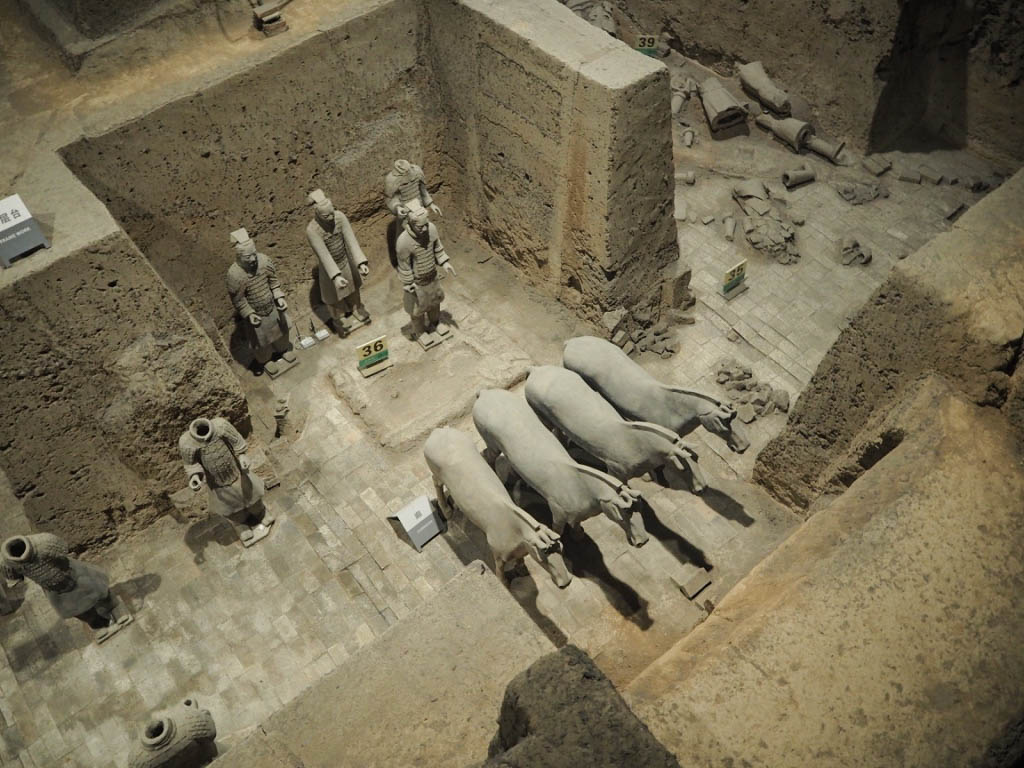 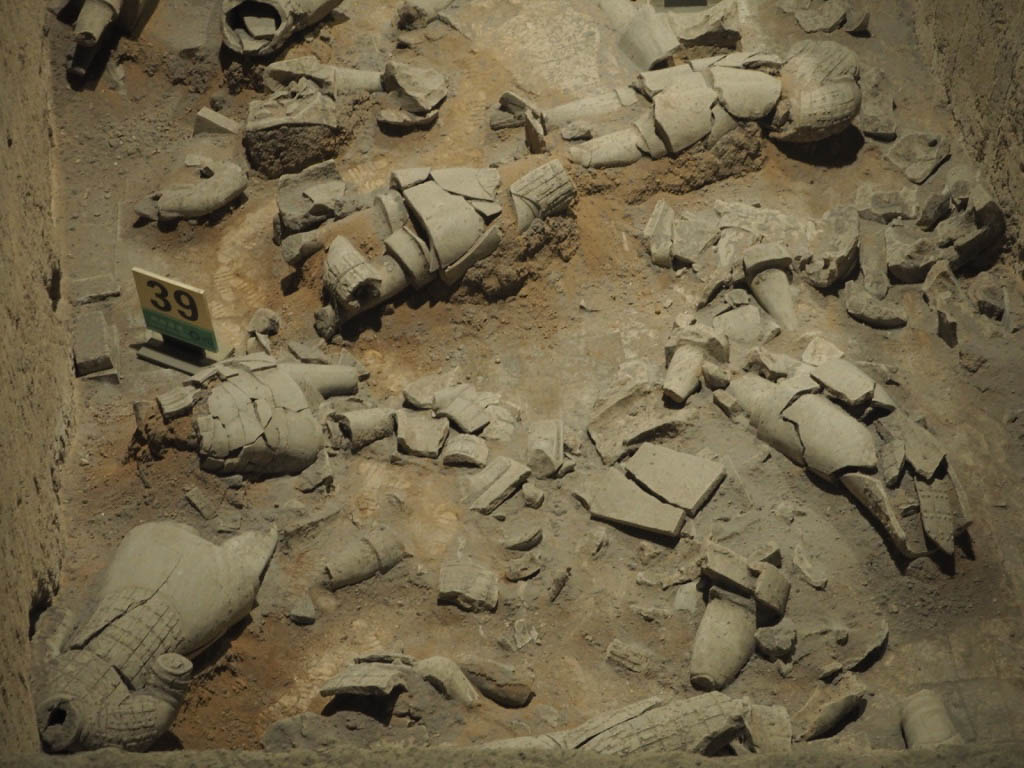 Finally Pit 3 showed us how the warriors would have originally looked when they were first completed: painted with bright, beautiful colours which have obviously now faded with time. This pit is still very much an active archaeological site and I watched a team brush and chip away at a tiny area, patiently and seemingly with no end in sight. 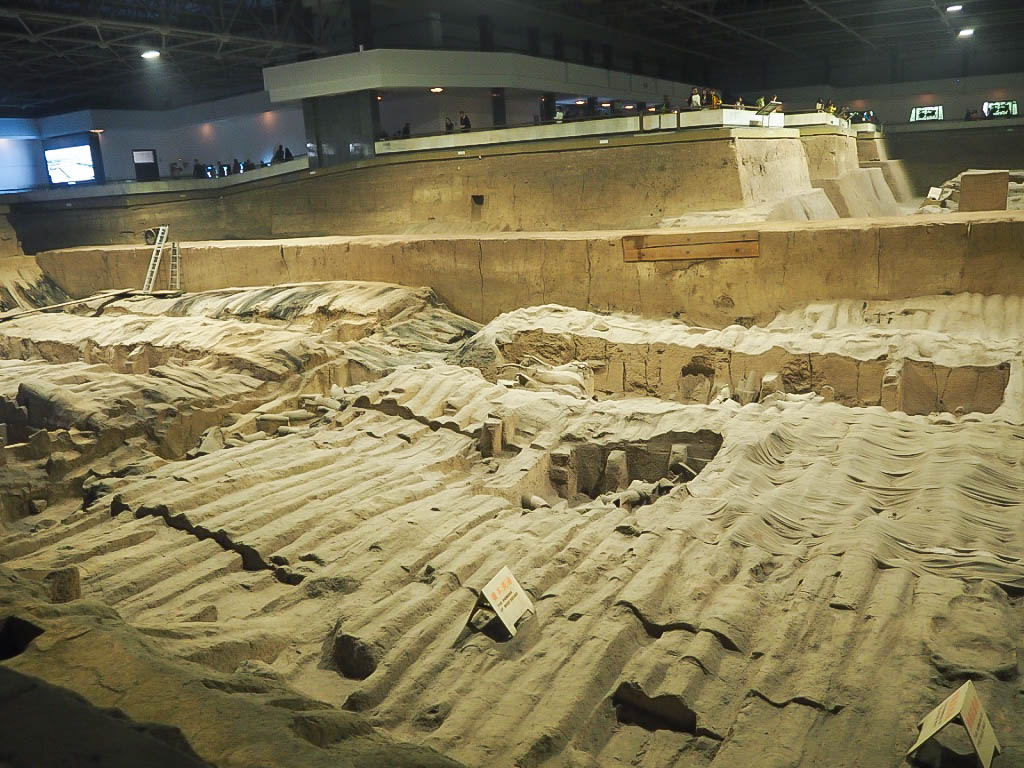 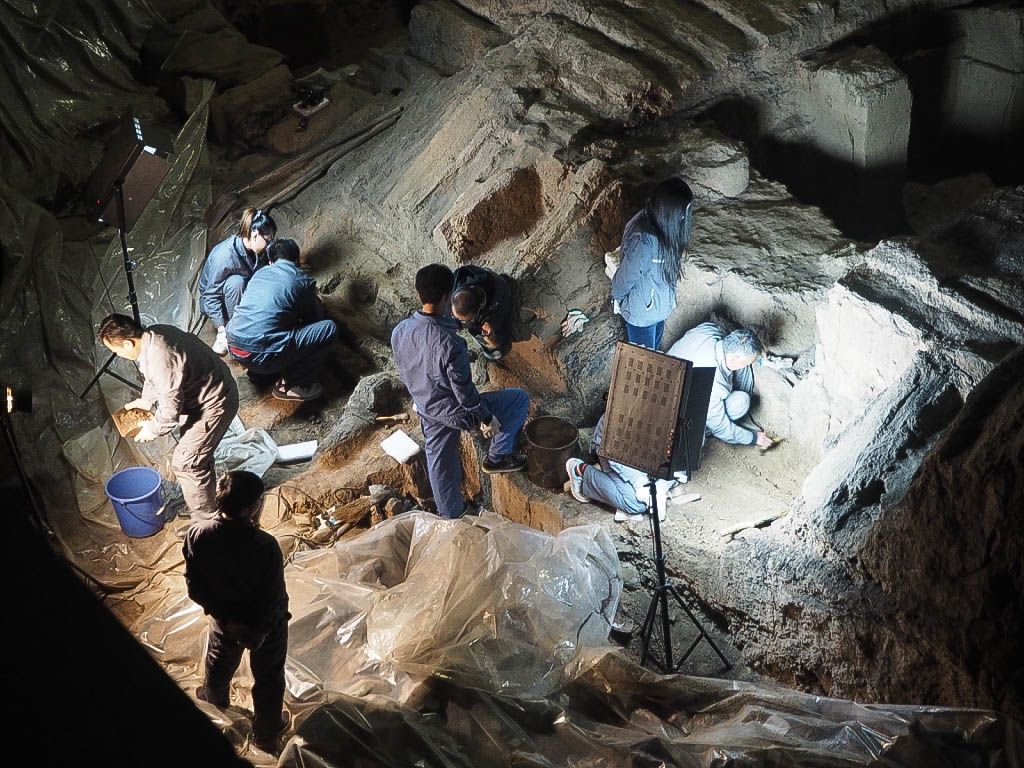 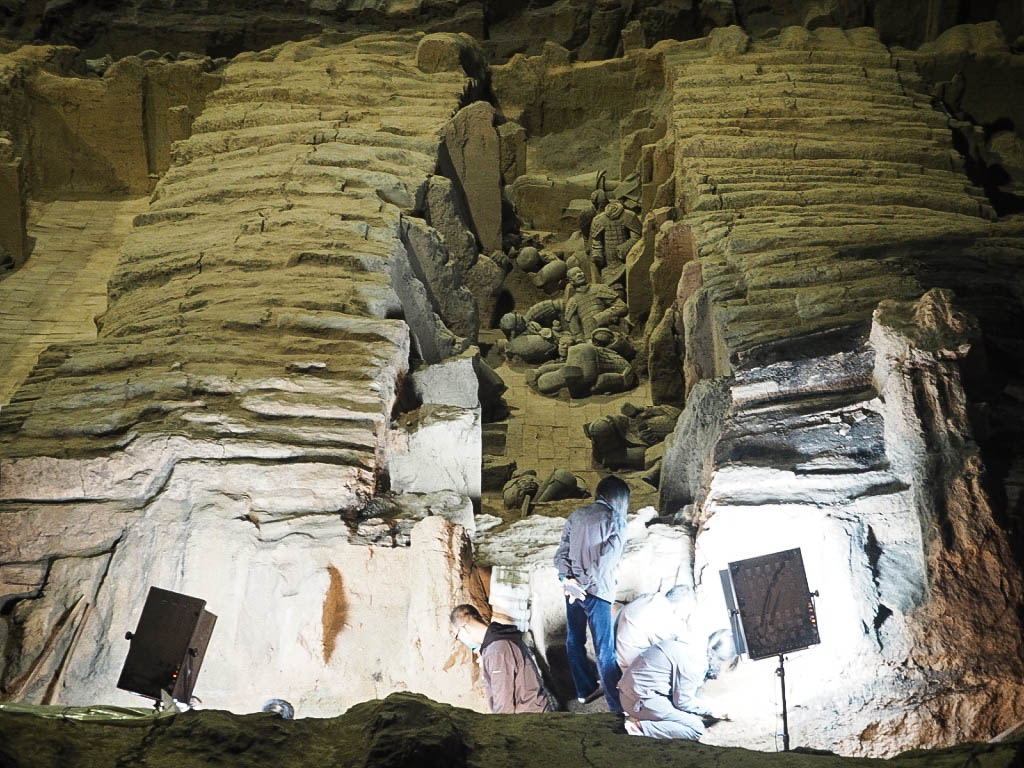 I asked our guide when they expect to fully uncover the whole site and she said it would be another 40 years! Can you imagine how vast the area is and what other treasures are still waiting to be found under the ground? It would be amazing to go back again in the future and see what else has been revealed. Looks like that’s my holiday for 2056 planned!