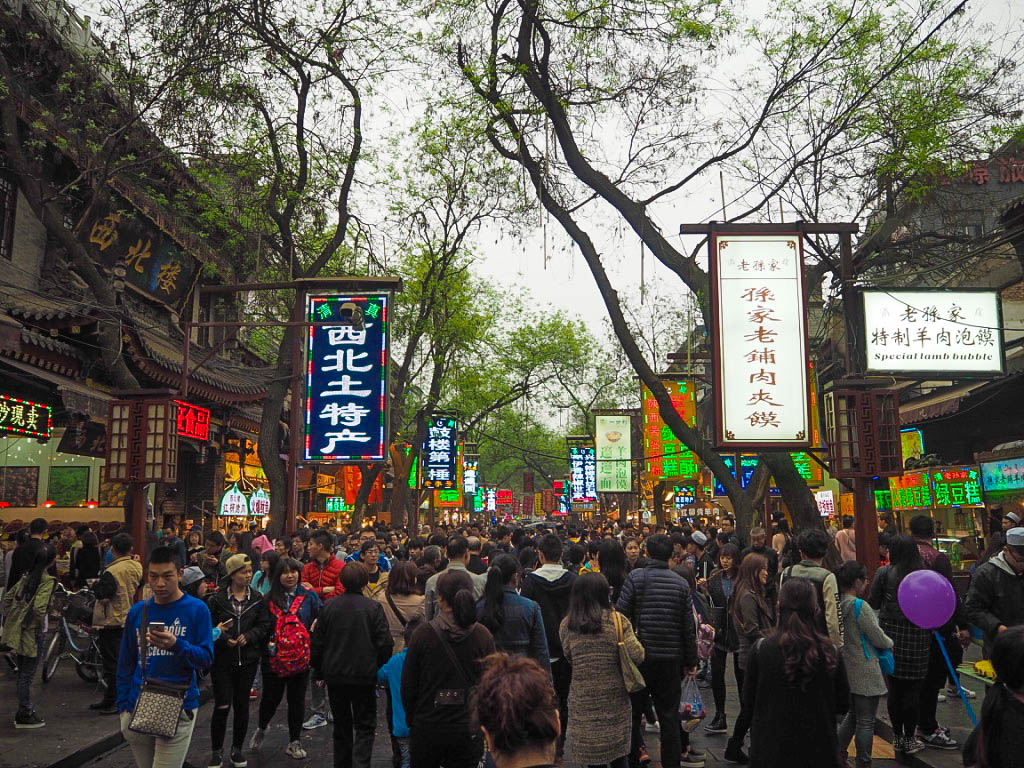 Xi’an was an unplanned part of my Chinese itinerary, but as I’d been to Beijing before it seemed to make more sense to head there for a few days before leaving for Seoul and visit the Terracotta Warriors. I wasn’t sure what else the city had to offer aside from being the gateway to the famous world heritage site, but a bit of guide book snooping made it clear that eating at the Muslim Quarter was top of the list. 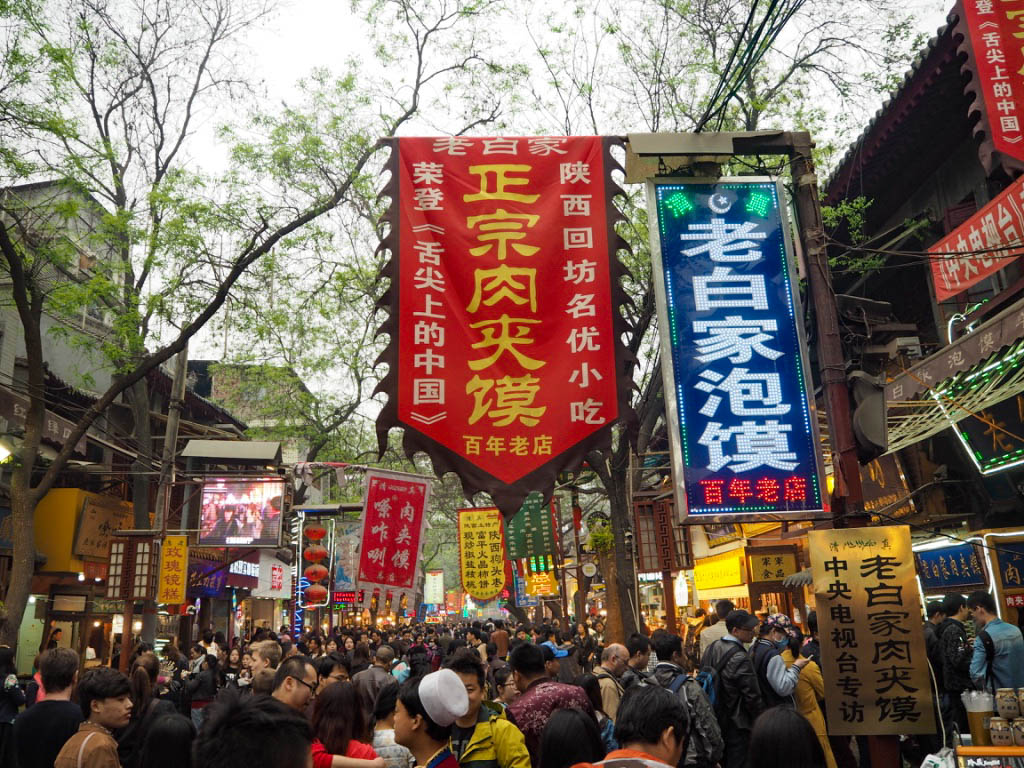 I arrived in Xi’an on a public holiday and holy chopsticks was it busy. I’m talking Westfield on the Saturday before Christmas if every store was also giving out free puppies with every purchase. Multiplied by 100. It was unbelievably loud which made it completely disorientating, the pollution levels were insane, but it was also totally fascinating. I was travelling alone and this was the place on my Big Trip that totally threw me out of my comfort zone. Tired, confused and hungry, I headed further into the throng, desperate to find anything to eat that looked vaguely familiar.

Seeing a sign for ‘Mr Potato’ was like a carb-based angel had just landed on my shoulder. Absolutely caked in oil and MSG, I wolfed them down, forgetting that they’d also been served with rather a lot of chilli. Spicy as hell but it gave me a surge of energy to brave exploring a little further. 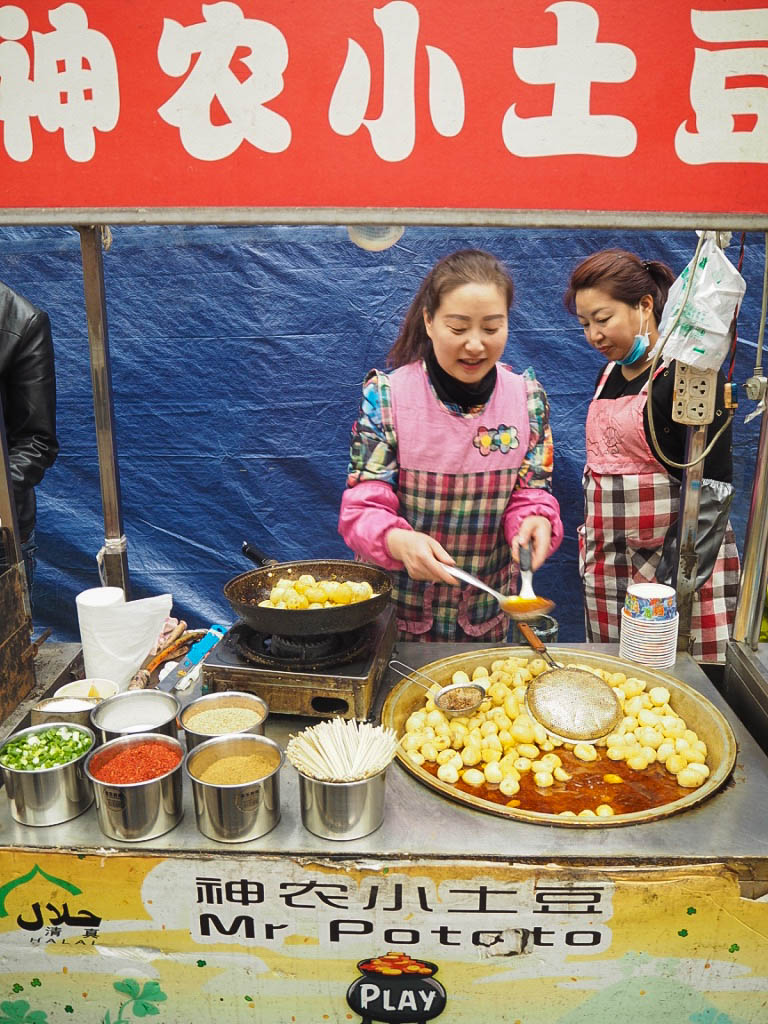 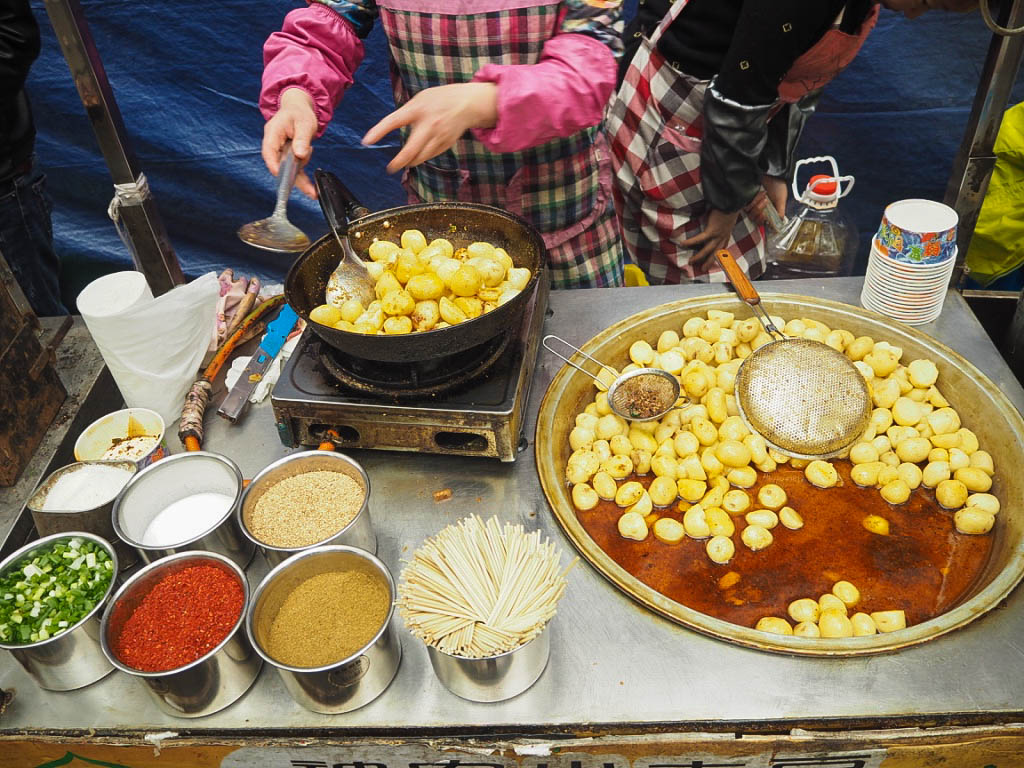 The market seems to specialise in miscellaneous meat on sticks. And not just a kebab skewer, I mean actual sticks that look like they’d been pulled off the nearest tree. Some of the meat seemed to come from the carcasses being butchered in the street which was pretty rough and ready by all accounts. I decided not to risk getting the shits in a city where I was very much the only westerner, but they did look more appetising than the trays of pigs trotters I saw on every corner. 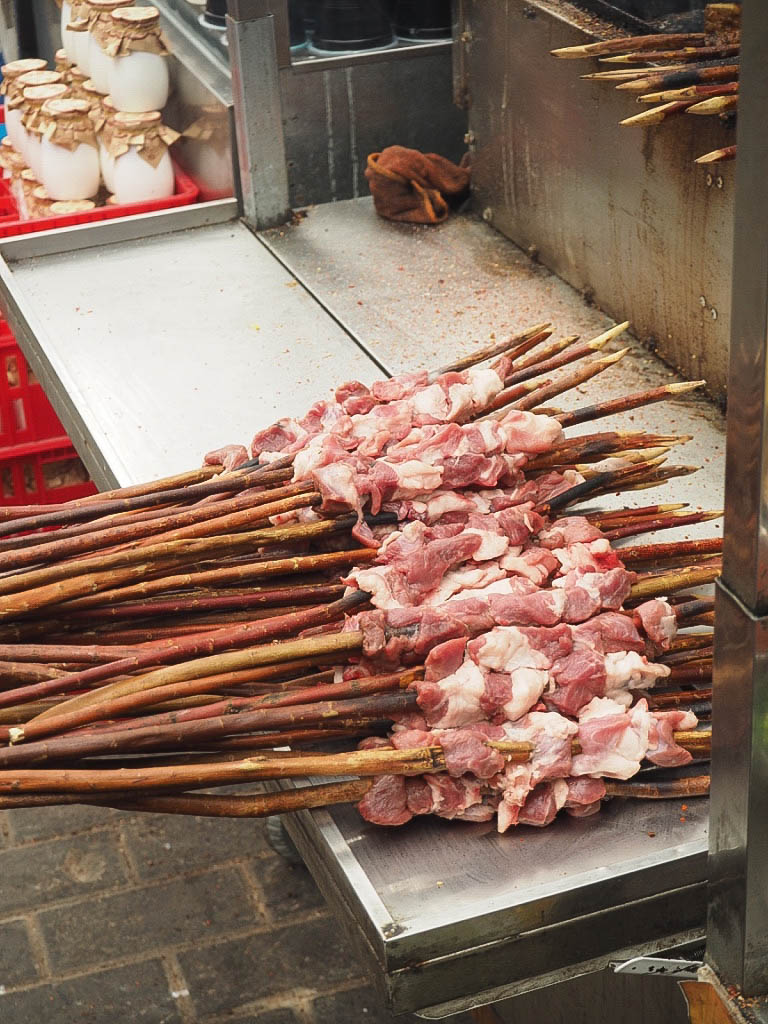 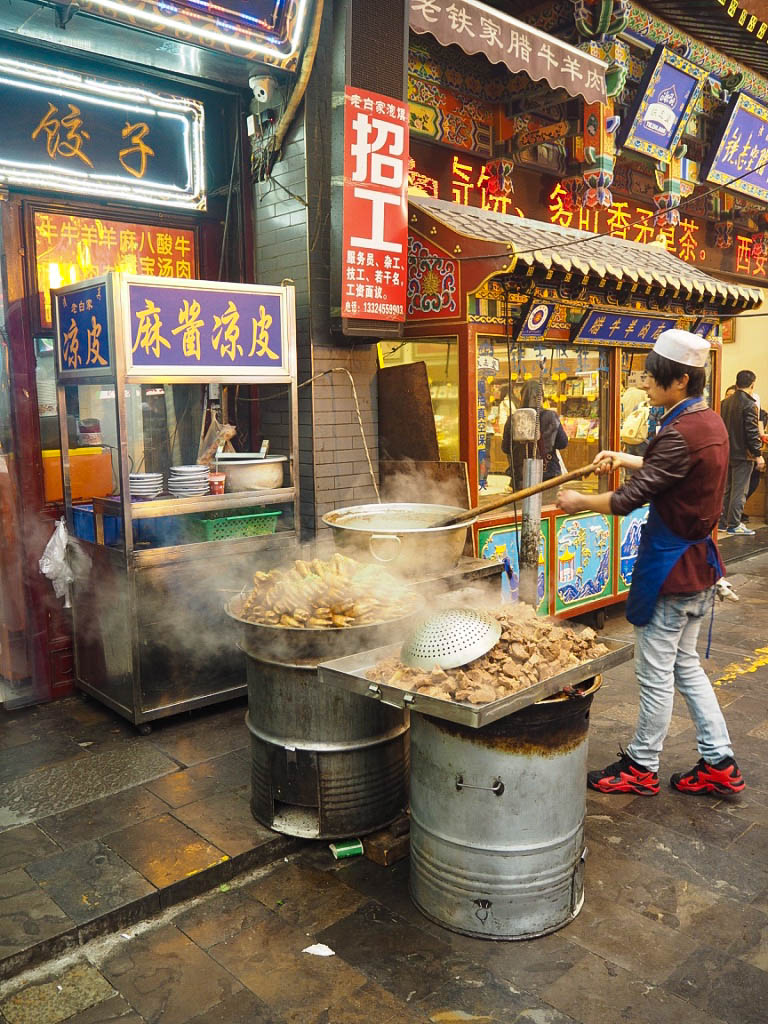 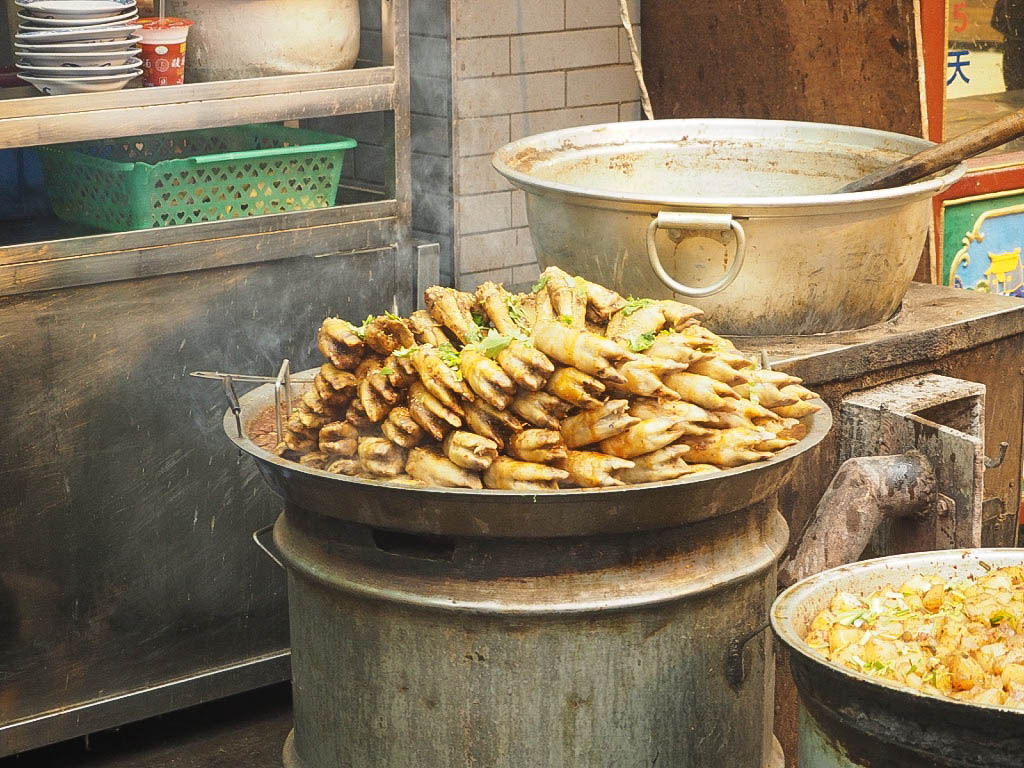 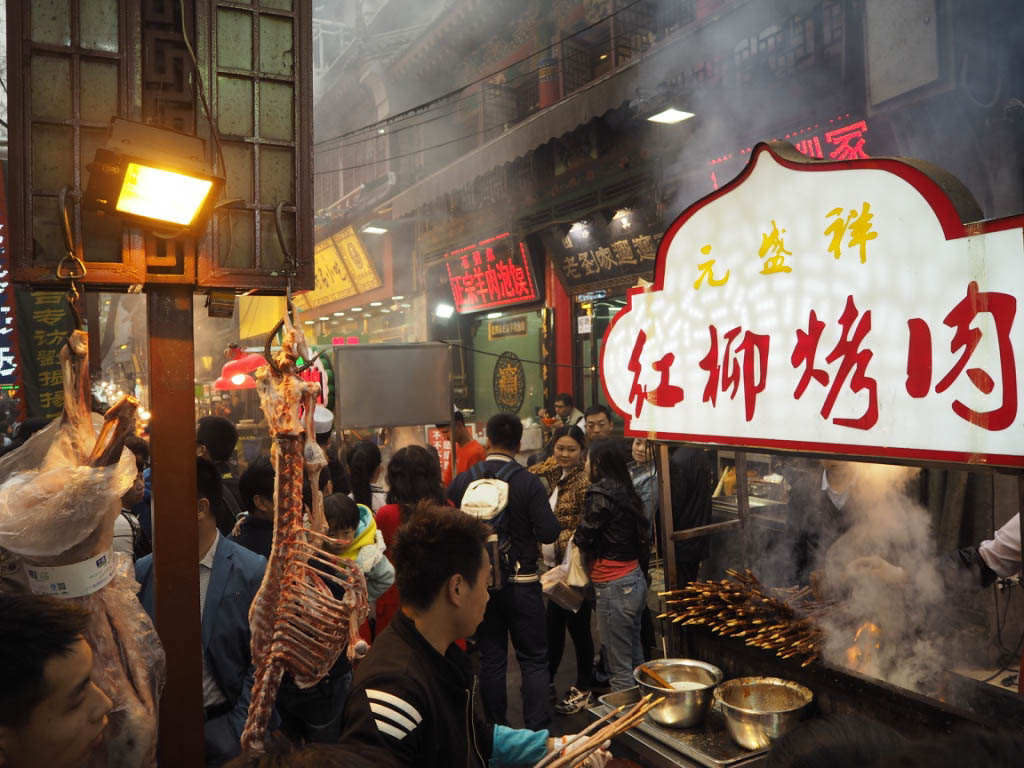 I was actually in search for the famous Xi’an hamburger, or roujiamo. As I had no way of asking for recommendations, I did the most British thing possible and joined the longest queue. I paid for a plastic card which was exchanged at the front and waited patiently, unlike everyone else around me. Standing in line with a decent level of personal space in between each person isn’t really a thing in China! 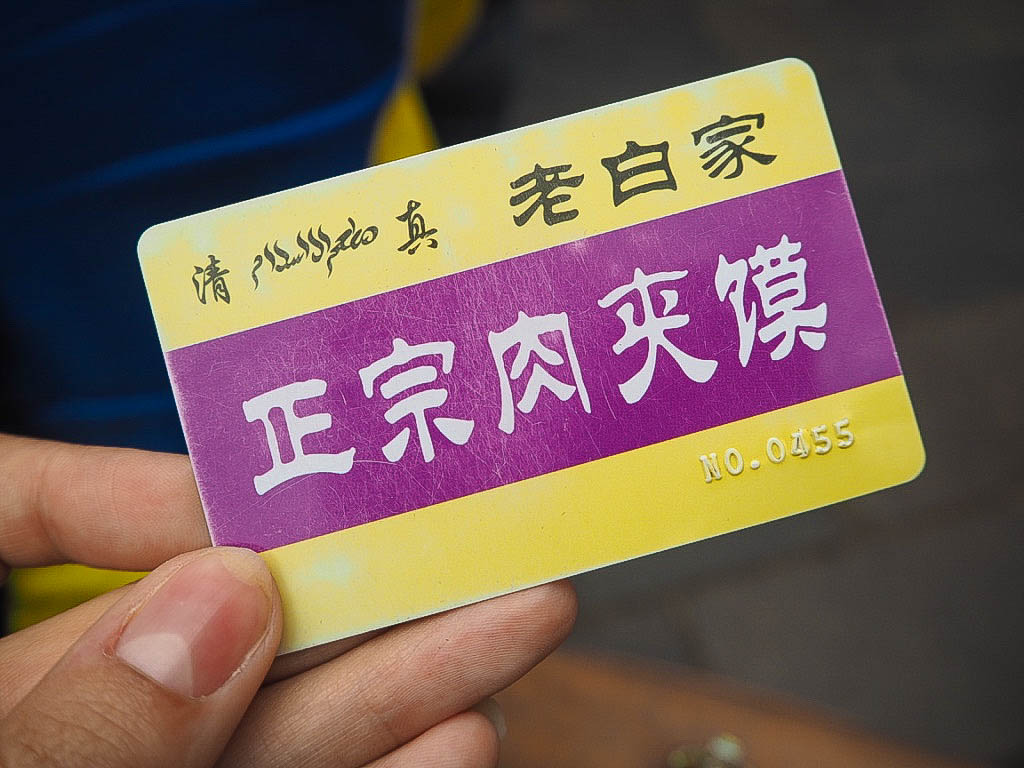 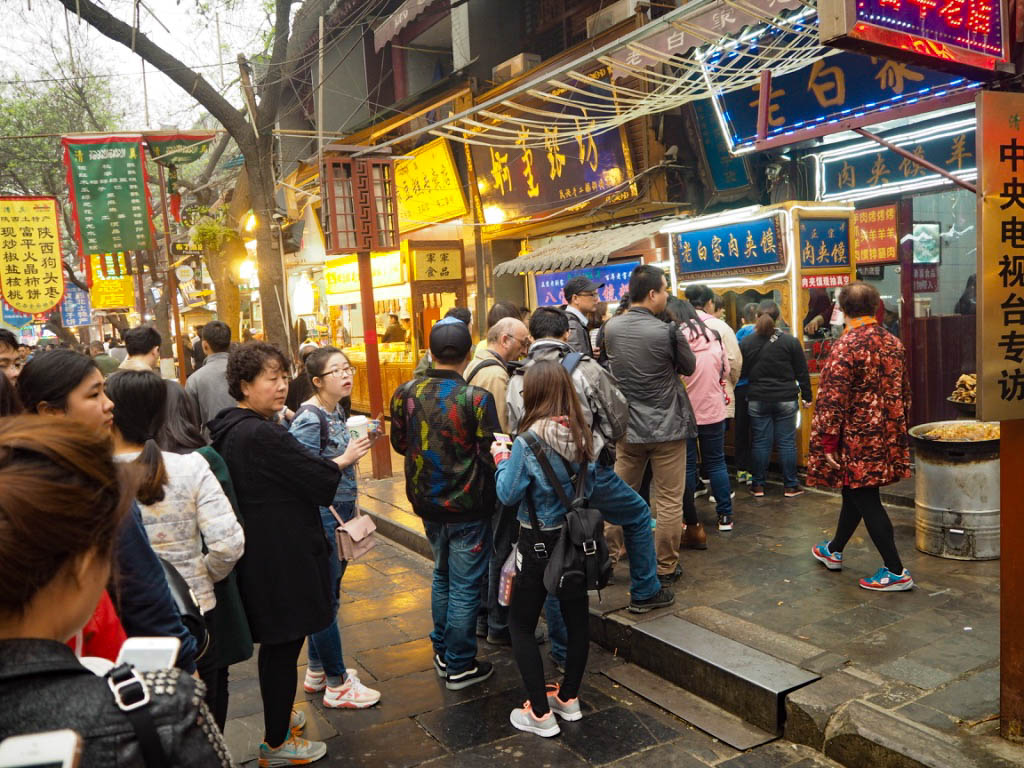 Finally at the front I got a good glimpse of the seasoned beef made with cumin and pepper, which was thrown onto a chopping board and viciously attacked with a cleaver. Chopped meat literally flew in all directions, there was absolutely no culinary technique to it. It was then thrown into a mo which was basically a type of flatbread, and then topped with a chilli sauce. It is a total mess to eat and to be honest, it could’ve done with some salt, but the meat was certainly succulent from the slow cooking, and I adored the stodge of the bread after going weeks without having any. 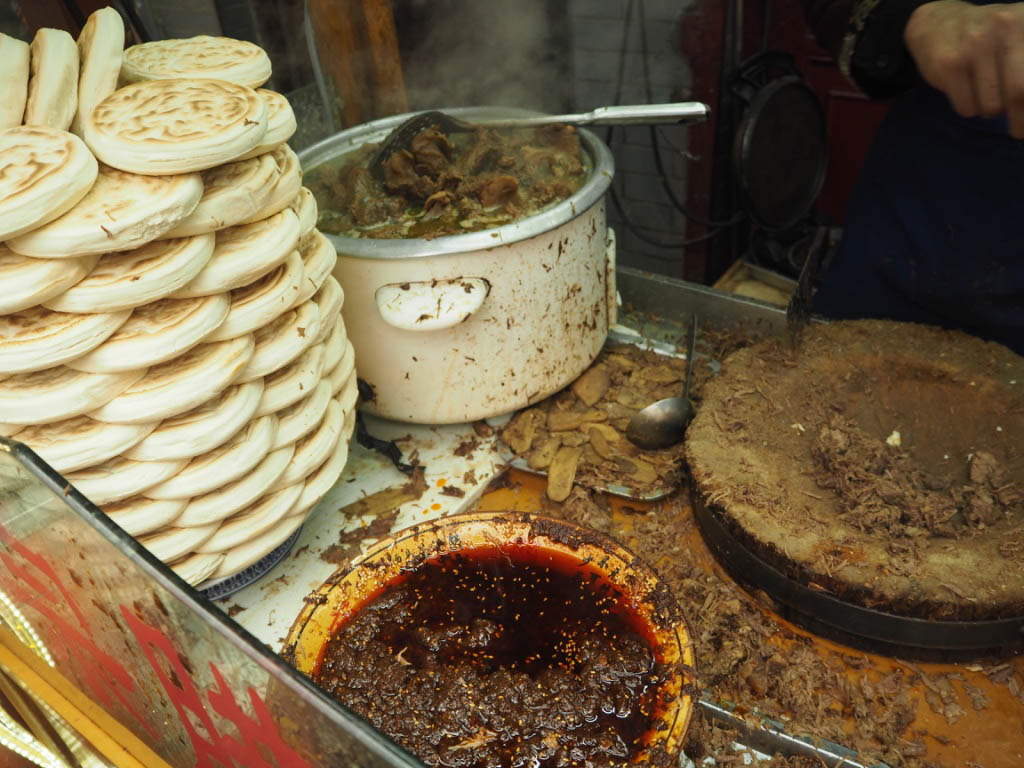 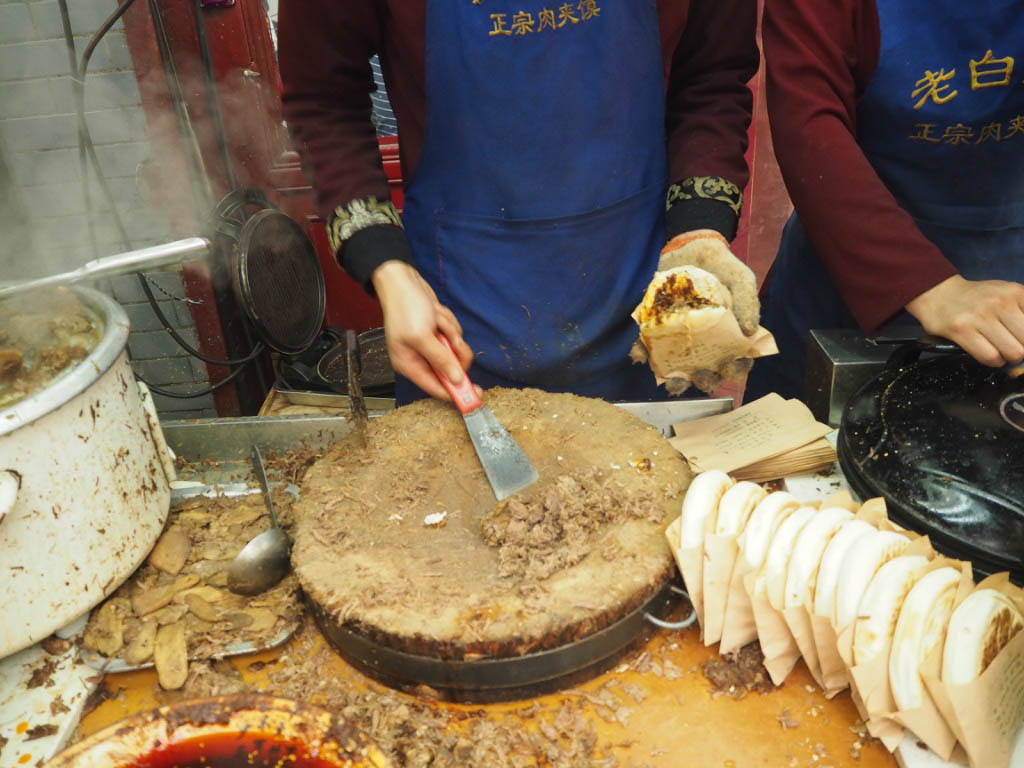 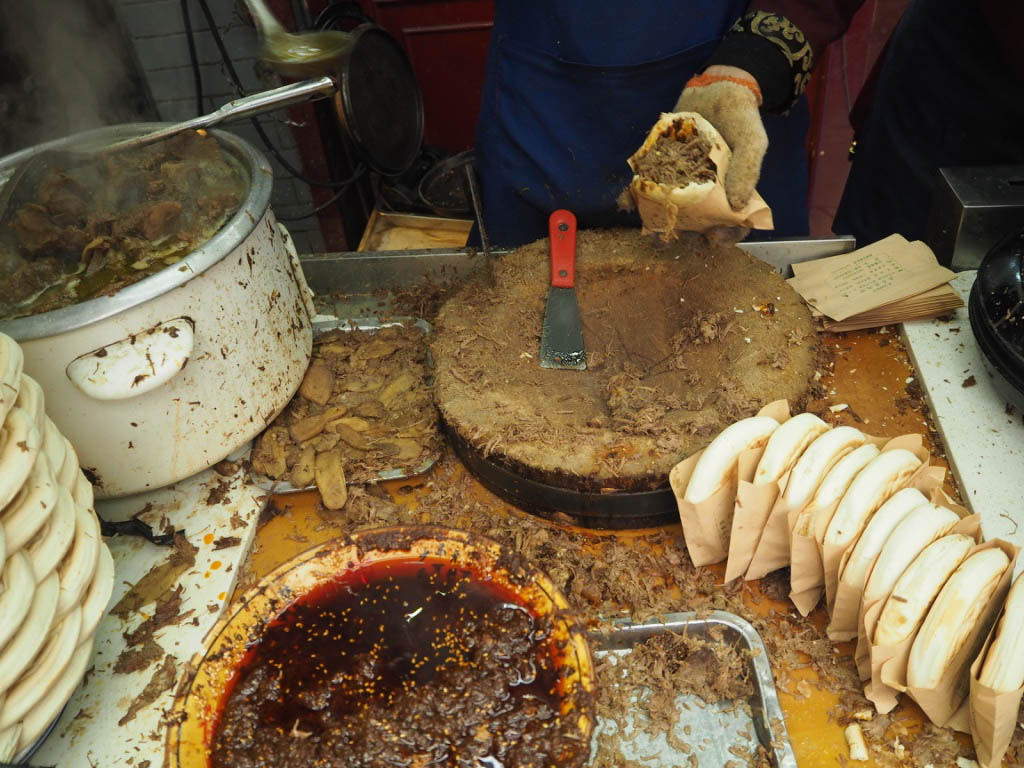 I took it, demolished it, and then scarpered back to my hotel to hide from the manic crowds.