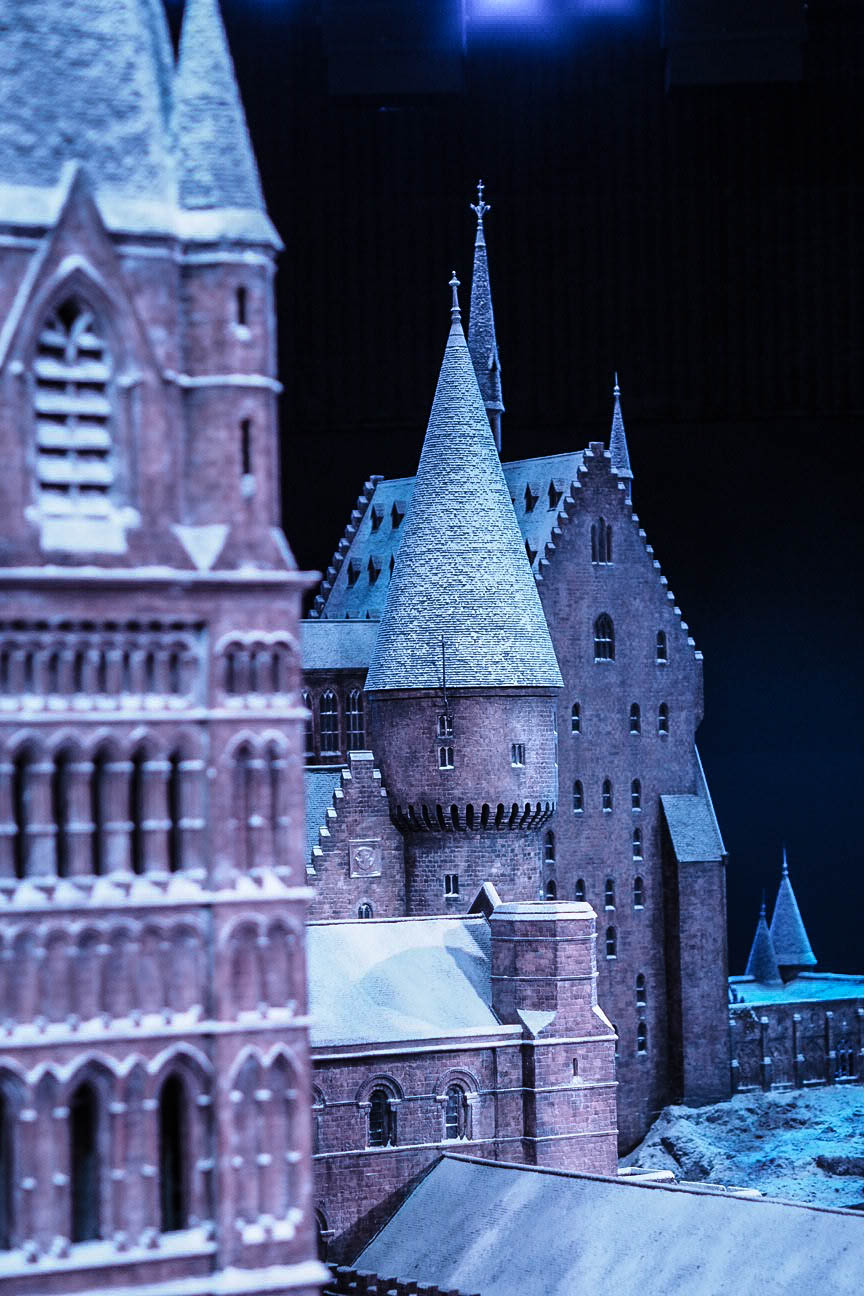 This year has been an incredible treasure trove of opportunities for me as a Harry Potter fan. I’ve seen Cursed Child TWICE, met stars of the films, and been invited to become an ambassador for JK Rowling’s charity, Lumos. To top it all off, I was then invited to the launch of this year’s Hogwarts in the Snow at the Warner Brothers Studio Tour. I’ve visited the tour twice before but never over Christmas and I was unbelievably excited to see the sets looking festive.

With a goblet of mulled wine in my hand, I entered the Great Hall to find it prepped for an incredible (totally fake) feast. Luckily we had canapés to nibble on whilst enjoying watching the fake Christmas puddings burst into flames and the little witches flying around the tops of lavishly decorated trees. As a loud and proud Ravenclaw, I desperately wanted the crackers on the tables adorned with house emblems. 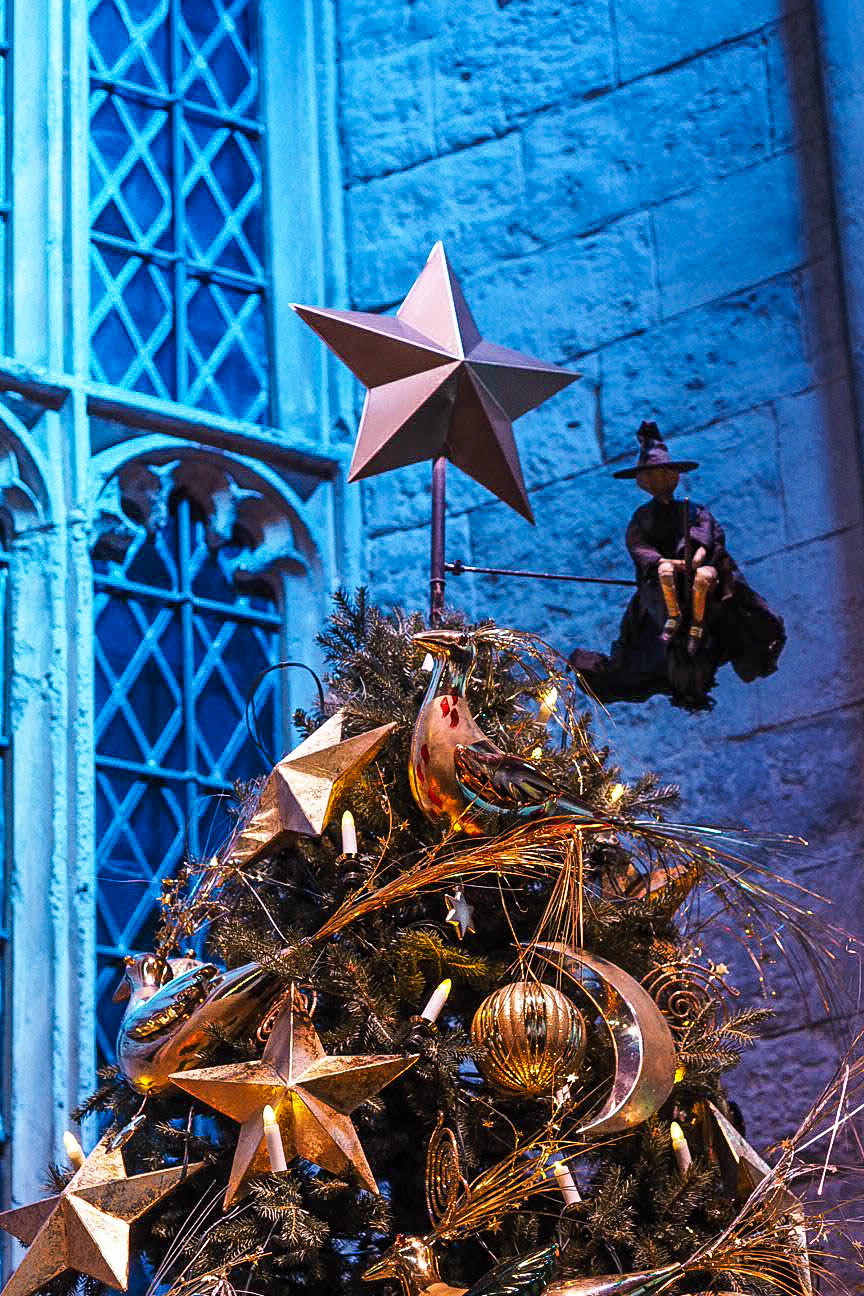 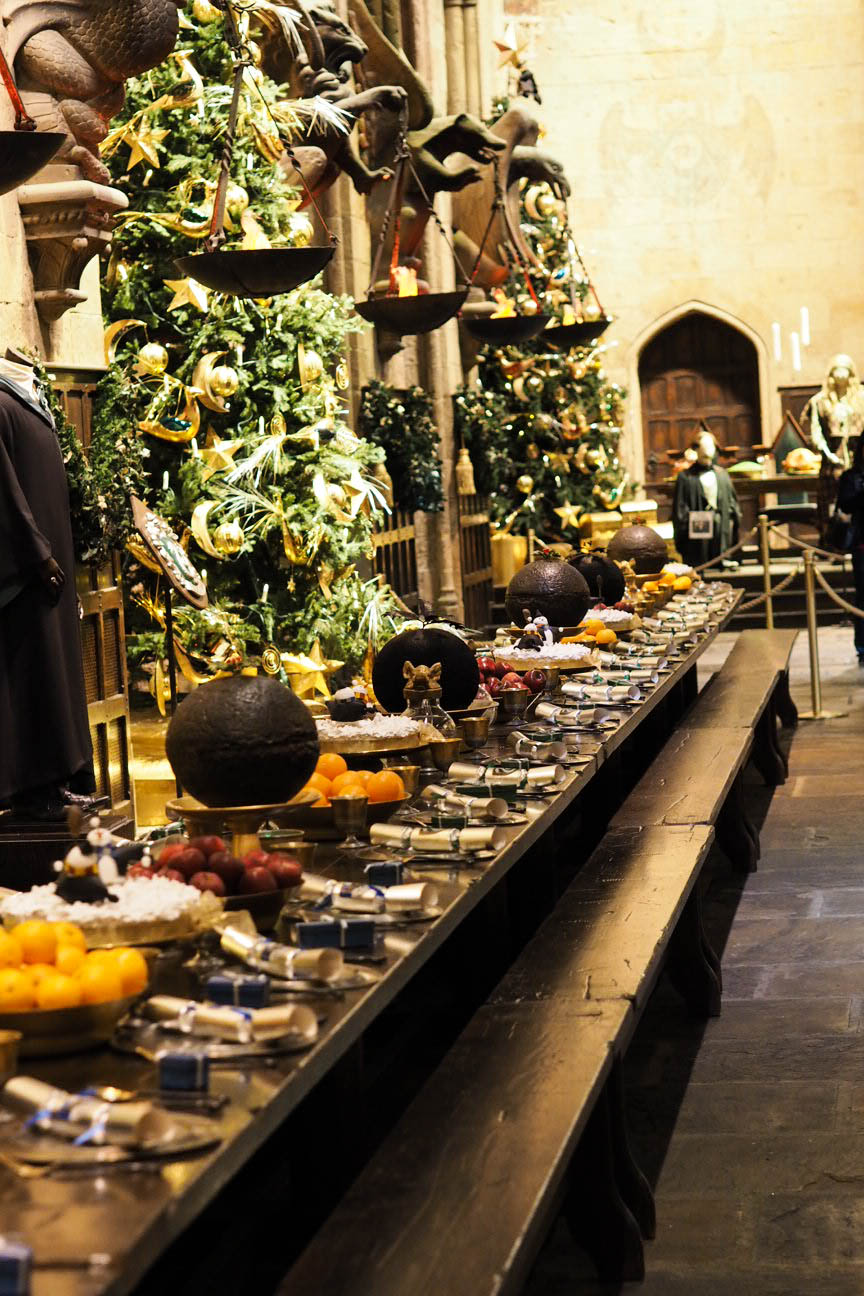 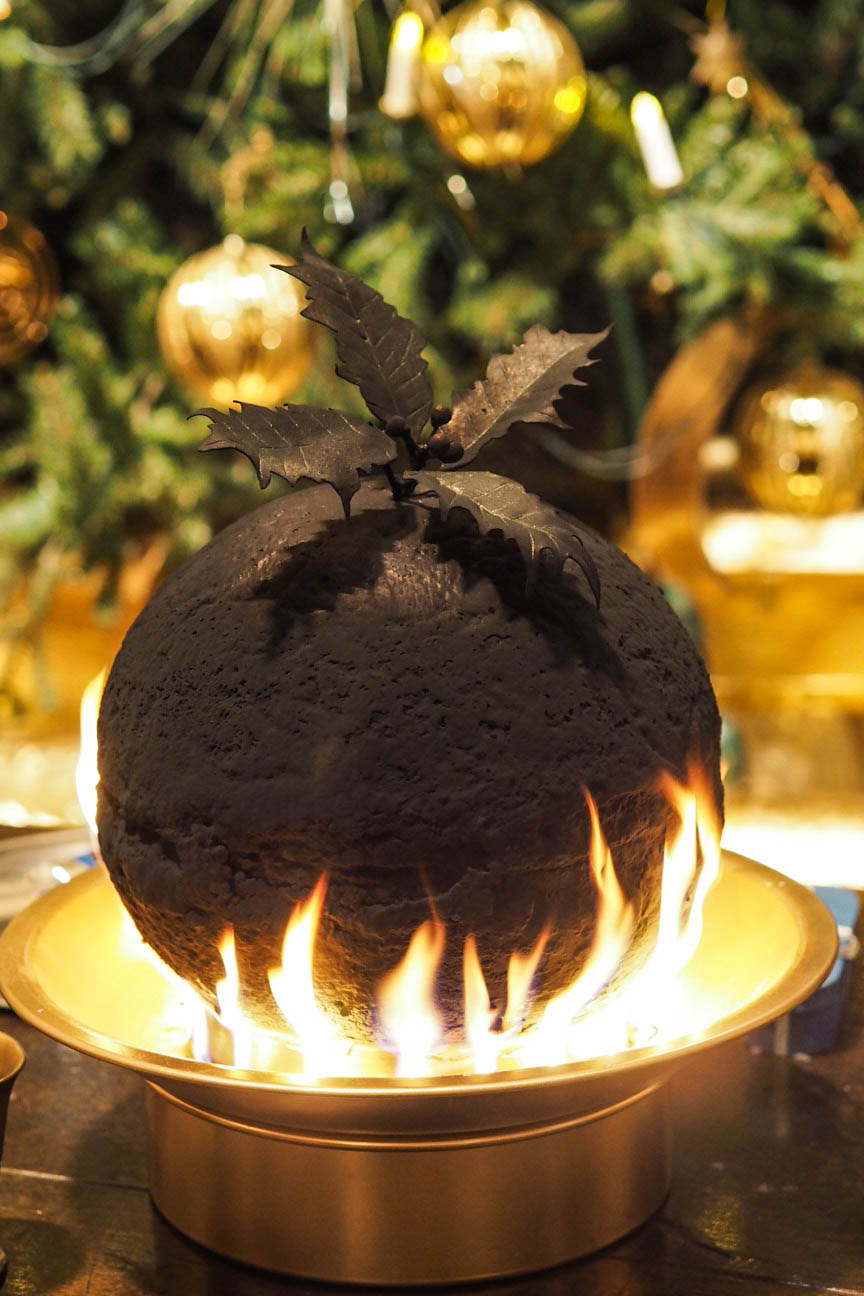 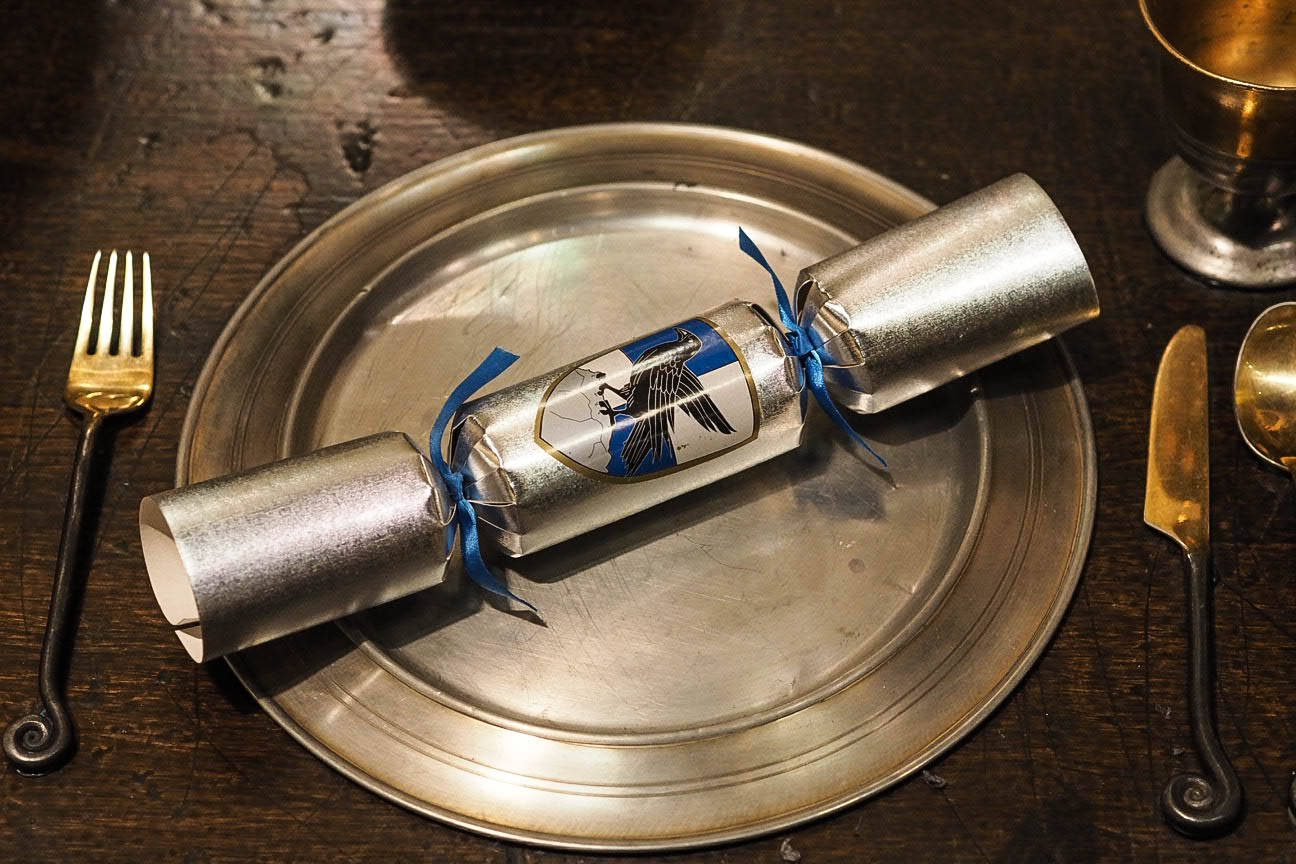 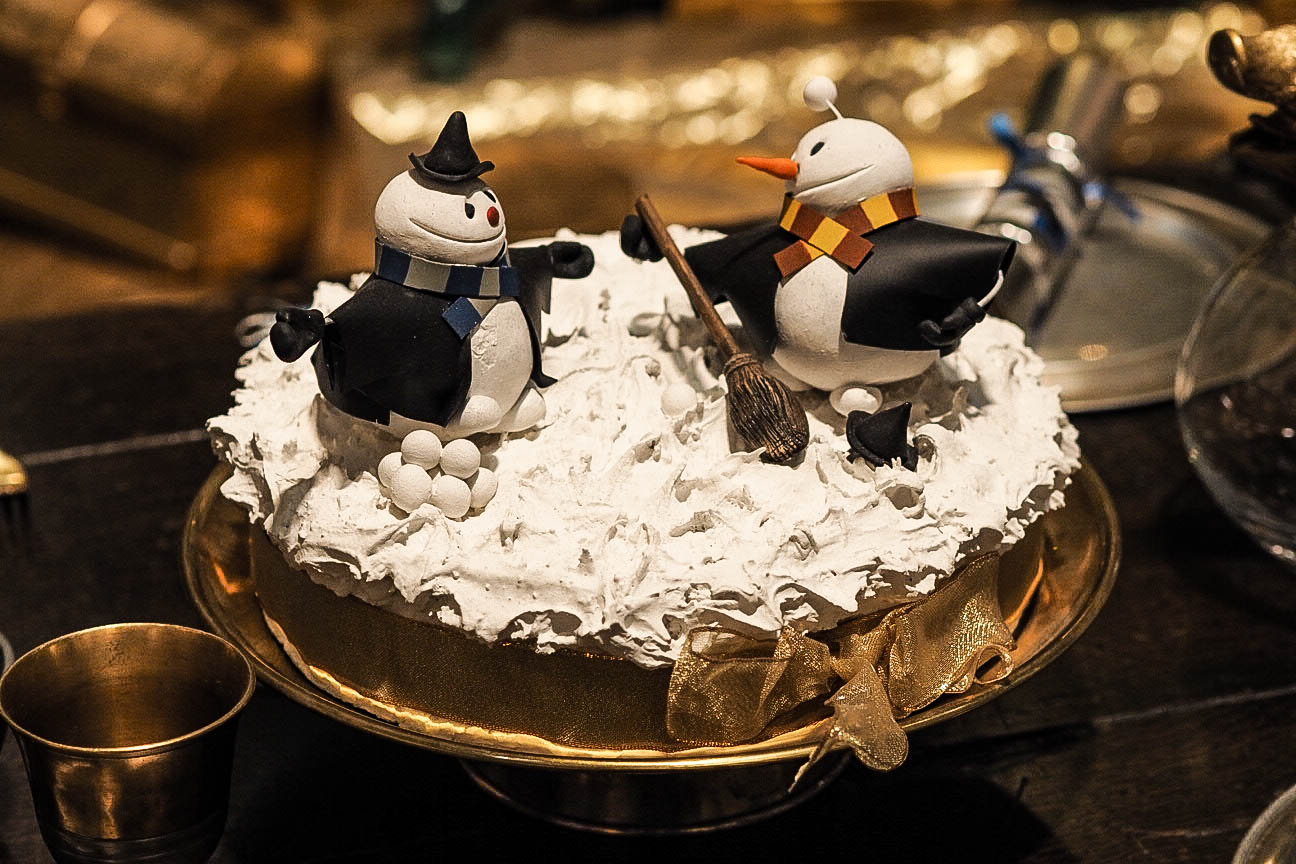 We explored the beautiful sets with their intricate props and amazing attention to detail. Not everything is updated for Christmas so you can still see some favourites from all of the films, from the huge pendulum used for timing the OWLs, to bottles of Skele-gro, used for when Lockhart accidentally makes Harry’s bones disappear. 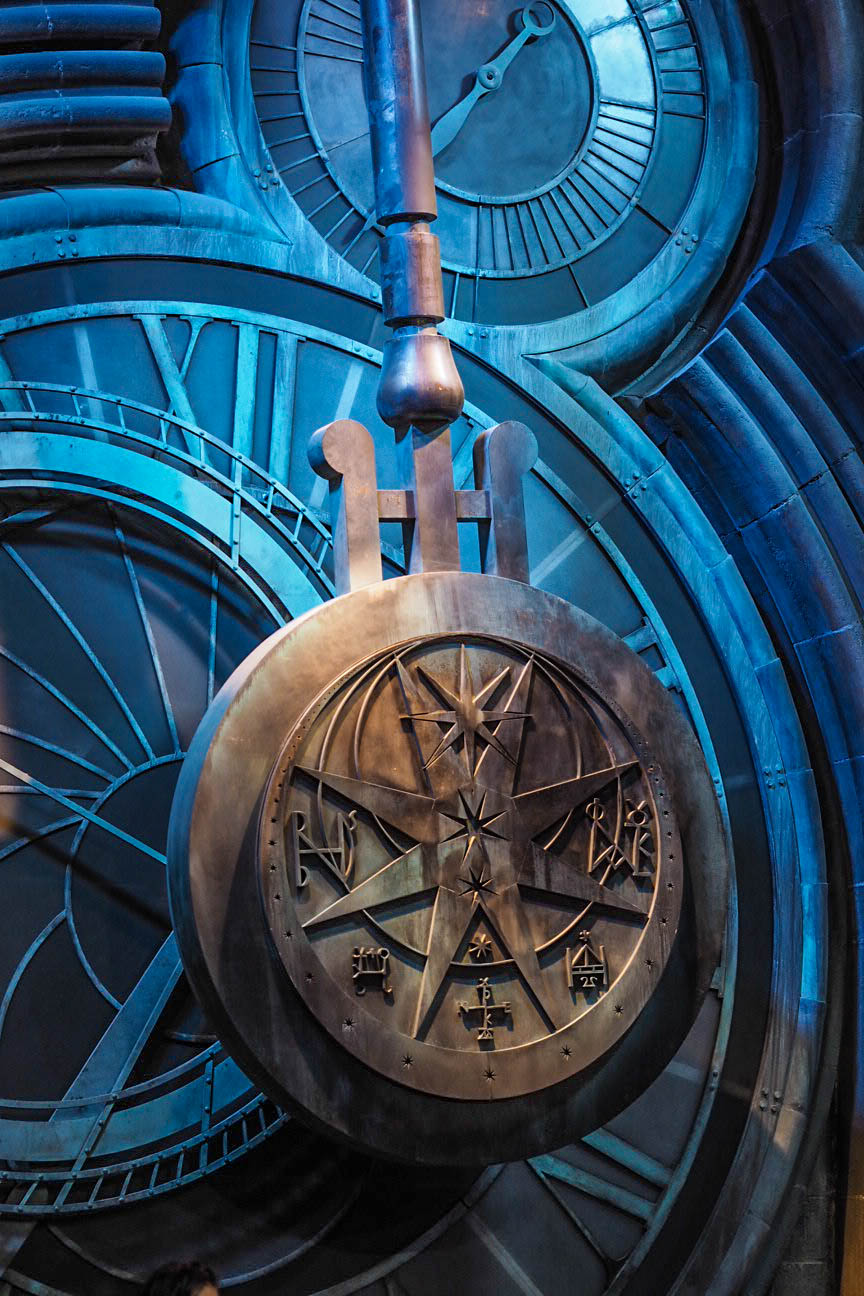 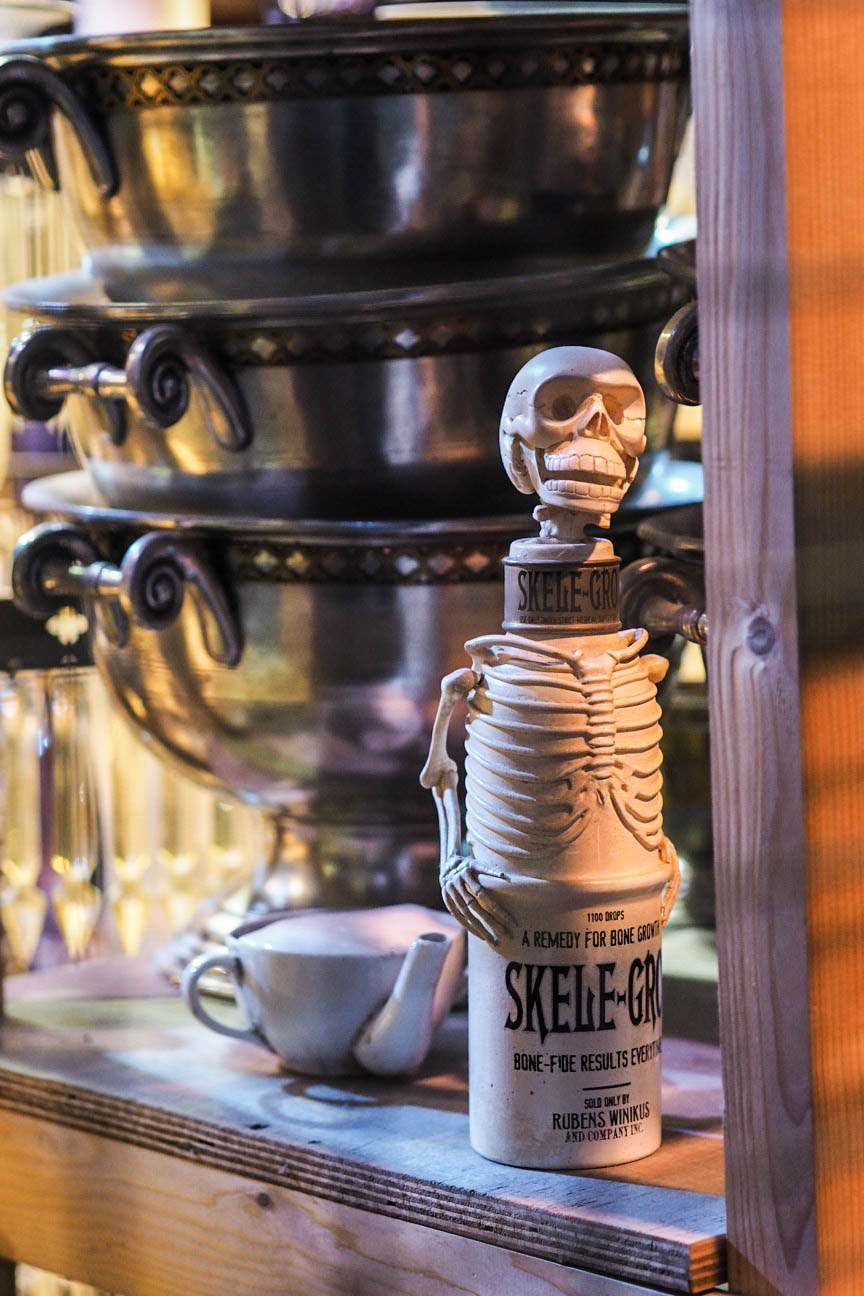 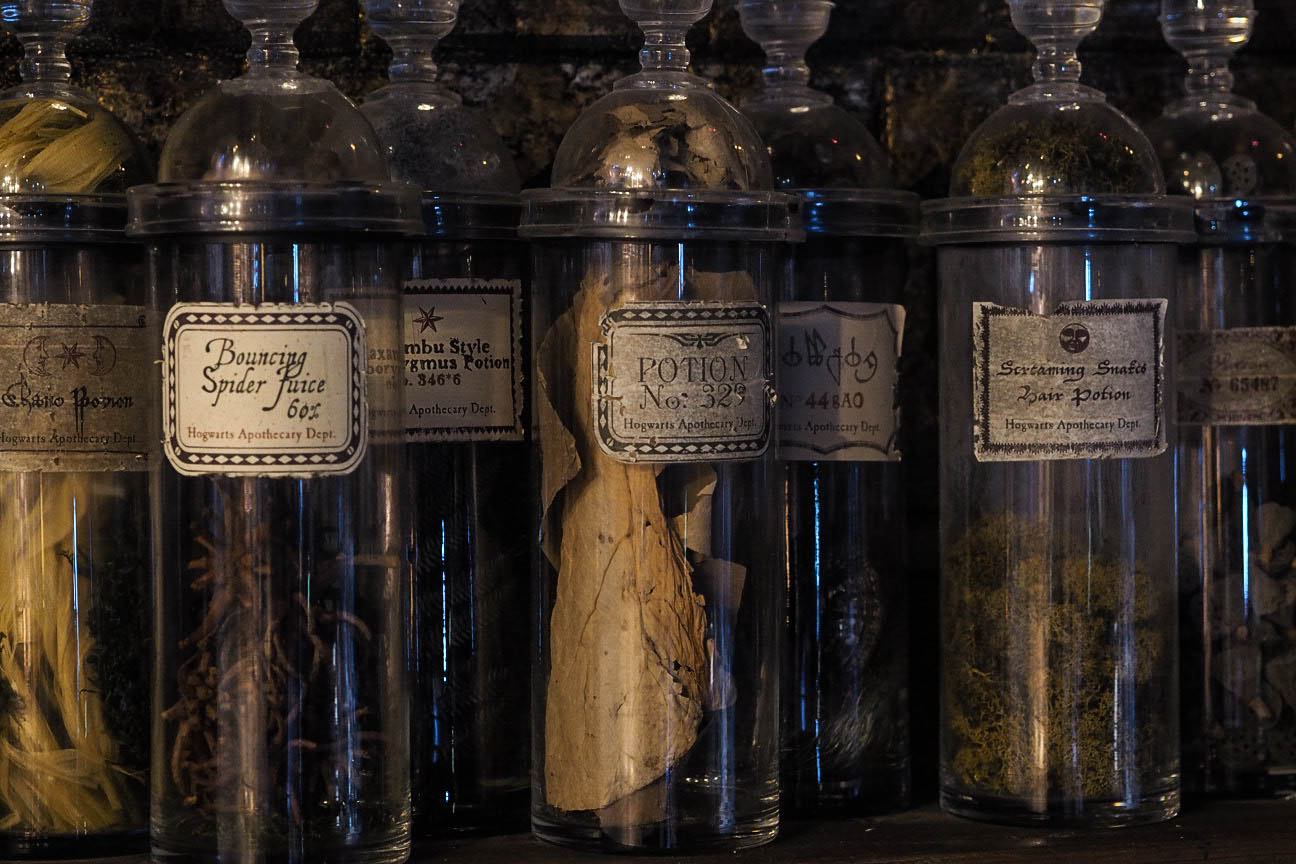 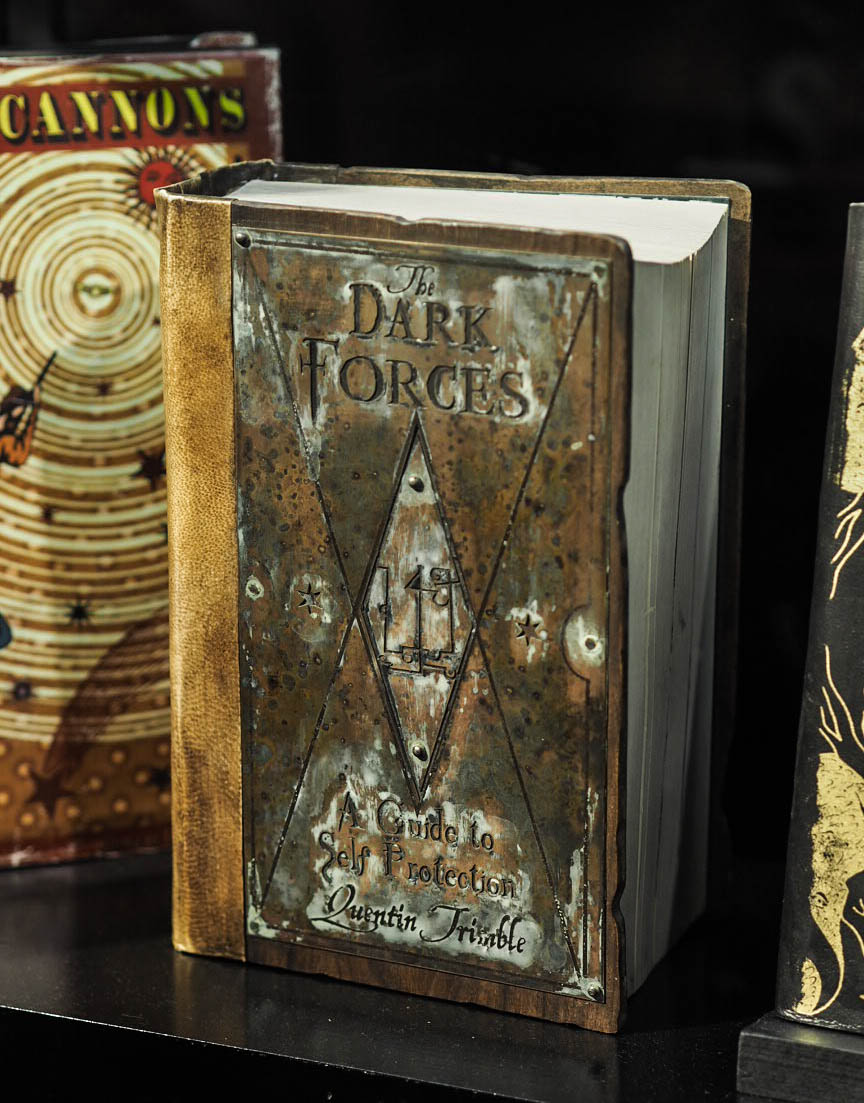 But look closely and some of the sets have some added bits and bobs so you know Christmas is coming. 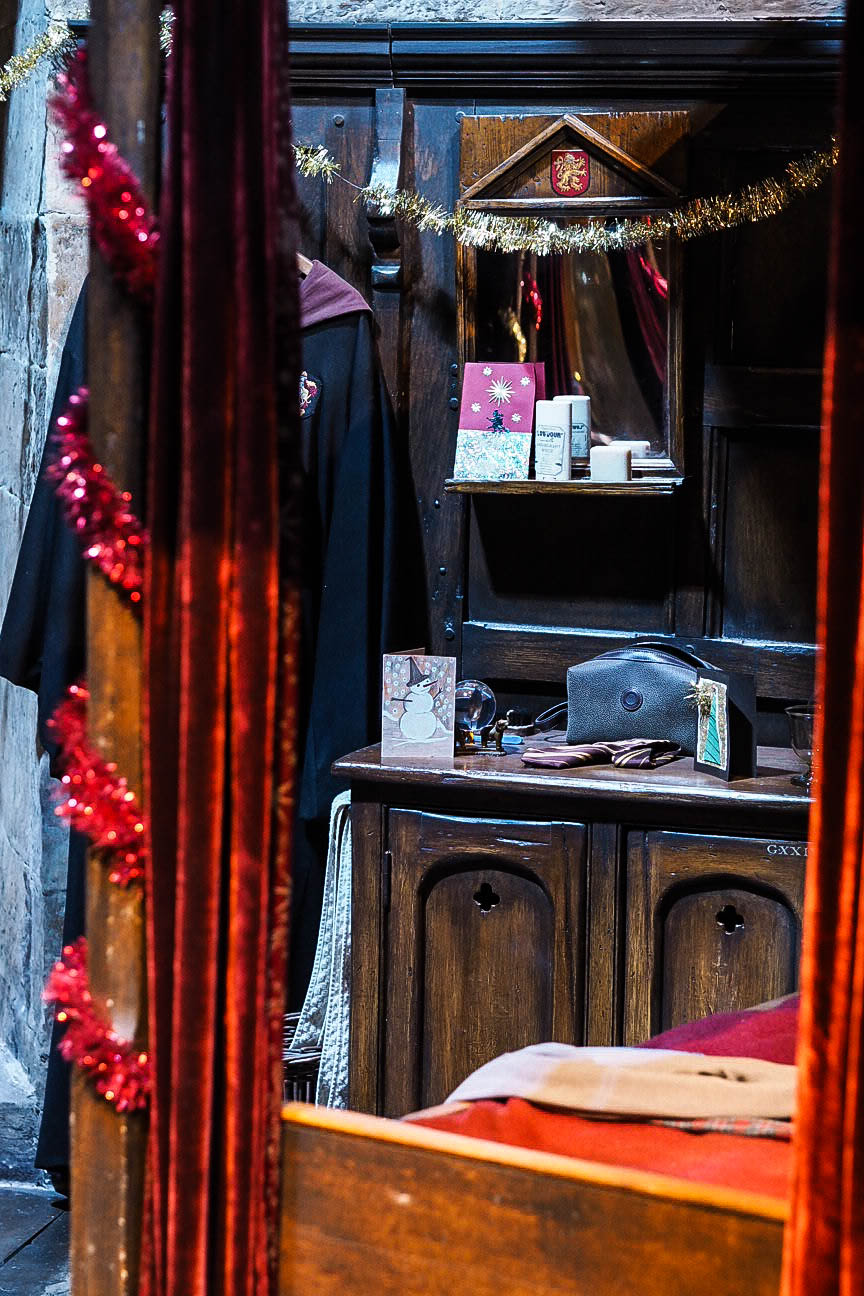 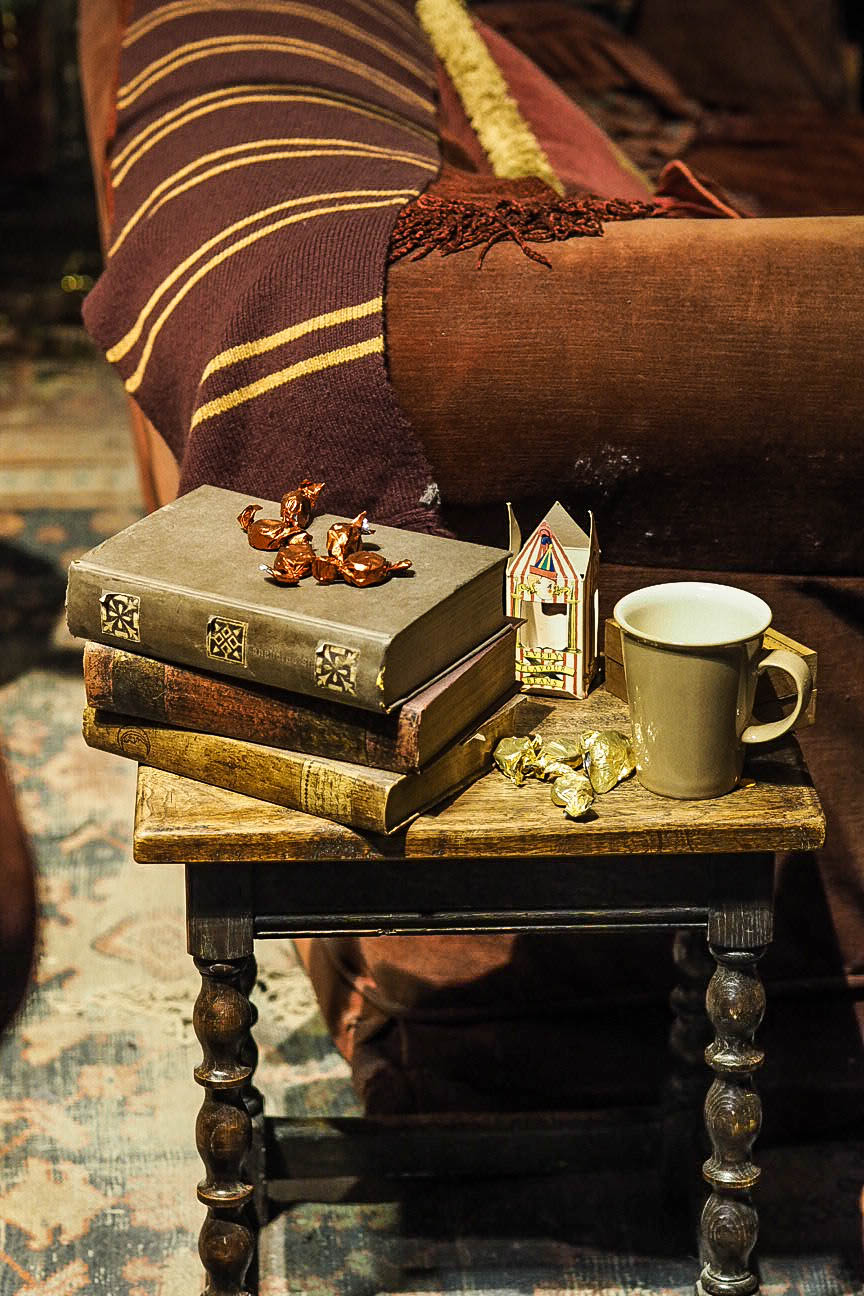 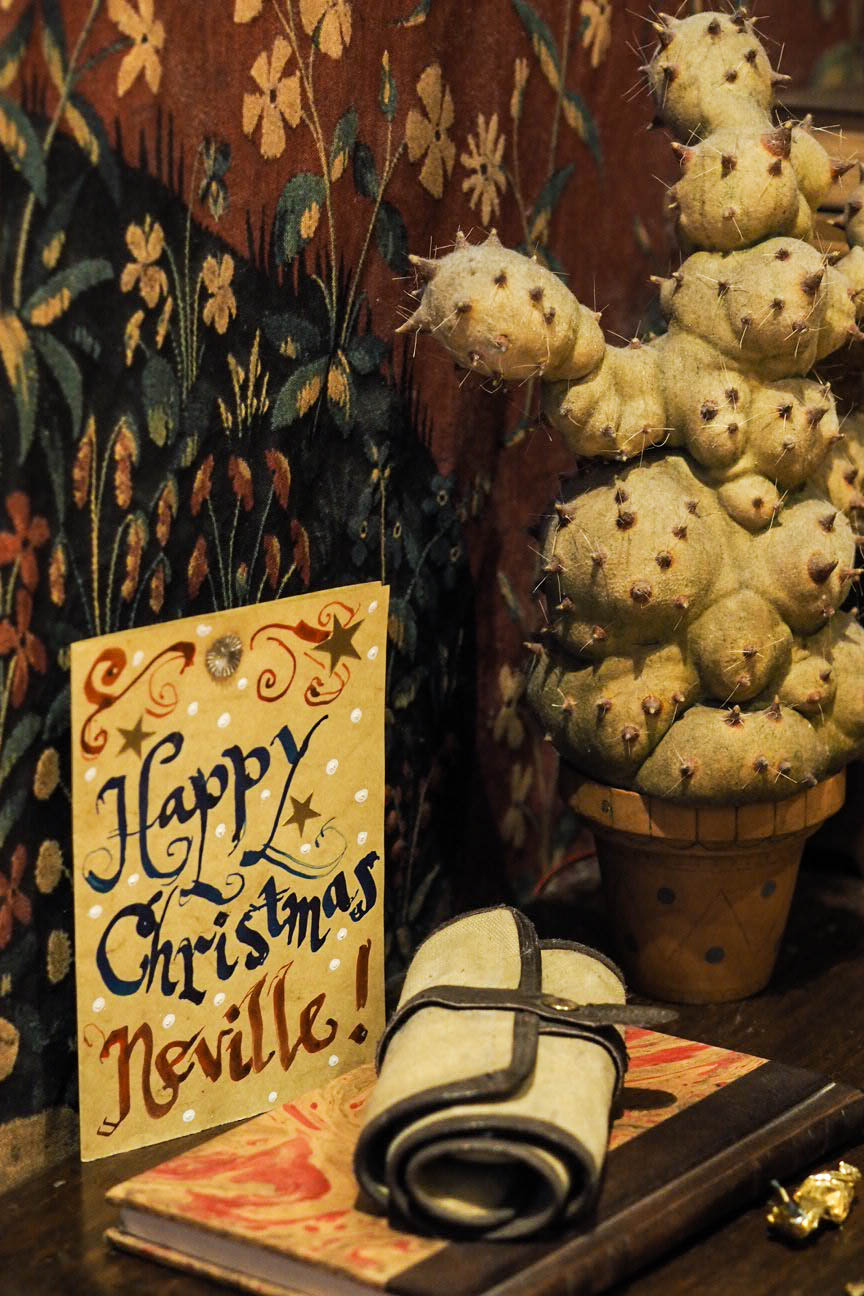 As the tour has expanded, it’s become more and more interactive. From walking on board the Hogwarts Express to having wand technique lessons, and then flying on a broomstick which is potentially the most hilarious thing I’ve ever done. It isn’t overly gimmicky though, it’s a genuine thrill for someone who loves the films as much as I do. And thankfully I had this bunch of awesome nerds to hang out with too. 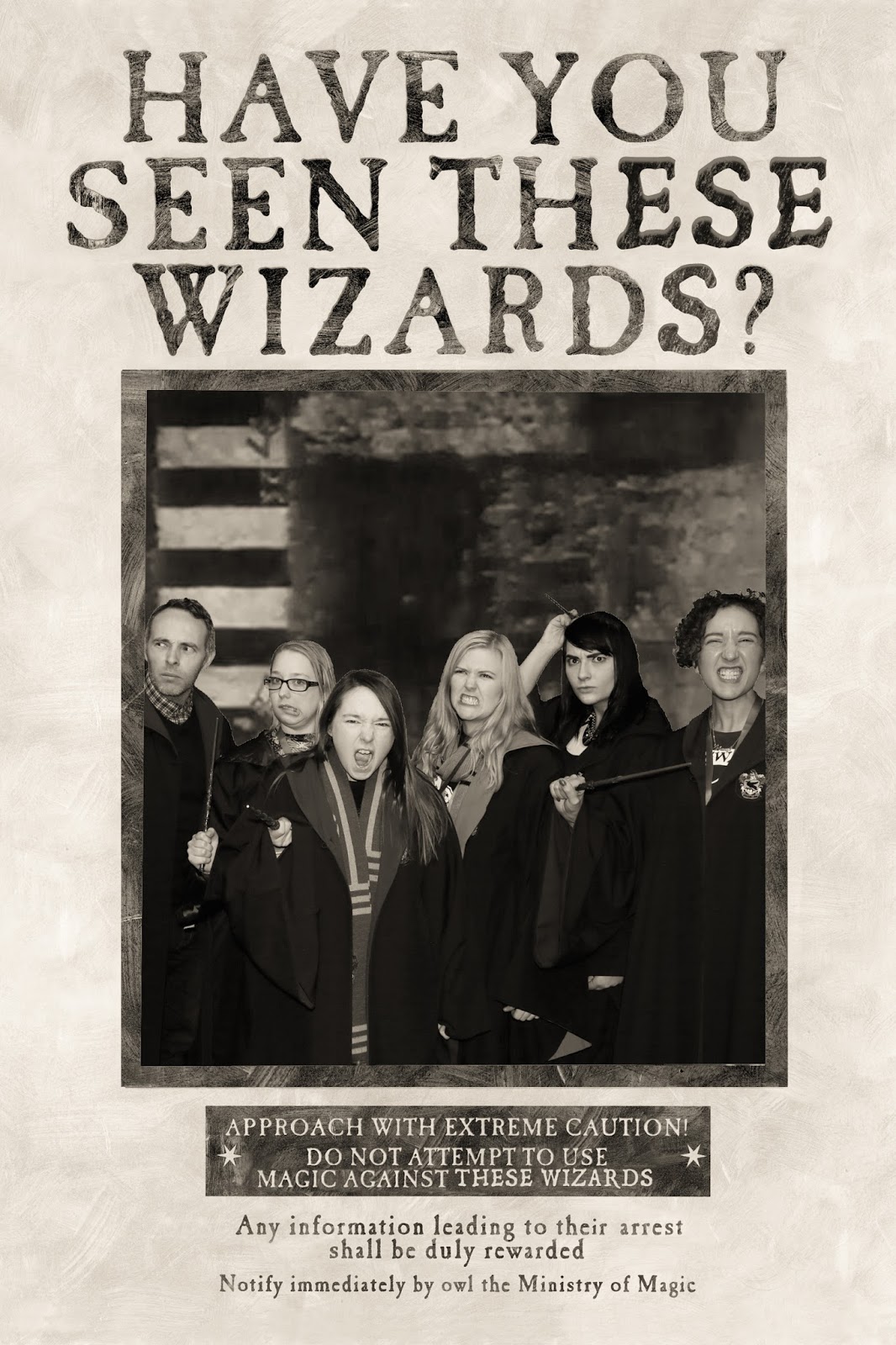 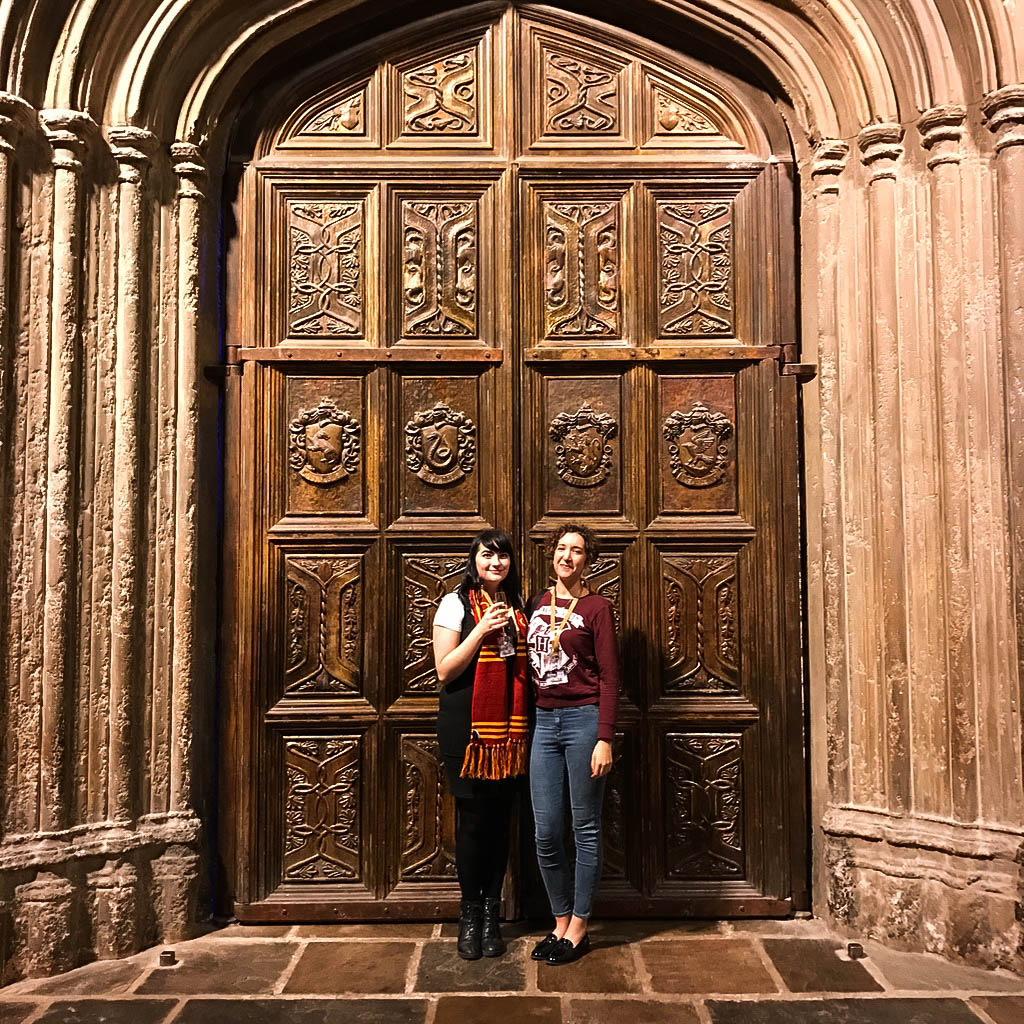 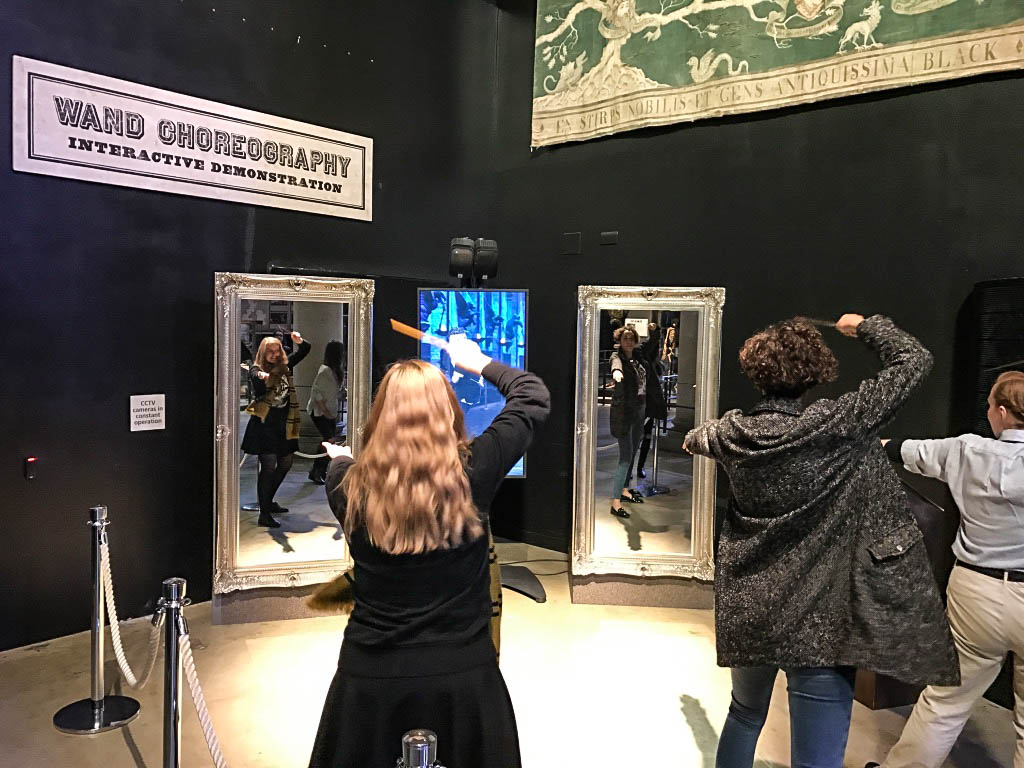 The festive elements carry on over the biggest set pieces too, with the Knight Bus spurting out fake snow for all us fan girls to dance around in glee. I’m pretty sure JK herself fully endorses drinking red wine outside 4 Privet Drive and making a lot of excitable noises to disturb the neighbours! 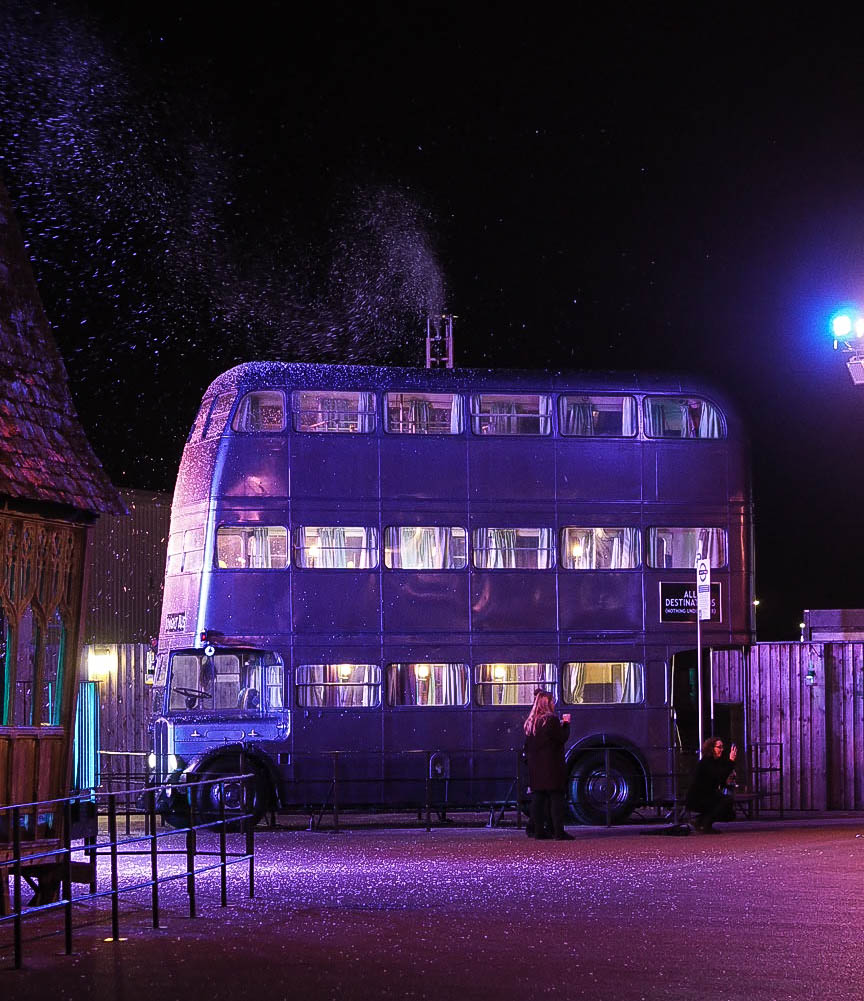 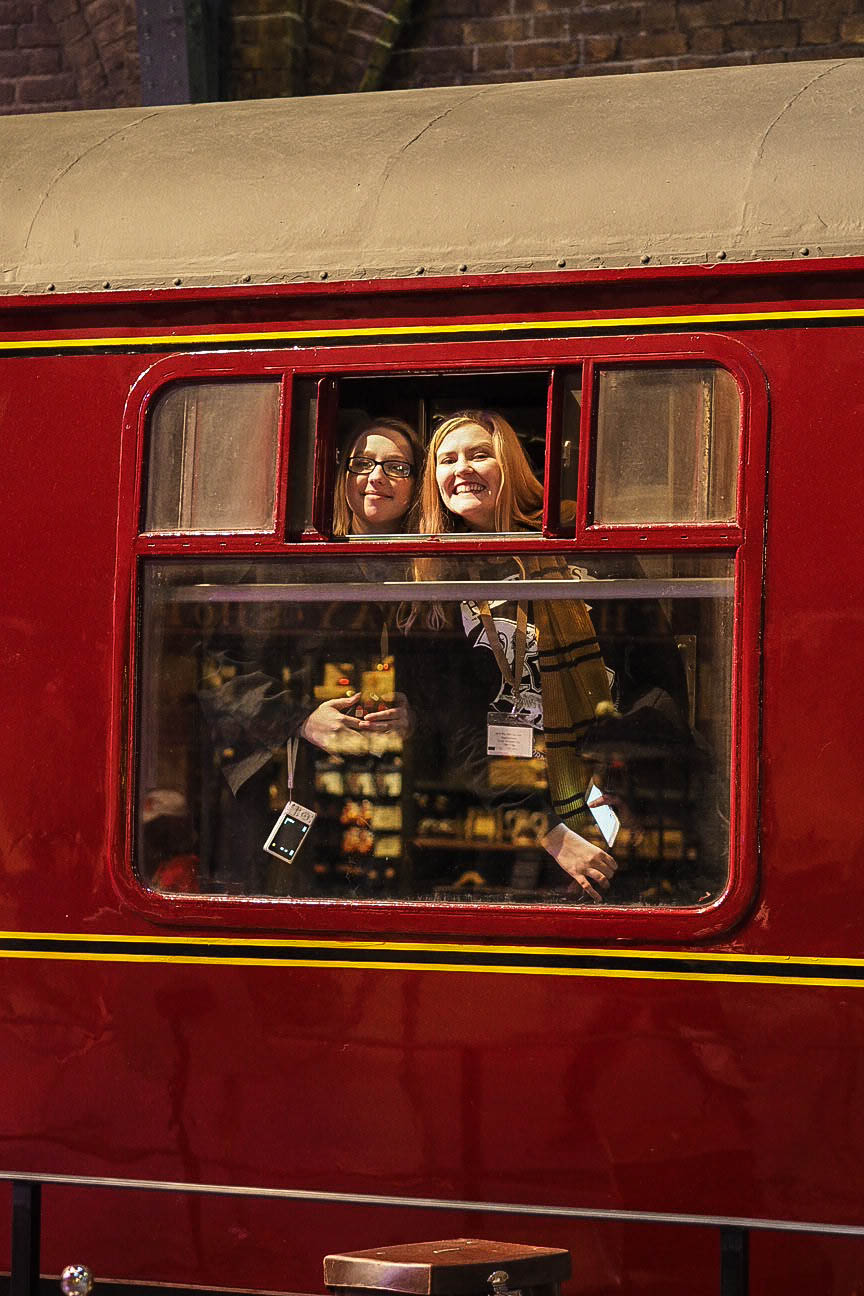 The finale of the tour though is the spectacular Hogwarts model, used for exterior shots of the castle in the films. It is incredible from it’s intricacy to its size, and as you walk around you notice different sections from the film including the herbology greenhouses and Hagrid’s hut. Dusted in snow and gently lit, it is beautiful and moving. The fact that we got to experience it after hours was wonderful and serene. 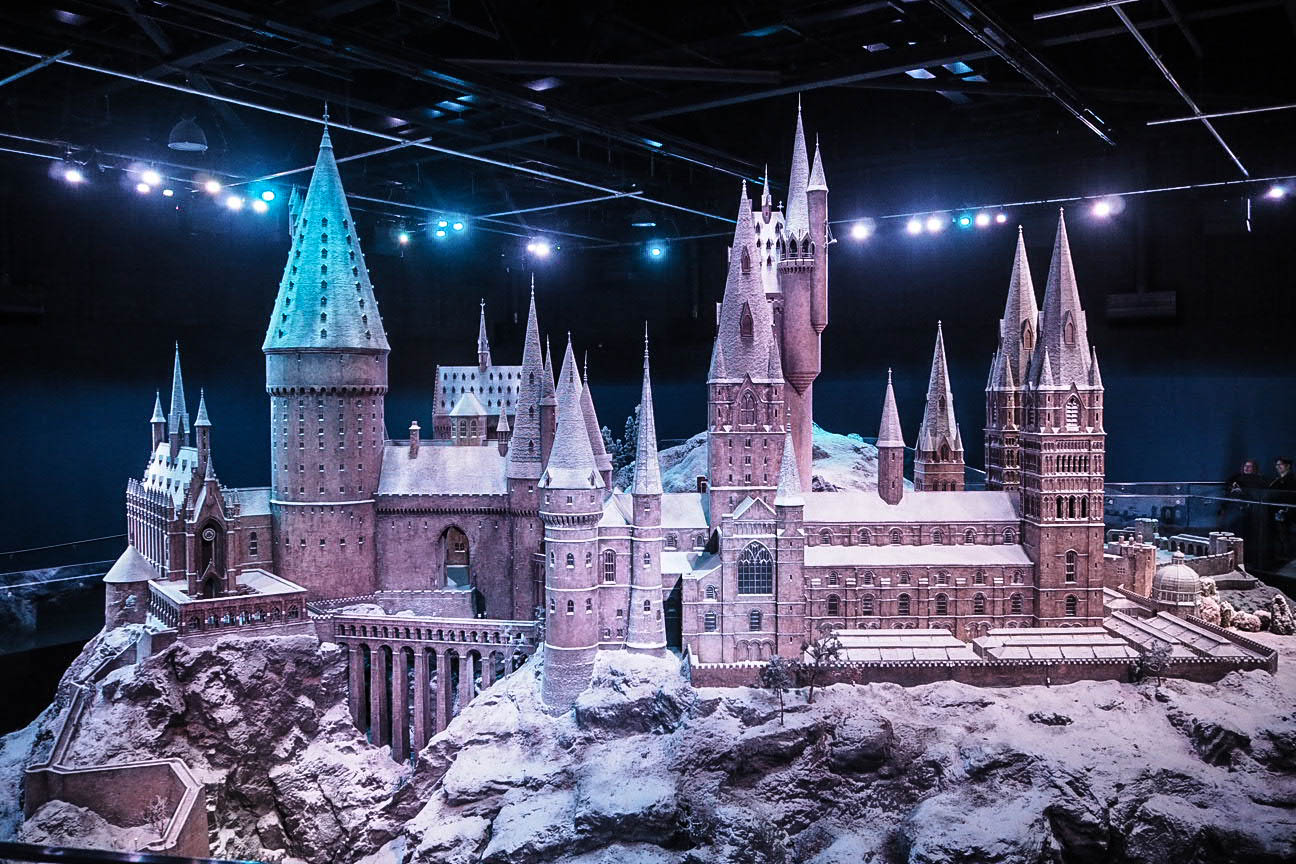 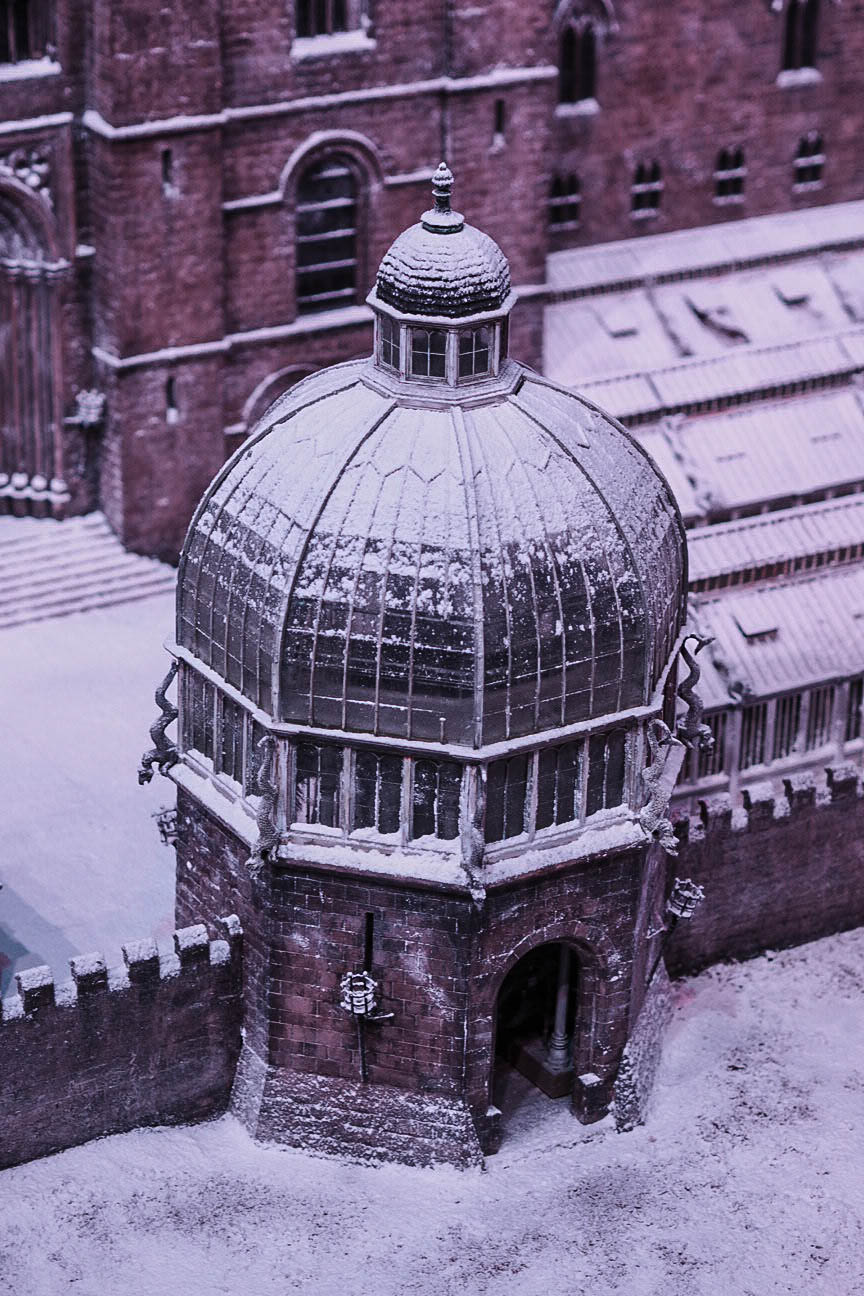 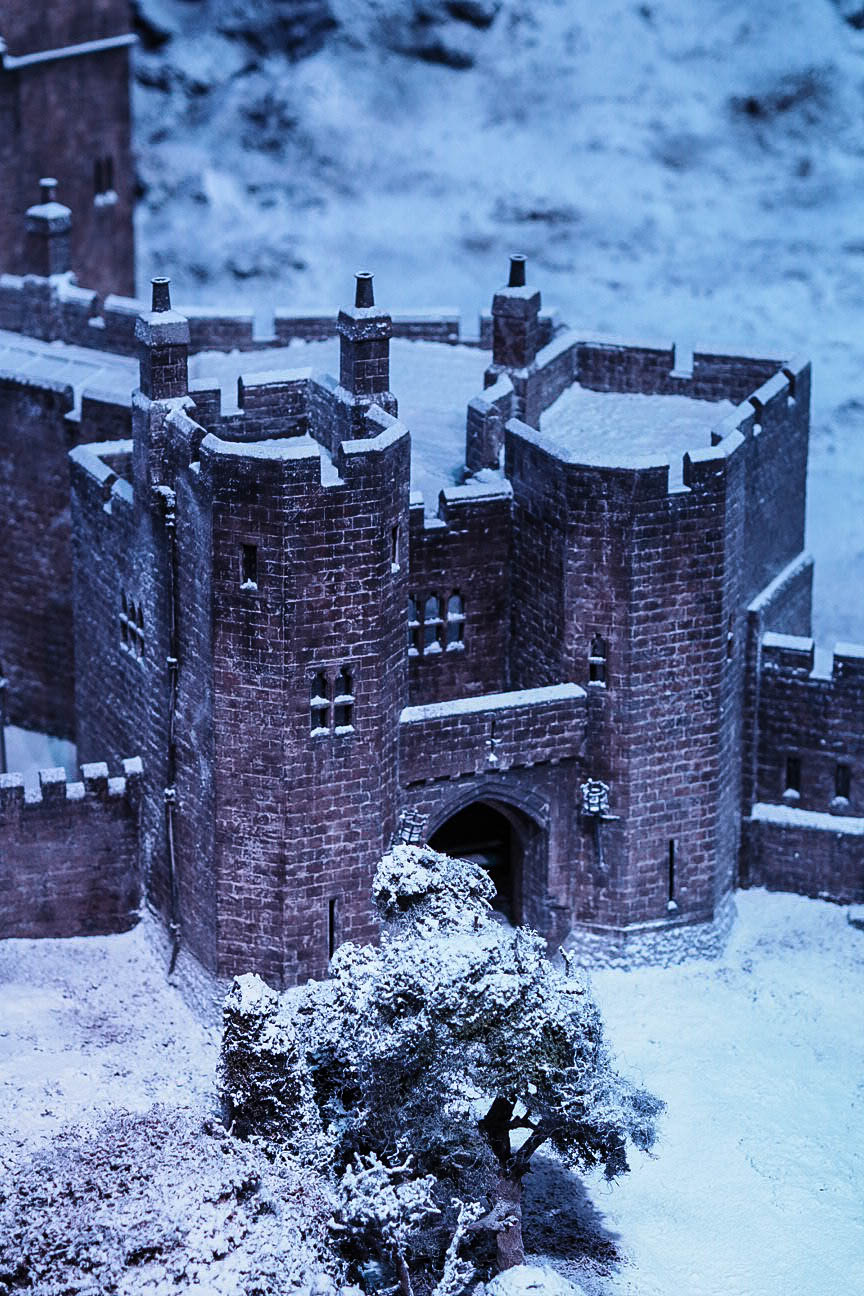 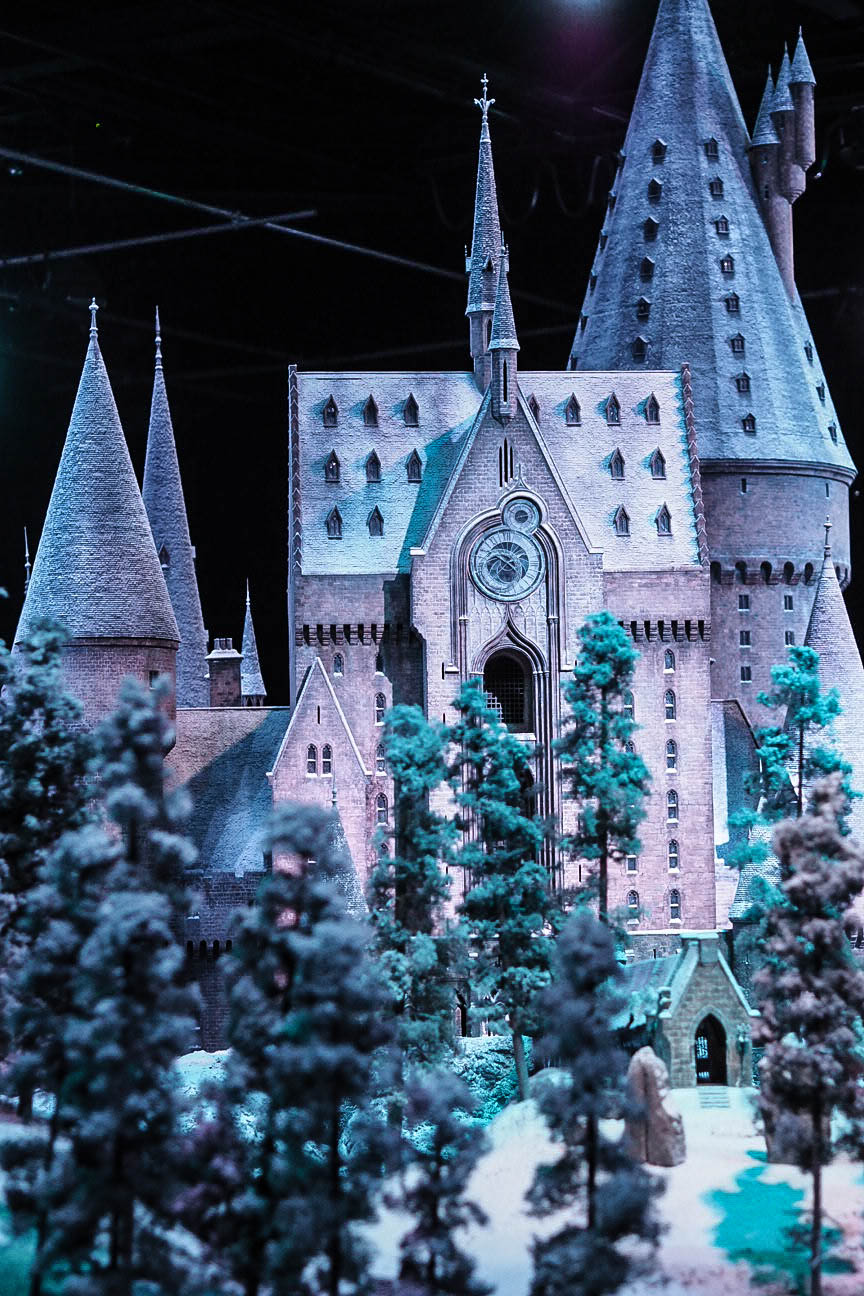 As I regularly watch the Harry Potter films all year round, I don’t just associate it with Christmas. But as this time of year AND those films are two of my favourite things, the combination was perfectly magical.

This post is dedicated to the biggest Harry Potter fan I know, my little sister, who is 21 today! HAPPY BIRTHDAY, BECKY!

I was invited to Hogwarts in the Snow as a guest but all opinions are my own.