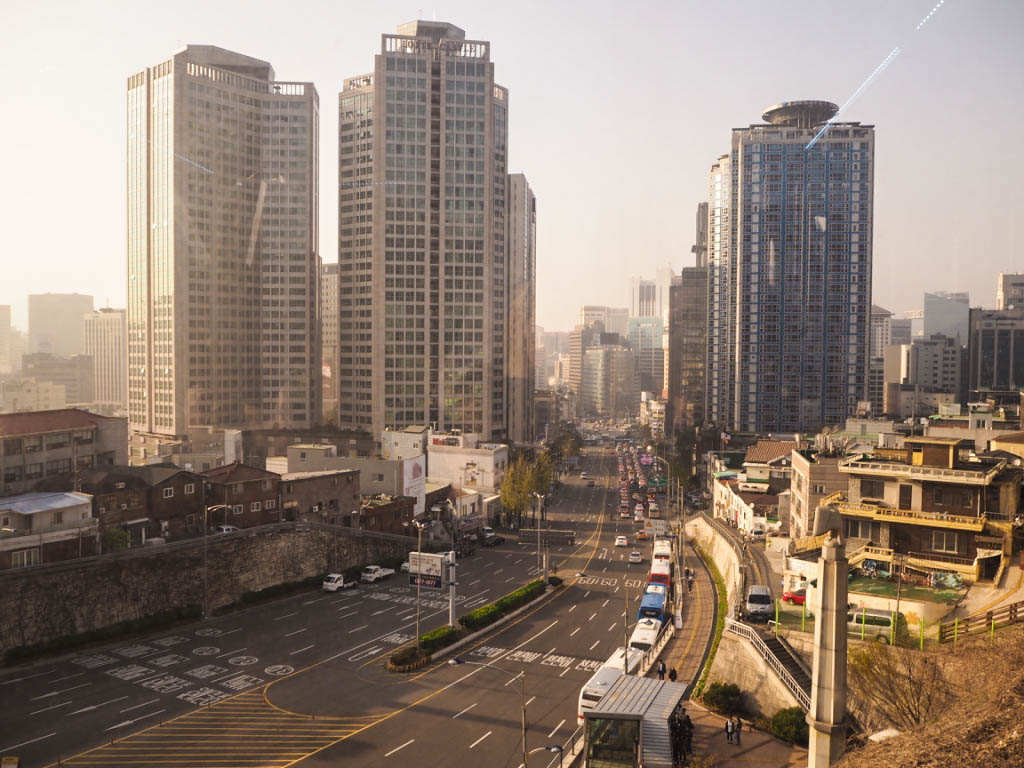 I’m more accustomed to spend long weekends in a quaint British village, or maybe hopping over to somewhere in Europe like Barcelona. But when I was flying from China to Hong Kong, it seemed a good opportunity to add another country to my itinerary by dropping into South Korea for a four day stint with my best friend.

I’ve only ever thought of the country as the unlucky neighbour to the crazy North and maybe a bit like Japan. I didn’t really know what I wanted to do there except eat (of course) and shop. But Seoul is a wonderfully easy city to explore, and compared to the craziness of China, it was blissfully calm in an organised and structured sort of way. We only had a few days, but here’s what you absolutely must do on a trip to Seoul: 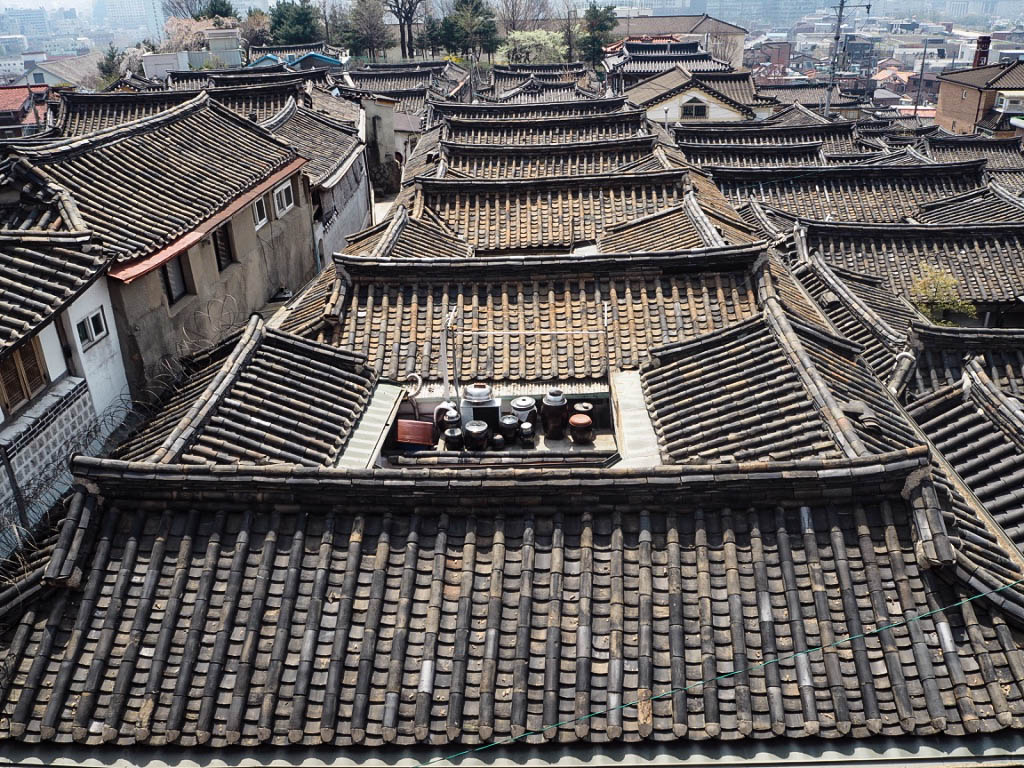 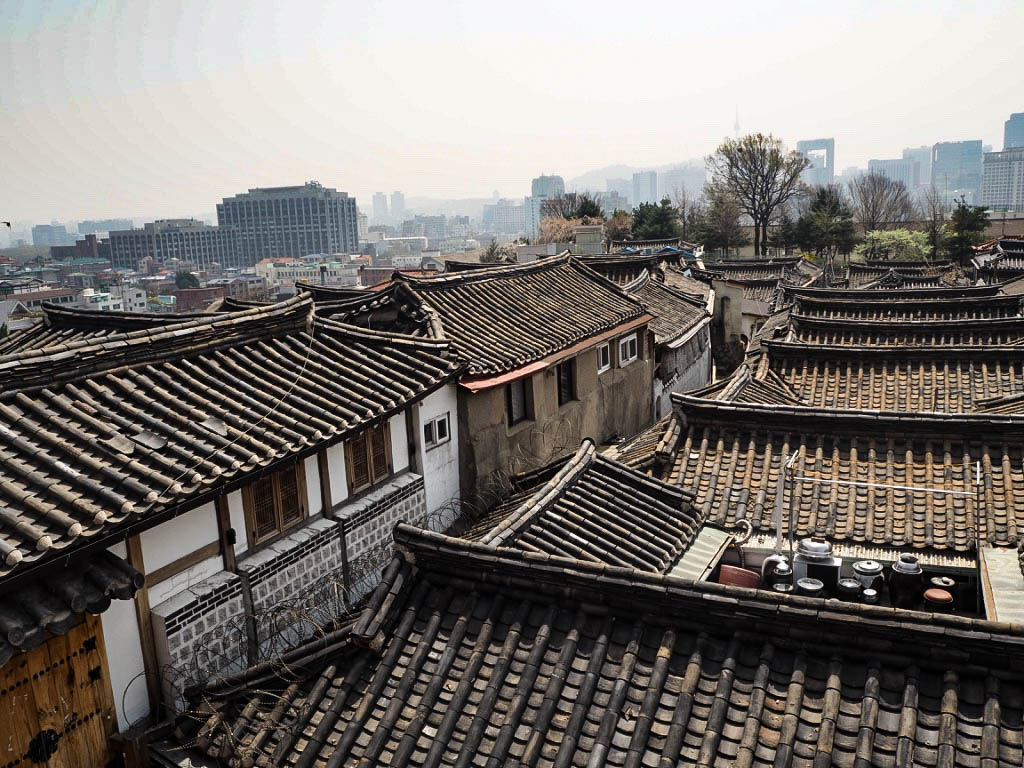 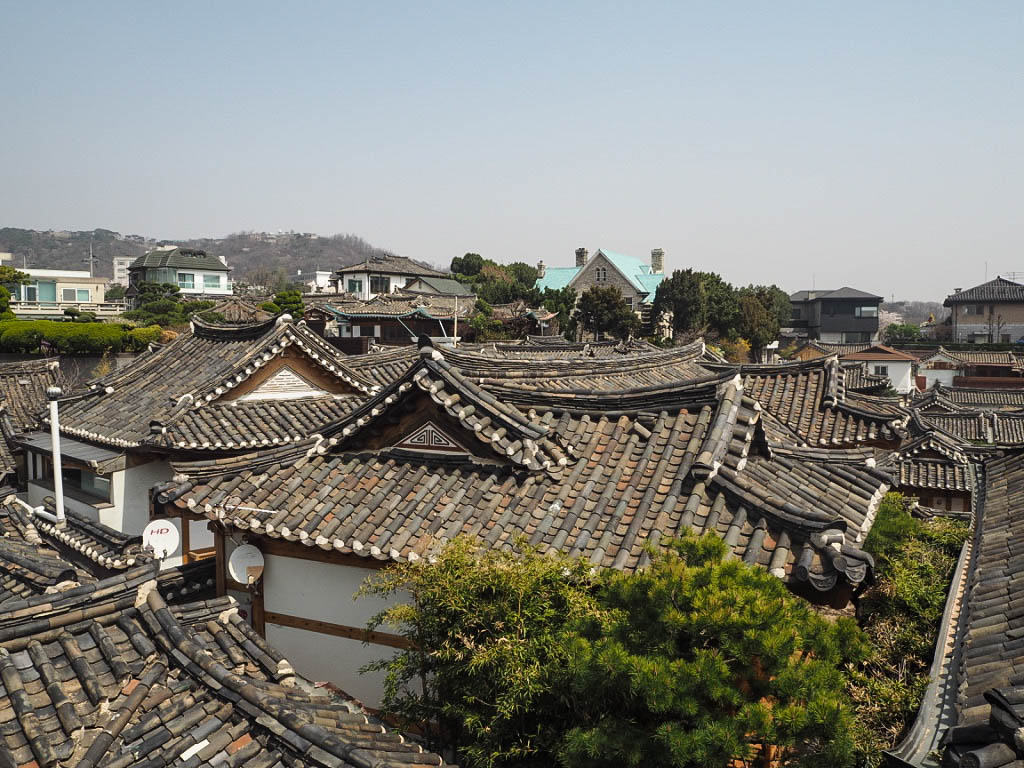 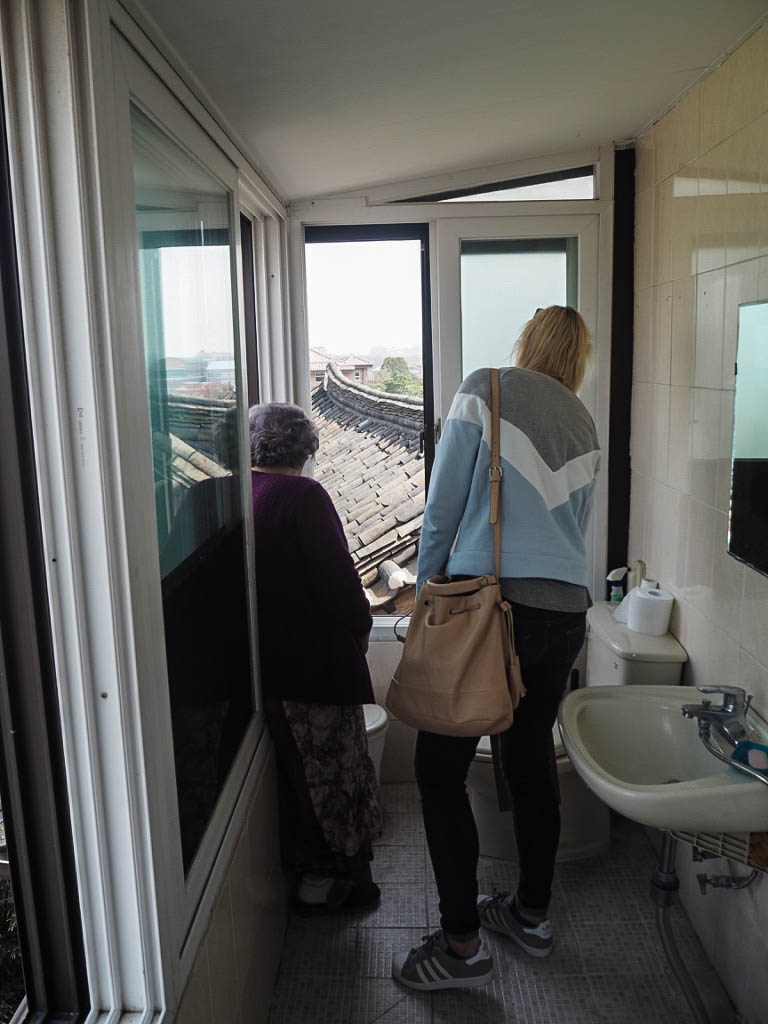 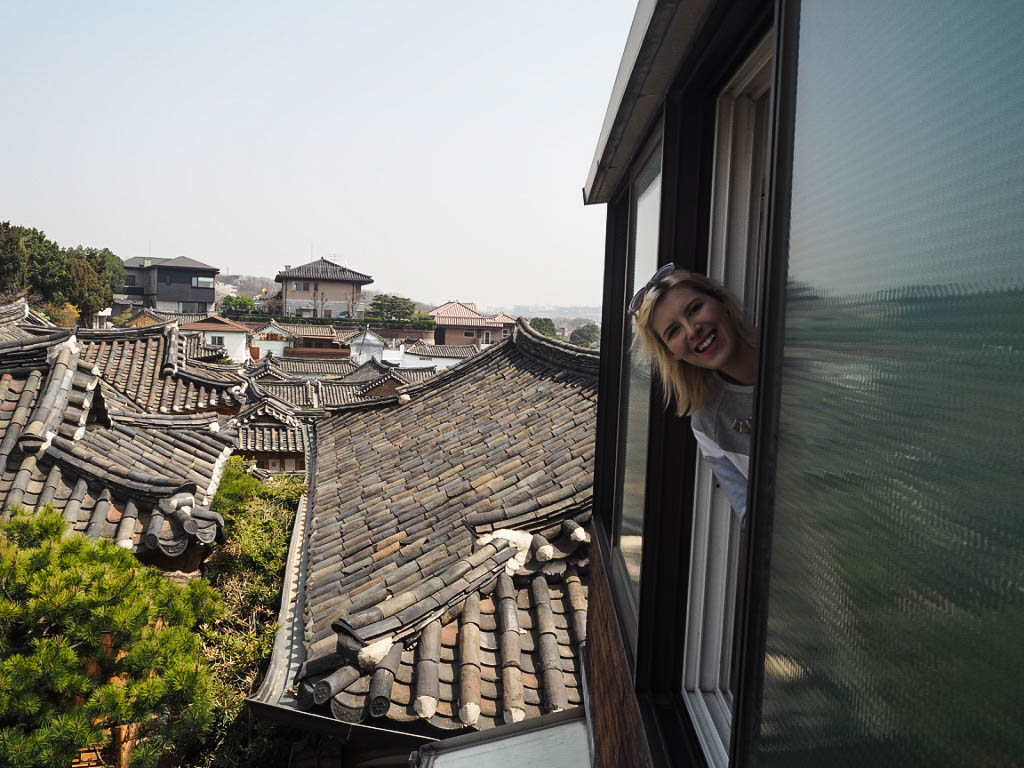 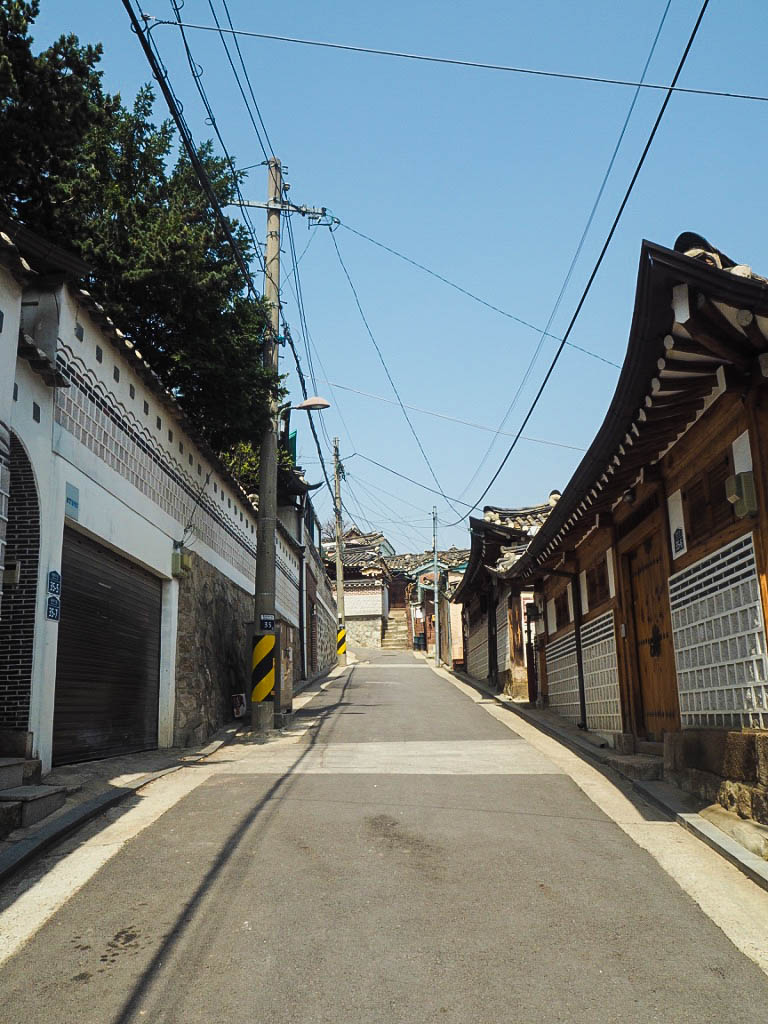 The traditional hanok houses are tightly packed into the area of Bukchon, standing shoulder to shoulder and lining steep streets that look out over Seoul. They’re very much still lived in by locals and there are many signs around letting tourists know that they should be quiet and respectful as they look around. It’s clear to see personal touches around, from front garden ornaments to personalised house numbers. We headed up to the Bukchon Observatory, also known as some woman’s balcony, to get a good view over the house’s famous rooftops. The owner will give you a free glass of water and show you the view from her bathroom in broken but enthusiastic English. Talk about getting to know the locals! 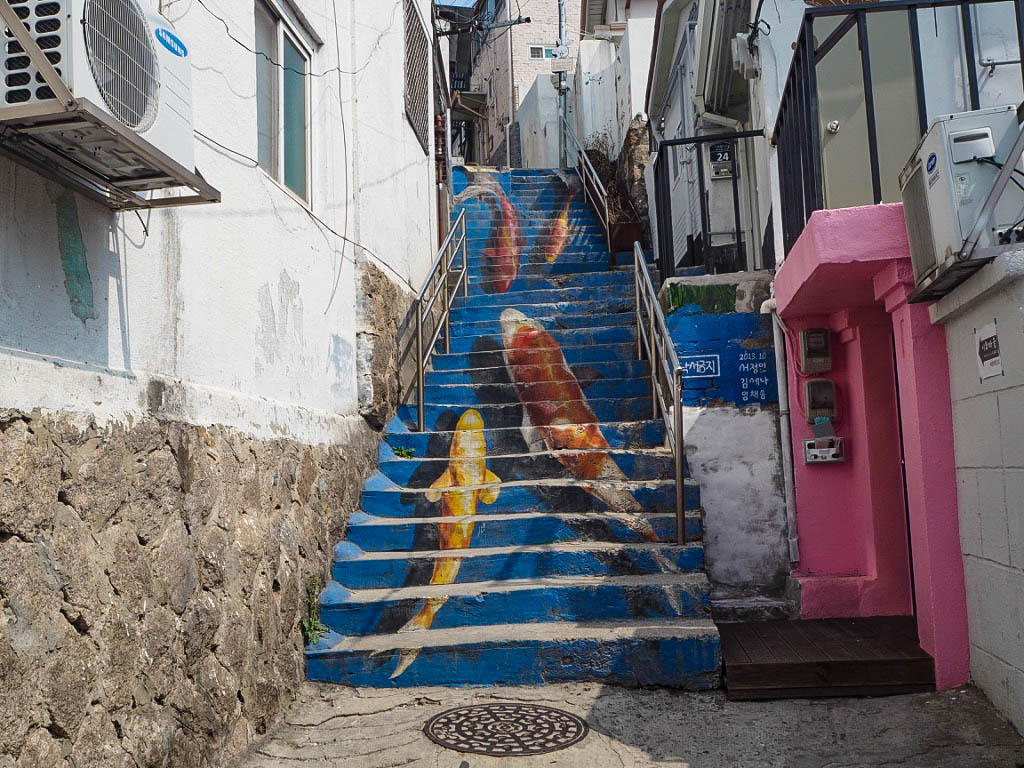 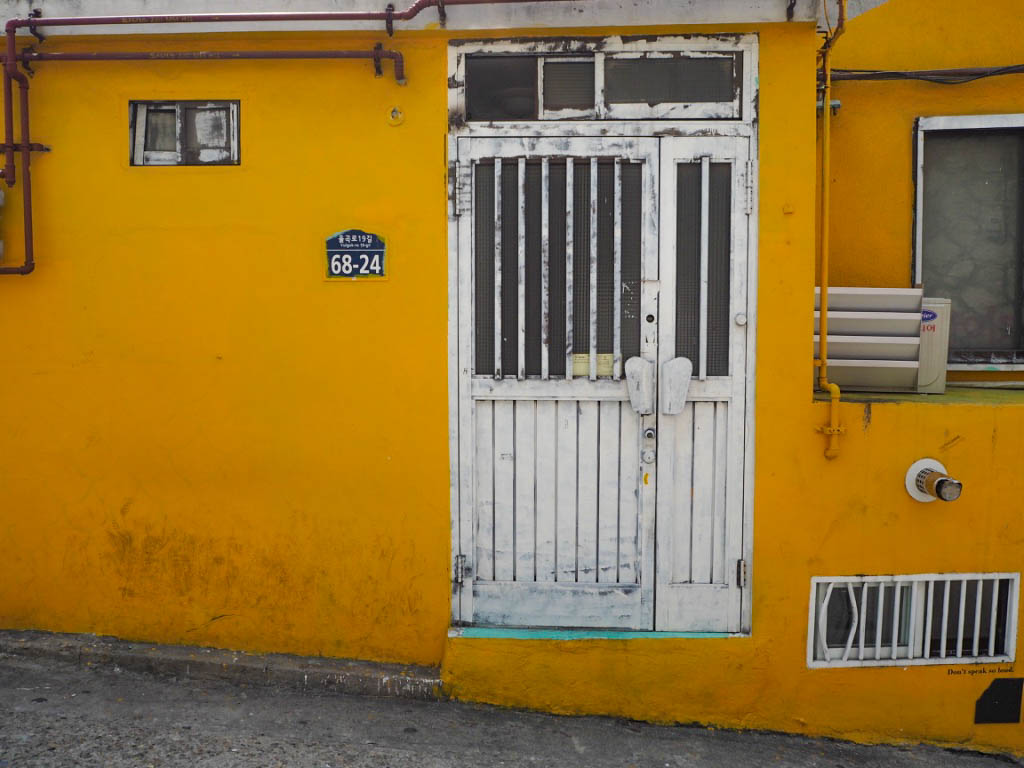 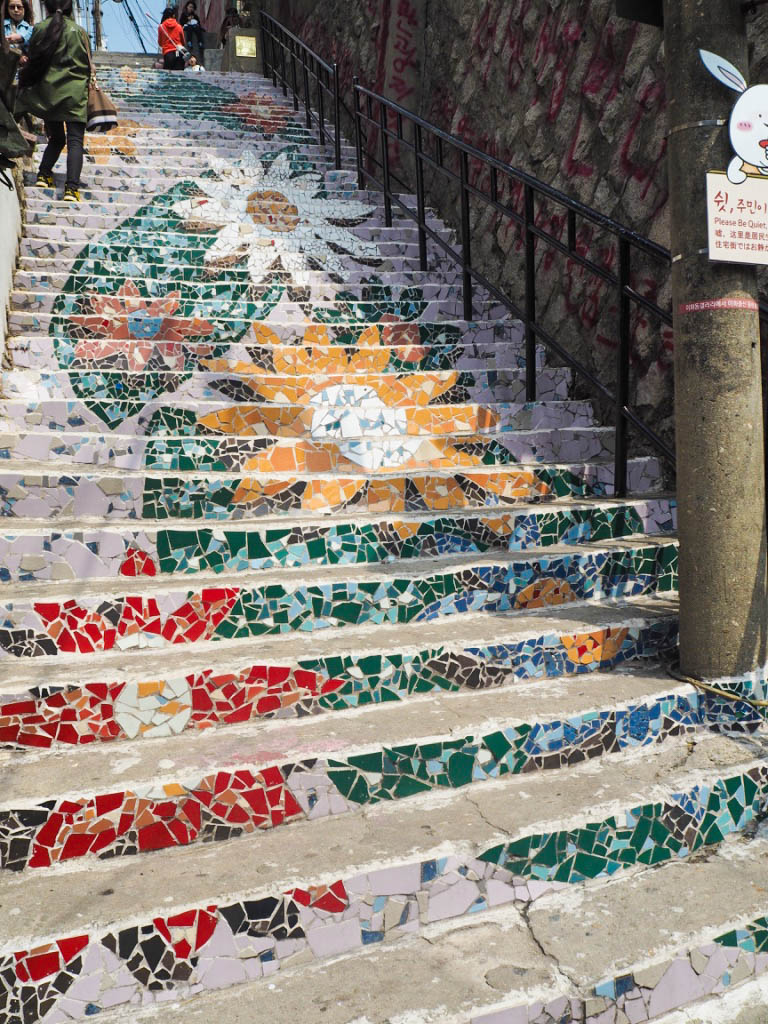 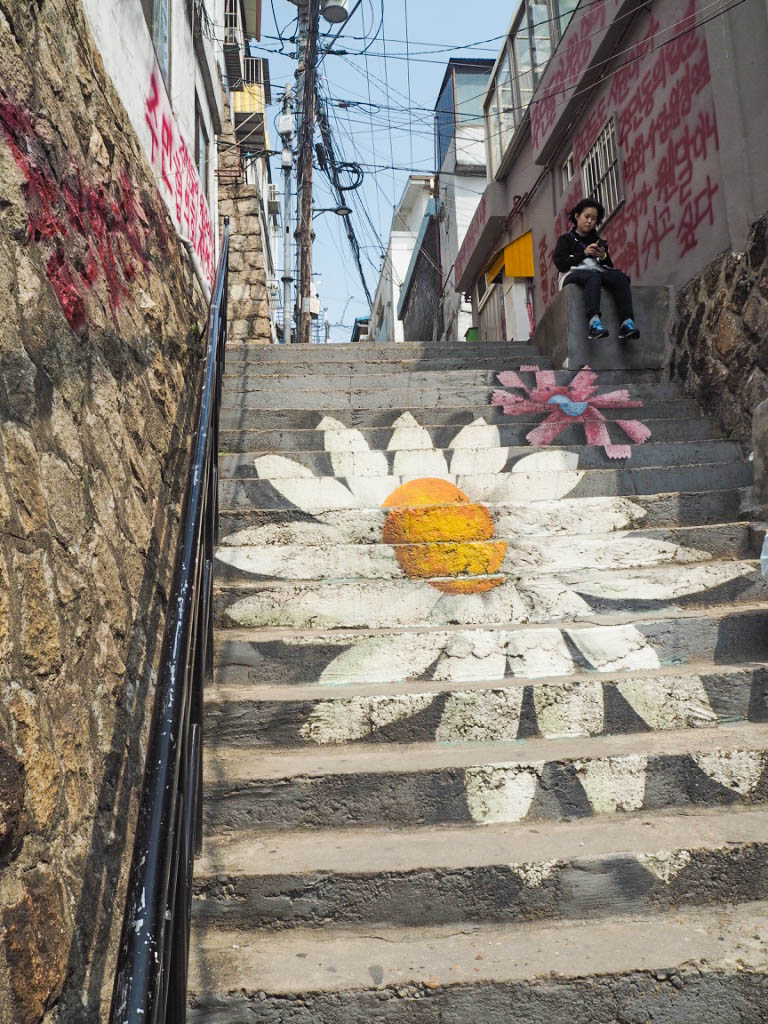 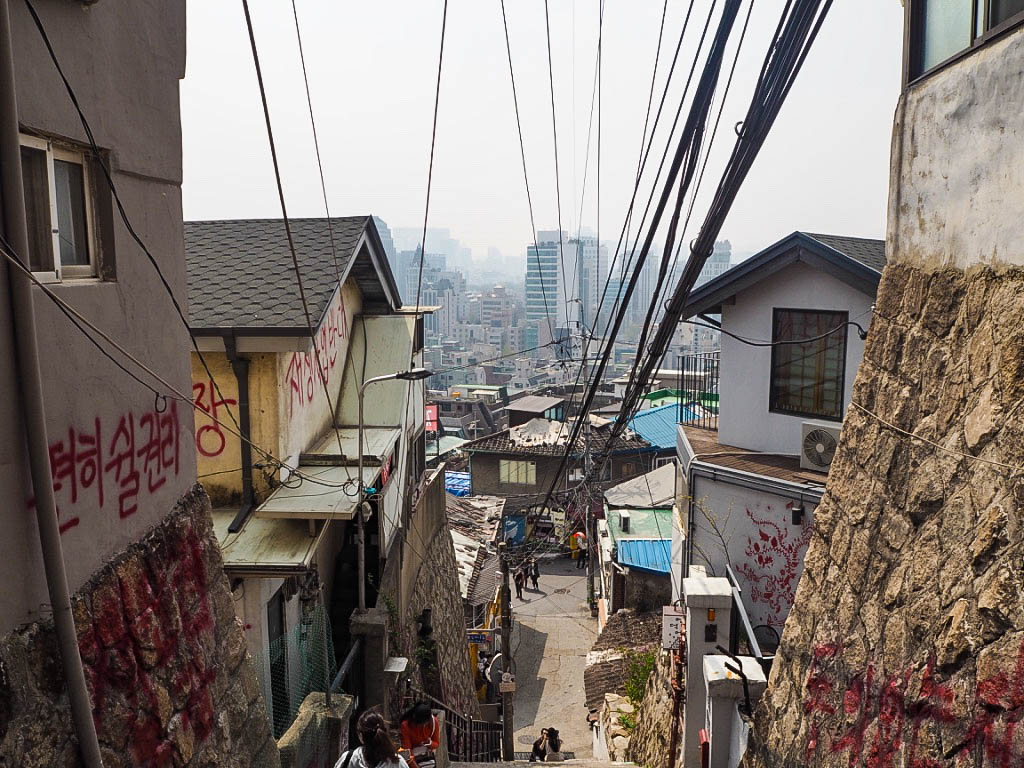 I love an area that flourishes under a regeneration project. The Ihwa-dong area of Seoul was set for demolition until artists moved in and created murals all over the existing buildings and winding walkways, making it heaven for Instagrammers and selfie-takers. It is the stairways that command the most attention, but every house is covered in some sort of painting, ranging in size and ensuring you never have time to put your camera away. 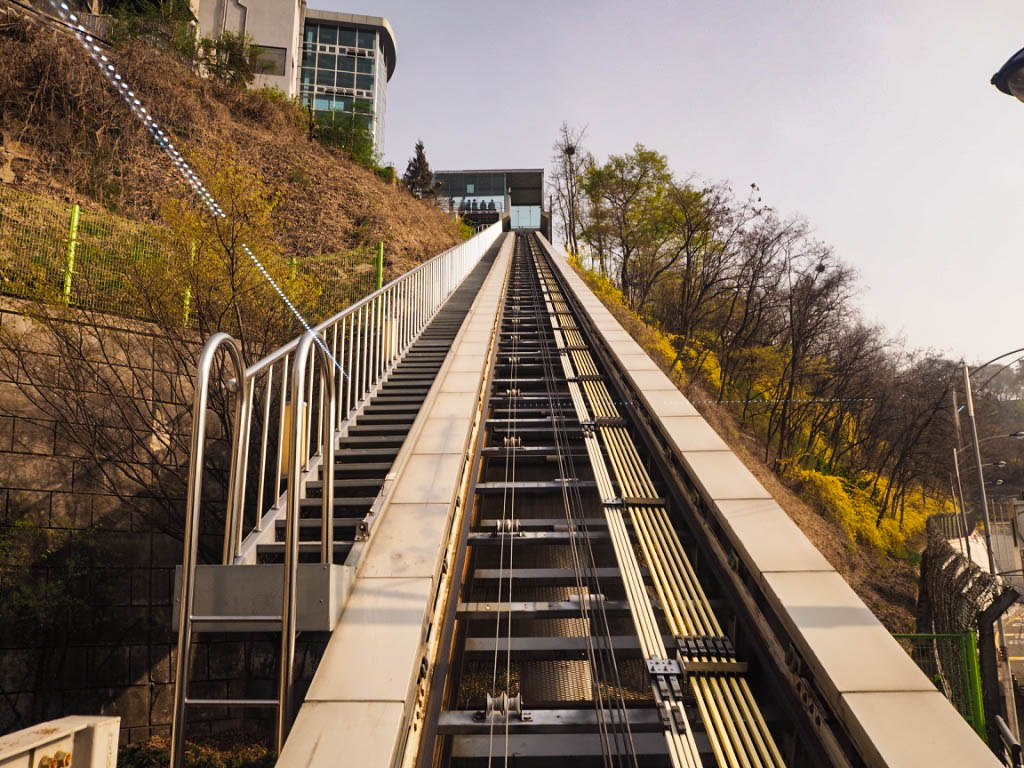 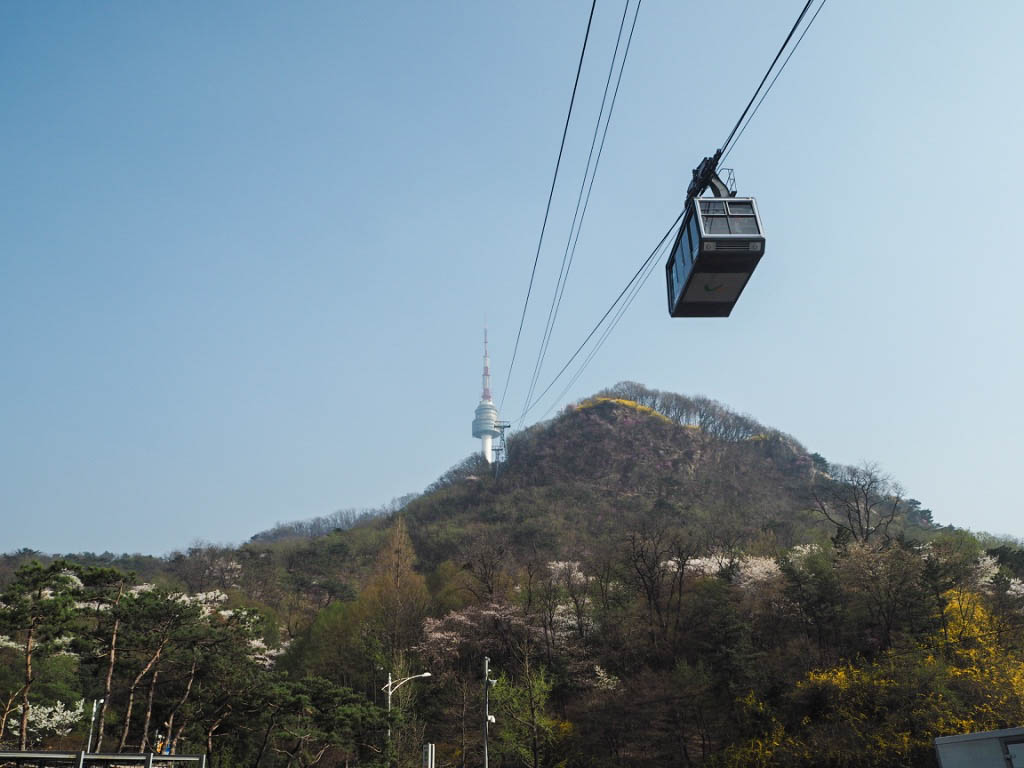 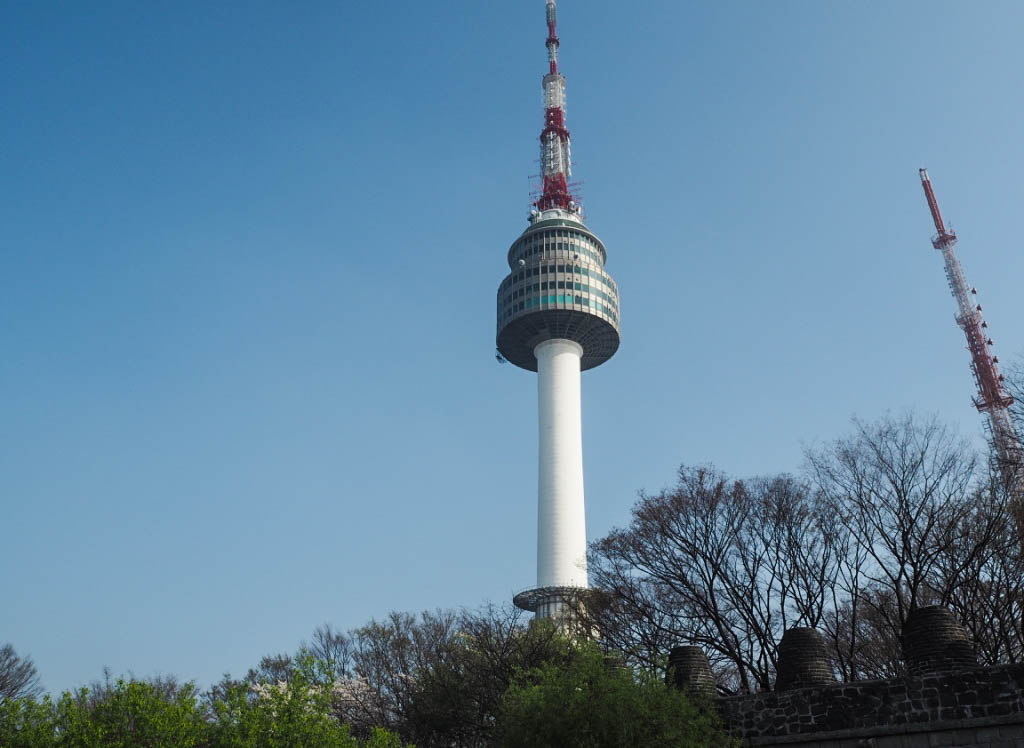 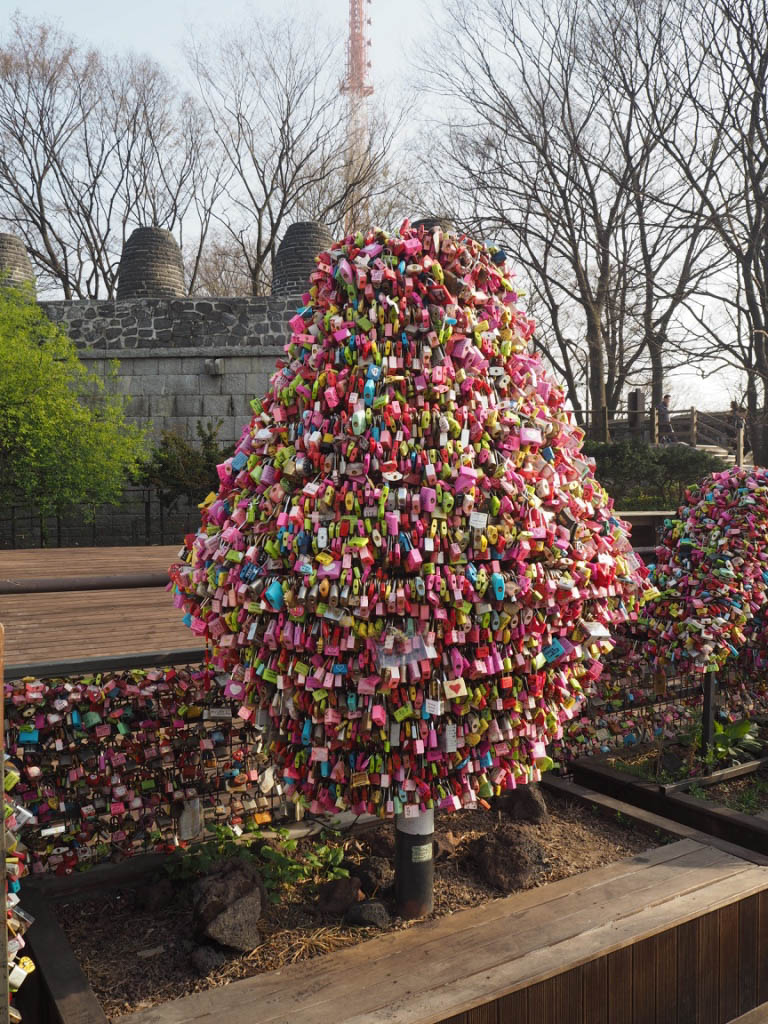 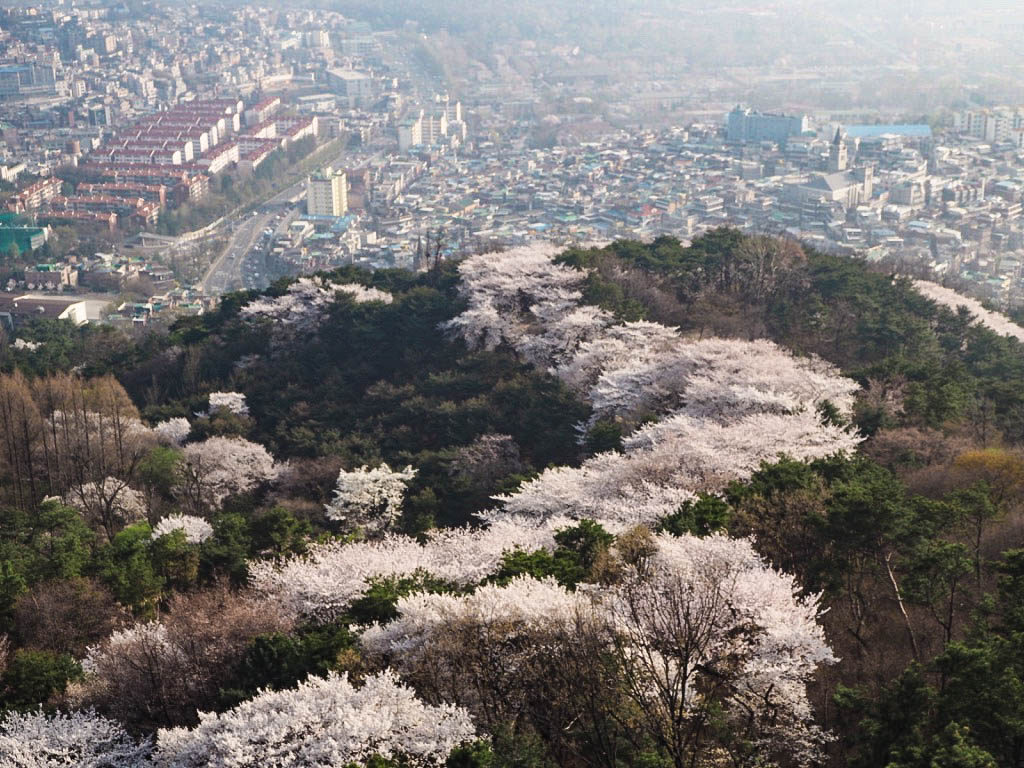 There are a number of places in Seoul to get a good view, but an easy one is heading up to N Seoul Tower. We chose not to go up the tower itself, but as we went up the funicular railway first and then the cable car, the views get better and better. We were in Seoul at the end of cherry blossom season and so the pinks and whites on the trees below were truly beautiful. At the top, we saw thousands of ‘love locks’ – that weird phenomenon that started in Paris which everyone seemed more interested in than the panorama below. 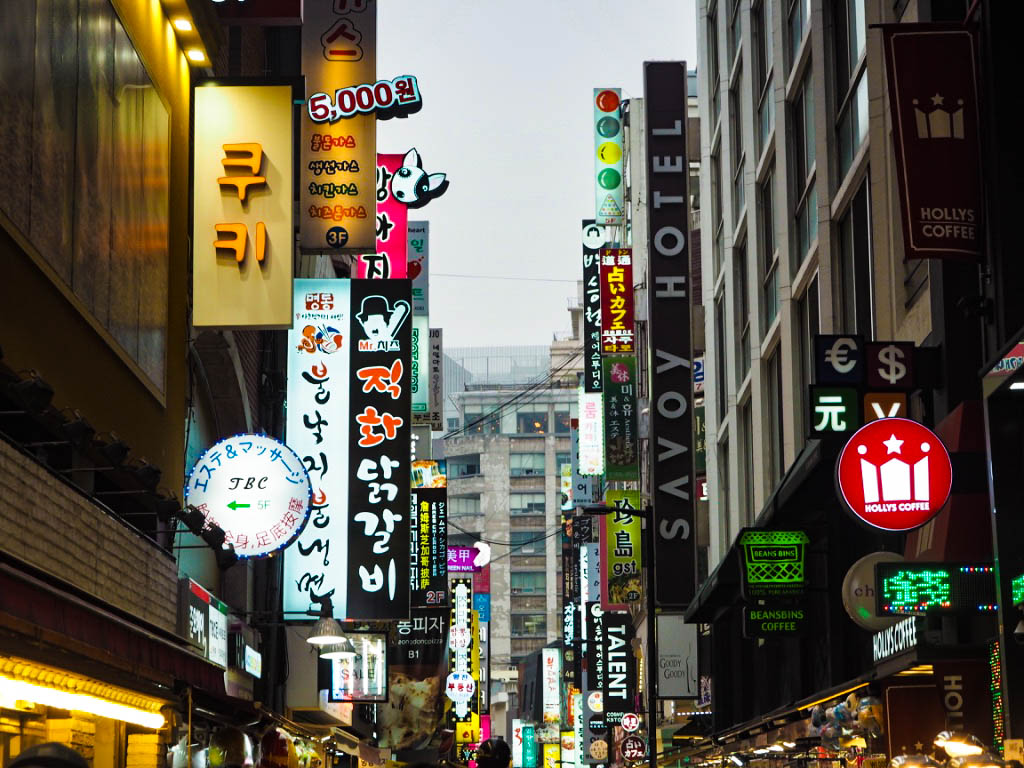 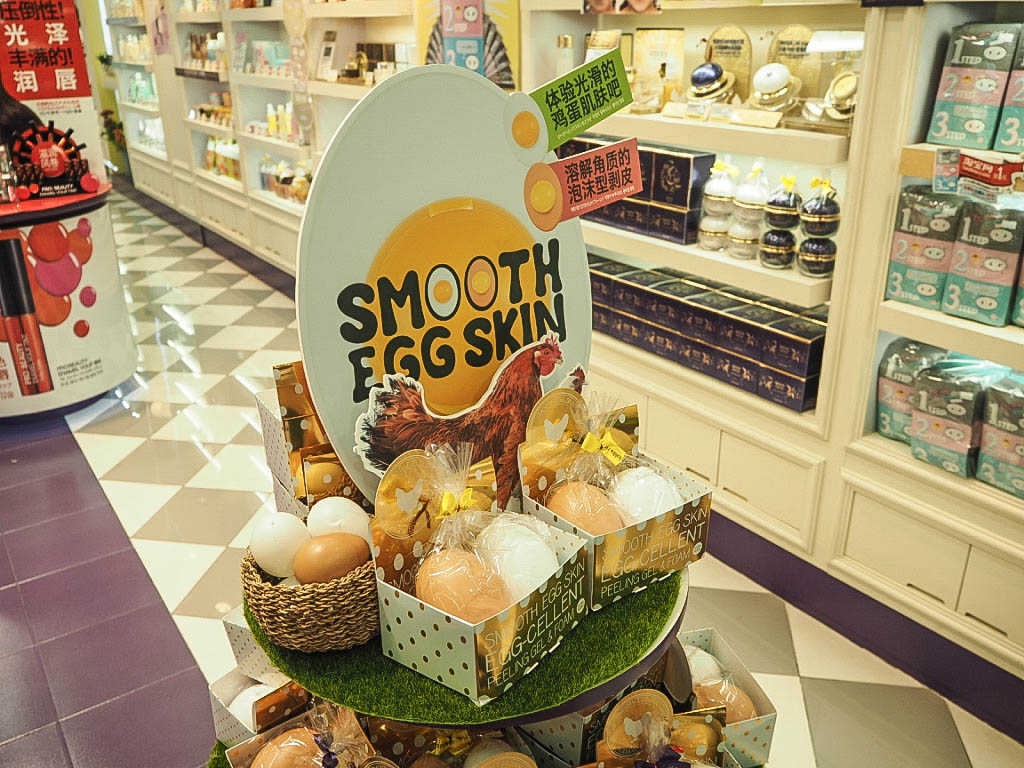 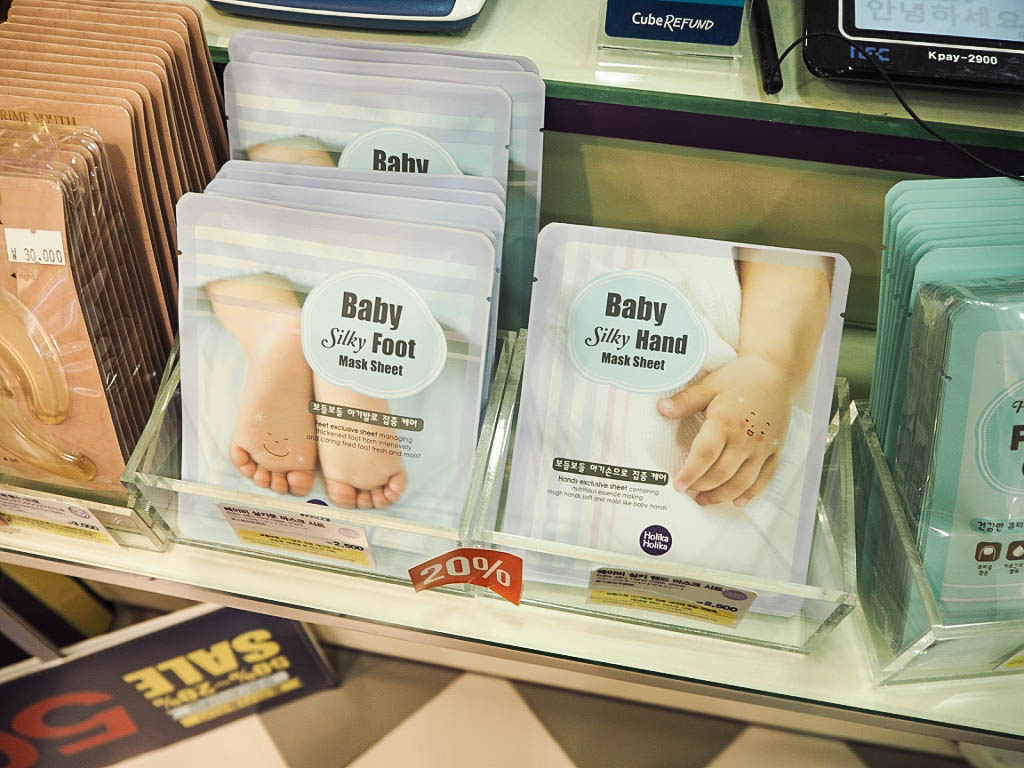 Before I headed to South Korea, I consulted my very own beauty guru, Emma on where I should shop for cosmetics. With a few shop names in mind, I walked down to Myeongdong, the Oxford Street of Seoul. I was in my element here and had my luggage weight and the fact I still had two months travelling left not stopped me, I would have bought ALL the things. The packaging, the novelty, the variety – I wanted it all. 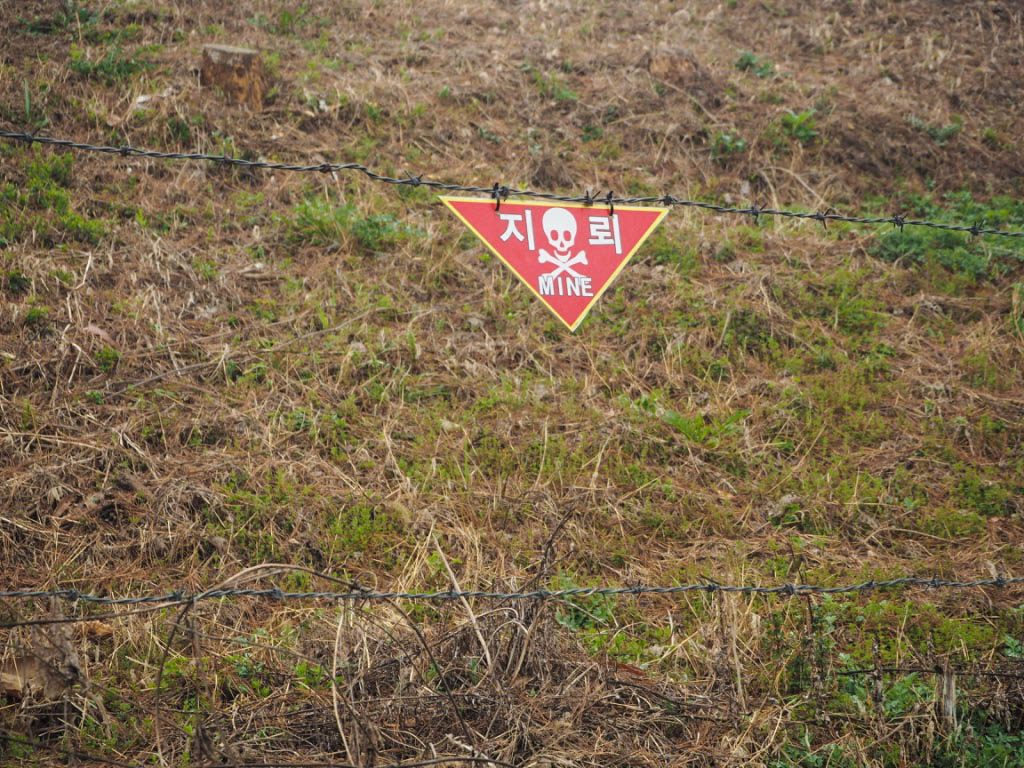 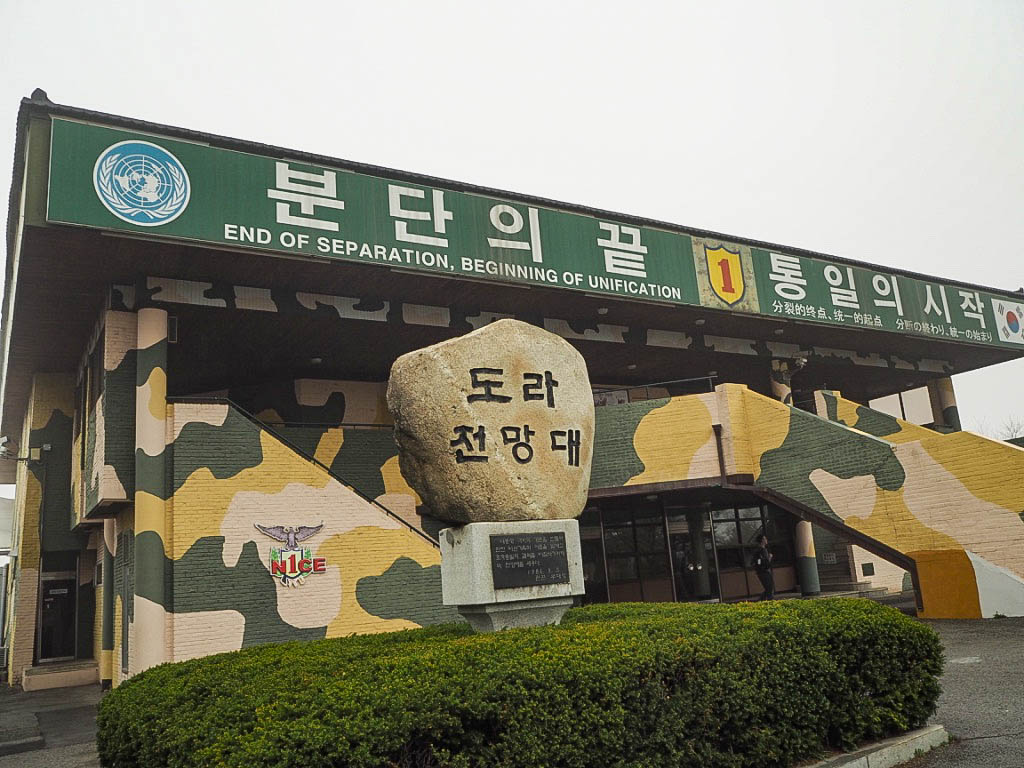 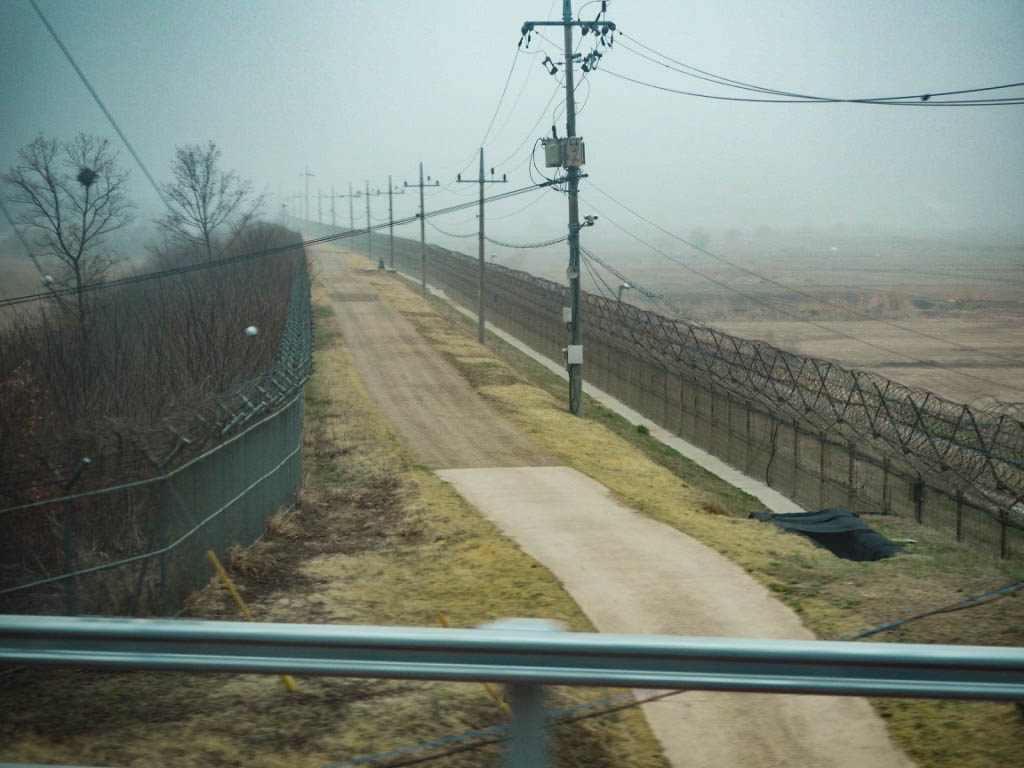 I have a full post on this coming up, but this is an easy day trip to make from Seoul. About 40 minutes drive away, you must book with a tour company as it is impossible to travel there without a military escort. Anyhow, having a tour guide really is invaluable here as the history and detail they provide is fascinating. You’ll not only see the border and into North Korea, if the weather works in your favour, but also see real infiltration tunnels and the train station built in preparation for unification. It is absolutely essential when visiting Seoul. 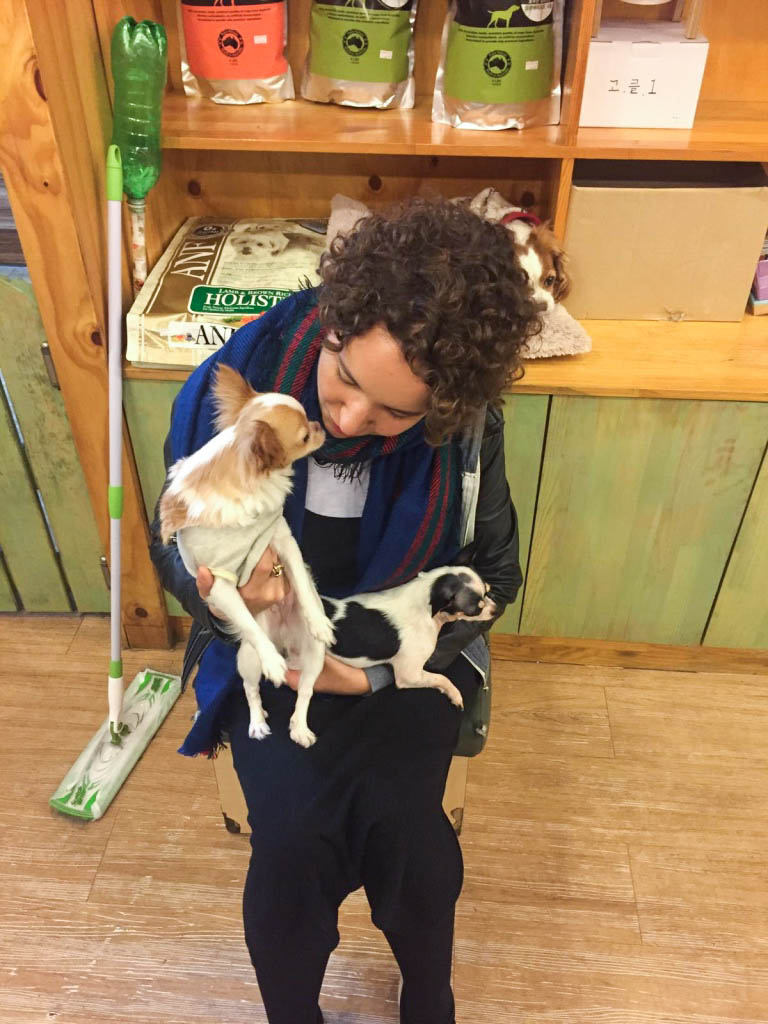 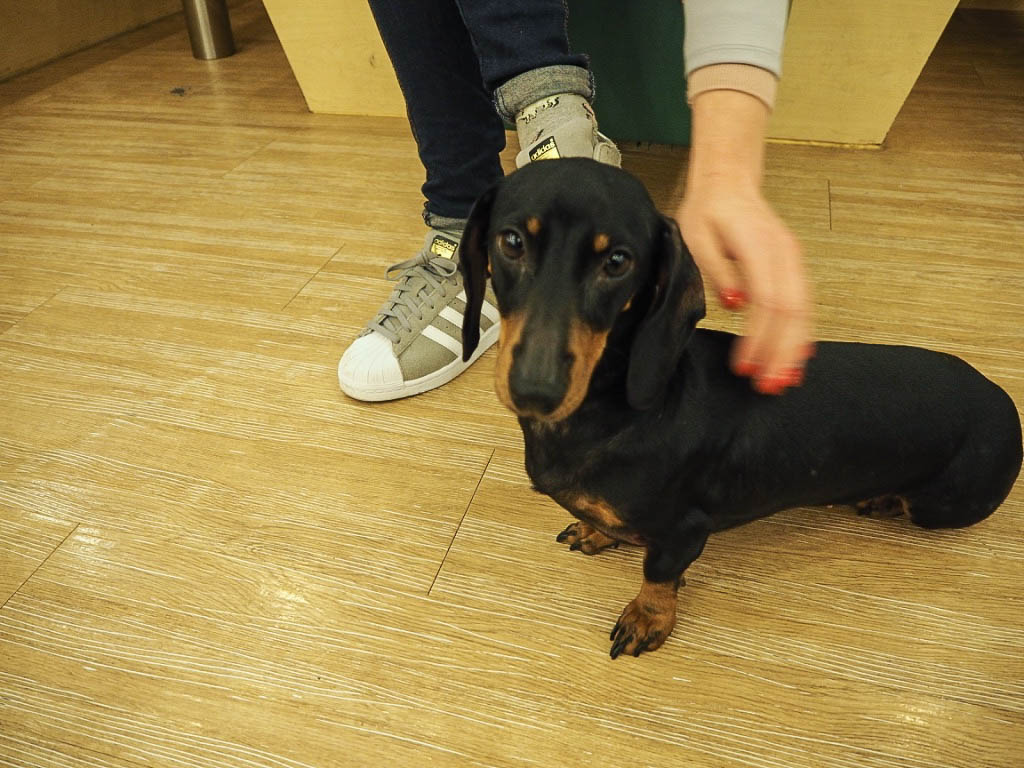 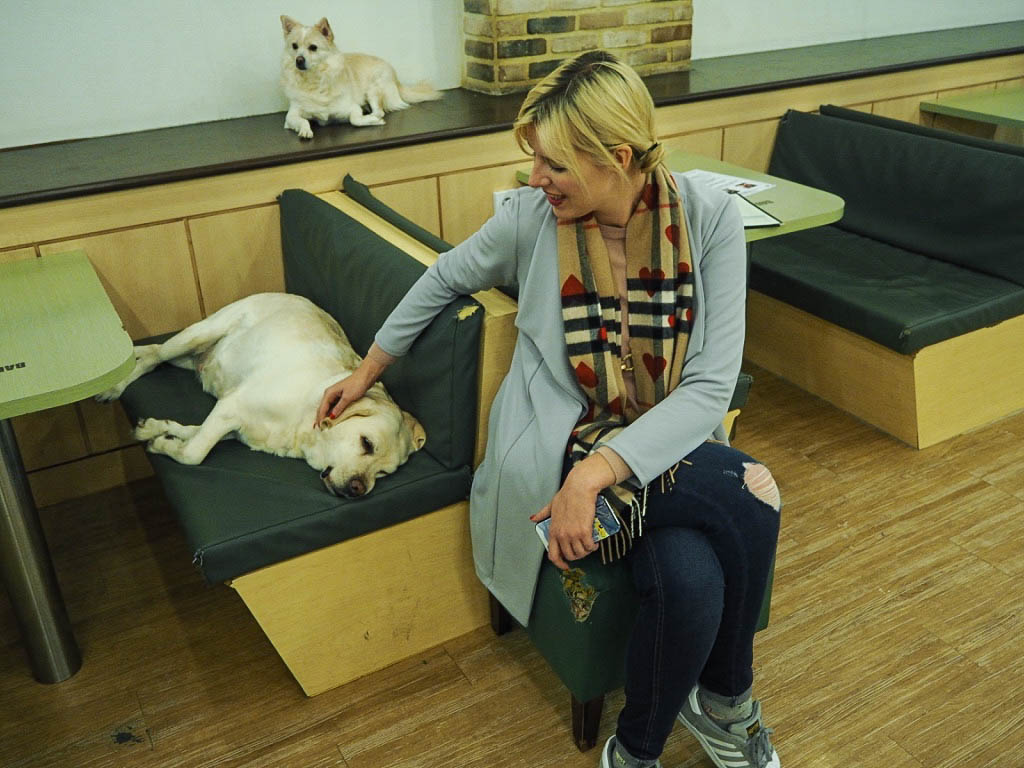 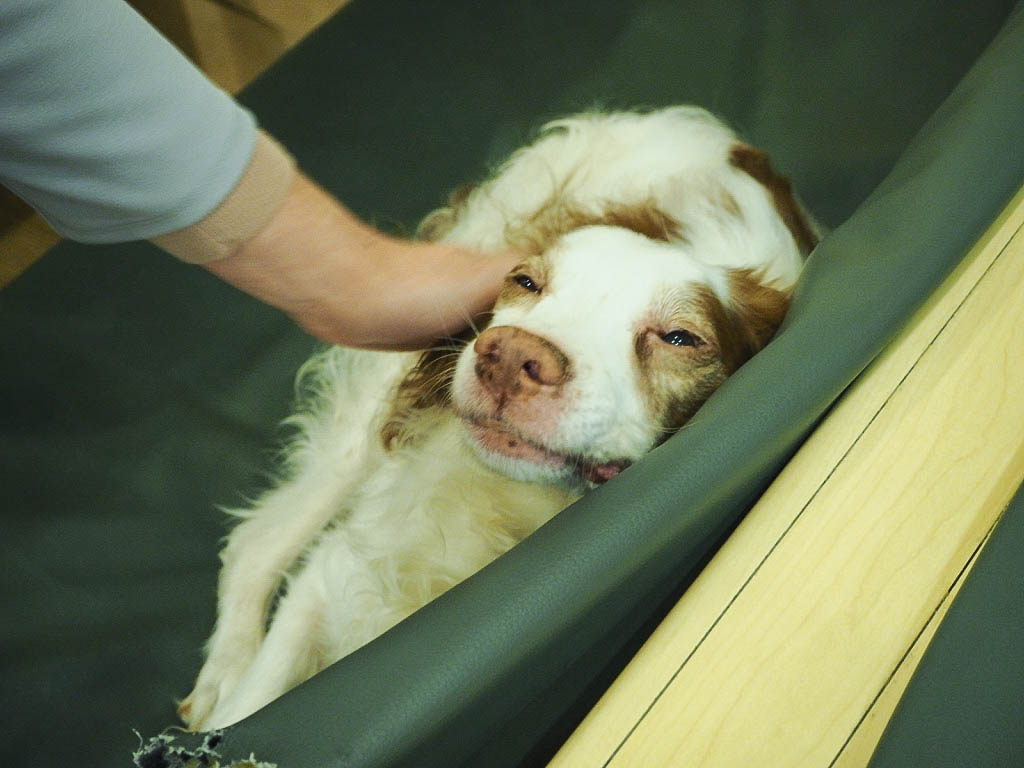 Sod Disney Land, this is the happiest place on Earth. After we’d done a decent amount of background checks on the animal welfare of these places, my vegetarian friend and I headed to Bau Haus. Exactly like the cat cafes popping up in the UK, the premise is somewhere to have a drink whilst surrounded by cute fluffy animals. The dog cafe had an area for larger dogs including a wolfhound and a really sleepy labrador, and an area for smaller dogs who were much more interested in the affection I wanted to shower upon them. At one point I was holding three dogs and to be honest, it’s a miracle I ever actually left.

Seoul is cosmopolitan and modern, yet traditional and proud of it. There is rigour and structure to their ways but it moves at such a pace that it’s exciting to be in the throng of it all and that has made sure that I will definitely be going back.