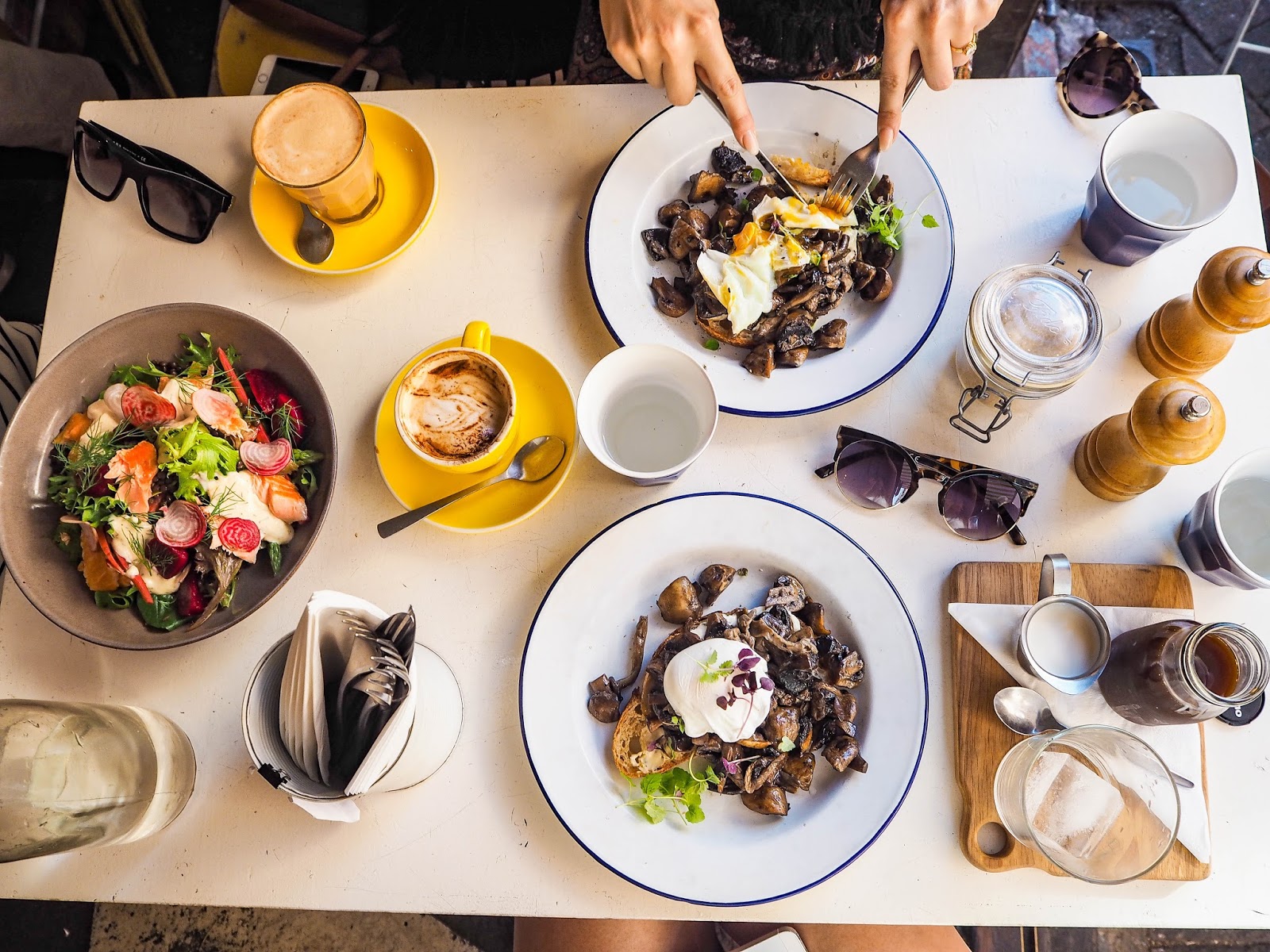 My first trip to Manly, a suburb north of central Sydney, came on a day when the weather wasn’t quite right. Both times I’ve visited Australia it’s just so happened to fall at the end of summer, so it’s a little too blustery for sunbathing but still too hot for any layers, which is a shame as Manly is known for its beautiful beaches. 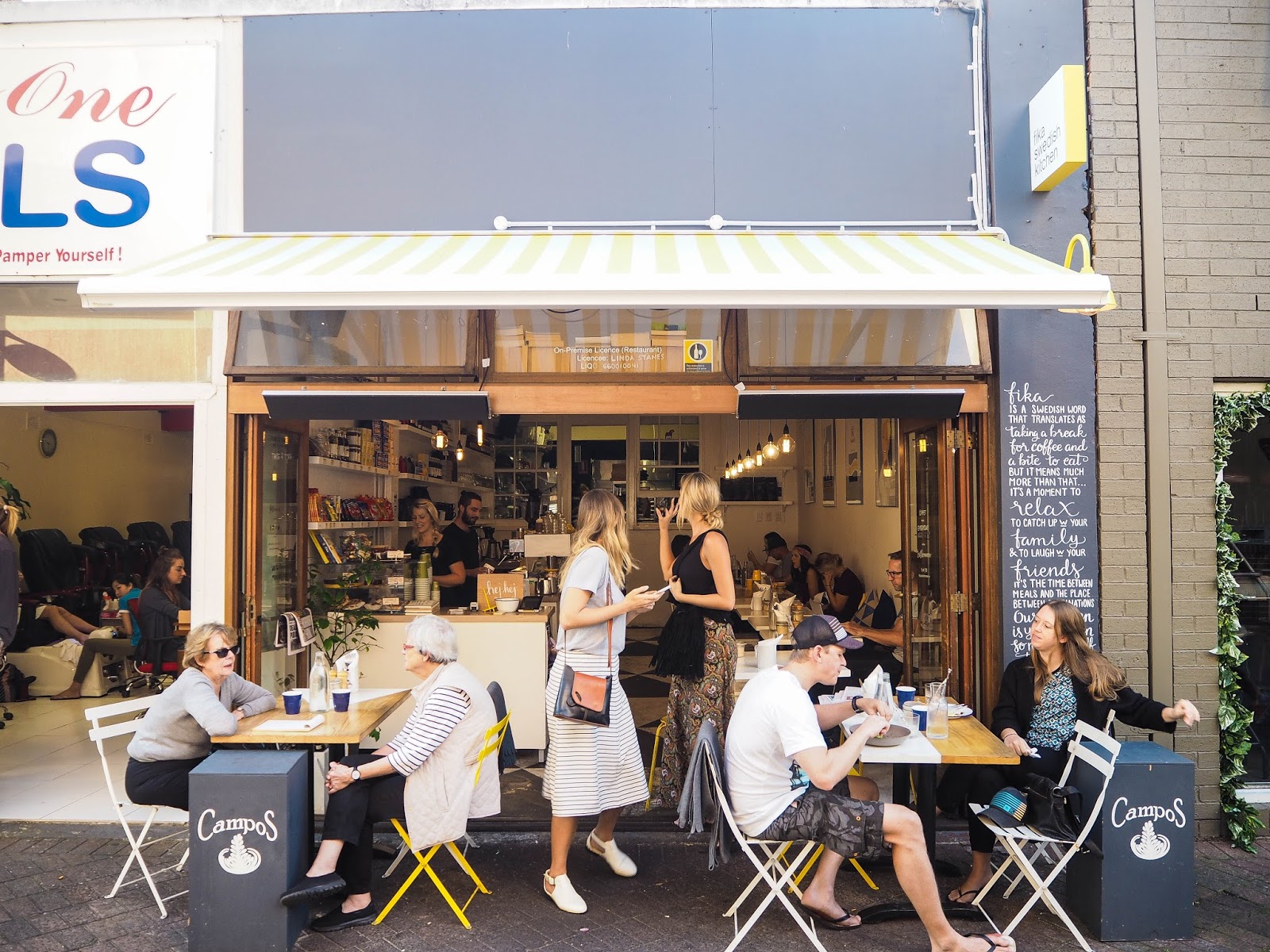 I requested a little trip out there just to see what the fuss was about, but being unable to fully make the most of the gorgeous scenery, we searched out brunch, and by divine intervention, we found Fika Swedish Kitchen. Appropriately, the name is Swedish for ‘taking a break for food and drink’, which is precisely what we were after, and being a fan of Scandi food that I’ve tried both at home and abroad, it seemed like the obvious choice. 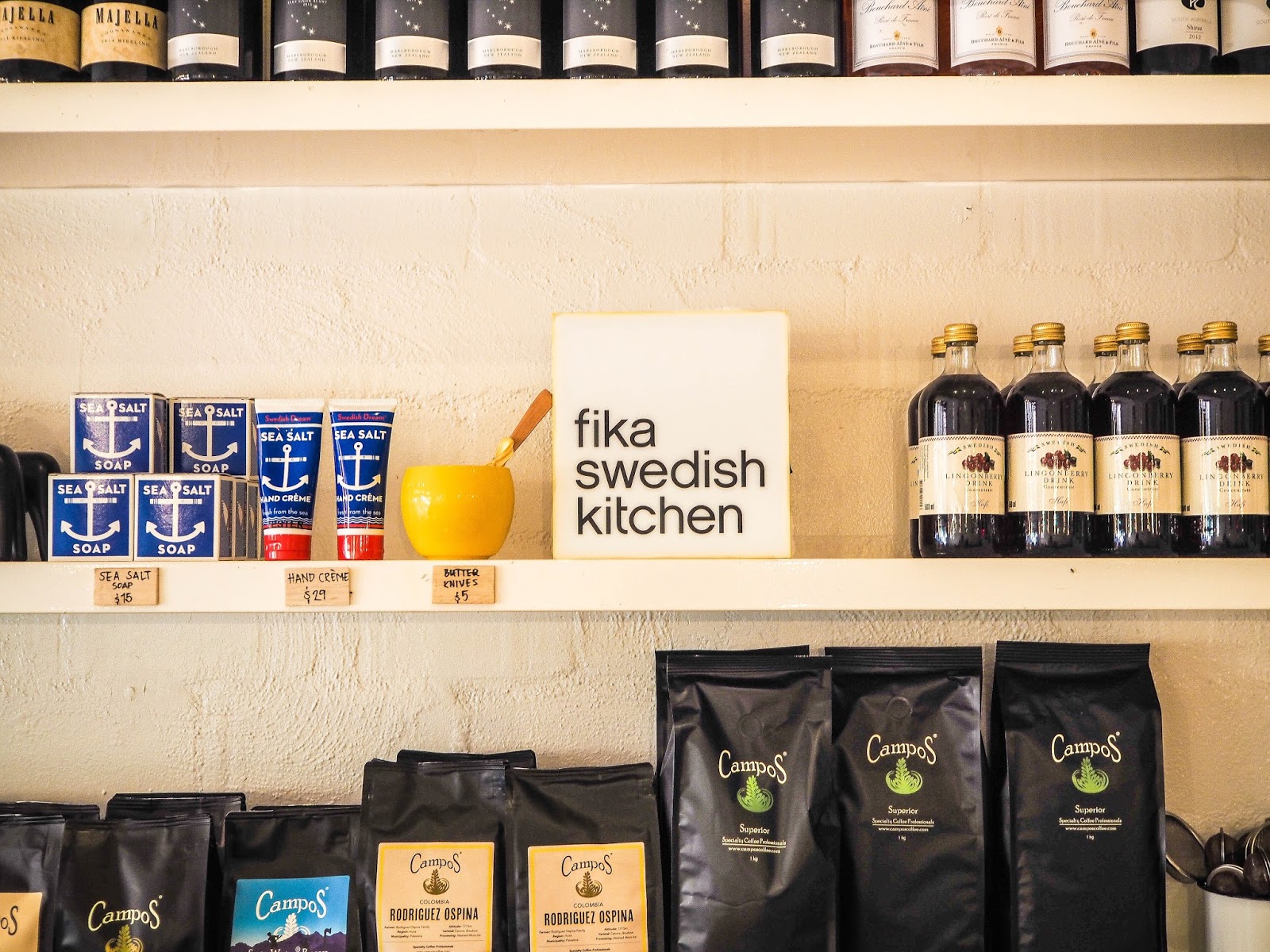 As is the way on a sunny day in Australia, I ordered a cold brew coffee to sip on whilst my friends who were more acclimatised to the weather ordered lattes in the usual fashion. The menu offered brunch with familiar Scandinavian ingredients like dill, salmon and beetroot, but as the first meal of the day I wanted something with less of an acidic punch. 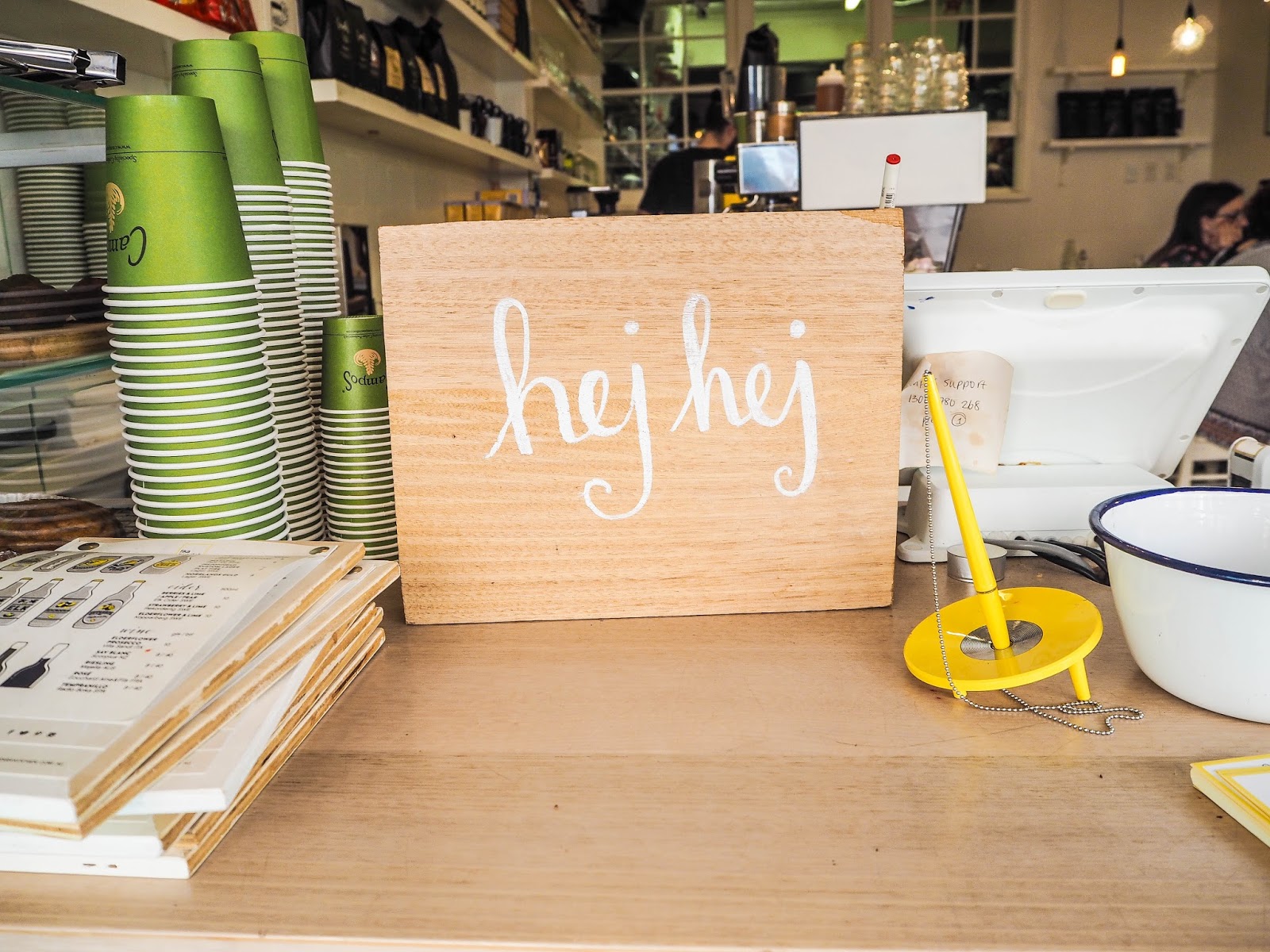 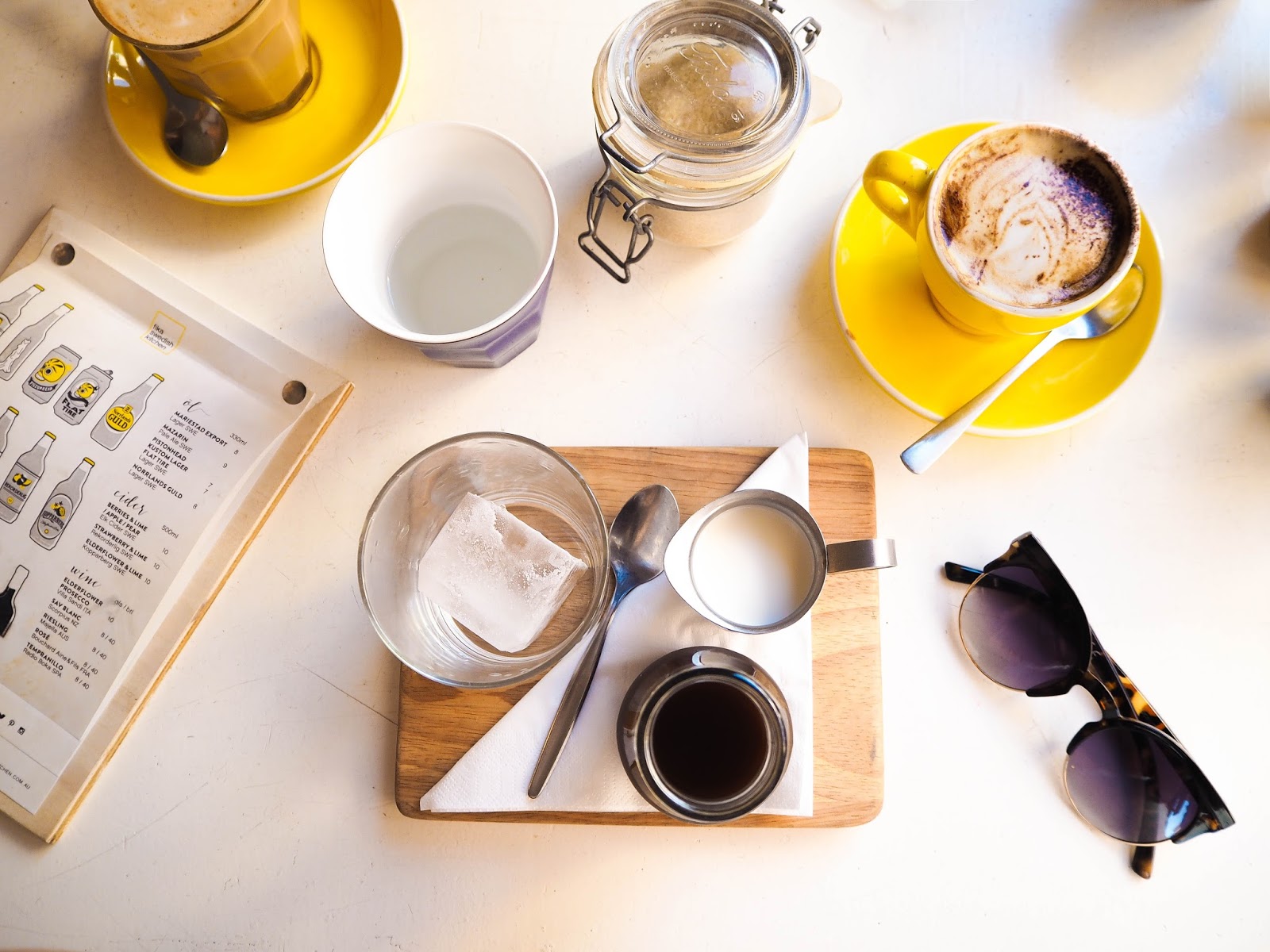 I went for The Champion: sauteéd forest mushrooms with horseradish cream and poached egg on sourdough toast. A clever twist on a brunch favourite, the mushrooms were buttery and soft without being slimy, as they often can be. The poached egg popped under my fork and was perfectly mopped up with crisp toast when mixed with the horseradish cream. 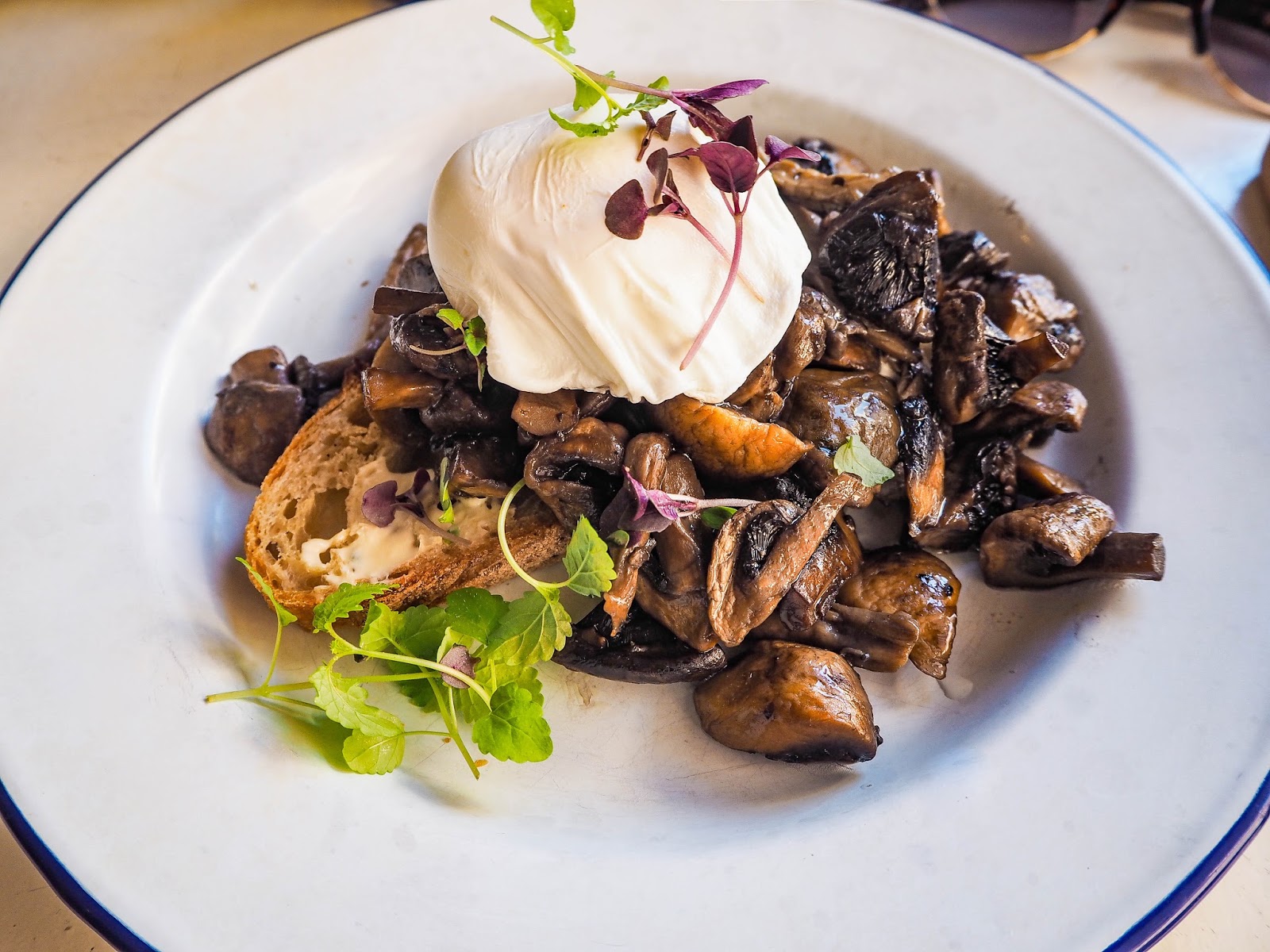 Feeling perfectly satisfied, I had no intention of having dessert, until I spotted the muffin of the day on the counter. Rhubarb is, quite honestly, my favourite flavour in anything, and this freshly baked beast was destined to be mine. It was juicy from the addition of raspberries and had a sharp tang from the rhubarb without overpowering the expected sweetness of the muffin. Simply put, it was awesome. 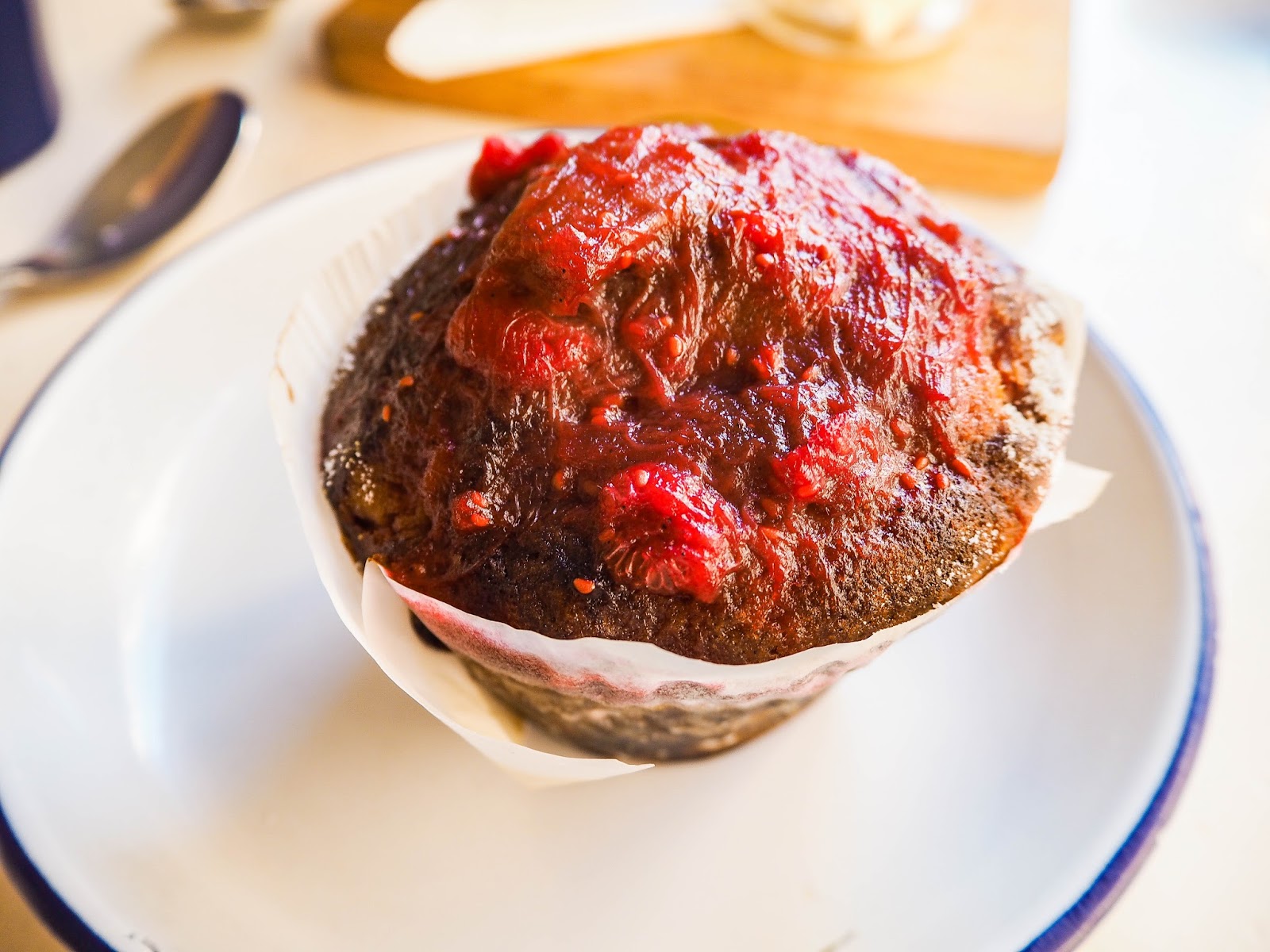 Manly doesn’t have the same pretentious vibe as Bondi – in fact, it seems remarkably unremarkable at first glance. But Fika was such an unexpected gem that next time I’m in Sydney, you can be sure I’ll be exploring the area in much more depth. 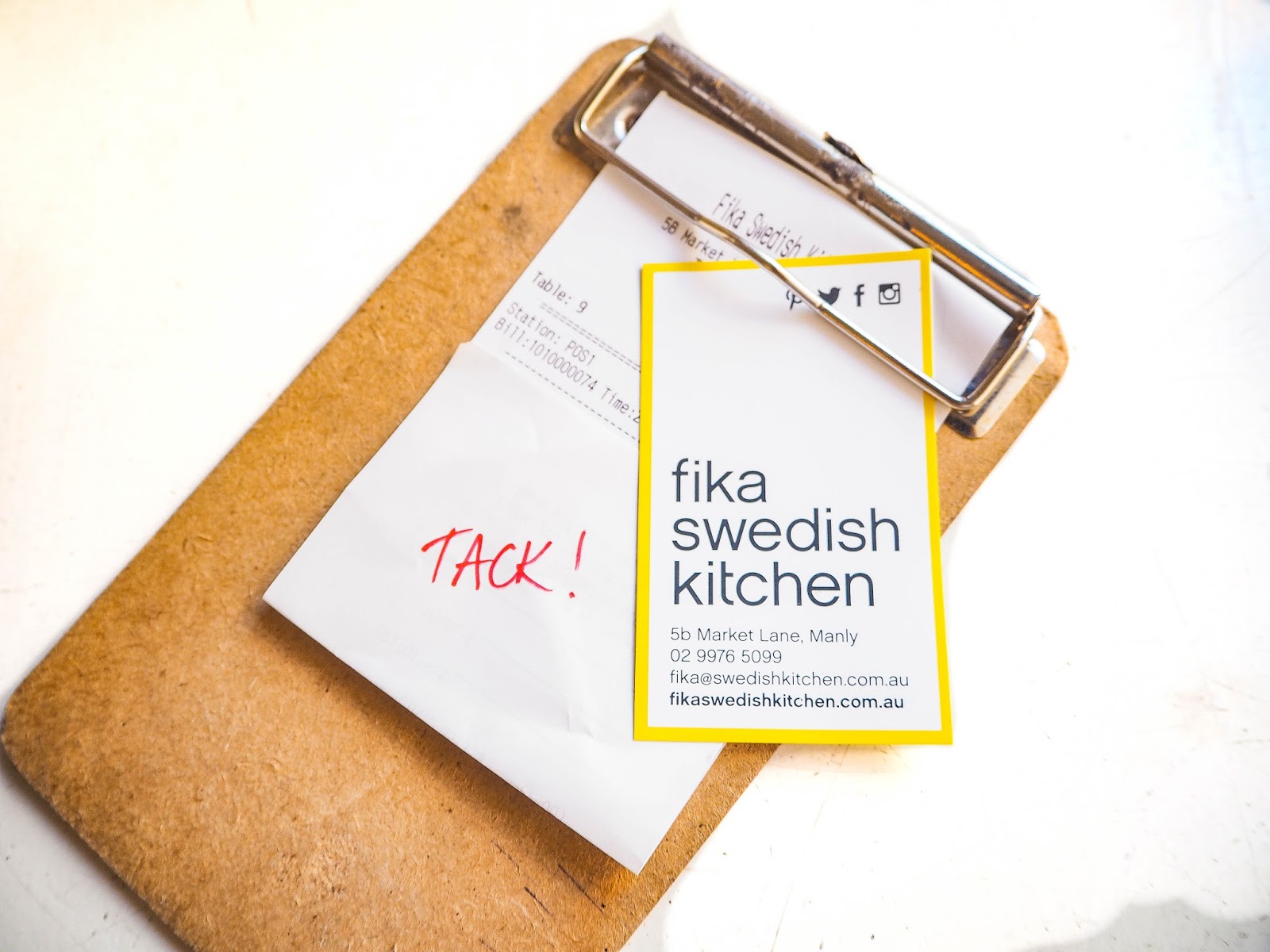