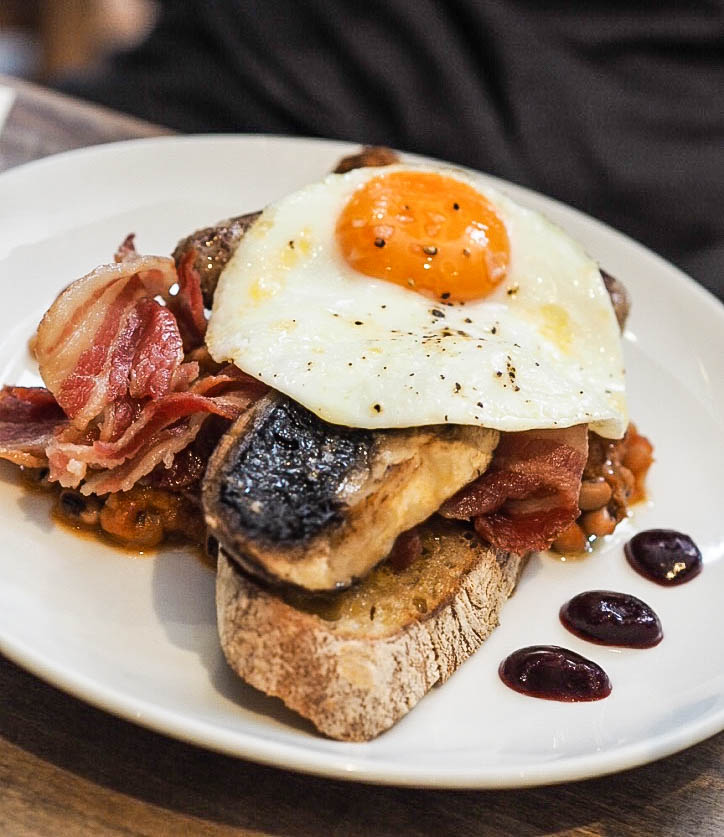 A stone’s throw away from unbearably busy Covent Garden piazza is Drury Lane. Saint-like calm in comparison to its neighbour, it’s home to the beautiful greenhouse style facade of the Royal Opera House, around the corner from the cool coffee shops of Holborn, and the location for my most recent brunch: Jar Kitchen. 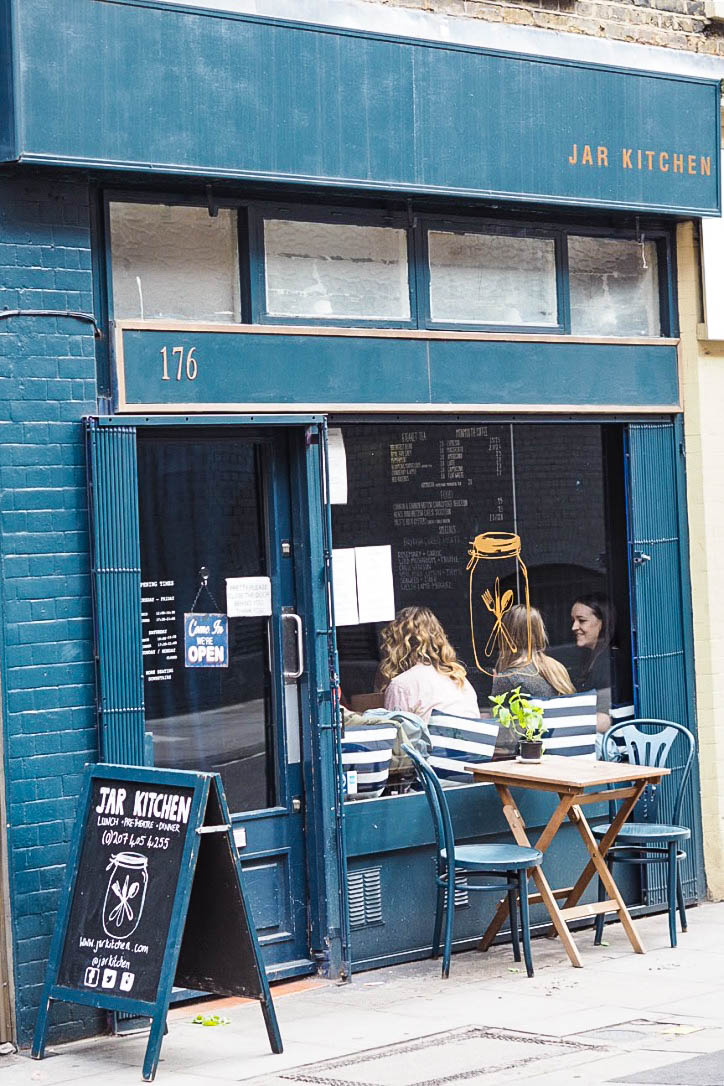 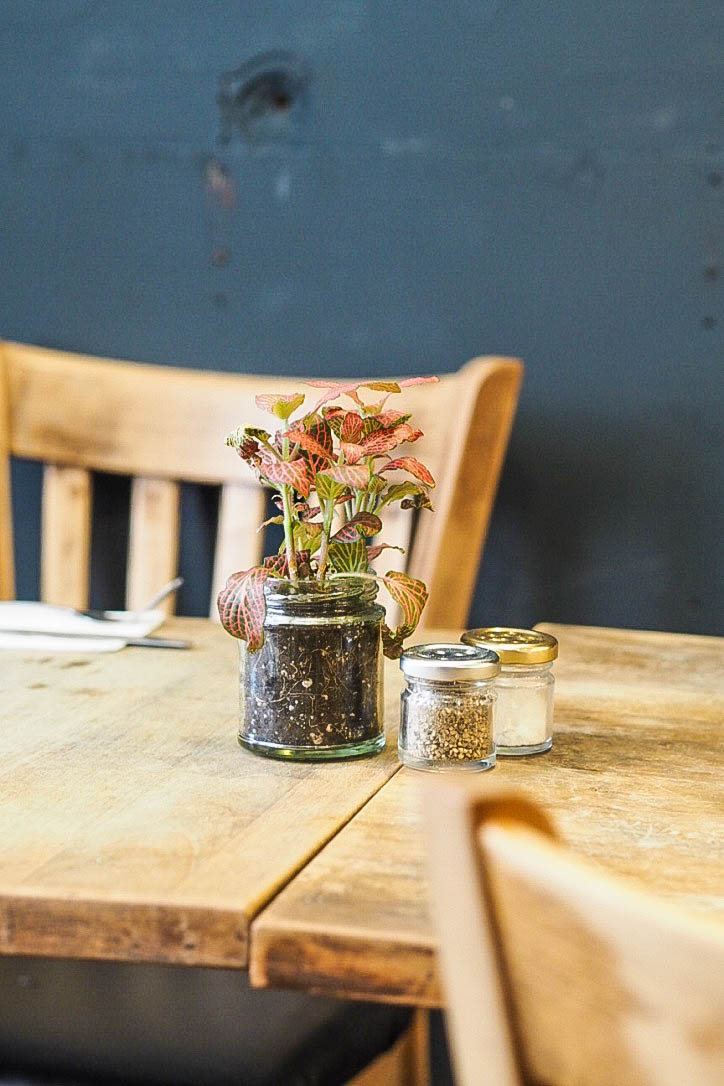 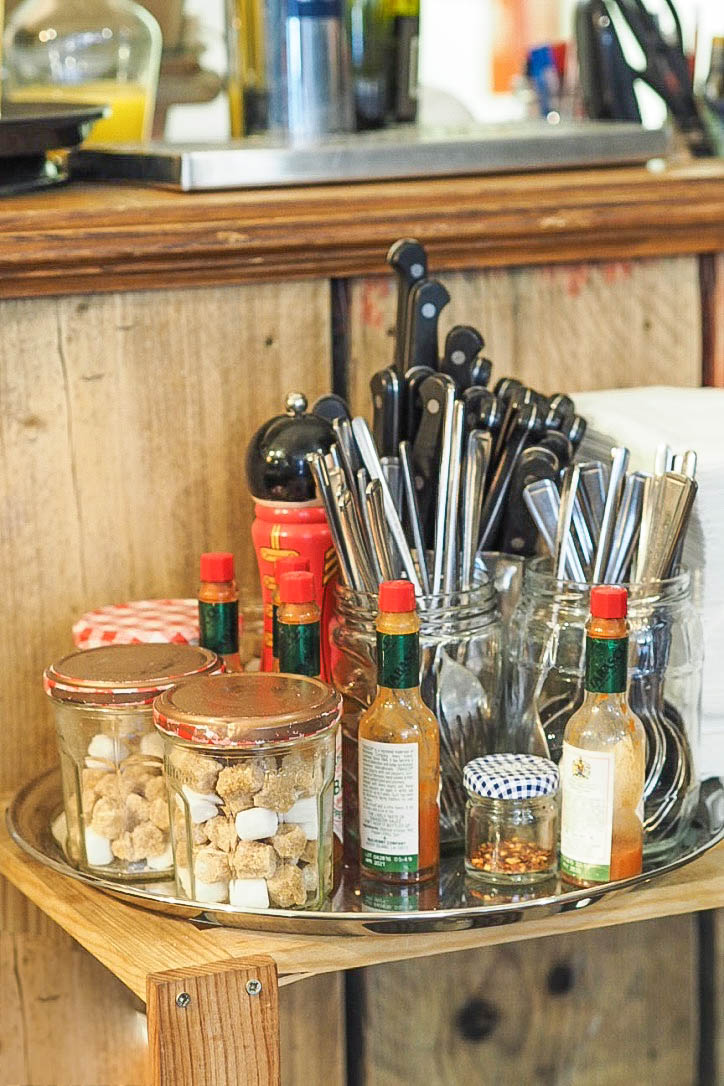 The homely interior with it’s super-now blue and copper colour scheme had a cosy cafe feel, but it’s a little more special than that, and as we were there on a special occasion, we started with a couple of glasses of prosecco. Jar Kitchen does offer a bottomless booze option, but as we were heading to a brewery tour shortly afterwards, we limited ourselves! 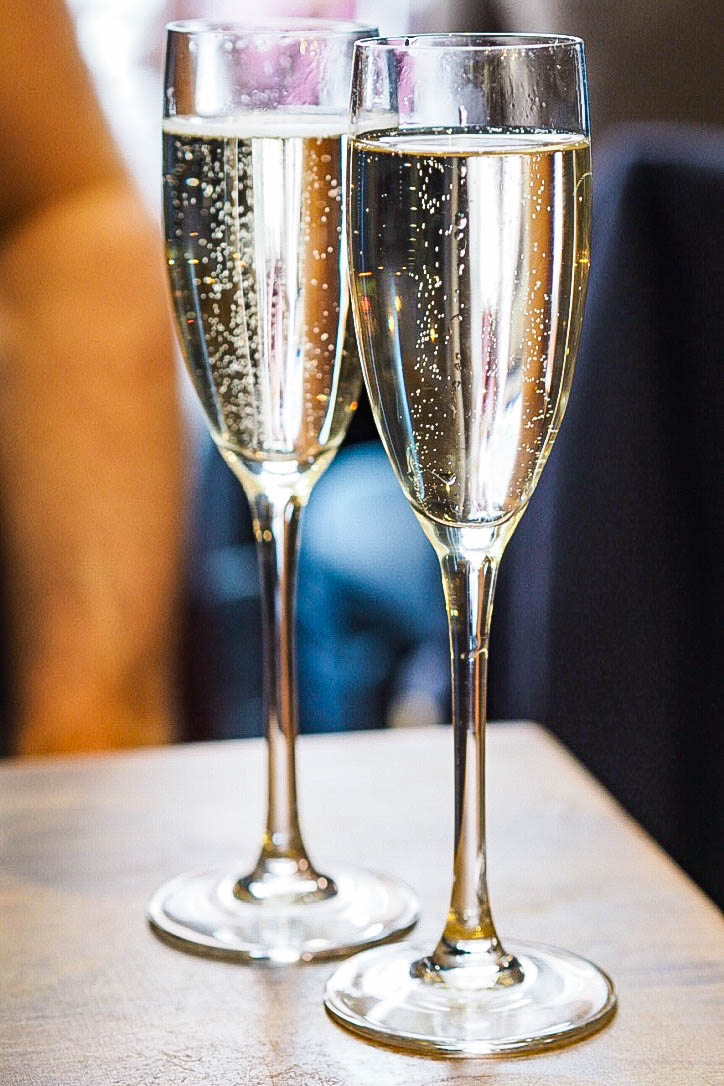 I normally avoid ordering a full English when I eat out as it seems a bit basic, but with a day’s beer sampling up ahead, I wanted to make sure my stomach was fully lined. It came with a thick slice of toast as long as my plate, with mouthwatering crispy bacon, pork sausage and a runny fried egg. Although I wasn’t a fan of the beet ketchup (that earthy flavour just never works for me), there were two surprise standouts. The beefiest, buttery mushroom and amazing black-eyed baked beans: classics with a twist that I absolutely loved. 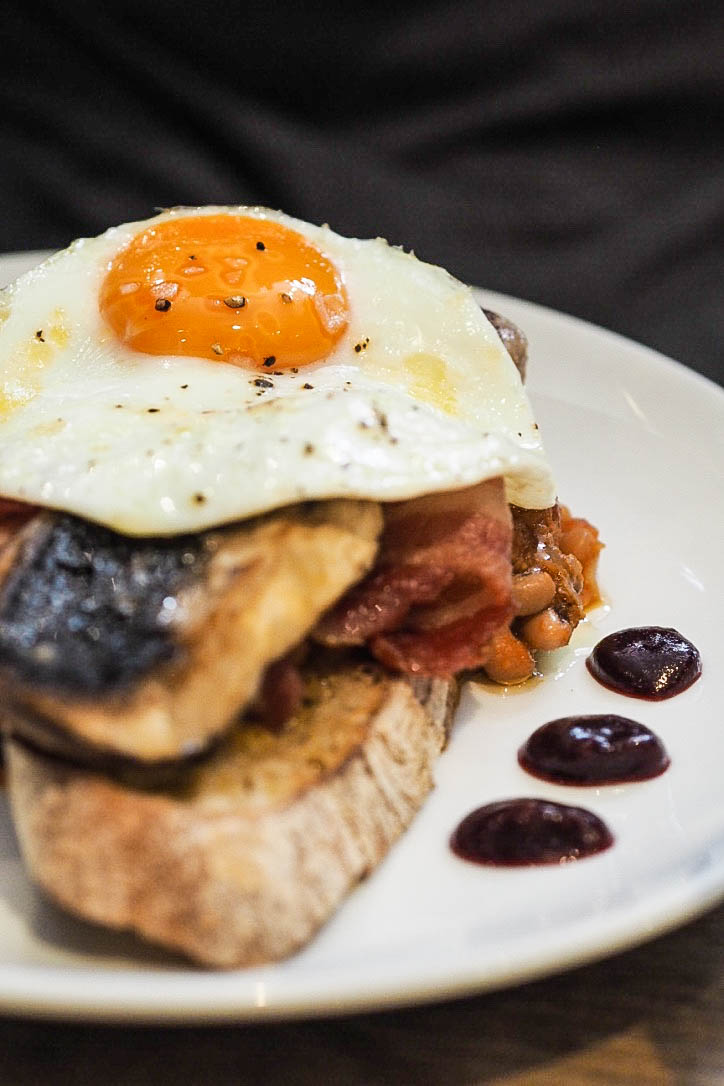 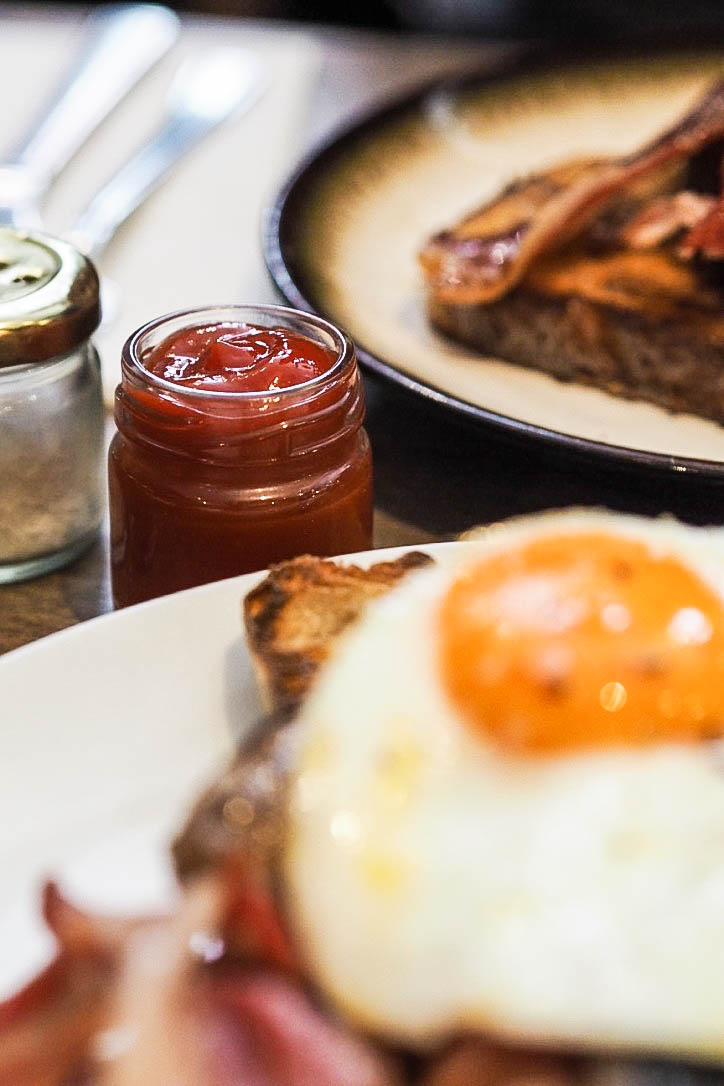 The birthday boy went for the French toast which came topped with the same crispy bacon I had, but no maple syrup, which at first was a bit of a disappointment until we tasted it (yes, ‘we’ – because i had to try some for research purposes, of course). It was already sticky sweet from the frying pan and it melted in the mouth. It was the perfect brunch plate. 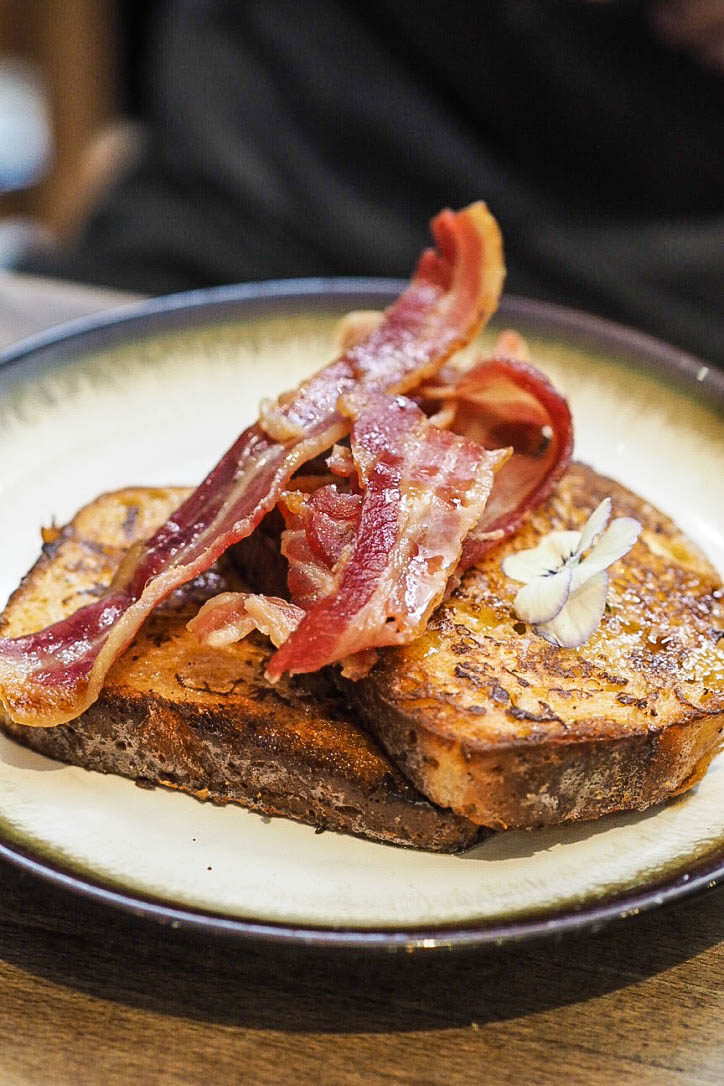 We made a very good decision to indulge in a shared dessert before heading off. Three fluffy-on-the-inside, crispy-on-the-outside doughnuts, all fried up and dipped in salted caramel. 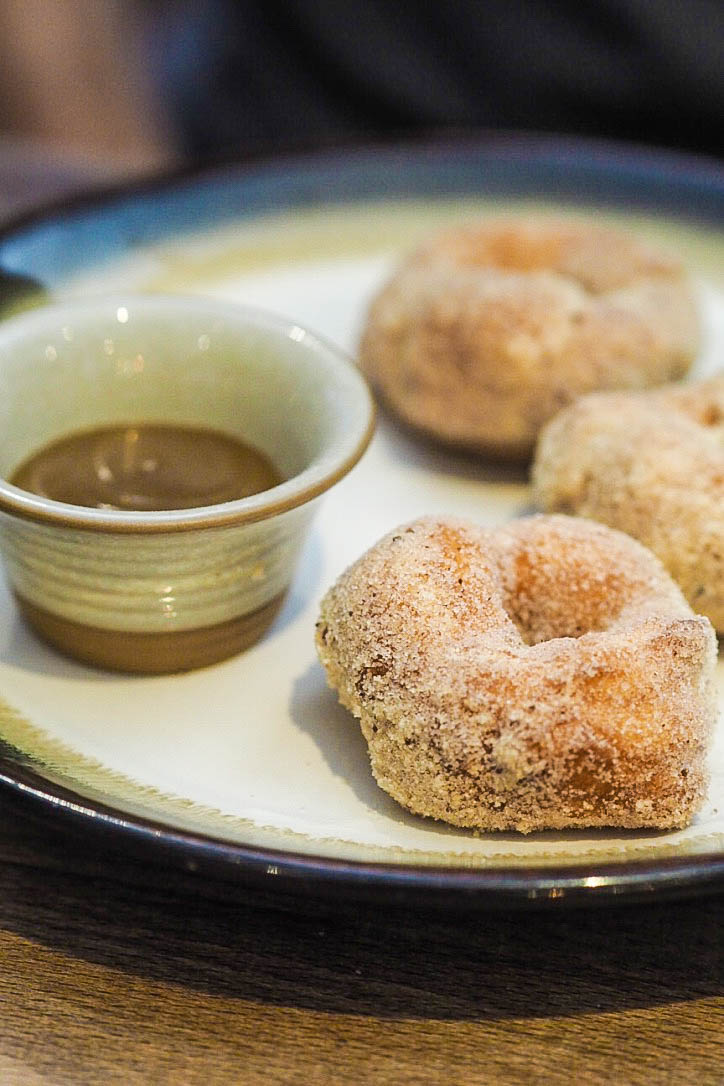 With a final sip of prosecco to go with them, it was the most delicious way to end the morning and begin our afternoon being tourists in our own city. 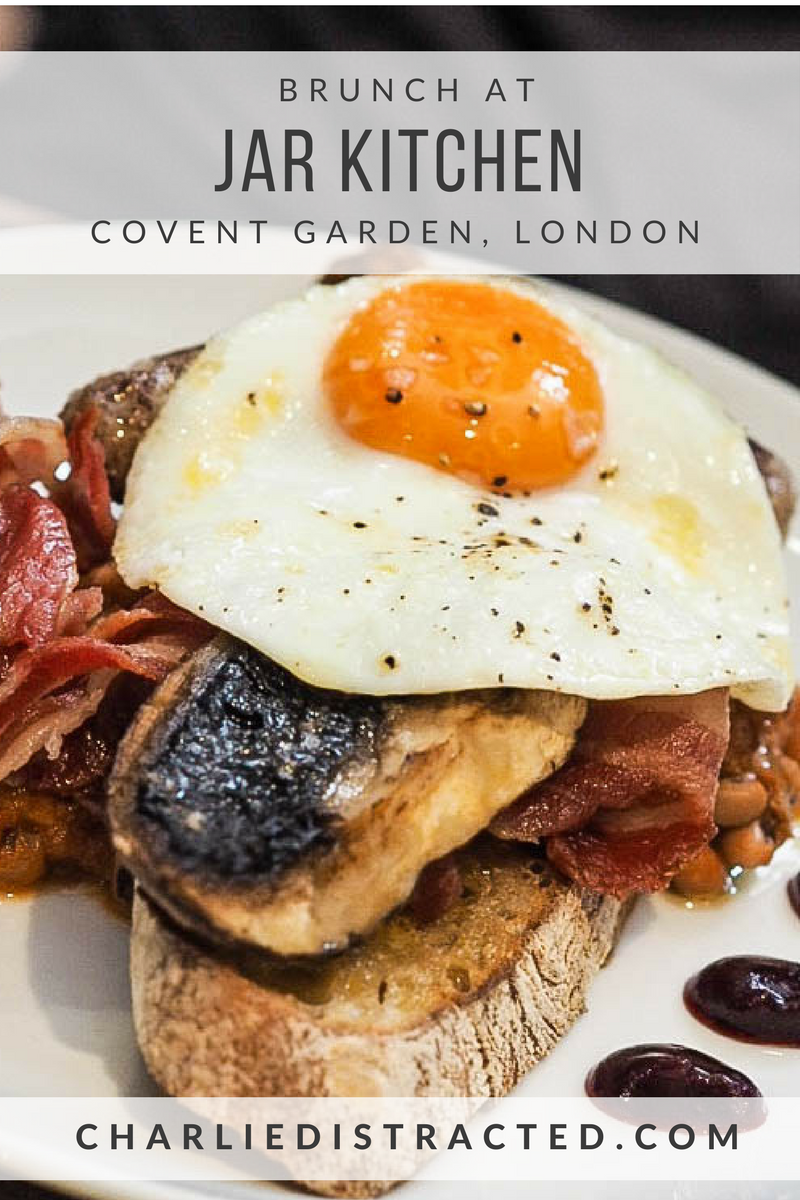