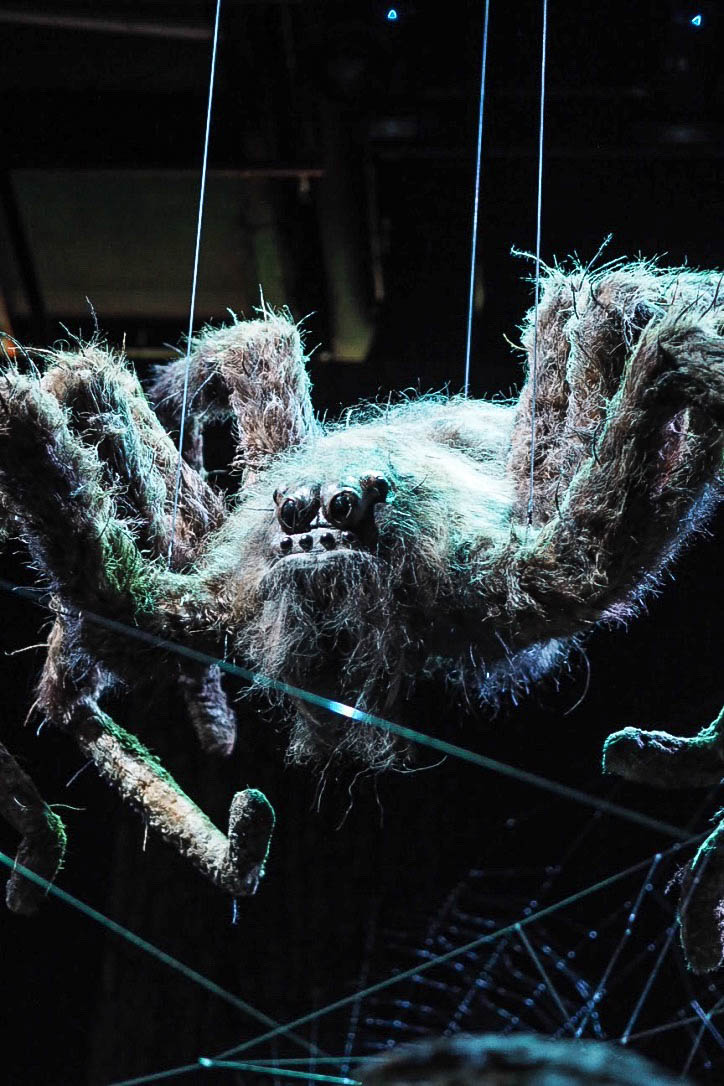 Being a Harry Potter fan is the gift that keeps on giving. The magic of the books kept going through film, and even though it’s been six years since the final movie there has been so much to keep us Potterheads obsessed. It doesn’t have to be a brand new West End play (although I could talk about Cursed Child alllllllllll day every day), because the Warner Brothers Studio Tour evolves throughout the year. I’ve now visited four times and there is always something new to explore, and this time? It’s the out-of-bounds Forbidden Forest. 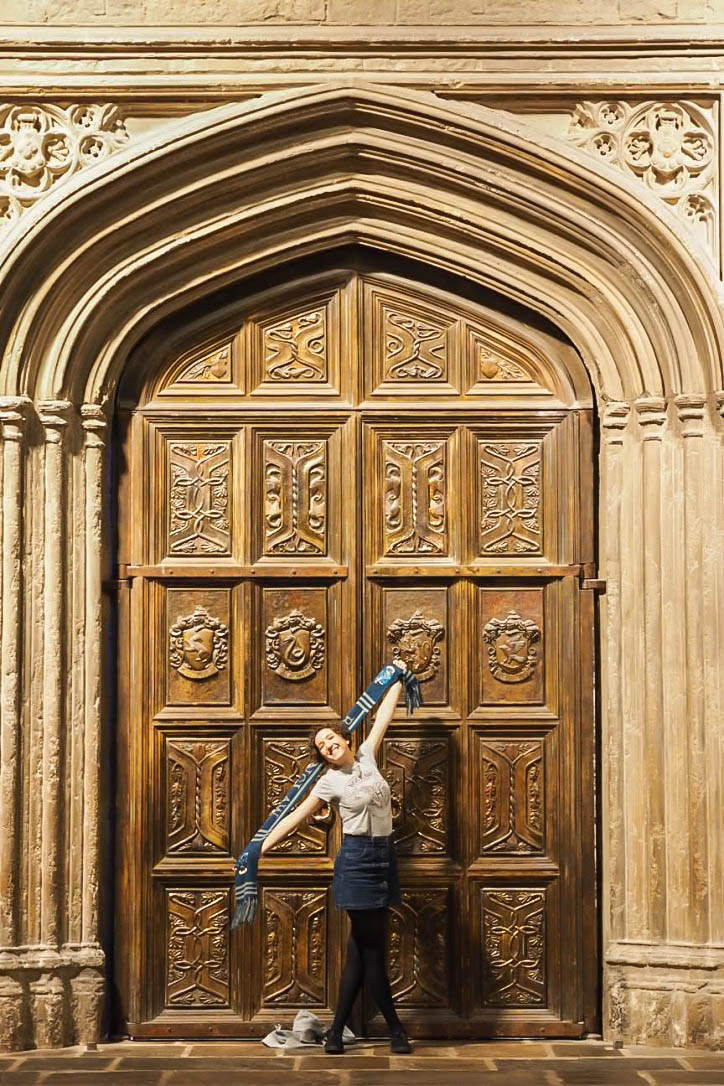 Kitted out in my Ravenclaw best, I once again walked through the Great Hall, missing the snow flurries from when I last visited at Christmas, but always as stunning. It doesn’t matter how many times I see the Gryffindor common room or the Potions lab – I will always look for more nuances and get a little teary. 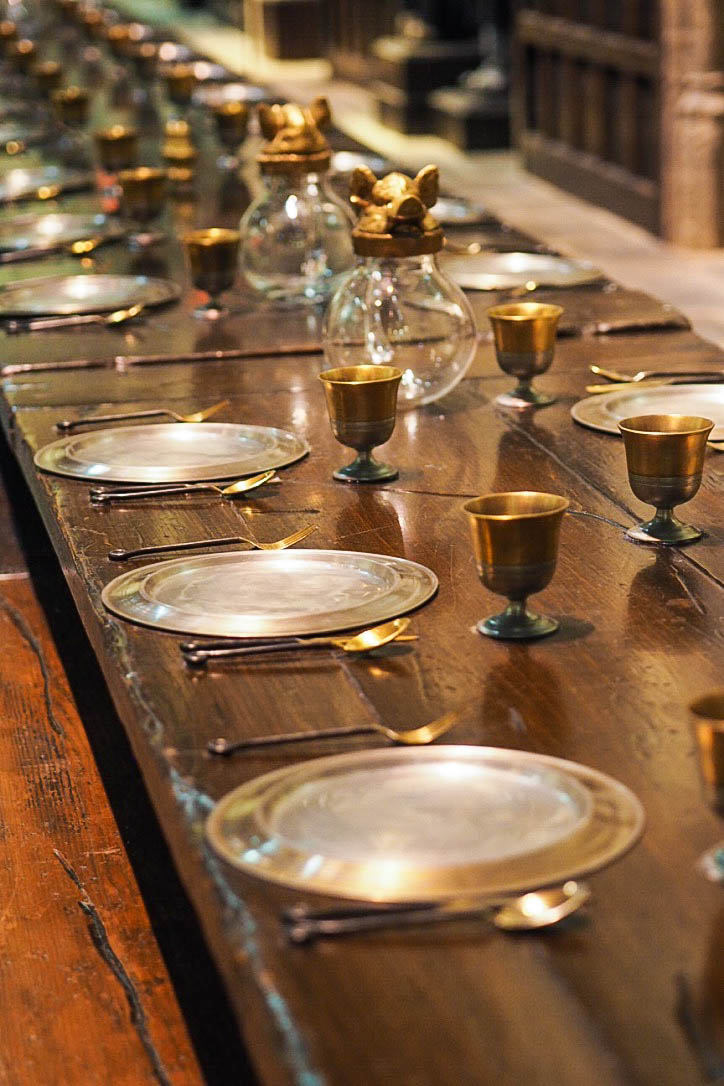 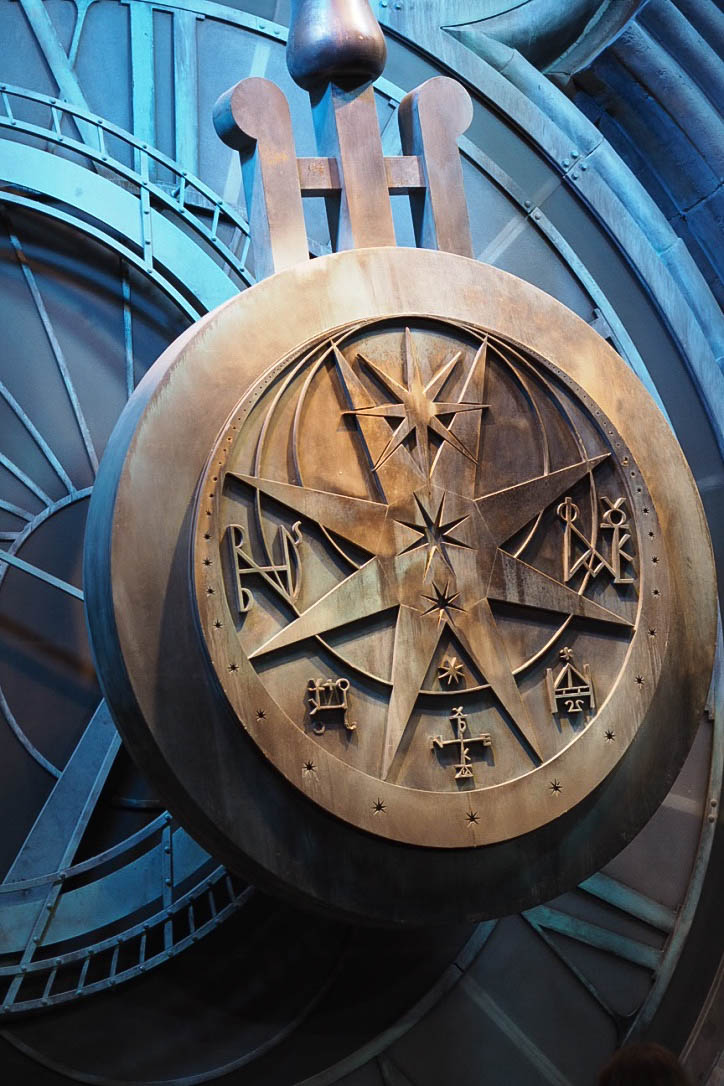 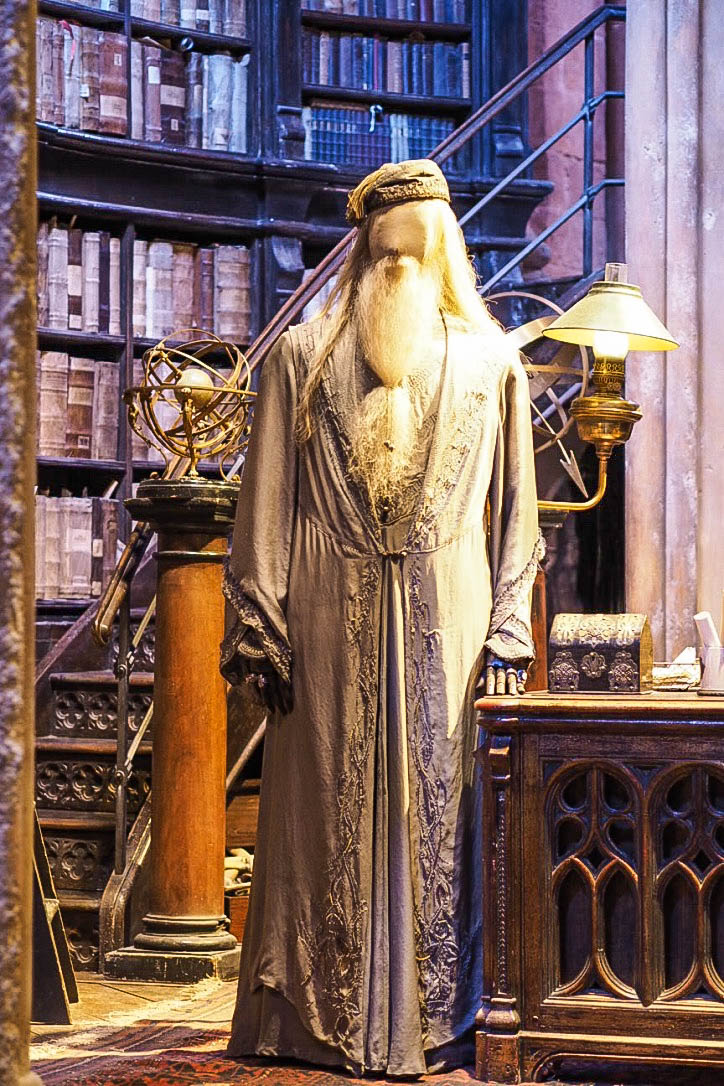 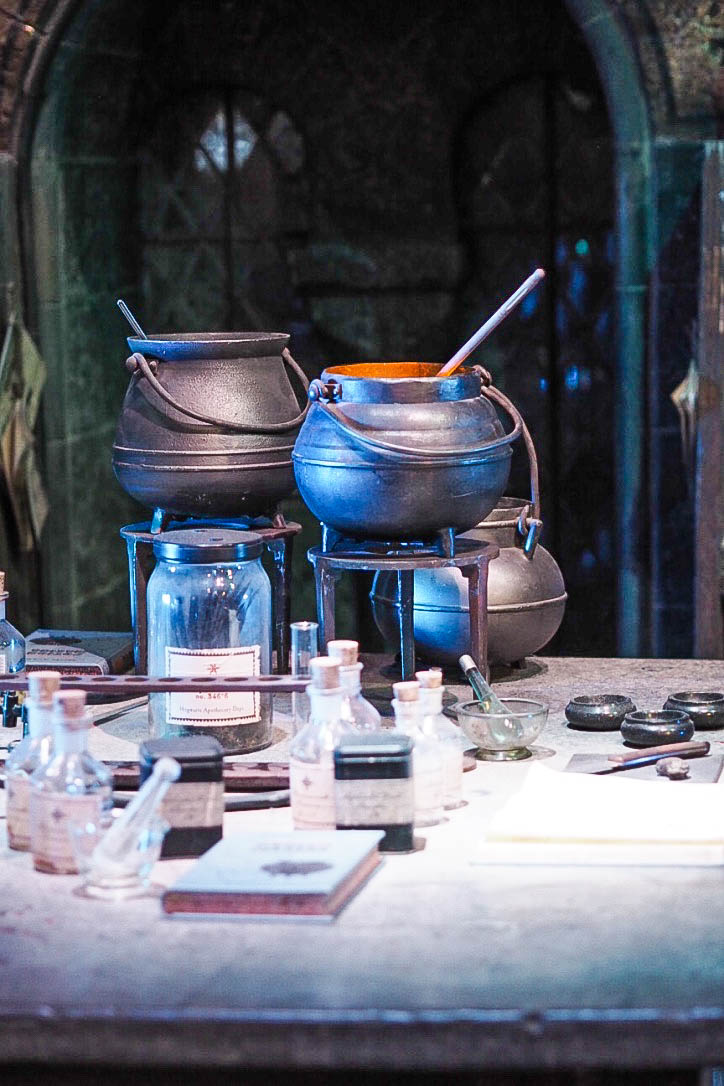 But the Forbidden Forest is a whole new experience. Through giant wrought iron gates, we entered the darkness surrounded by enormous trees reaching way up into the ceiling and saw Buckbeak bowing to excited muggles. Going in deeper, the light dimmed completely and from all around, giant children of Aragog dropped around us. Glowing eyes shining through enormous spiderwebs elicited genuine squeals from the wimps in our group! 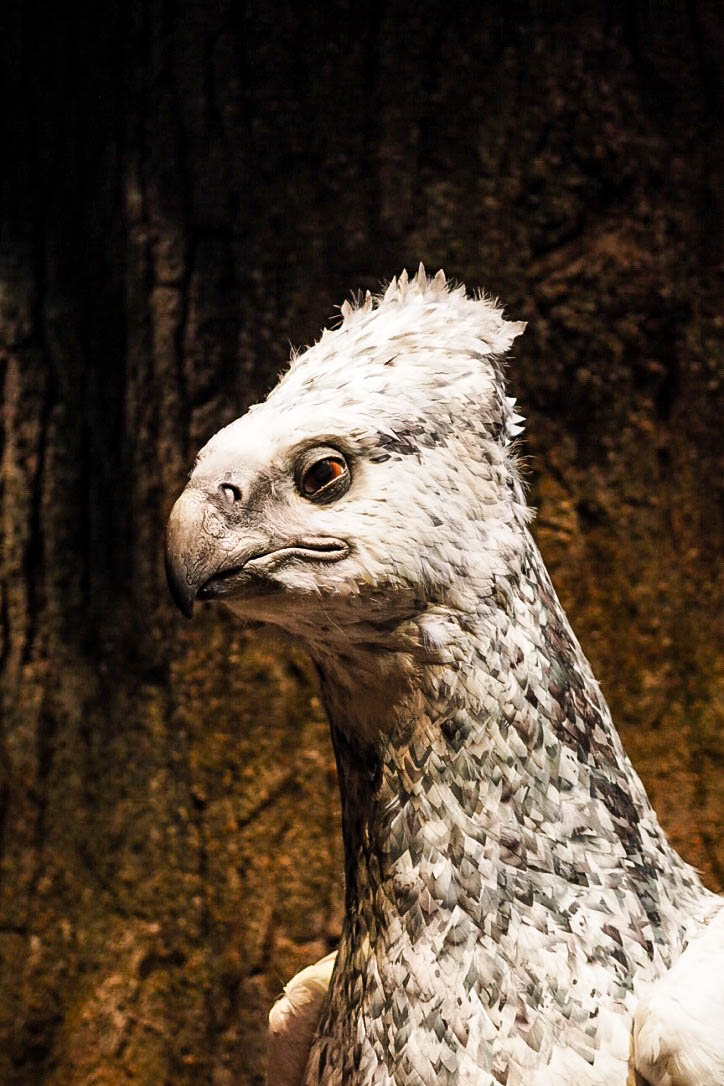 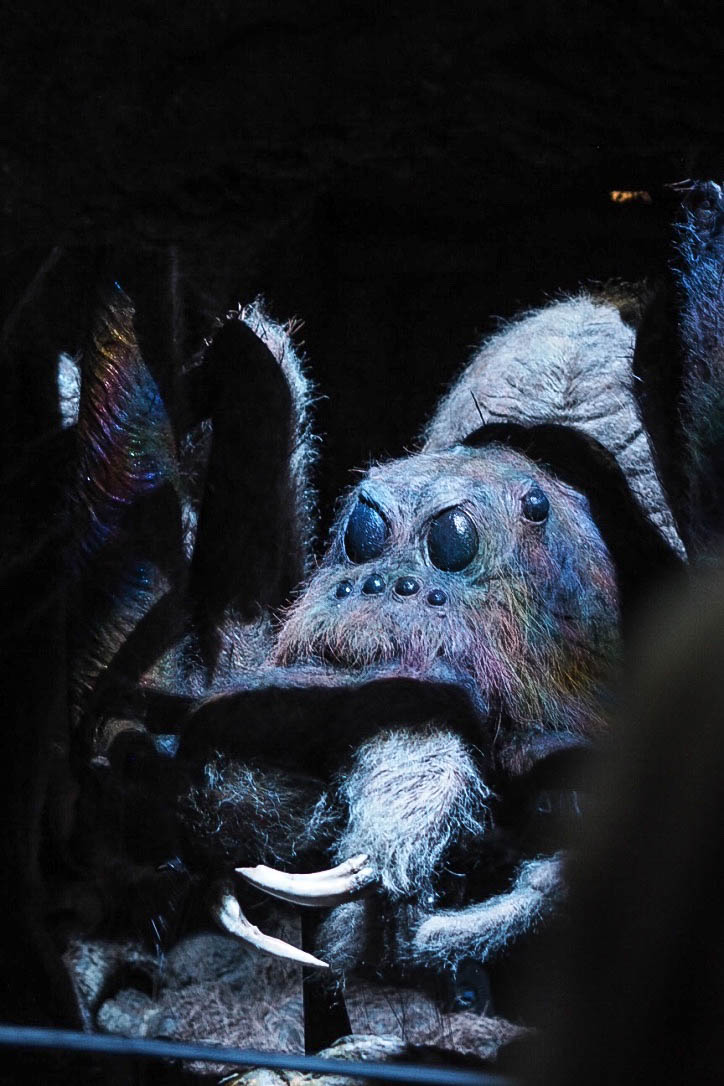 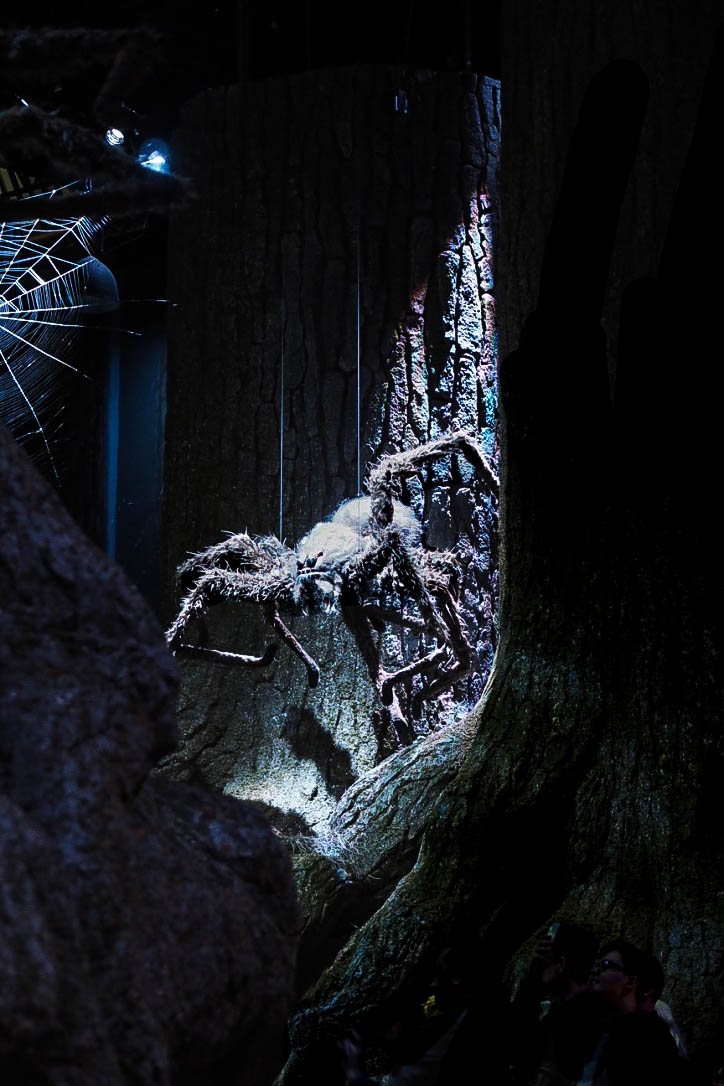 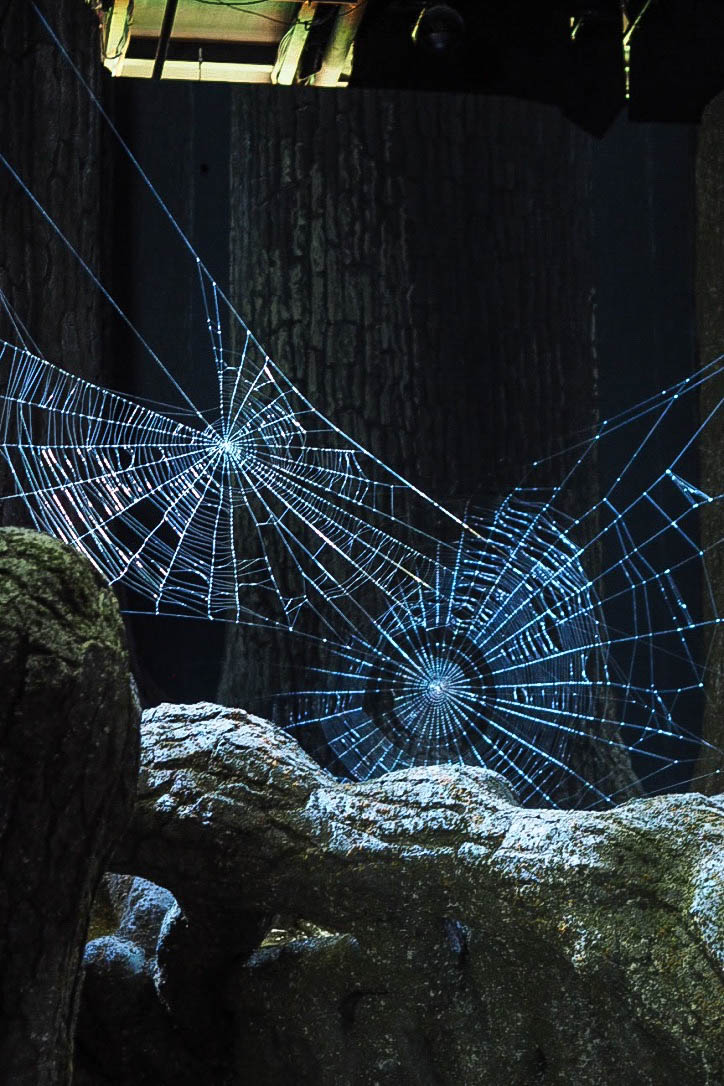 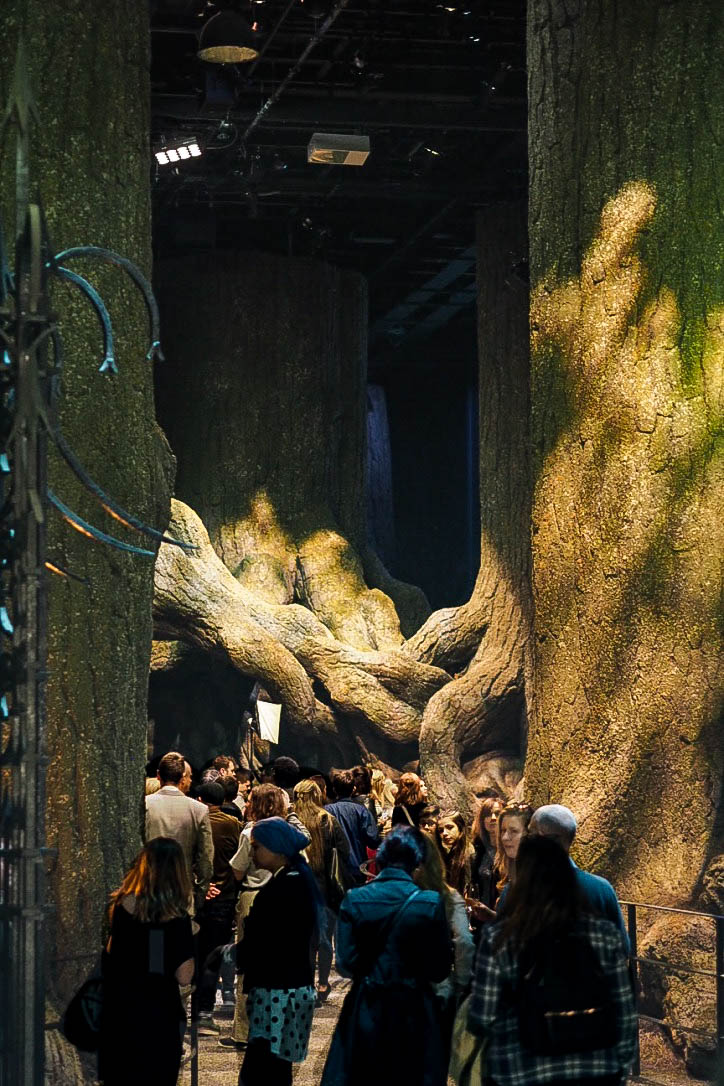 The Forbidden Forest isn’t the only update to the tour though. Brand new this time around is a big old Whomping Willow branch smashing the life out of a poor Ford Anglia, a chance to shout ‘UP!’ at your broomstick, and then to hold the tennis ball prop used as a guide for the actors in a scene with Dobby. 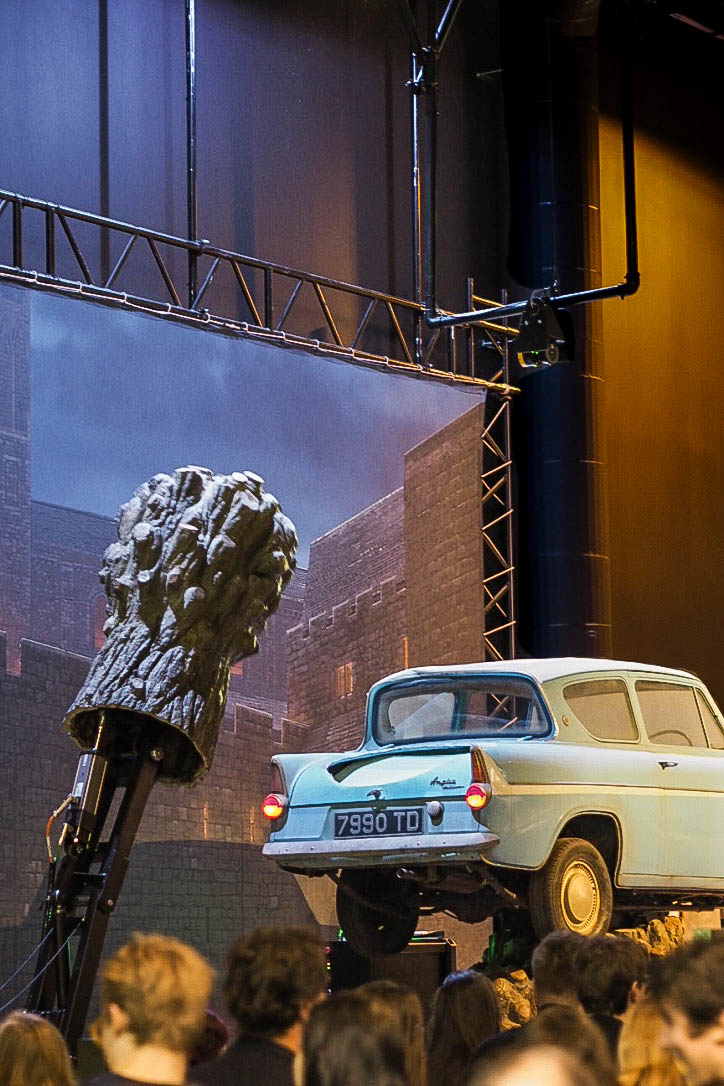 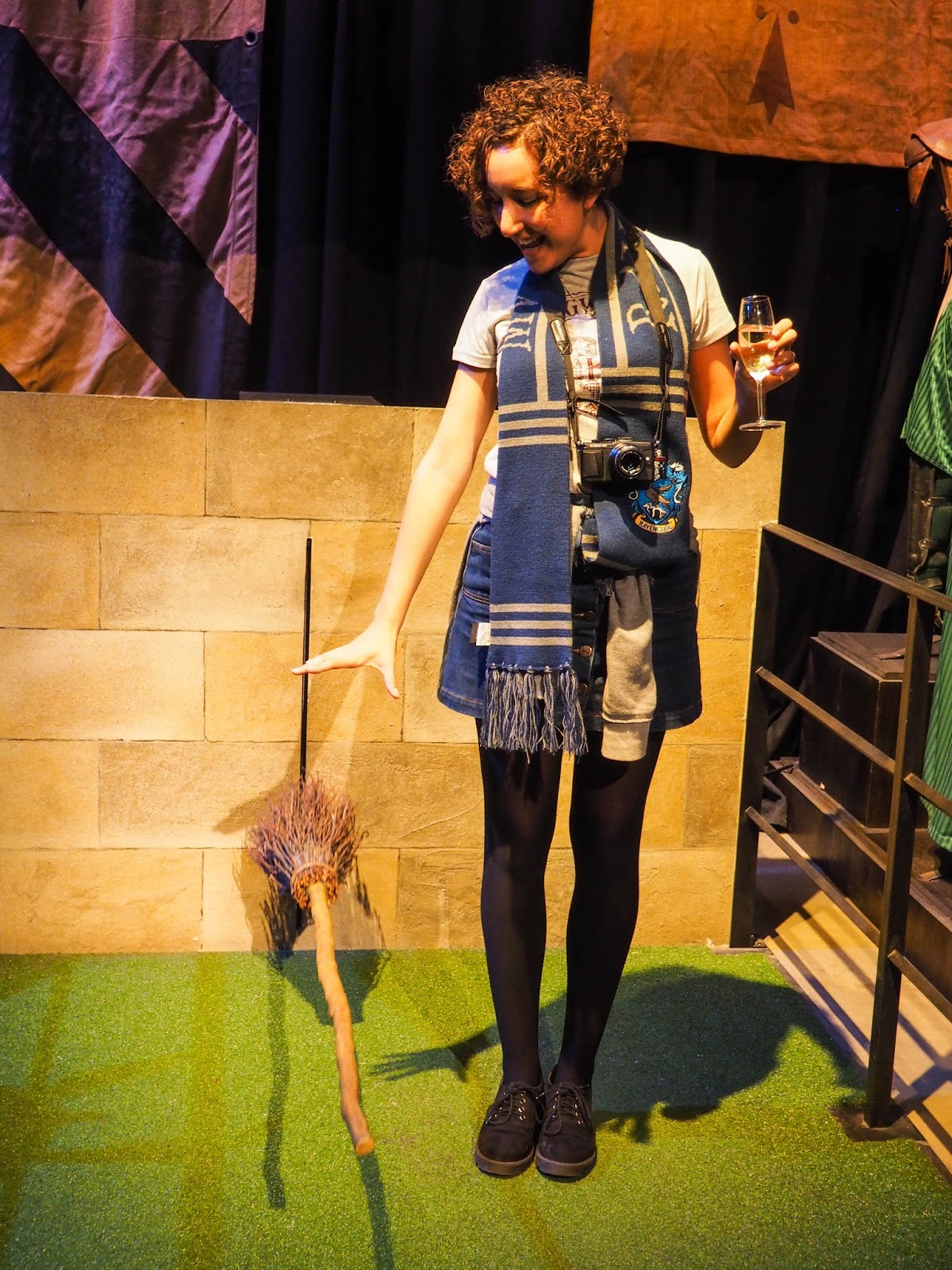 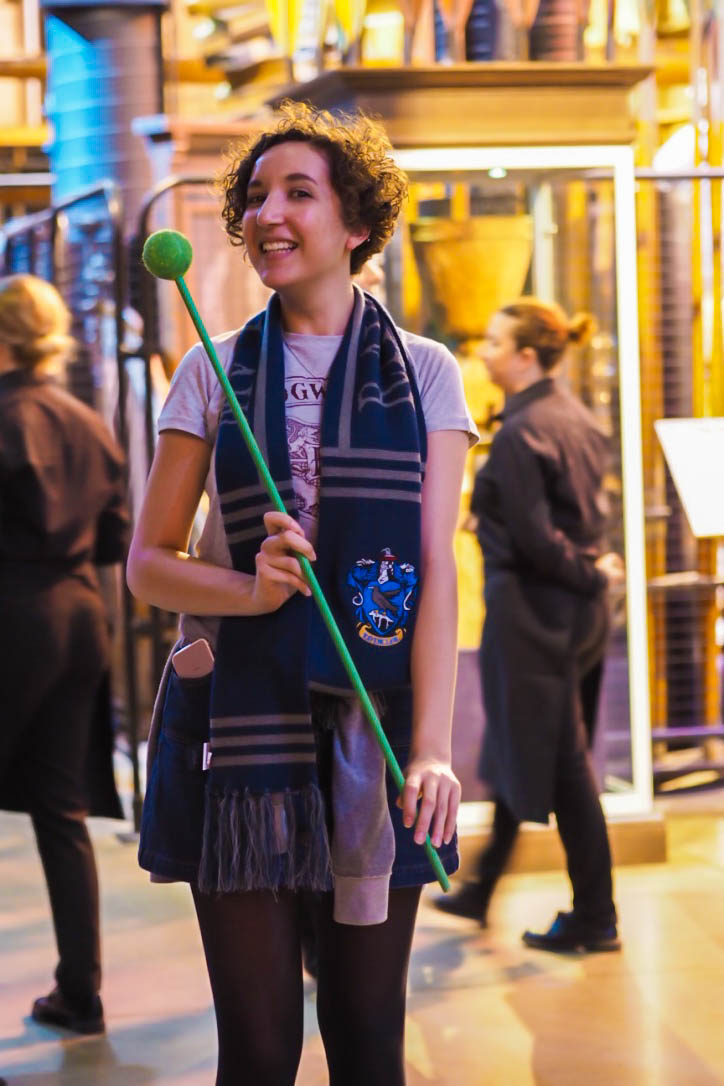 And speaking of Dobby, we spotted him in the window of 4 Privet Drive which OMG YOU CAN NOW GO IN TO. Step over the Dursley threshold to see Dudley’s not-so-impressive certificates on the wall and the barrage of Hogwarts letters flooding the lounge. It made the outdoor portion of the tour even more special, which is always super fun anyway as it is so interactive. 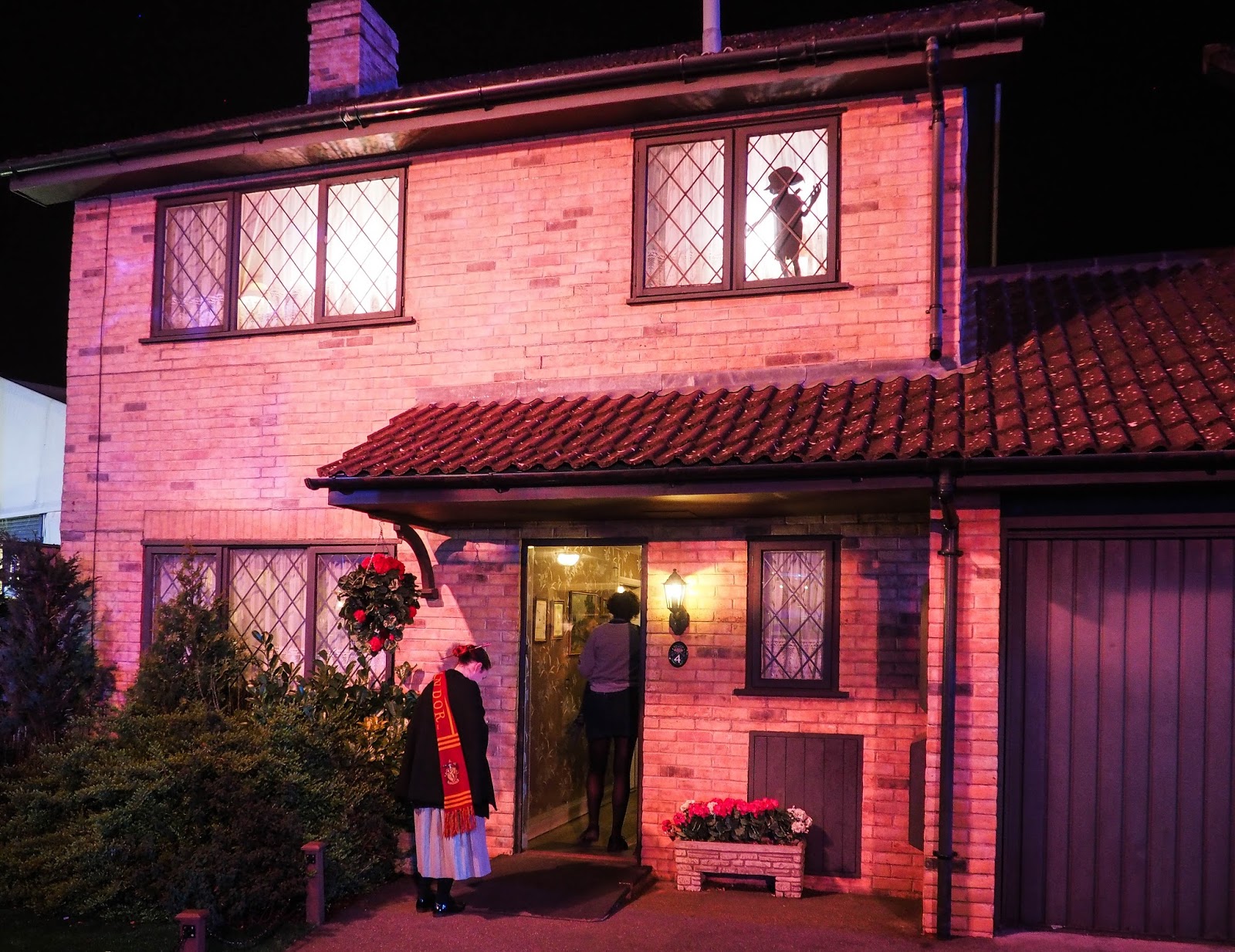 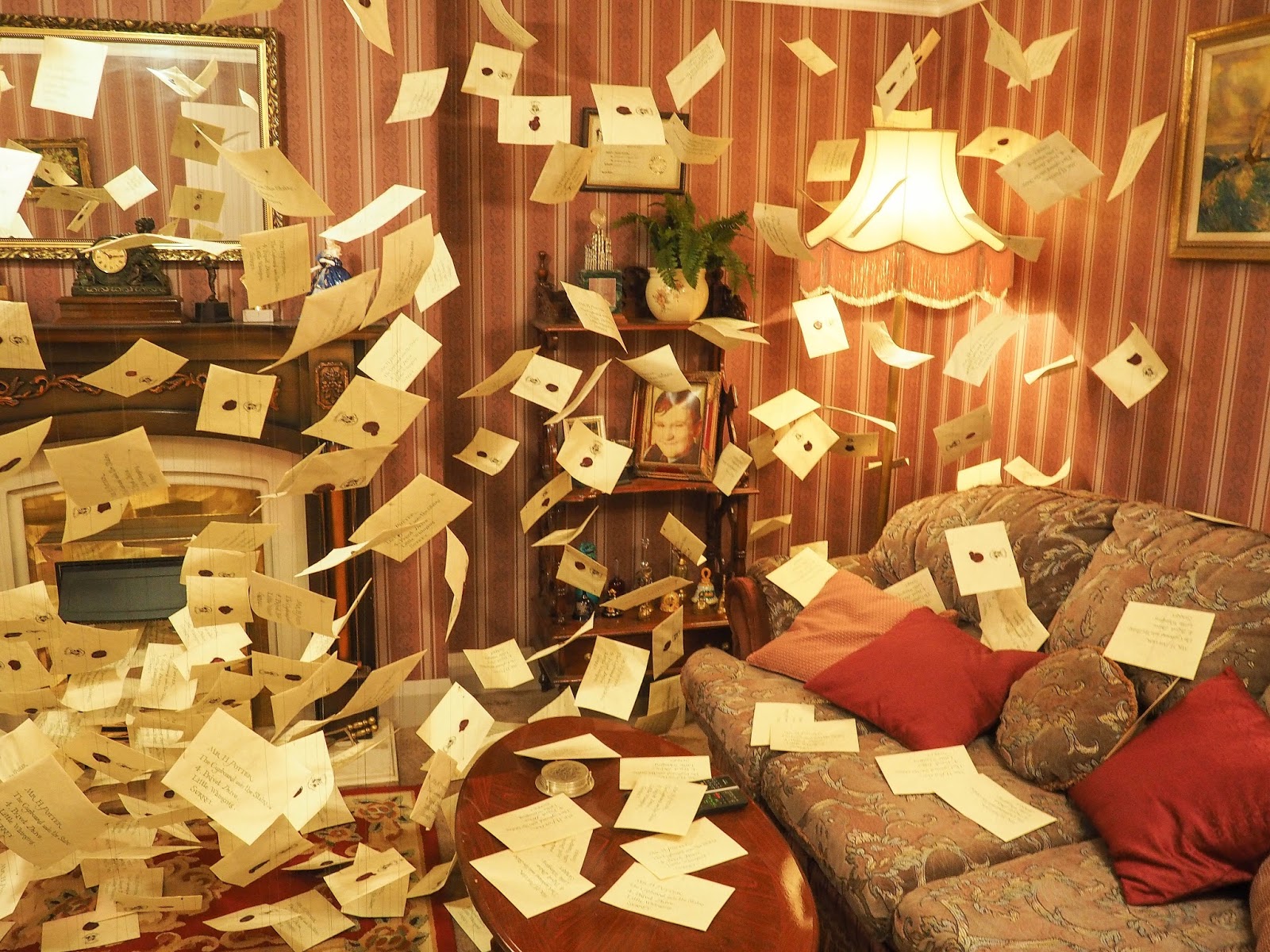 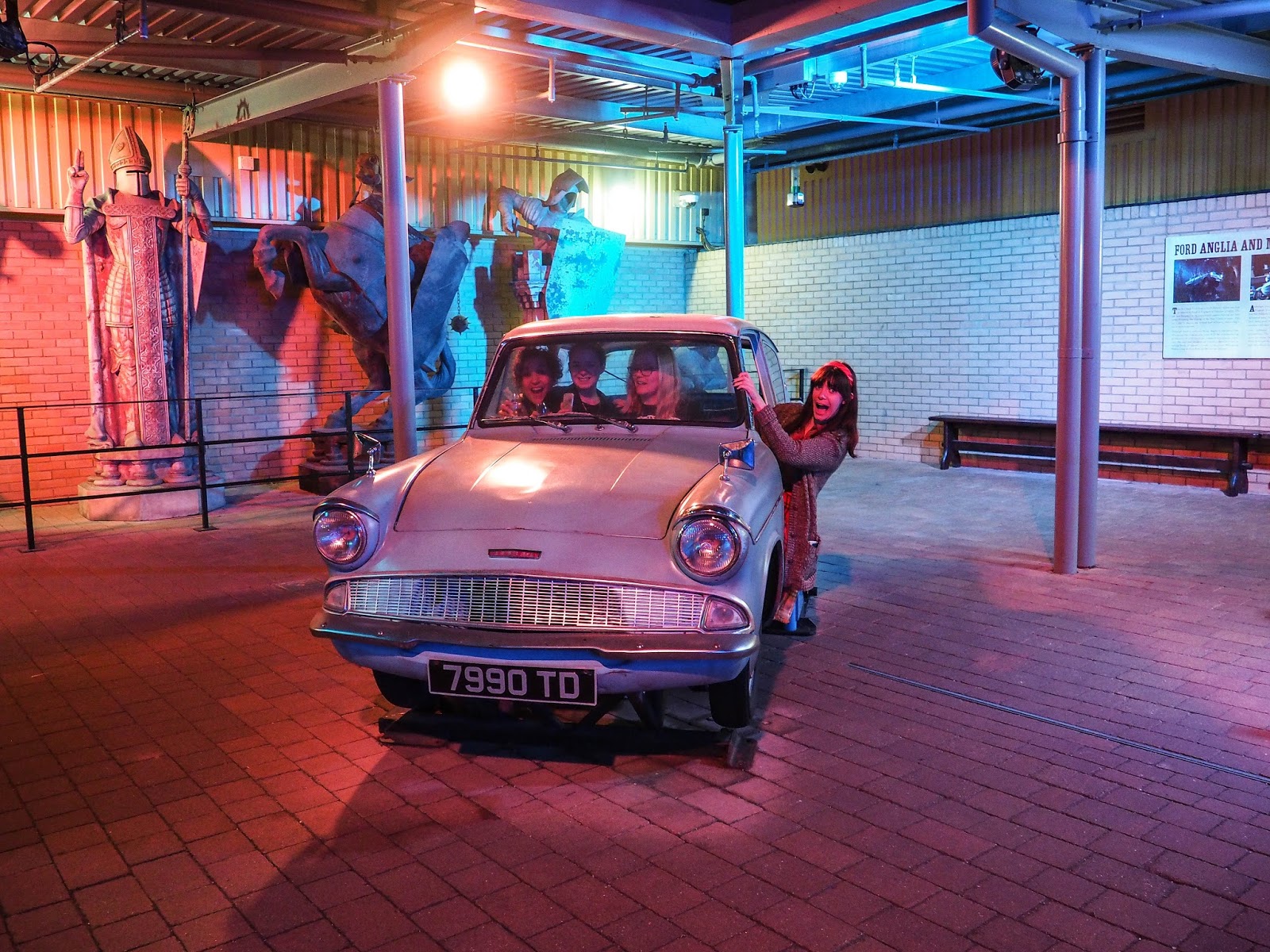 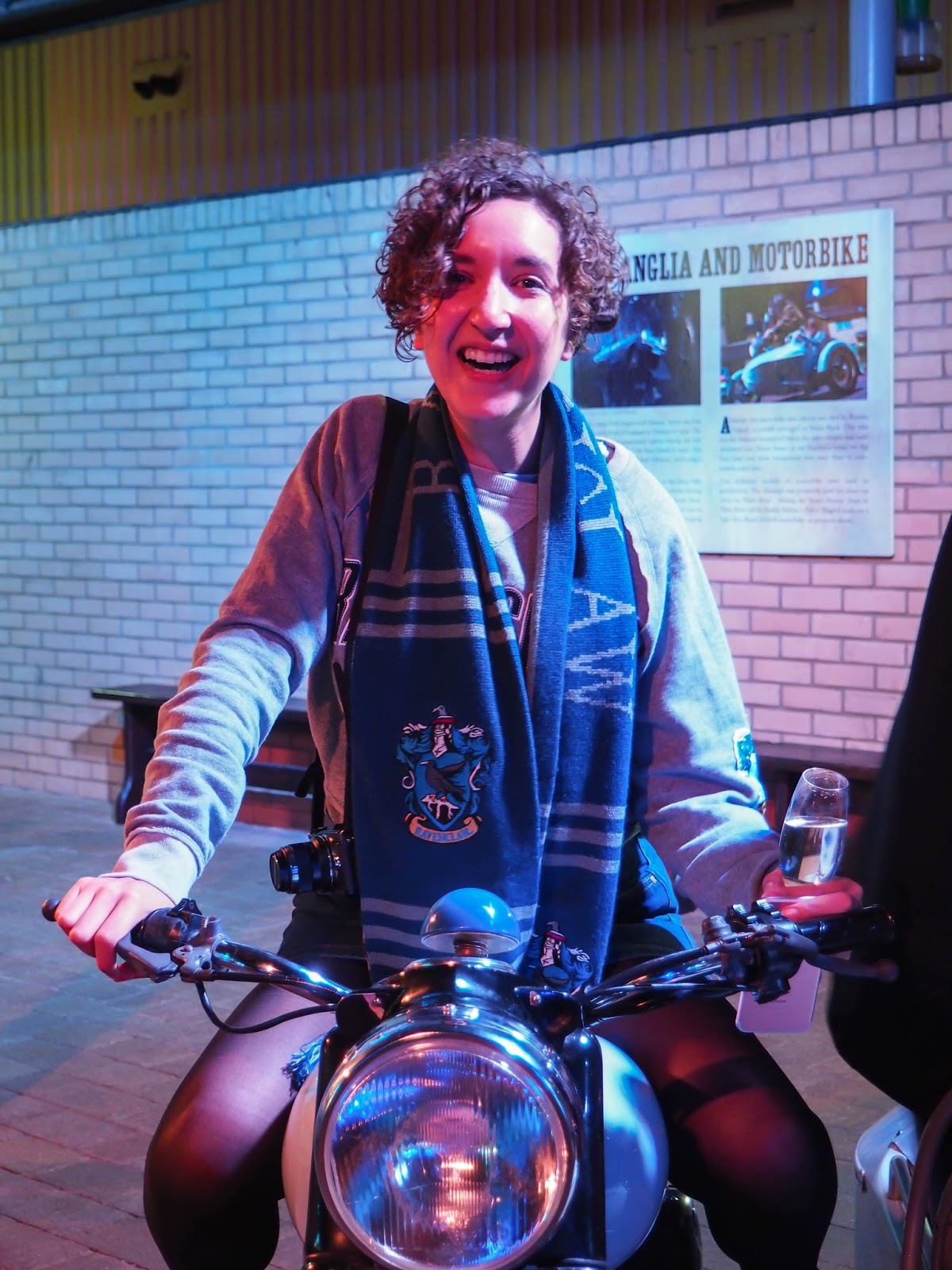 Once again, the world JK Rowling has created completely captivated my little fangirl heart. It’s not every day that you get to walk through your own childhood imagination and live it for real. Oh, and when you just happen to bump into the Weasley twins for a selfie, you know you’re in a place that specialises in creating magic. 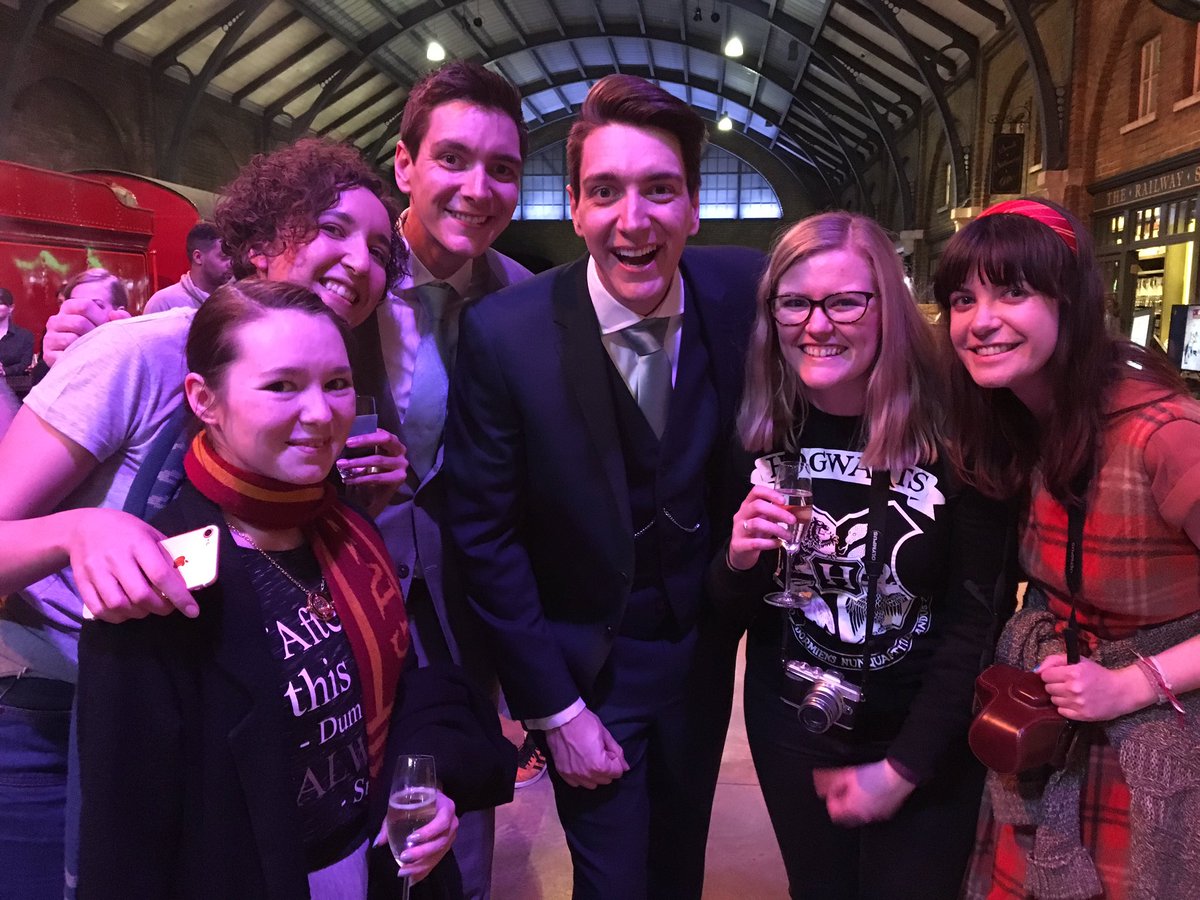 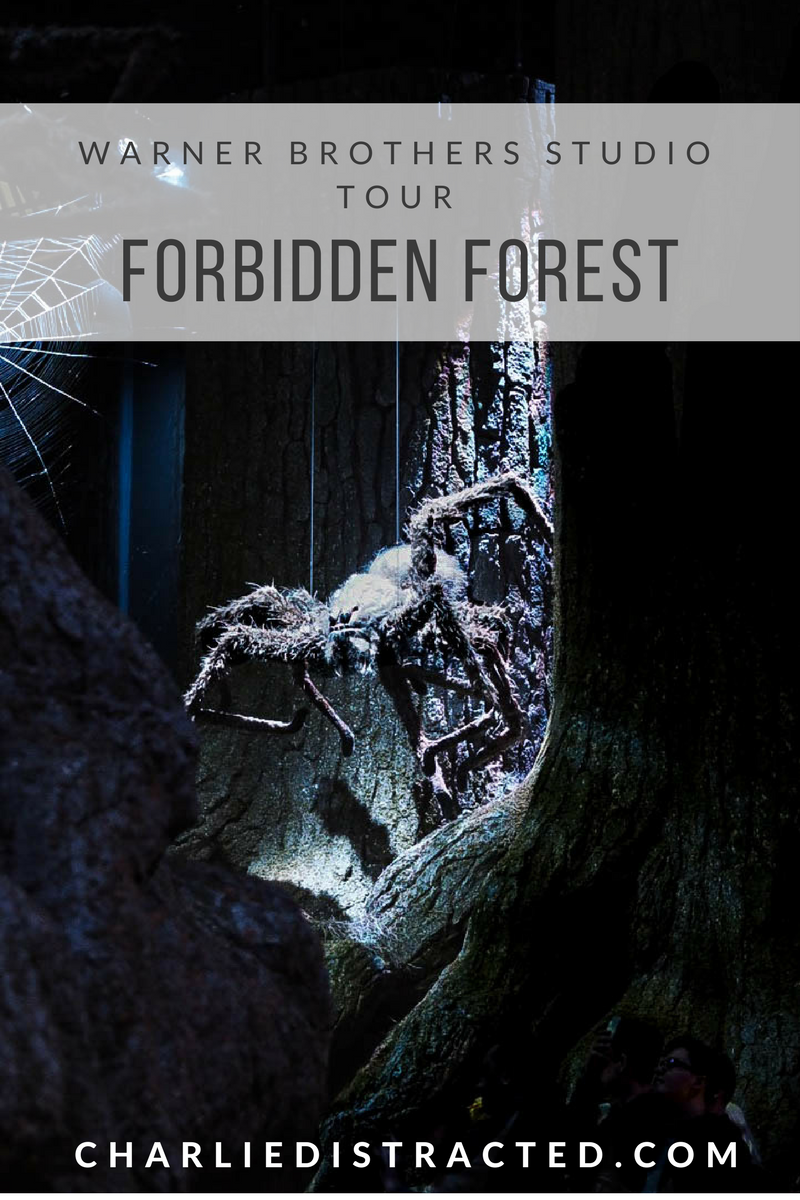 I was a guest of Warner Brothers Studio Tour. All views are my own although some photos are shamelessly stolen from Captain Charley and Little Miss Katy.