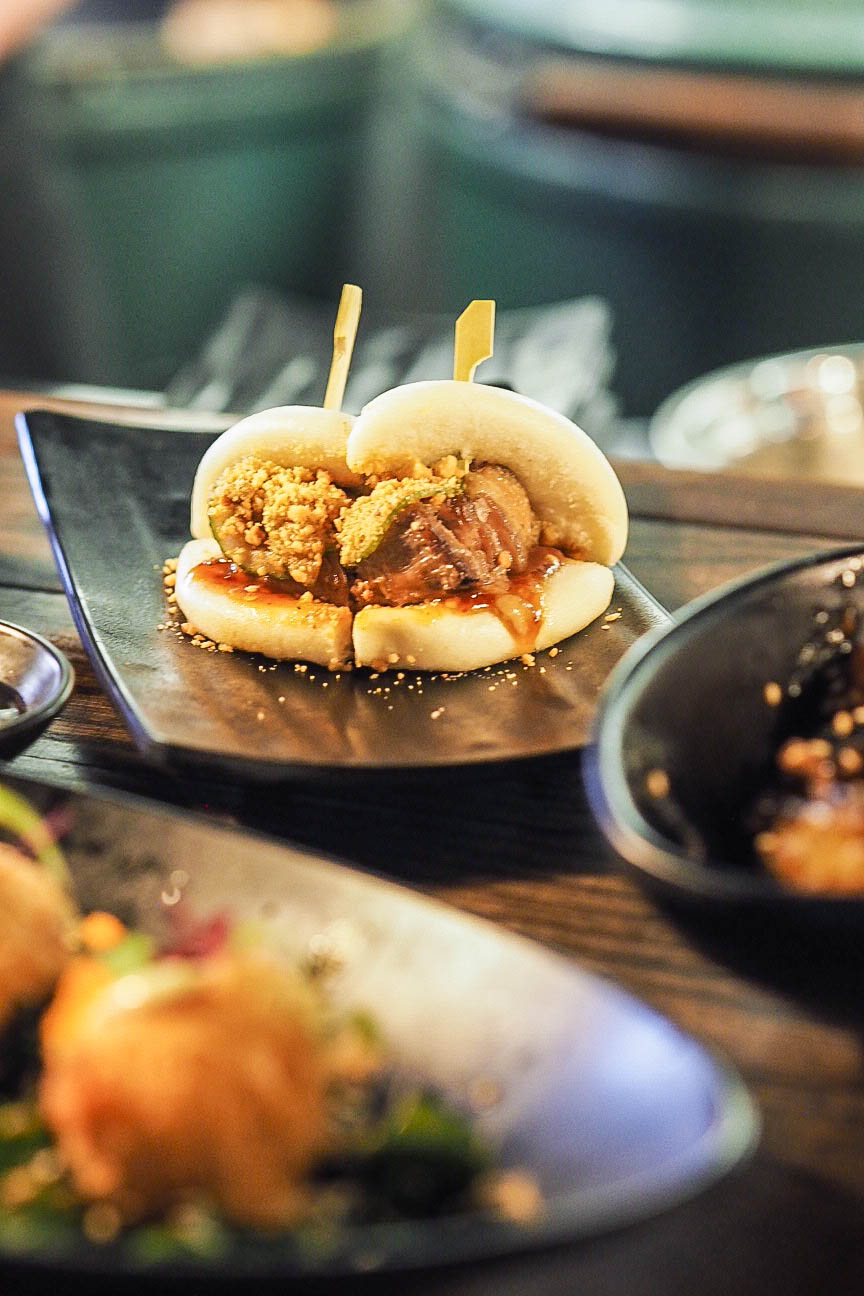 ‘Sharing’ plates is a concept that worries and excites me all at once. I don’t really like sharing food; what if I’m left hungry or another person takes liberties with the most delicious dish on the table? But also, at least I don’t actually have to decide between all the awesome things on a menu and risk serious food envy. If Yuu Kitchen* had been a big plates only deal, I would probably still be there agonising over what to order. 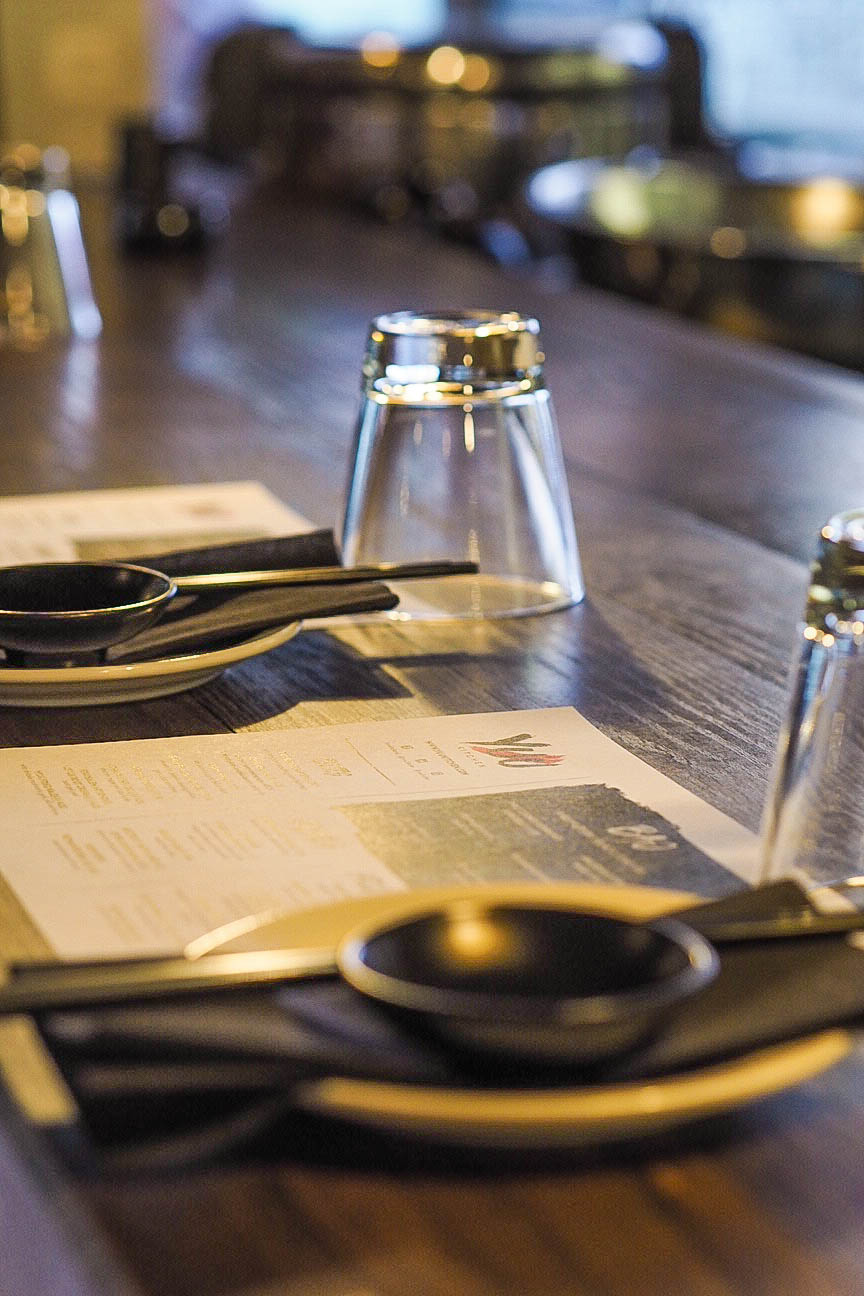 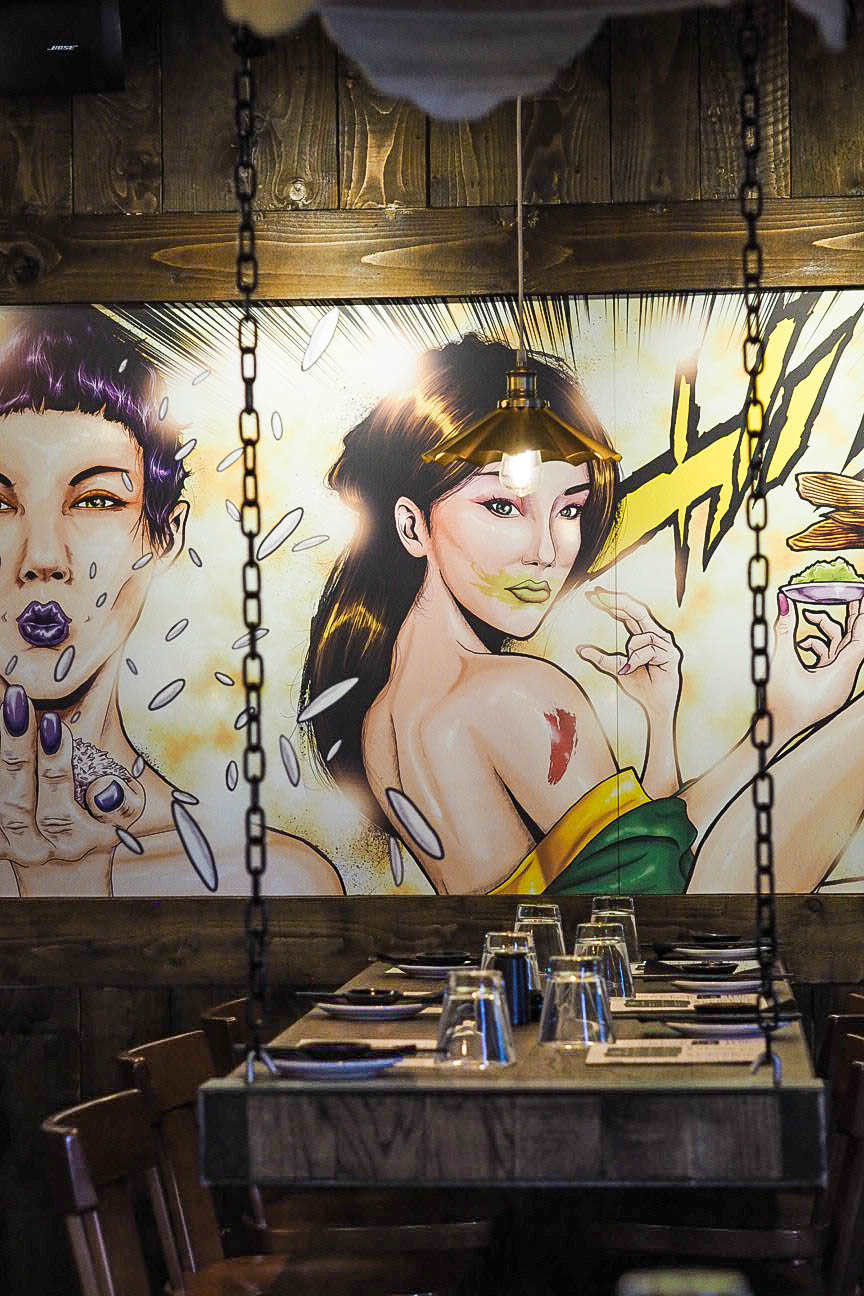 We sat at the bar (my favourite place to sit in any restaurant because I’m super nosey about how my food is made), and watched the chefs prepare dishes on the Big Green Egg indoor barbecues. It had been the kind of day where I really, really needed a cocktail, so I ordered the Tokyo Garden made with shochu (which is actually Japan’s national spirit, not sake!), vodka, peach liqueur and red apples, with a smoking piece of cinnamon on the top. 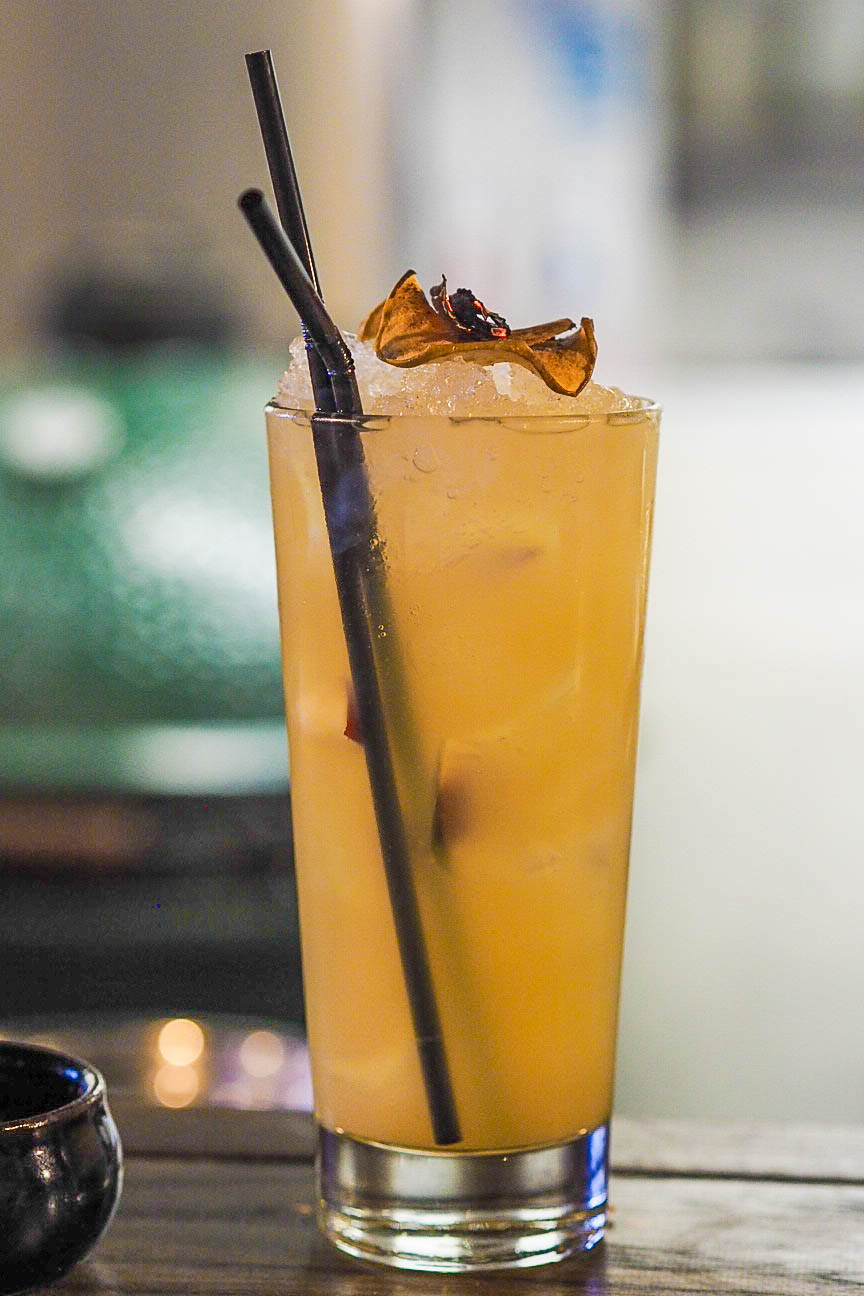 Our first dish was the pork chicharron; an airier pork scratching, more similar in texture to a prawn cracker. When dipped in the accompanying chilli vinegar, which packed a great tingly punch, the chicharron popped and crackled like a giant Rice Krispie which was a fun element to get our meal started. 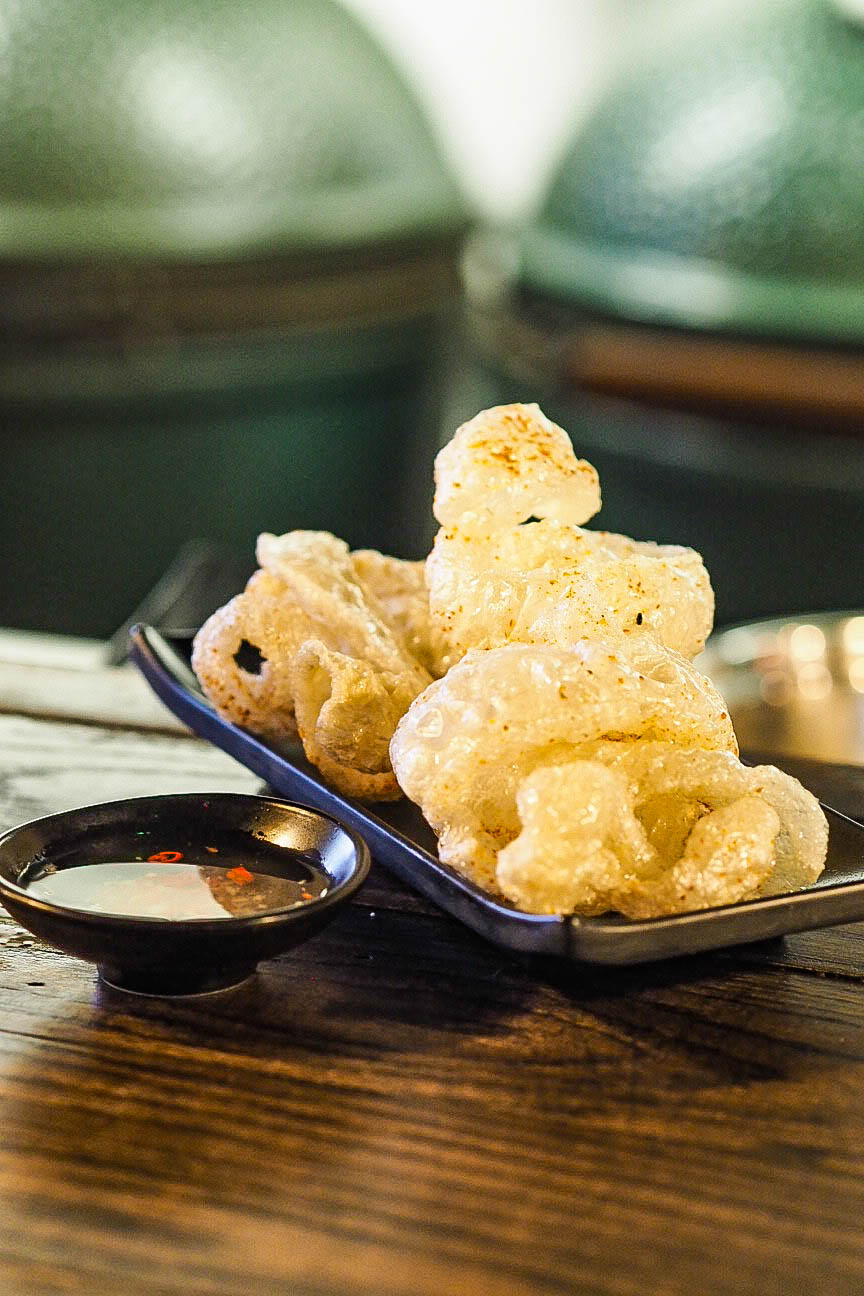 Sticking with the crunchy texture, we went for the scallop kataifi – a soft, succulent piece of my favourite shellfish wrapped in a shredded filo pastry that’s then deep fried. A great mix of textures and dipped in a warming wasabi mayo. I also loved the barbecued octopus. As a soy sauce fanatic (my half-Chinese friend has watched in horror by how much I eat with dim sum), I was pleasantly surprised that the sake, mirin and soy braising meant I didn’t need to have any additional condiments with it. 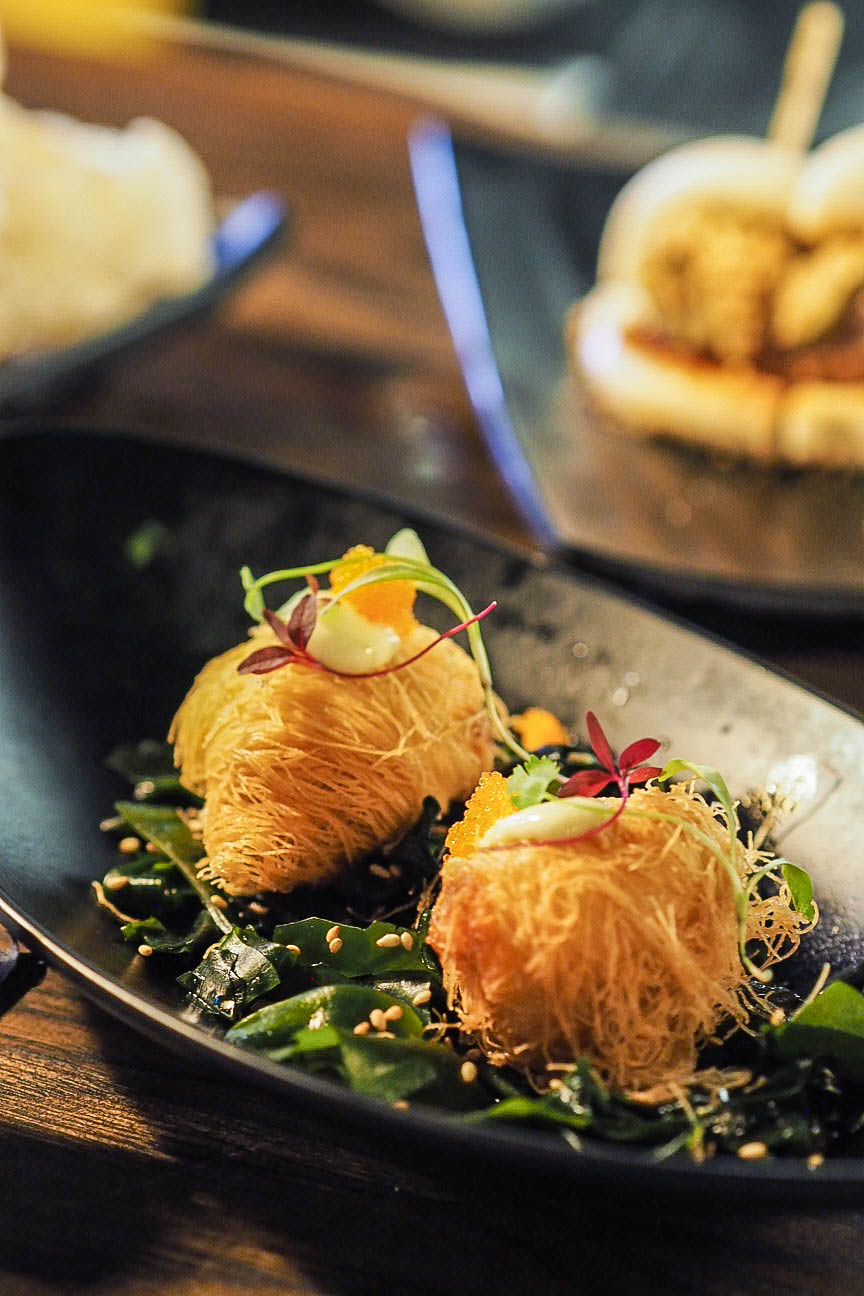 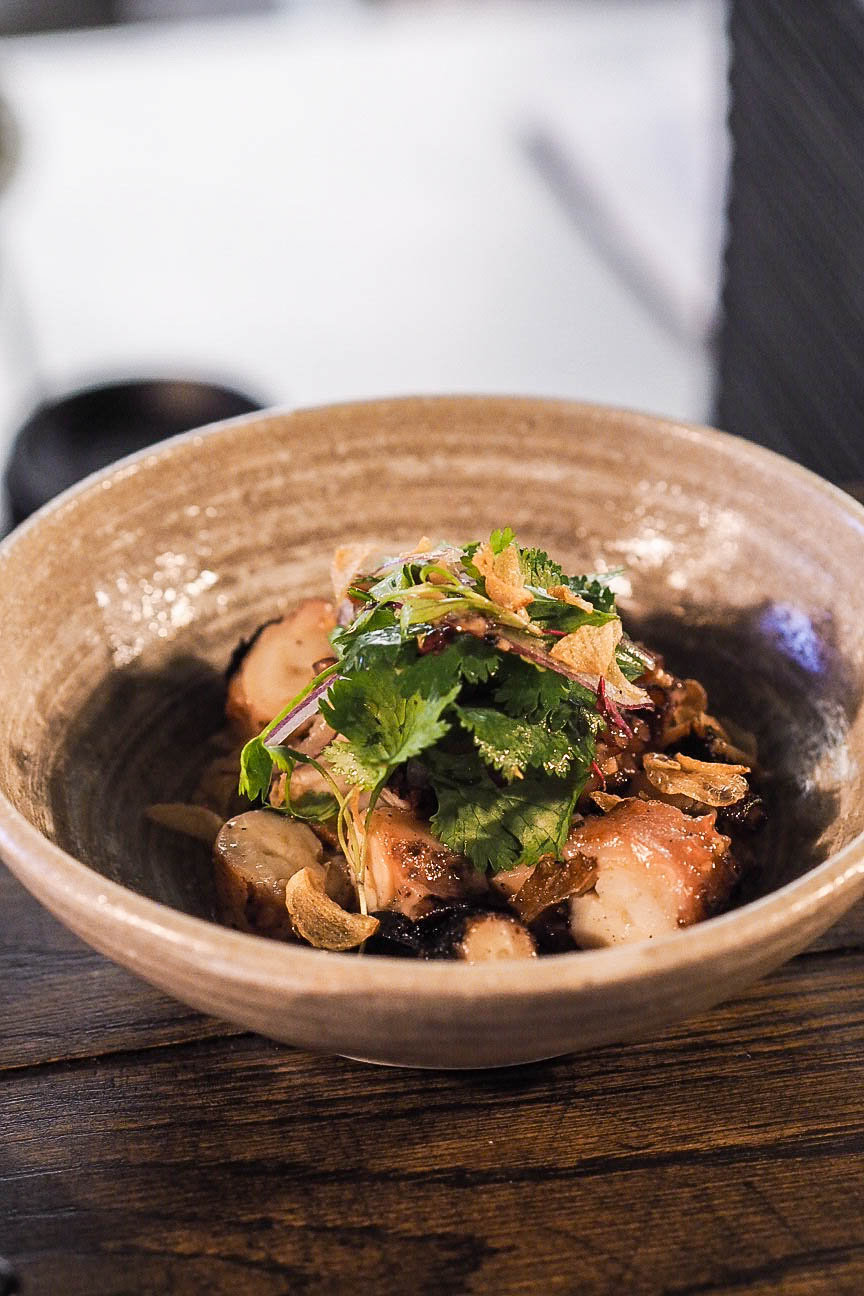 Two dishes that are probably the most accessible on the menu, didn’t really have the impact I was hoping for. The twice cooked 7UP pork belly bao was soft and well cooked, but what I suspect is a generic menu pleaser; the same goes for the brick chicken – a very basic grilled dish with coriander, garlic and nowhere near enough chilli. 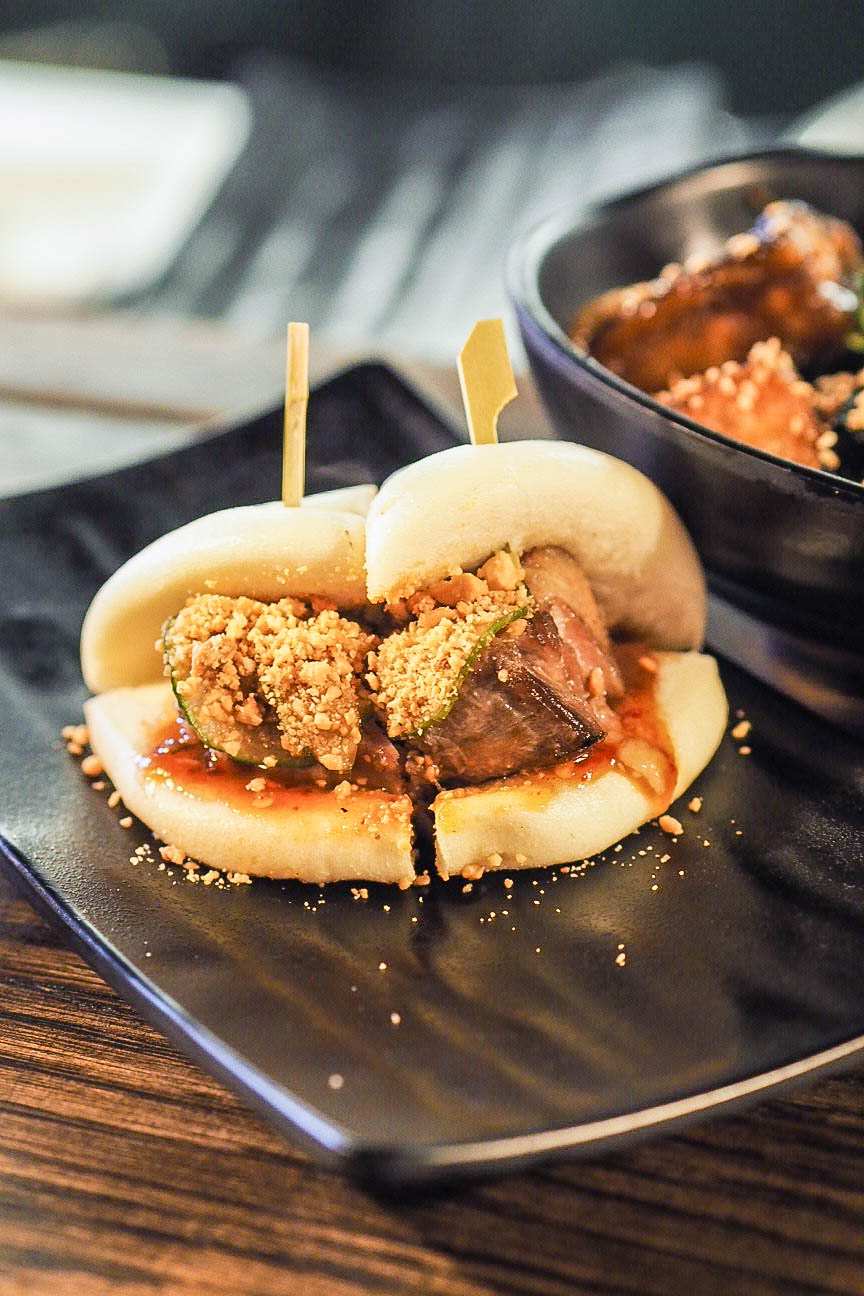 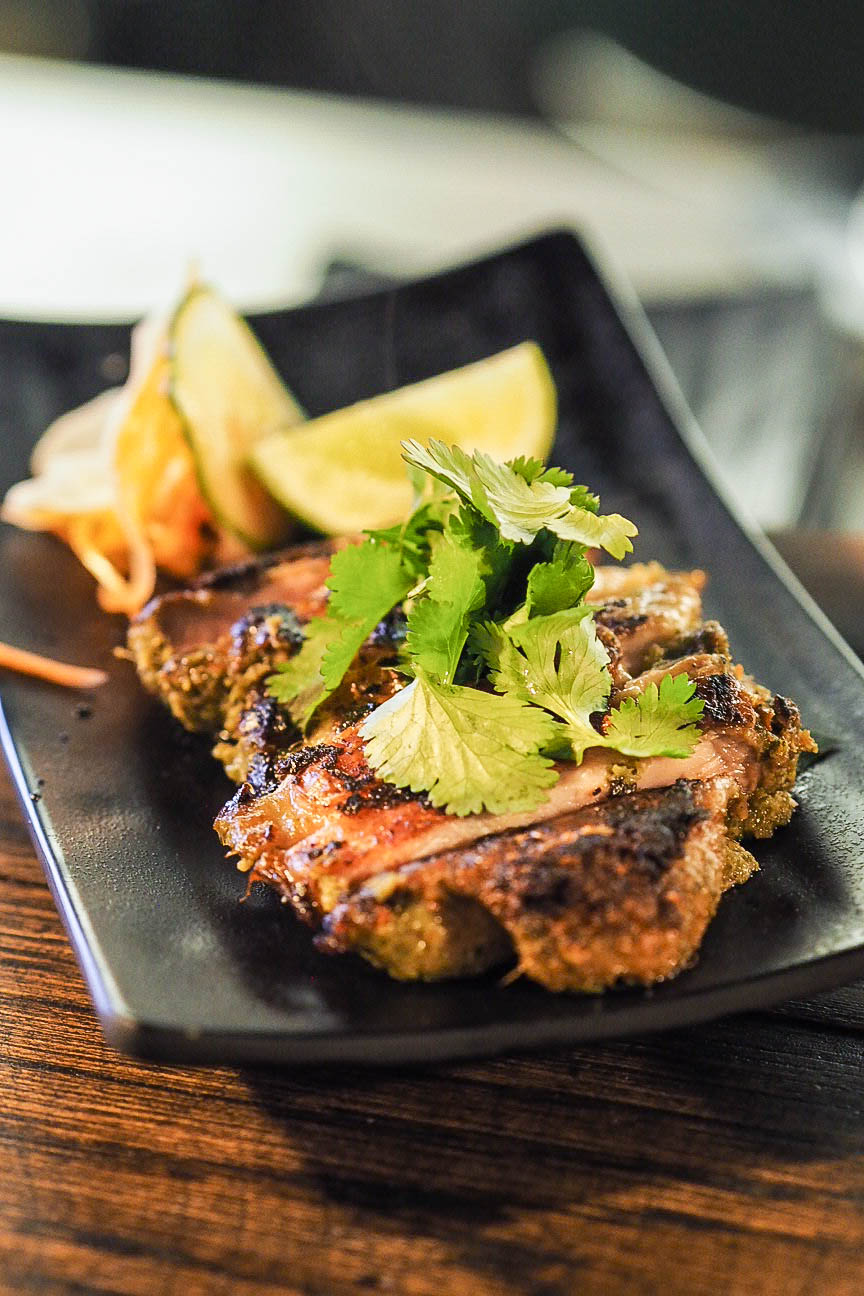 However, there were two dishes that I couldn’t get enough of, and yes, they are the quintessential hipster ingredients of the moment: aubergine and cauliflower. The indoor barbecue was put to work with the cauliflower being grilled, and although the jalapeño dressing didn’t have the kick I was hoping for, the garlic chips were a clever addition. 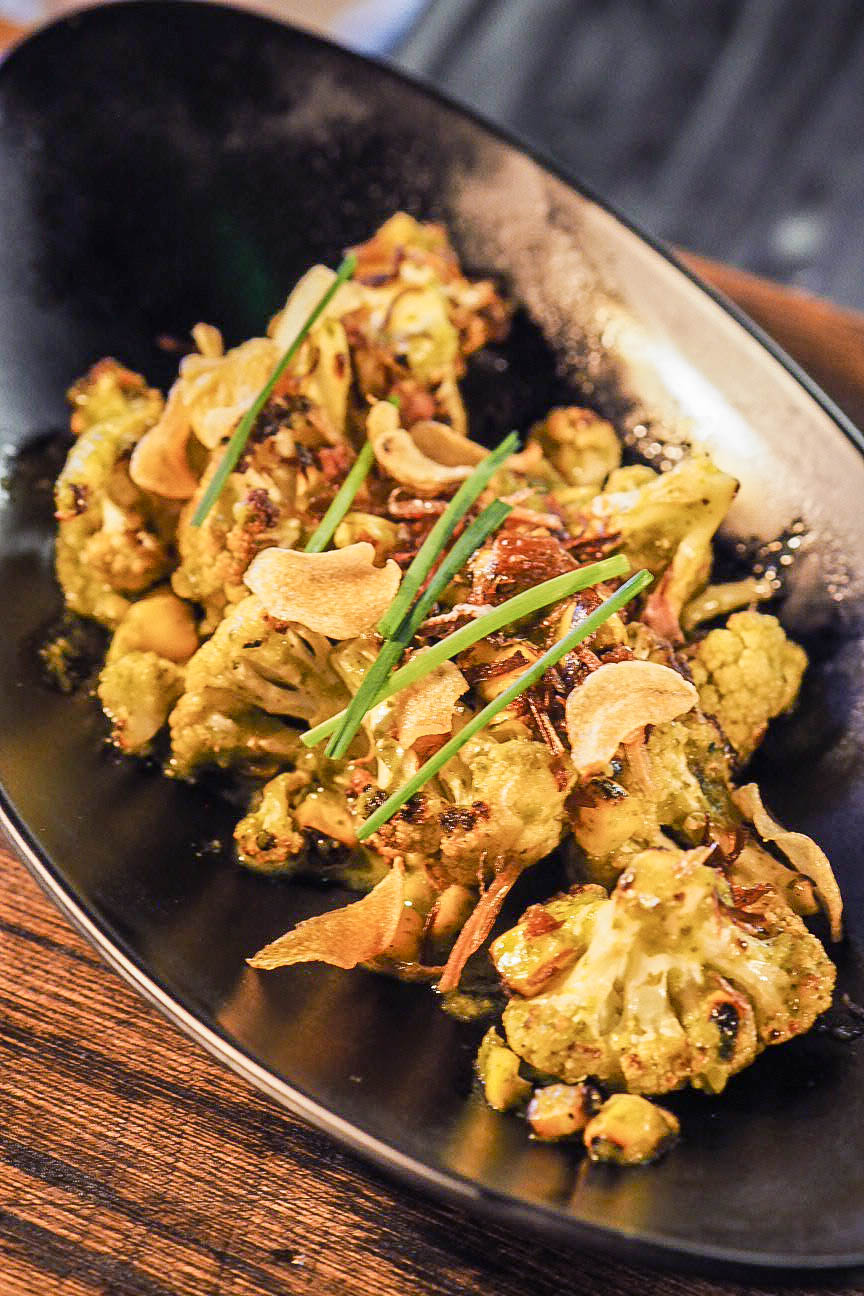 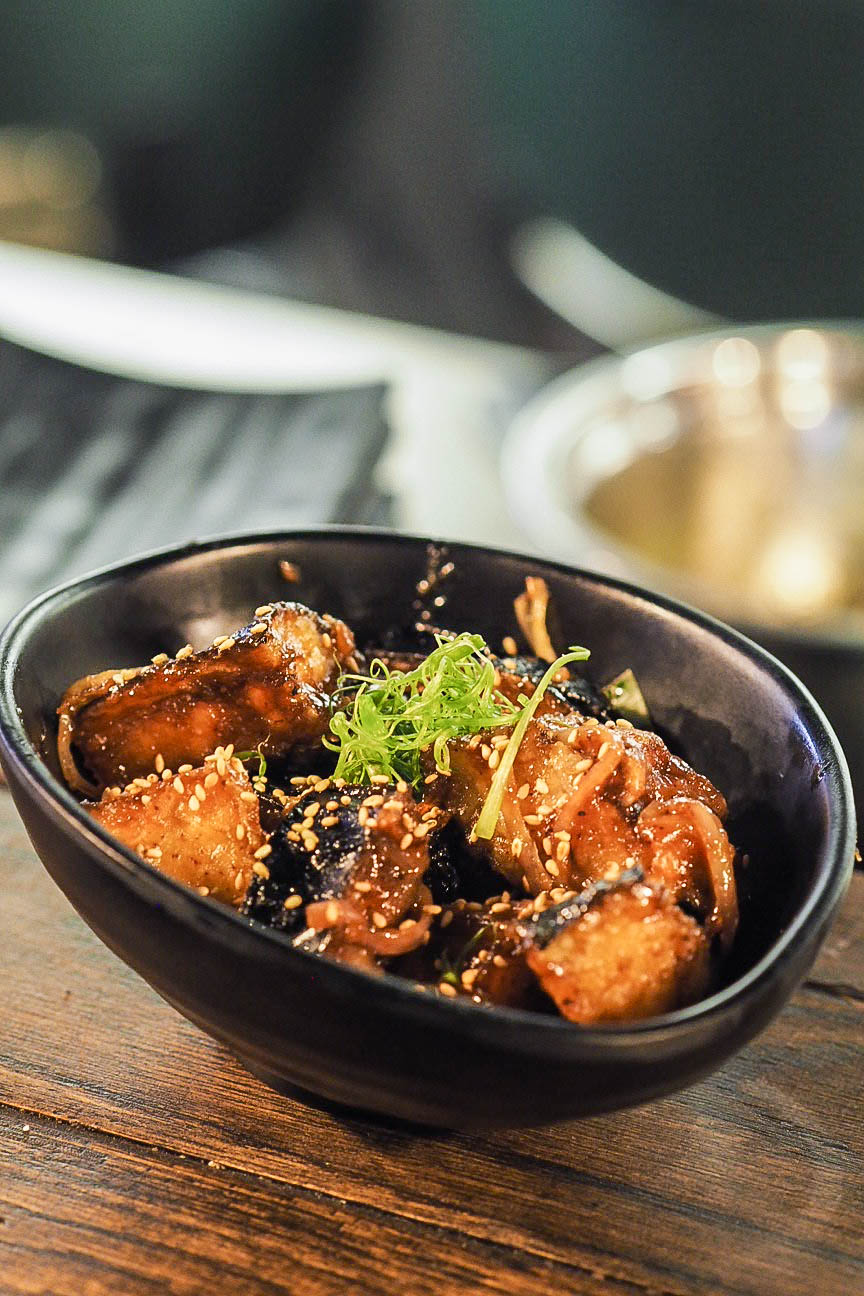 The best dish of the evening though was the sweet and sticky aubergine. It was wok fried with a white miso glaze which meant the skin of the aubergine had zero bitterness and so much flavour. And genuinely, even though the whole meal was great, I would go back to Yuu Kitchen for that aubergine alone! 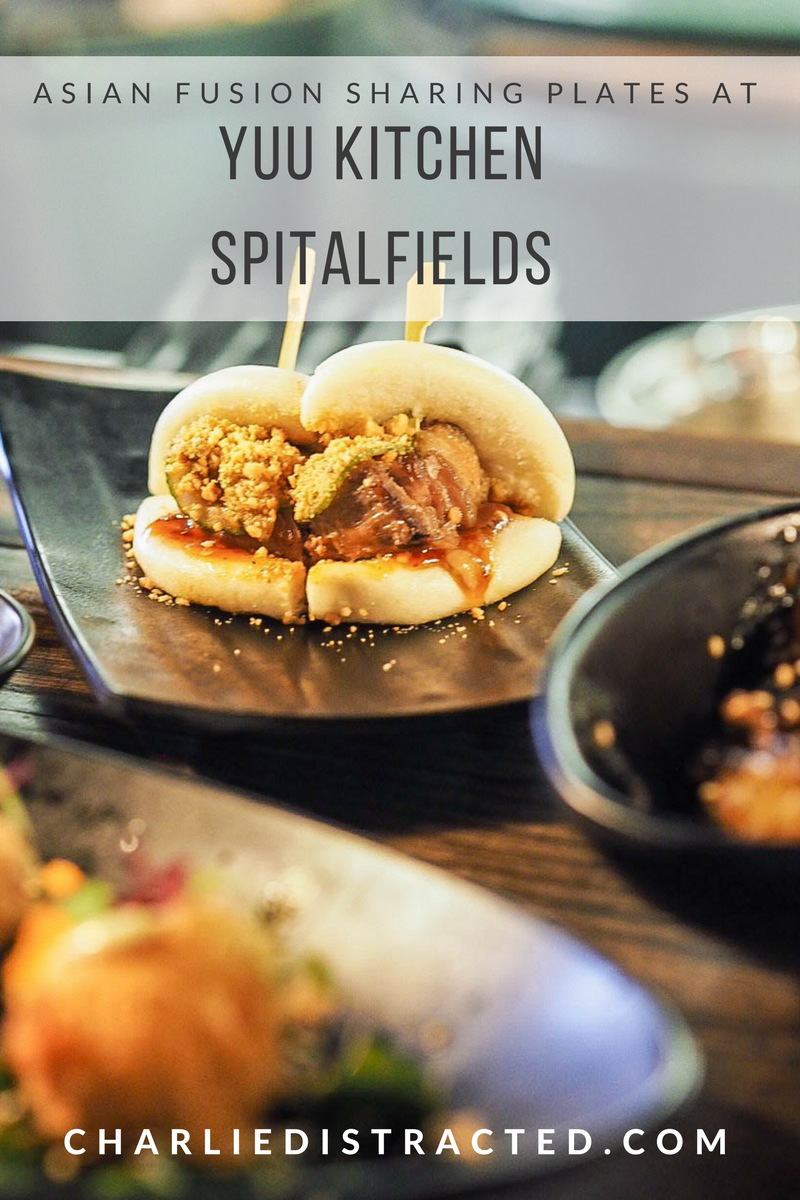