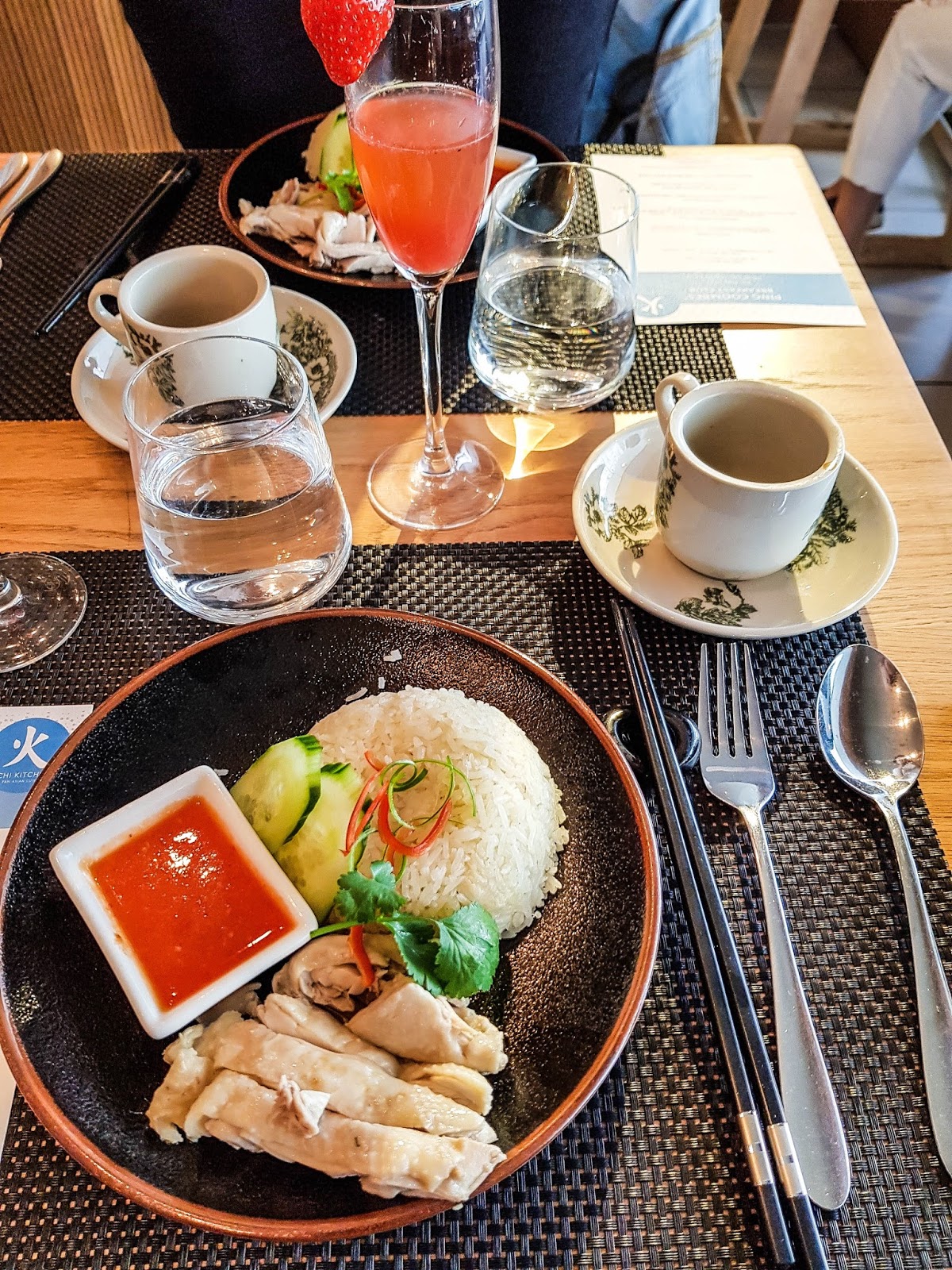 Food has this amazing way of triggering memories, don’t you think? Apple pie reminds me of my mum (because her homemade one is the best ever), goulash make me think of my losing bet on Hungary for Eurovision 2014. So often I’m reminded of places in the world when I happen to stumble I’ve eaten abroad here in the UK, and Ping Coombes’ Breakfast Club at Chi Kitchen took me right back to my favourite foodie destination: Singapore.

The concept brings some of Asia’s best loved dishes to a brunch setting; something I was a little wary of at first. I rant and rave about how much I like food from that side of the world, but I’ve definitely talked about how I don’t like it for breakfast. But a few months of toast and cereal mornings made me totally open to a bit of spice at 10am on a Sunday morning. 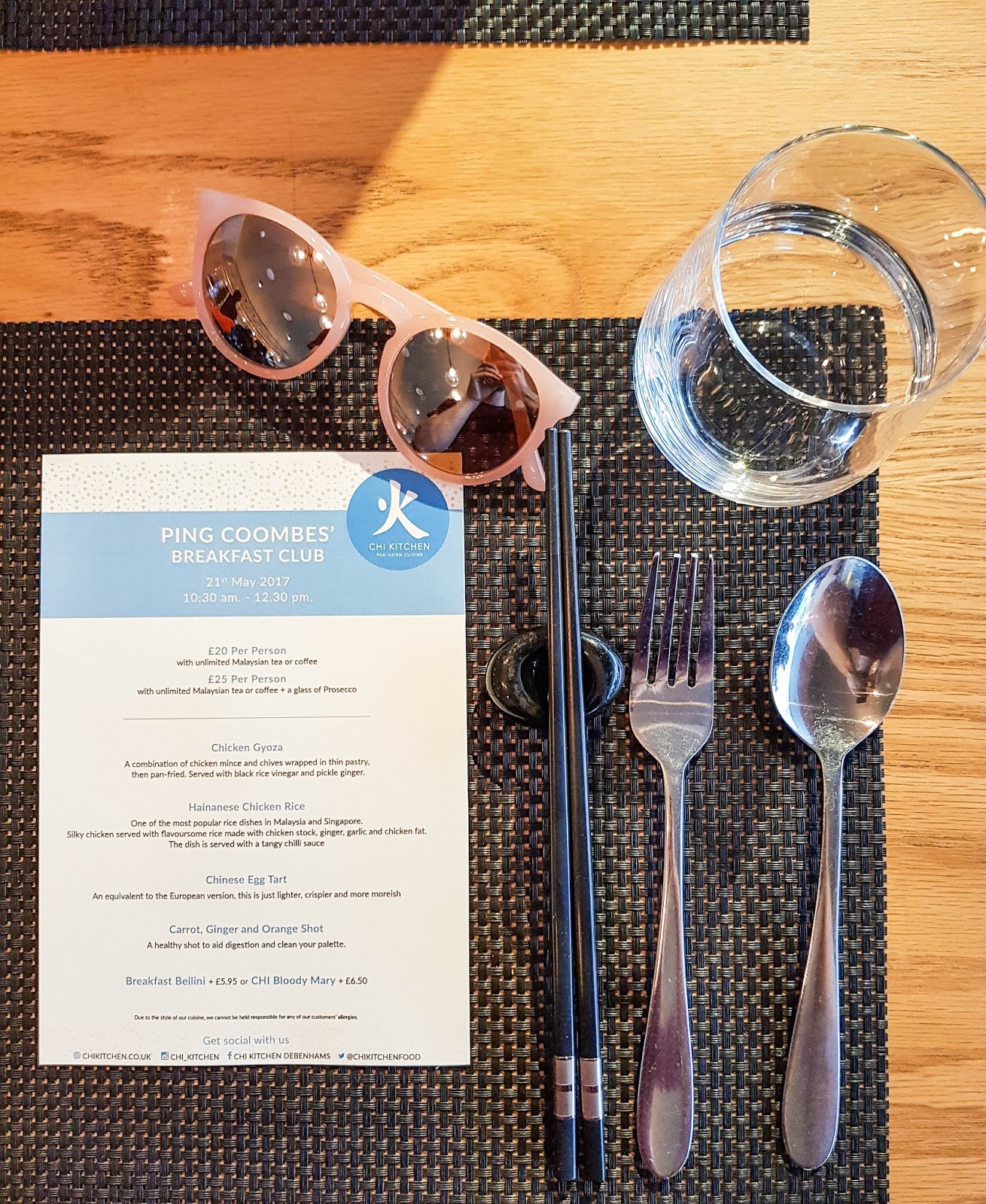 Perched in Chi Kitchen’s restaurant at the back of Debenhams’ Oxford St store, we started with our first cup of unlimited Malaysian coffee. It was served in the exact same crockery that I first tasted the super sweet and milky drink in a little brekkie spot in Singapore’s Chinatown, so I was already convinced that we were indulging in genuinely authentic dishes. 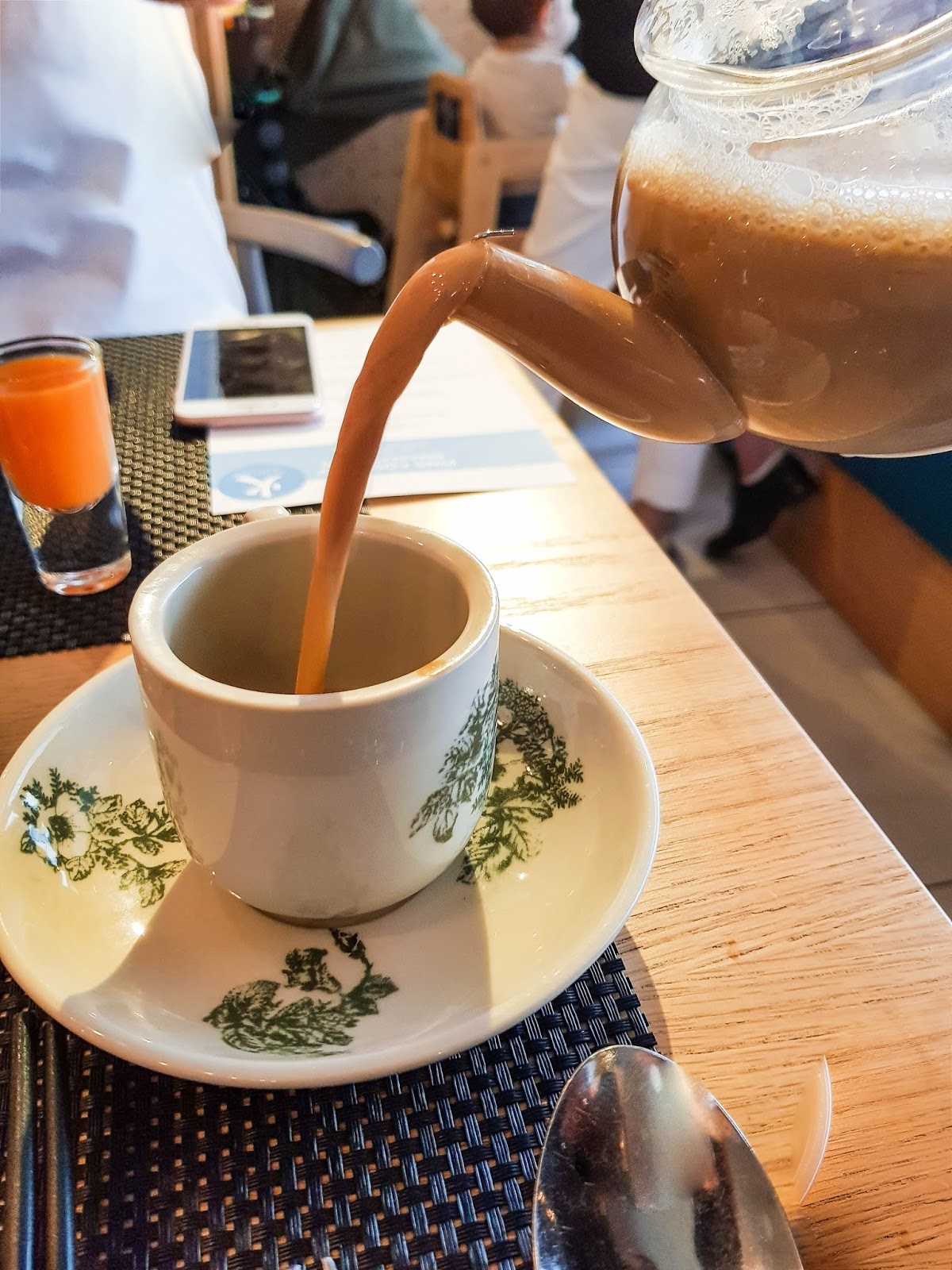 We nibbled on some chicken gyoza with a black rice vinegar. The lightness of these little dumplings means our brunch was starting like any western variety would: subtle, easy to eat, not packing any super powerful punches in taste just yet. 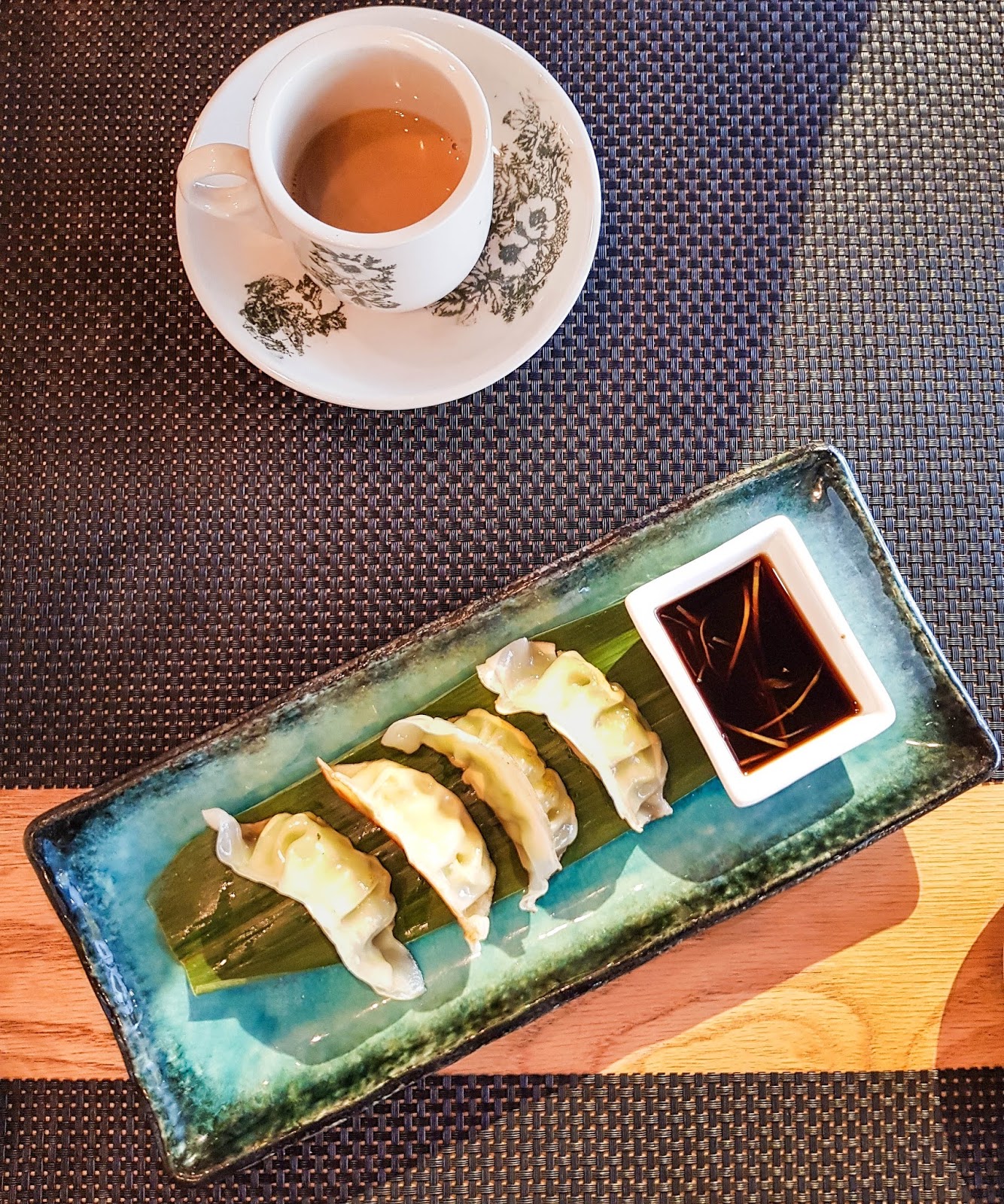 Going a little heavier and into our main was the Hainanese Chicken Rice – a dish I was adamant I needed to try when I wandered the hawker markets in Singapore. This take on it was absolutely spot on – with the rice flavoured with chicken stock and a bright orange, tangy chilli sauce to mix it all up. I made a mess with my chopsticks, as usual, but most of the food went in my mouth… 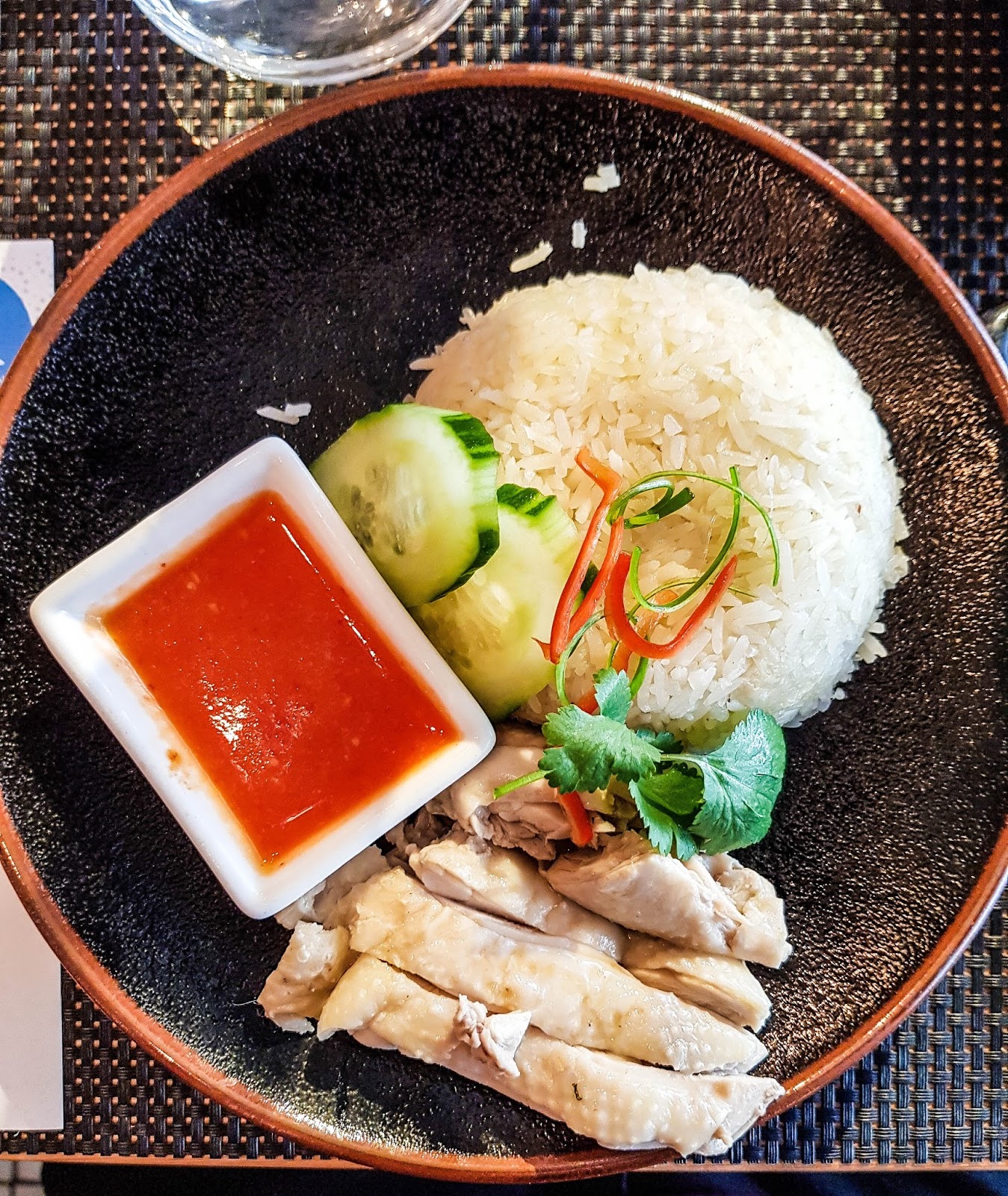 We were served a Chinese Egg Tart alongside a carrot, ginger and orange shot, and told to consume them in that order. I’m 100% not one for ‘health’ juices so I knocked that back first so I could end with the egg tart taste in my mouth. Turns out, actually, the shot was pretty good and just as refreshing as we’d been promised. The egg tart was a heartier size than the ones I’ve eaten in Asia and a lot more delicate, but a great traditional way to end our meal. 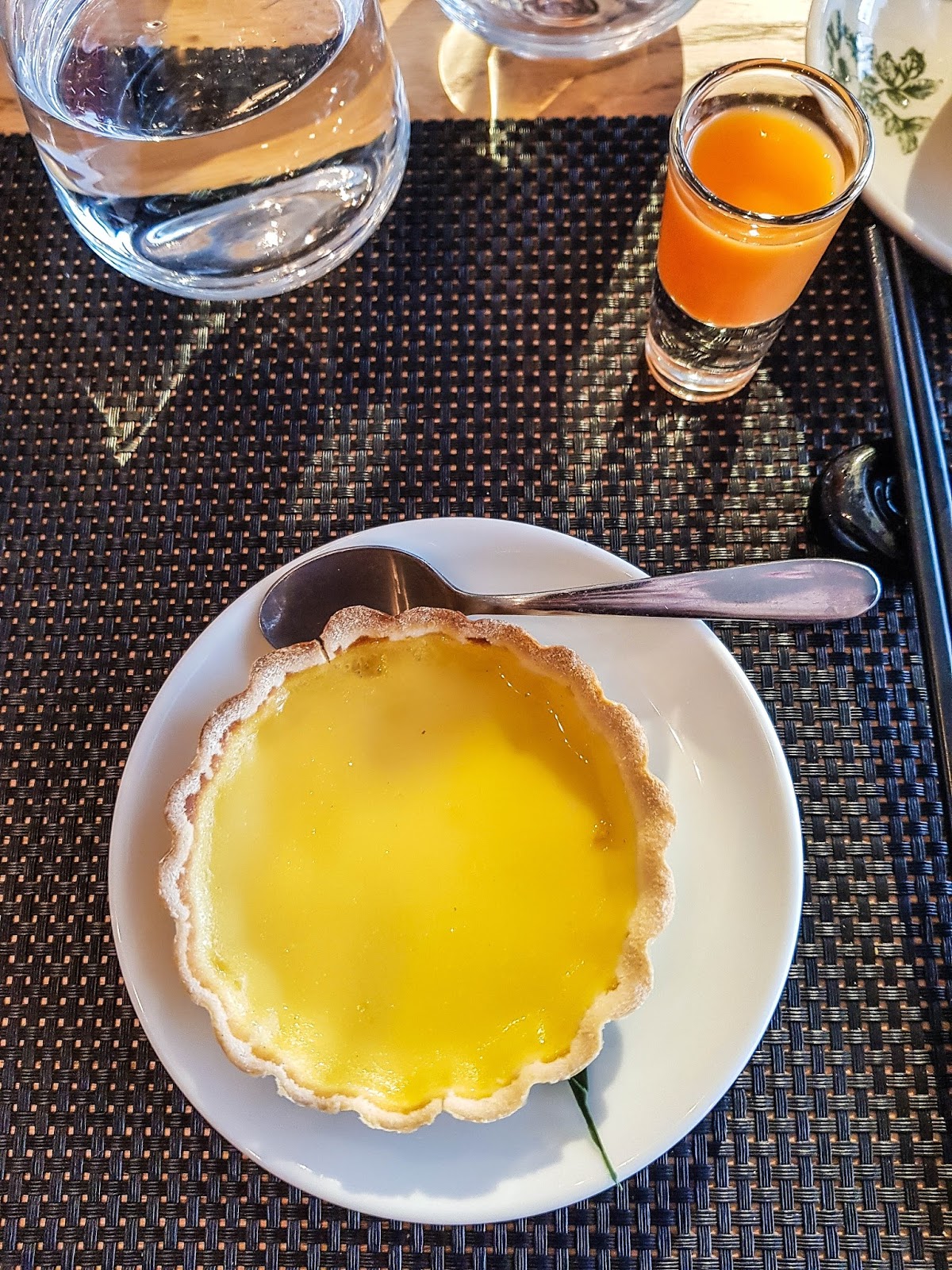 After spending months in Asia, it took a brunch in London to make me review my stance on this sort of food for breakfast. Pretty impressive for a restaurant hidden behind a high street store. 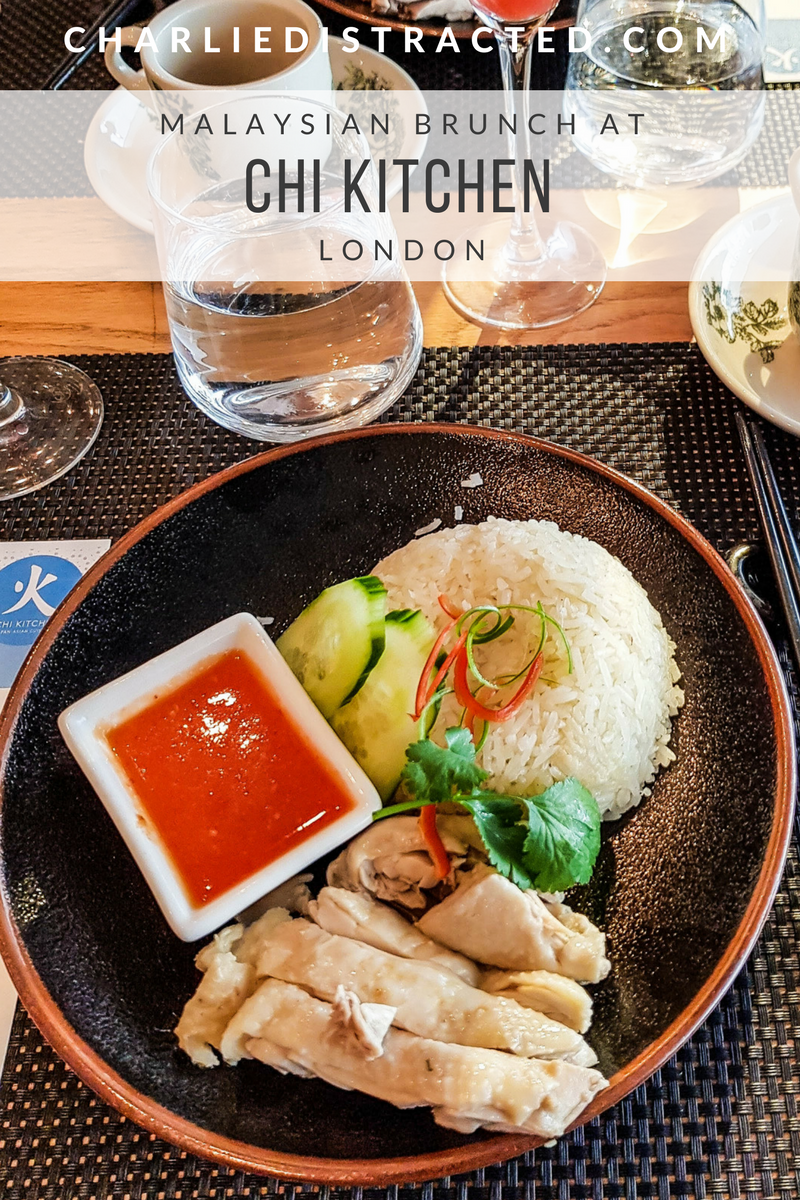