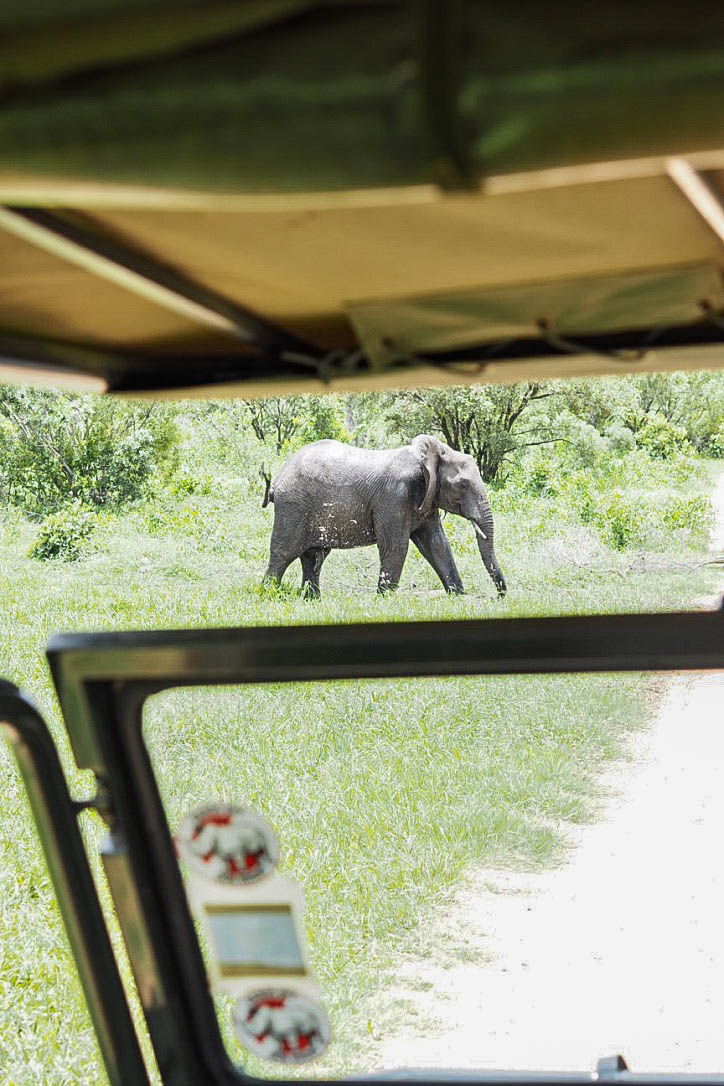 My long haul travels are only feasible because I do them on a budget, but with every one I save a little extra to do something special: a few nights in a nice hotel or eating at an incredible restaurant. For my trip to South Africa, I kept costs low with careful planning specifically so I could go on my first safari.

I booked an incredible four-day tour with Baz Bus for around £400: comprising of two full safari days, and two days of travel. Of course it wasn’t luxury, but I didn’t need it. Paying extra doesn’t persuade the animals to come out any more frequently, which was proved perfectly when, after a seven hour drive from Johannesburg, we pulled up to our camping accommodation and saw a giraffe watching us curiously from the roadside. 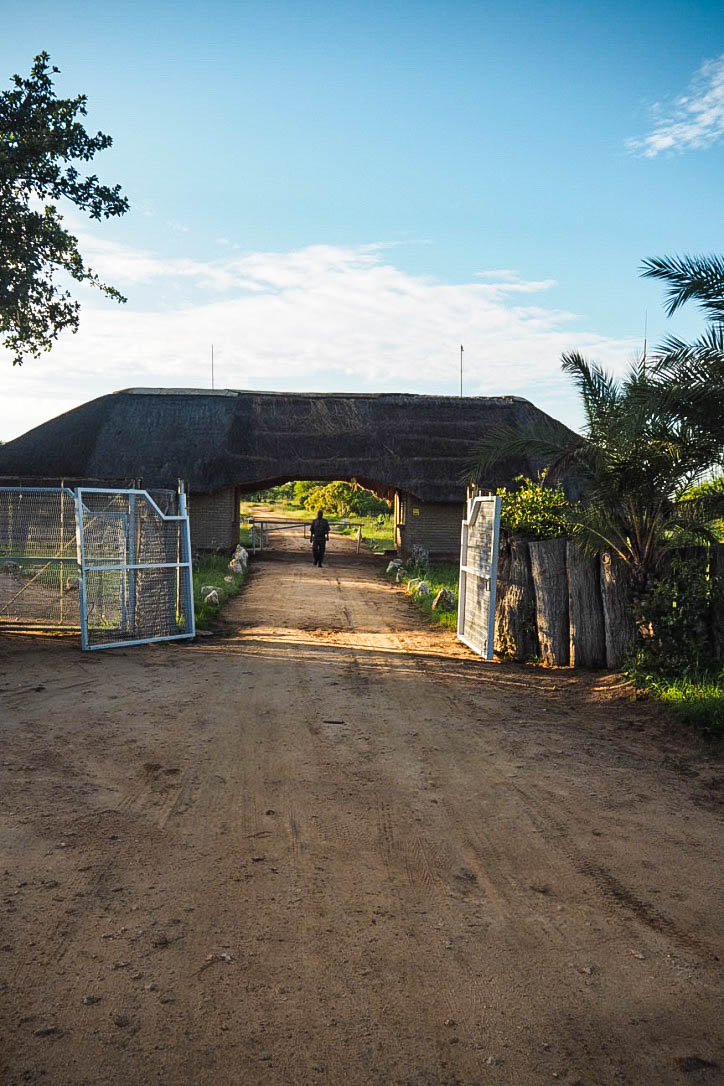 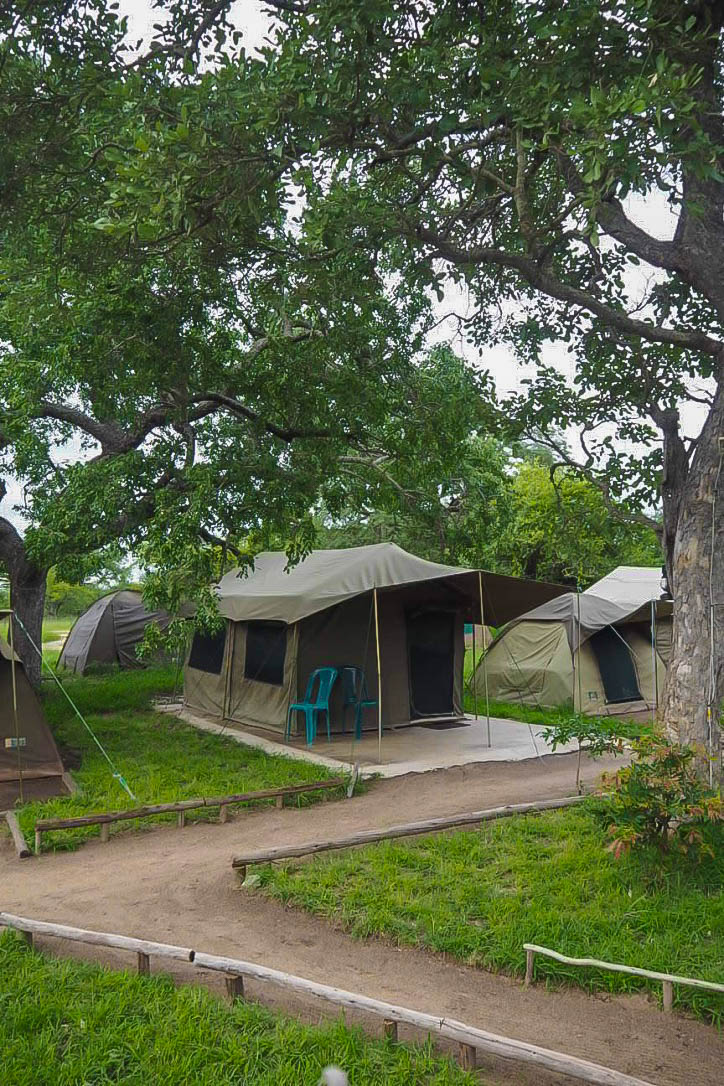 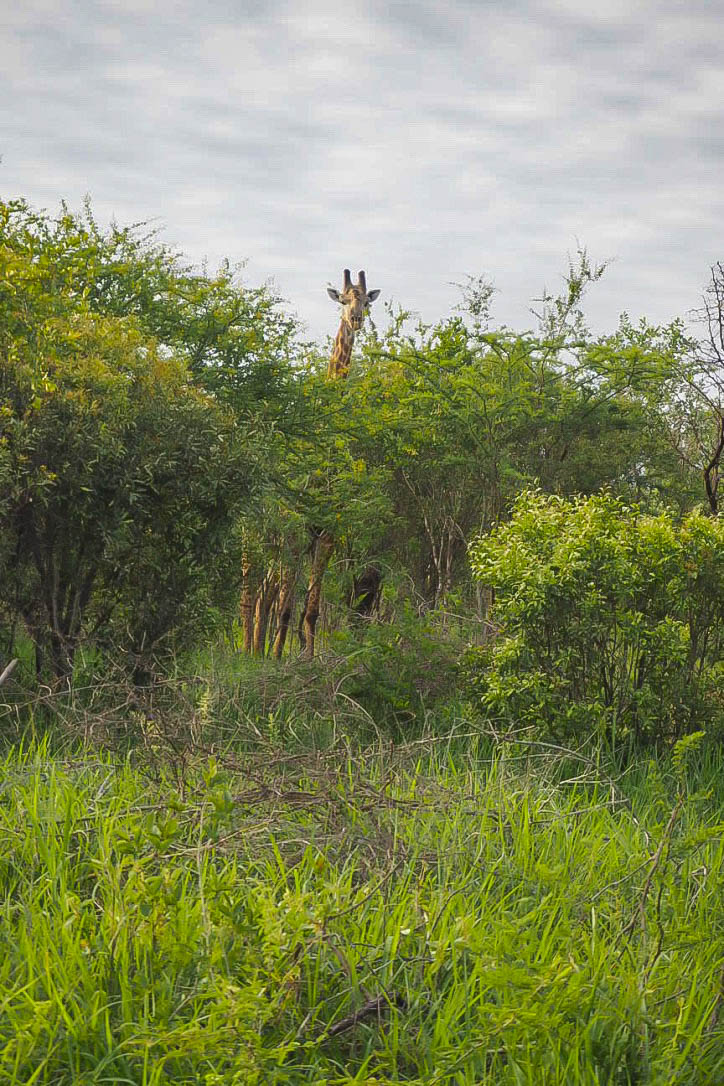 Our tents had proper beds and electricity, and the camp provided us with all our meals AND wine. Yes, the showers were outdoors, and I had to keep my shoes up high so scorpions wouldn’t chill out in them, but I honestly couldn’t care less. Even getting up at 5am to go out for our drive wasn’t a hardship – I had no idea what to expect but I was ready. Armed with binoculars, mosquito repellent an my trusty camera, I took my seat at the back of the open van and settled in for four hours of driving. 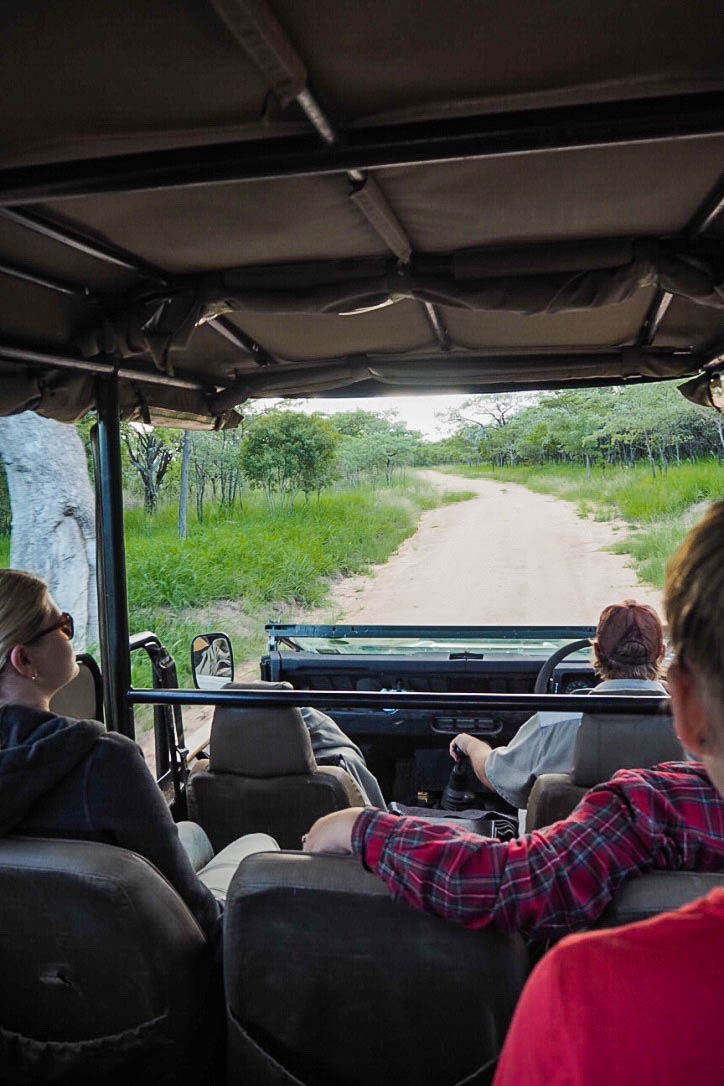 Each day, we drove from camp into the boundaries of Kruger Park and not stopping to get out until lunch. This isn’t a zoo; you can’t just get out and wander around. The park is vast, spanning three countries, is the size of Wales and only about 3% is actually accessible by tourists, so the animals roam free wherever they feel like it. From a hornbill trying to nab a piece of my lunch, to a hyena just chilling out in his midday bath to cool down. 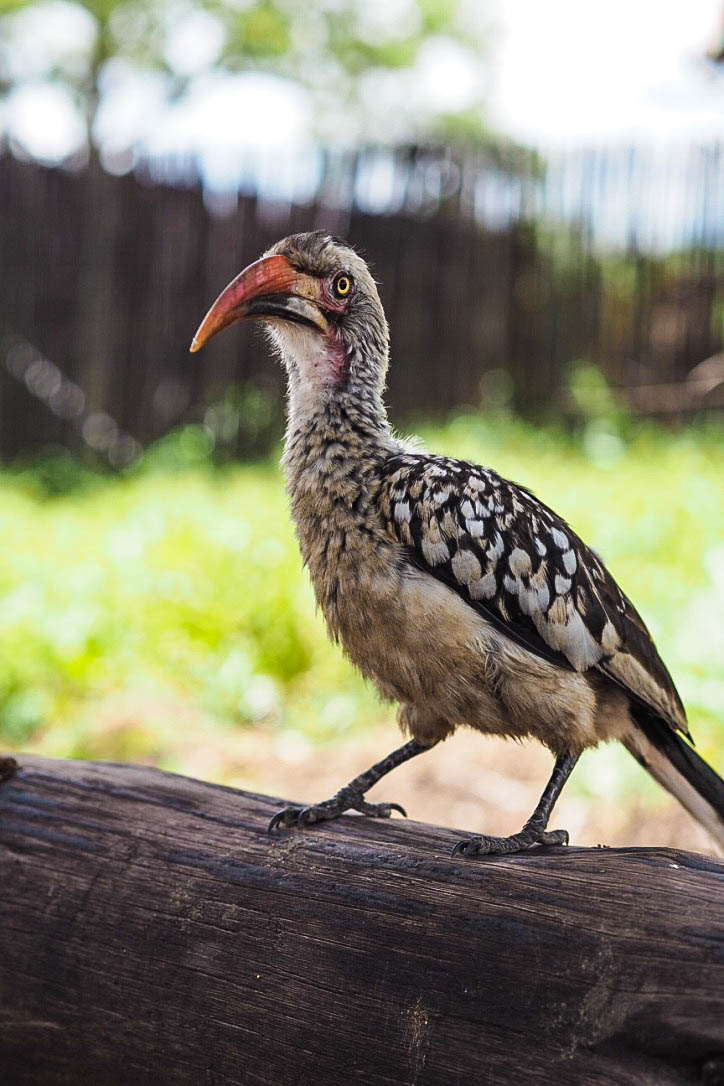 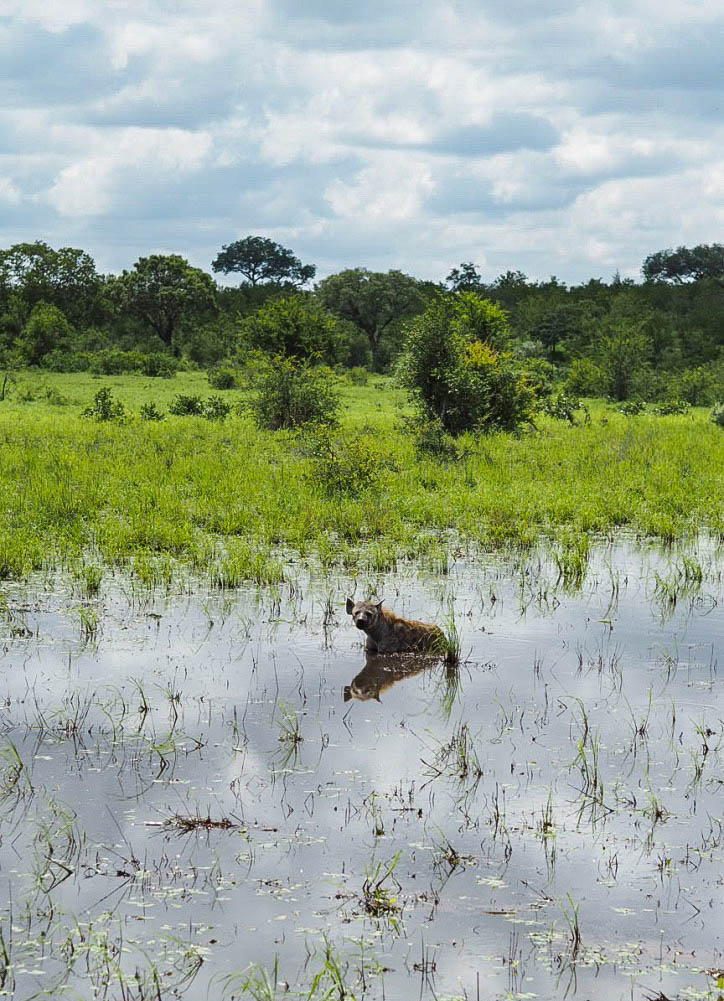 And they really are wild. I saw zebras viciously fighting, wild dogs chasing impala, and a particularly feisty, young male elephant charged at us to assert his dominance. It was terrifying and thrilling and utterly jaw dropping. I couldn’t quite fathom what I was seeing – I don’t even know if I’ve even fully processed it yet. 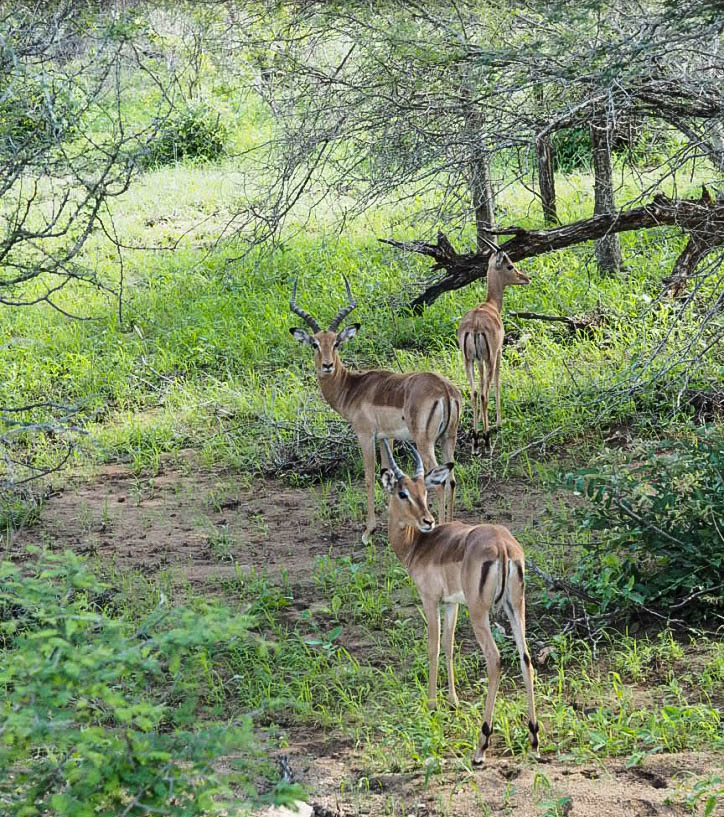 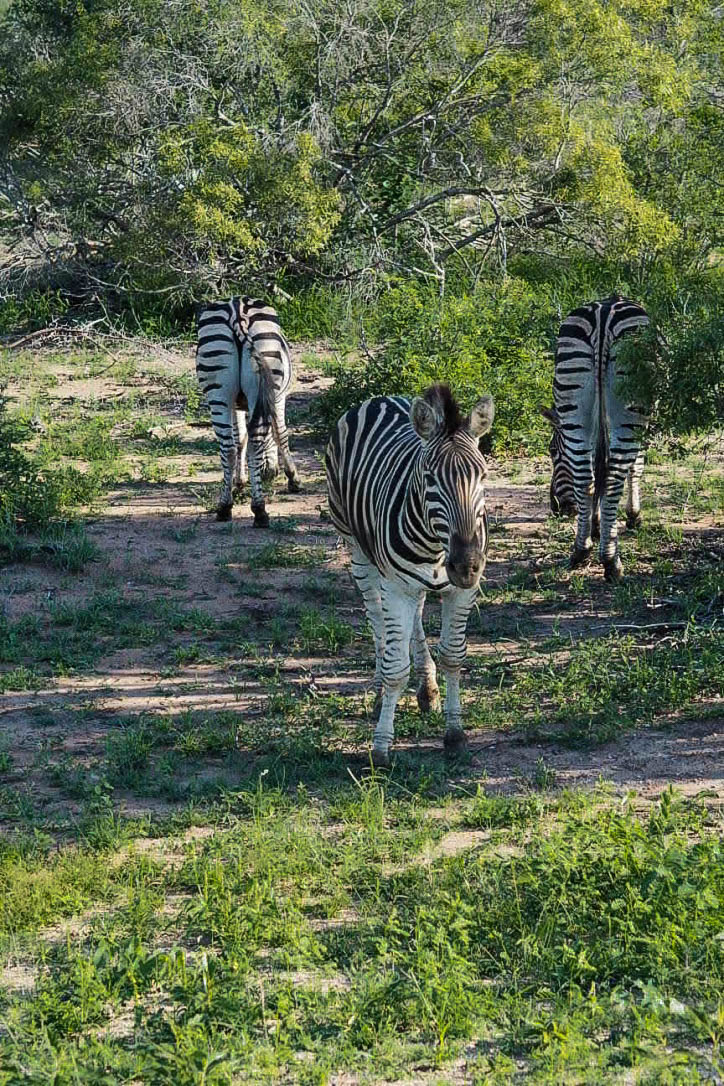 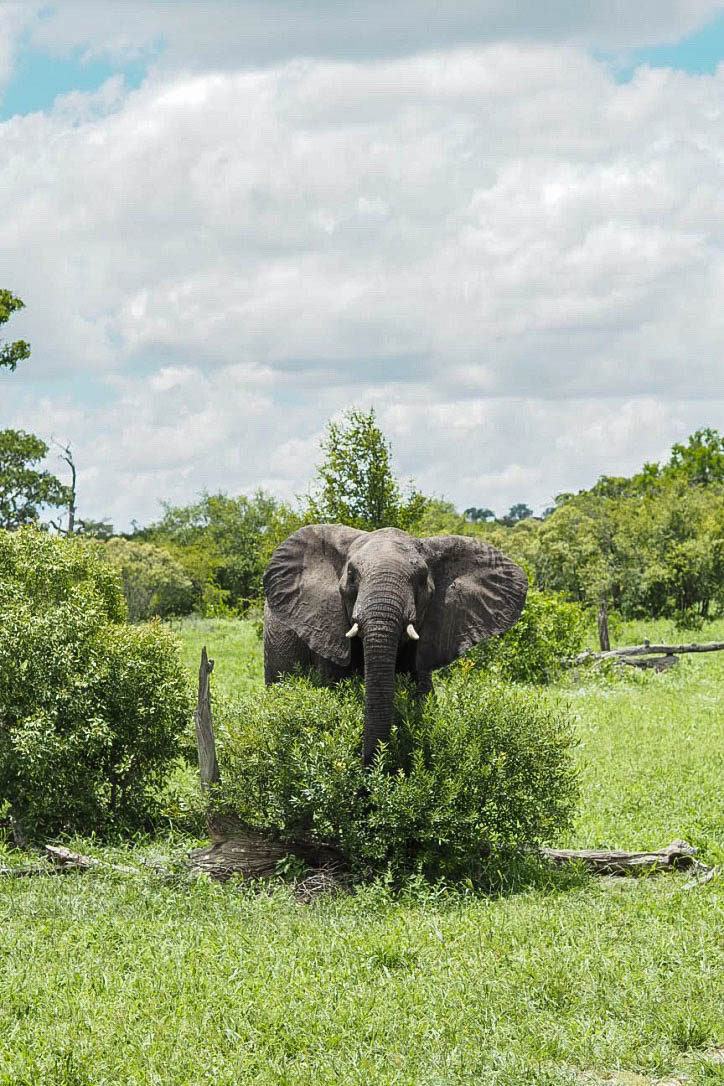 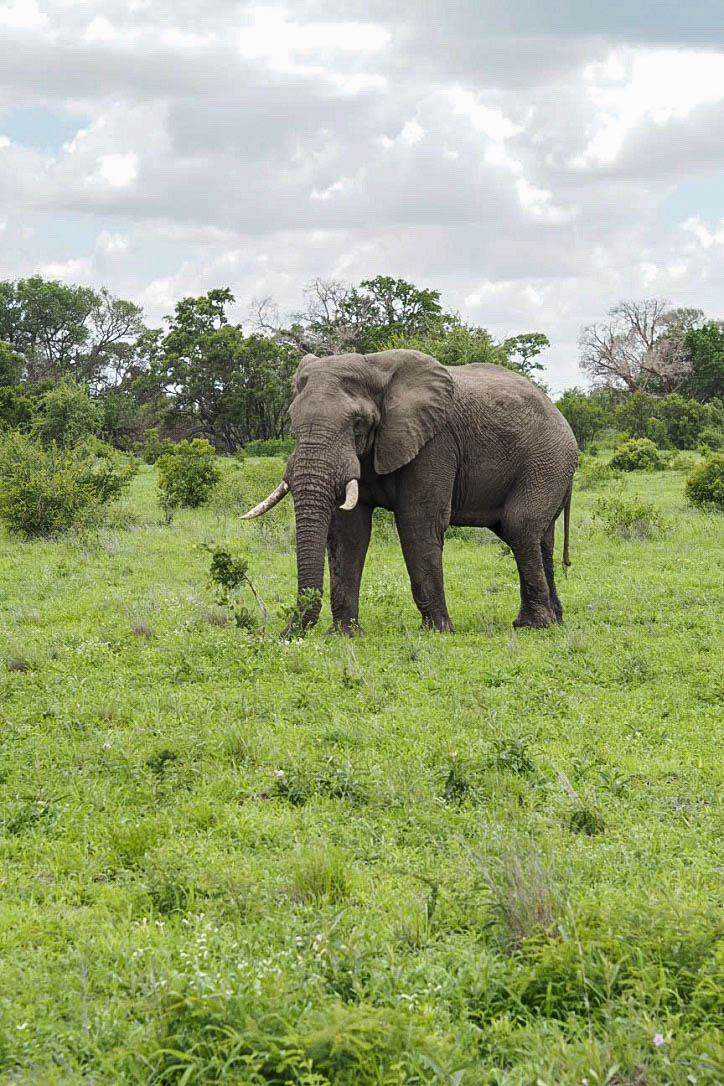 It’s hard to describe what it feels like to see a dead buffalo carcass and then, from the corner of your eye, see a wild lion walk over to it, a rumbling growl coming from deep in its throat to scare away the surrounding vultures. Excitement and fear, privilege and awe. The wish that a photo could do the experience justice but it never, ever could. 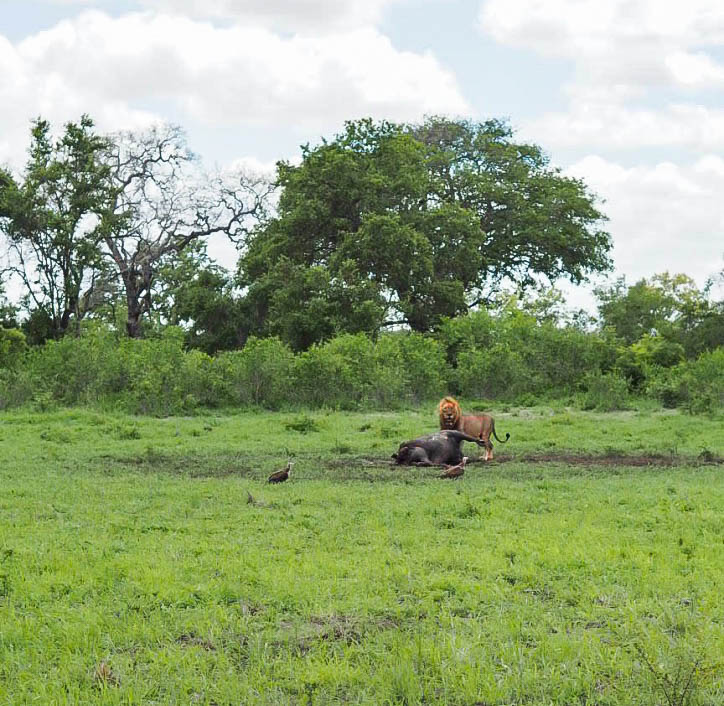 But a safari was more than just the animals. The unbelievable, vivid colours of Kruger Park look like they’ve had the saturation turned up to max and it was hard to comprehend that when I looked out, I wasn’t even close to seeing the edge of the protected area. Within there, hundreds more animals, hidden from humans and wonderfully safe. 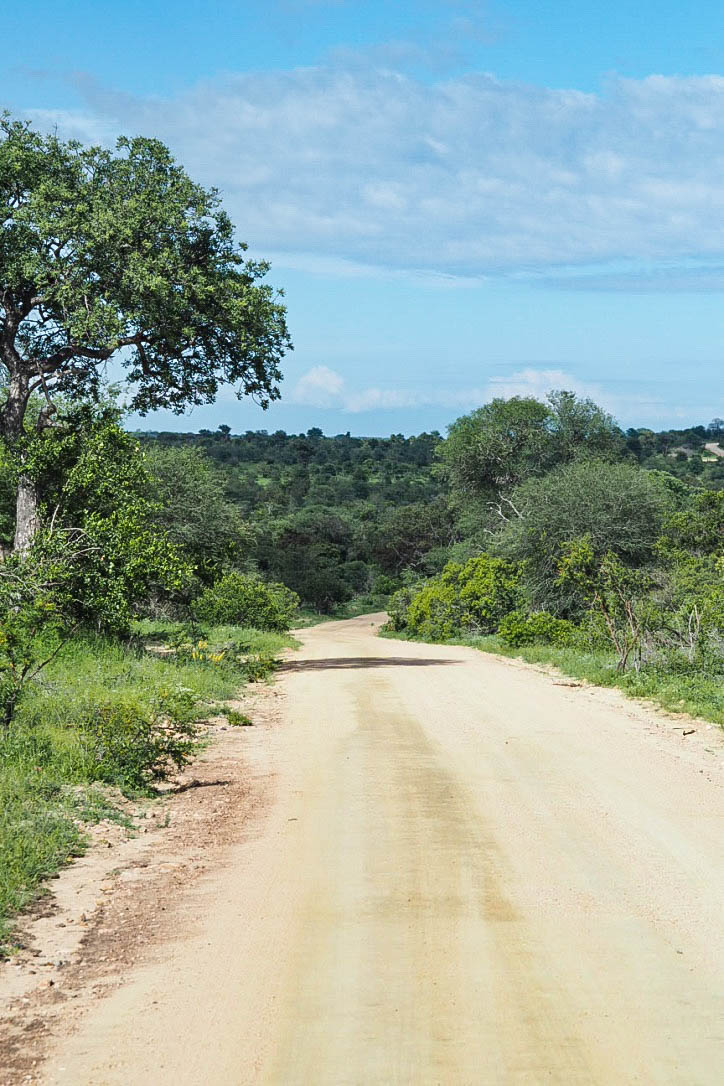 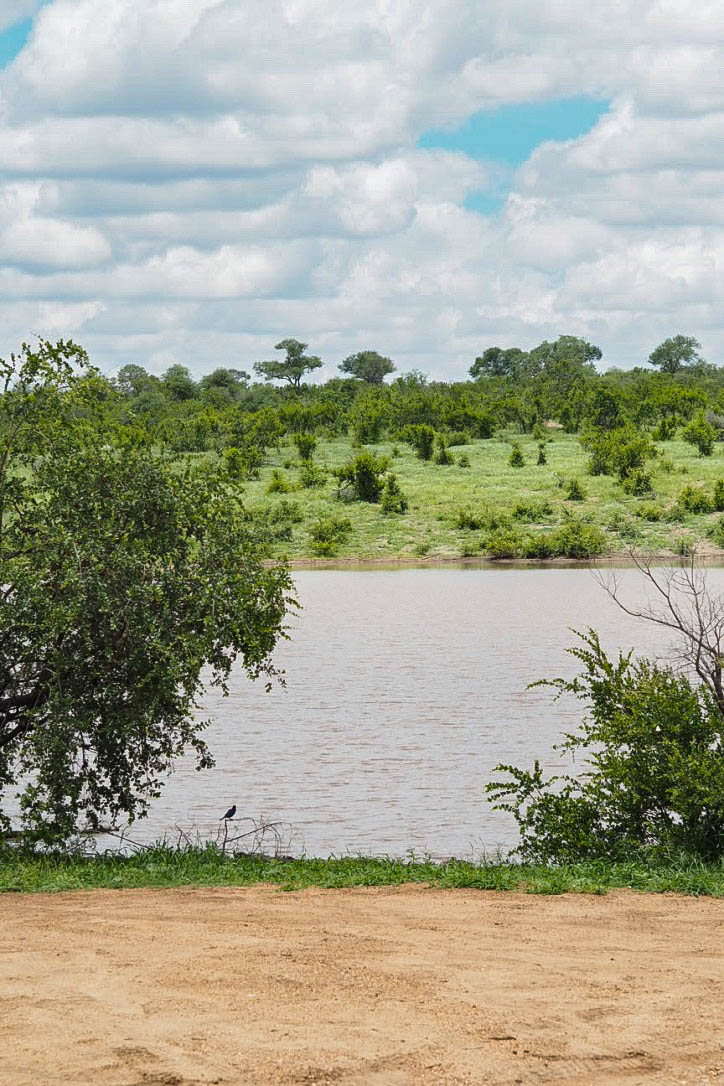 Fortunately, I saw the one animal I was desperate to see: a hippo. Not just one hippo in fact, but multiple, and I spent two lots of 40 minute stints just sat watching them from our vehicle, and another on a night drive out to a lake behind our camp. They did their famous display of opening their jaws to warn us that they were in charge, and if I’d been closer, I’d have been scared but from afar it just made me so, so happy. 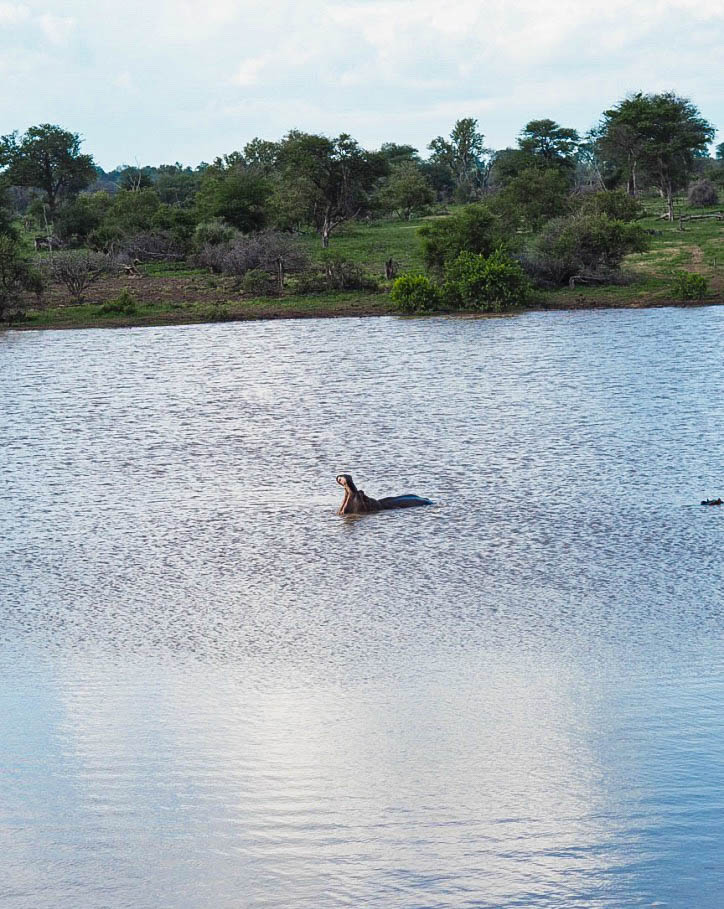 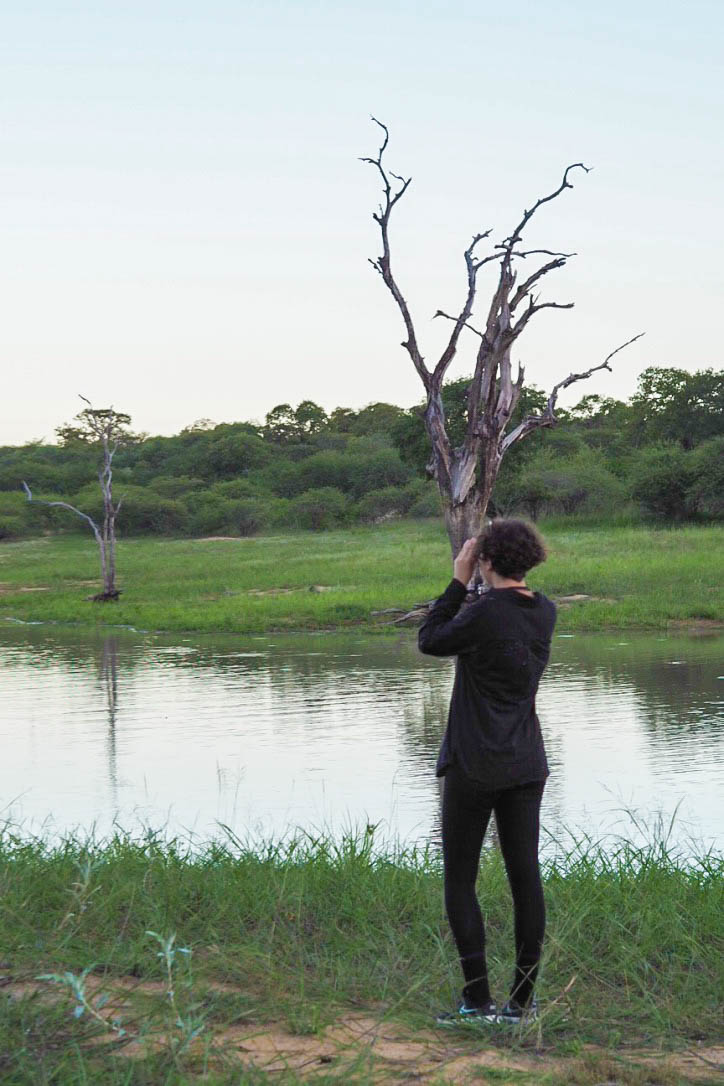 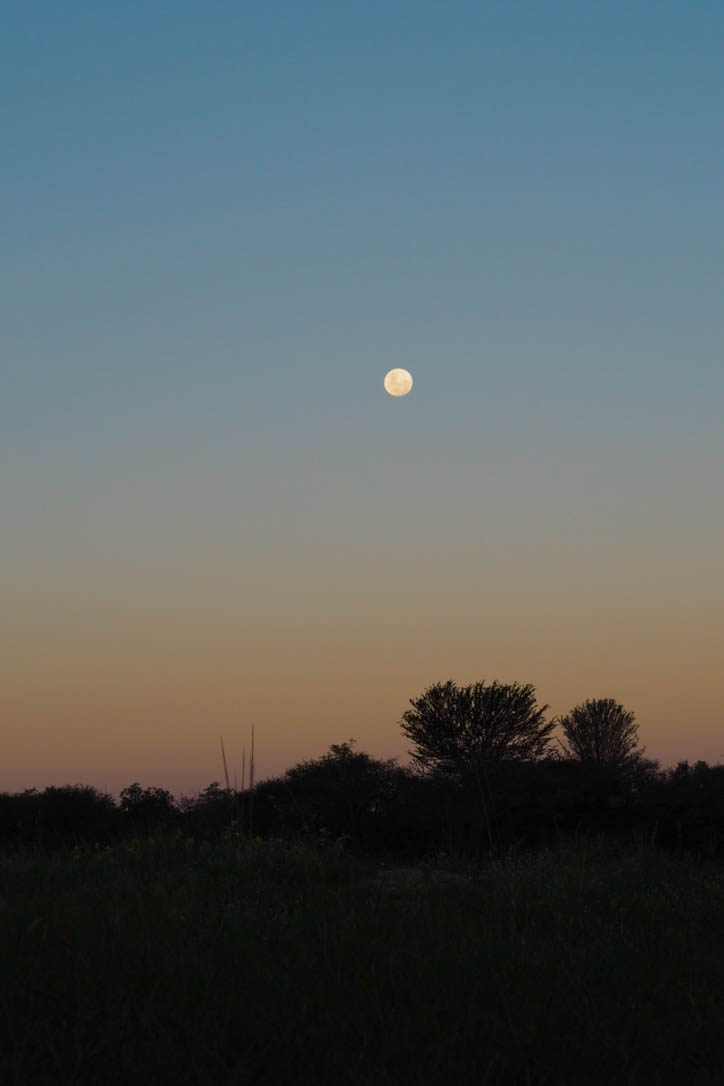 I didn’t see all of the Big Five but a safari can’t only be measured on how many animals you see. It’s the experience of being out for 10 hour days, searching and watching. Spying vultures fly across the sky, or watching a dung beetle rolling elephant manure across the road, or seeing a giraffe eyeing you up suspiciously from the shade of a tree only just taller than itself. 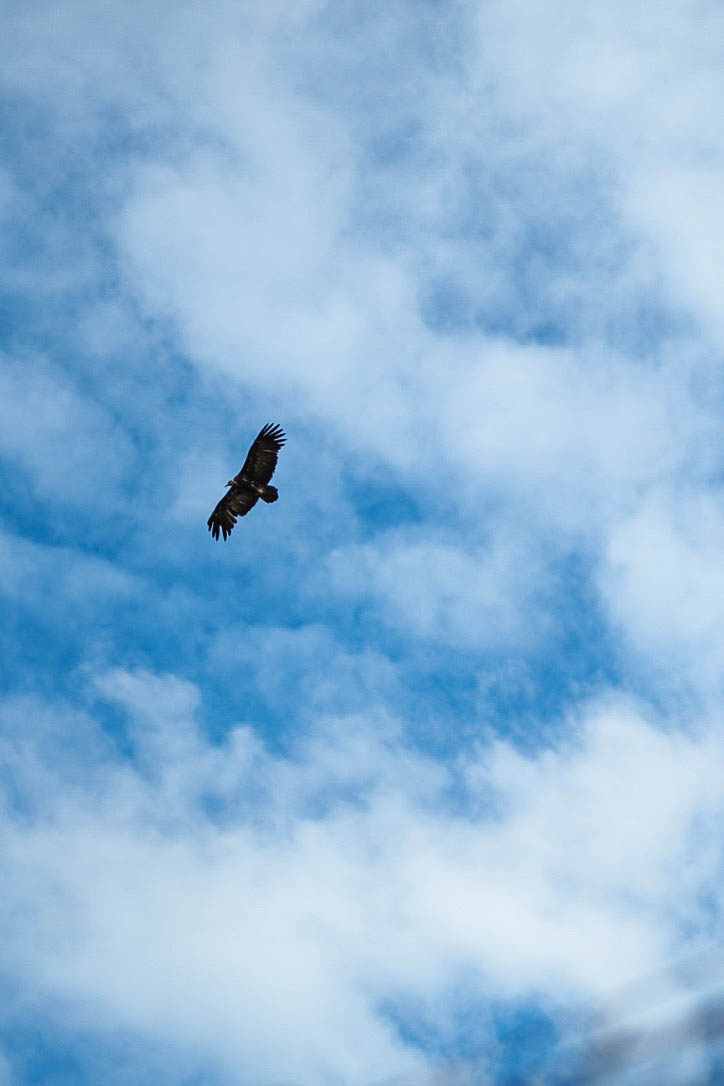 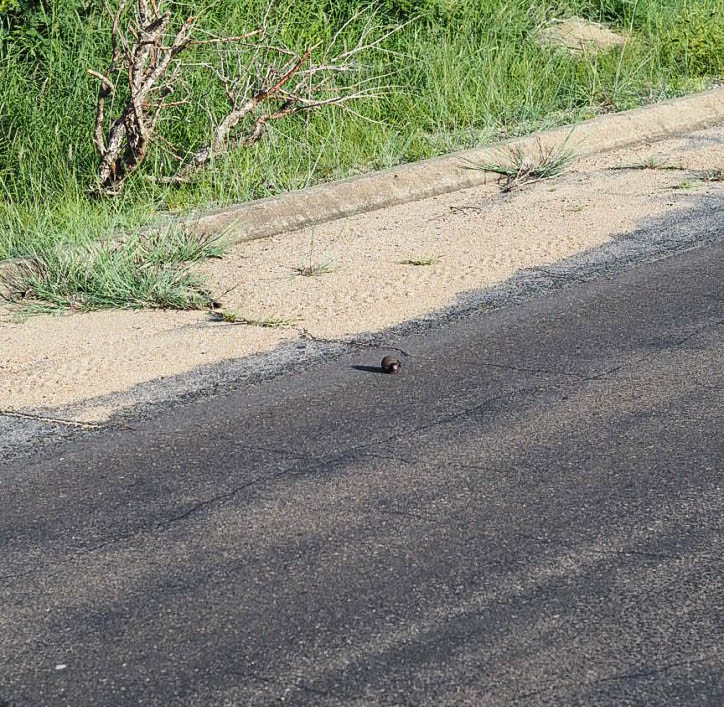 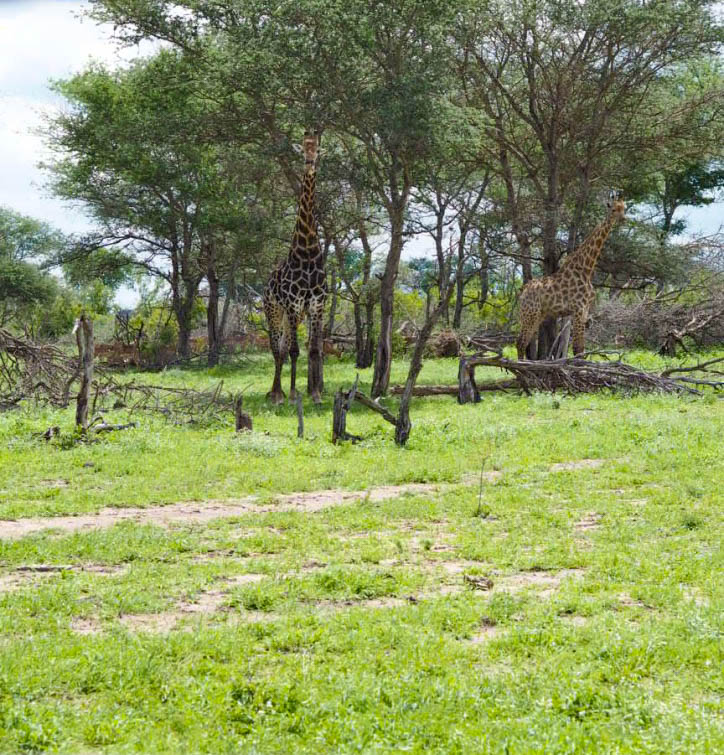 Every moment was magical and it’s an experience that just reinforced how important it is for me to prioritise travel in my life. 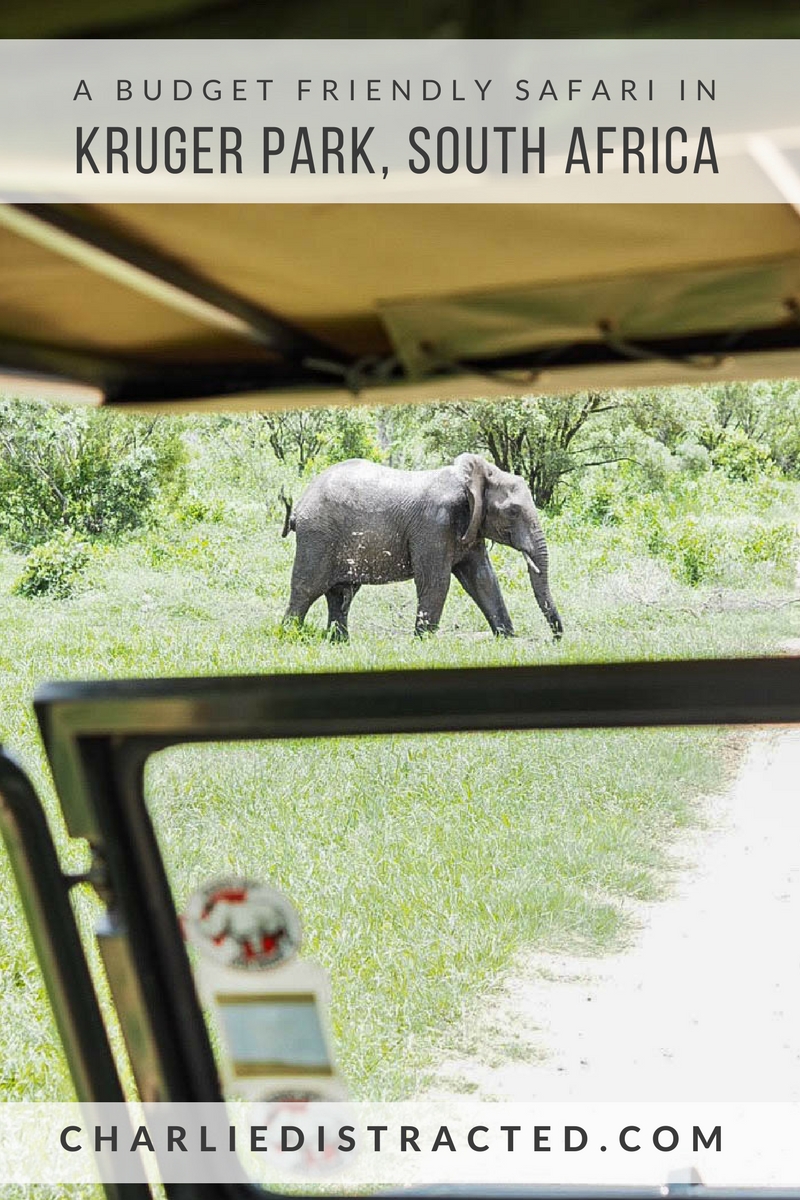