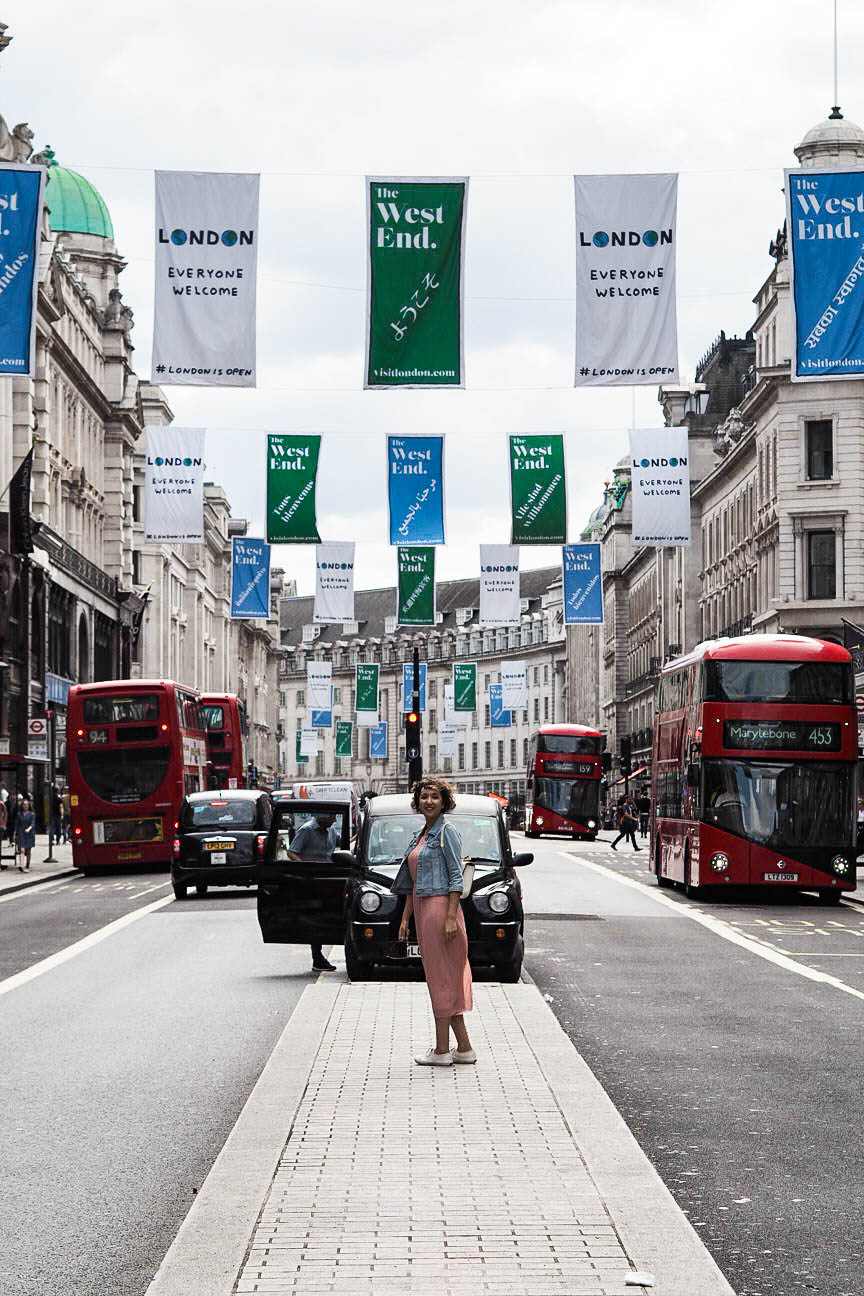 I know the streets of the West End pretty well after almost seven years of living in London; so it is super rare that I actually spend a day in the area, rather than powering through it with my earphones in whilst I snarl at tourists. But as I’ve said so many times before, you don’t have to go off the beaten track to have a great travel experience, so I set out to explore my own city, embracing the West End’s ‘London is Open‘ message, and had a full day of hitting actual shops rather than just adding to my never-ending ASOS order.

If it’s your first time to this area, here’s where you should head to: 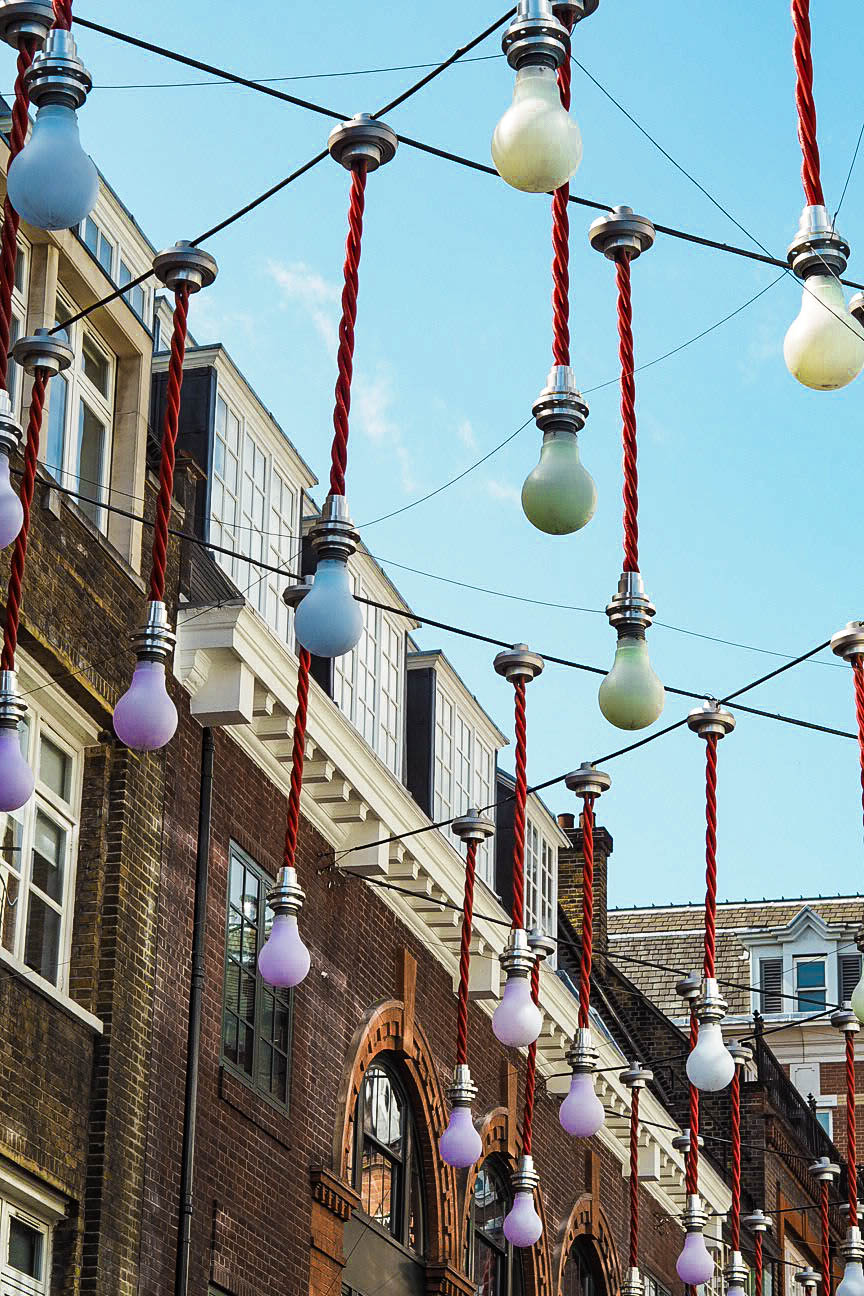 Stop One: Brunch in Kingly Court 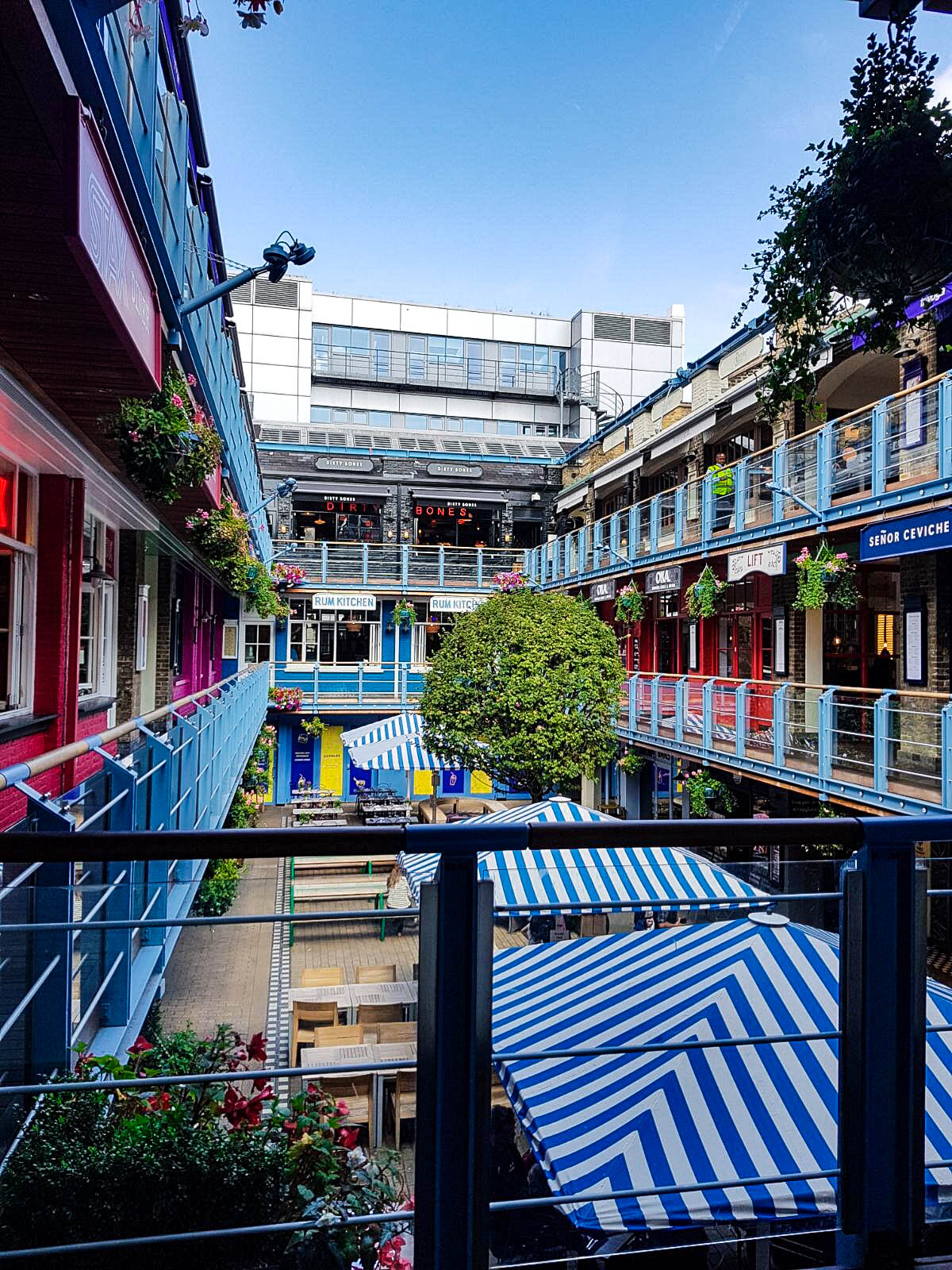 A girl can’t expect to go shopping without some fuel in her belly, so we began our day with brunch, heading into Kingly Court off Carnaby Street and it’s three levels of foodie heaven. Really, you could head back every day for a fortnight and try something new, from American diner indulgence at Dirty Bones to delicious ramen at Shoryu, but this time we headed into Whyte & Brown*. I saw in the day with a bellini, a coffee and a big old bacon and egg brioche bun sandwich (with a few sneaky tastes of my boyfriend’s shakshuka), in a glorious window seat in the sunshine. 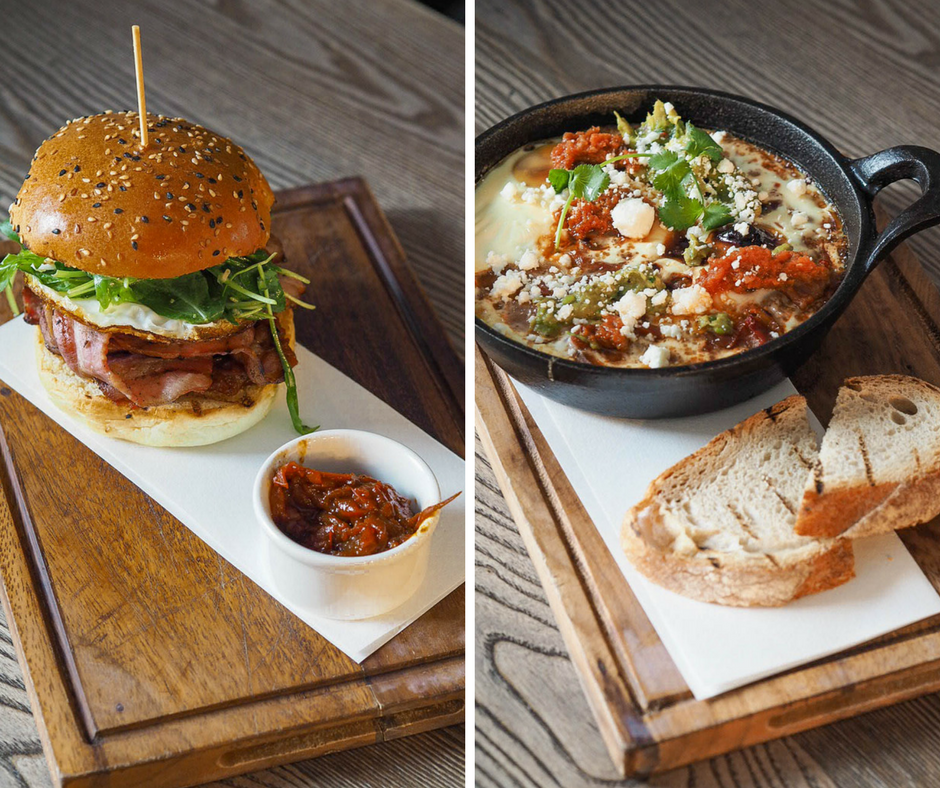 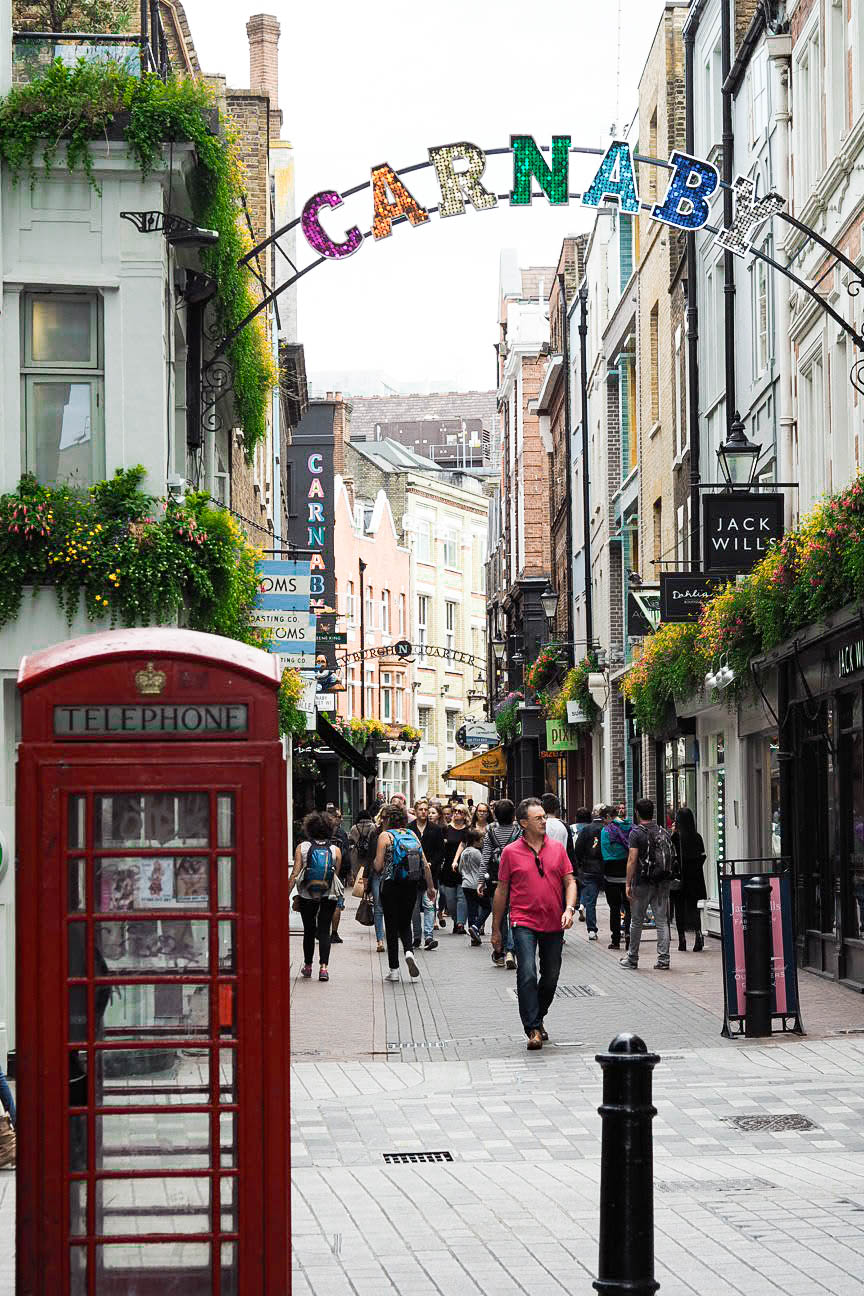 Well up there with my favourite areas to shop in London, Carnaby Street and the streets that snake off it is a treasure trove of boutique alternative fashion stores. The bigger stores on the main strip are the sort that you’ve probably shopped online but have never been into: Cheap Monday, Monki and Irregular Choice being my favourites. But it’s up through Newburgh Street where my heart lies. There you’ll find the wonderful Lazy Oaf, where I became the proud owner of some gorgeous pieces* that I’ll be rocking over in Japan! 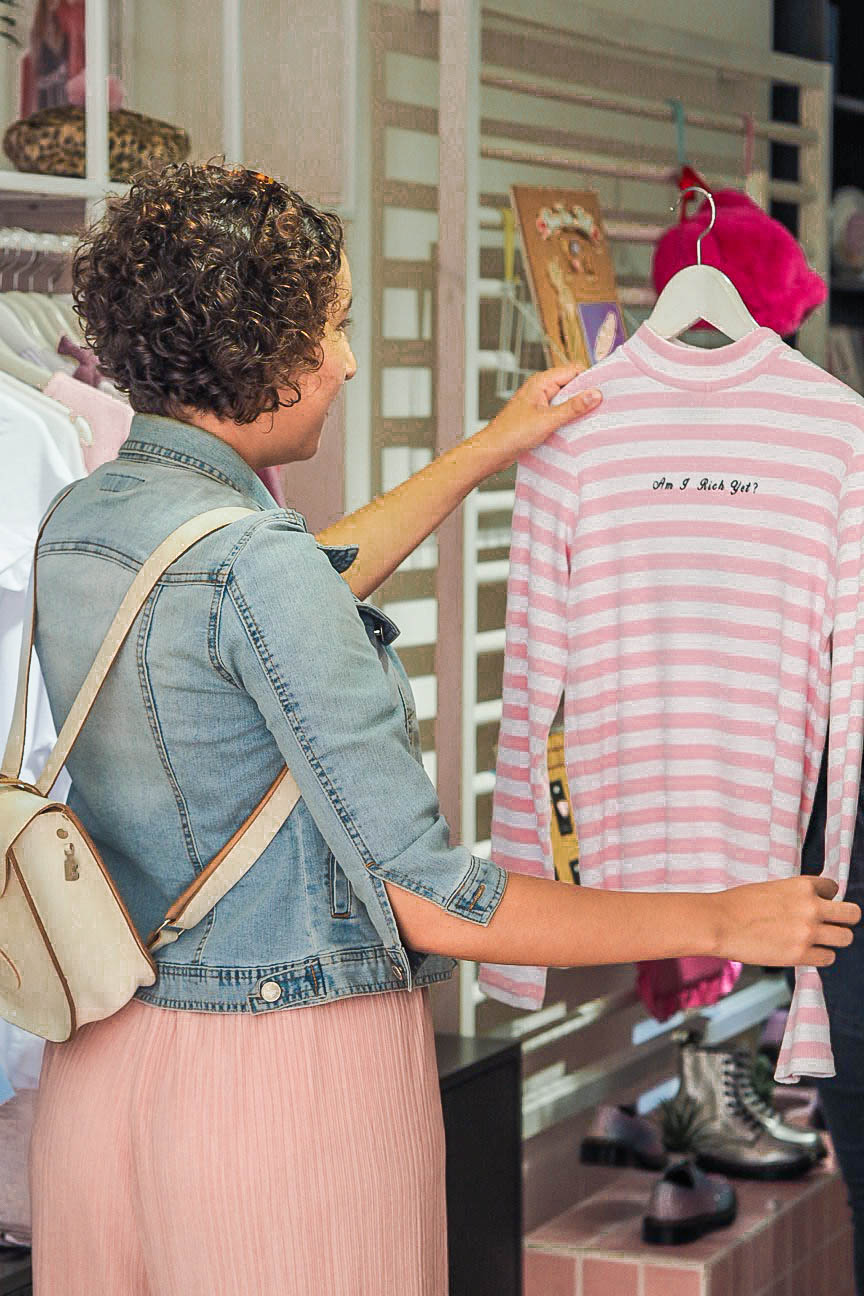 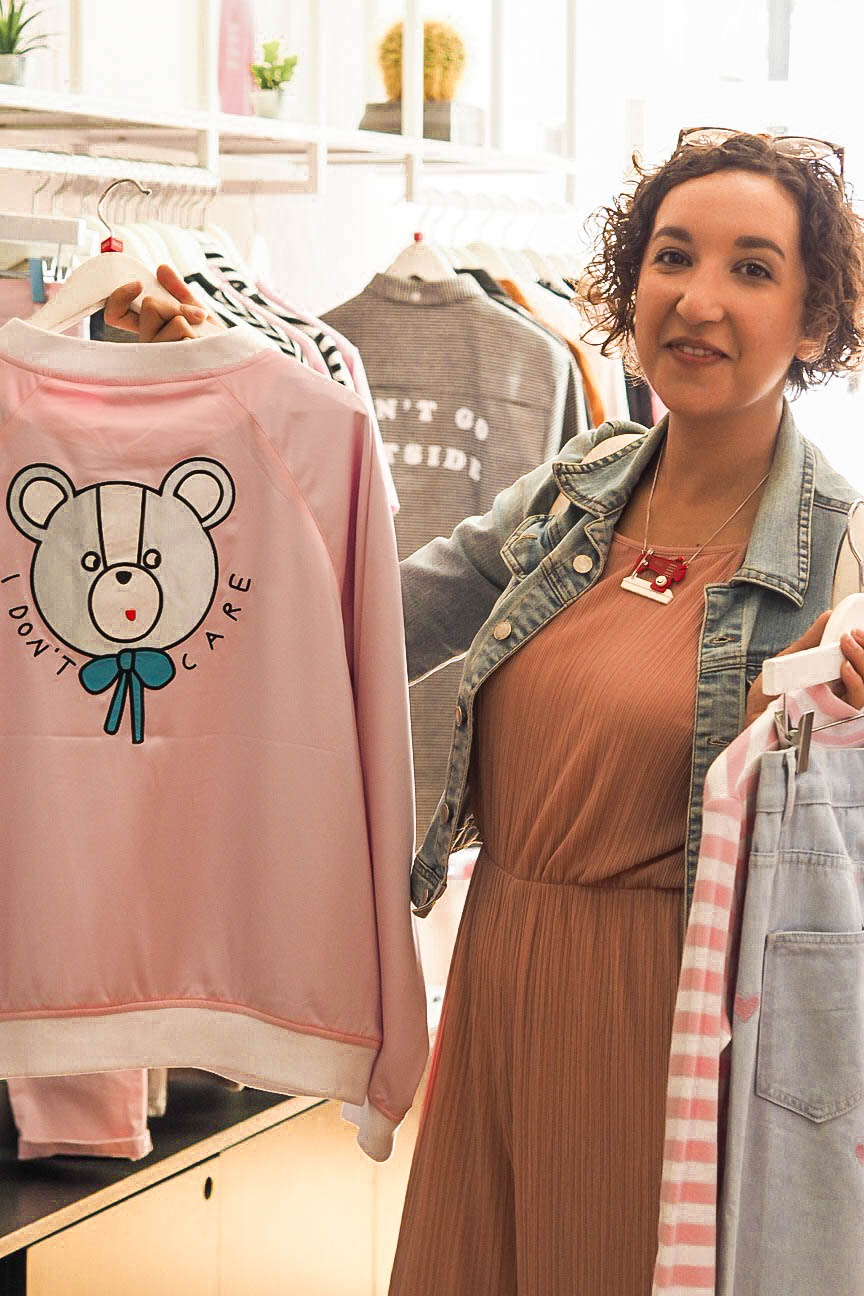 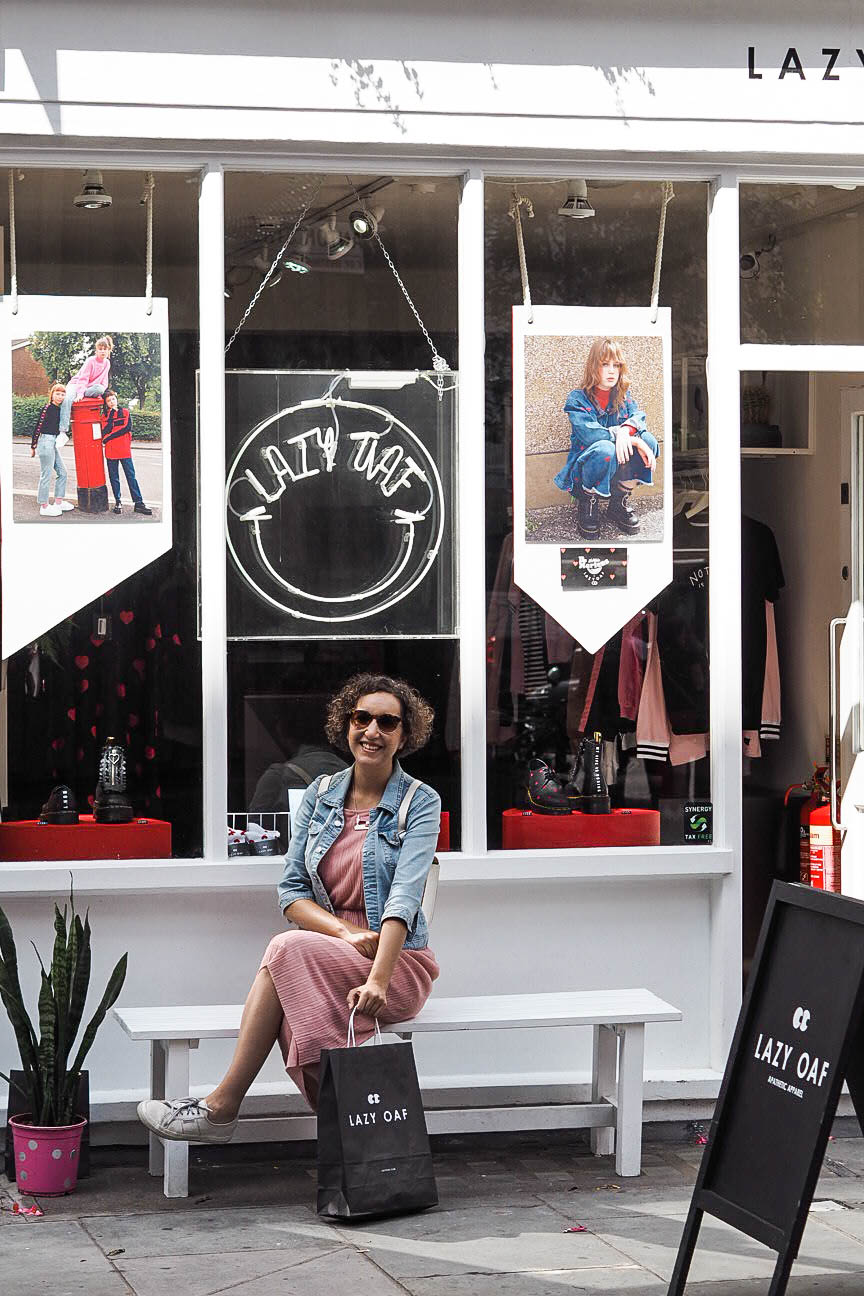 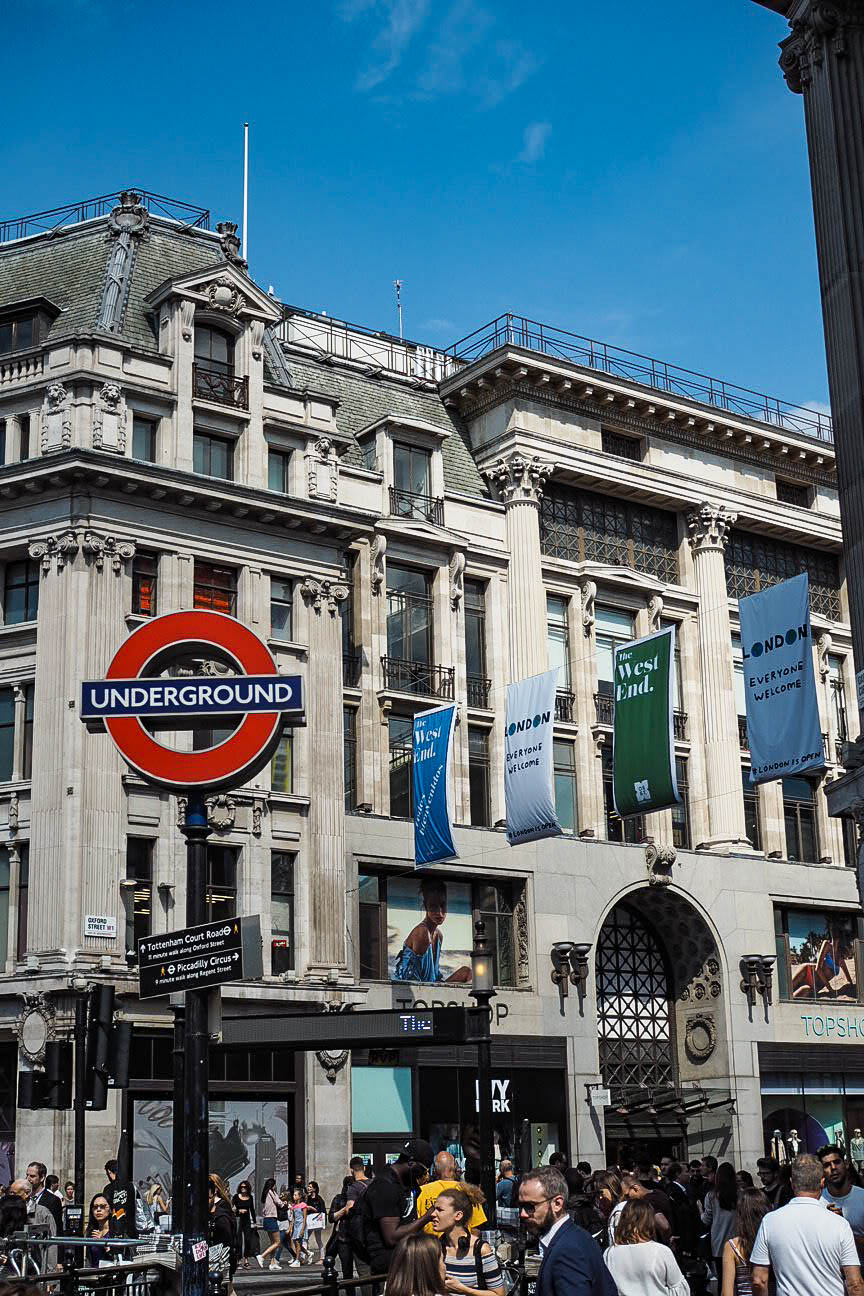 Taking a quick stroll through Liberty’s stationery department, we ended up walking down Great Marlborough Street and out onto Regent Street where flags declare that London is open, no matter what adversity our little capital might have experienced (insert heart-eye emoji here). 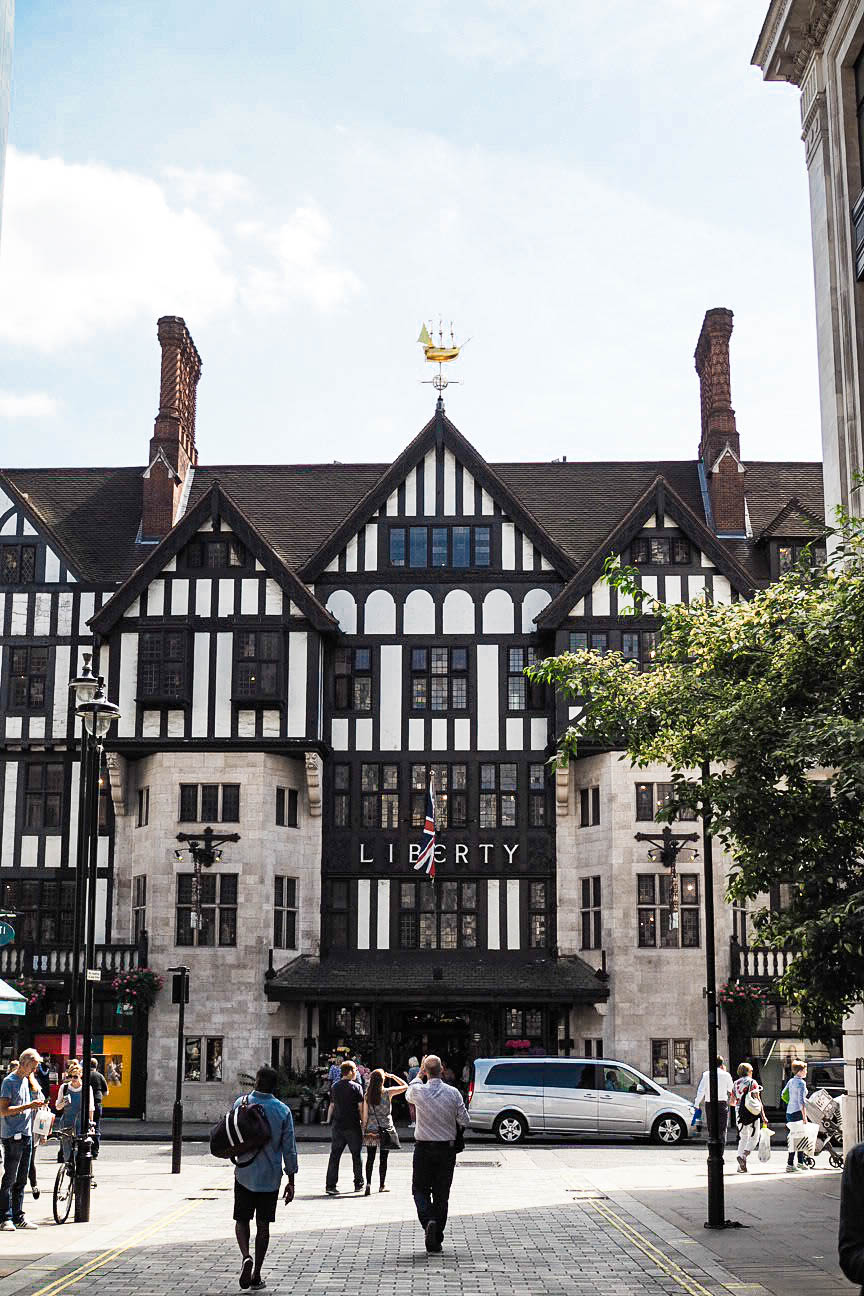 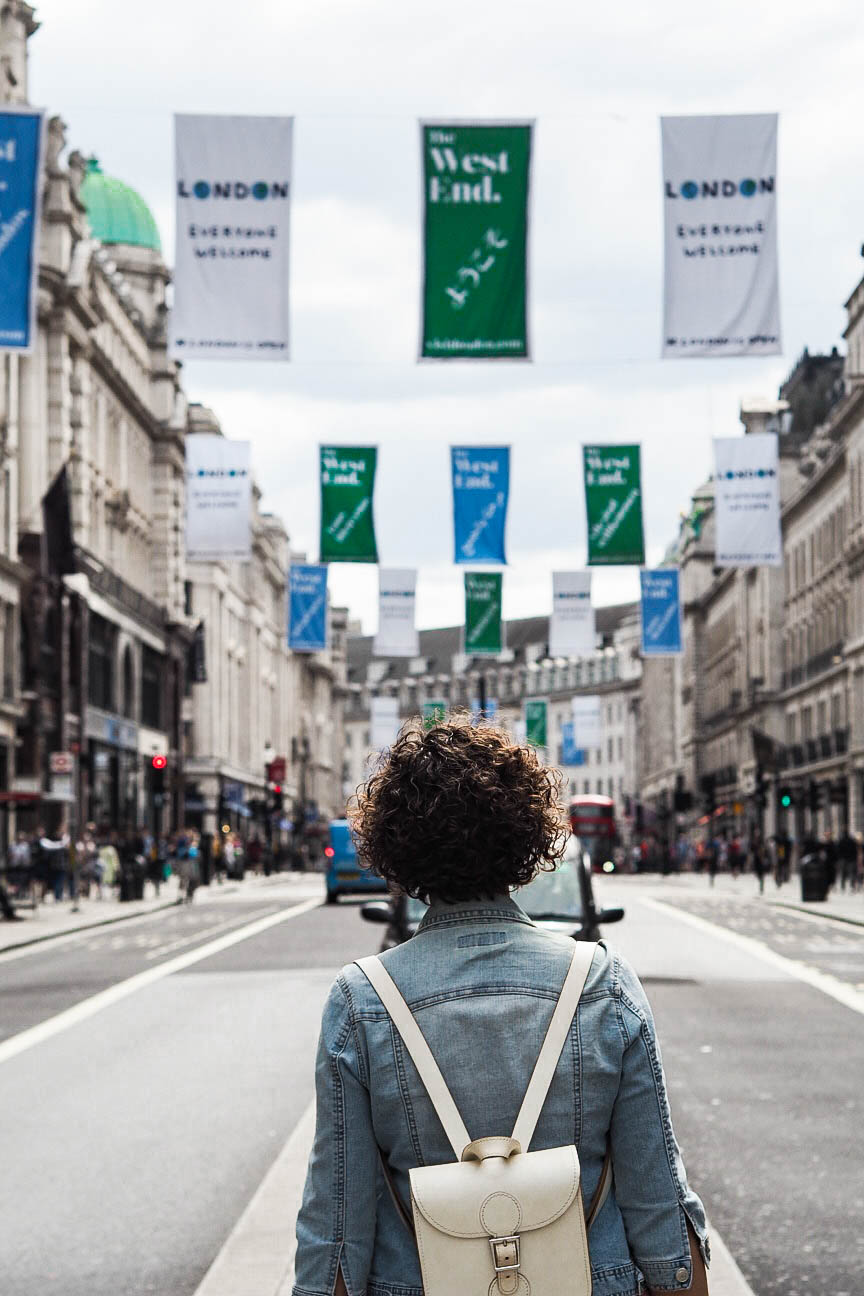 I’m not sure if Oxford Street ever stops being busy, but then it is home to flagship stores of some of the best known brands in the country. Want three floors of sensory overload? Head to the UK’s biggest Lush! Get lost in the ENORMOUS Topshop directly opposite Oxford Circus station, whose accessories department I still love as much as I did when I was 14. And then there’s the department stores: John Lewis, Debenhams, and all the way down to the iconic Selfridges where, to be honest, you could spend an entire day. 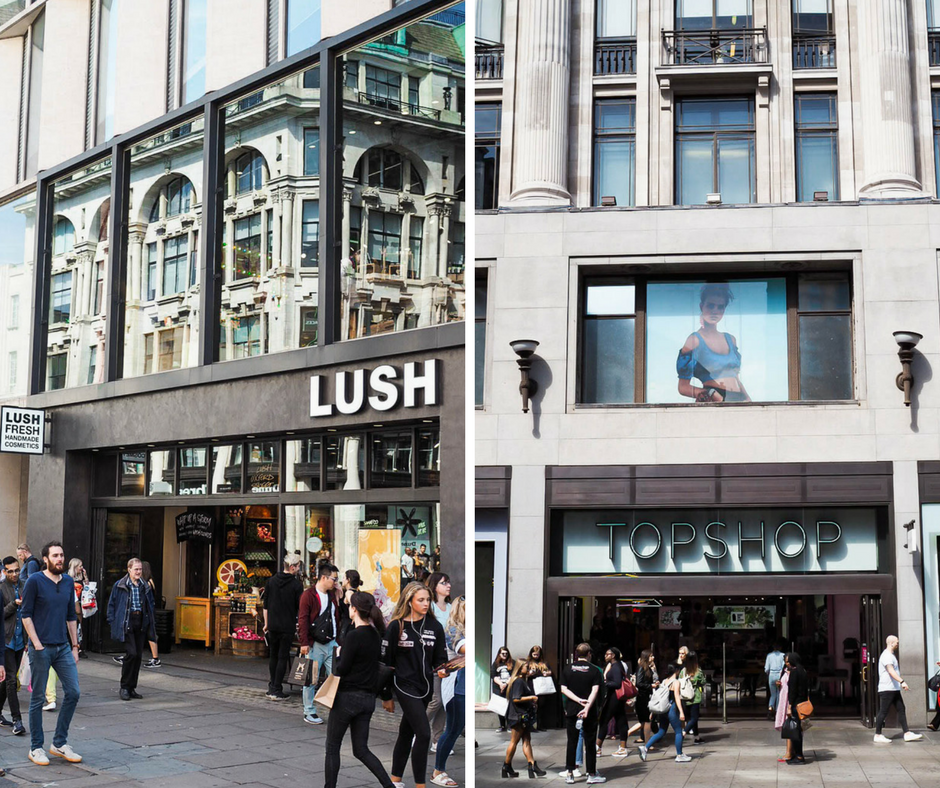 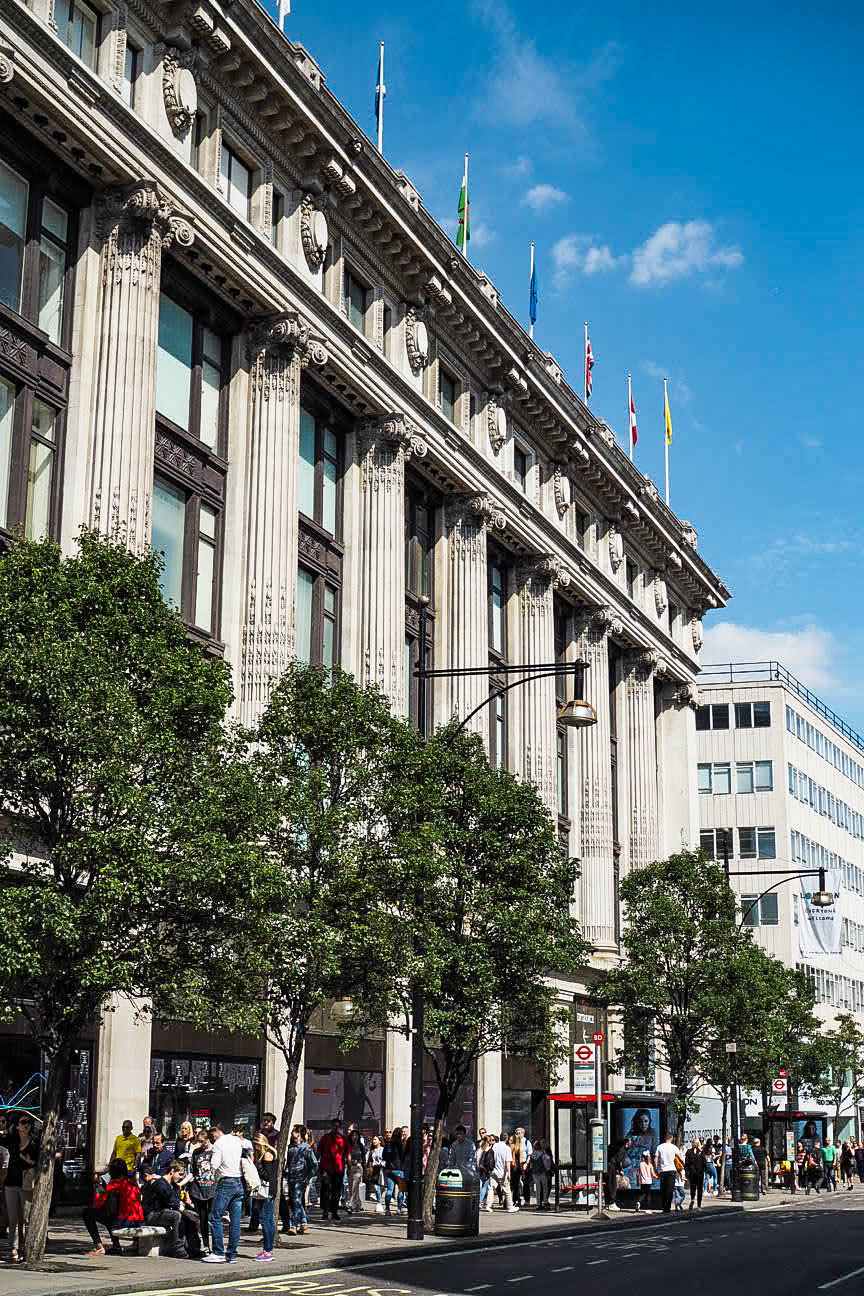 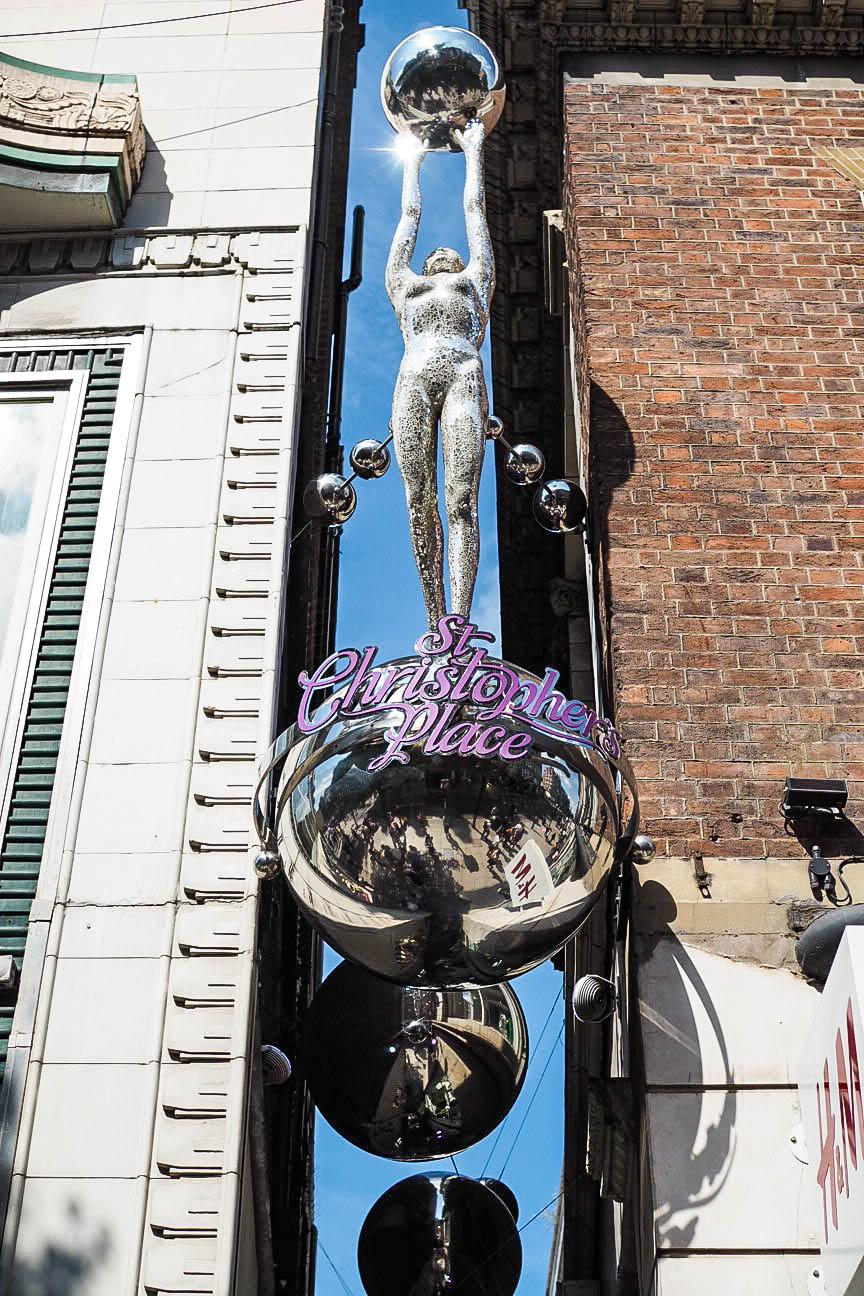 St Christopher’s Place is a blink-and-you’ll-miss-it nook, hidden down a narrow walkway off Oxford Street. There’s more of a luxury feel to the handful of stores here with Mulberry and L’Occitane being close neighbours, but we were there for coffee from Workshop to help us power through the day. Still full from brunch, we decided to pass on eating here, but I highly recommend a mezze in the sunshine at Sofra, if you’re lucky enough to bag a table! 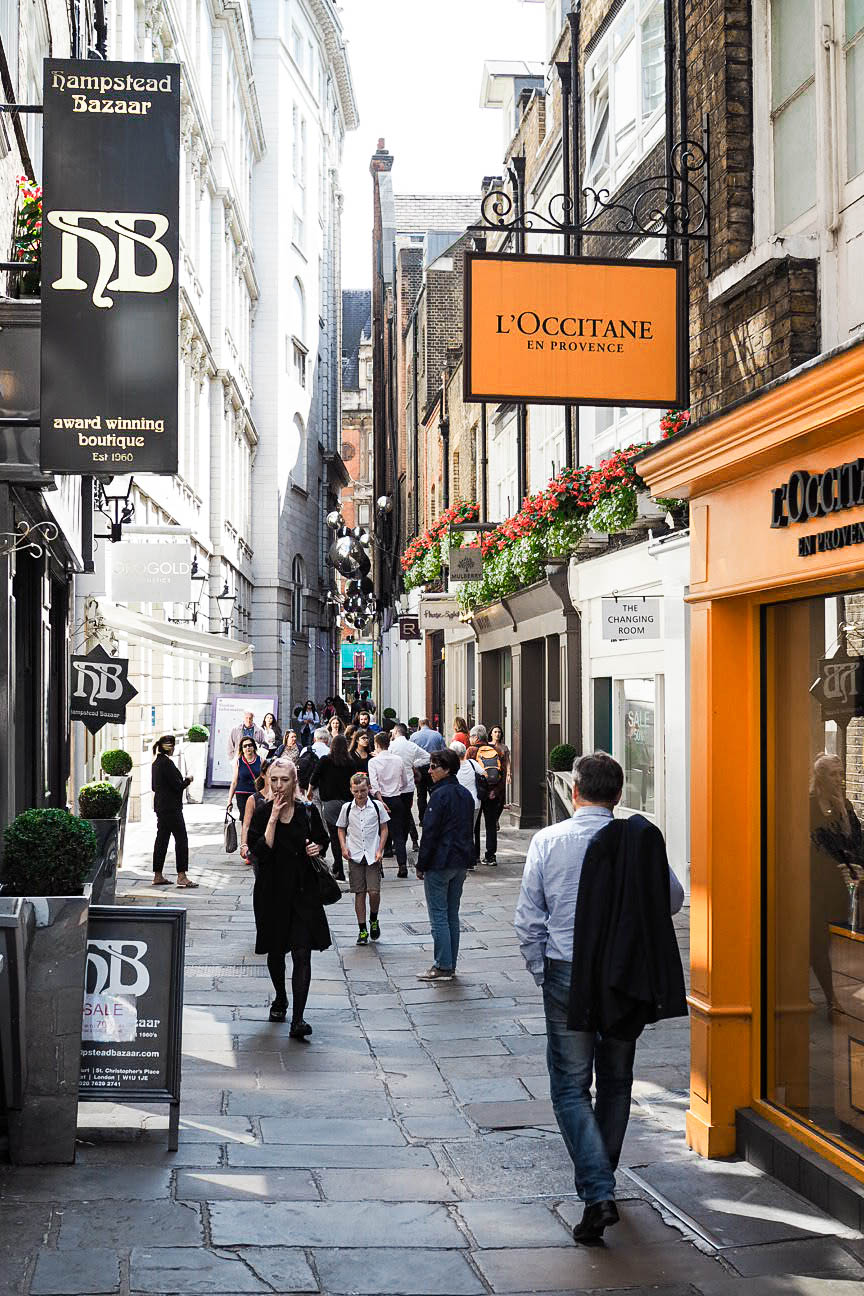 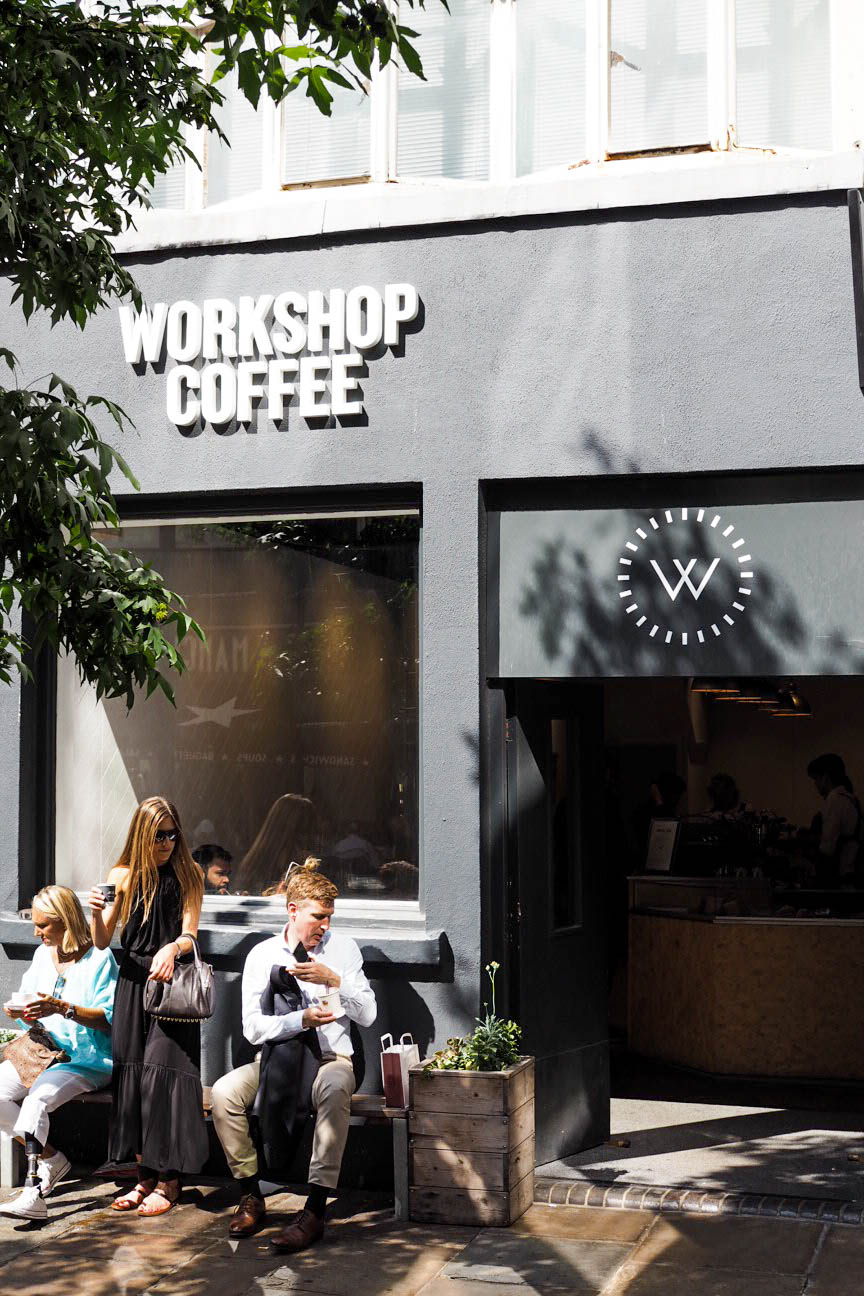 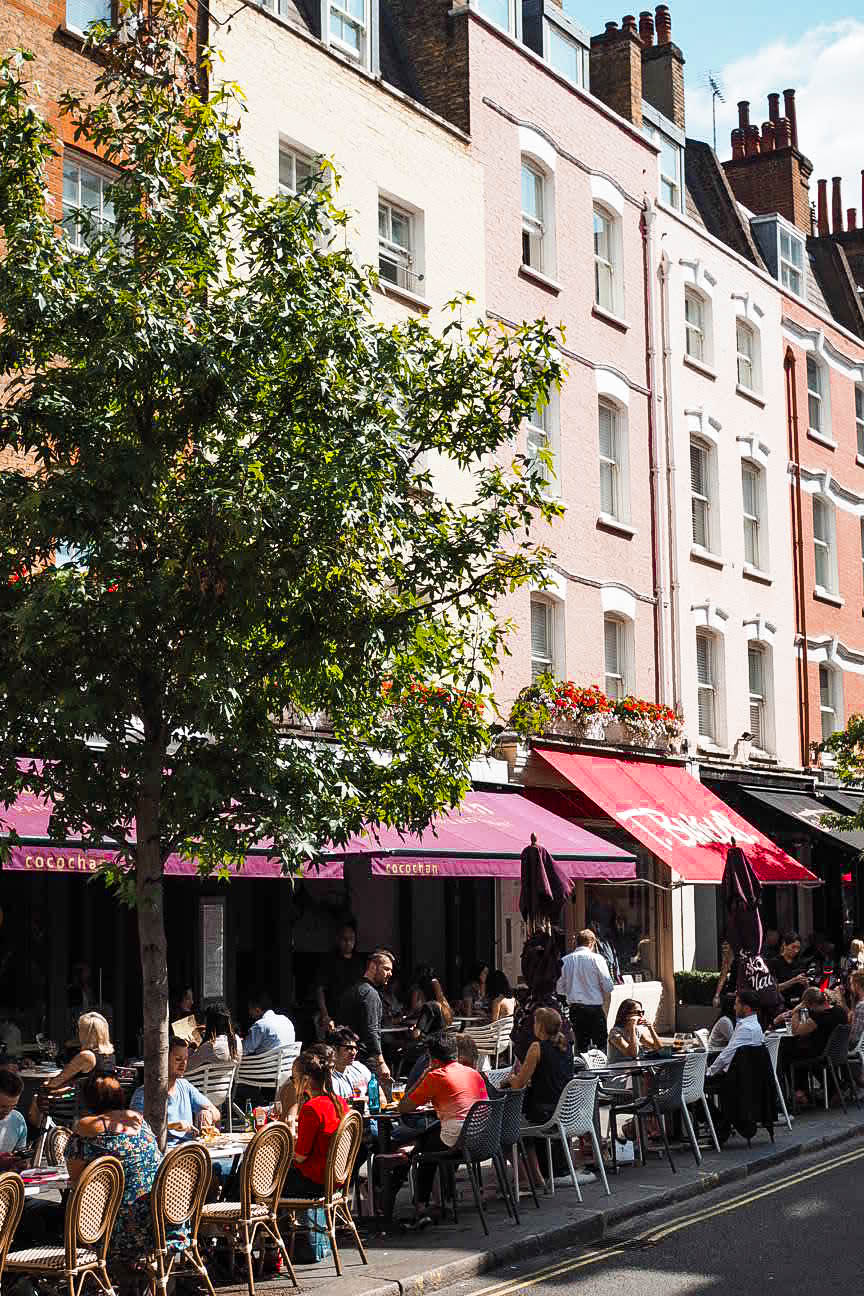 Stop Five: A sugar-fix in Soho 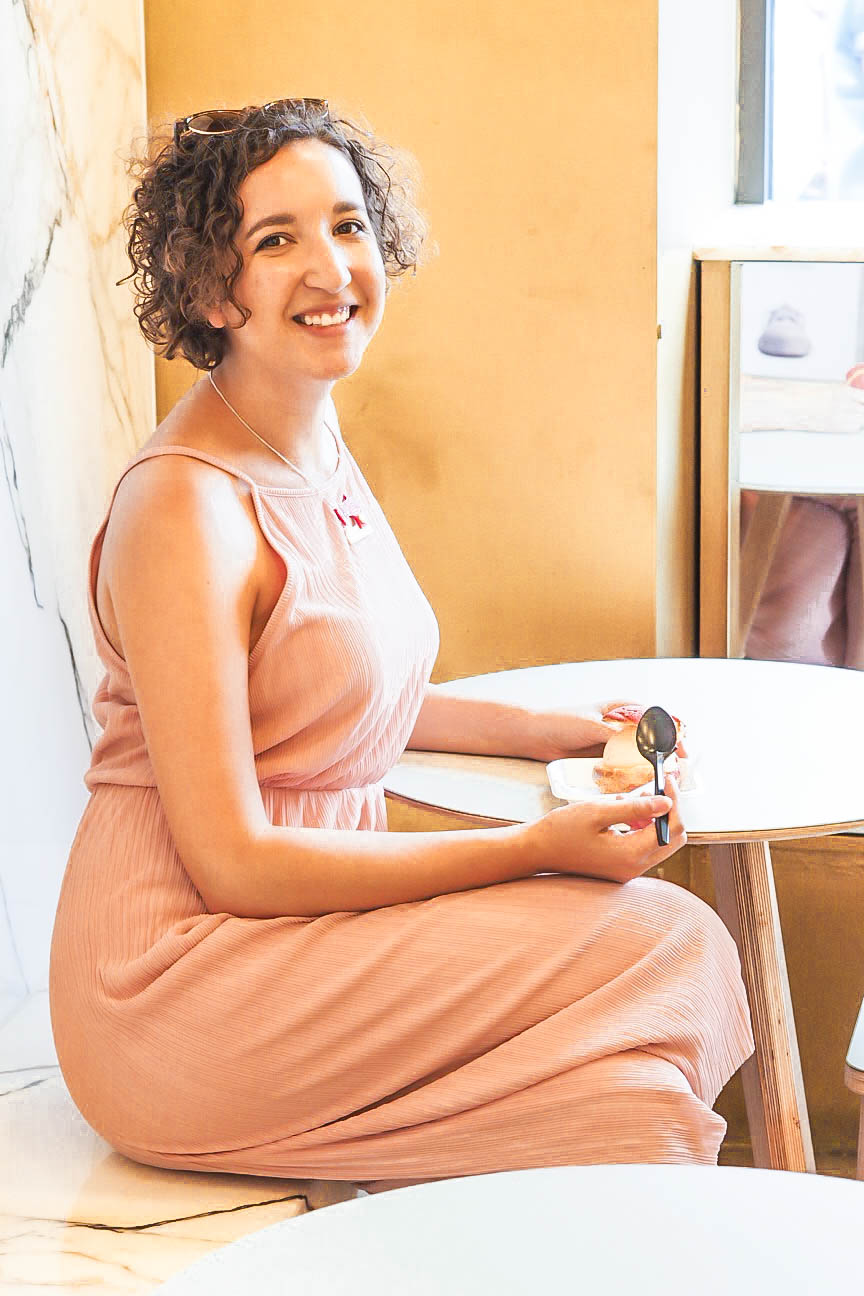 Looping around on ourselves, we cut down Poland Street and into Soho, the labyrinthine part of town that is the heartbeat of the West End. My favourite pub in all of London, The French House, is here, along with other go-to places including Milkbar coffee shop and Crosstown Doughnuts. But our sugar-fix this time came in the form of Chin Chin Dessert Club. I had a Choux-wich: a choux bun filled with raspberry and olive oil creme patissiere and a vegan grilled peach ice cream. My boyfriend had a banana jam pie with a biscuit base, topped with burnt butter caramel ice cream – brûléed before being served. We both agreed that we’d happily break up to pursue long-term relationships with our respective desserts. 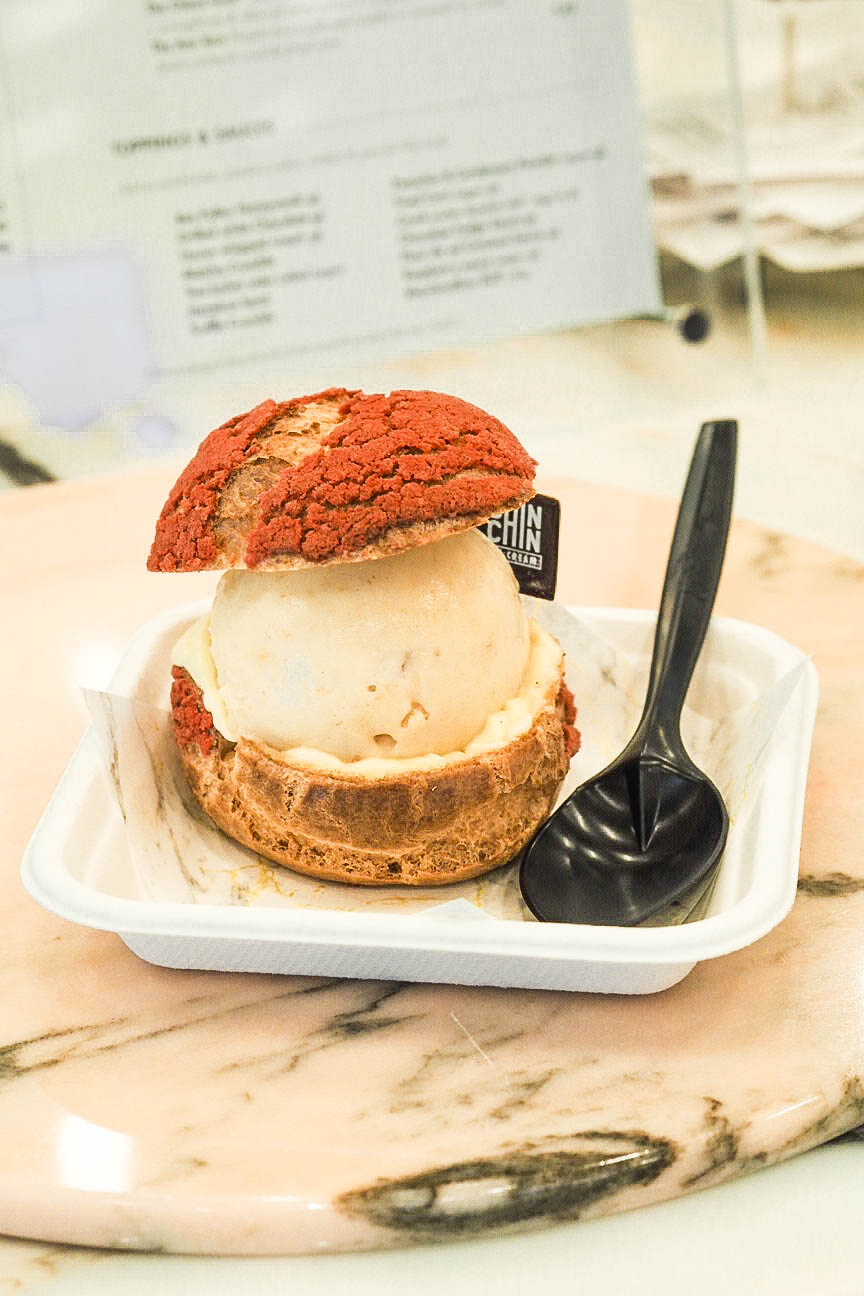 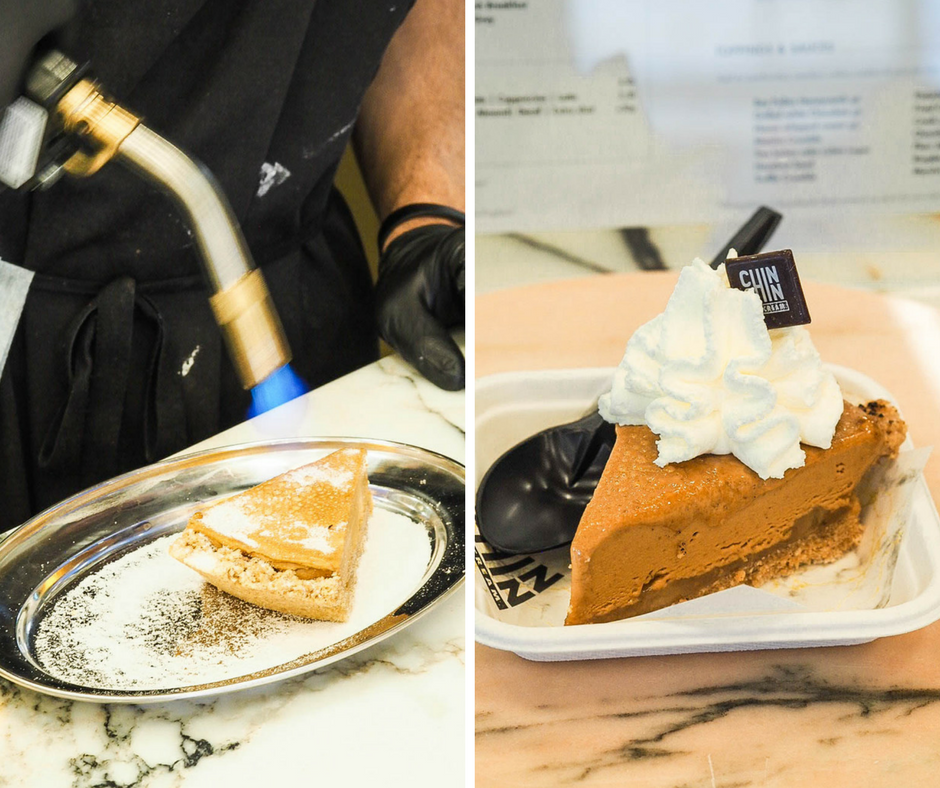 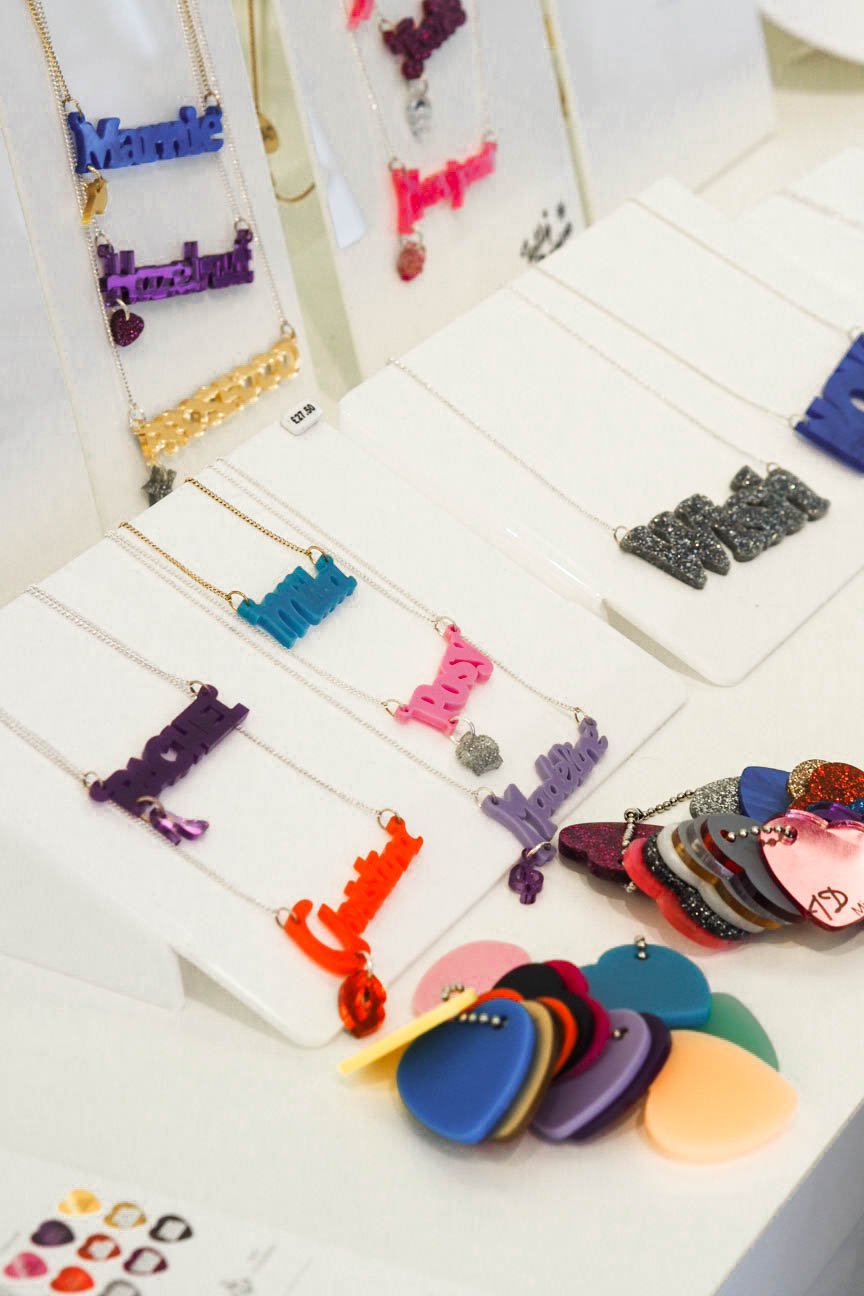 Heading south, across Shaftesbury Avenue, we made it onto wonderful Seven Dials. I truly adore this area. From the hidden rainbow buildings of Neal’s Yard, the fact that I can get the BEST macaroons from Paris at Pierre Herme, the insane steaks at Hawksmoor, the wonderful production of Matilda; really, the list just goes on and on. 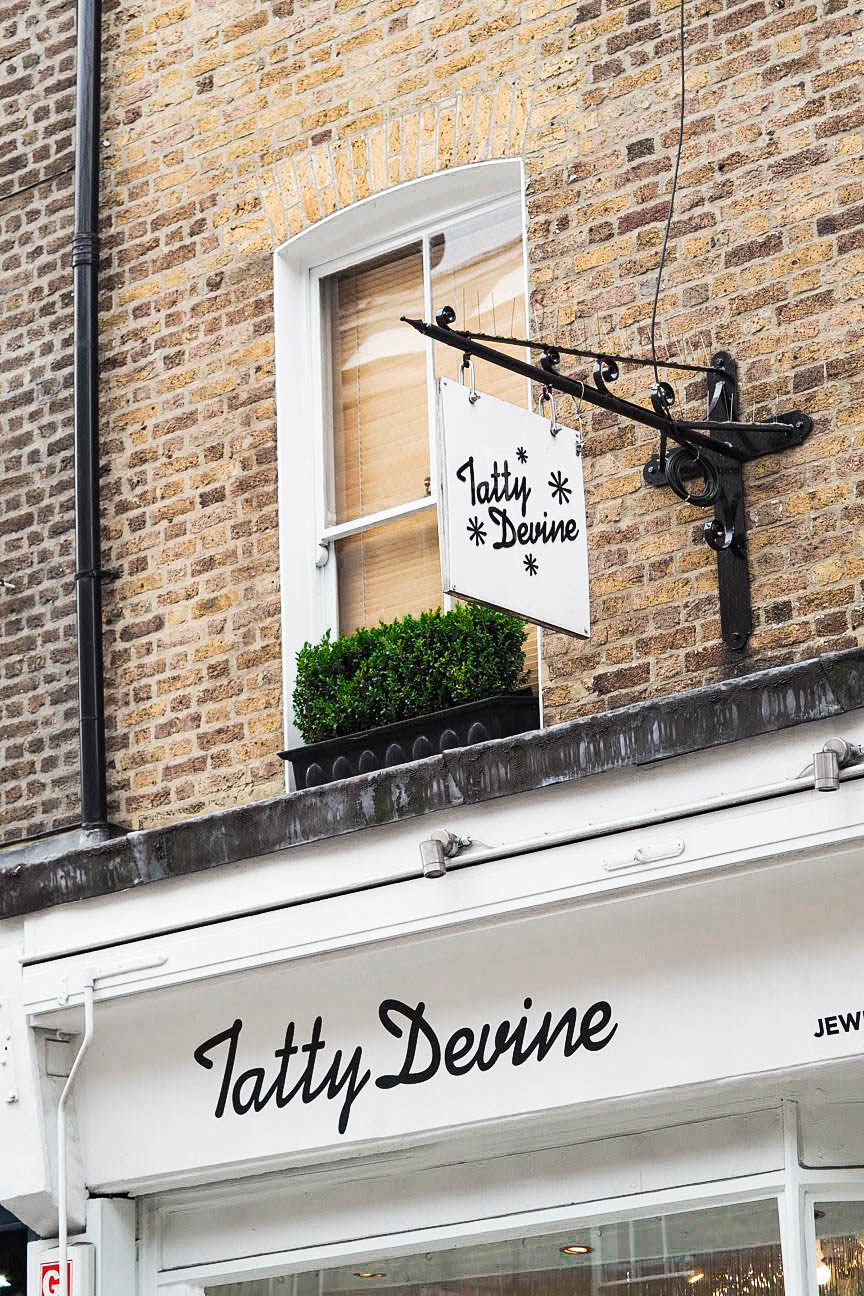 It is though, home to the insanely awesome Tatty Devine. A store I’ve loved for a decade now, and of which I’ve lost hundreds of pounds but gained oh so much joy in return. Their acrylic pieces are unique, beautifully crafted with love and precision, and guaranteed to make any outfit absolutely complete. Their name necklaces are legendary and I finally joined esteemed ownership status with a turquoise creation with my blog name on it*. I don’t think I’ve ever loved a piece of jewellery so much in my entire life. 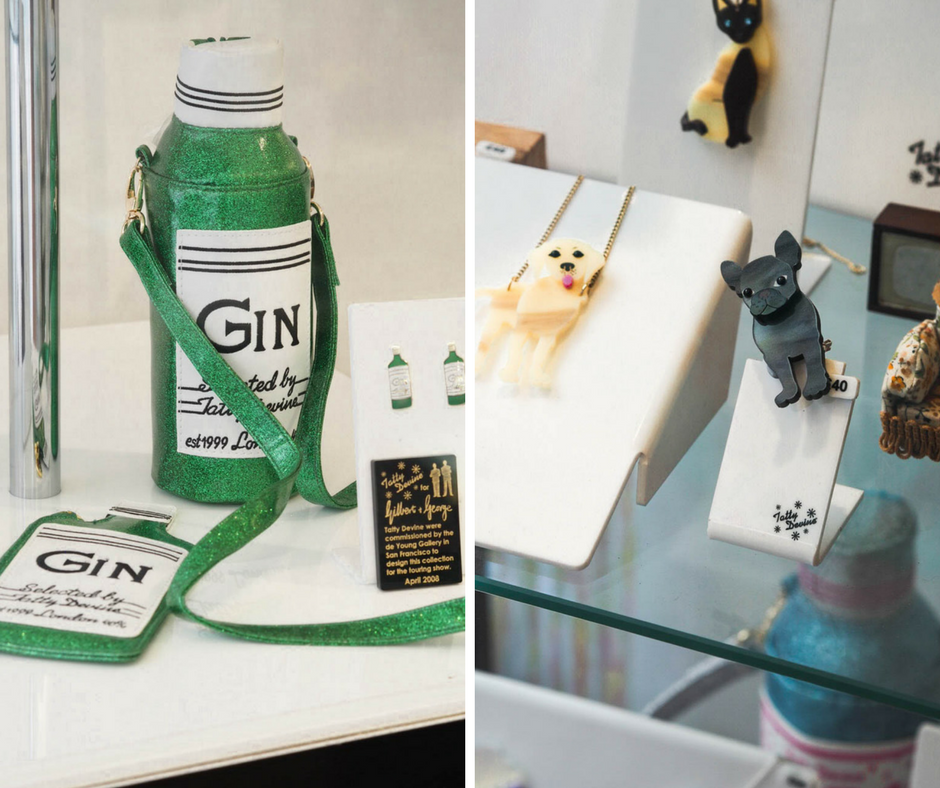 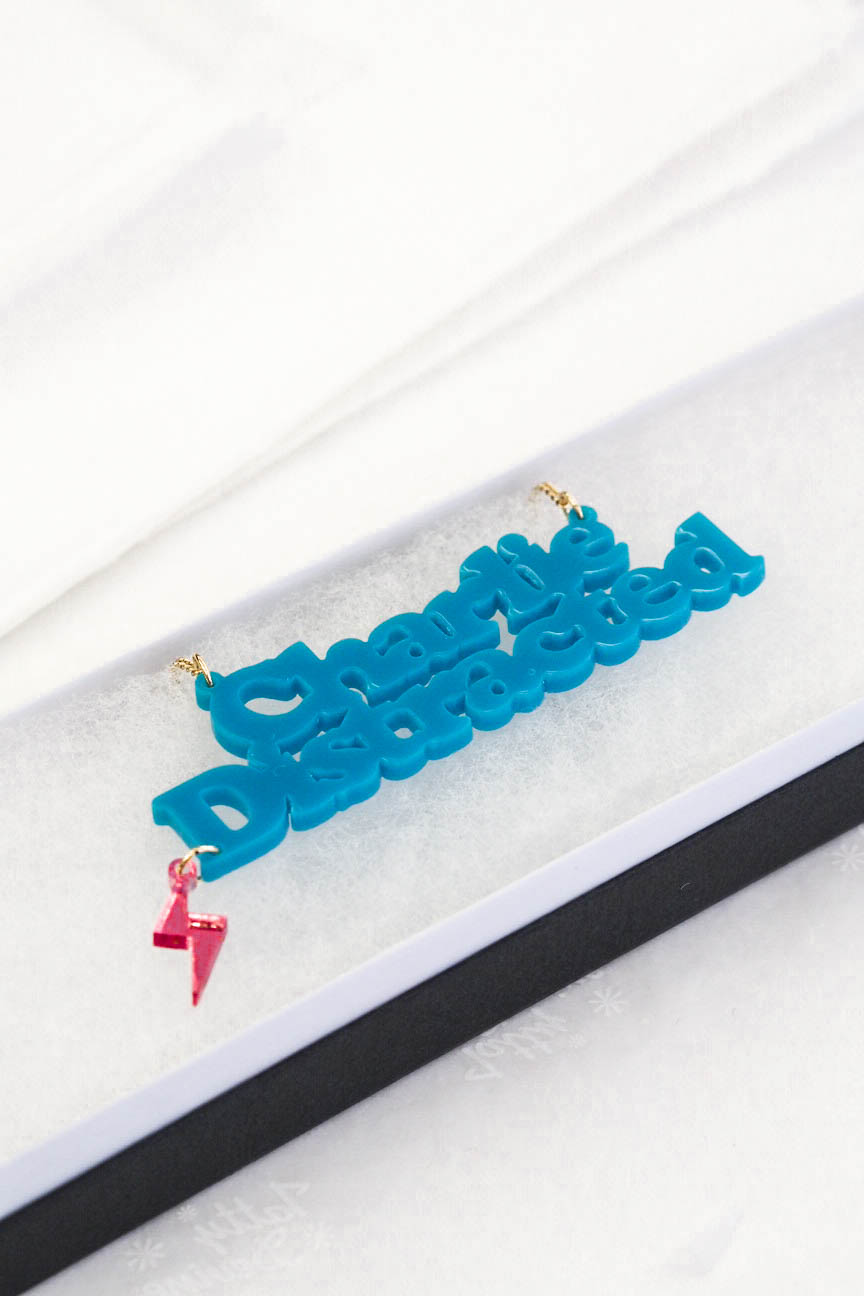 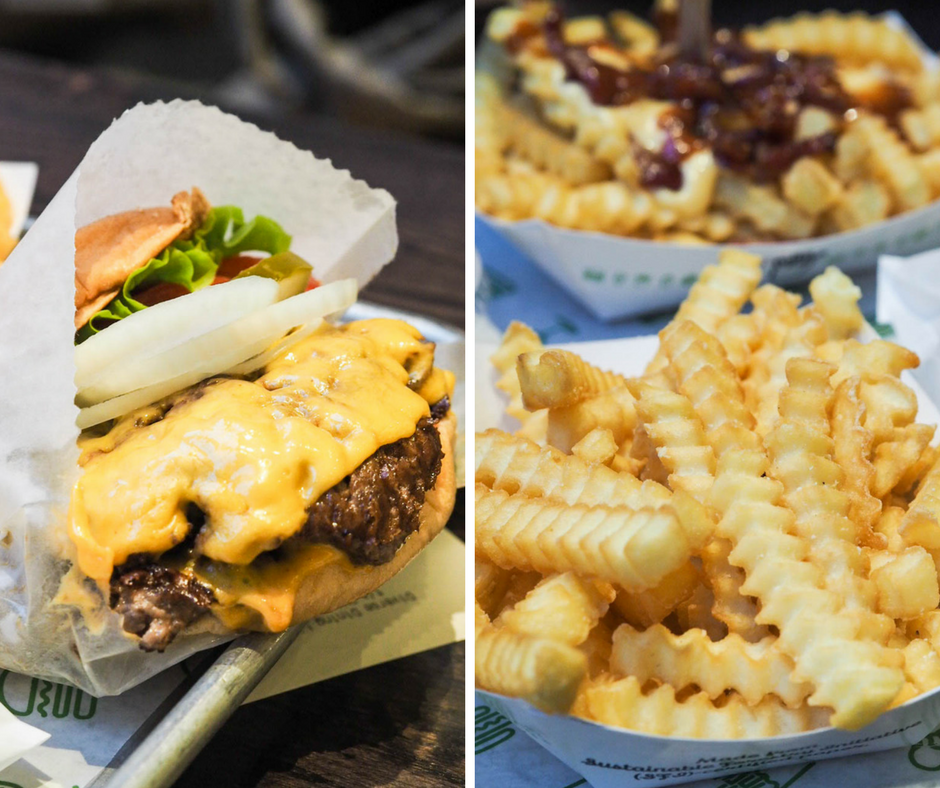 Our day hardly scratched the surface of what the West End has to offer. We didn’t make it down South Molton Street and into Mayfair to see where Jimi Hendrix once lived, or into Sister Ray vinyl in Soho to pick up some records. We missed pineapple buns and dim sum in Chinatown and the opulence of walking through Burlington Arcade. But we did make it to Shake Shack for a pretty epic and much-needed burger, and I’ll just have to keep making time to show London some love and return back to the West End sans earphones and with an open mind instead.

What I wore in the West End

I was a guest of Visit London and some parts of my day were complimentary but have been included honestly and as ever, all opinions are my own!