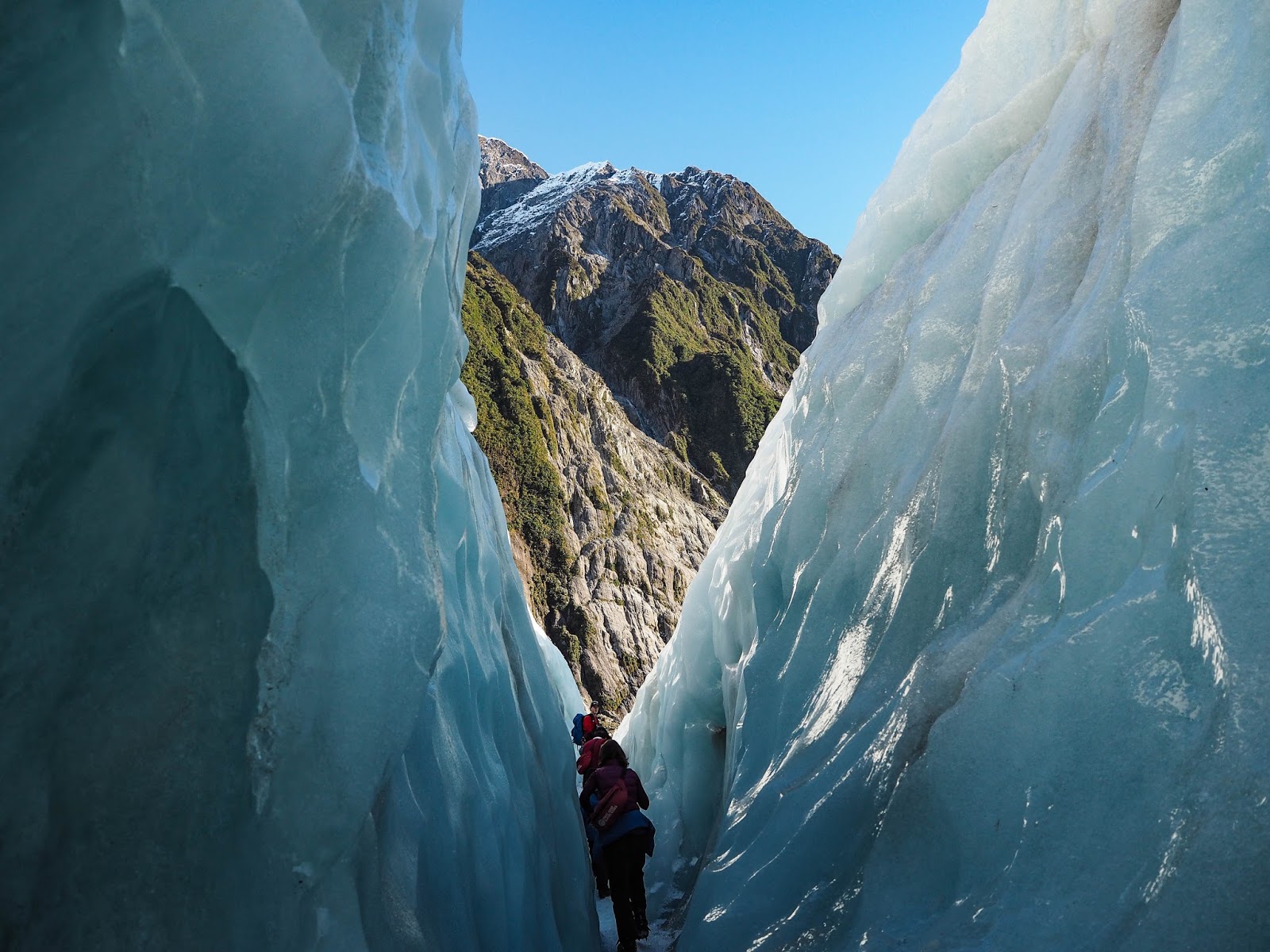 There’s something beautiful about seeing mountains in winter, when the snow is fresh and thick, the skies are blue but the air has a bite. The cold seasons in New Zealand, and especially on the South Island, transform the rolling green landscapes we all know from those films into icing sugar-dusted peaks instead. I was told that 60% of hikes going up onto Franz Josef Glacier are cancelled due to poor weather, so as we drove to the area, my eyes were firmly on the skies. 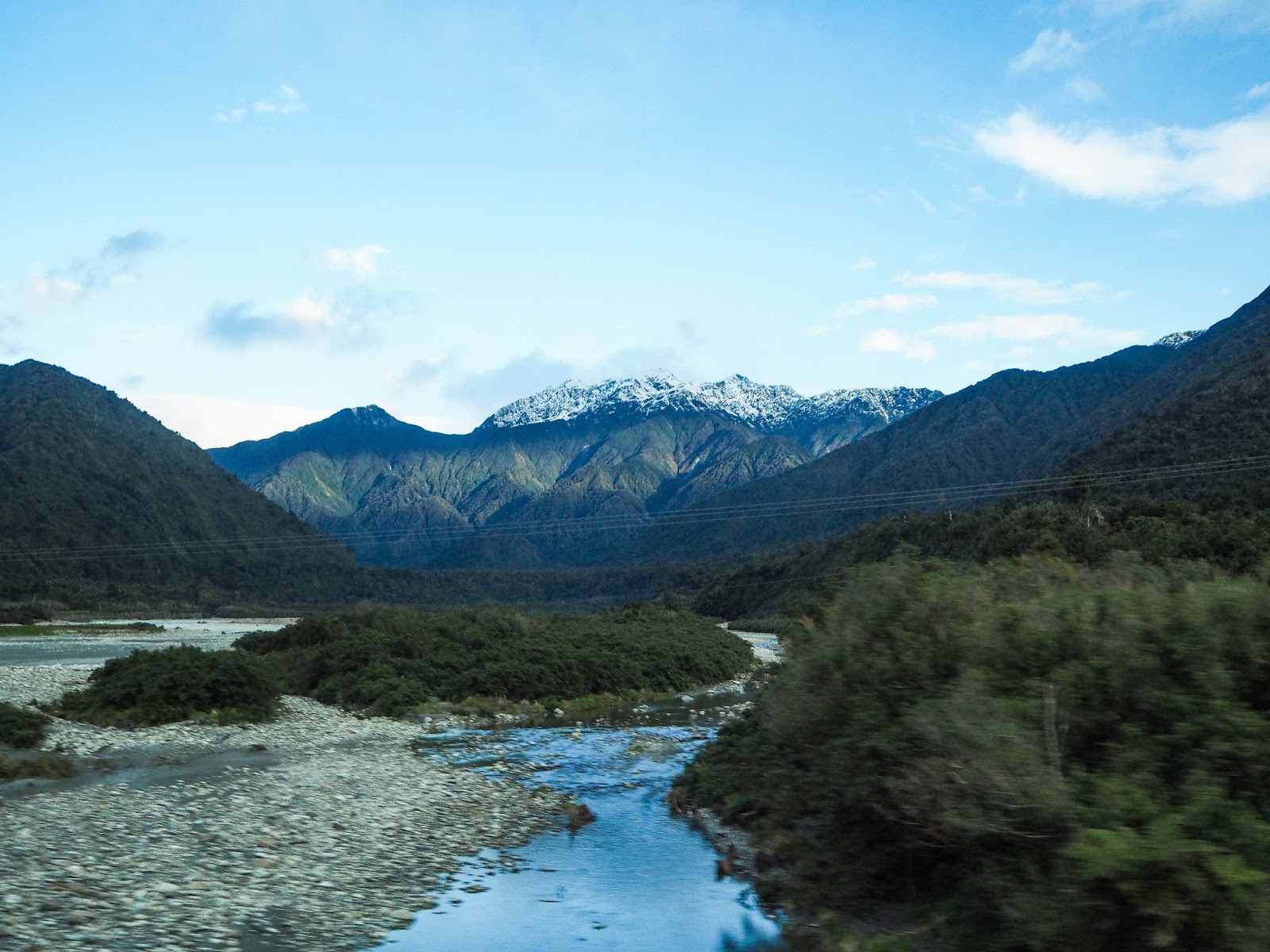 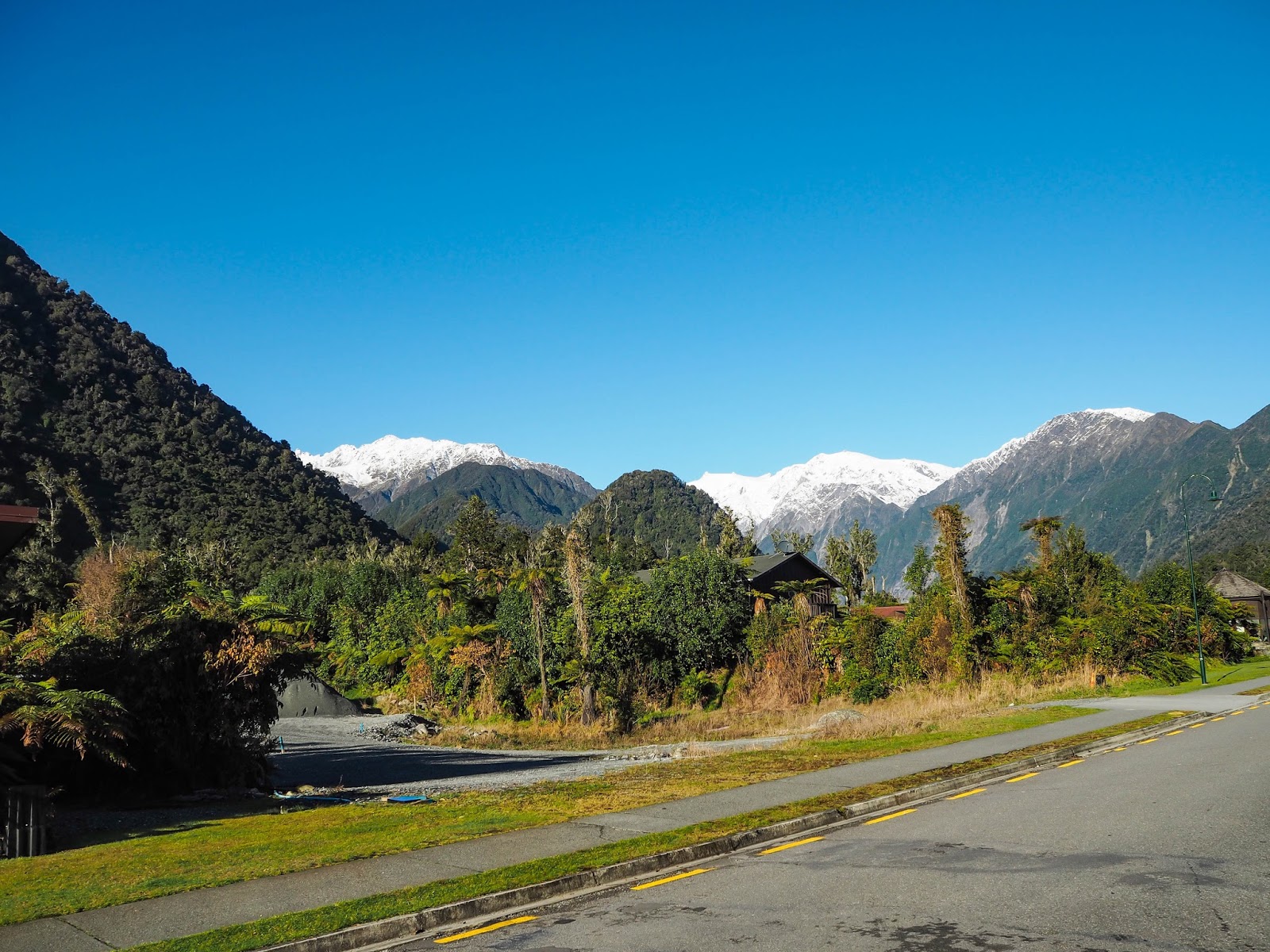 After a night in a rather rowdy hostel (but in a small dorm with people I knew and our own bathroom, hallelujah!), we took a short stroll to the glacier visitor centre to find out if the weather was behaving, and when we got the all-clear, headed in further to get kitted up. I was terrified of being freezing bloody cold, so I was wearing pretty much every item of clothing I had with me, and then added the weatherproof layers and tough boots the glacier team gave me too. 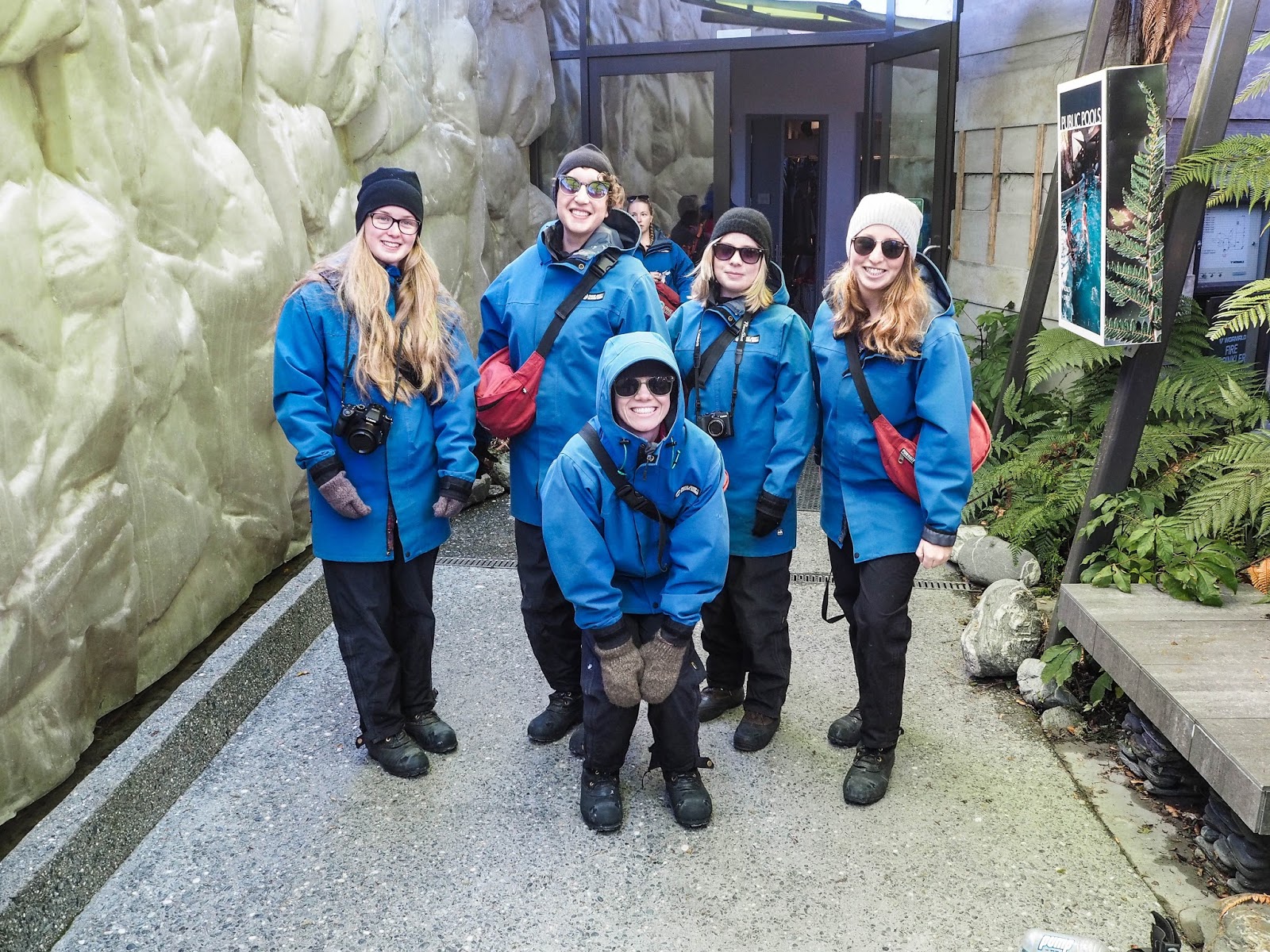 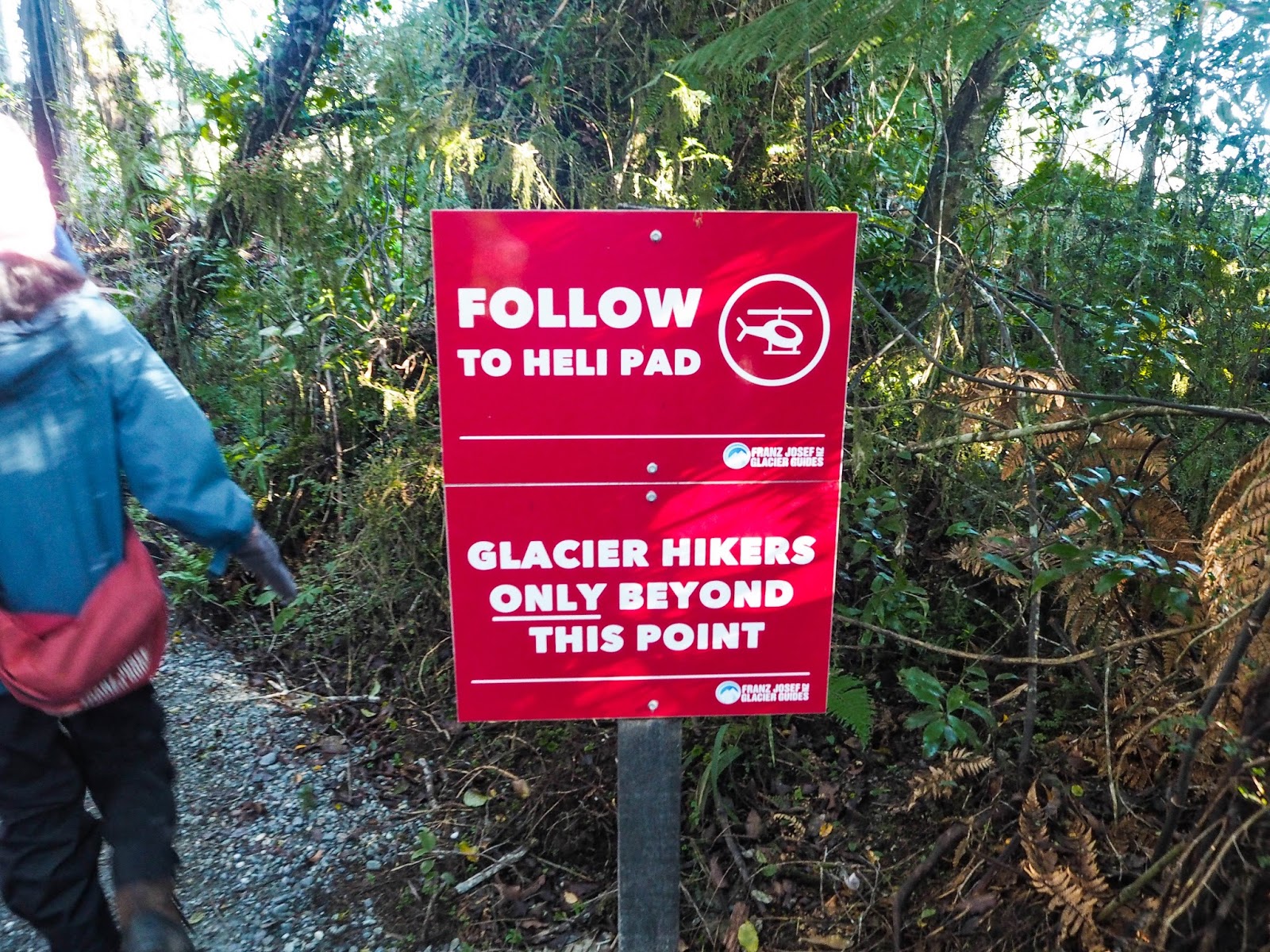 Camera in a safe bag and sunglasses on to avoid snow glare, we walked to the helipad. I’d never been in a helicopter before and as we defied gravity and lifted up, up, up, I squealed and then pressed my face up to the glass. In less than 10 minutes, we landed, ran over to our guide and shielded our faces from the blast of snow as the helicopter lifted up and left us on the glacier. 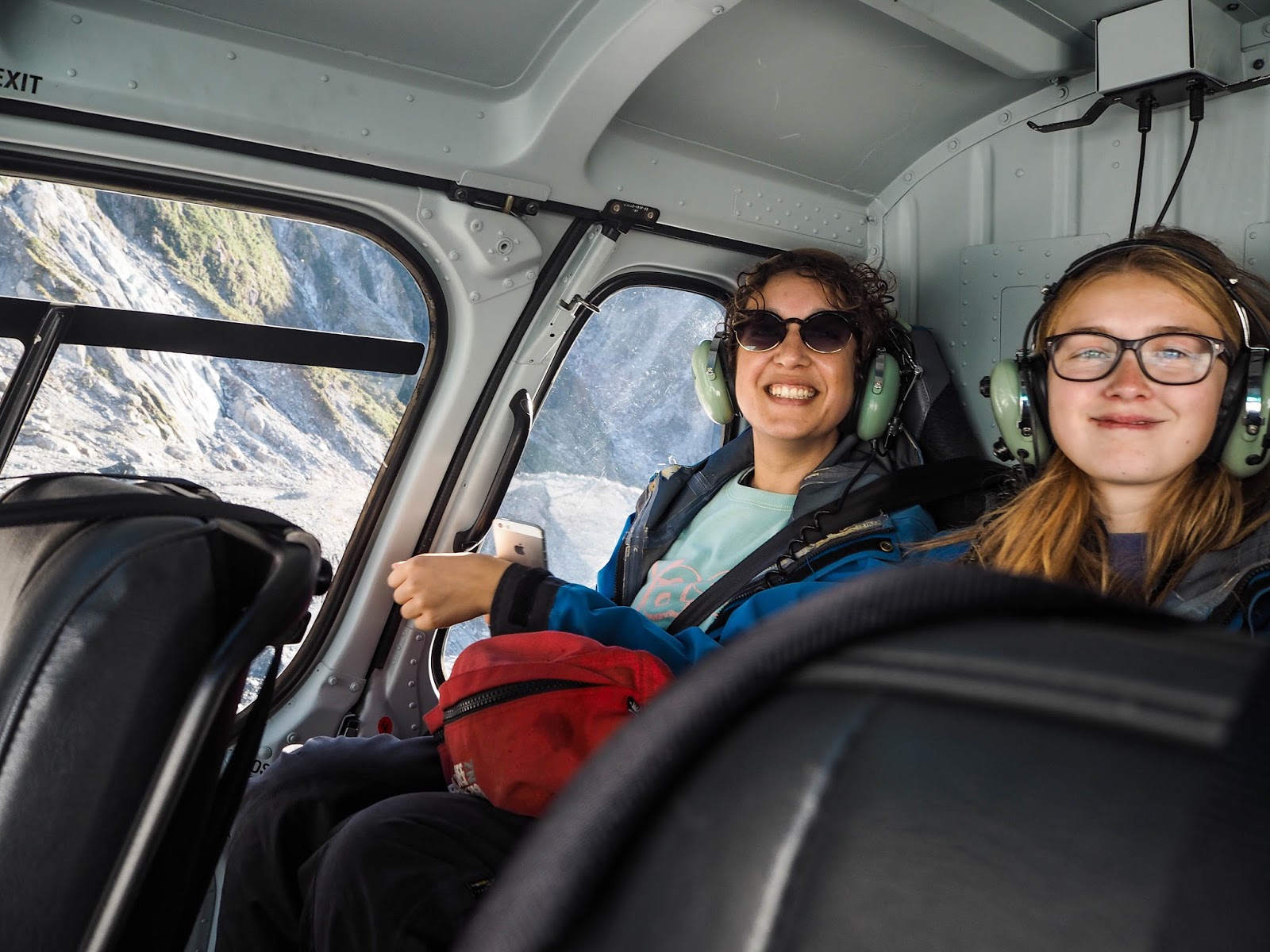 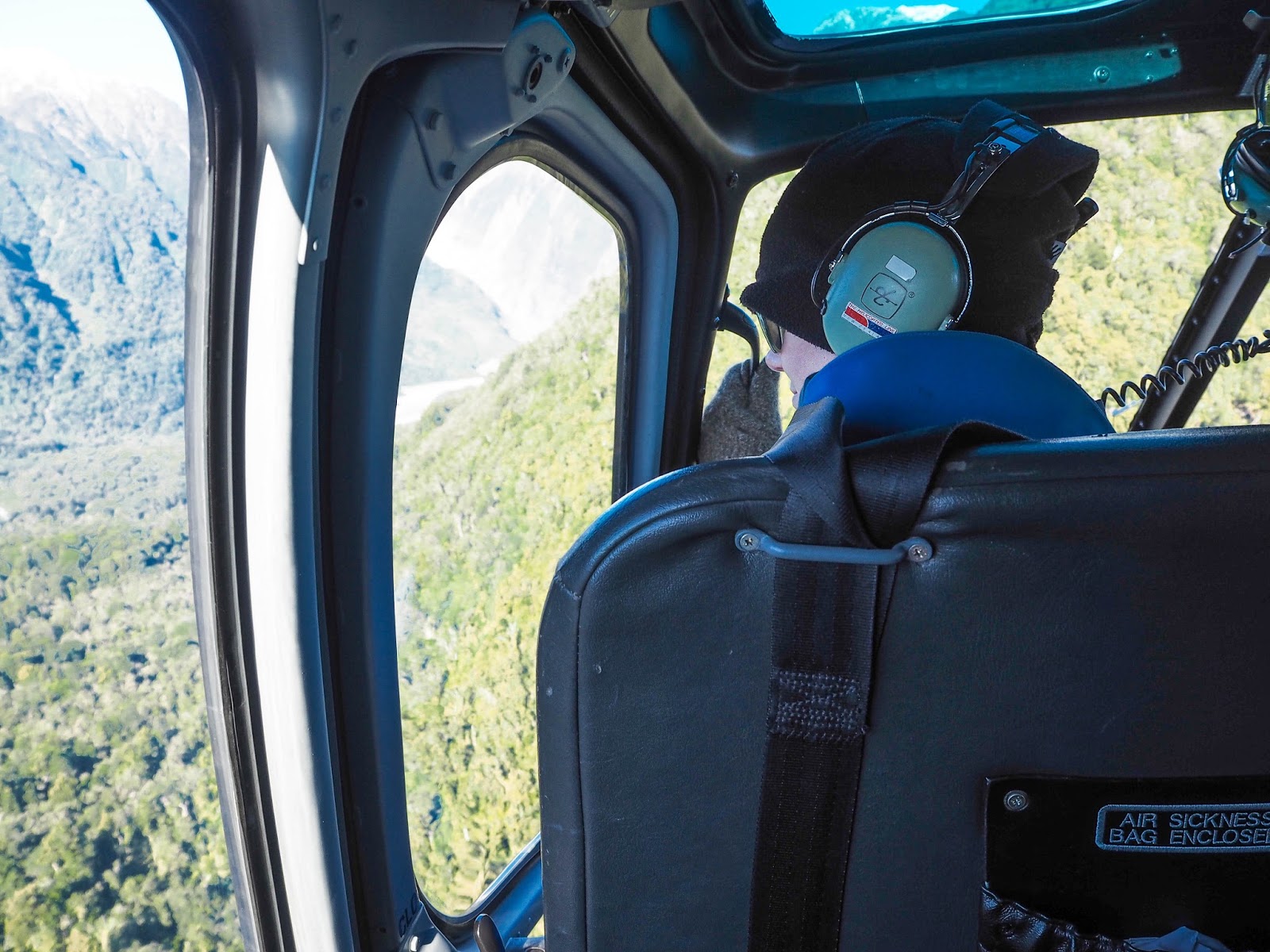 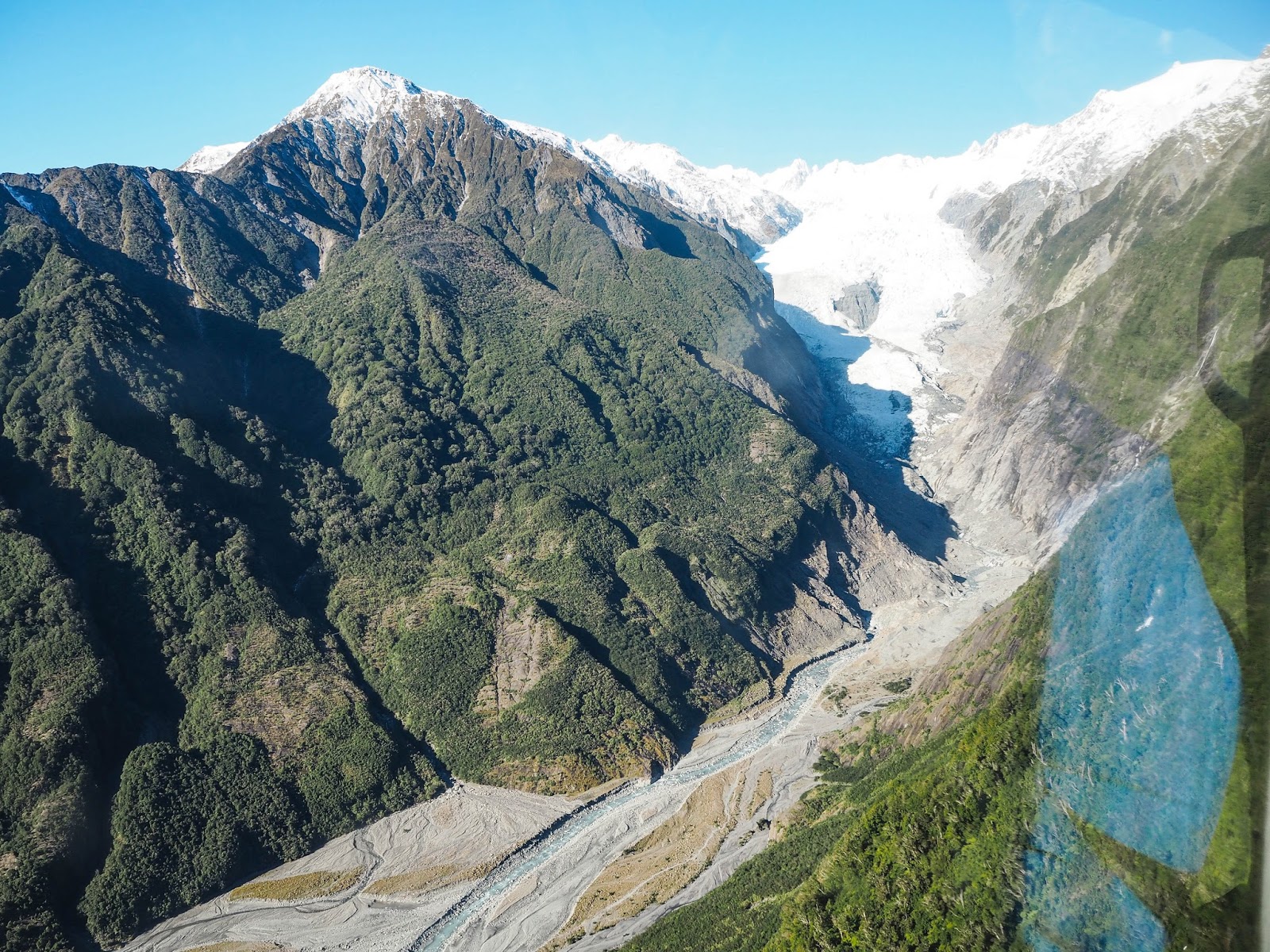 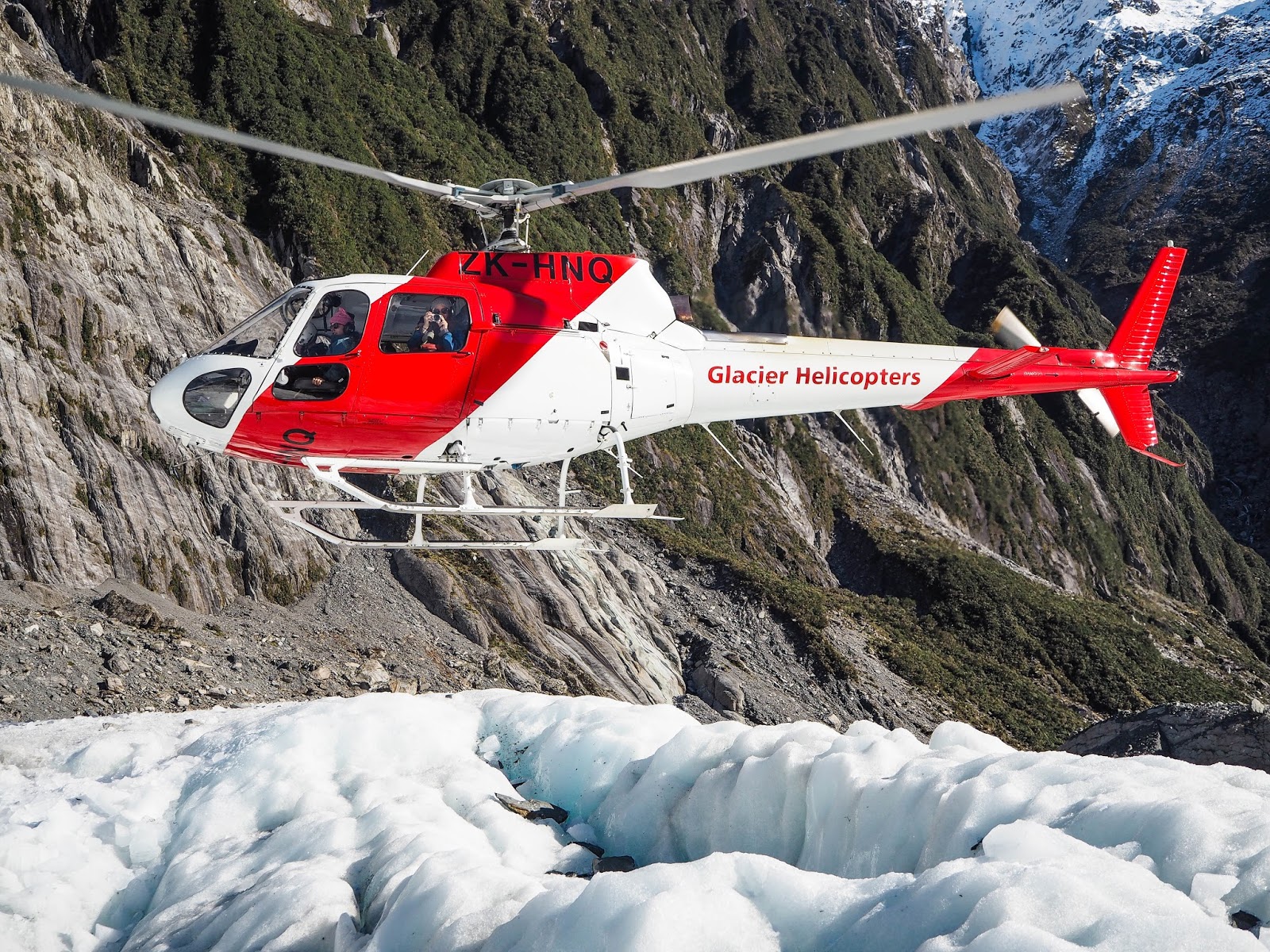 I strapped on a pair of crampons, which are essentially big ol’ spikes for your feet, and we were taught how to walk in them. The main tip was to just commit to your footing and use your walking pole as a third leg. The one person in our group who really struggled was essentially tip-toeing, so the spikes wouldn’t dig into the ice and she was slipping all over the place. I left her behind with someone more patient, because honestly? I had a glacier to see and if you can’t take directions for your own safety then bye, Felicia. 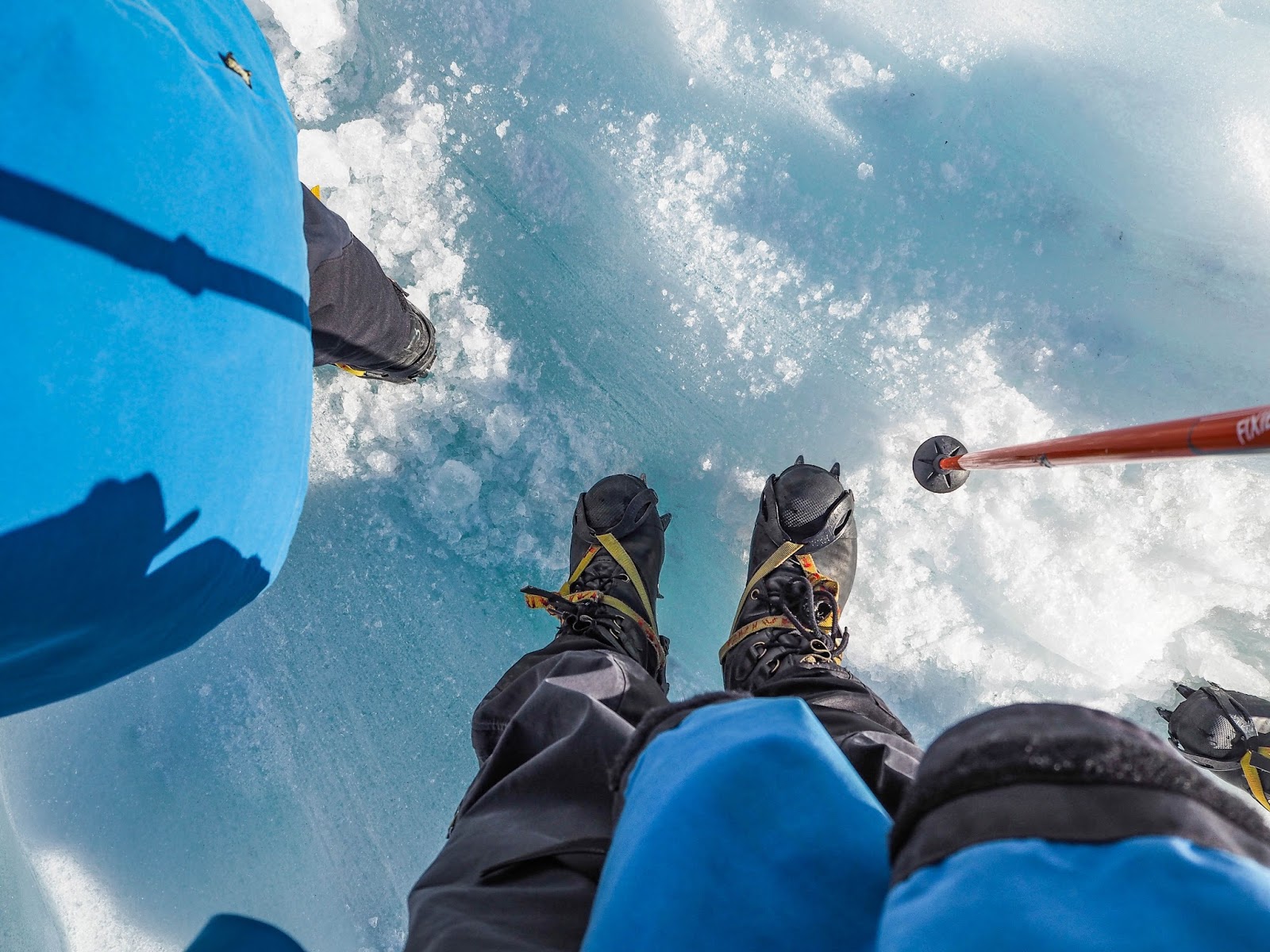 The hike was hard work. I’ve never worn crampons before, and in the sunshine it turns out that I was wearing far too many layers. We squeezed through crevasses so tight that I was shuffling with one foot permanently in front of the other. It’s a little unnerving having vast, towering walls of ice on either side of you, and it was strangely clear, the water obviously being completely pure. 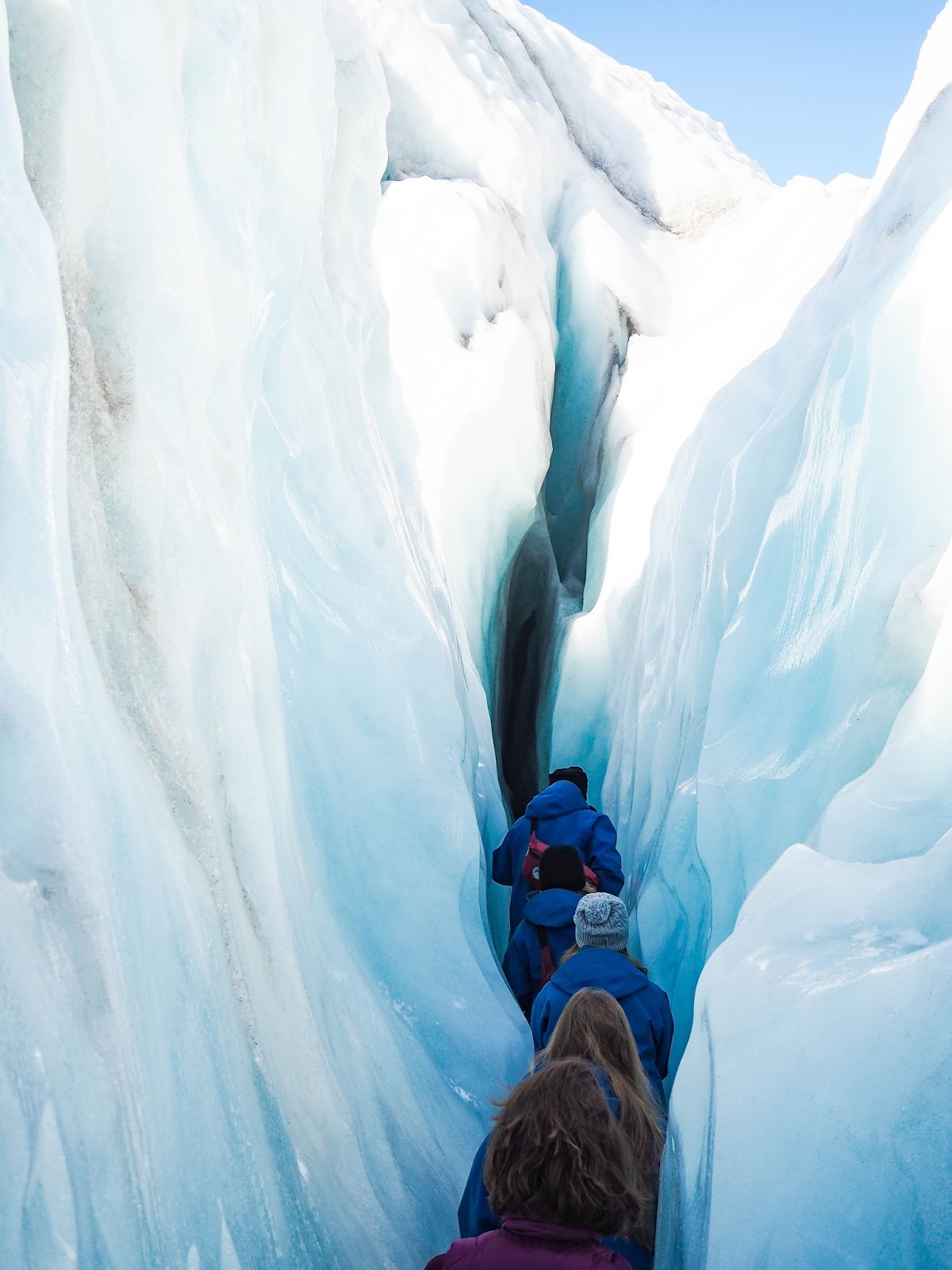 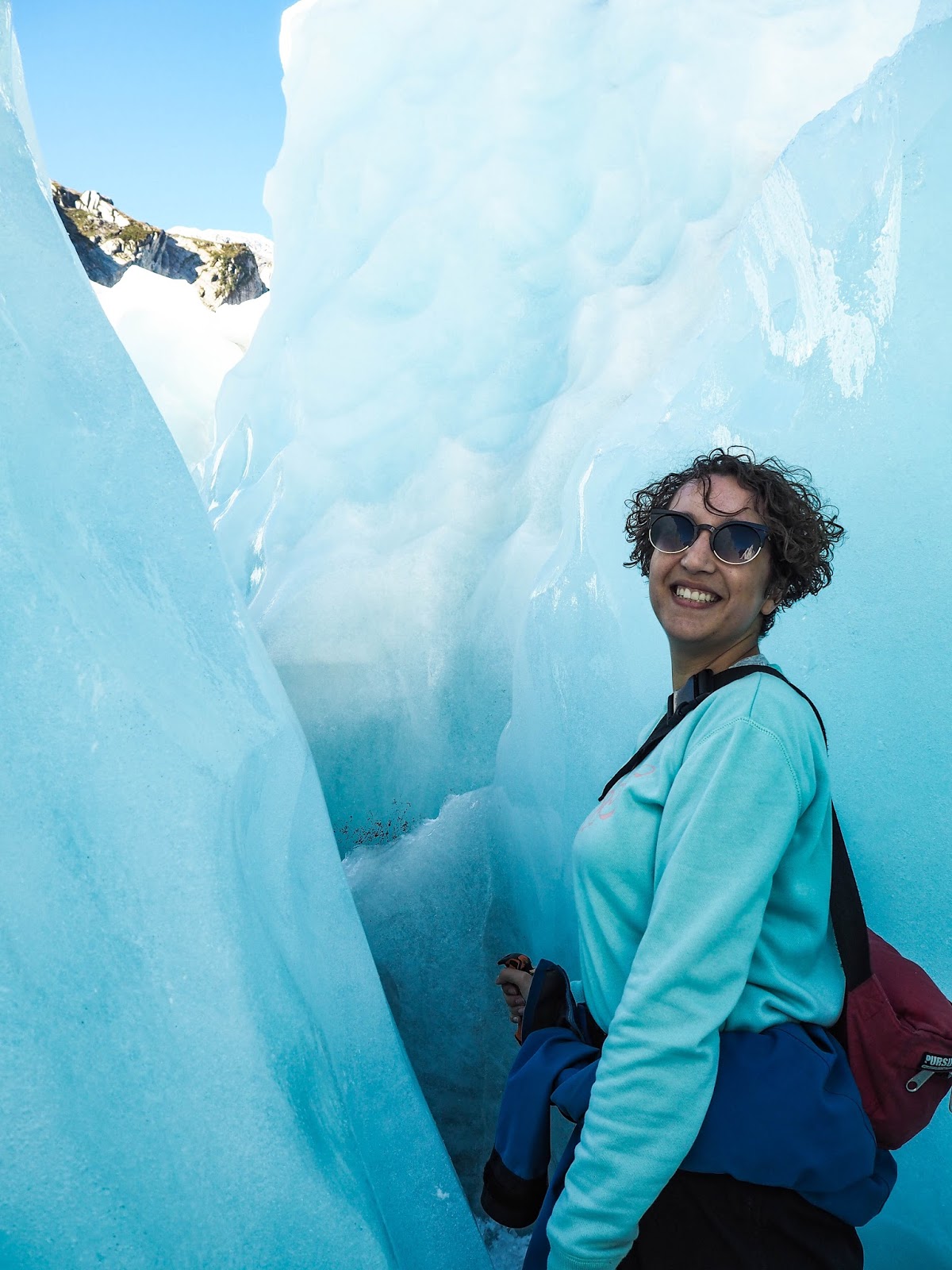 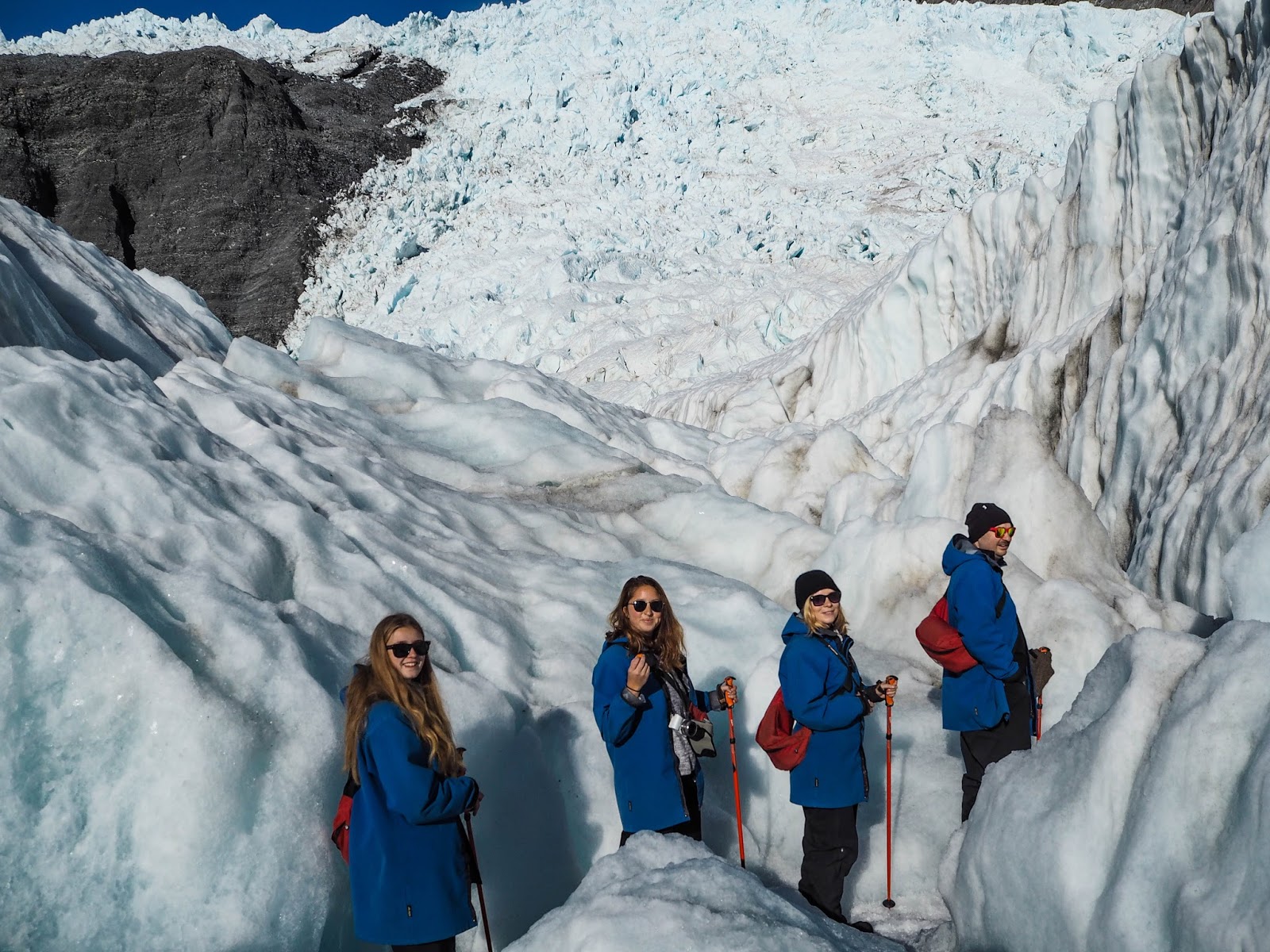 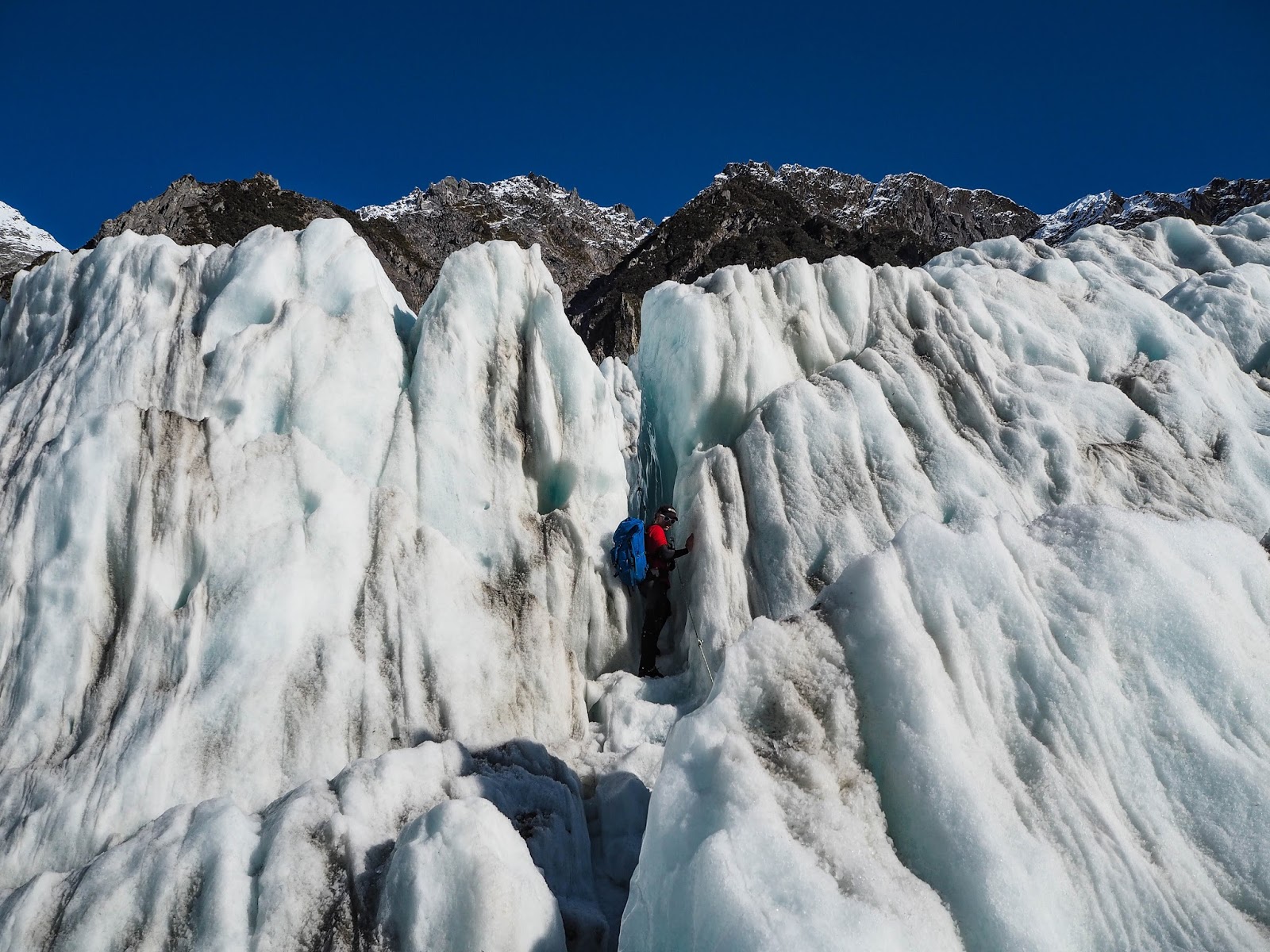 Out of the crevasses, the views were spectacular. The glacier is 12km long and obviously moving incredibly slowly *insert Devil Wear Prada quote here*, so occasionally we would hear a painful creak, or a rumble of thunder as rocks and ice crashed down nearby. But we could also just see untainted white snow and ice until your eyes were directed up where the glacier meets the surrounding mountains. 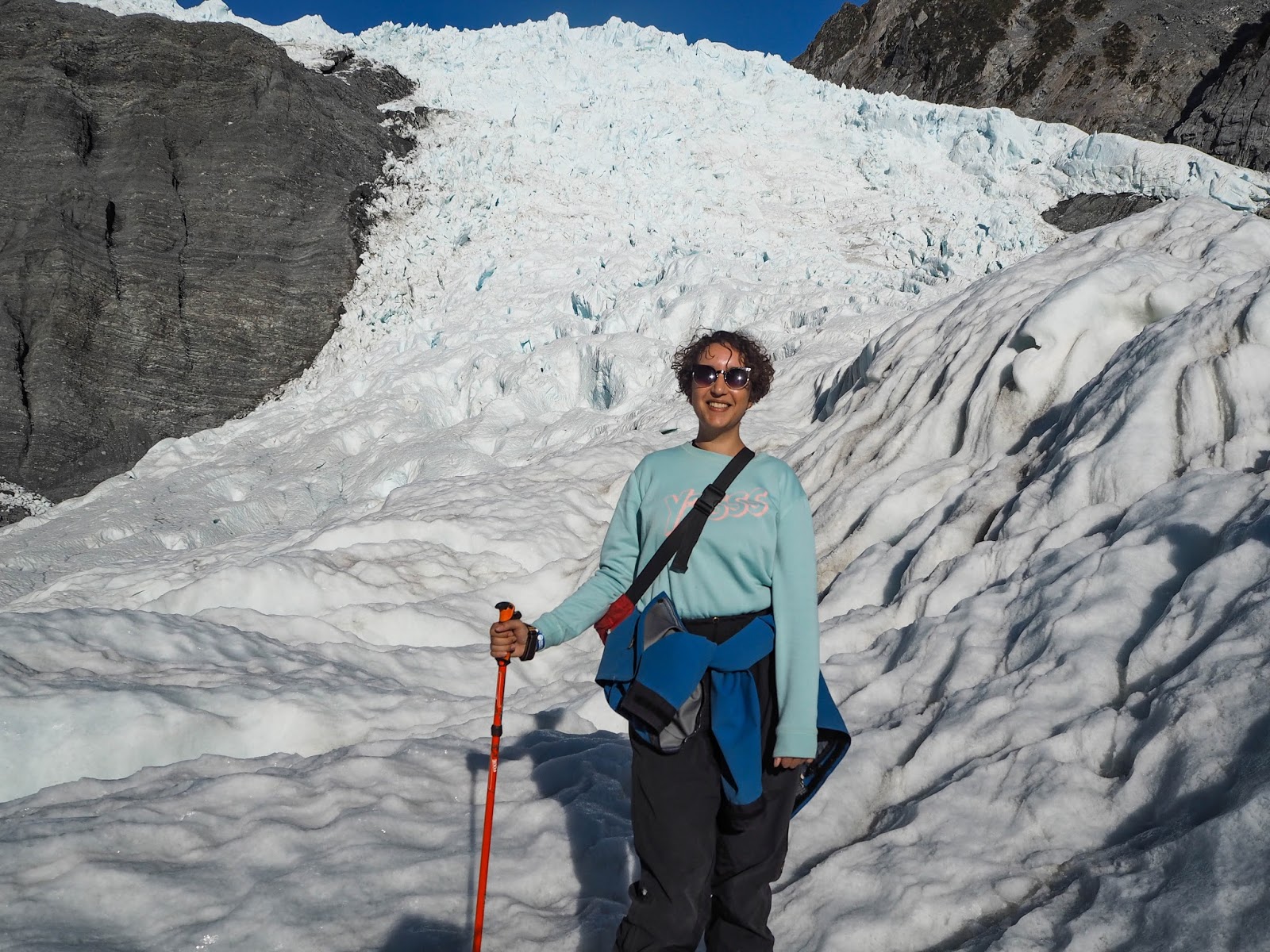 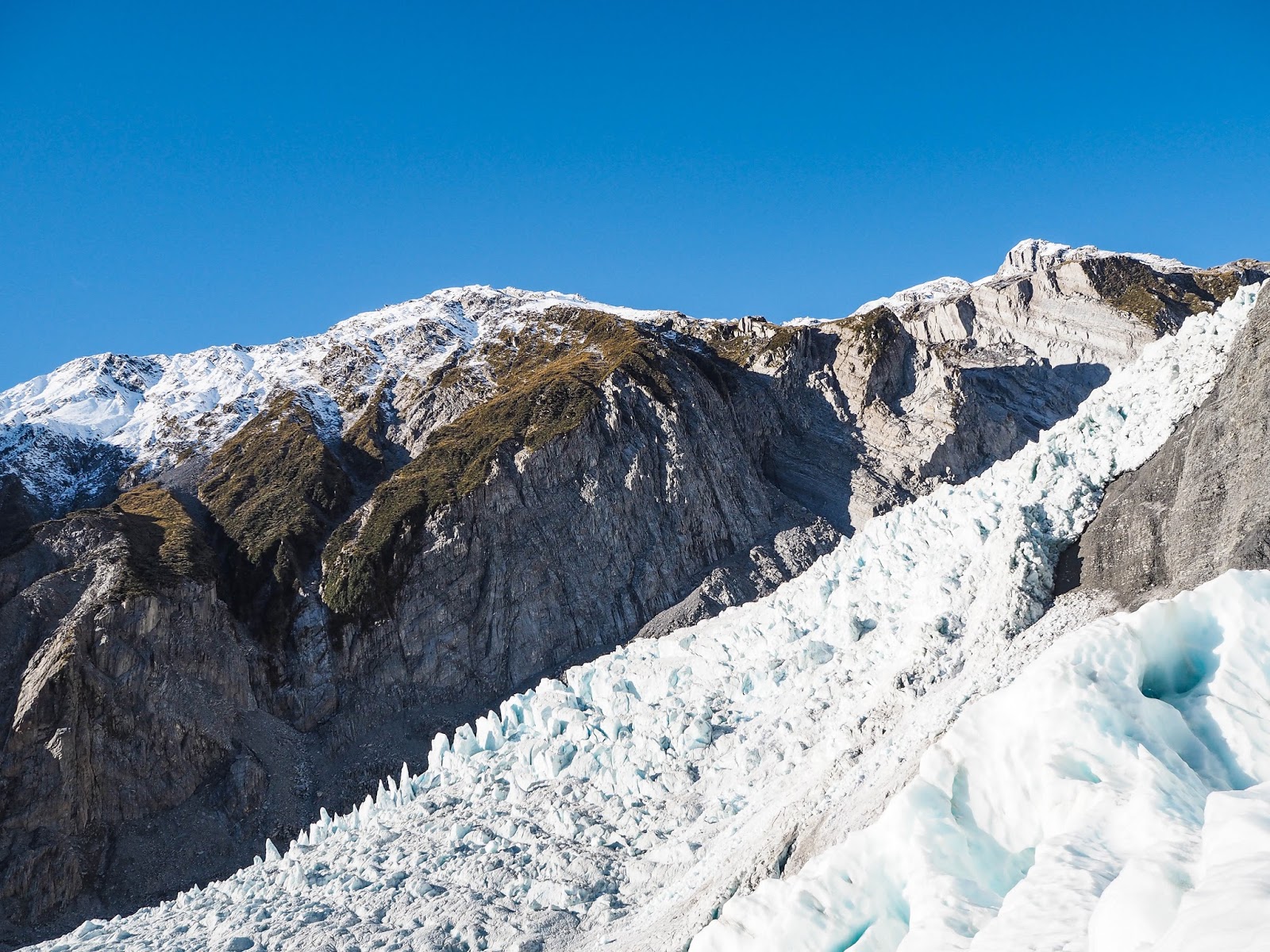 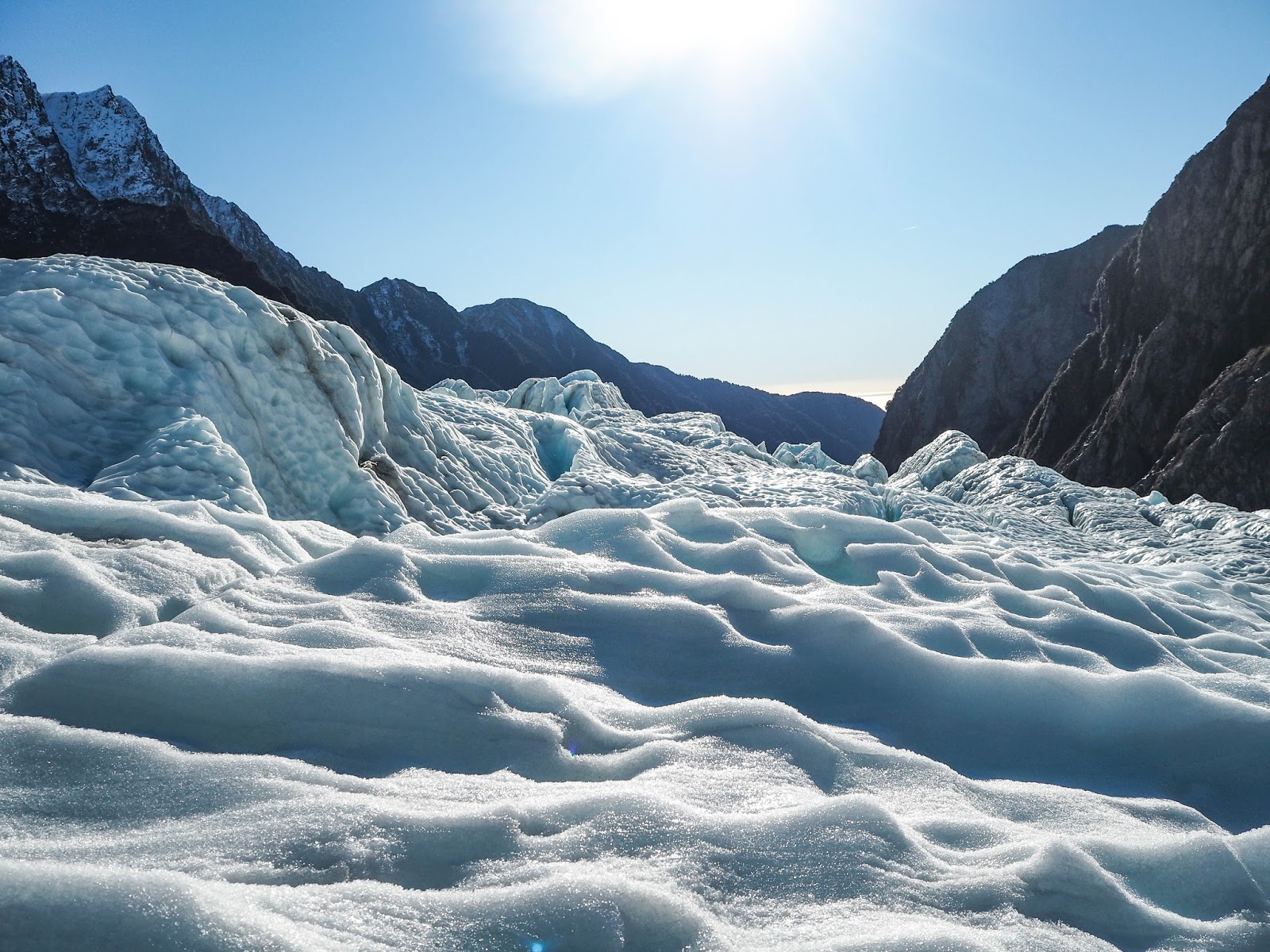 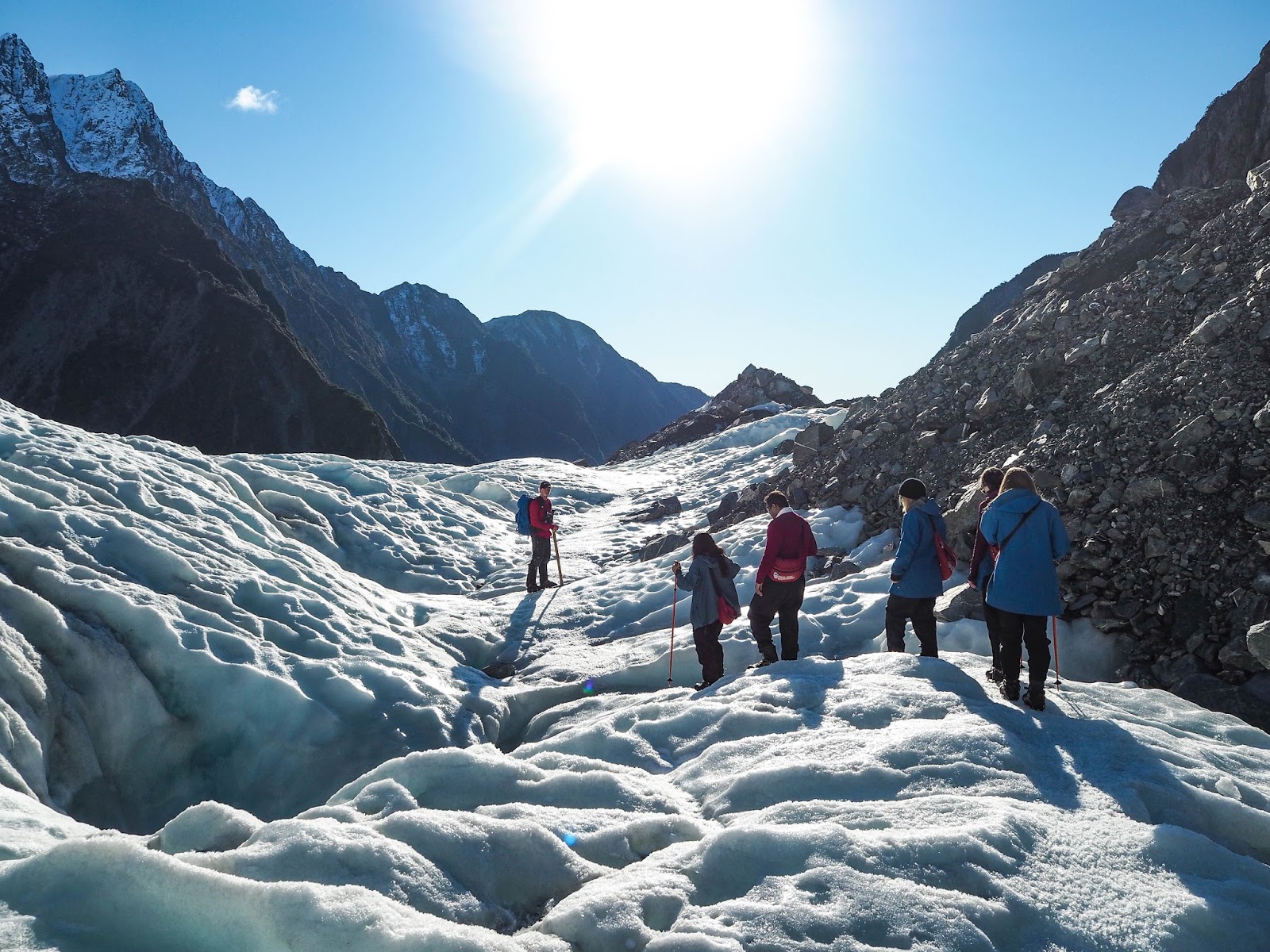 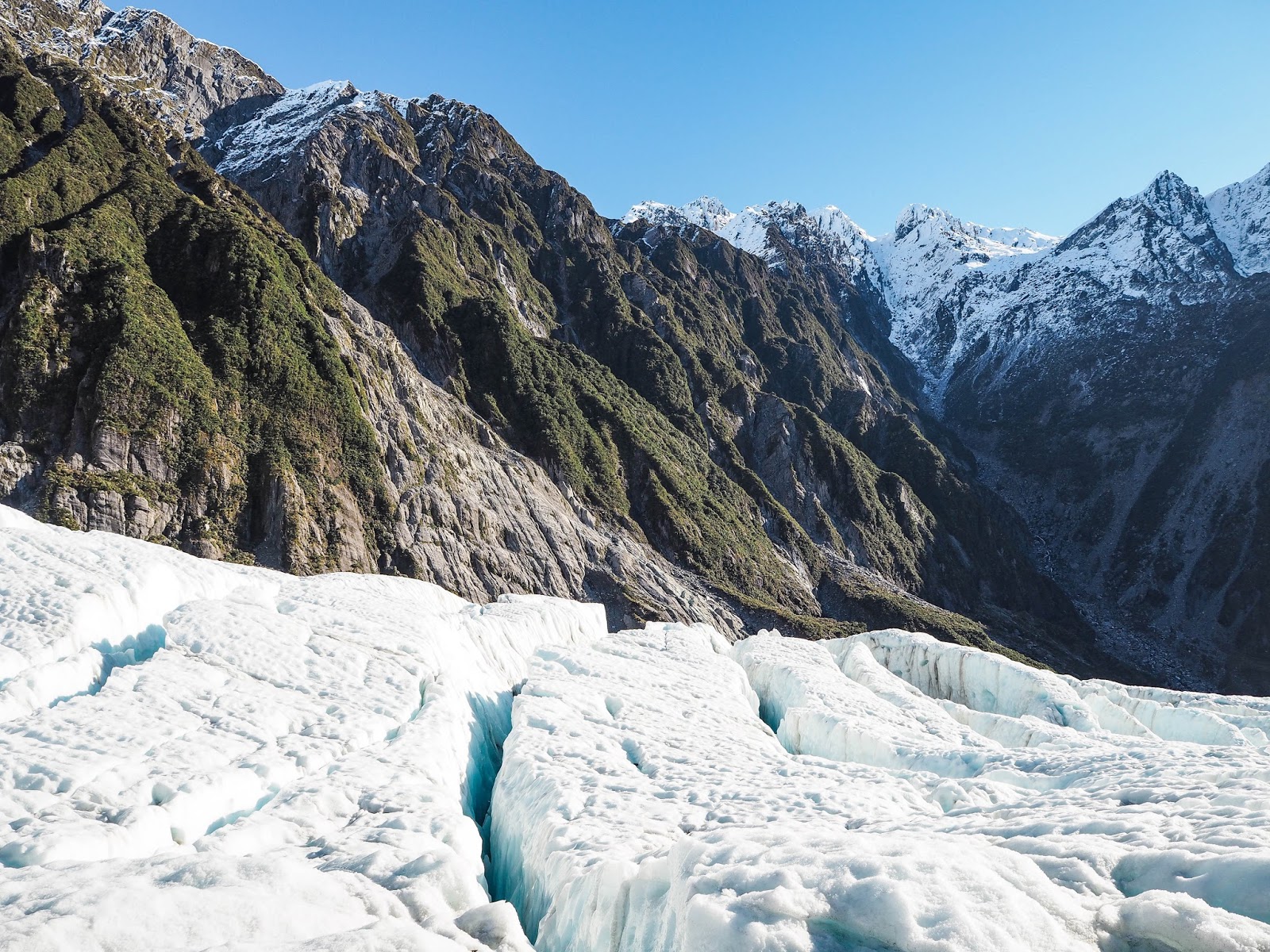 Divinely beautiful, eerily quiet and the freshest air you’ll ever breathe in. It’s not climbing Everest, or even a real feat of strength or willpower, but a hike on Franz Josef really does feel almost unreal for us mere mortals who are used to lower altitudes. 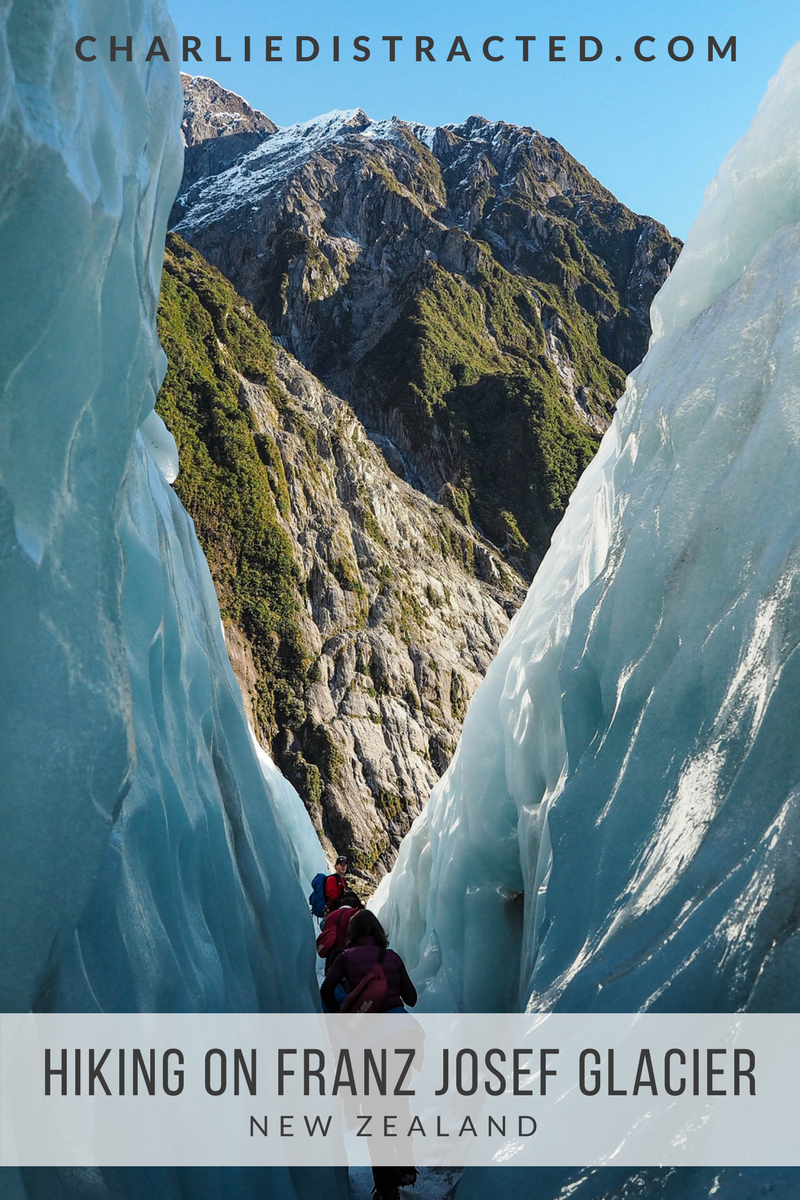