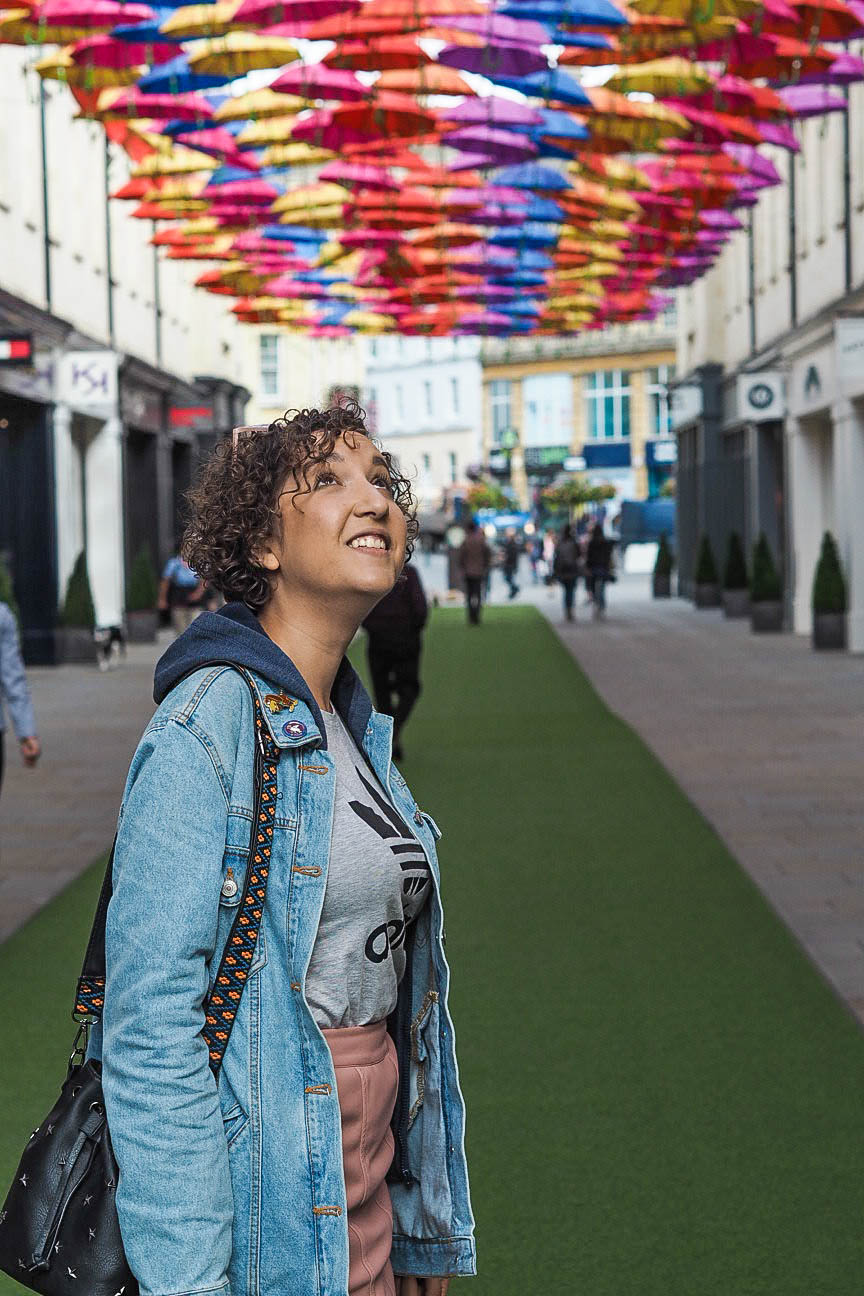 Let me just start by saying that the way to spend a day in Bath is by booking the correct train tickets, so that you don’t have to depart London at 6am like I did. On the plus side, it meant we arrived before the crowds did, but also meant that by about 4pm we were so tired, we had to go and have a nap in our hotel in a nearby town. 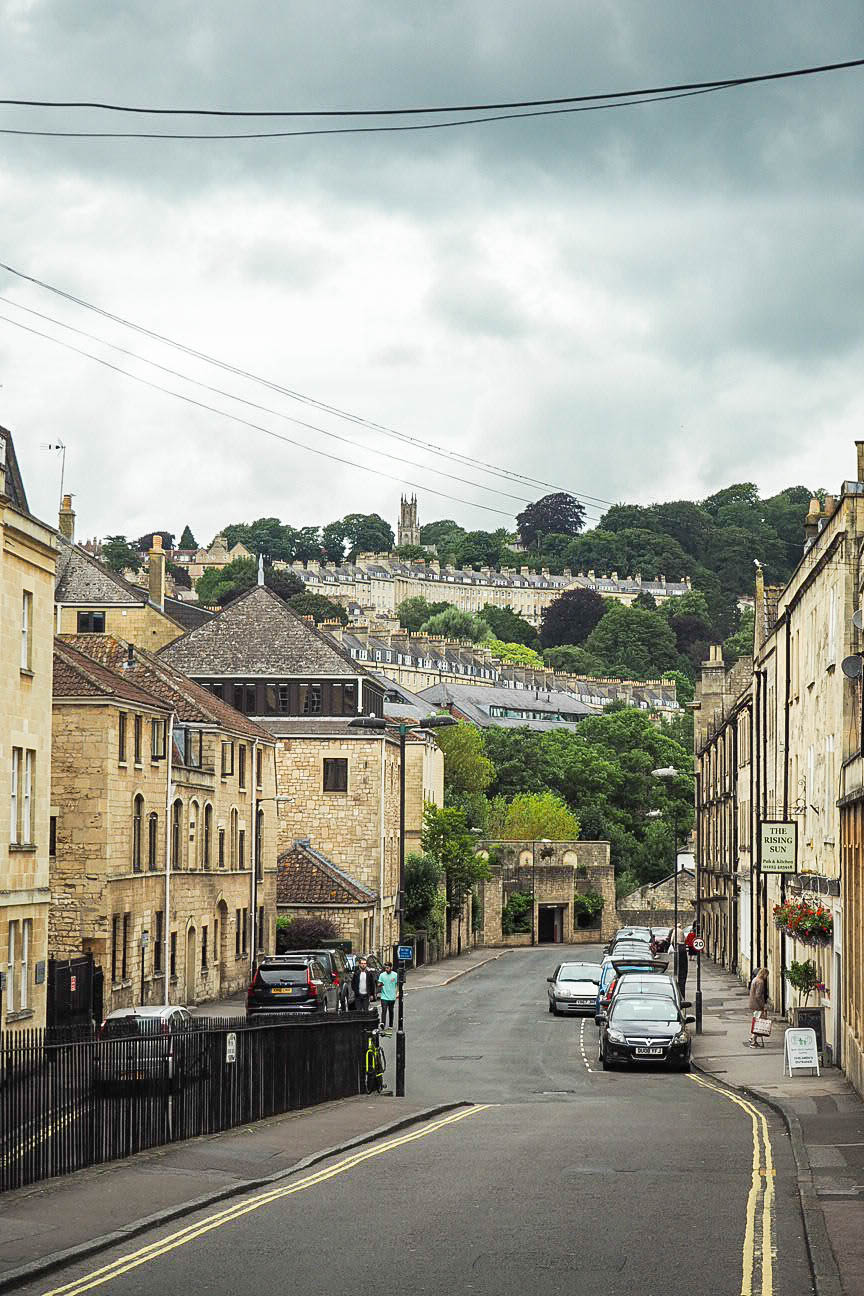 In fact, the whole reason for our trip was to have a quiet relaxed weekend in Bradford on Avon, but as we arrived so damn early, we figured we might as well head to Bath which was literally 7 minutes on a train away. So our day was super relaxed, full of wandering and a smattering of touristing, and food. Lots of food.

Here’s how I recommend you spend a day in Bath: 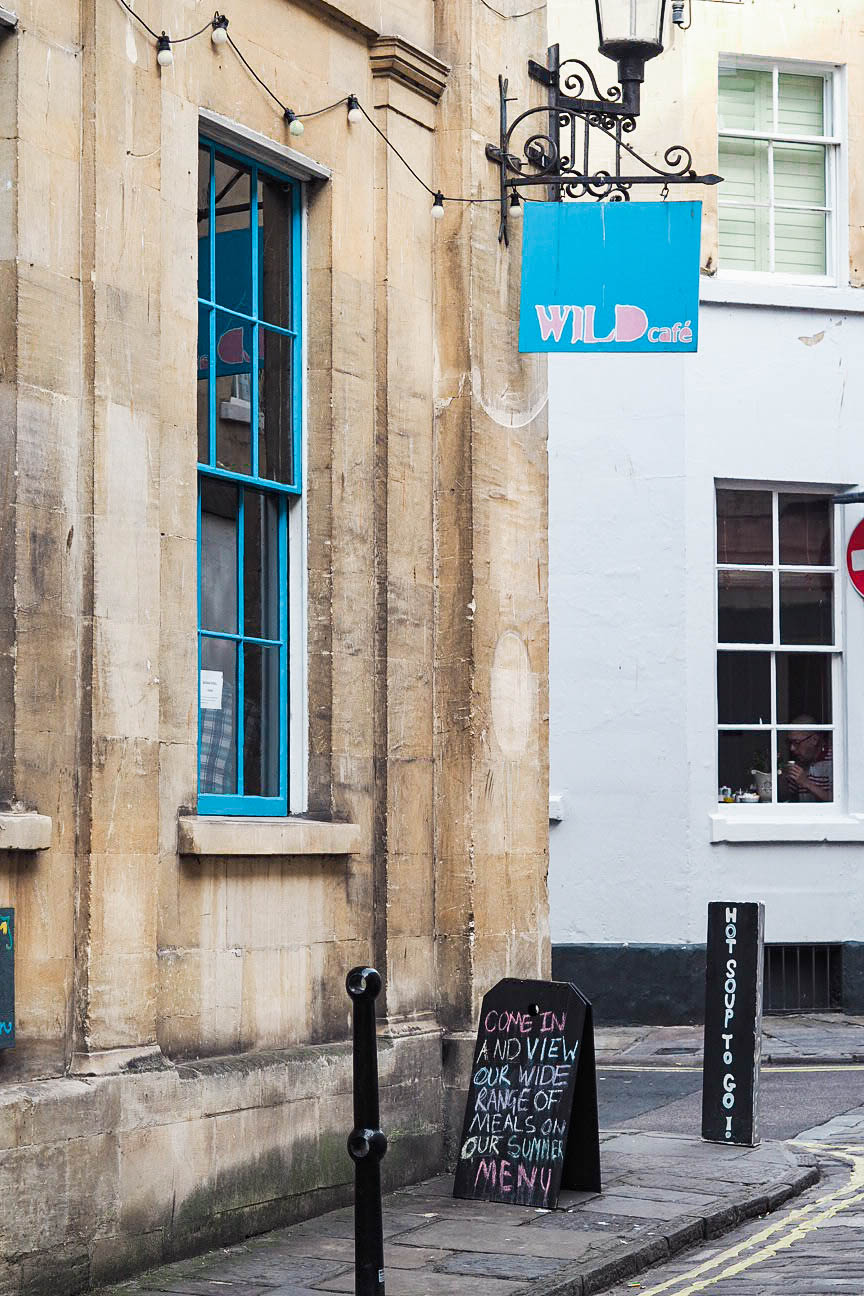 Wild Cafe is the sort of place that you’d write off in London because you would never get a table. But tucked away from the main tourist strip in Bath at around 9.30am, it was busy but still had space for two hungry travellers. We had GIANT cups of coffee (let’s just remember again my travesty of a train booking), and went in for a beauty of a food order. 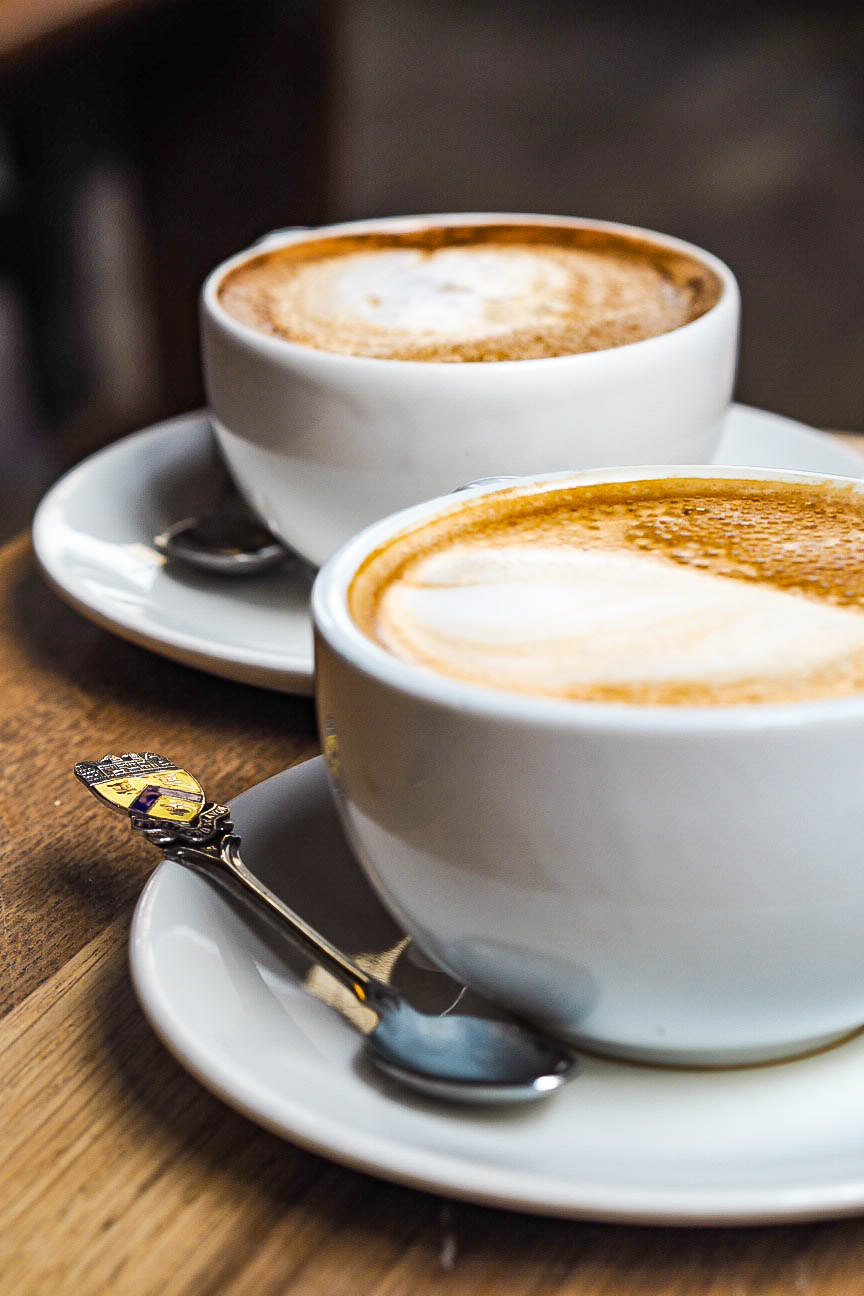 My boyfriend had been craving pancakes, which turned up with bacon and maple syrup. He had a mild panic that there wasn’t enough syrup but on the first bite realised he’d be so very wrong. I went for something less traditional: a big scoop of potato-laden bubble and squeak, topped with poached eggs and the Wild Cafe’s homemade hollandaise sauce. 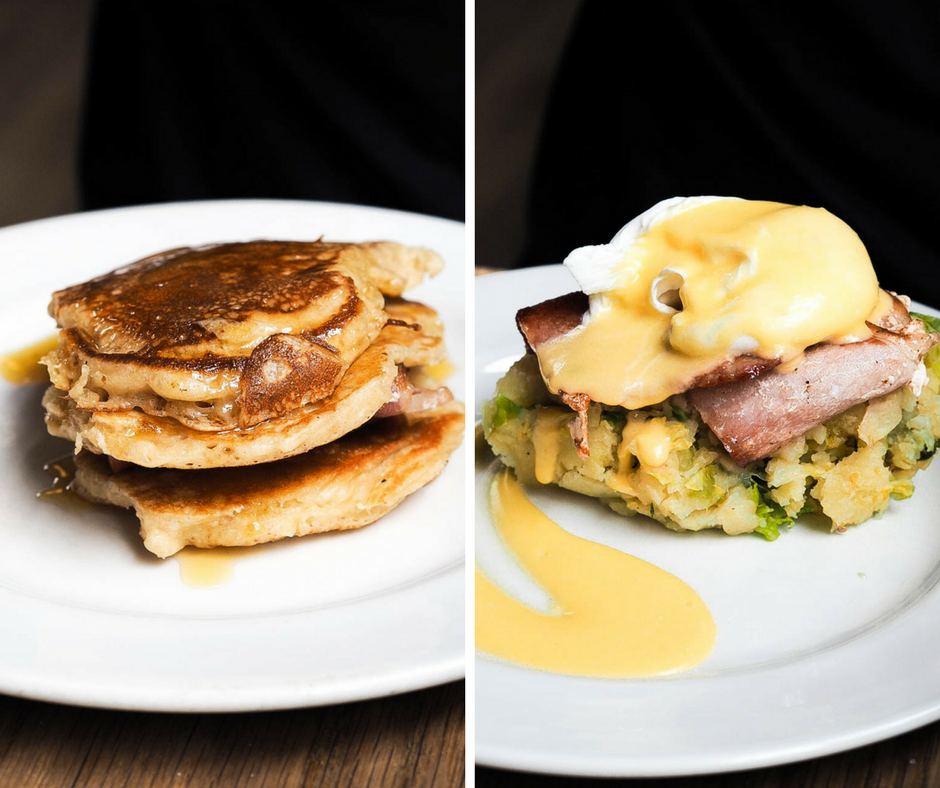 Veering away from the main streets 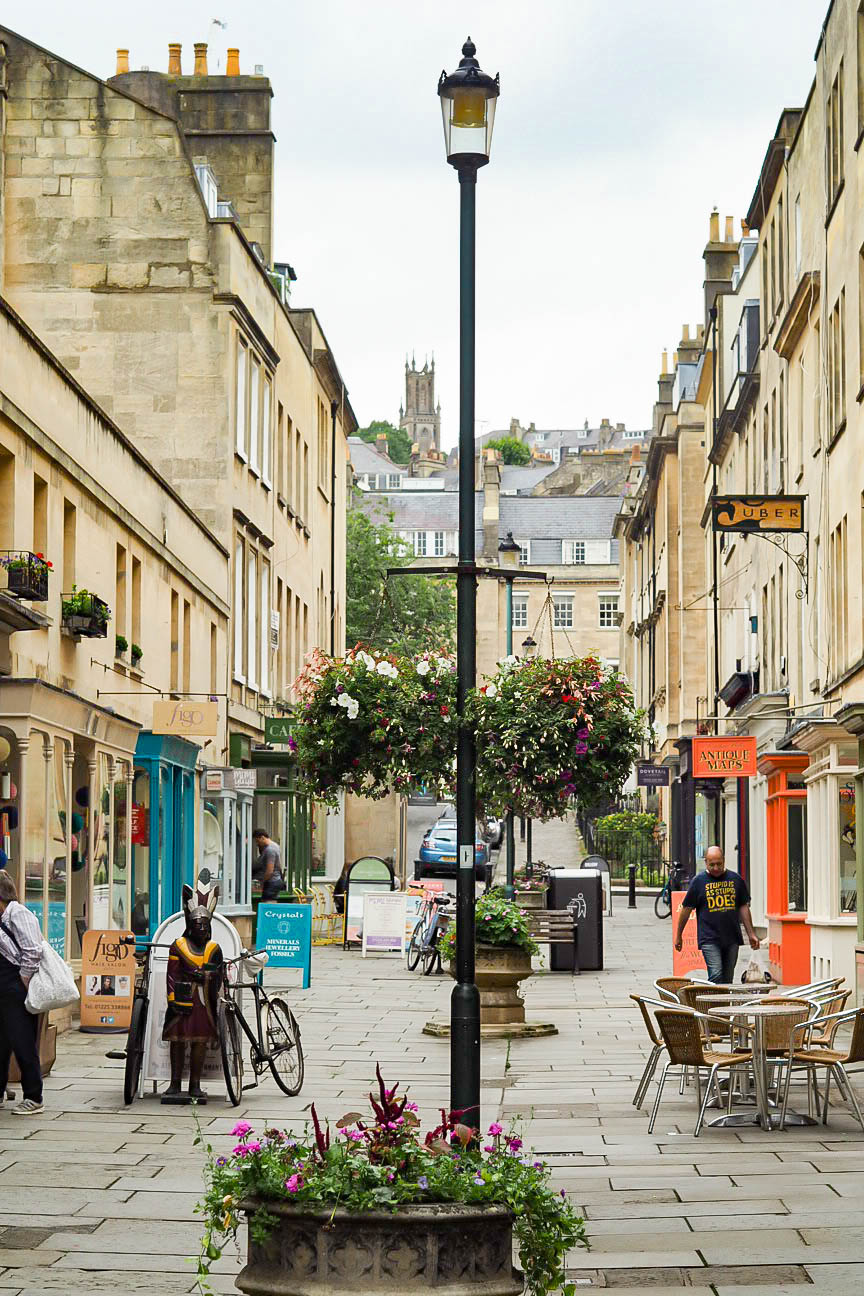 I obviously wanted to see the famous Royal Crescent (see below), but the walk towards it was exactly what I love about ancient British towns: beautiful architecture, quaint cafes and tiny, independently run shops. Walking along a main street, gradually getting busier and busier on a sunny Saturday, we would just turn off, knowing that a picture perfect street would greet us with a bit more calm. Closer to the centre of town is the stunning Pulteney Bridge, crossing over the River Avon and home to some adorable little stores and a jam-packed cafe, which we didn’t even attempt to get into! 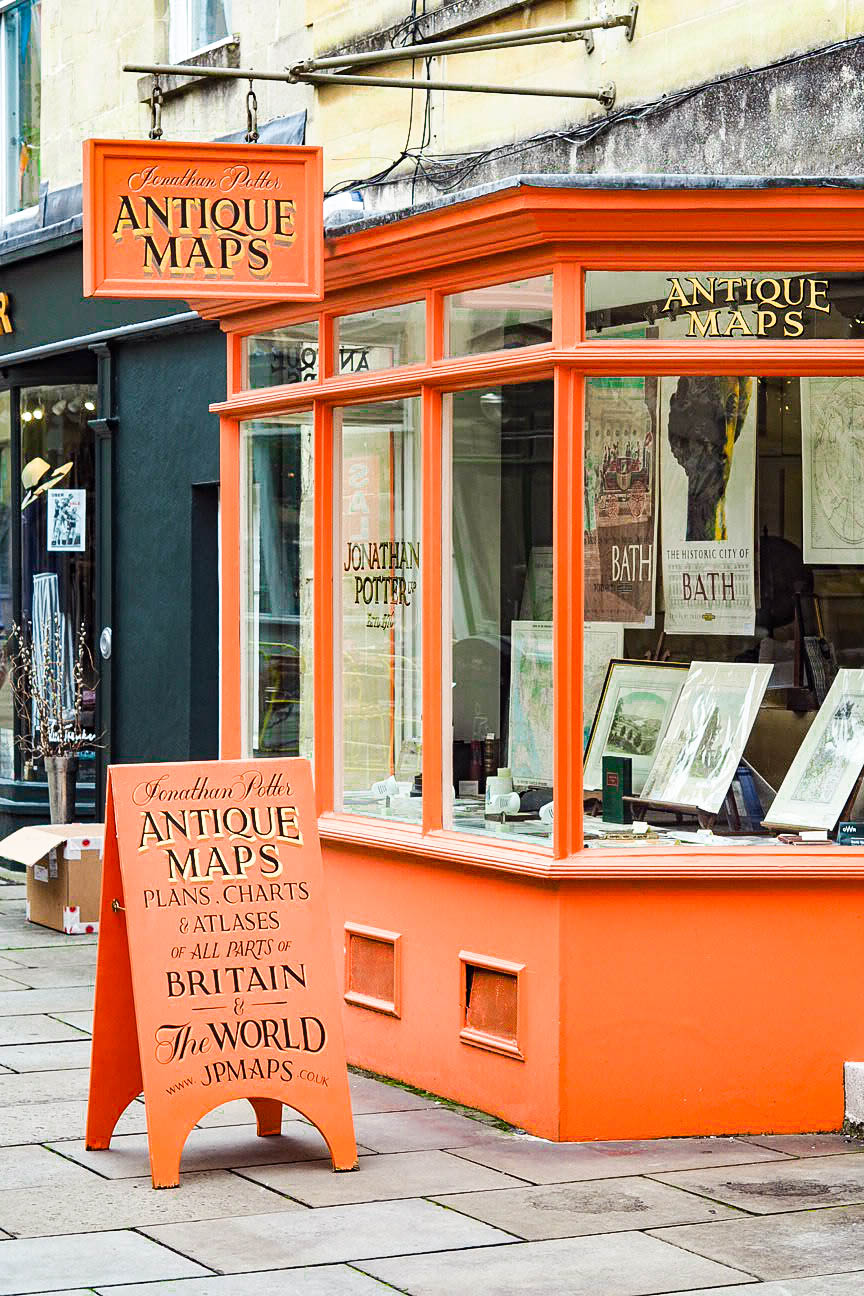 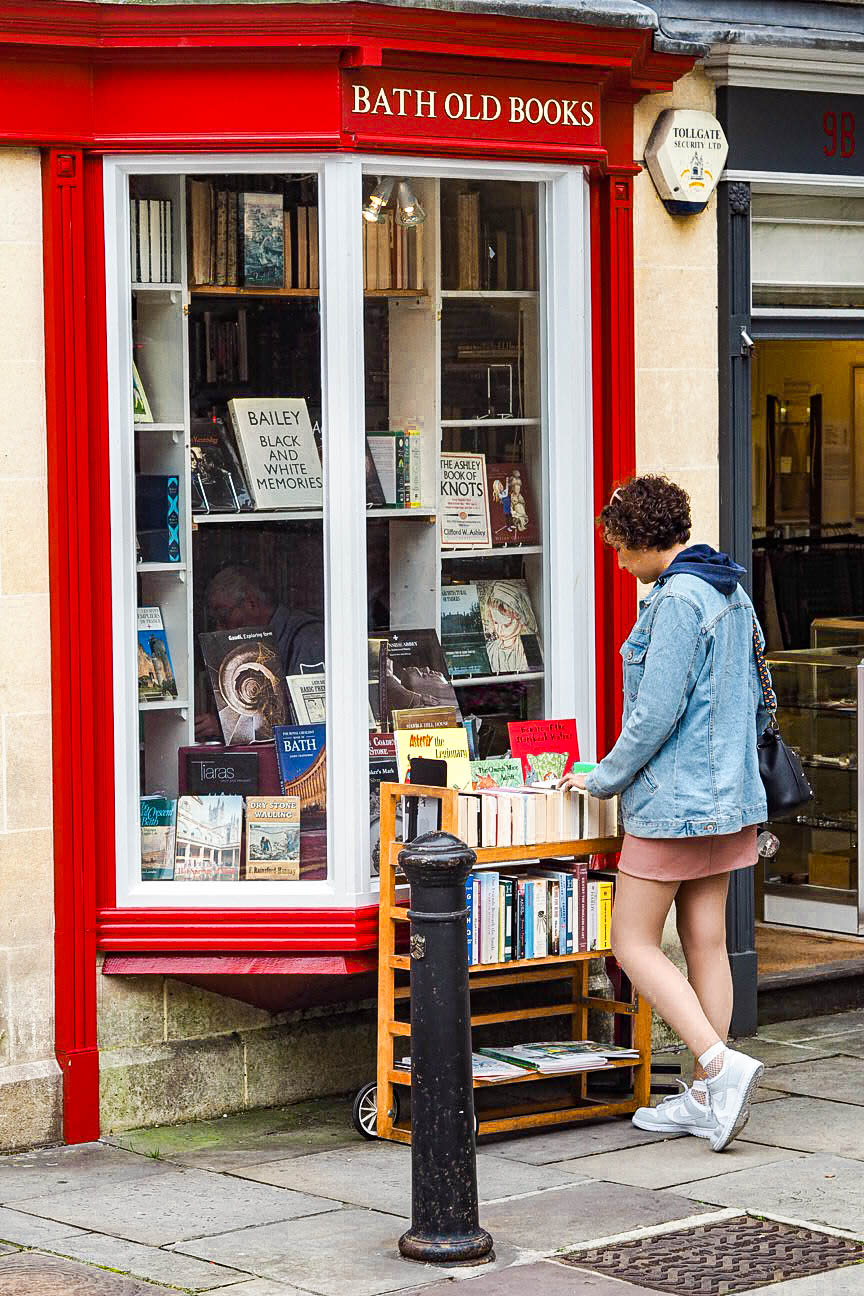 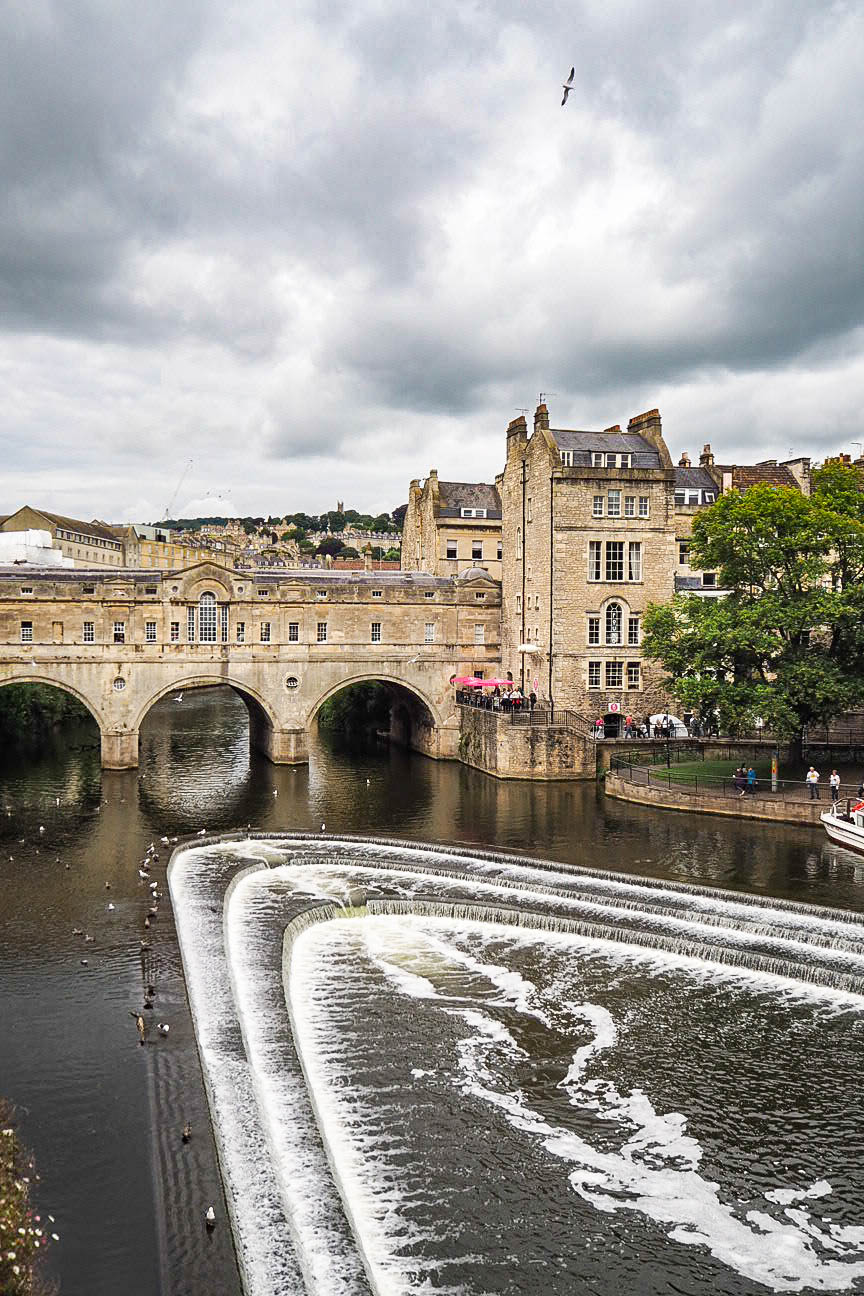 Joining the tourists at Royal Crescent 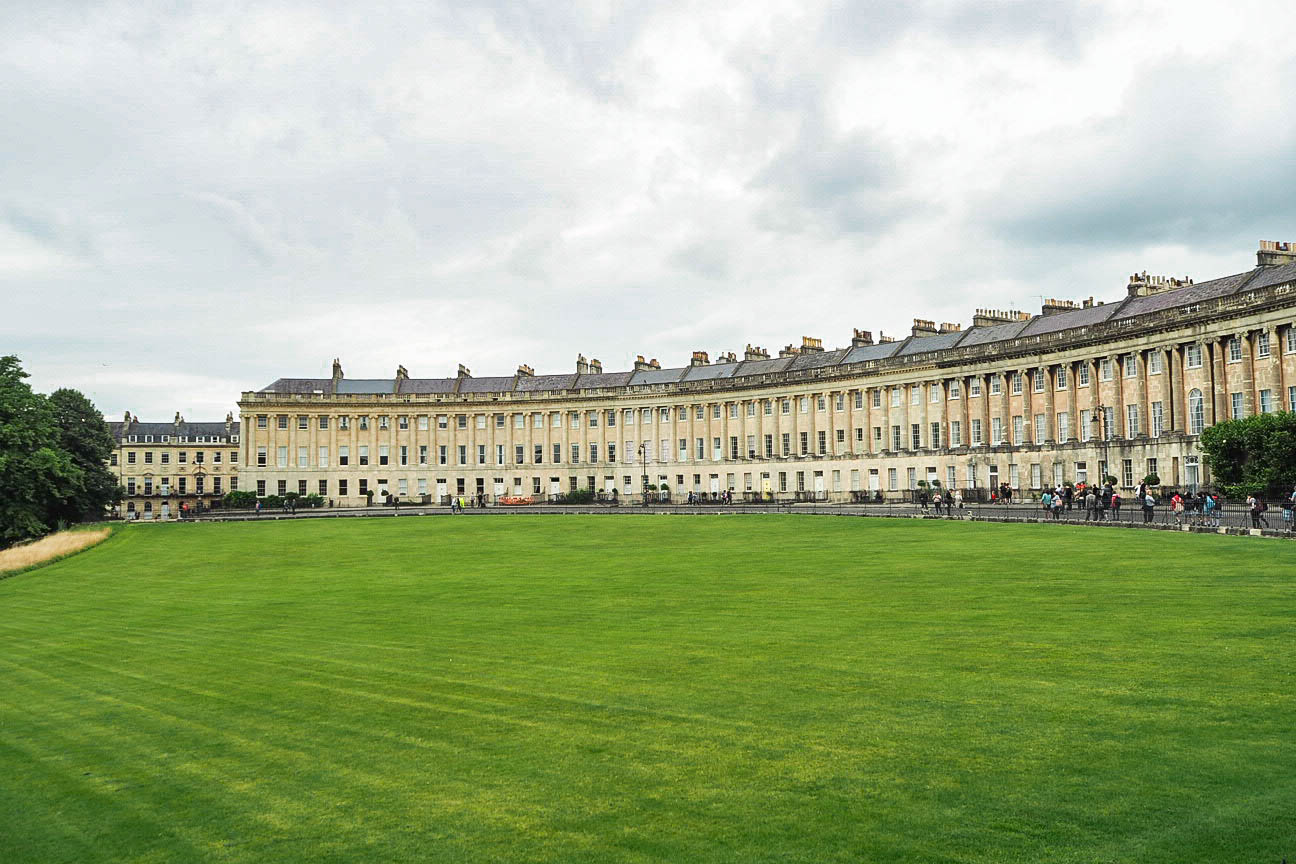 If you’ve watched a period drama, you’ve probably spotted Royal Crescent. Built in 1774, it is a stunning row of 30 terraced houses that is easily one of the most breathtaking streets I’ve ever seen. It is pristine and draws in huge coach loads of tourists who cannot get enough of it’s ye olde feel (exacerbated by horse and carriage rides and a museum located at house No.1). With all the people and the vast size of the street, the photos don’t really do it justice, but it’s absolutely worth visiting. 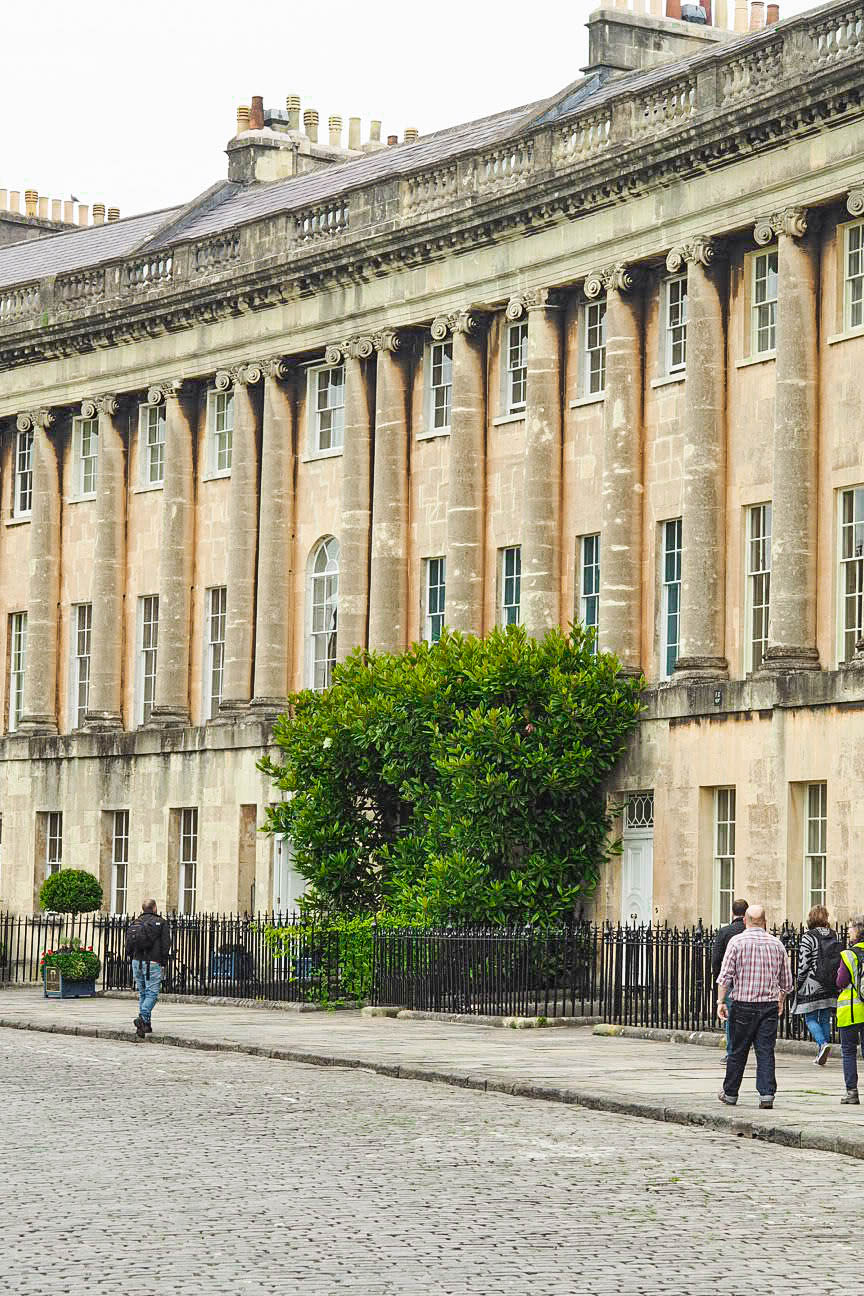 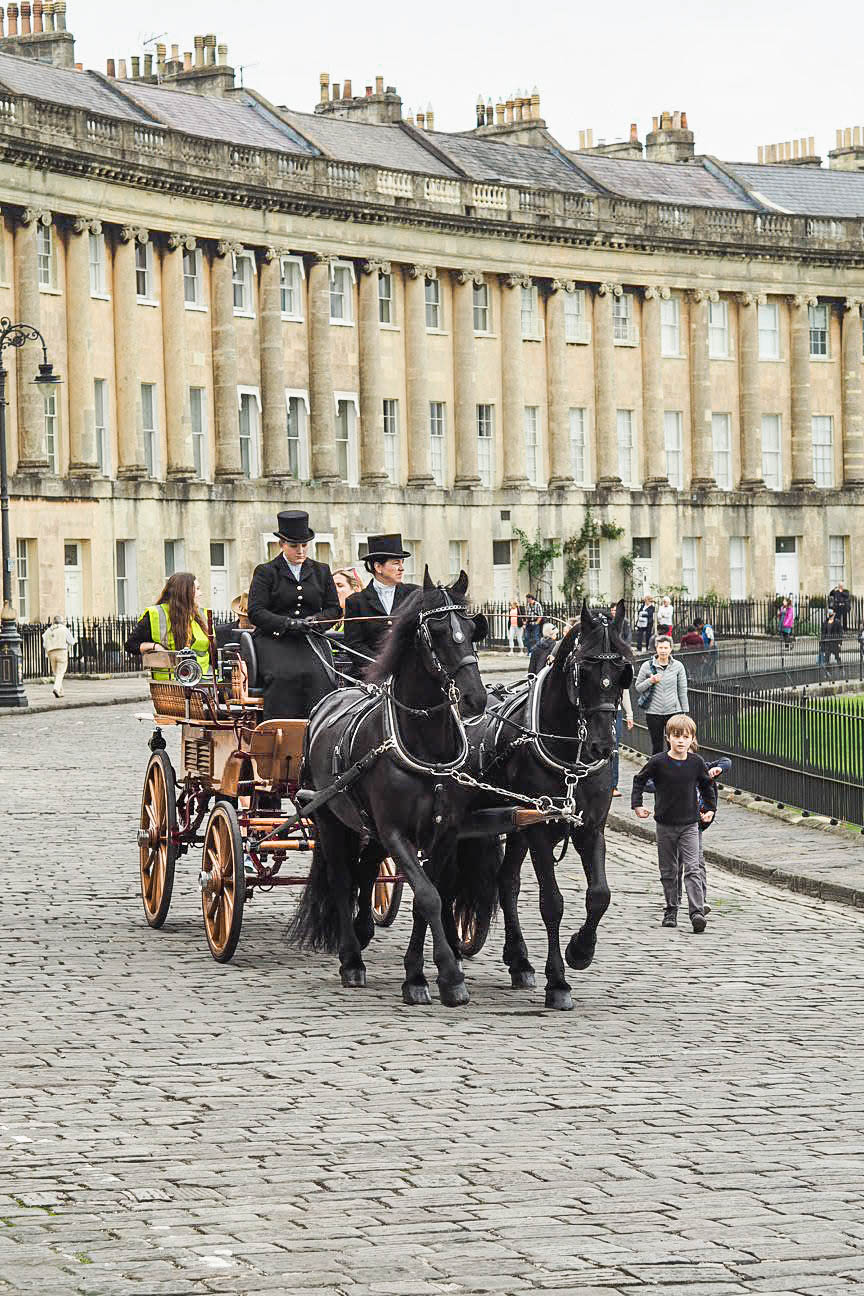 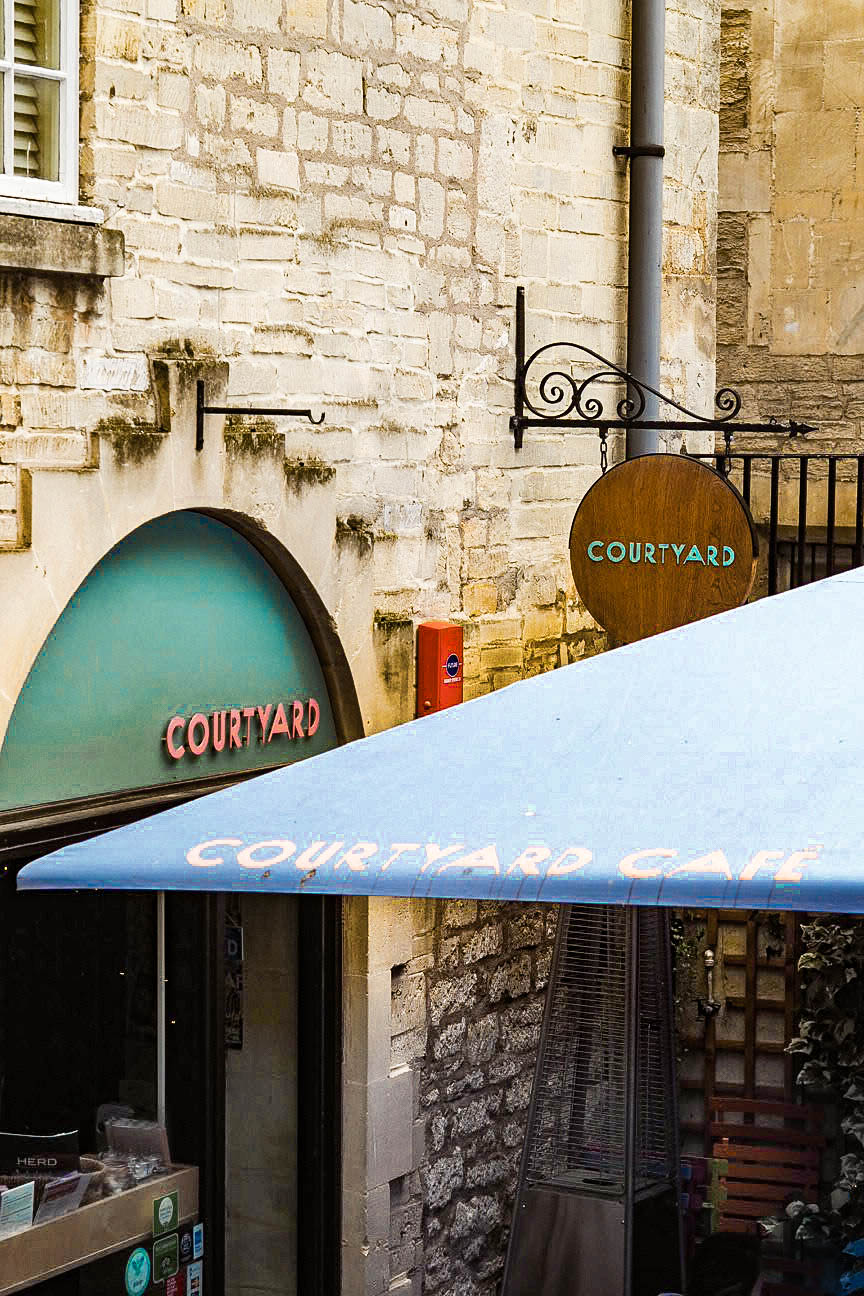 I was in search of a Bath Bun to try, but the queues for anywhere selling them were a little out of my patience radius after such an early start. It turned out to be fate, as we stumbled upon Courtyard Cafe, hidden down the adorably-named Lilliput Court. We sat outdoors in the sunshine, where I relished a rhubarb juice AND a coffee to keep myself going. 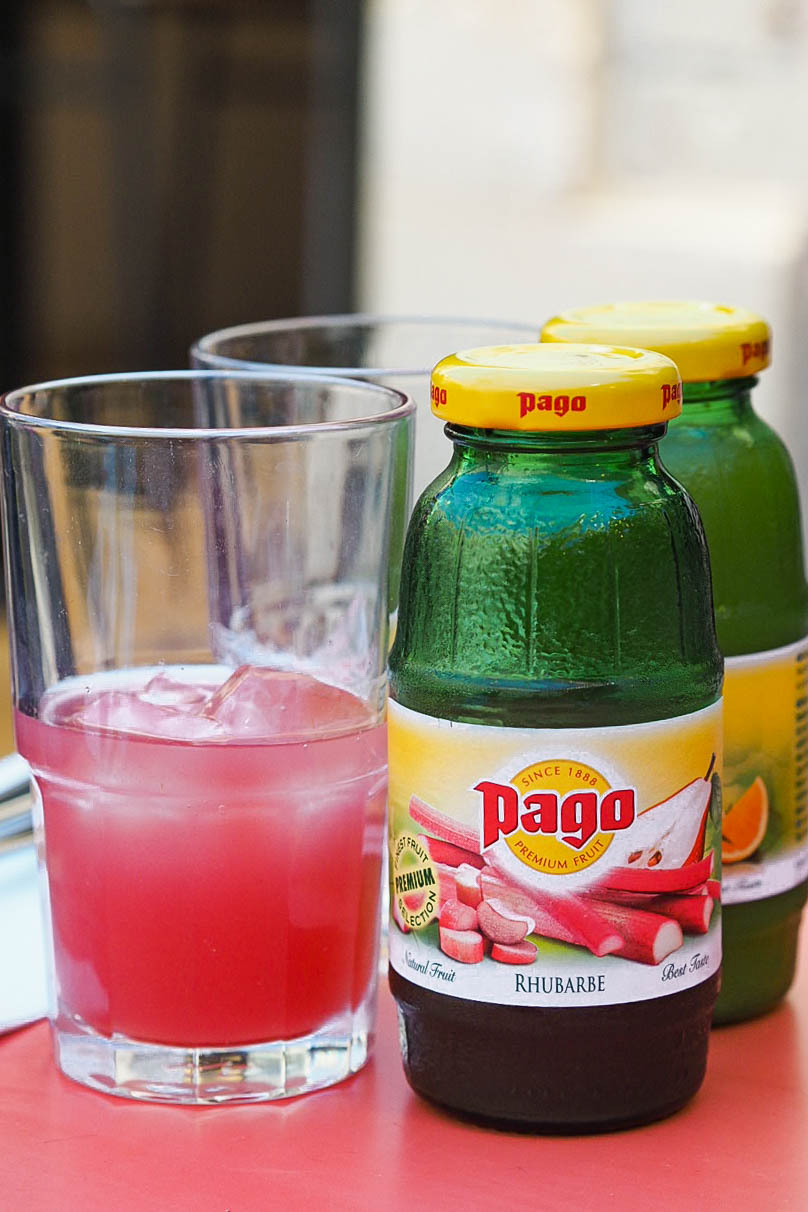 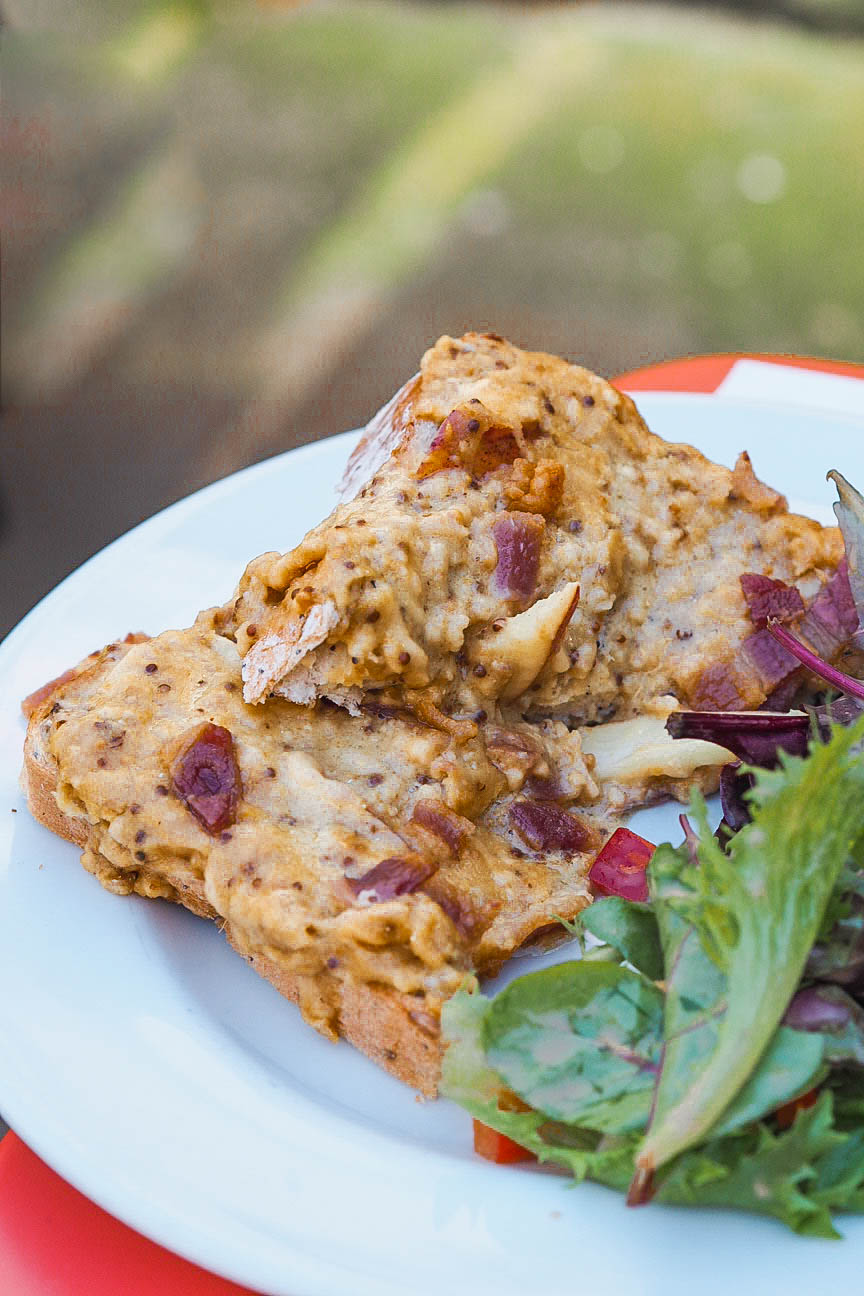 My lunch was absolutely sublime: a take on Welsh rarebit, topped with huge chunks of Somerset apples, salty bacon and smothered in a whole grain mustard, local ale and cheese sauce. Totally unexpected from a little cafe, hidden from a main view. 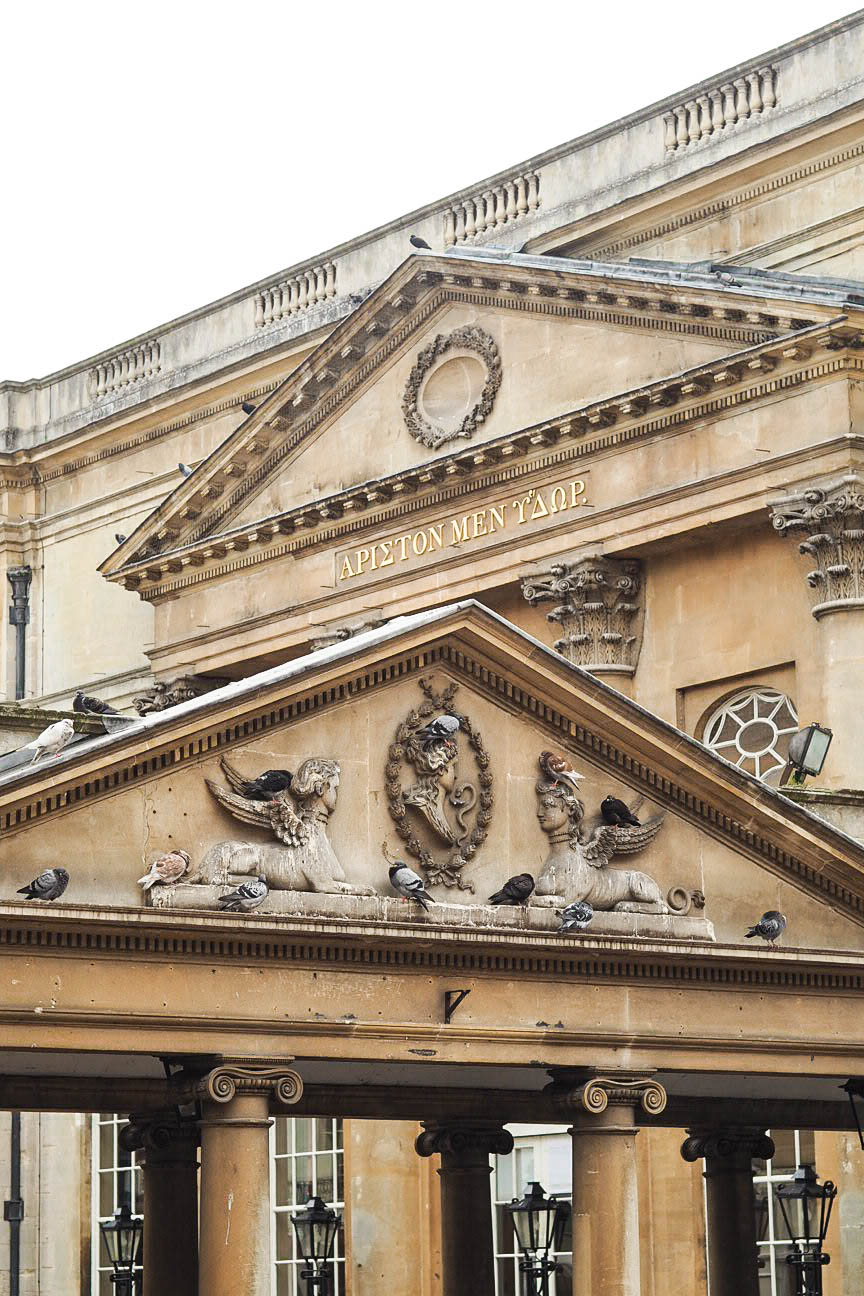 The reason for the city’s name, the Roman Baths* are a huge draw, but I knew very little about them. Right in the centre of Bath, next to the cathedral, I picked up an audio guide and started exploring. The way it’s been preserved is staggering, but the most amazing thing is the water itself. I had no idea that you would be able to see it actually still bubbling from the heat underground. I’ve sat in thermal pools in New Zealand and I’ll be visiting them in Japan and Iceland later this year, so it never occurred to me that we’d have them in the UK too. 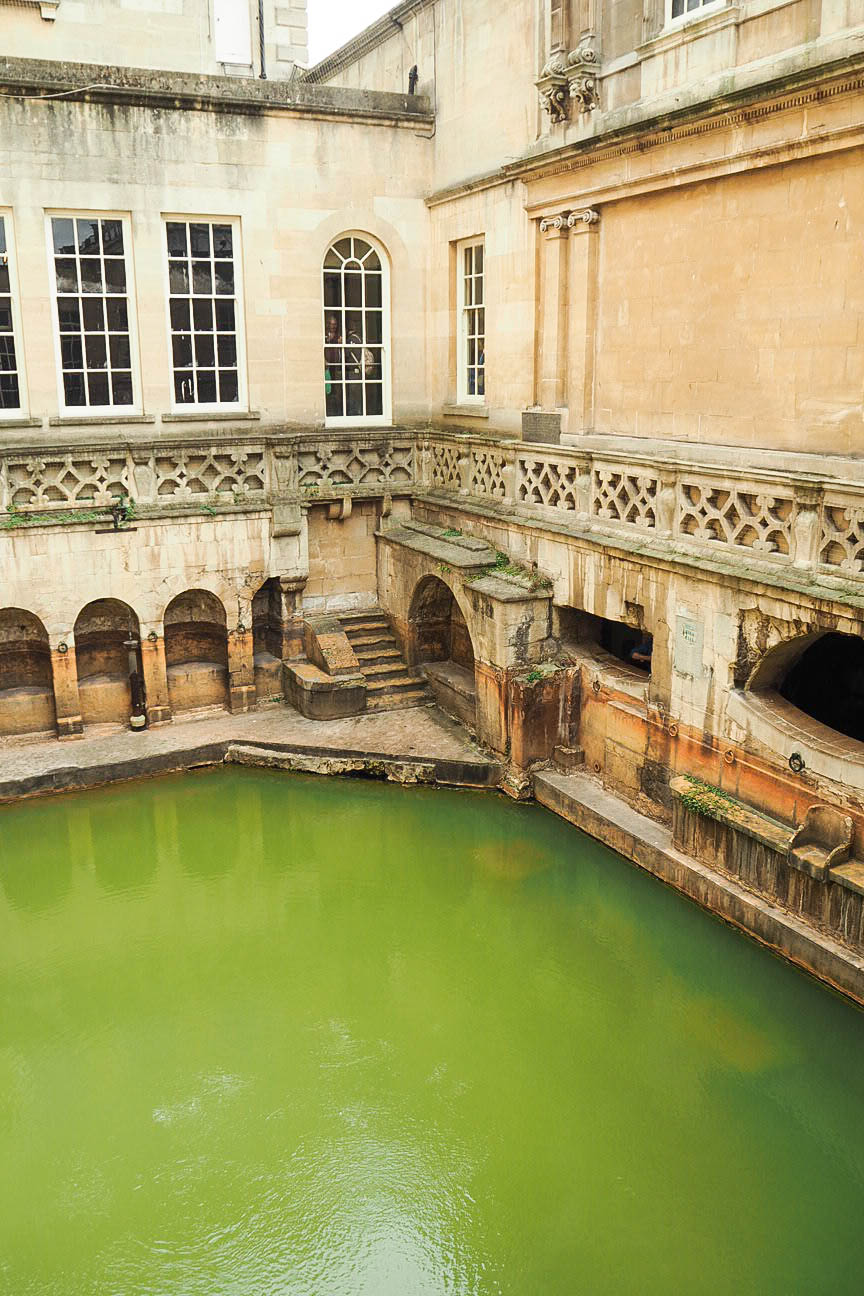 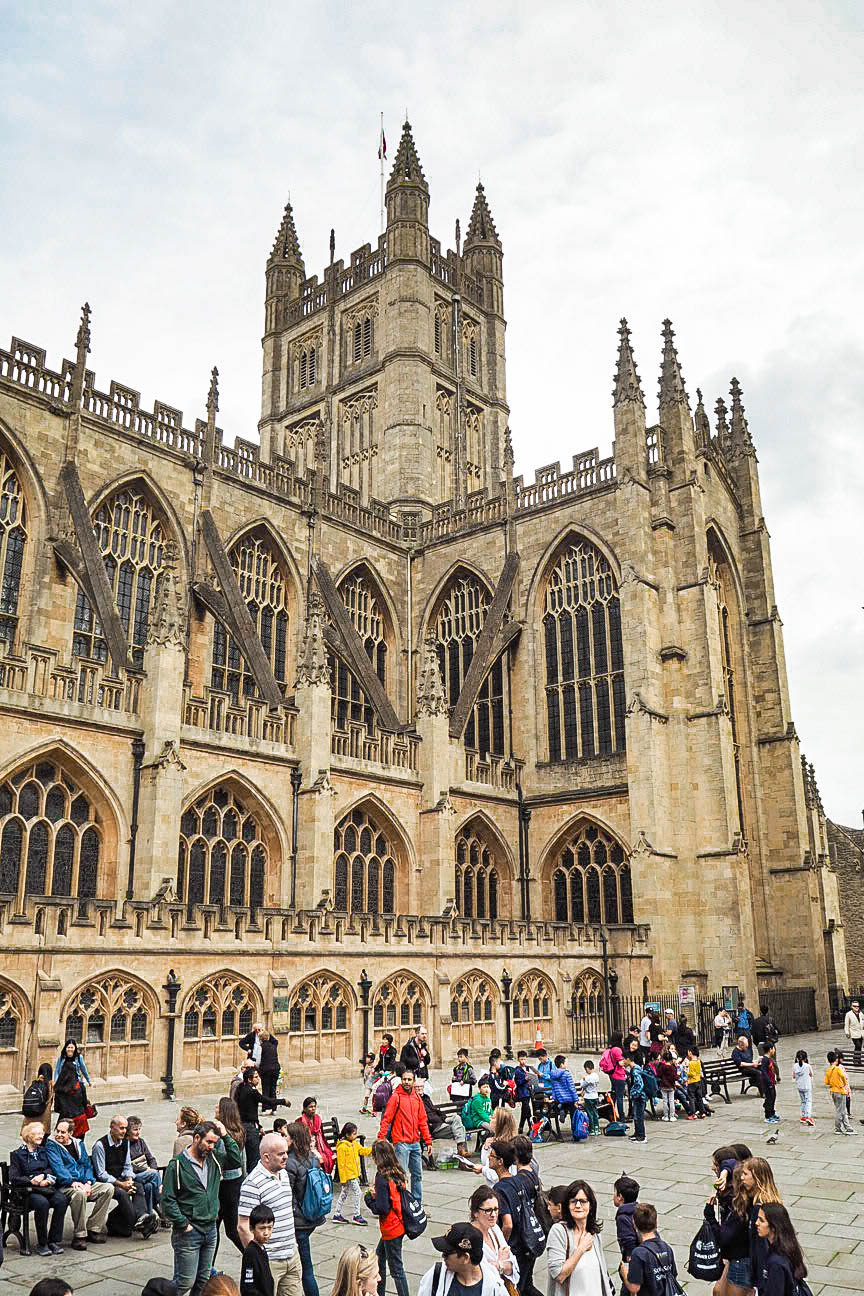 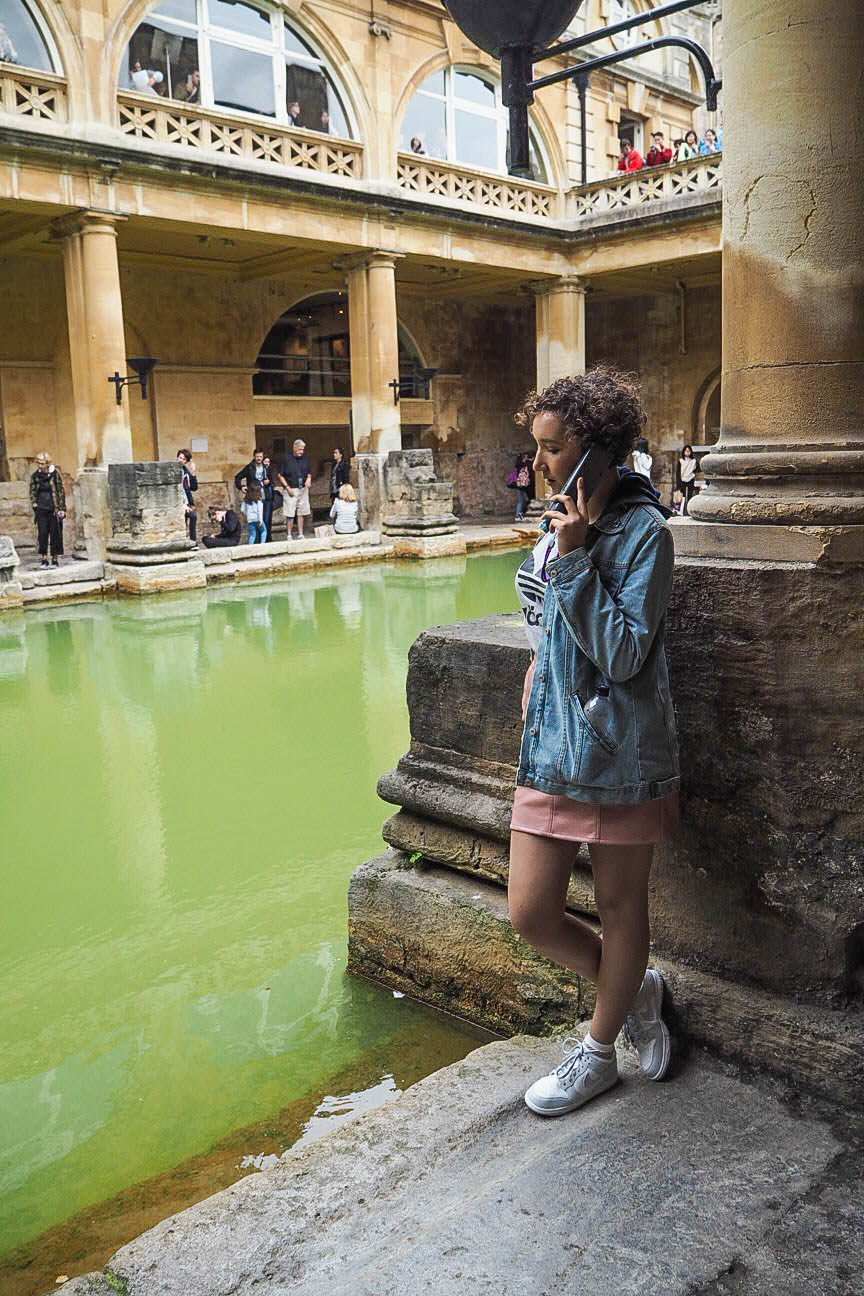 Of course, the water is not looking so healthy now as it’s been stagnant in the bathing area for centuries, but it also flows, warm and very fast underground. It’s a hugely important site of historical importance, with exhibitions showing how the Romans used the area and relics dating back to 60AD. Being from a town that is only 50 years old, I adore the rich history cities like Bath offer up, and it was the perfect place for a little UK staycation.

What I Wore in Bath

Where I Went in Bath 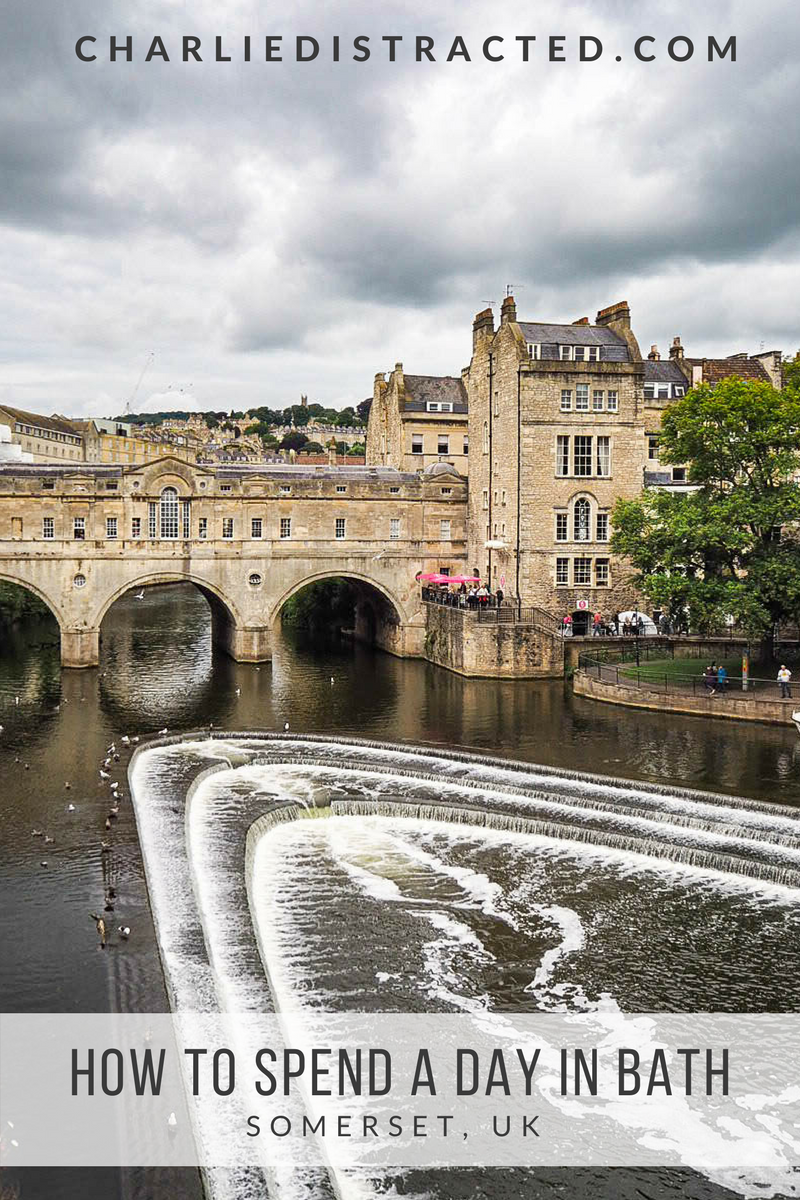 *My entry to the Roman Baths and some of the items worn in these pictures were gifted to me, but all styling, photography and opinions are my own.