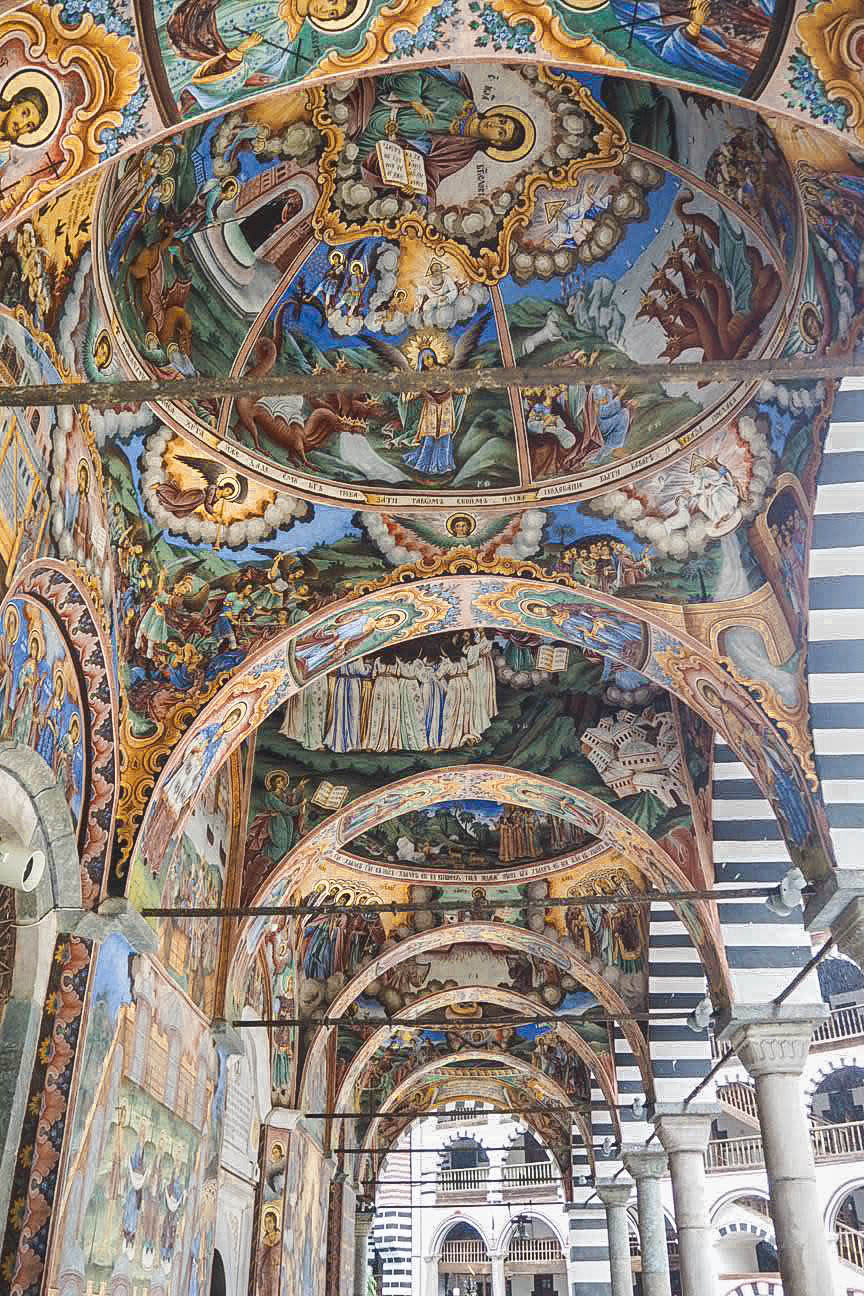 I’ve started thinking bigger when it comes to city breaks. After a successful trip to Vianden Castle from Luxembourg City, and regretting not making it to Transylvania when in Bucharest, I did my research before going to Sofia and the internet was united screaming the words RILA MONASTERY my way. 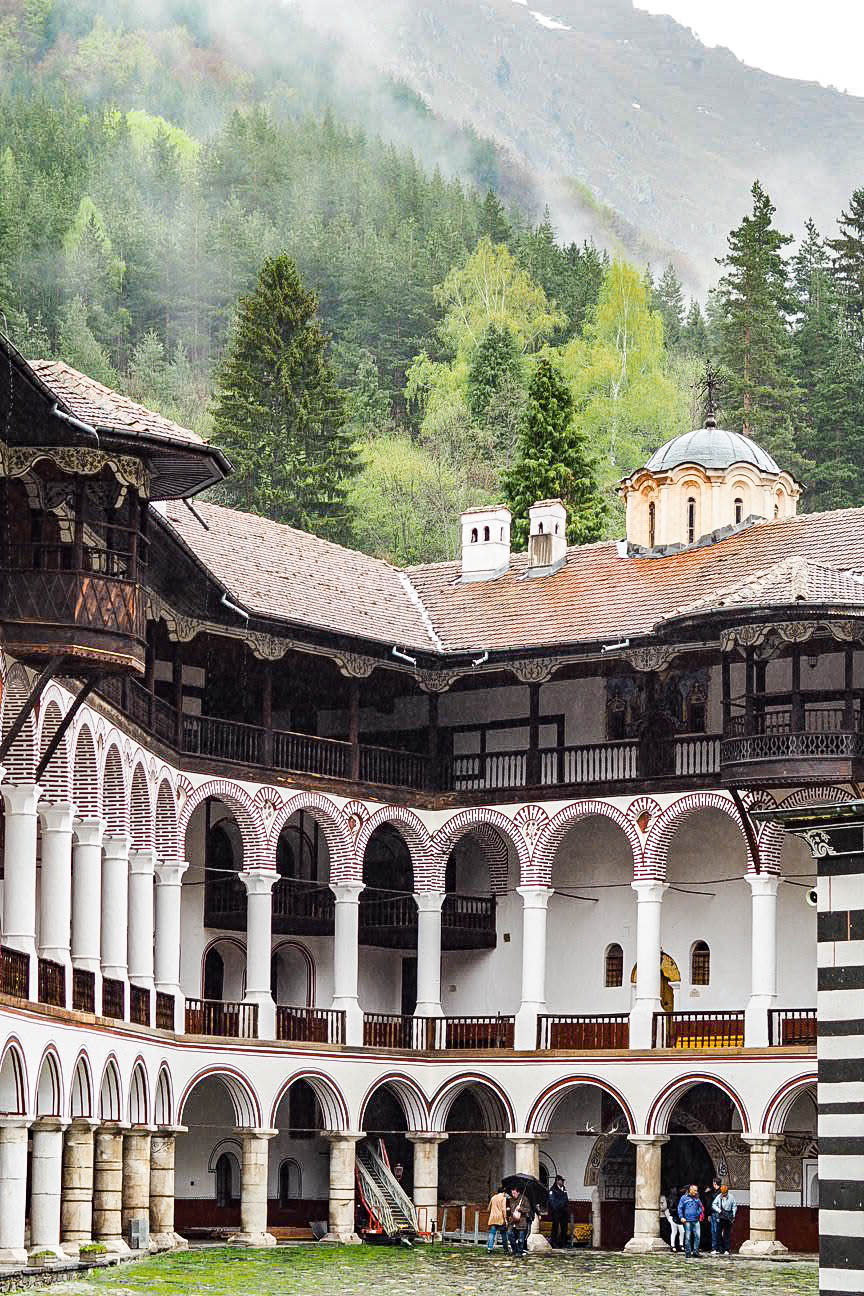 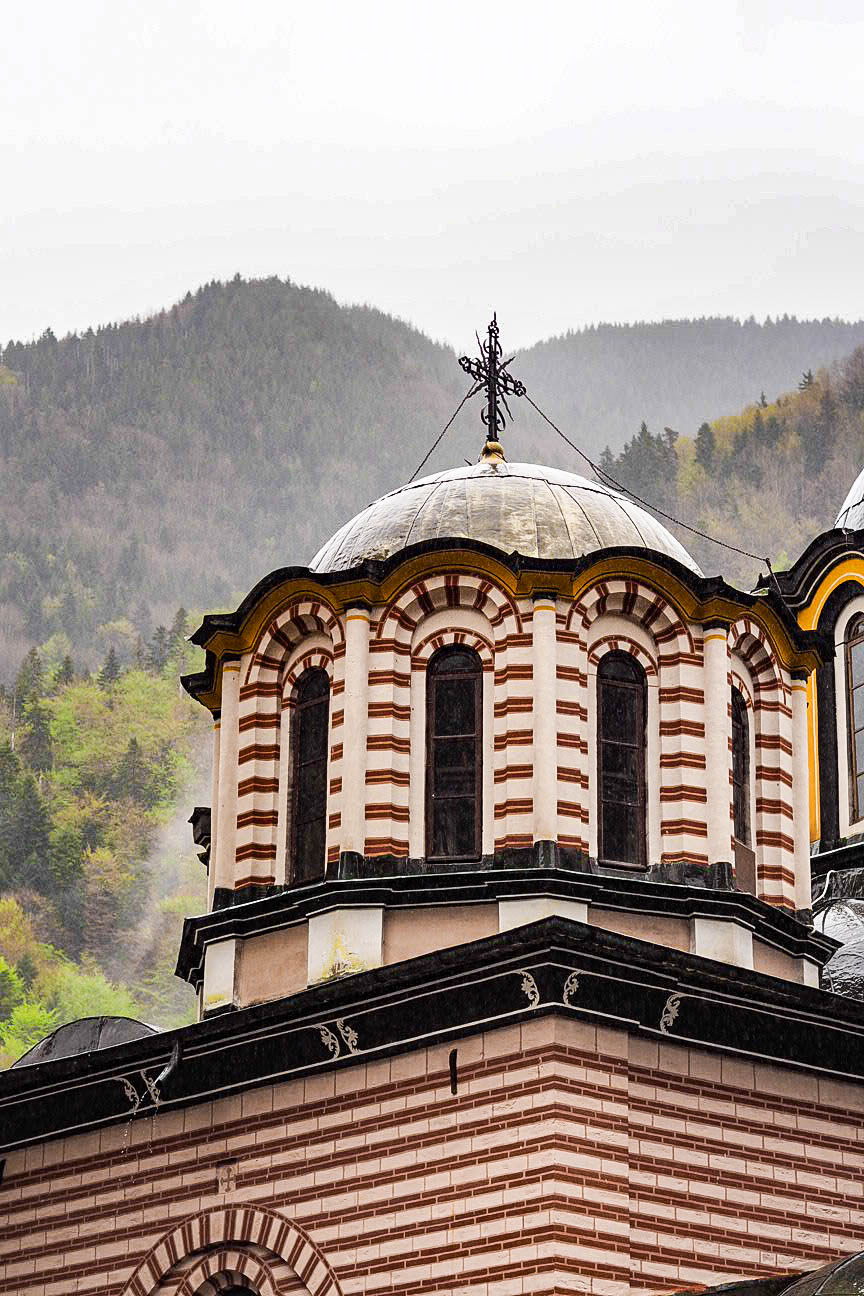 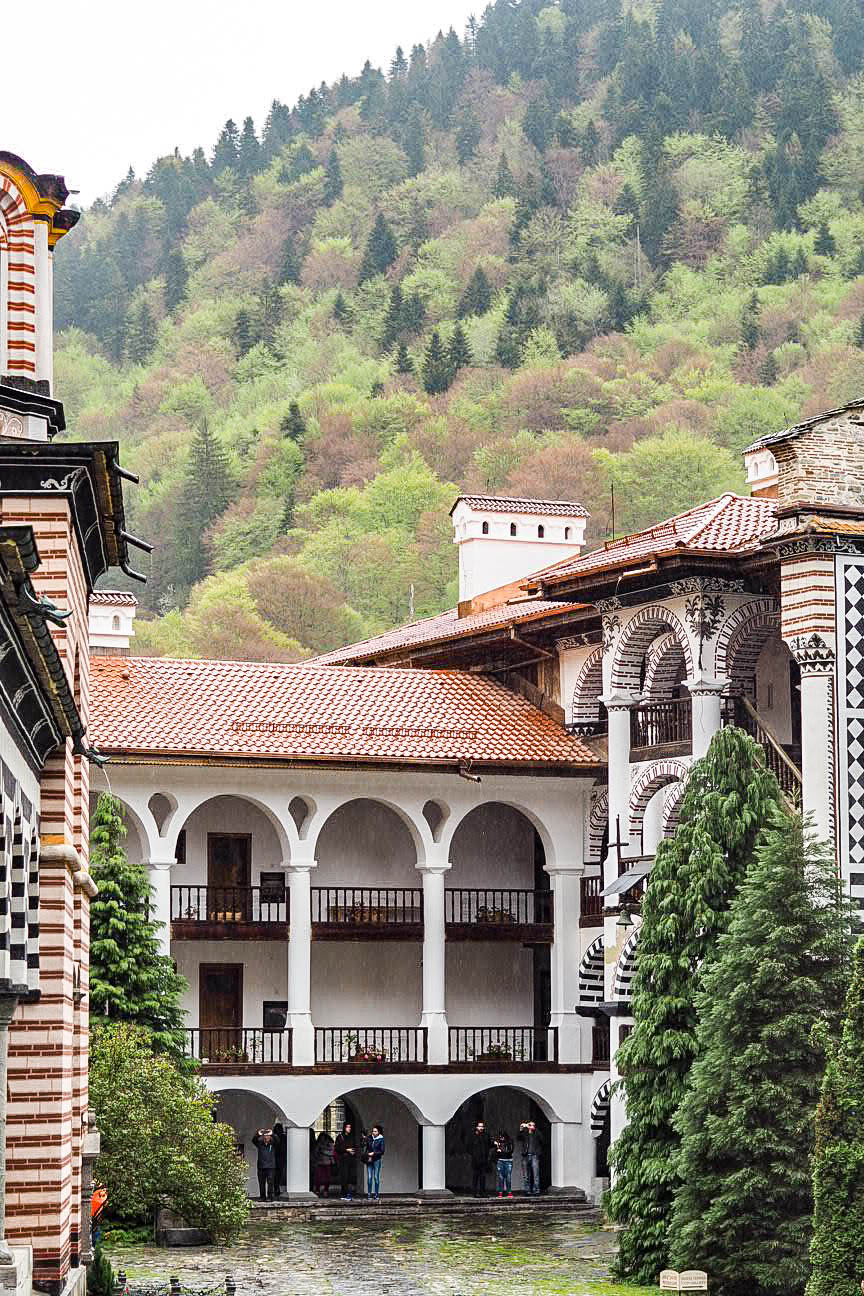 Charley and I joined our tour group outside the stunning Alexander Nevsky Cathedral in central Sofia, and took the 45 minute drive in the grey drizzle up into the mountains. The monastery was founded in 927AD, as a home for Eastern Orthodox monks, and has been destroyed and rebuilt numerous times, all restoring the artwork that draws in the crowds. 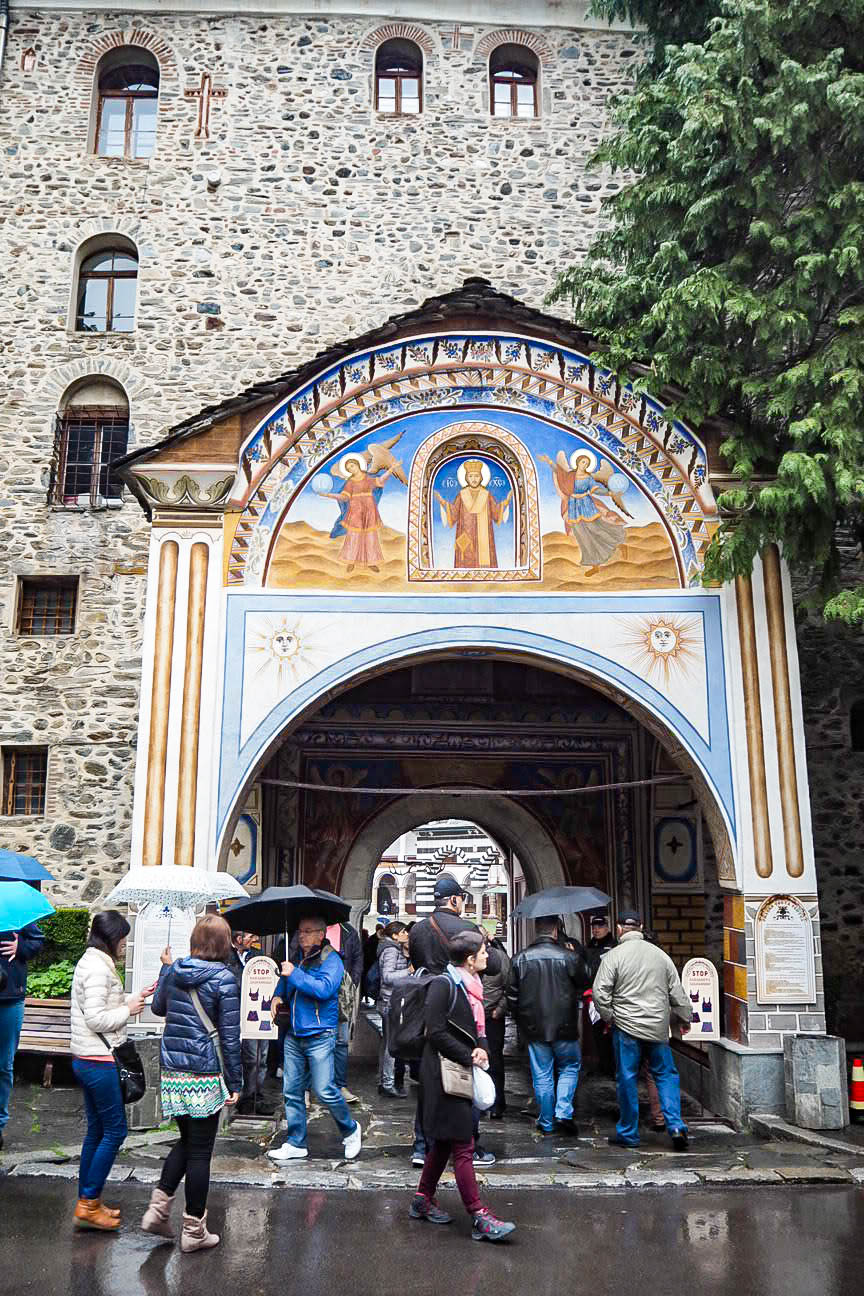 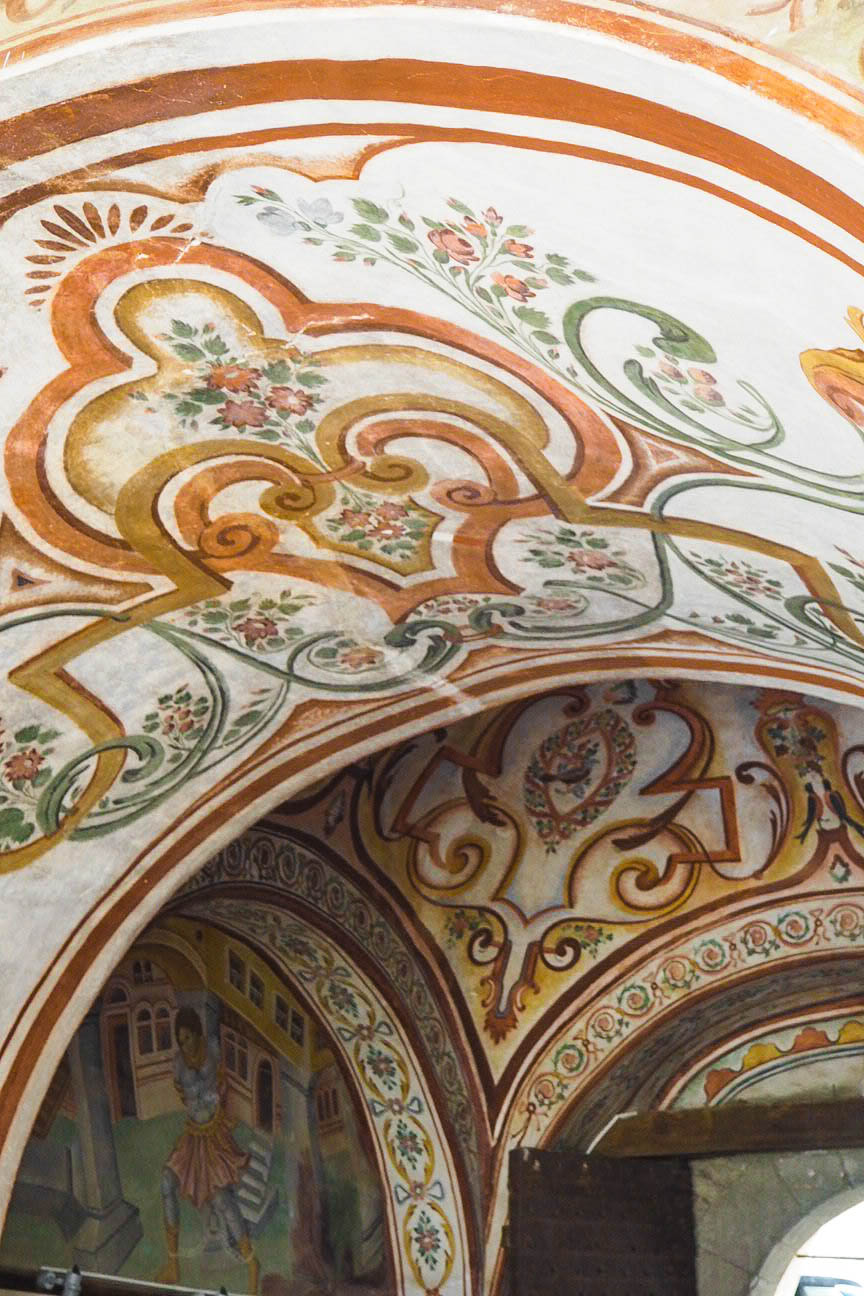 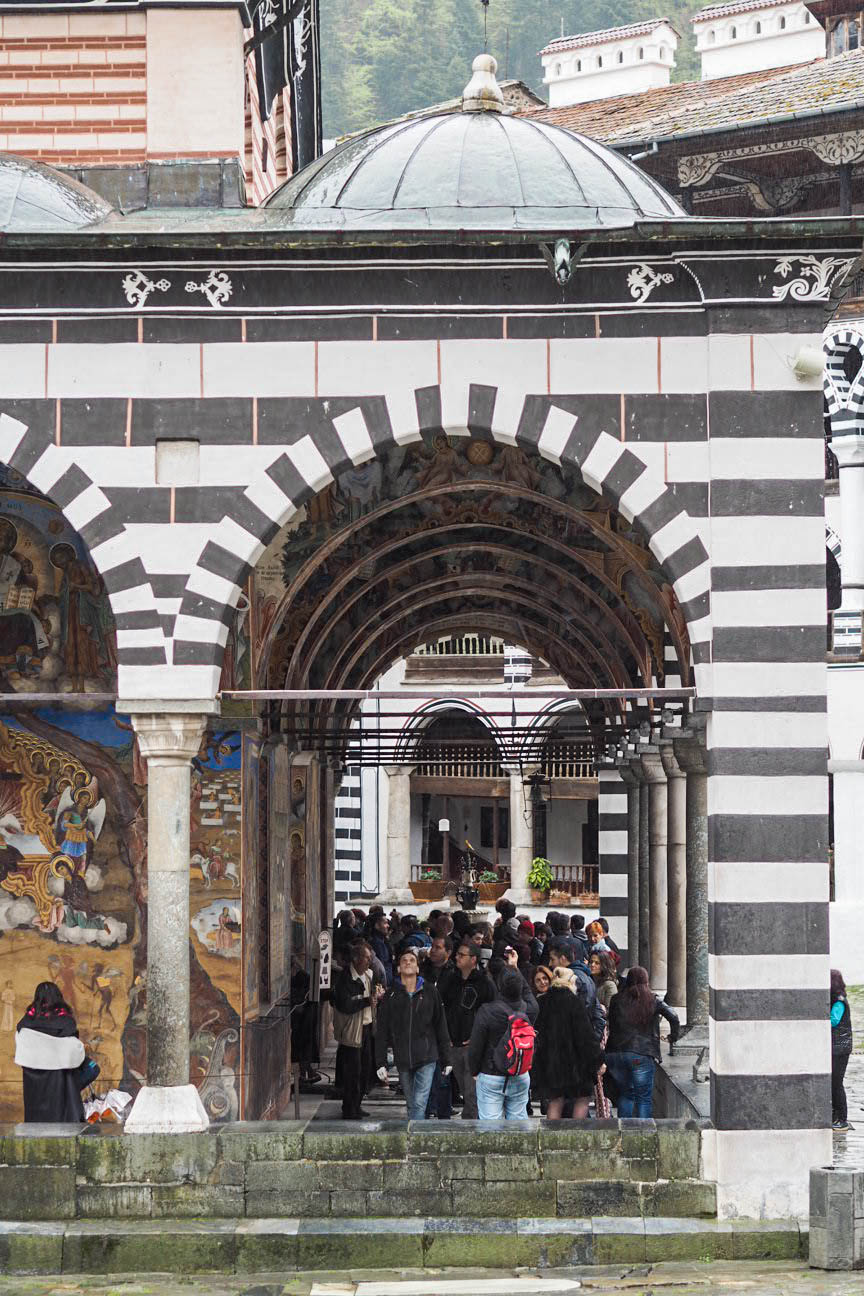 It’s famous for its frescoes which are absolutely stunning. Bright, vivid colours and frankly, terrifying portrayals of biblical stories I don’t not know or understand. It was the reason we were there, but we took the time to walk around the whole building to get an idea of what it would be like to live in such an isolated place. 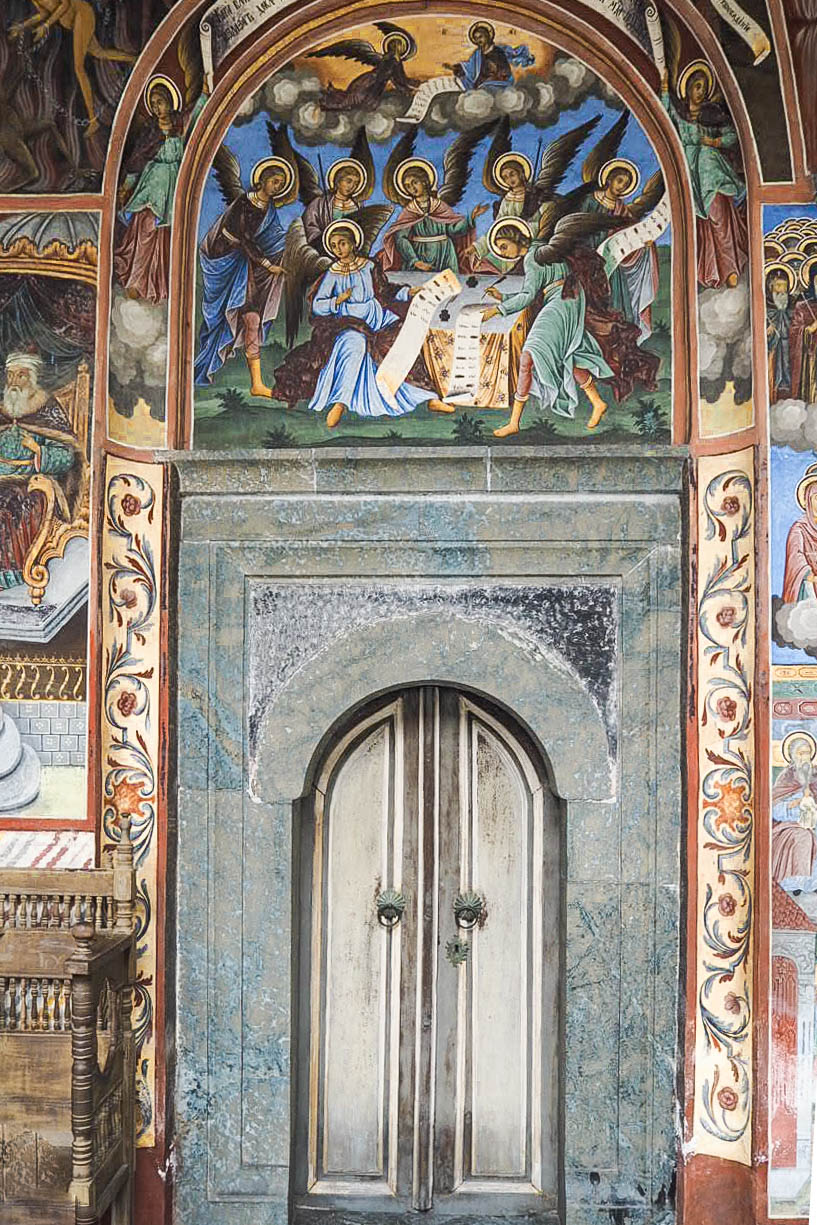 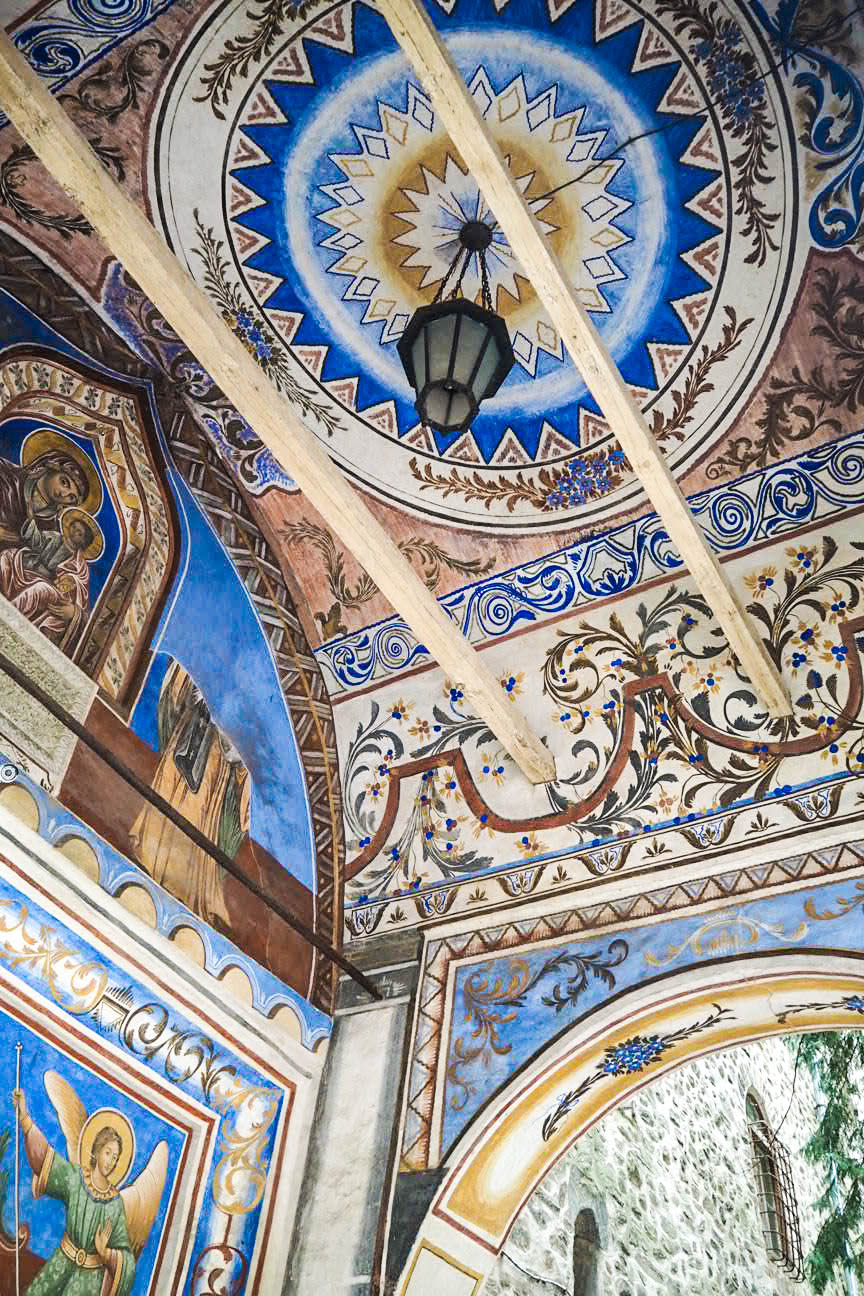 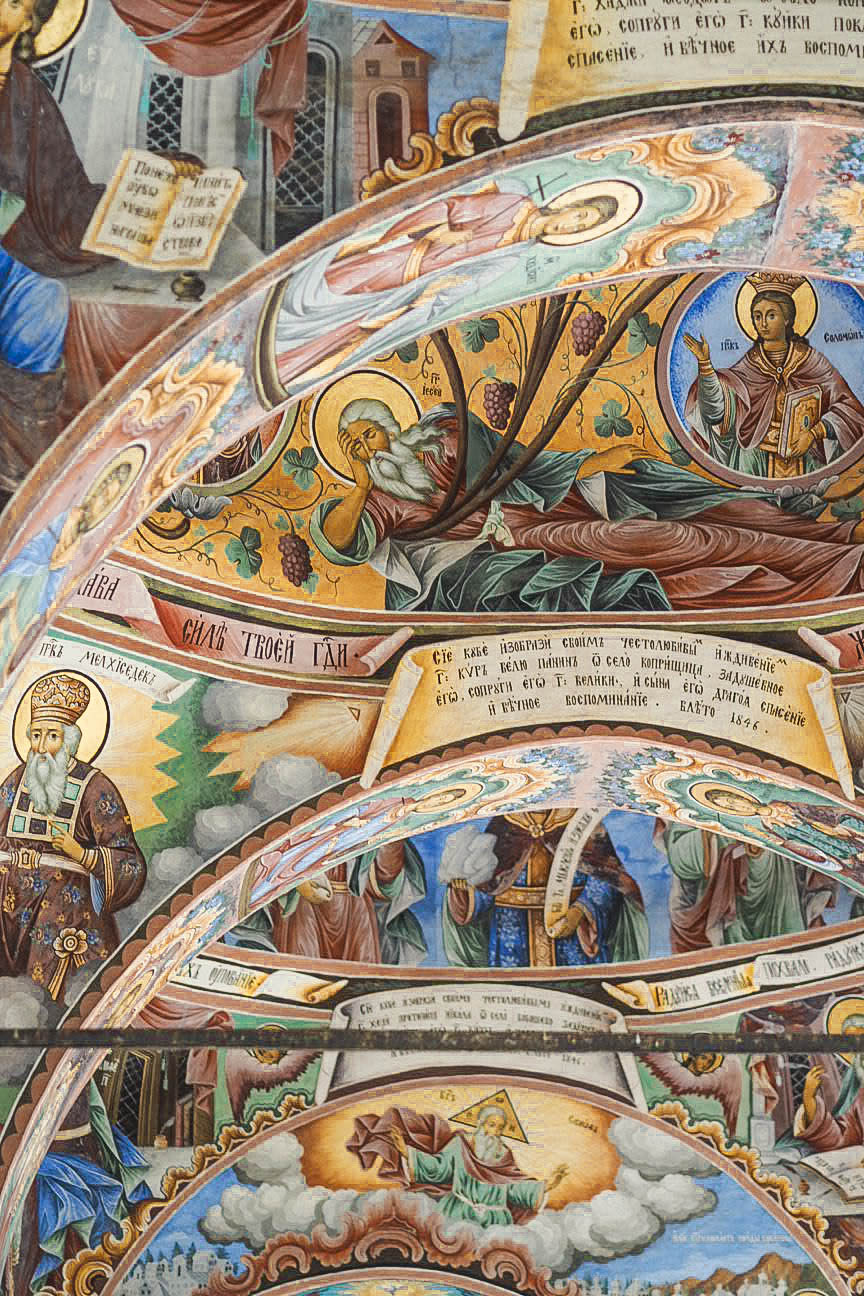 As we set off on our wander, I heard what sounded like a scream. We presumed it was a child misbehaving, but on closer inspection were horrified to find a lamb, tied up on the concrete floor and left in the rain. It was clearly distressed as it wasn’t bleating, it was actually screaming, and throwing itself around on the floor, trying to set itself free.

There were three people stood around it, and we couldn’t figure out if they were tourists or staff, until one of them picked the lamb up by two of its legs and threw it into an area out of the rain. By this point, the poor thing had pooed all over itself, and ended up throwing itself back into the rain in an attempt to get free. 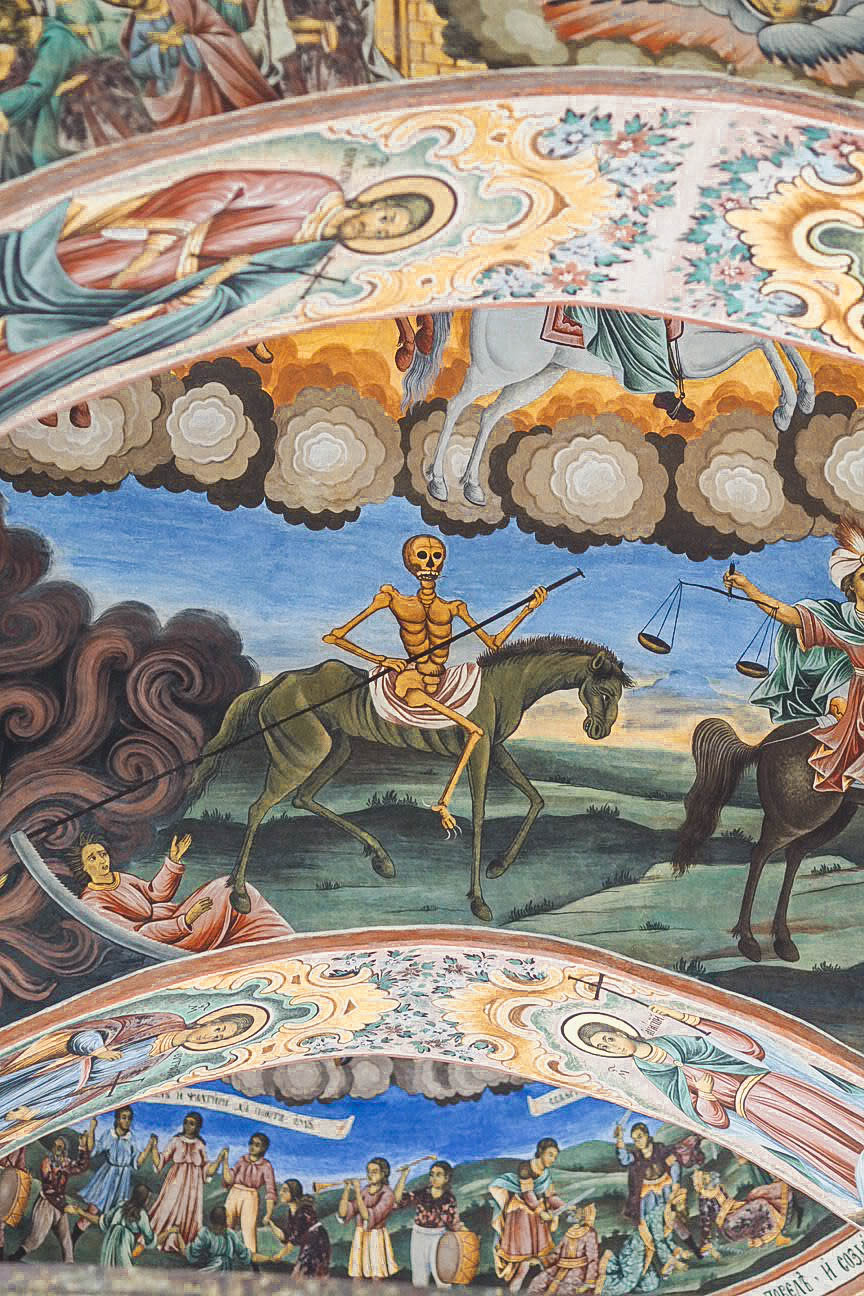 Both Charley and I were getting pretty upset at this point, but really had no idea what to do. We didn’t want to get in trouble with security guards that didn’t speak our language, and what if it was a religious ritual that the police would arrest us for disrupting? It was a relief when we saw a priest come over; we assumed that he would stop the unnecessary torture of this poor creature.

Nope. He kicked it. I couldn’t believe what I was seeing. He said some sort of prayer, which the other three joined in with, one of which was doing everything he could to avoid our gaze, and left. We couldn’t handle much more and reluctantly left. This wasn’t the UK, where I would’ve called the RSPCA and the police immediately; or filmed it and shamed them on Twitter. I felt so frustrated at how useless I was being. 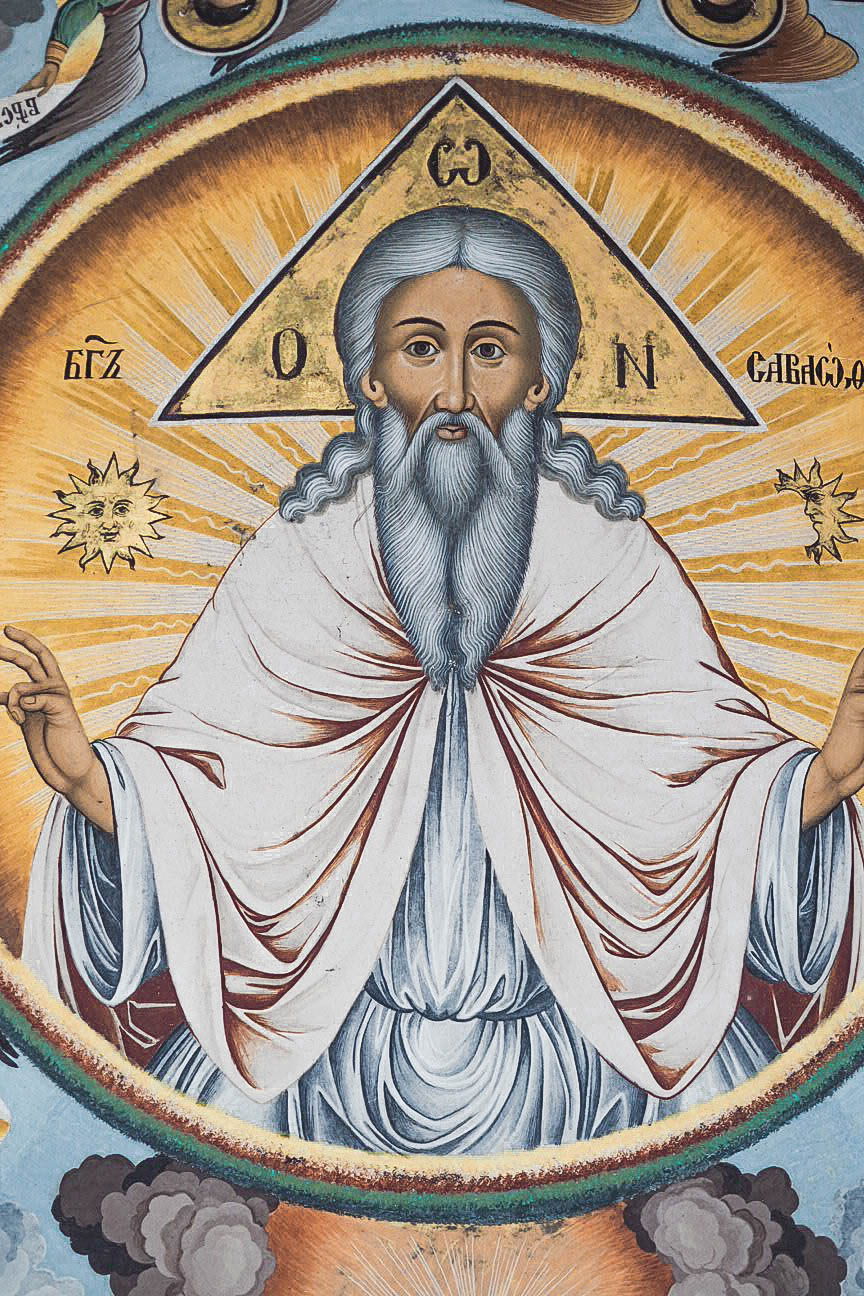 It tarnished our whole day, of course, and I can’t think of Rila Monastery as a place of beauty and sanctuary, when the people who are supposed to hold all creatures dear, left one to suffer, in open view of the public and with no shame or compassion. It was a hideous thing to witness, and even more disturbing because it was in Europe; not Asia or South America where maybe I’d expect something like this. There was no excuse, or at least, I didn’t understand, and I don’t think any explanation would change how I felt about the whole experience.