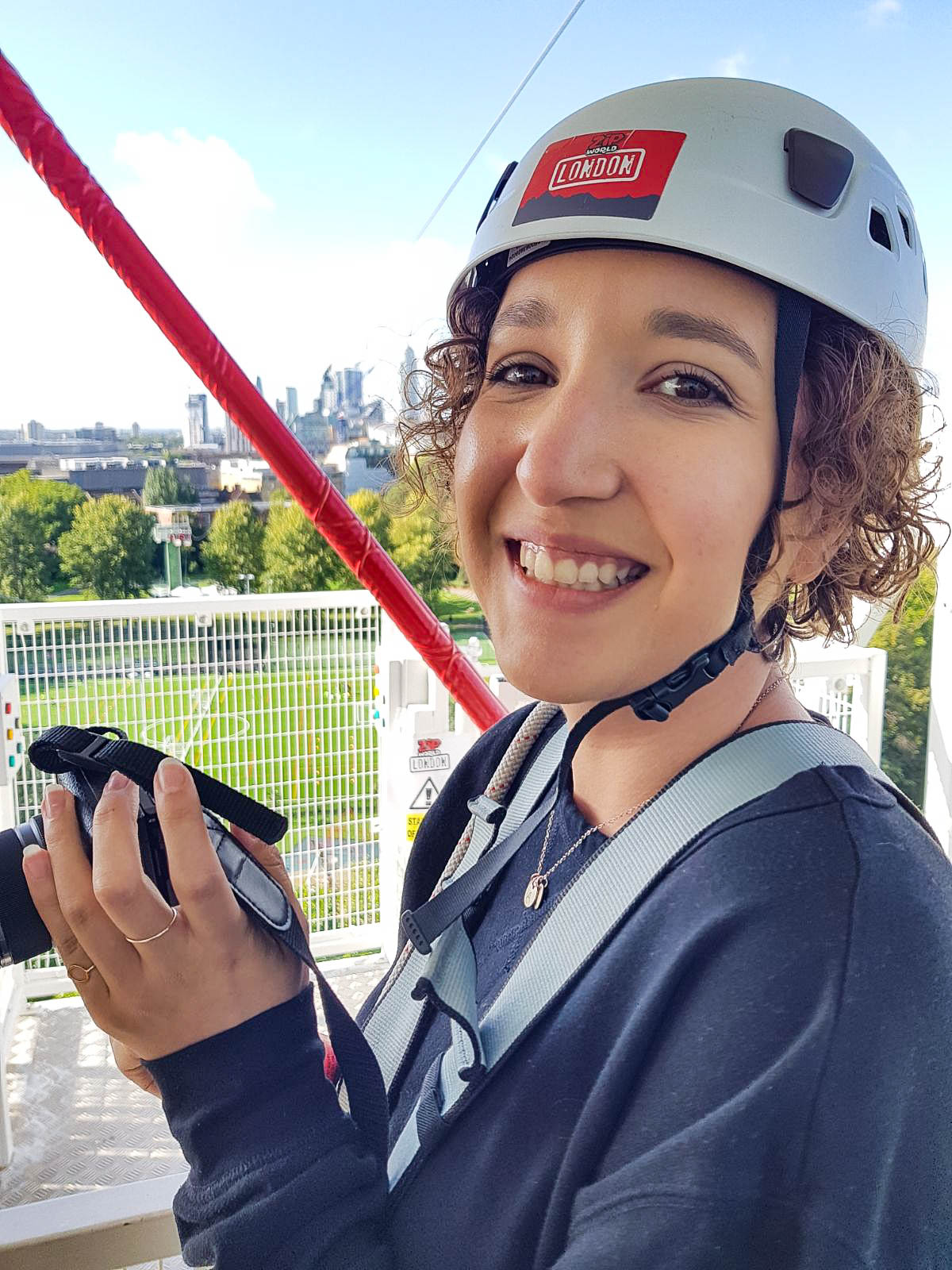 When I was told there was a birthday surprise in store for me, but that before going, I’d have to sign a waiver, my brain went into meltdown. Waivers mean ‘dangerous’, right? What could I be doing?! I’d been on the world’s biggest swing in New Zealand, so began to think that my boyfriend had planned something similar and convinced myself I’d be heading up the ArcelorMittal Orbit slide in Stratford. 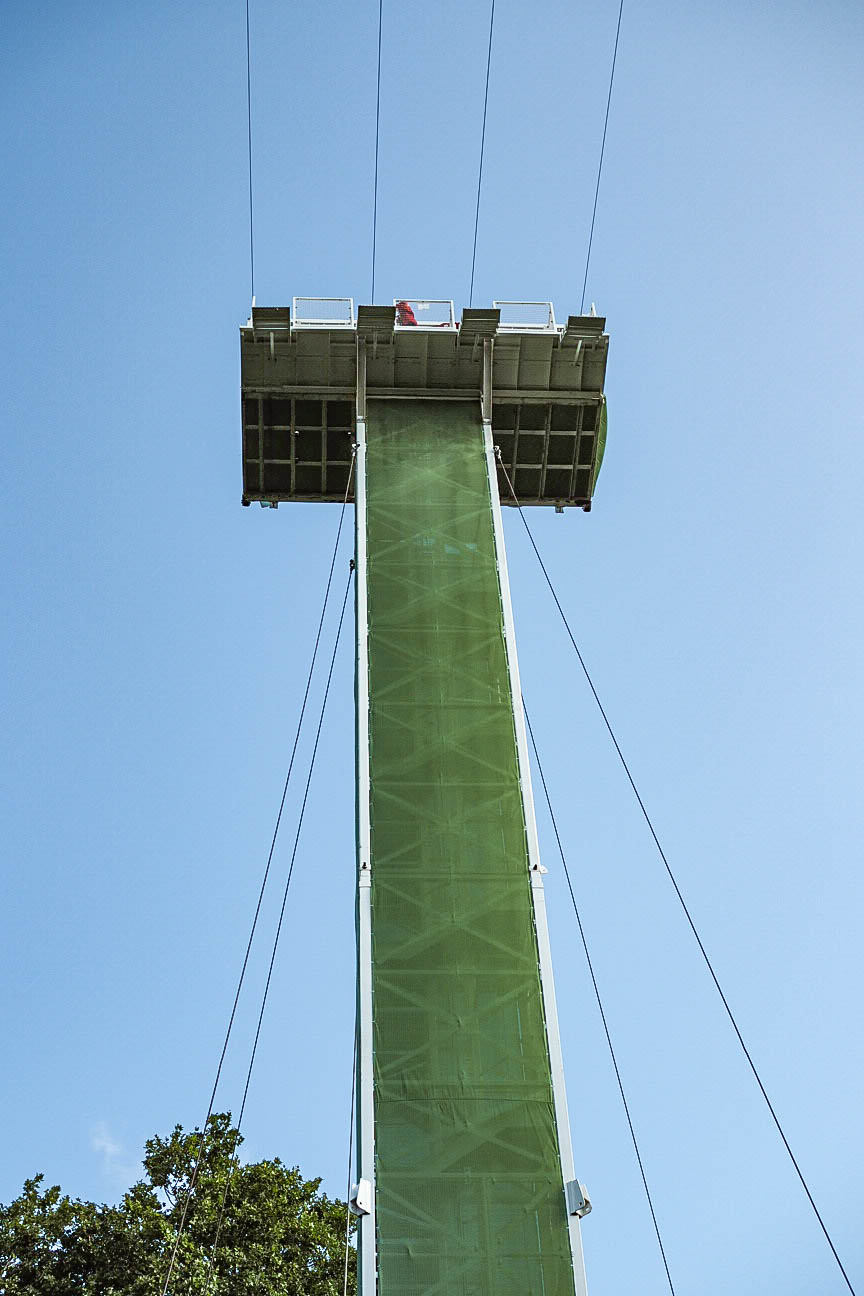 The relief I felt when I found out we’d be heading to the new ZipWorld London location instead, I literally jumped for joy. This was something I actually wanted to do after previously going on one in Wales for a friend’s hen party, and although it’s high, it’s not an enclosed space so I was happy to bounce my way over to its Westminster location and get harnessed up. 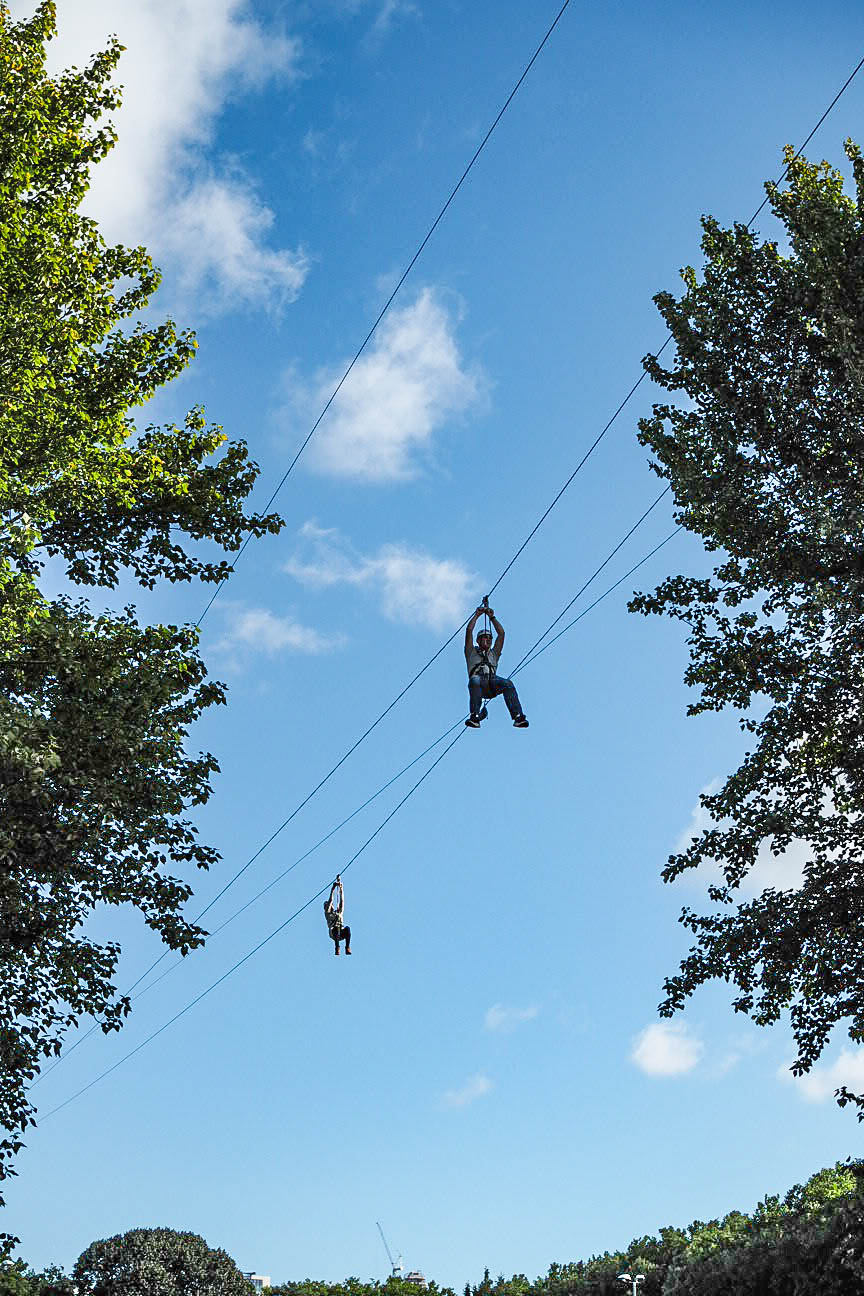 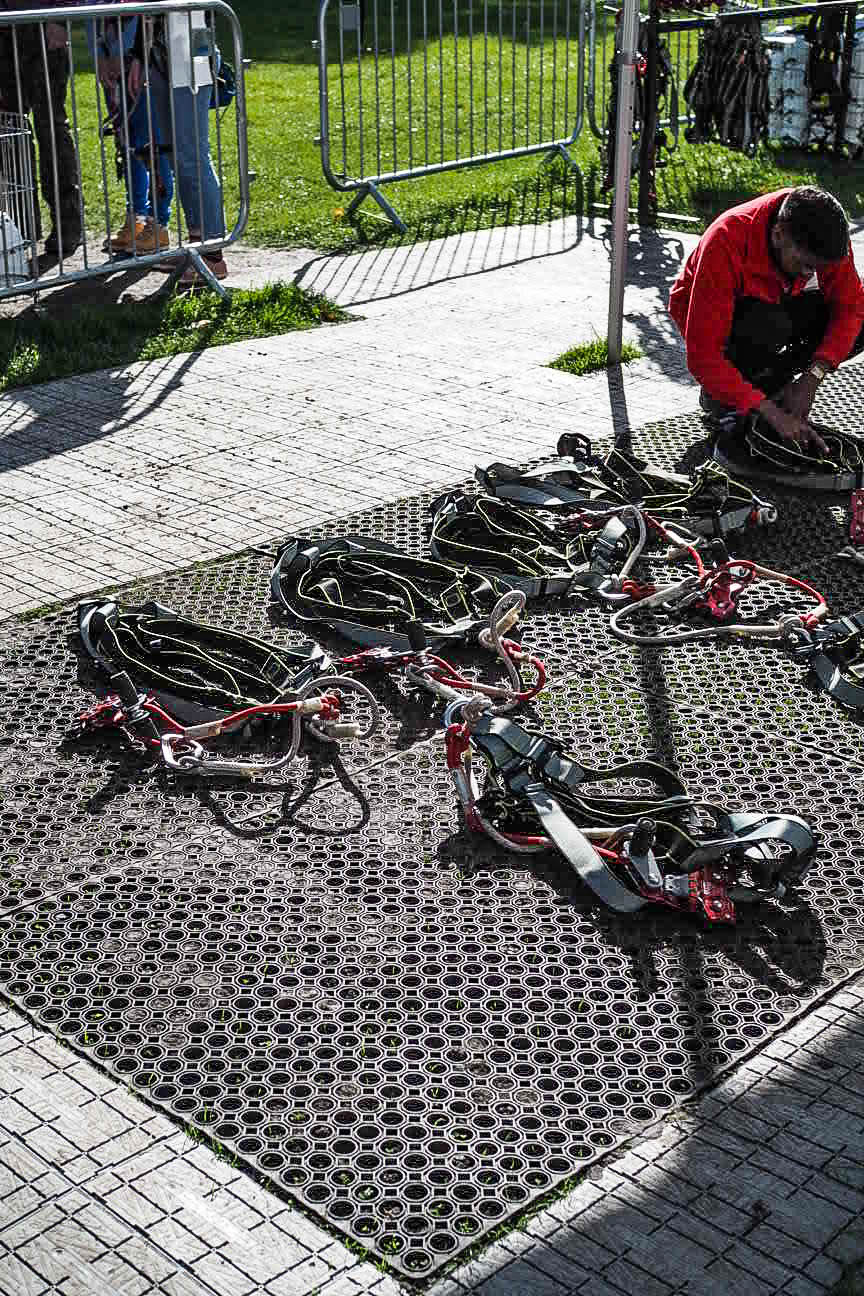 After watching a safety video, we tucked our belongings into a locker and borrowed a bumbag so I could keep the key and my camera safe. We were kitted out in harnesses and helmets and walked from the holding area, through the park and over to the launch tower. Just a 100-odd stairs were in our way, and after having a hearty birthday brunch a few hours before, it was hit and miss as to whether we’d actually make it to the top! 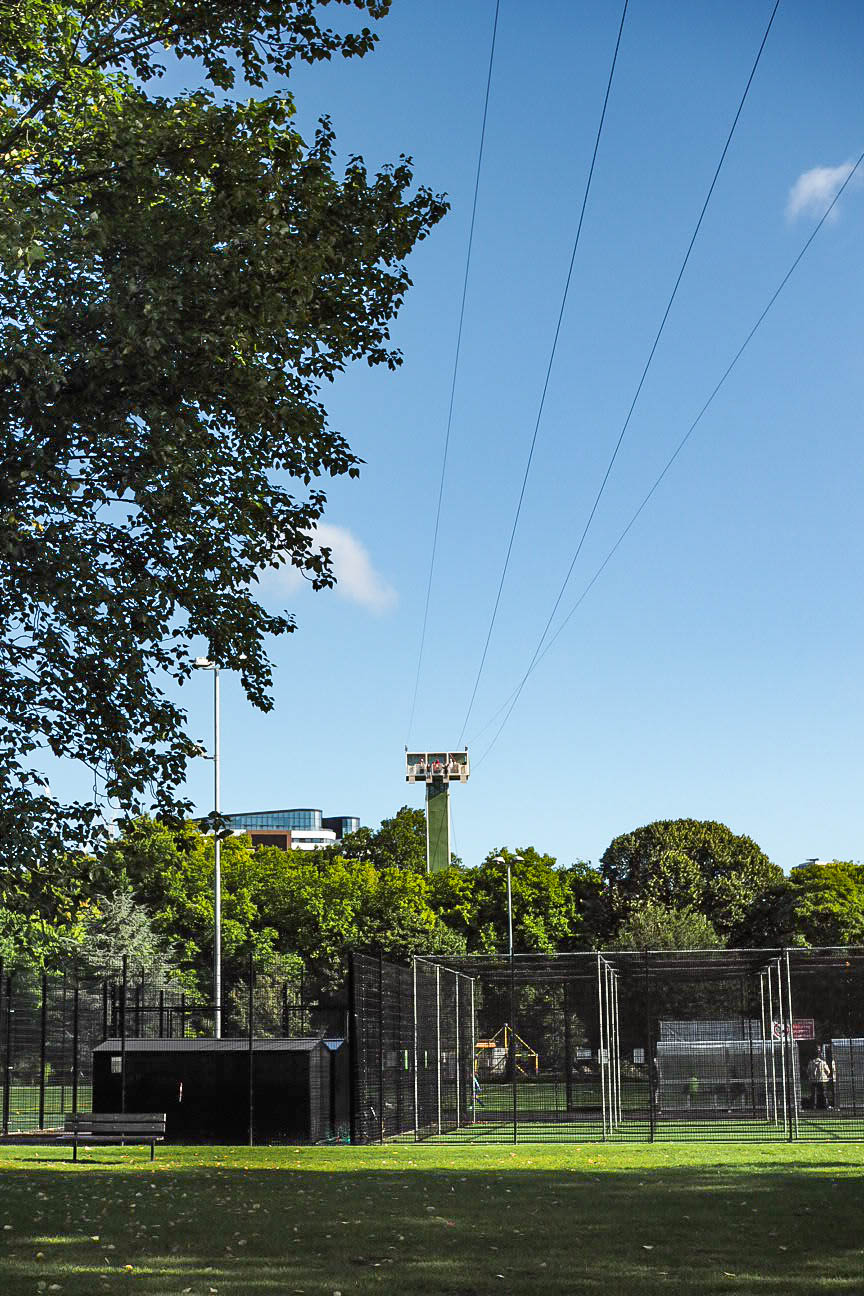 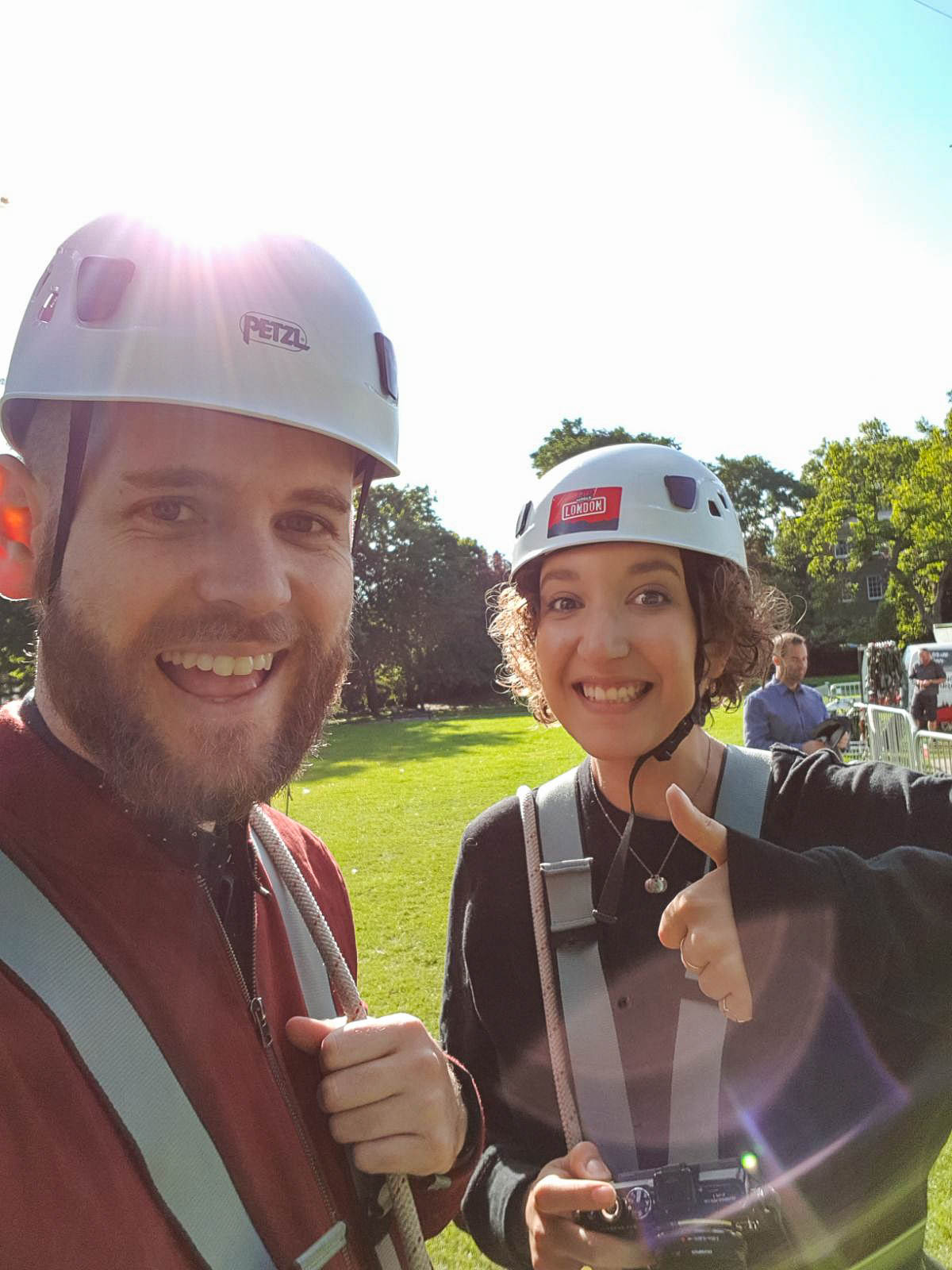 The view over London was beautiful and we’d lucked out on a sunny morning; I can’t image a zip wire in drizzle is particularly pleasant! Although the tower wobbled slightly in the breeze, I felt remarkably calm; excited rather than scared. I was hooked up to the wire and told to step off the edge onto a three-stair staircase that then dropped straight off to the park below. That made me feel a bit wobbly. 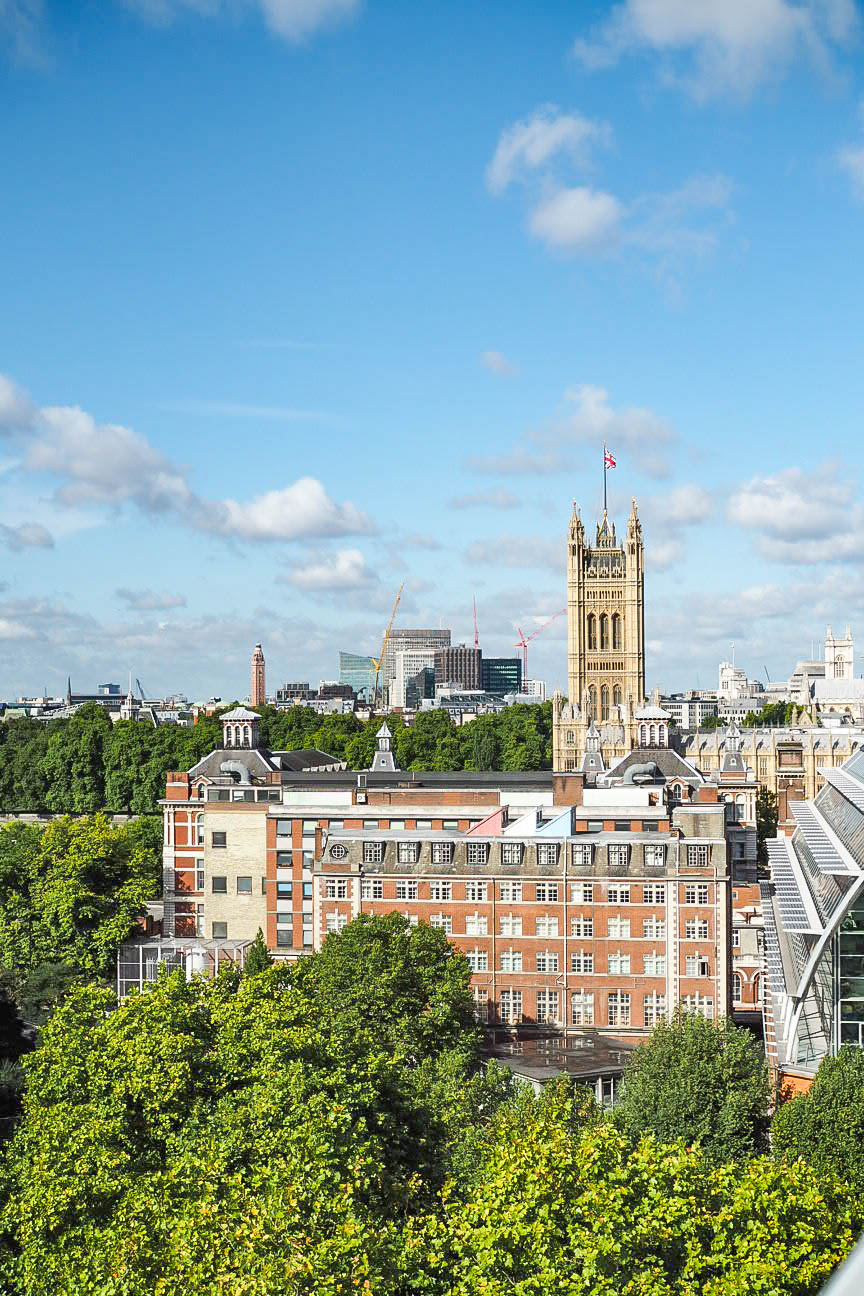 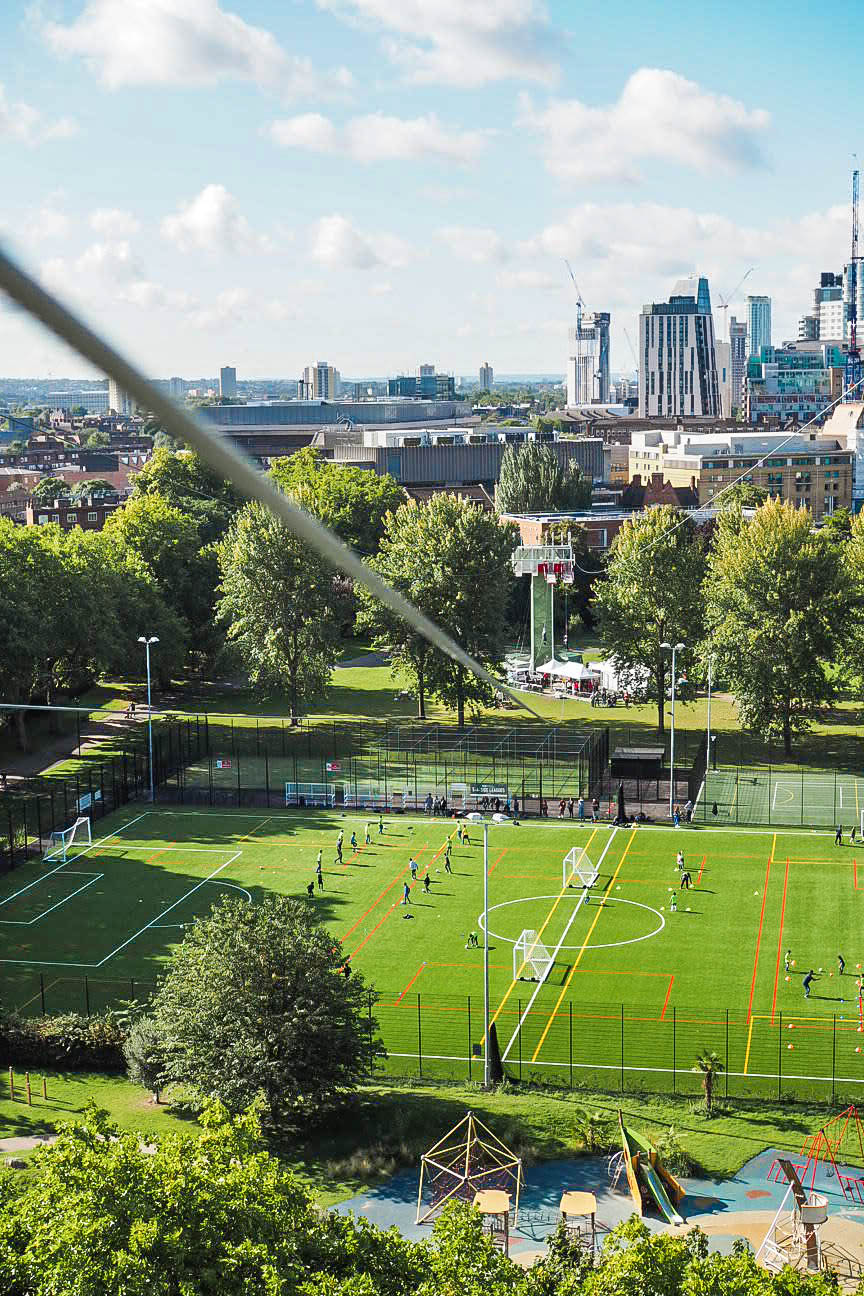 It takes a certain amount of ‘fuck it’ attitude to propel yourself off a 35 metre high platform, but once you convince yourself you’re not going to die, the fun kicks in! Legs dangling in thin air, only a tiny pair of handlebars to hold on to, and heading towards a podium at 30mph whilst bewildered dog walkers and football players looked up from below. 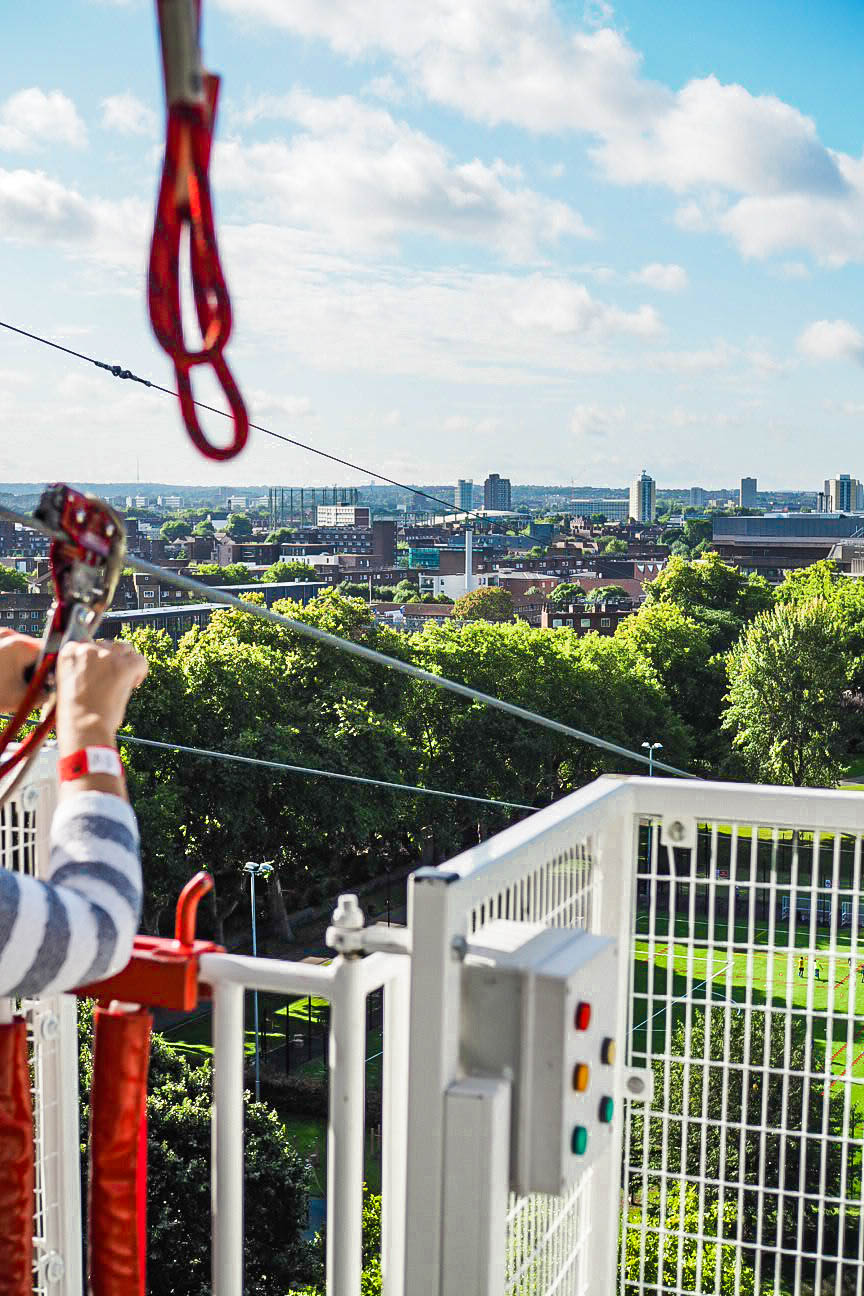 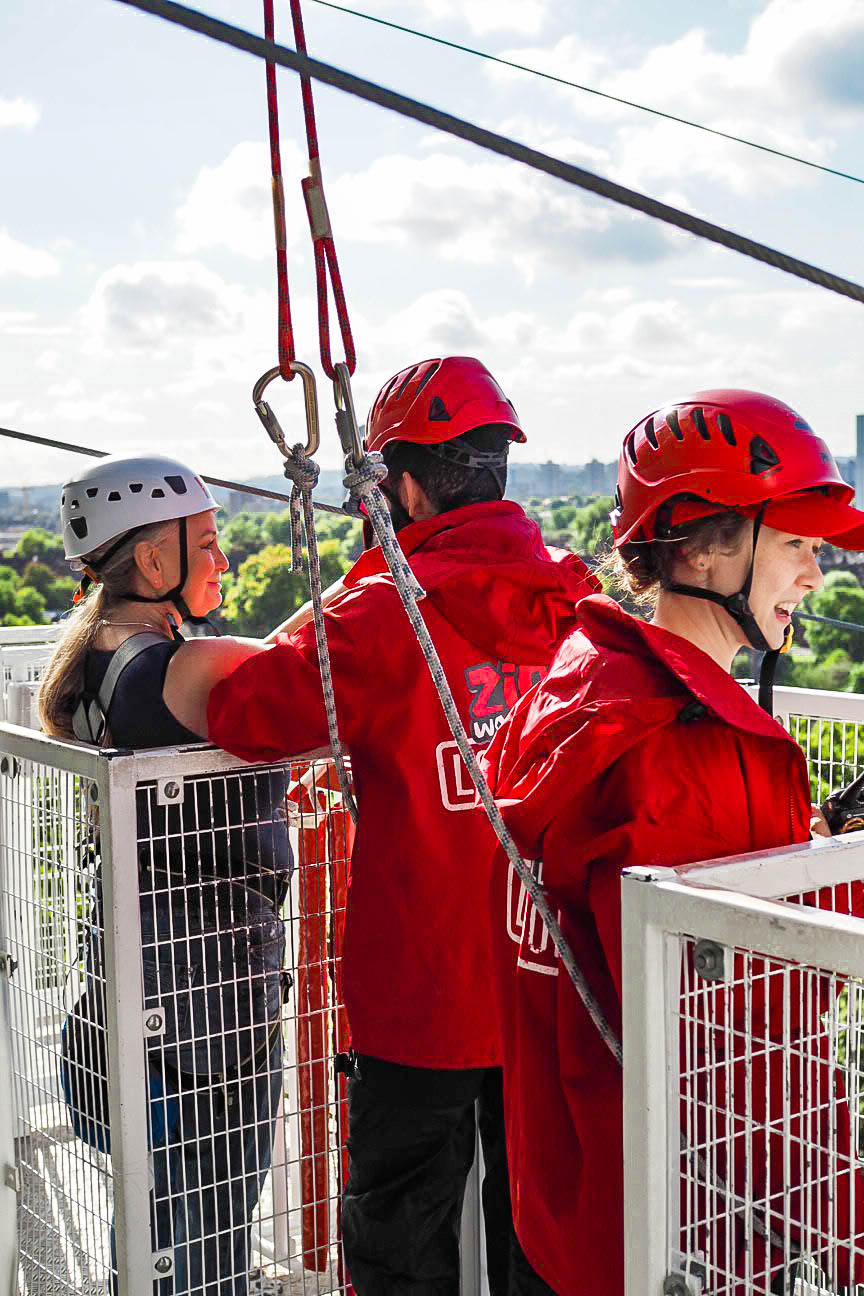 The adrenalin meant that as after I’d pulled myself up the ramp at the end and been unclipped from the wire, my legs were shaking as we walked all the way back down to be relieved of our harnesses, but unlike other adventurous experiences I’ve done before, I didn’t come away with a sense of ‘THANK GOD THAT IS OVER’. I would definitely do this again, but there isn’t much time. Zip World London closes on 1st October, so make sure you get your ticket asap, or check out their main park in Wales which is open all year around.