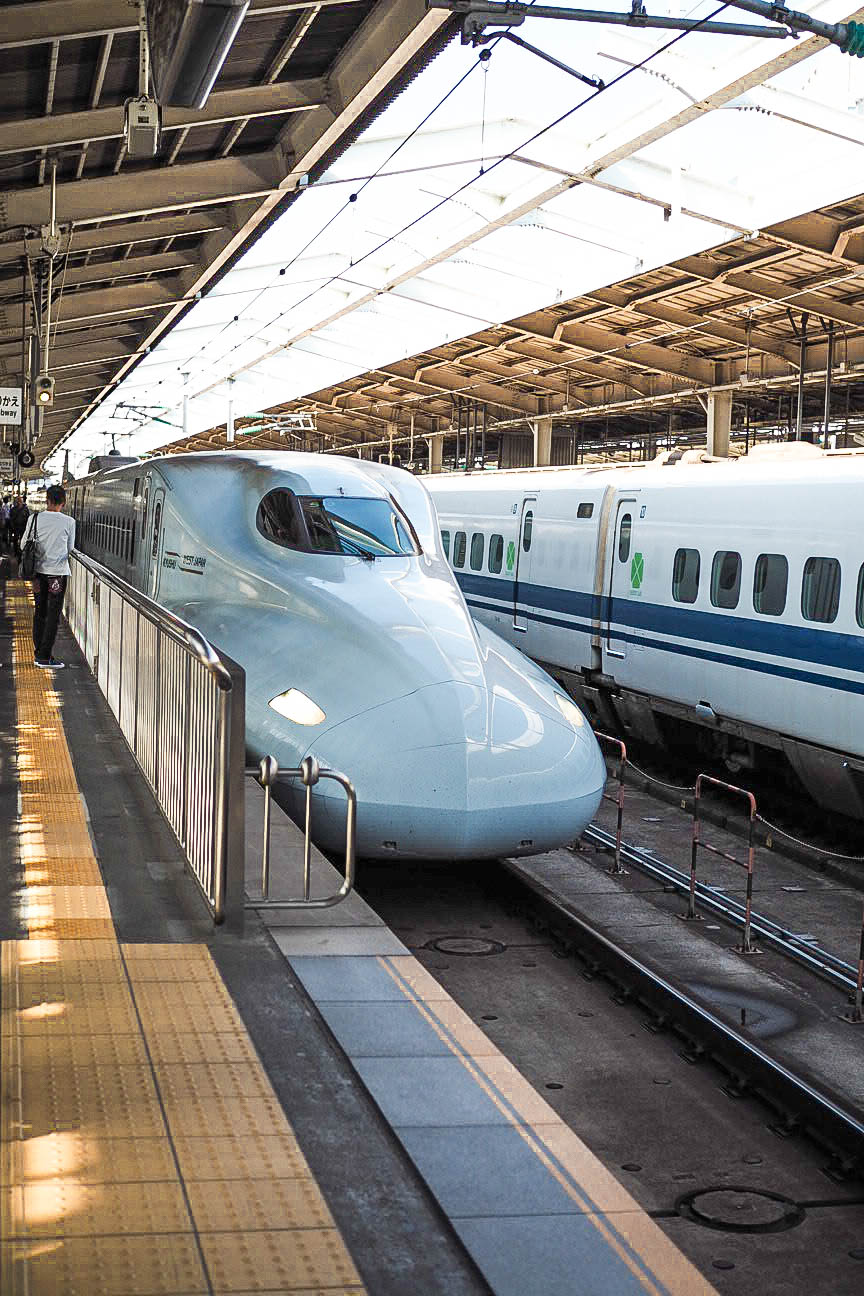 When my friends and I were planning our trip to Japan, we knew we wanted to cram in as many places as possible within our two-week itinerary. Bullet trains are synonymous with the Land of the Rising Sun, and it was the obvious way to travel so that we could see as much of the country whizzing by as possible as well as tell people how fast they are (my ears popped and I felt dizzy on our first one, so BIG TICK there!). 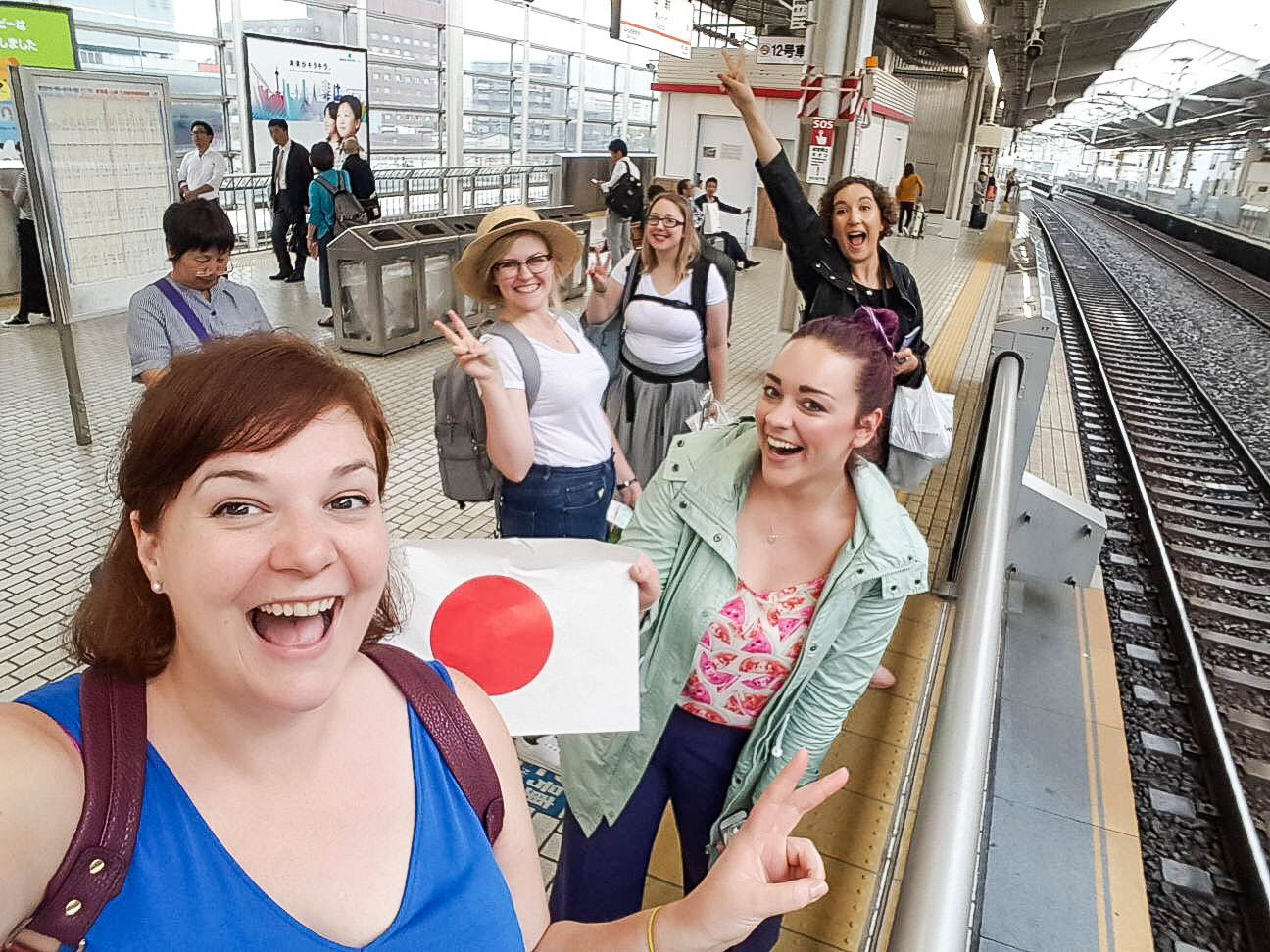 We used a JR Pass* which had us covered for long-distance journeys on most of the bullet trains and regular-speed trains (borrrrrriiiiiiiiing), but also allowed us to travel on other transport across the country including the airport train in Osaka, the ferry back from Miyajima island and the sightseeing bus in Hiroshima. 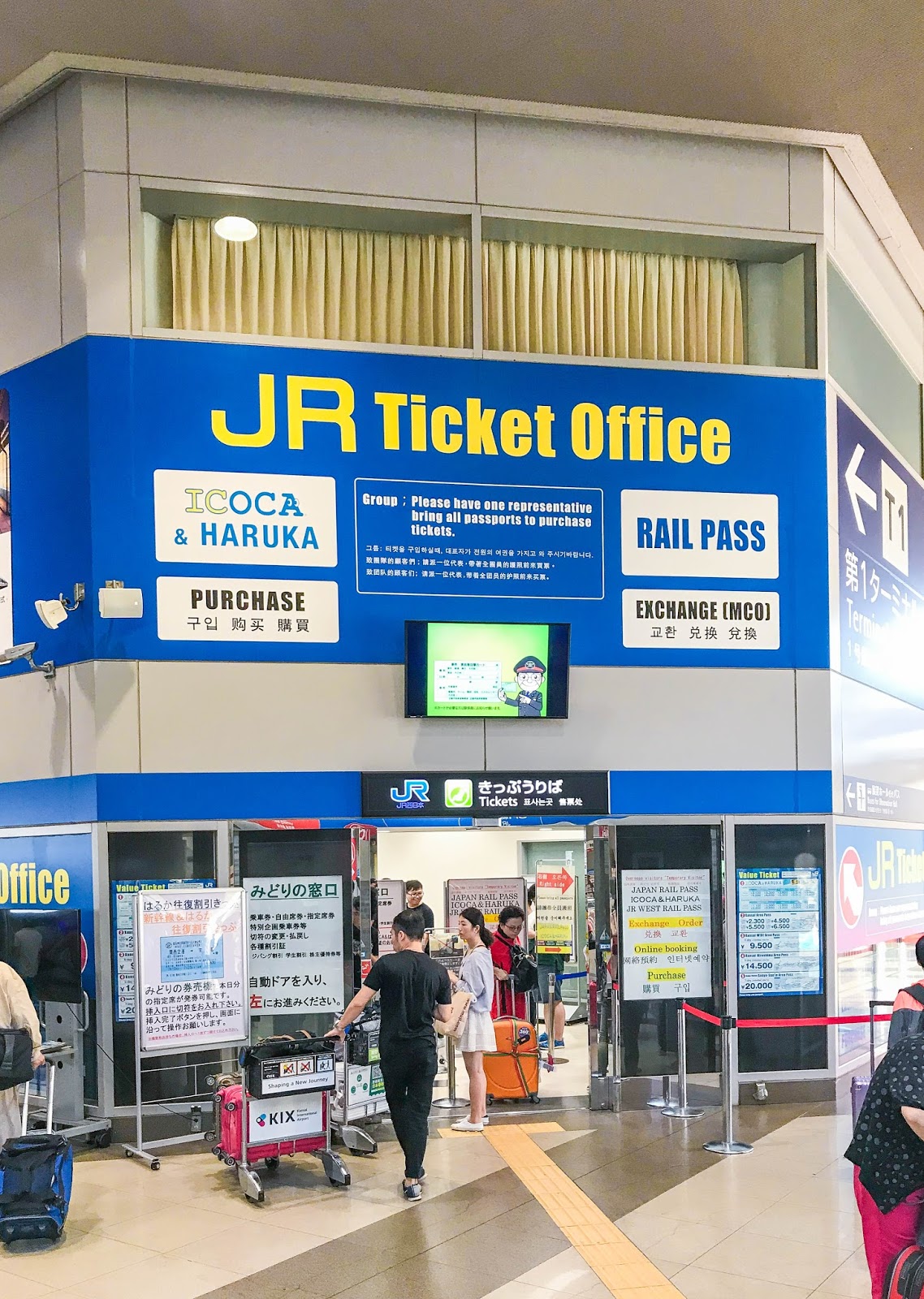 Within cities, we had to buy subway and bus tickets (always with cash at ticket machines, so be prepared!), but they were only a matter of a hundred Yen here and there which is the equivalent of PENNIES. I’ll go into more detail on how to handle Japanese transport in my Beginner’s Guide post, but let me just say that Japanese train travel is a DREAM. It just highlights how much National Rail and TFL seriously over-charge for the shoddy, dirty and unpleasant transport I have to get every day.

So, to help out, here’s a few things the British transport industry could learn from Japan Rail: 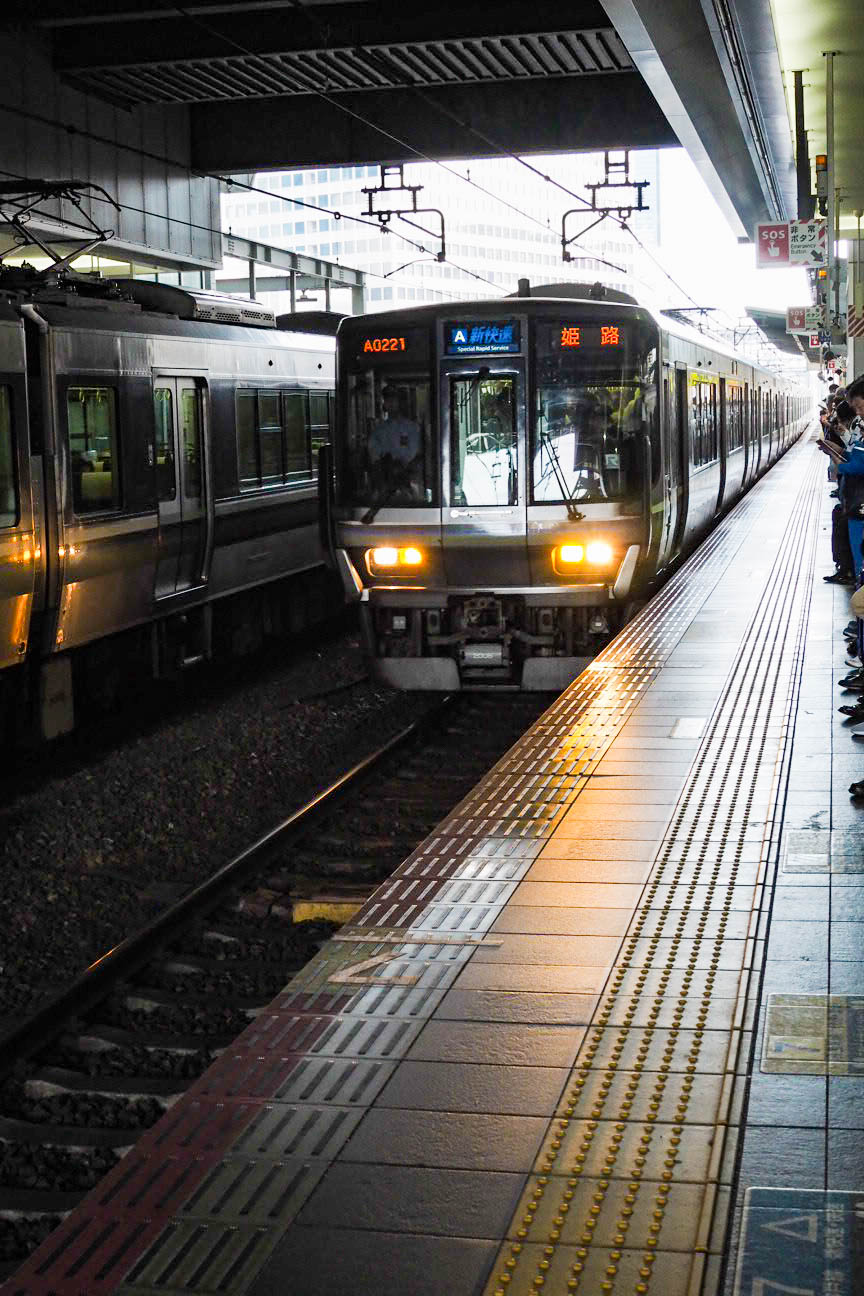 UK transport: You’re on your way home from a pleasant evening’s beverages with friends and who sits next to you? Some selfish end eating a bucket of KFC or a big fat burger that stinks out the whole carriage. It’s the travel equivalent of somebody heating up fish in the office microwave, and it’s vile. They then proceed to leave the bag of rotting poultry bones on the seat when they get off.

Japanese transport: Your entire journey is free of gross smells because food isn’t allowed. You can sip a drink, no problem, but try and get your McTeriyaki Burger (a real thing, FYI) on the subway home and someone will most definitely say something to you.

Phones should be on silent 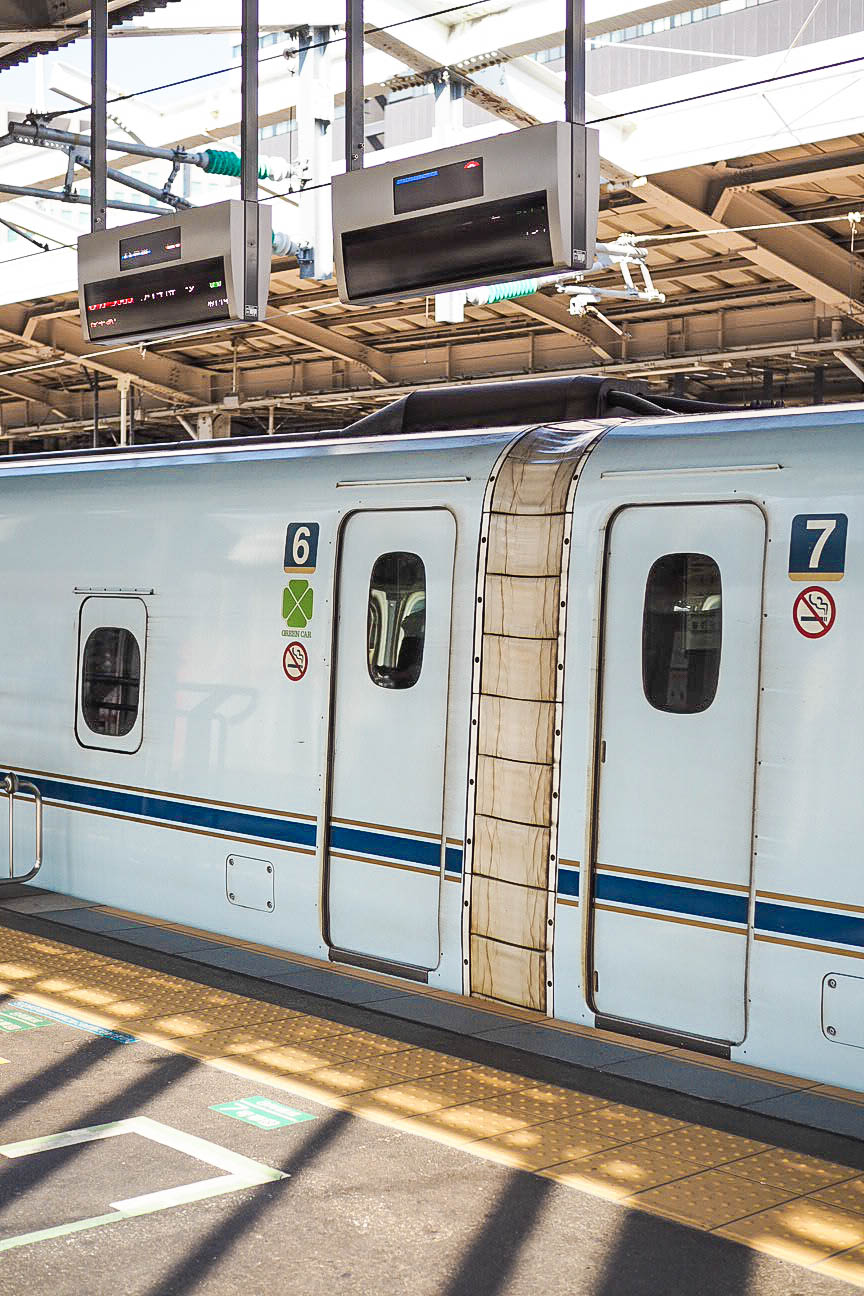 UK transport: You book a Quiet Coach ticket for your three-hour train journey up north, but of course this is the right time for Nattering Nancy to have a full debrief on her belter of a weekend on her hands-free. You ask the conductor if he wouldn’t mind reminding her of the sign on the window right next to her, but he’s far too British about it and just moves to the next carriage so he doesn’t have to speak to you ever again.

Japanese transport: You put your phone on silent because you’ll be utterly MORTIFIED if your phone goes off as everyone is so considerate that they wouldn’t even think about having theirs on loud. The announcements over the speaker tell you which station is coming up next and kindly remind you to keep noise to a minimum. Bliss. 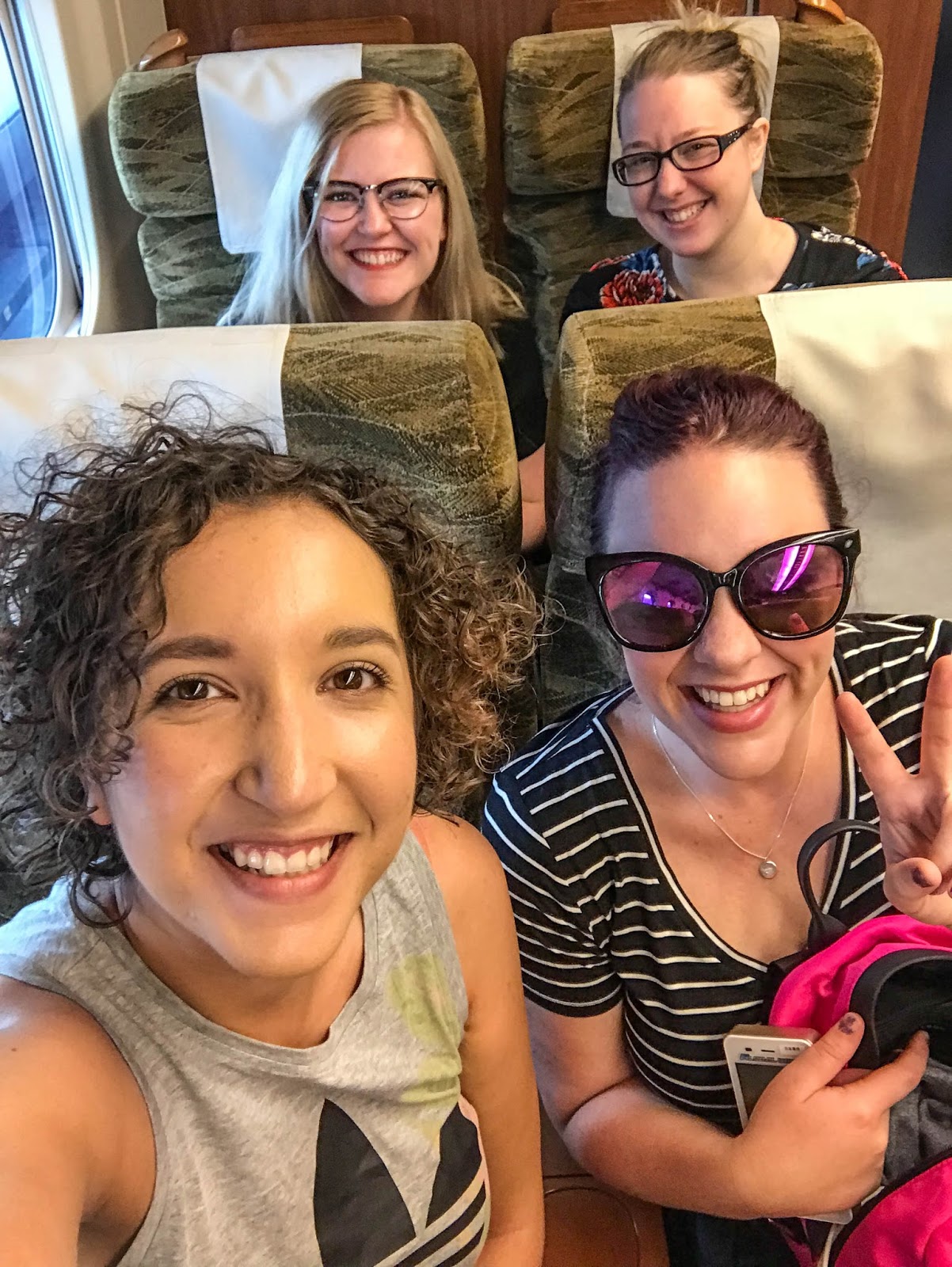 UK transport: You head on a train just before peak time but the only seat available is in a set of four; you just KNOW you’re going to have some weirdo sit opposite you, so you just opt to stand instead.

Japanese transport: You don’t fancy facing strangers, so you push the back of the seat using the hand grip on the top and flip that bad boy right around, turning a square of four seats into two rows of two. Wonderful, isolated travel at its unsociable finest.

A clear queueing system to board trains 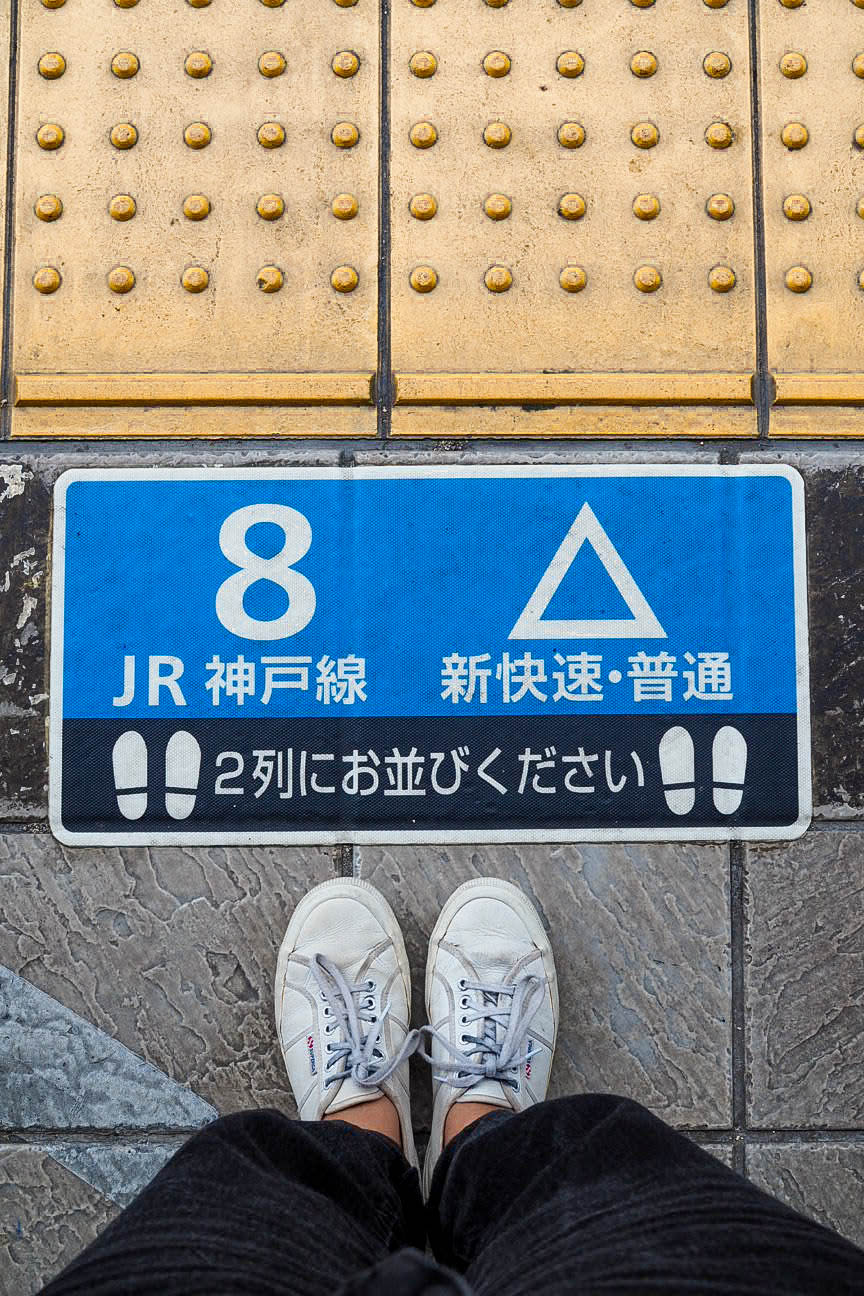 UK transport: PILE ON. QUICK. THE DOOR ISN’T STOPPING ANYWHERE NEAR YOU; SHOVE PEOPLE OUT OF THE WAY, PANIC UNNECESSARILY SO YOU CAN JUST GET ON THE DAMN TRAIN.

Japanese transport: You see a number of short queues along the platform, all standing patiently in between clear lines that mark each side of where the train doors will stop. You join the shortest queue, wait for people to disembark through the exit section (also marked on the floor), and calmly board the train. 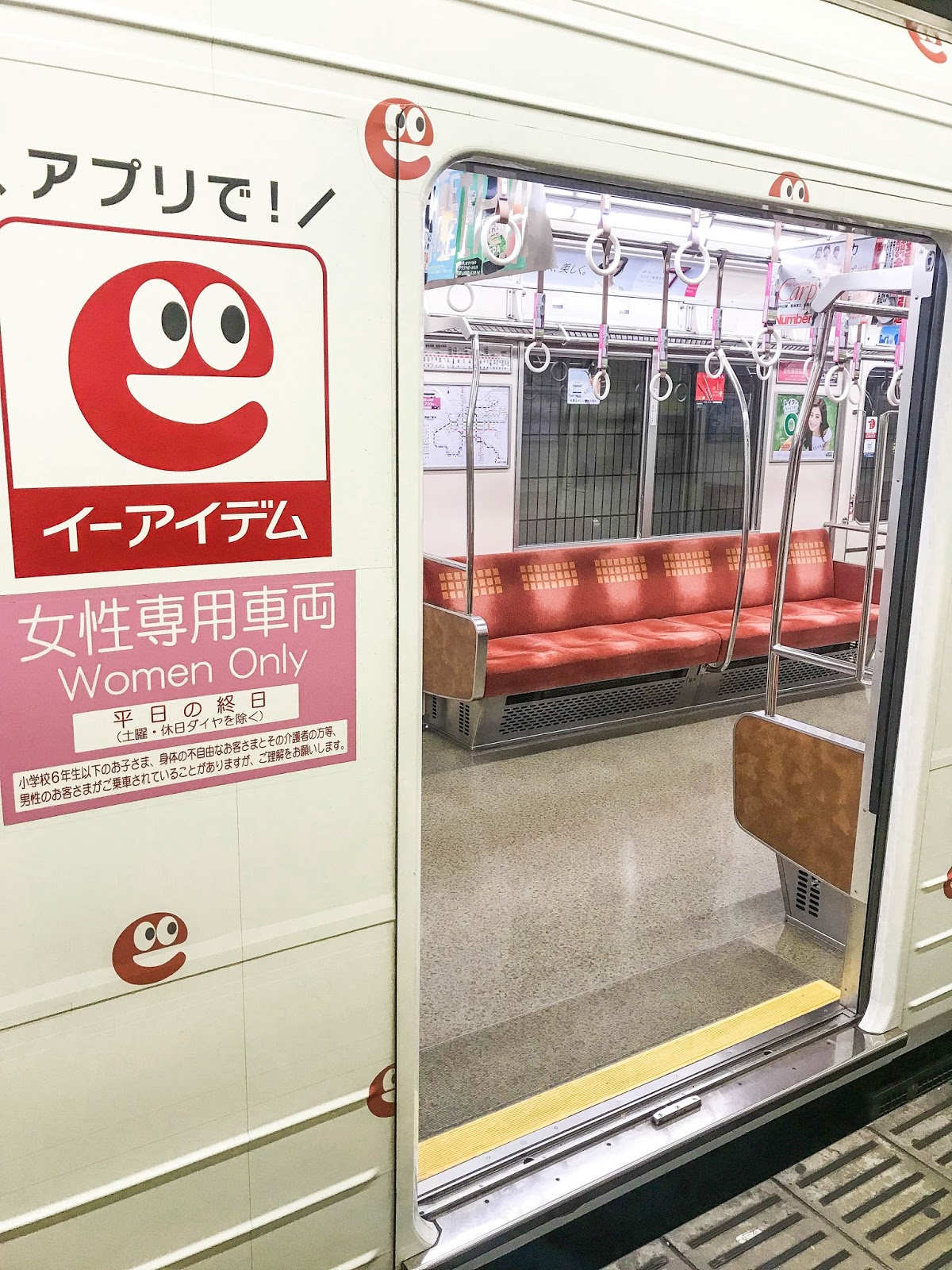 UK transport: You board the tube and realise that the guy opposite you is looking you up and down with such obvious head motions that it looks like he may in fact be a Thunderbird puppet. You move carriages at the next stop and another neanderthal takes it upon himself to grab your arse as he makes a swift exit from the train. You hold back tears and update your #MeToo status, frustrated at the pure and simple fact that you can’t get public transport in your own home city without fear of being sexually assaulted.

Japanese transport: You board one of the Women Only carriages and sit down opposite another woman who barely looks up from her book as you take a seat. You travel home carefree although a little annoyed that it takes actual gender segregation to ensure your wellbeing. 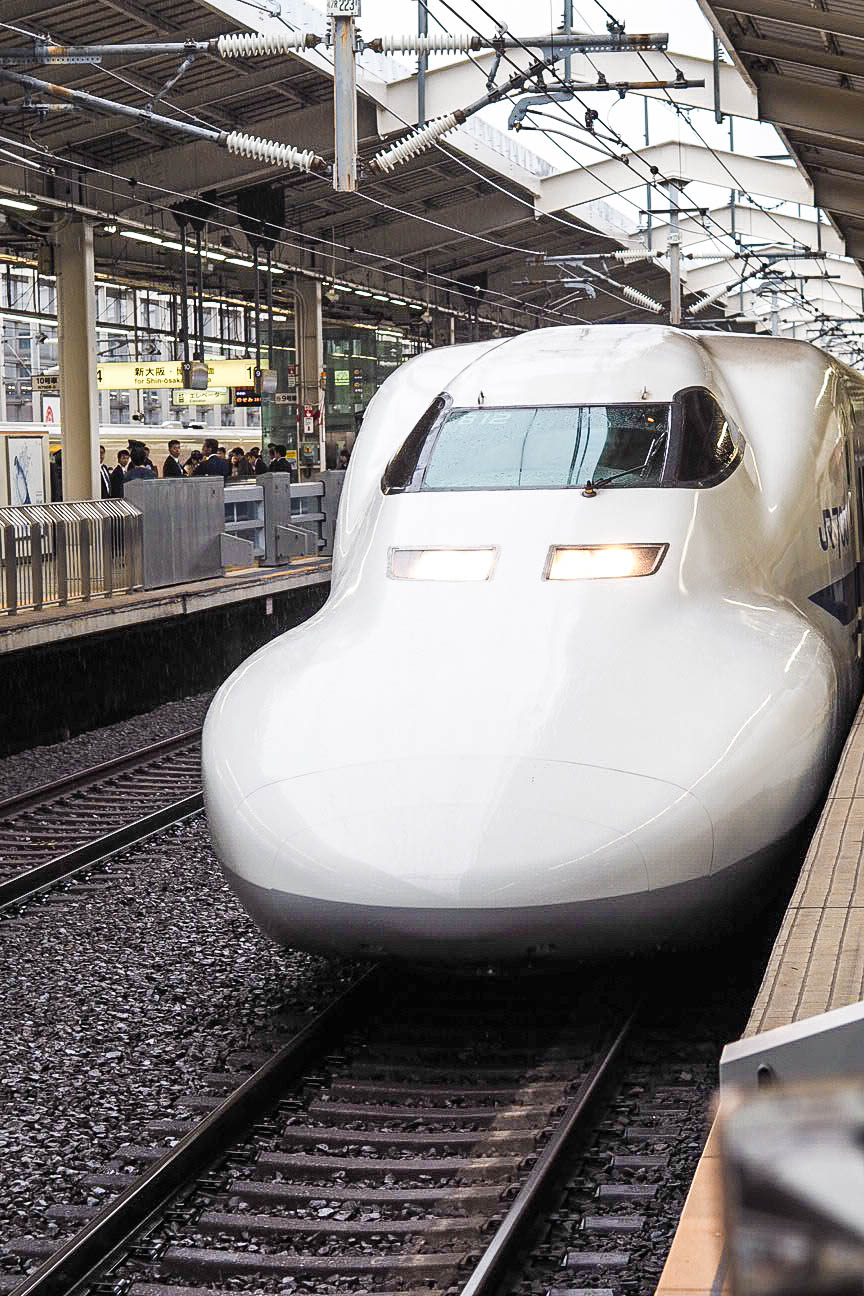 UK transport: You plan to visit your parents who live only 30 mins away by National Rail. You take out a payday loan in order to pay for the most uncomfortable half hour of your life in carriages that are so small and so hot that you become convinced you must have died and been resurrected as a part-cooked bread roll.

Japanese transport: You shell out a few coppers from the bottom of your purse and can still afford a giant coffee, extra hot, extra foam, extra obtuse, every day for the rest of time.

So much leg room 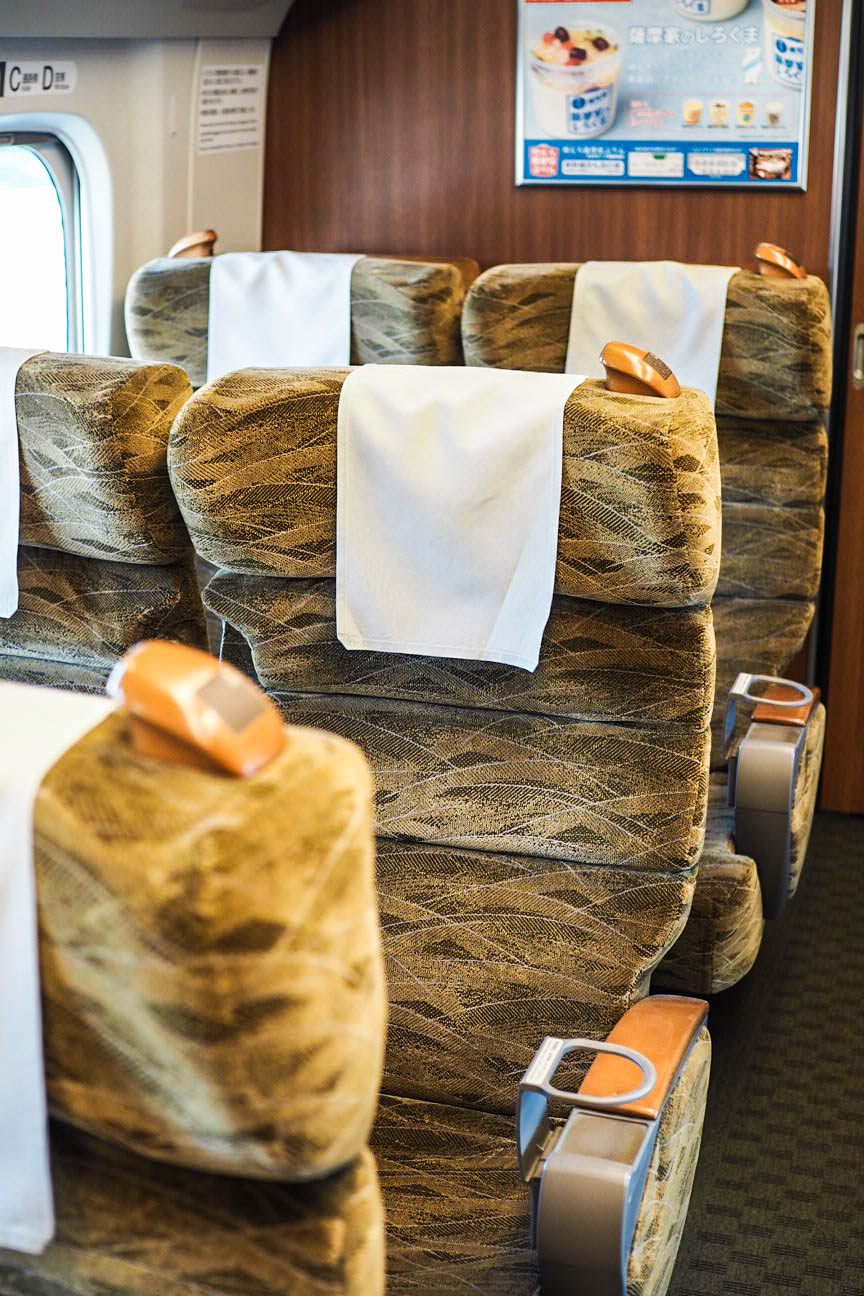 UK transport: You board standard class for your long-distance train ride to Somewhere Out of London, curl your knees up to your chin, and wander why your 5ft 2″ mum’s genes didn’t put up more of a fight against those belonging to your 6ft 2″ dad.

Japanese transport: You are easily the tallest person in Japan. You sit down and can stretch your legs out as though you’re bossing it in business class. You watch as a regular-height Japanese woman sets up an entire fortress for her whole family in the leg room that she has been graced with. 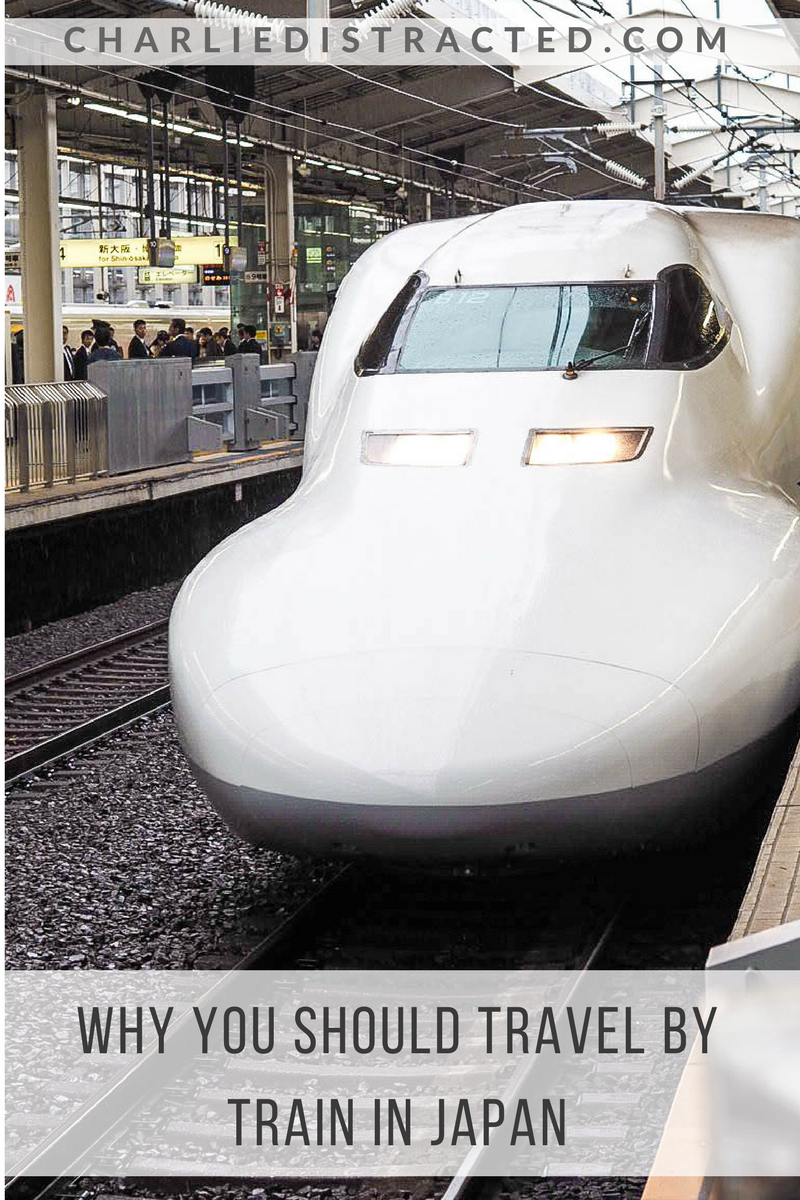 *My JR Pass was complimentary, however I’d 100% pay for it because it beats the UK system hands-down