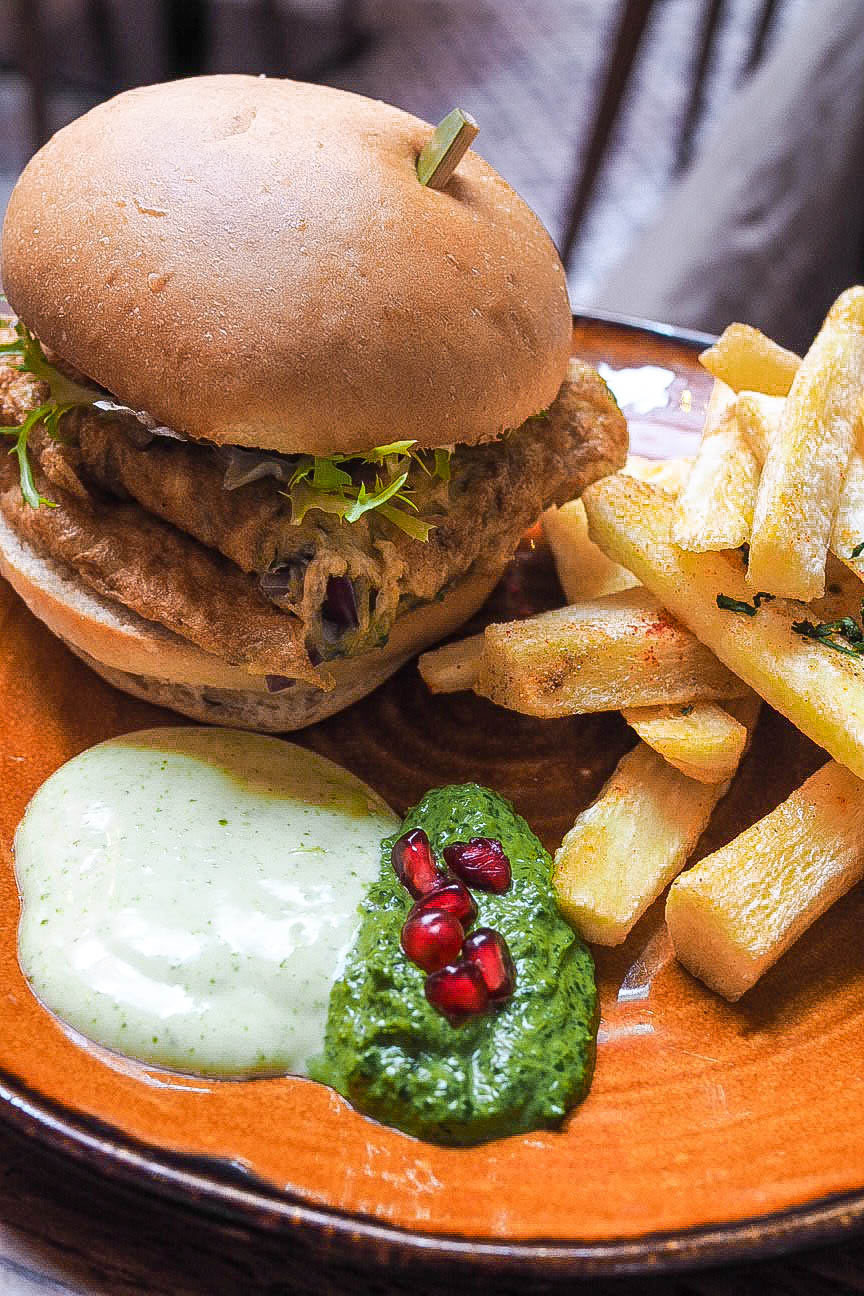 Brunch in London can be a stressful affair. The city’s obsession means you often need to book weeks in advance or queue with the masses to get your bacon and bellini fix. On a rare, quiet Sunday, our only plans were to hit up TK Maxx for some thermal socks for our upcoming trip to Iceland, and wondering through Covent Garden I was surprised to see Cinnamon Bazaar looking relatively empty. It’s been on my to-eat list for a while, so I ditched plans of seeking out French toast and went in. 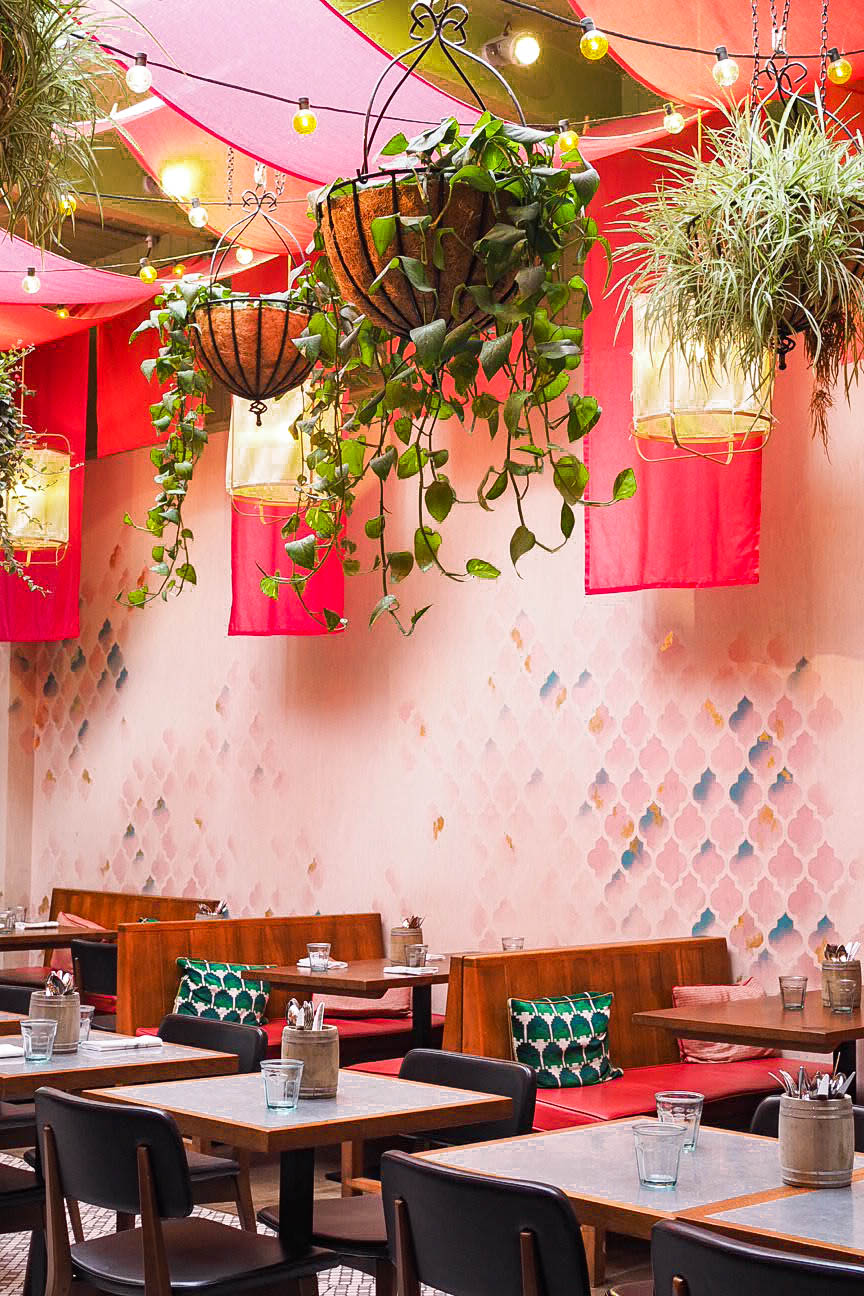 Sat amongst deep hues of pink and green, we sheltered from the cold by starting with masala chai lattes, sprinkled with cinnamon on top. A drink that’s so commonly found in every cafe and coffee shop, these weren’t the disappointing milky froth that I’m used to but silky and warming in temperature and flavour. 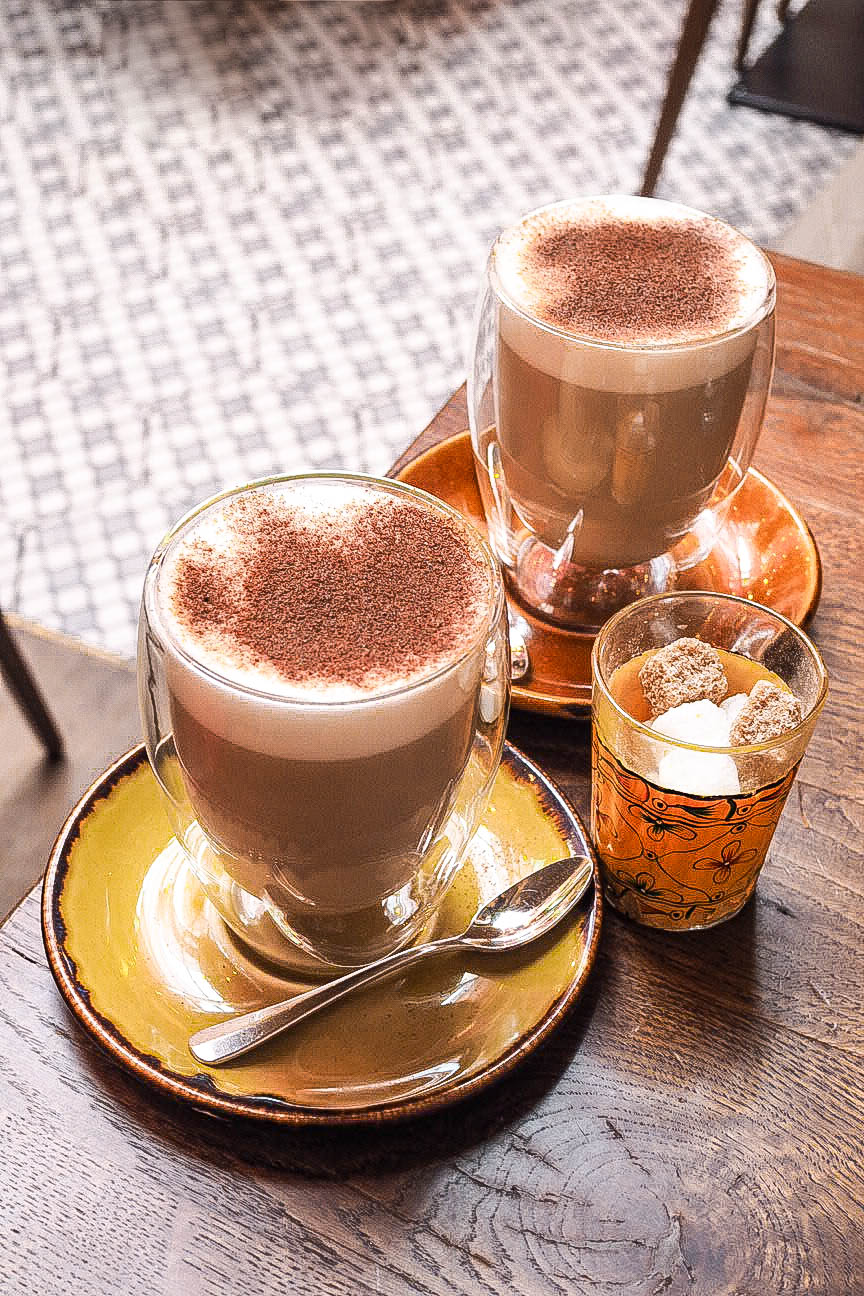 We may have been perusing a menu built with Indian inspiration, but we were having brunch, and that required eggs, despite the fact that I definitely could’ve gone in for a biryani at 11am (or any time of day, to be honest). We shared the bun omelette and mughlai paratha, the former being an omelette int he traditional sense but seasoned with masala and served in a brioche bun. 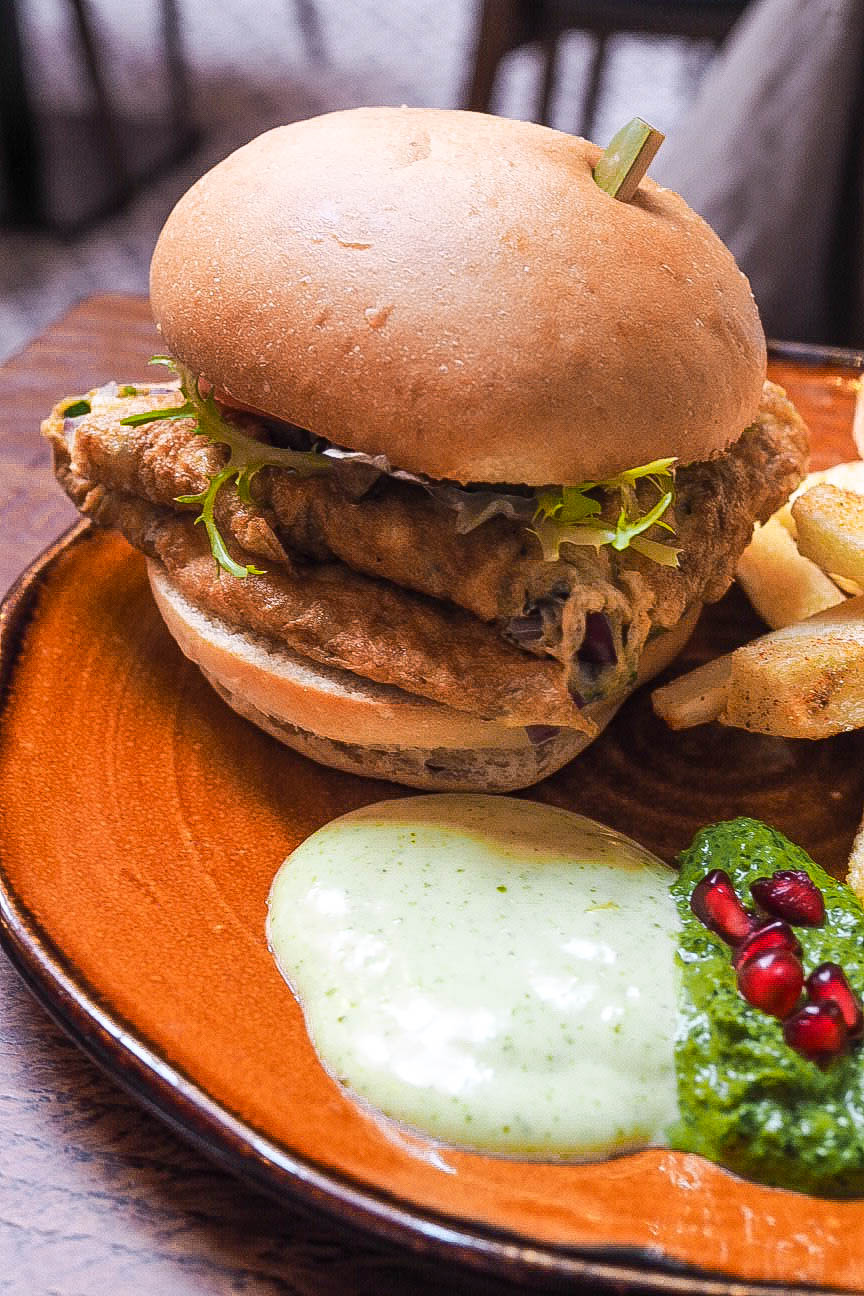 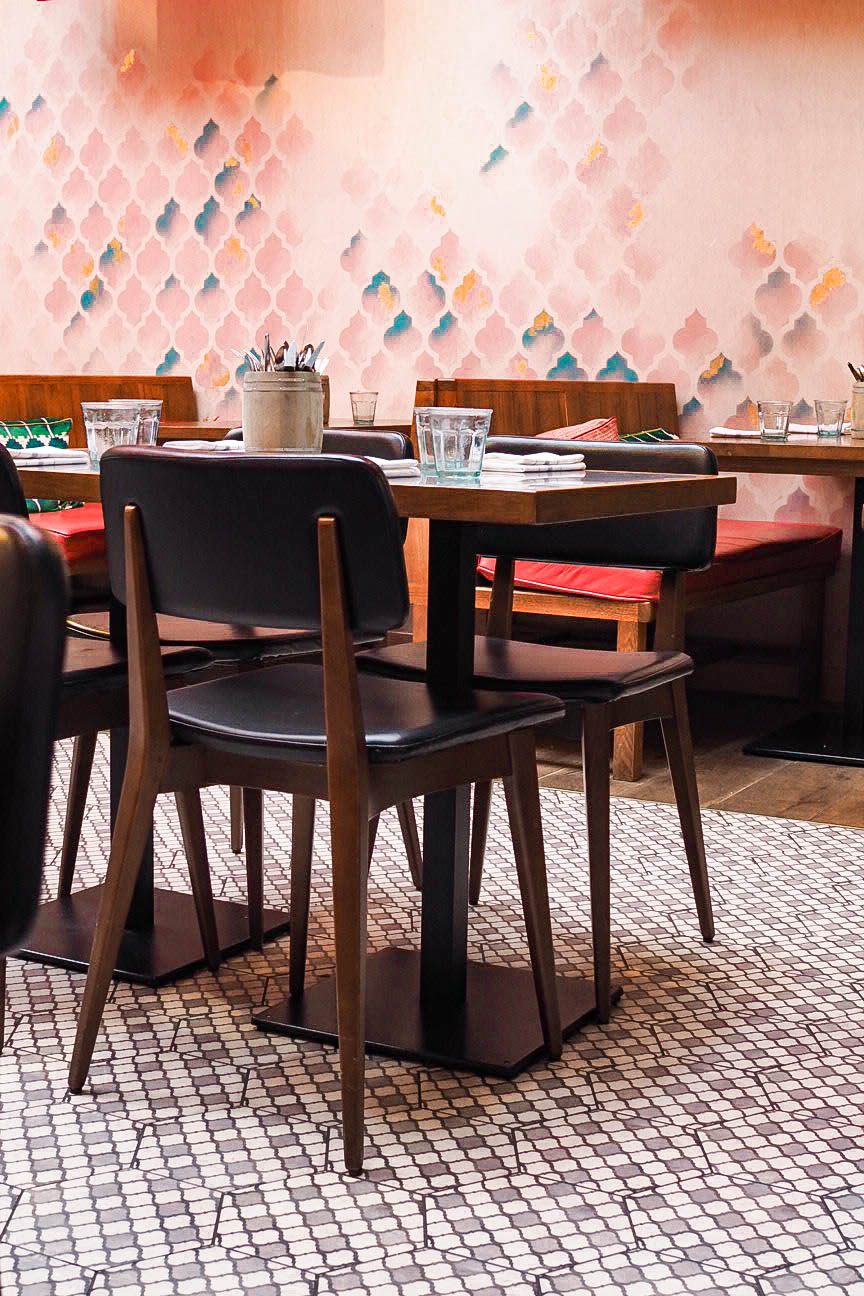 I’m such a fiend for ketchup (said with zero shame because condiments save meals and in turn, save me from being hangry), but a much more fitting side was an incredible coriander chutney. It’s the Marmite of the herbs world, however over the last few years I’ve become a big convert, and this chutney was unbelievable, especially with the burst of pomegranate seeds and alongside the beautiful honey, soy and garlic potatoes. 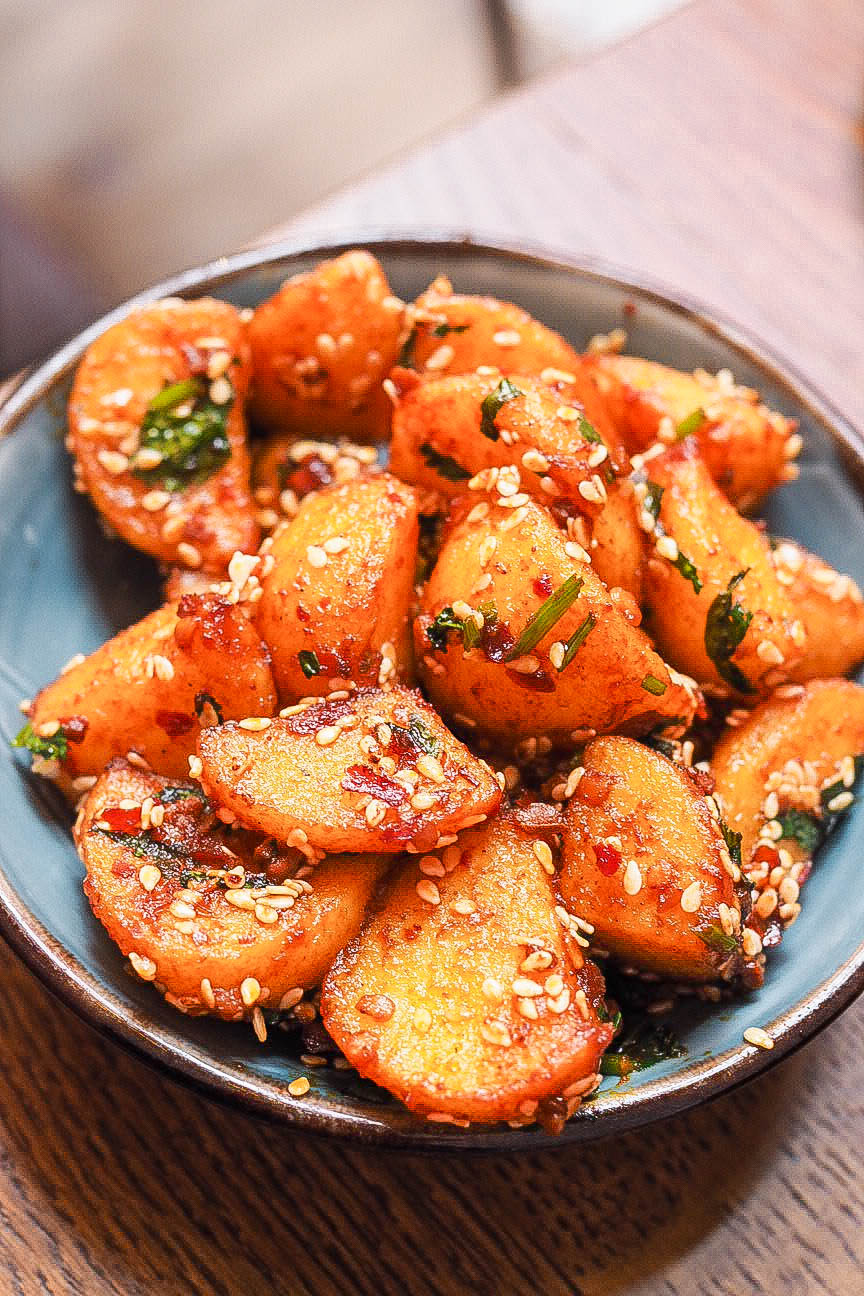 The mughlai paratha was an Indian flatbread stuffed with spiced lamb and egg; no chilli heat, just perfectly applied touches of cumin and turmeric, and I crunched through the bread whilst intermittently demolishing the soft, lightly salted tapioca chips that came with both dishes. 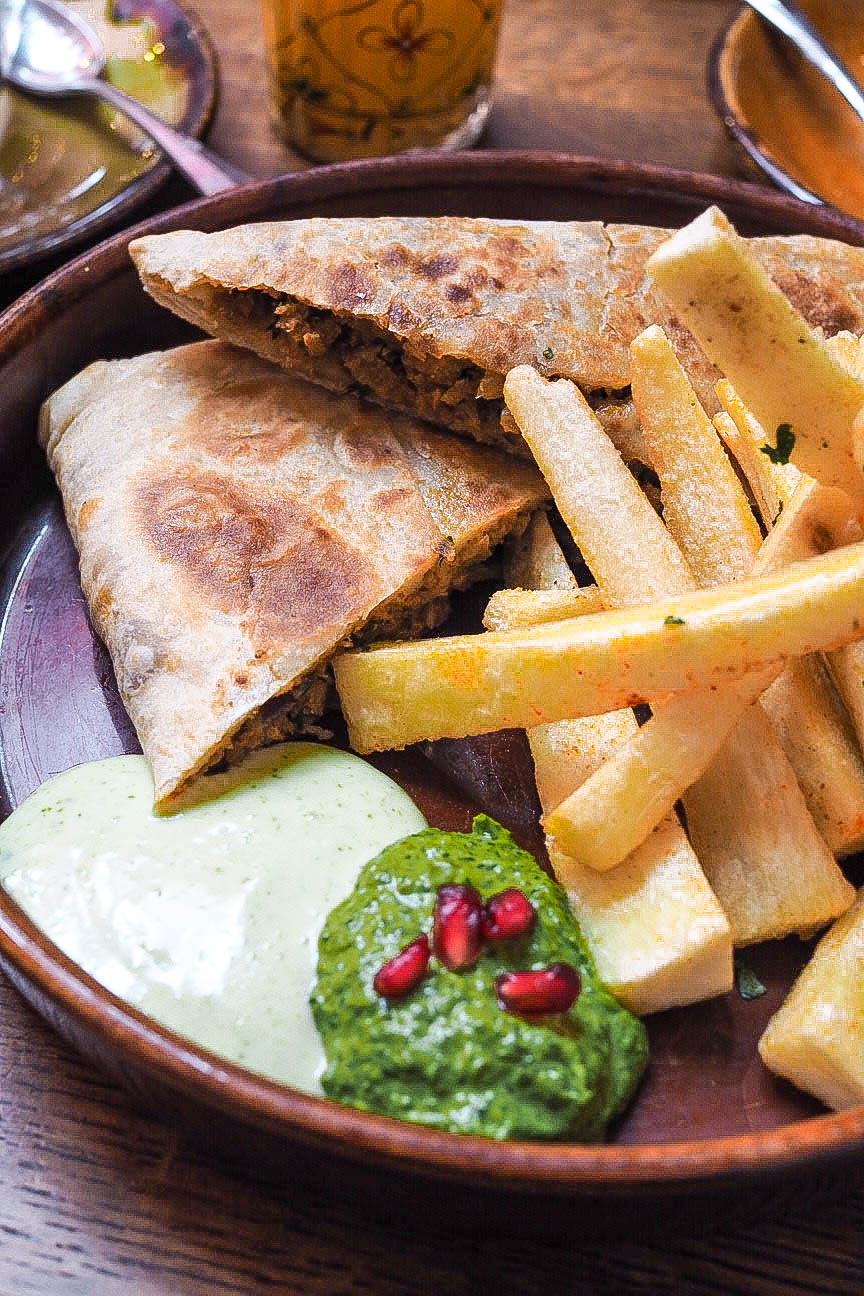 London is rife with fantastic Indian restaurants and brunch options, so combining the two absolutely makes sense. It’s time to step out of your comfort zone next time you’re looking for Sunday sustenance, and Cinnamon Bazaar is an ideal place to start. 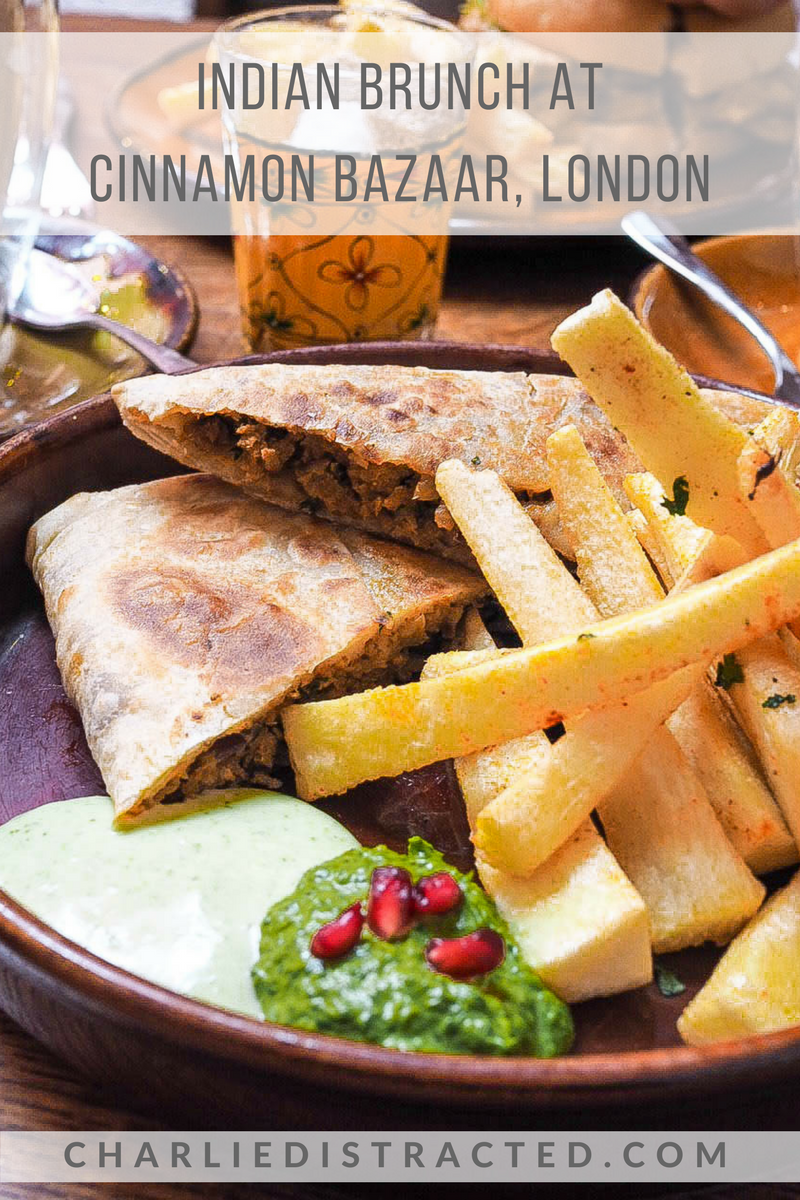