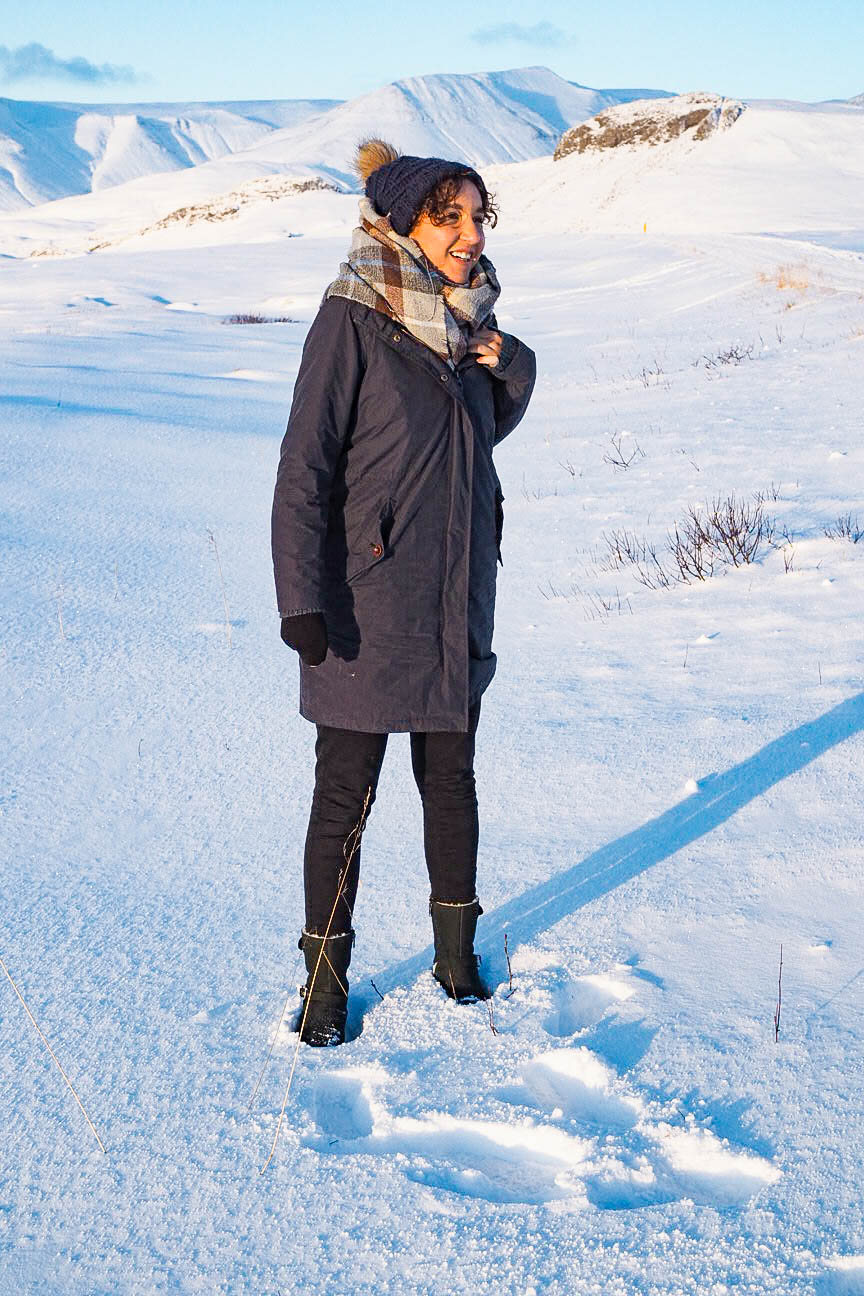 It’s difficult when the highest thing on your sightseeing list in a particular country isn’t something you can just waltz up to and take a photo of. The whole reason I wanted to visit Iceland was to get a glimpse of the elusive Northern Lights, and I was overwhelmed by the advice online about how to see them. So we doubled up on our efforts, deciding to DIY it and also book a tour for another night too. I came away with a clear preference of how to hunt for the Northern Lights, and this is what to keep in mind when planning your trip:

There’s no guarantee you’ll see them

Even though the solar flares that cause the Northern Lights are active 24hrs a day, seven days a week, there’s no guarantee that you’ll see them. I did everything in my power to try and keep a track of where they might be and downloaded the Aurora app, setting notifications up to be alerted when they might be active near to my location and what the percentage chance might be of seeing them that evening. 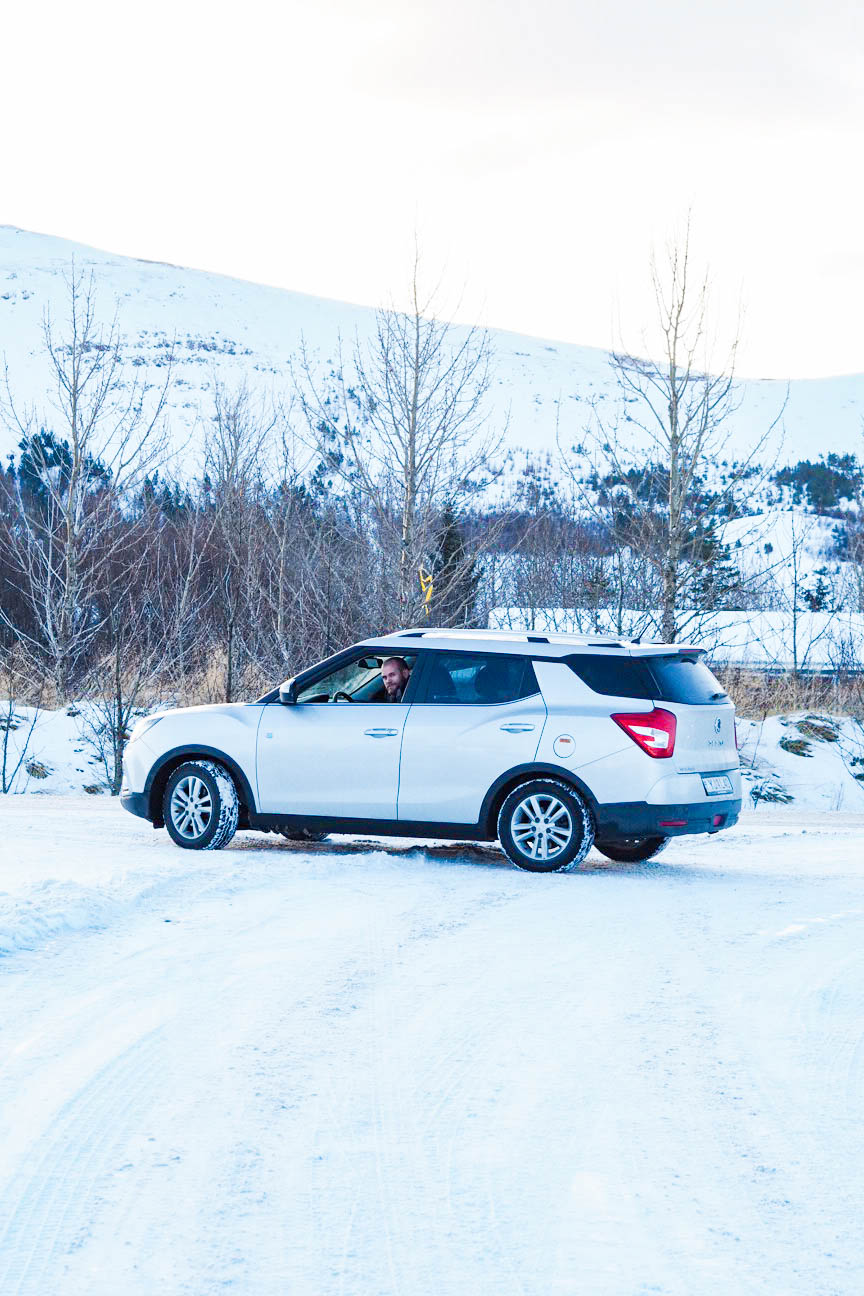 When we went out in our own car, we really struggled to know if we were in enough darkness and what constituted as light pollution. We tried a few places but kept spotting the lights of sparsely dotted houses or the odd car and just didn’t know if we were scuppering our chances. It’s also a bit scary to sit in the middle of nowhere, in a country you don’t know, in pitch black and my imagination went into overdrive about noir thrillers and Scandi dramas.

Our tour with Reykjavik Excursions actually took us out so much further than we’d anticipated having to go, driving us back to Þingvellir National Park where we’d actually been the day before, 46km out of the main city. It was only then that we realised the difference between haze from the city’s streetlights and houses, and seeing the odd headlight.

You’ll be out for a long time 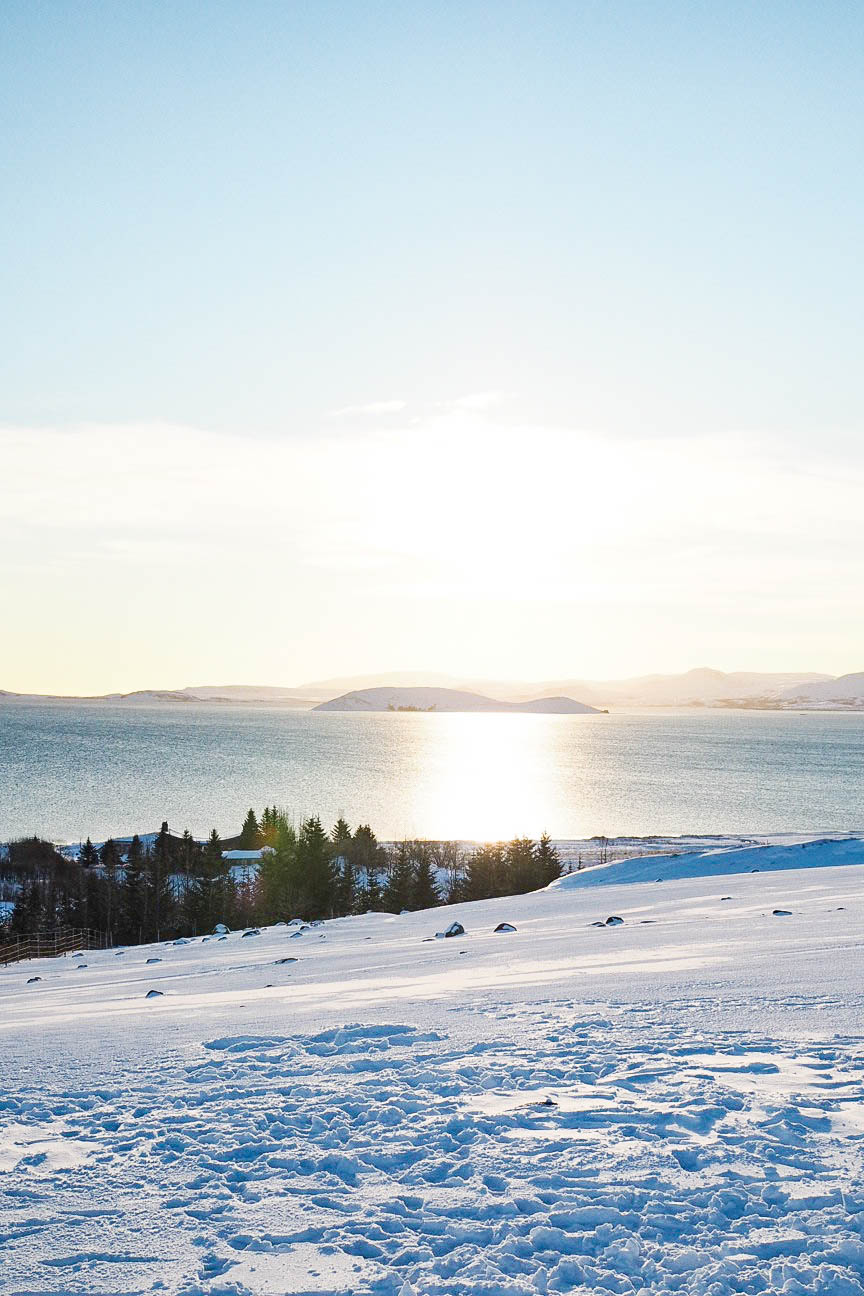 Whether it’s DIY or a tour, expect to be out for a good few hours. You have to drive out as I said, but then it’s a case of waiting for the lights to appear, and that requires patience. When we drove out ourselves, I got bored fast. I couldn’t look at my phone because of the glare, it was super windy because we were close to a waterfall, and after about 90 minutes, I needed the toilet. There’s nothing that shows you’ve met the right man for you more than your boyfriend holding your hand whilst you squat next to your hire car to go for a wee in the actual middle-of-nowhere, in the darkest darkness, in -4 degrees.

A tour bus has a toilet. That’s nice. But also remember that you’ll still be outside a long time regardless. So wear every single layer you packed with you. There’s no such thing as being too warm in this particular circumstance. 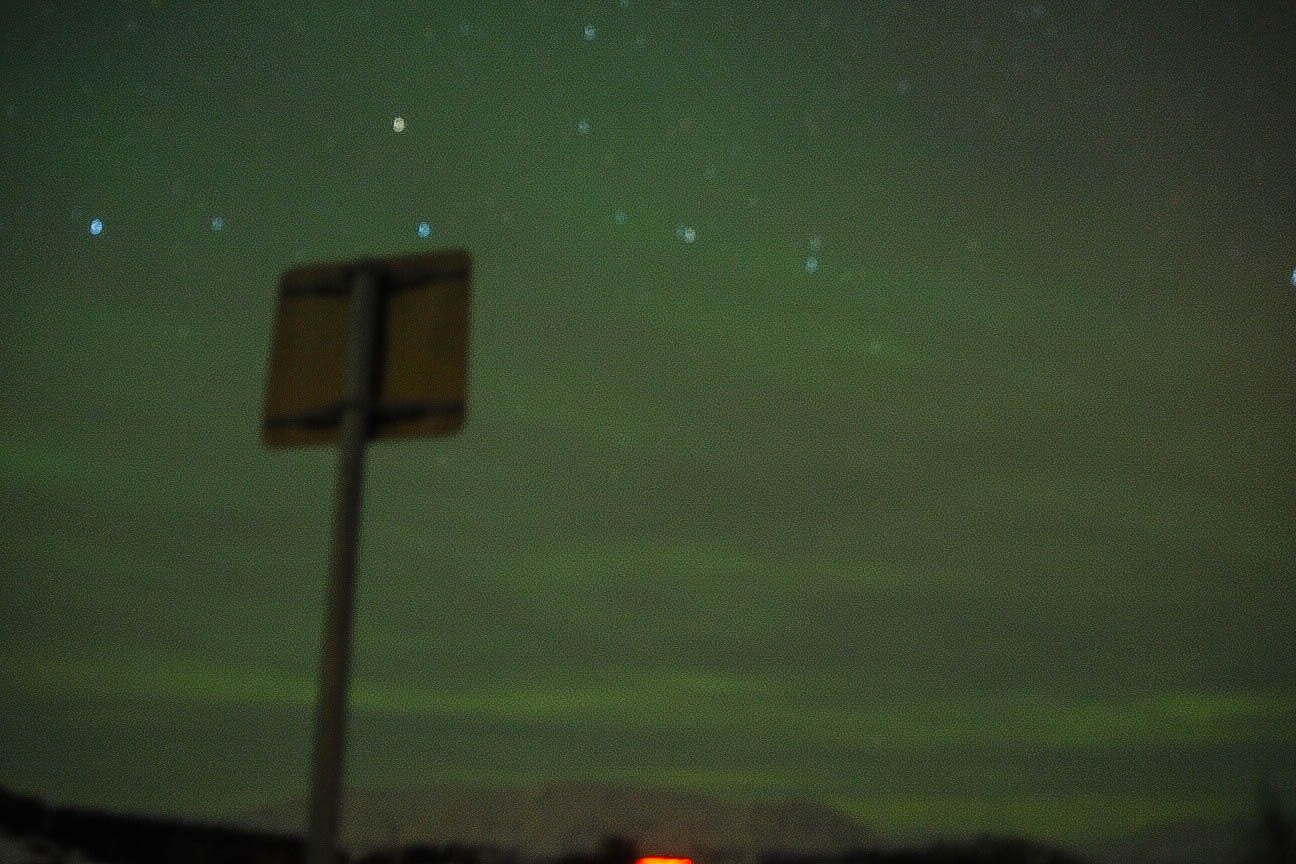 We saw them! And we were so excited, but people on our tour (we didn’t manage to find them on our DIY jaunt) were seriously underwhelmed. The vivid colours you see in photographs are very much amplifications of what you see with the naked eye, and it depends on the strength of the flares on that particular evening. What we saw was a sort of pulsating light take over the darkness, rising and falling like the sky was taking deep breaths, and shivering with hints of green, purple and white. It felt otherworldly and weirdly magical.

They are really hard to photograph 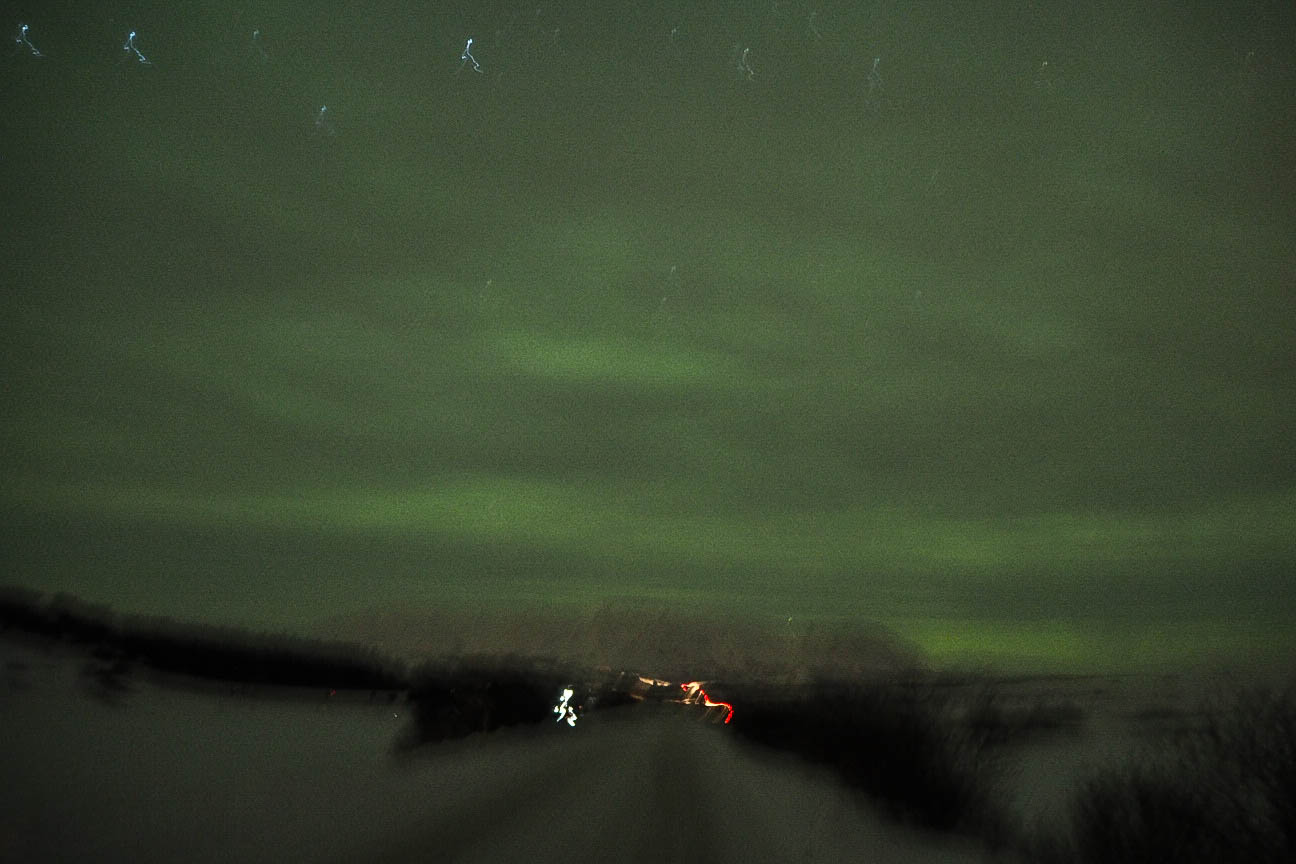 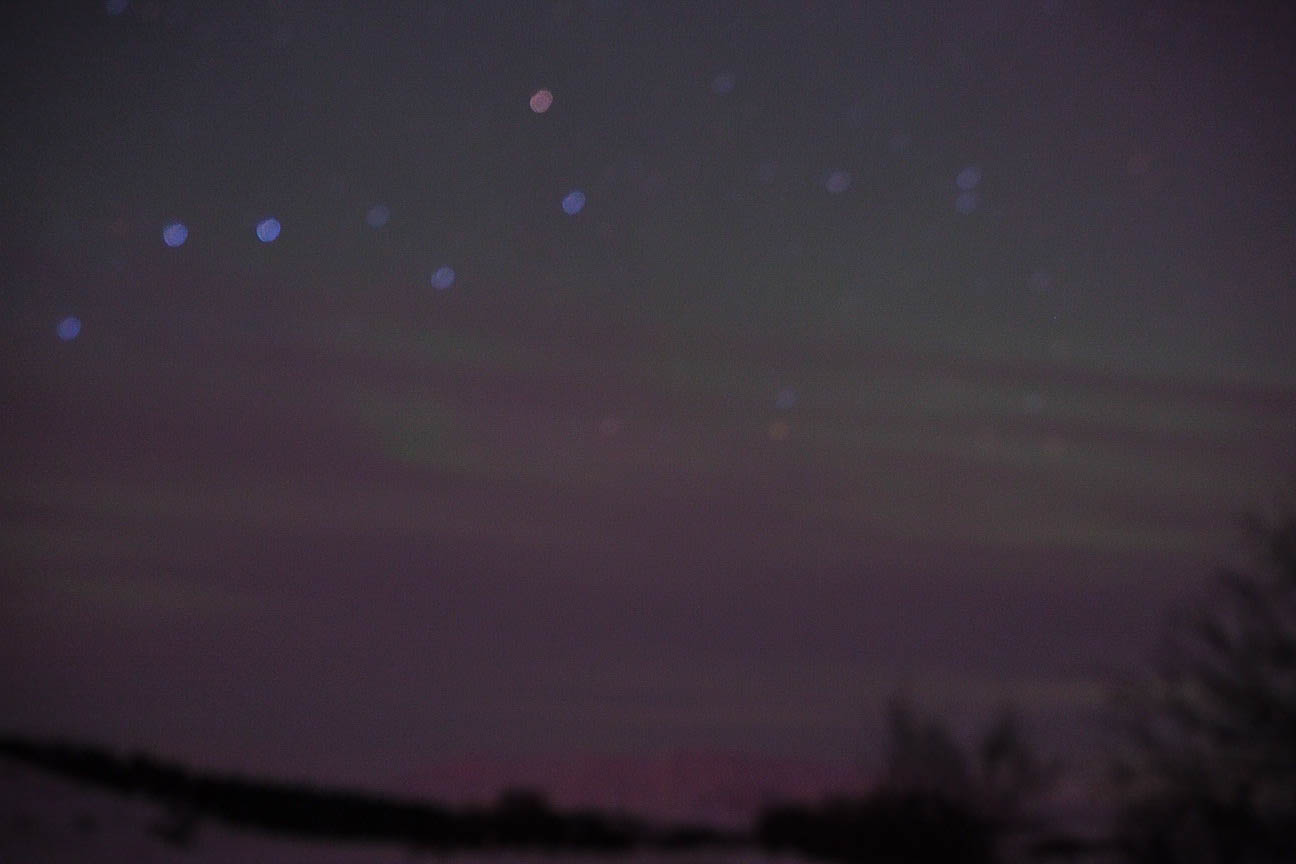 Despite the tour guide continuously telling people that they would NOT get a photo by using their flash, there was a stubborn persistent few who obviously kept trying anyway. I’d packed my tripod in my luggage, but frustratingly I forgot to take it on our bus tour. The best photos we managed to get were a result of my boyfriend sitting on a pile of snow, setting my camera to Live Composite mode (as I’d learnt in a recent photography class), and holding his breath and hands steady for a 25 second shutter speed. The outcome is wobbly but you can’t deny it, we saw those lights!