If you’re heading to Queenstown, New Zealand, the likelihood is that you’re not going especially for the food. The South Island city is famous for a huge range of insane adrenaline junkie activities and it’s very lively nightlife, and on my first visit there, I pretty much exclusively cooked in my hostel. 18 months later and researching where to eat in Queenstown came up with a whole heap of options. I had time to try two new places and go back to a previous favourite:

Breakfast at The Exchange 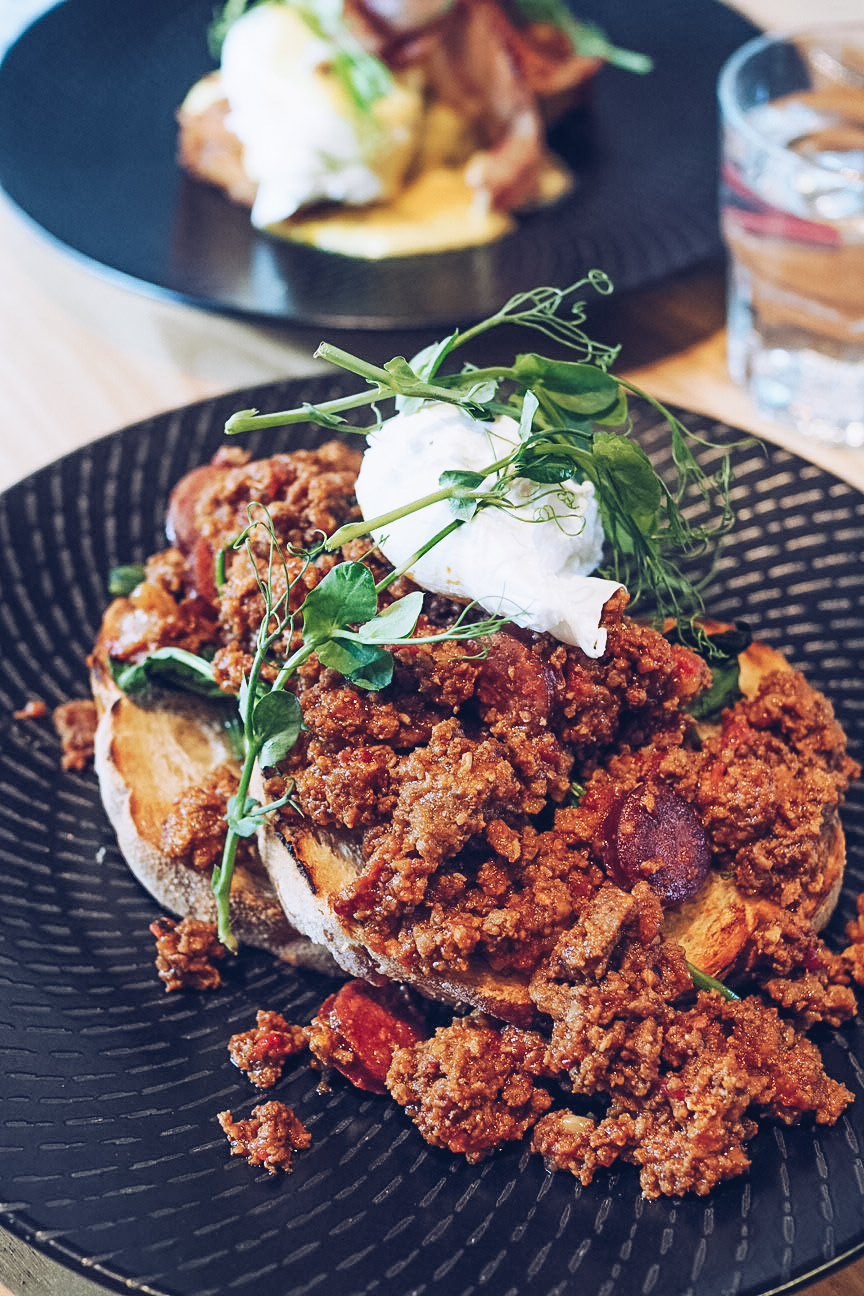 One thing about New Zealand that I can never get over is that you can find a cute brunch spot, during the peak of summer in a tourist town, and walk in and get a seat with no problem. The Exchange is on the main strip from the road into Queenstown down to the lake, with an al fresco area full of adorable dogs and not-bad looking owners, but we perched up inside.

I had the lamb mince on toast which went above being self-explanatory by being fried with garlic and chorizo – three things that I rarely have for breakfast. Made slightly more traditional with a soft poached egg on top, it filled me up and kept me going for the whole day as we set off on a long road trip. My boyfriend went for an eggs benedict, but it was served on a potato rosti instead of a bread, which is obviously a genius idea. 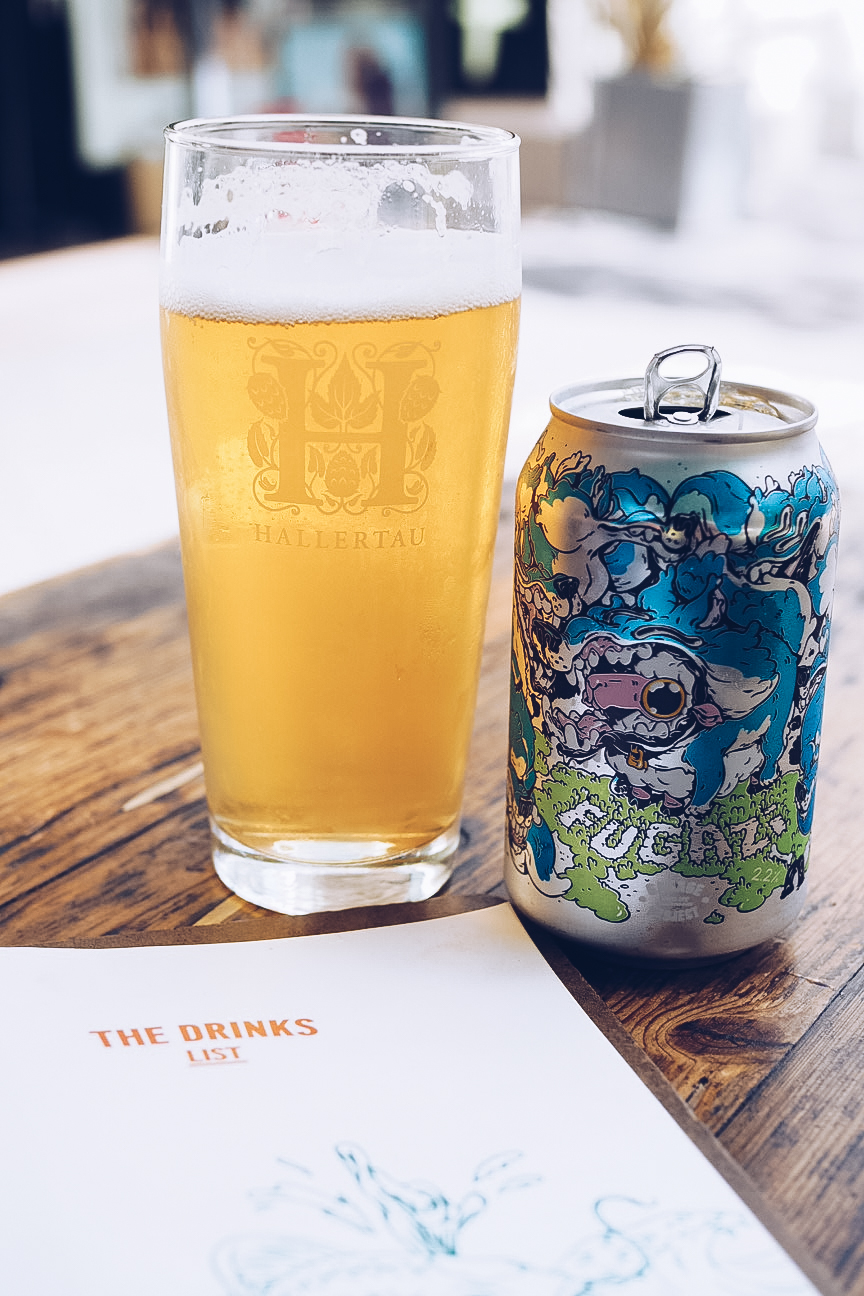 Madam Woo is a Malaysian restaurant on the same road as The Exchange, but even closer to the water. Their lunch feast is $35 per person which gives you the chance to try a variety of dishes in the hawker market style the menu is inspired by, and sat in the NZ summer sunshine, we started first with some local craft beers. The crispy pork and chinese sausage wontons were a great start but sadly the murtabak, my favourite dish to eat in Singapore, wasn’t quite as spicy as I would’ve liked. 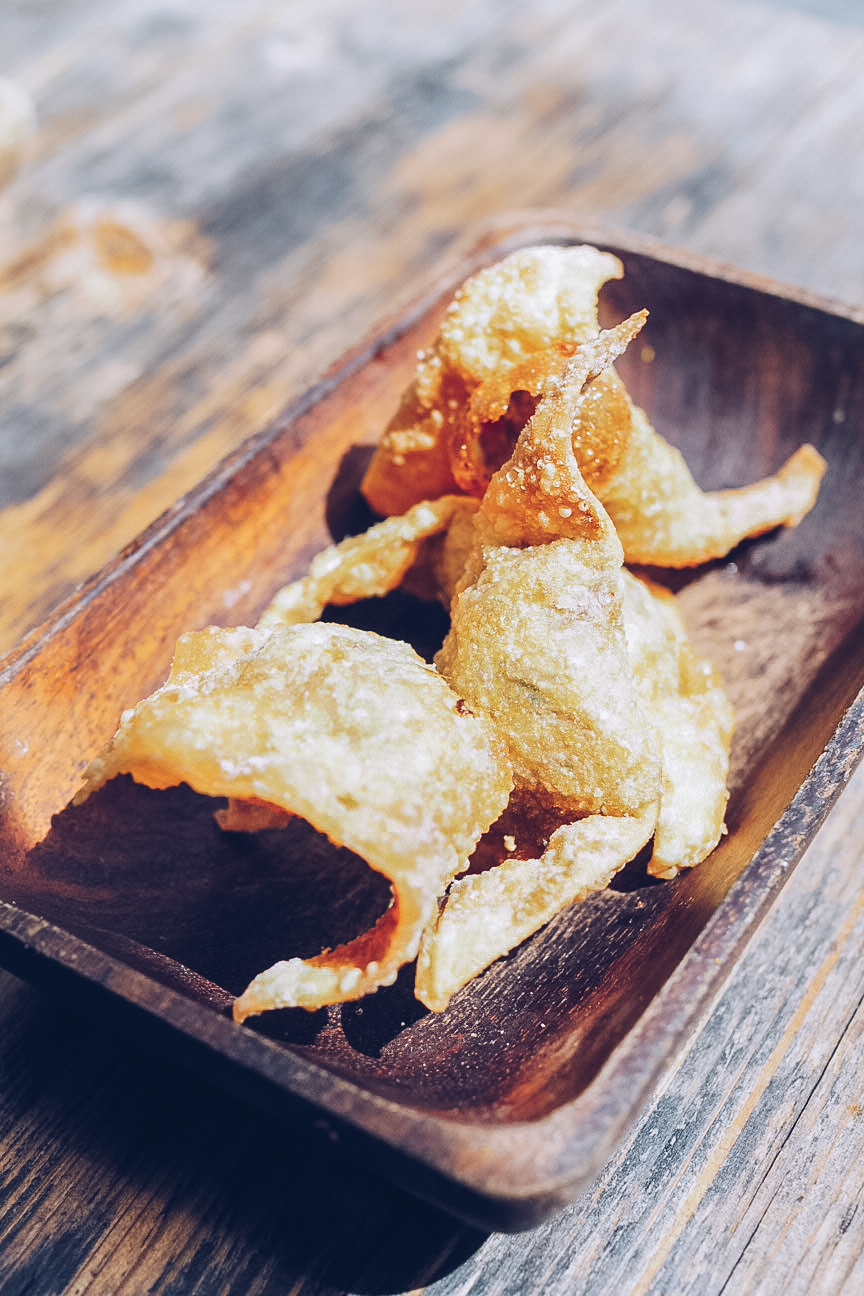 It was two dishes in particular that really made Madam Woo stand out though. The Hawker Roll, which is essentially an open burrito but made with a soft, flaky roti. It’s loaded with pulled pork, chillies and tangy pickled cucumber, and is a big ol’ mess to try and eat. My favourite dish was the sticky honey and soy squid which was sweet and salty all at once. 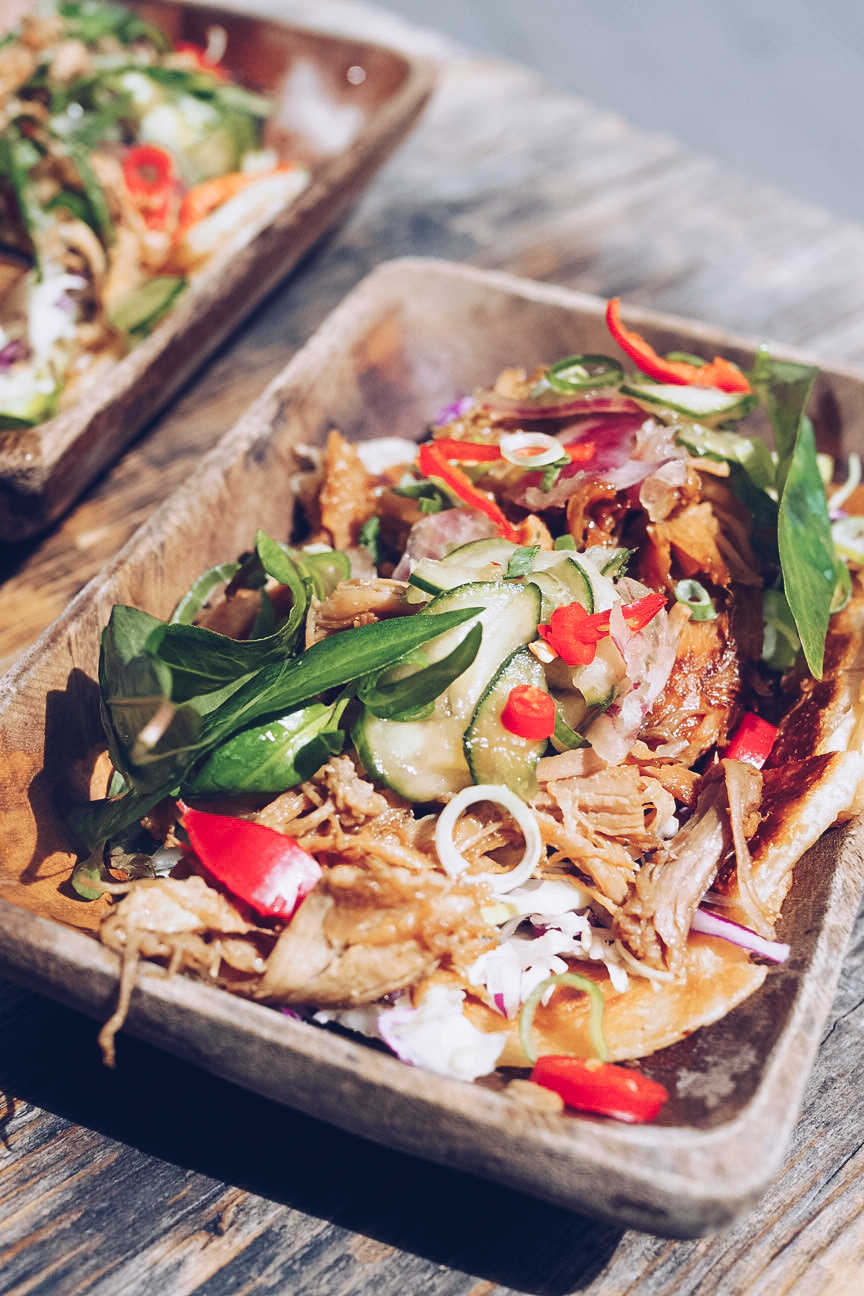 Fergburger is probably the most famous restaurant in New Zealand and as a result the queue to order one of their insanely-sized burgers snakes down the road, blocking the footpath and generally causing a nuisance. Of course, you could do what I did: call up, place your order, and mosey on down to the collection booth without the two hour wait or having to spend too long around the general public. 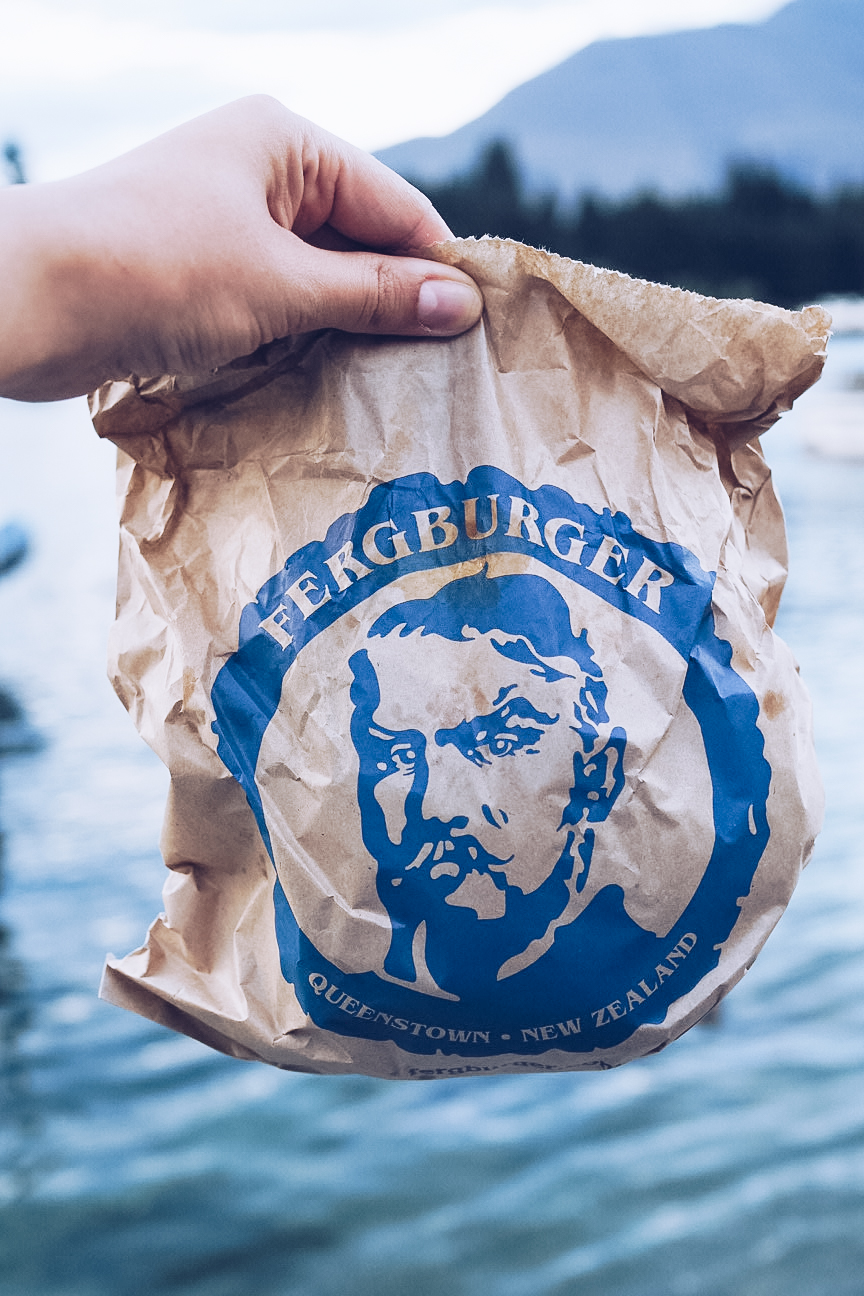 I had the Sweet Bambi, a behemoth of a venison burger made with meat from the nearby Fiordland area which was wedged between the biggest buns this side of a Kardashian Instagram feed. A slab of soft, melting brie was in there too, covered in boysenberry and caramelised chutney, and honestly, I think I had a religious experience. It’s the second time I’ve been to Fergburger and when you’re looking for where to eat in Queenstown, really, this is the number one place you HAVE to visit. 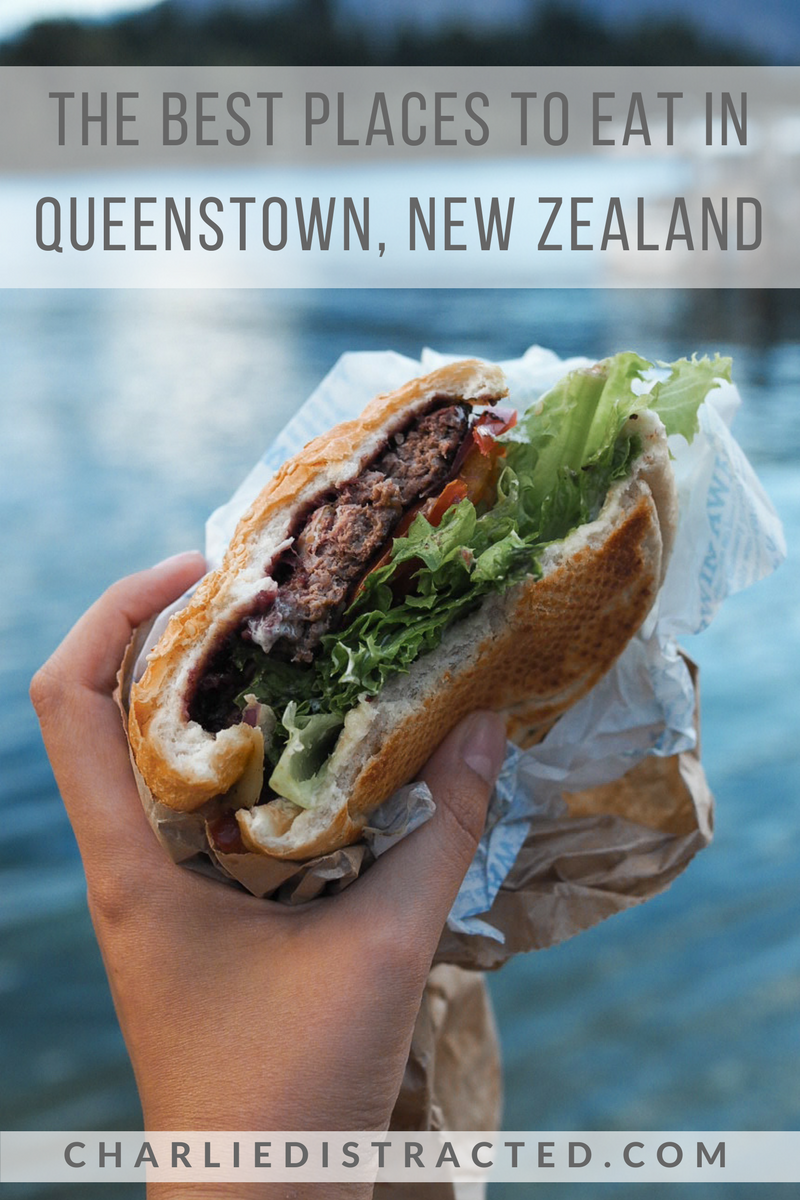