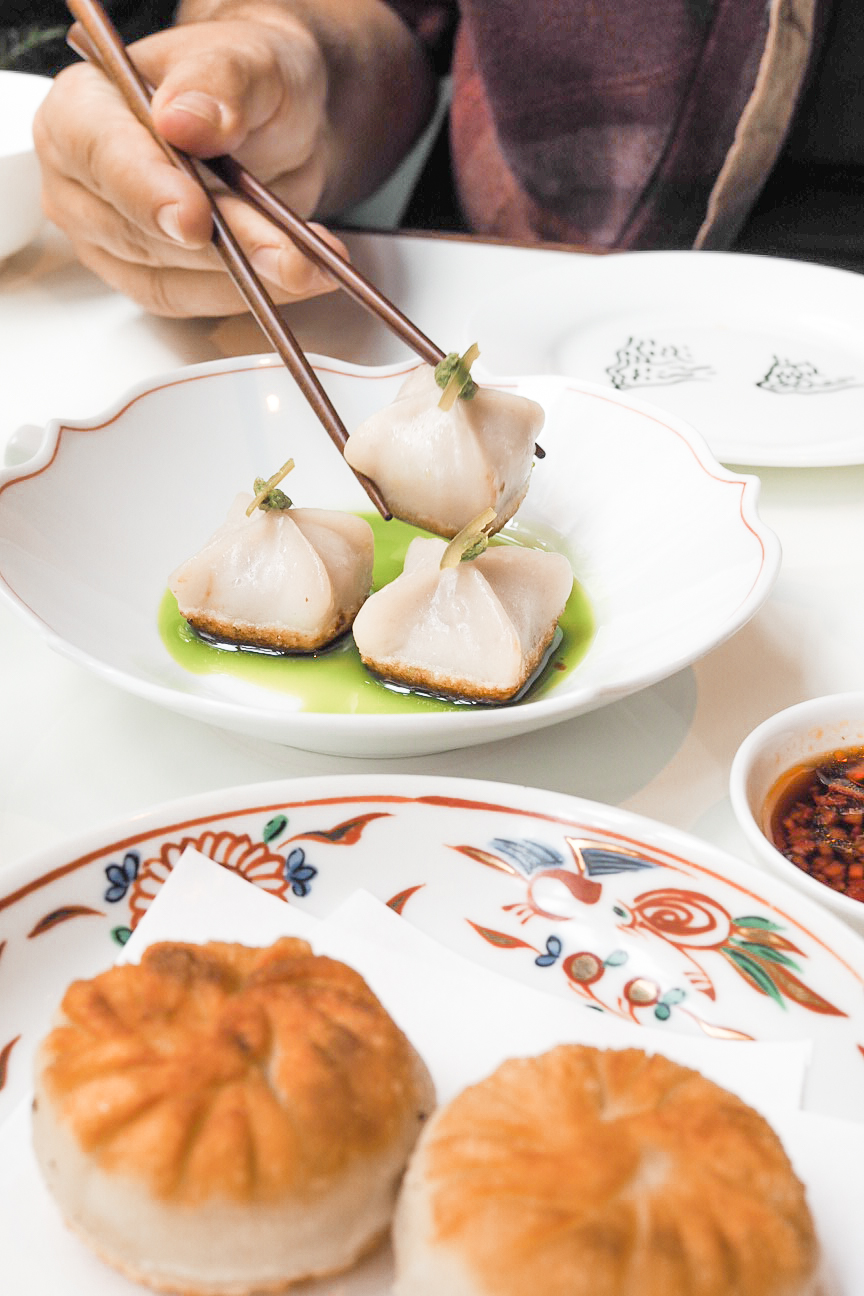 Have you watched Ugly Delicious on Netflix yet? It’s a whole series on the best versions of fast food that you can find in the world, but it was the comments around found from Asian countries that really got me thinking. The discussion was around the assumption that food from China, India and the like are unrefined, when actually it’s some of the most complex flavours you can find. Taiwanese restaurant, Xu, embodies just how beautiful Far East cuisine can really be. 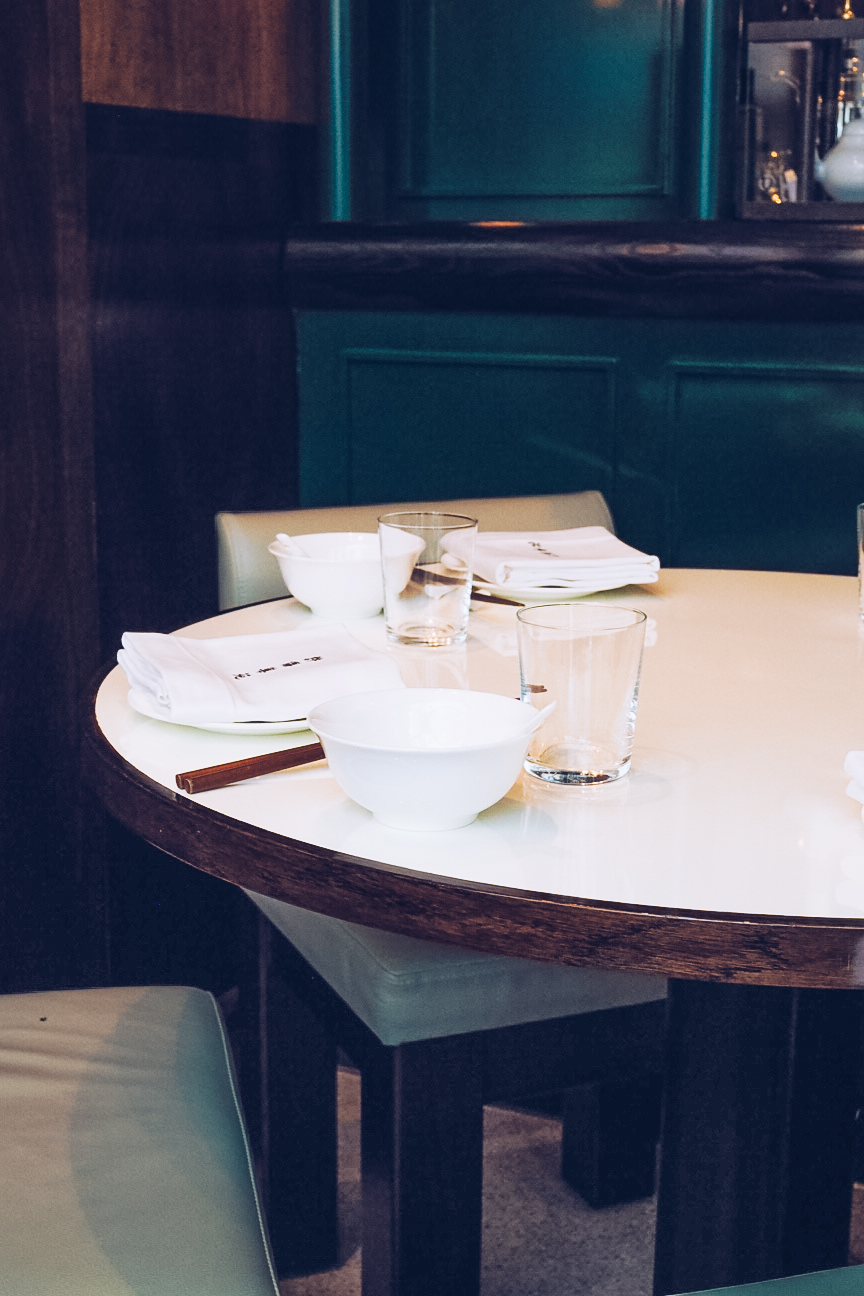 The aesthetic takes inspiration from luxury social clubs in Taipei in the 1930s, with a beautiful sleek blend of dark mahogany browns and delicate jade greens, and a refined take on the patterned crockery I recognise from street-side ceramics stalls throughout Asia. I started with a Lo Tsui Ke cocktail; a gin, Hong Yu tea, white miso and apple. I was expecting it to be more bitter from the tea infusion, but the umami of the miso and the tang of apple evened it out and it was a surprisingly complex taste whilst simultaneously being very easy to drink. 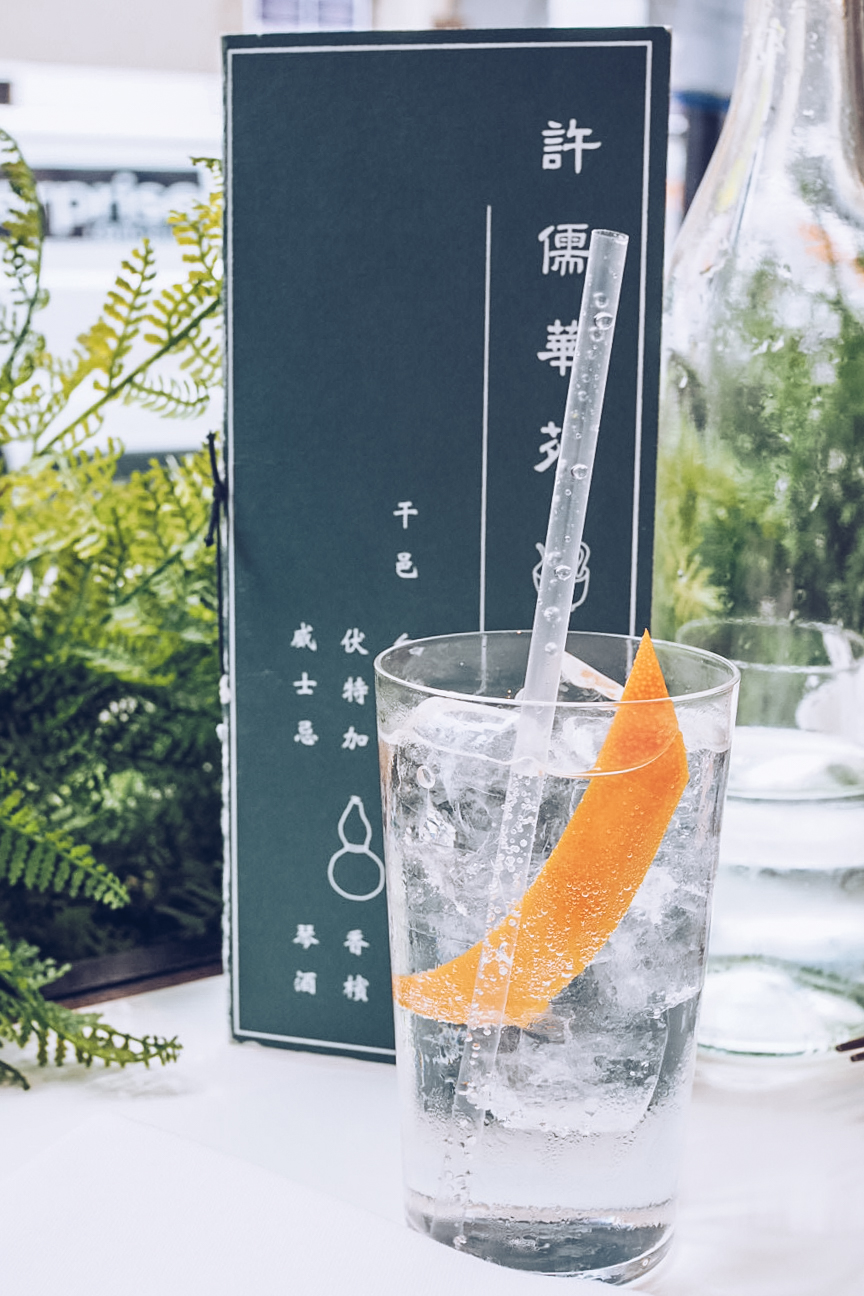 First on the many starter dishes we couldn’t decide from was the incredible tomato and smoked eel. It sounds so simple and it was in terms of its presentation, but it was amazing in its smooth texture, tangy tomatoes that weren’t sharp and still had a firm texture, and small chunks of soft, flaky smoked eel. 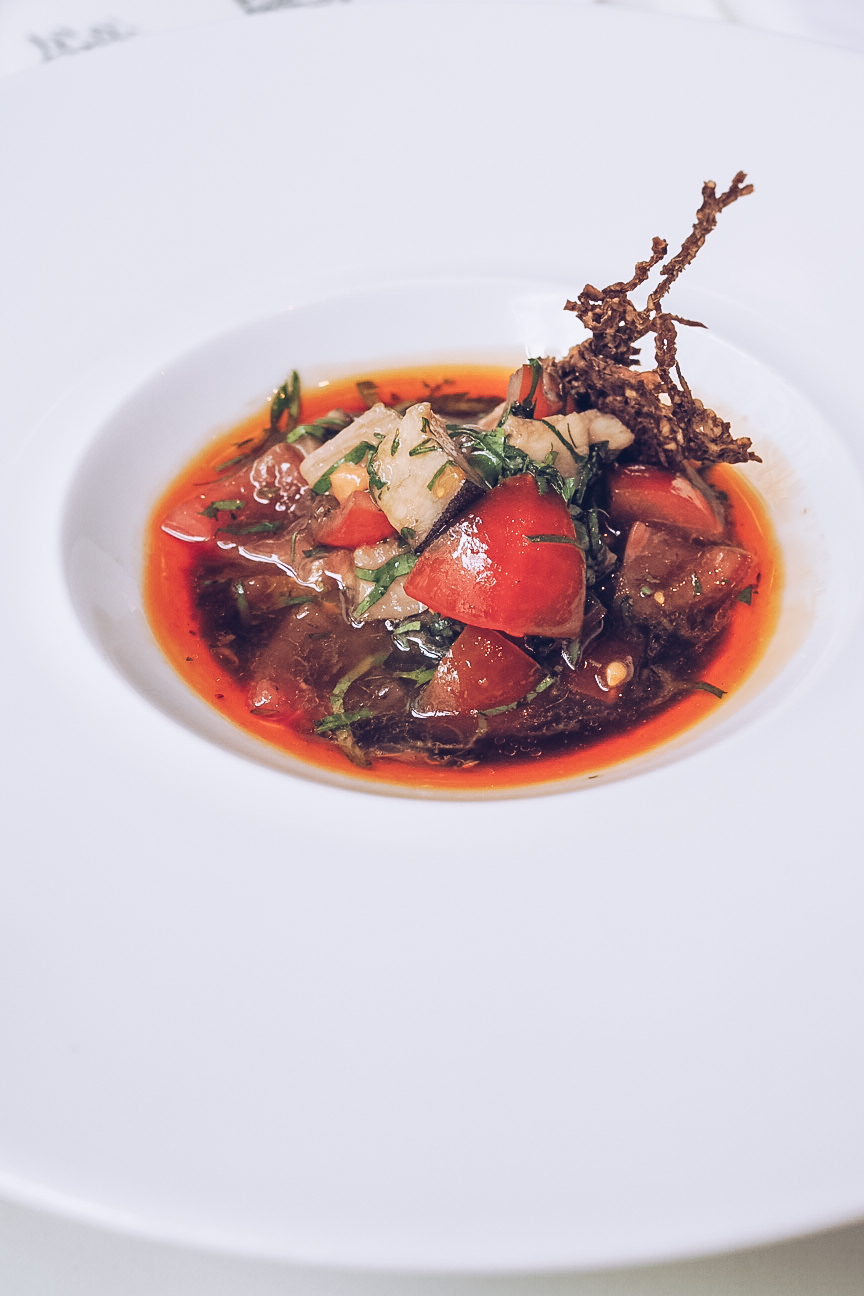 Next was the beef pancake which came out looking far more impressive than expected with shortrib beef and bone marrow being served up in the bone itself. We were able to make our own pancake combinations with pickles, spring onions and potato crumb with the rich meat which made it the messiest dish to eat, but probably the most familiar for those maybe unsure about Taiwanese food. 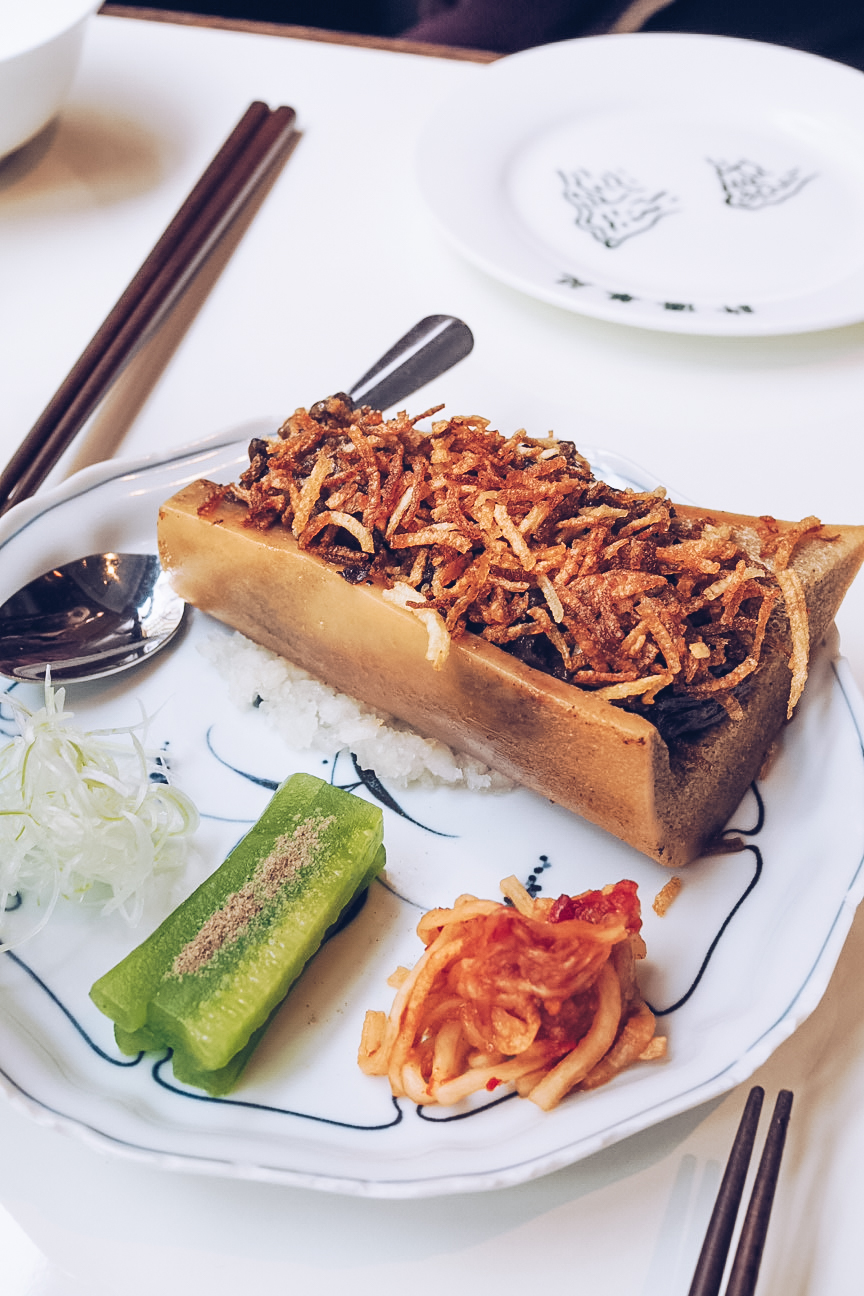 We still weren’t on our way to eating mains as we shared a couple of xian bing and taro dumplings; the former being a pan fried pork pancake, which looked more like a small savoury pie and which I relished dipping in hot chilli oil and vinegar. The latter is a variation of a favourite of mine; taro being a root veg that’s boiled and mashed to encase whatever is inside, which in this case was a spicy Taiwanese sausage. 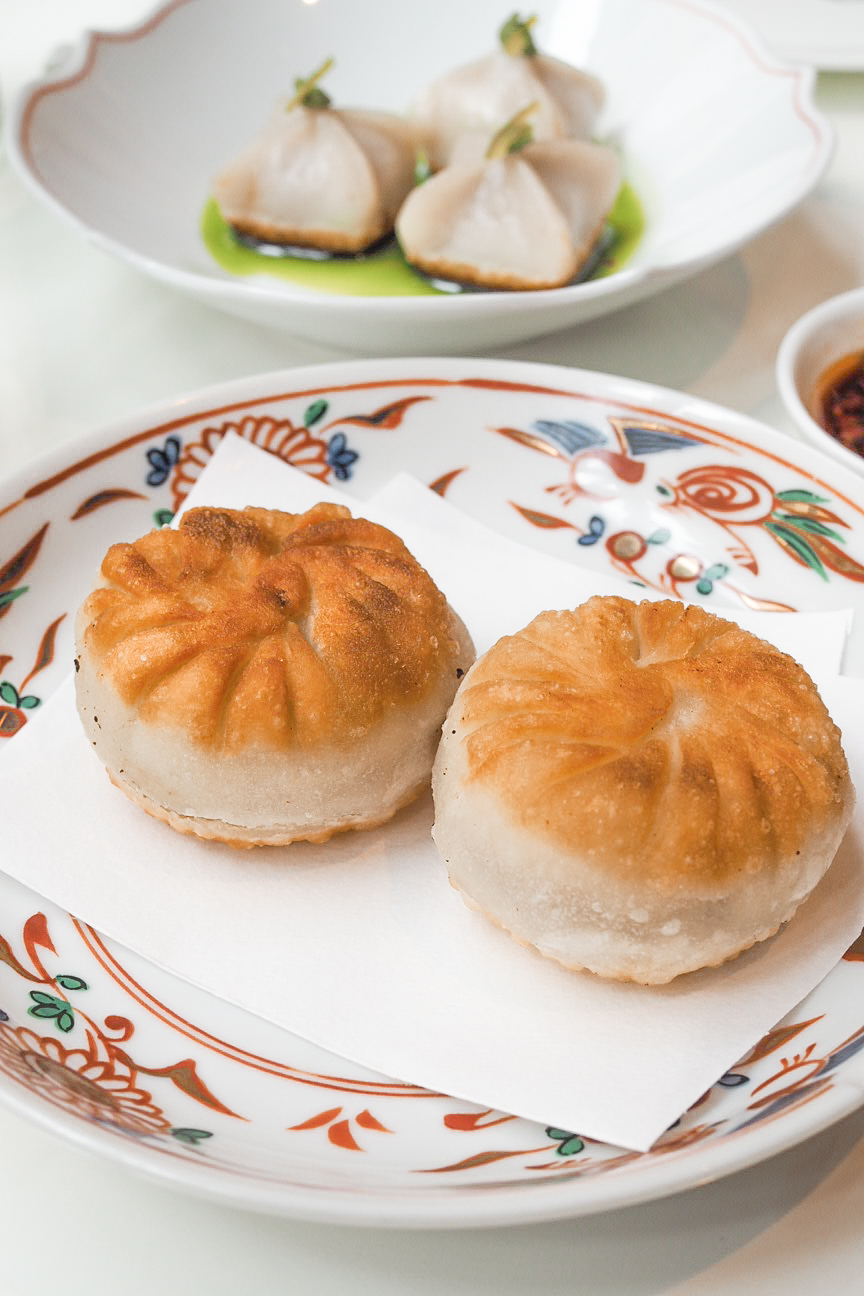 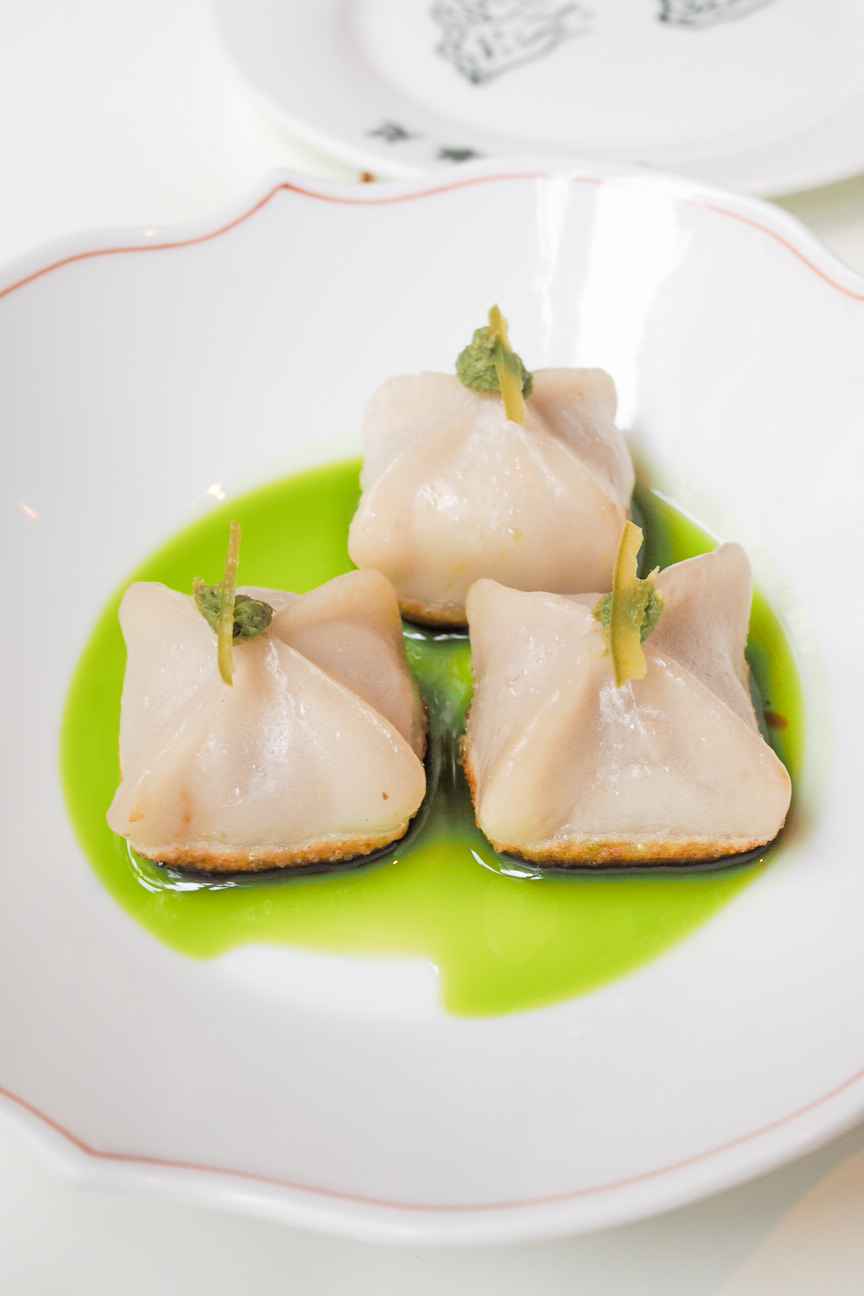 It’s incredible how you can think you couldn’t possibly eat any more but then some brings you a hybrid of two amazing things: this is char siu Iberico pork! Whoever dreamt up such a combination is a culinary genius; the recognisable BBQ flavour of char siu with crunchy cucumber and dustings of sesame seeds stepped it up from just being a regular pork collar that might be perfectly roasted in any other restaurant, in any other city. 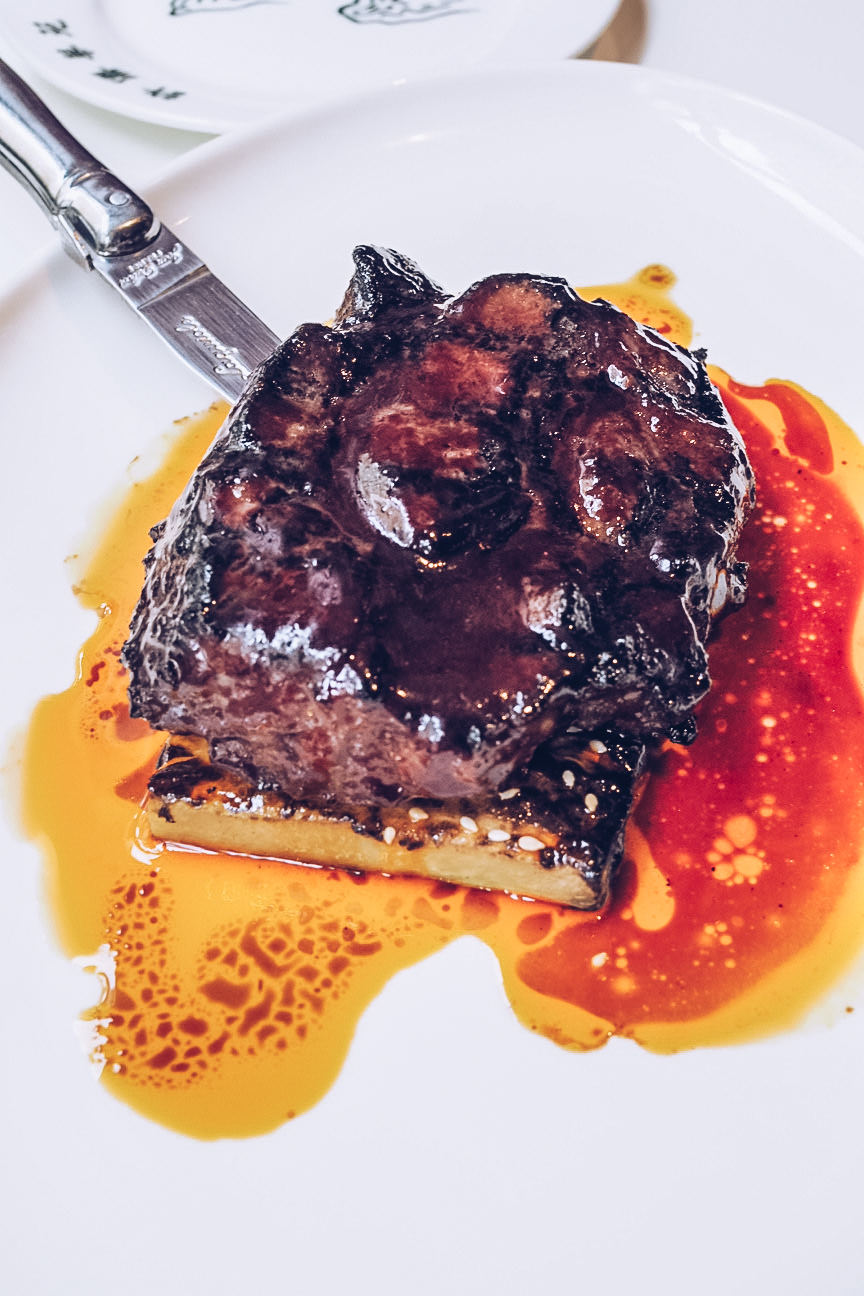 My favourite dish of the day, though? The chilli egg drop crab. Served in the shell with a mix of brown and white meat, it’s reminiscent of the red chilli crab I ate in Singapore with the same level of heat kick AND served with the same delicious mantou buns. The egg drop sauce is what makes it different from what I’ve had before though; it makes the crab meat wetter, in a way so you eat with a spoon rather than tucking in with your hands as I’ve done previously! 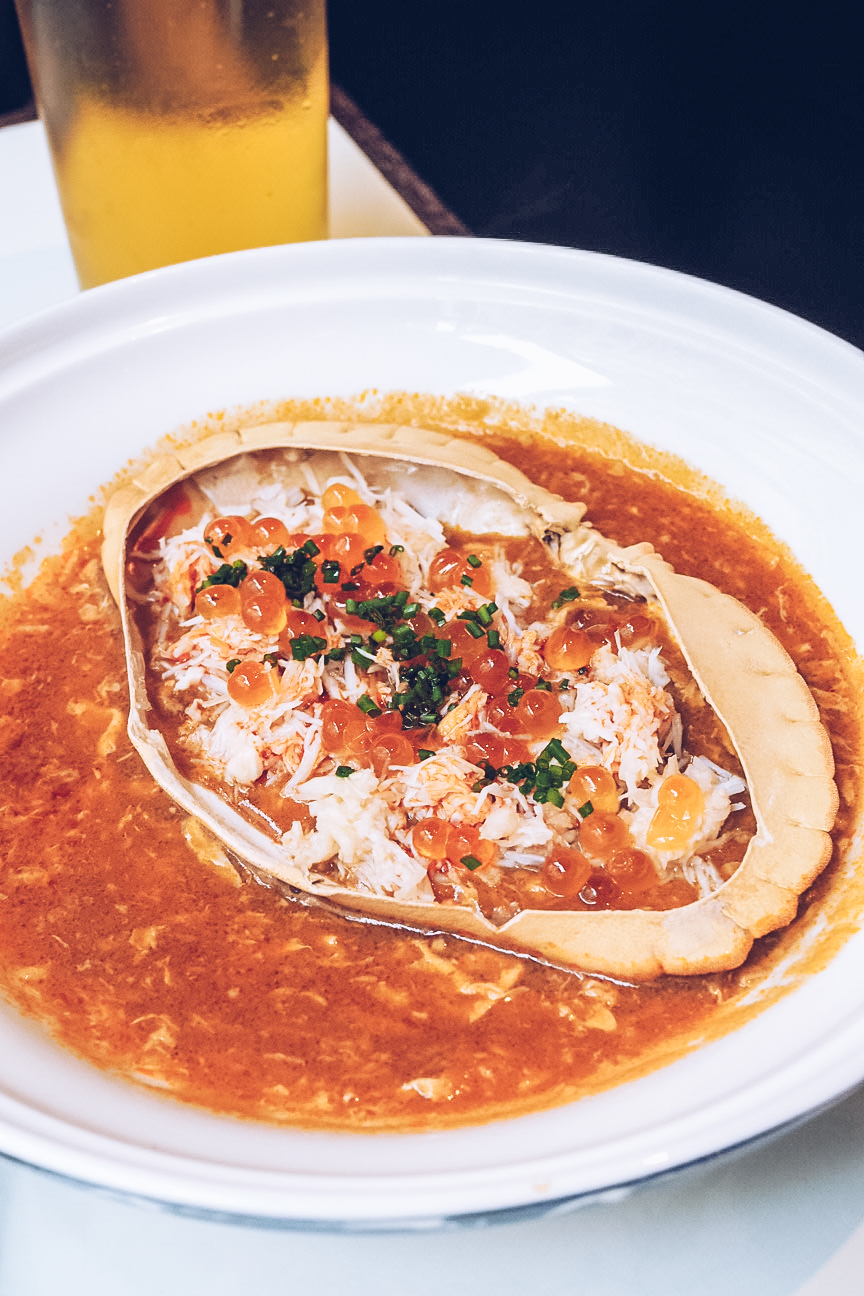 Somehow we found room for dessert, but there is only two on the menu anyway. We split the Ma Lai cake which is a fluffy steamed sponge like no school dinner has ever seen. We drizzled condensed milk and and orange butterscotch over the top and I sipped alternately between a deep and intense 10 year old Oolong tea and a Kavalan single malt whisky, because they come served together so I didn’t have to lament picking one over the other. 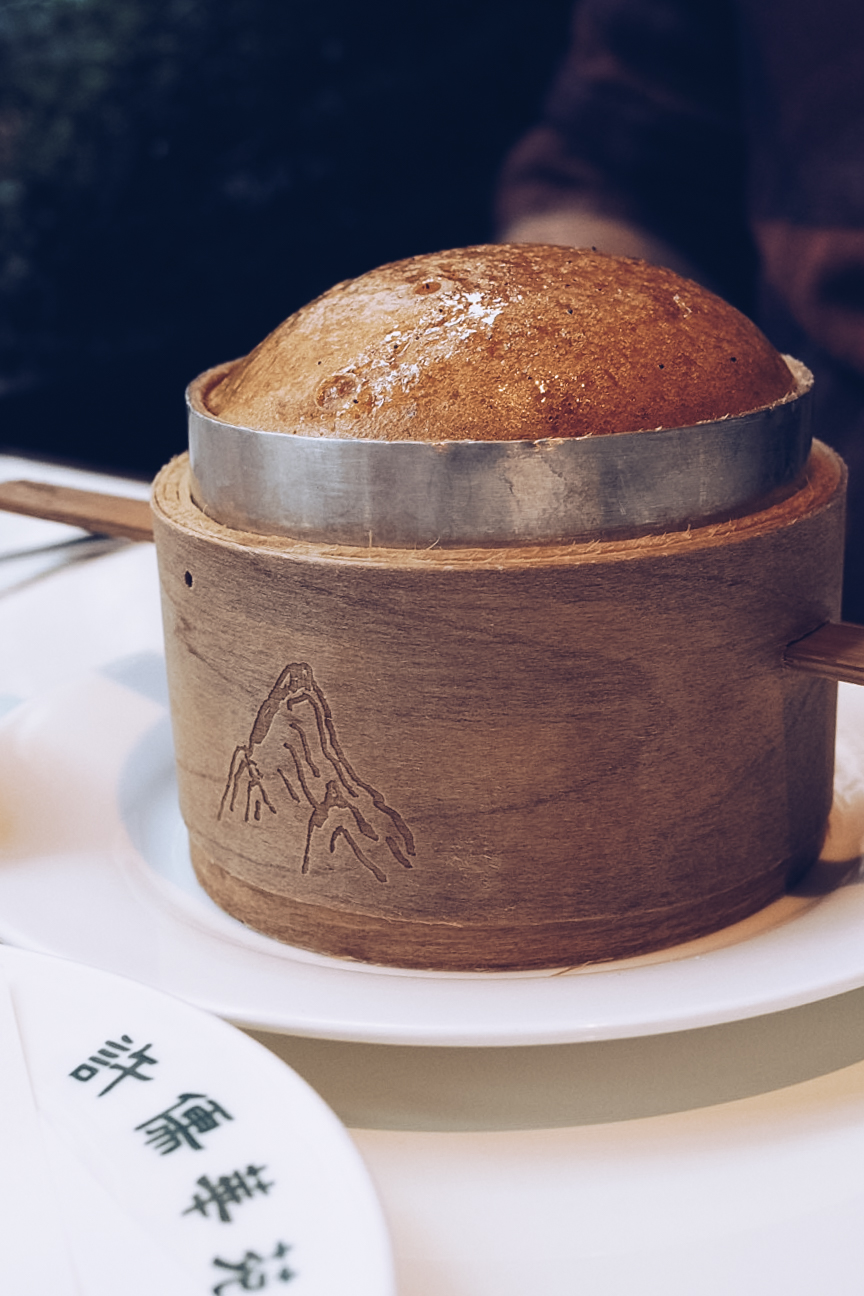 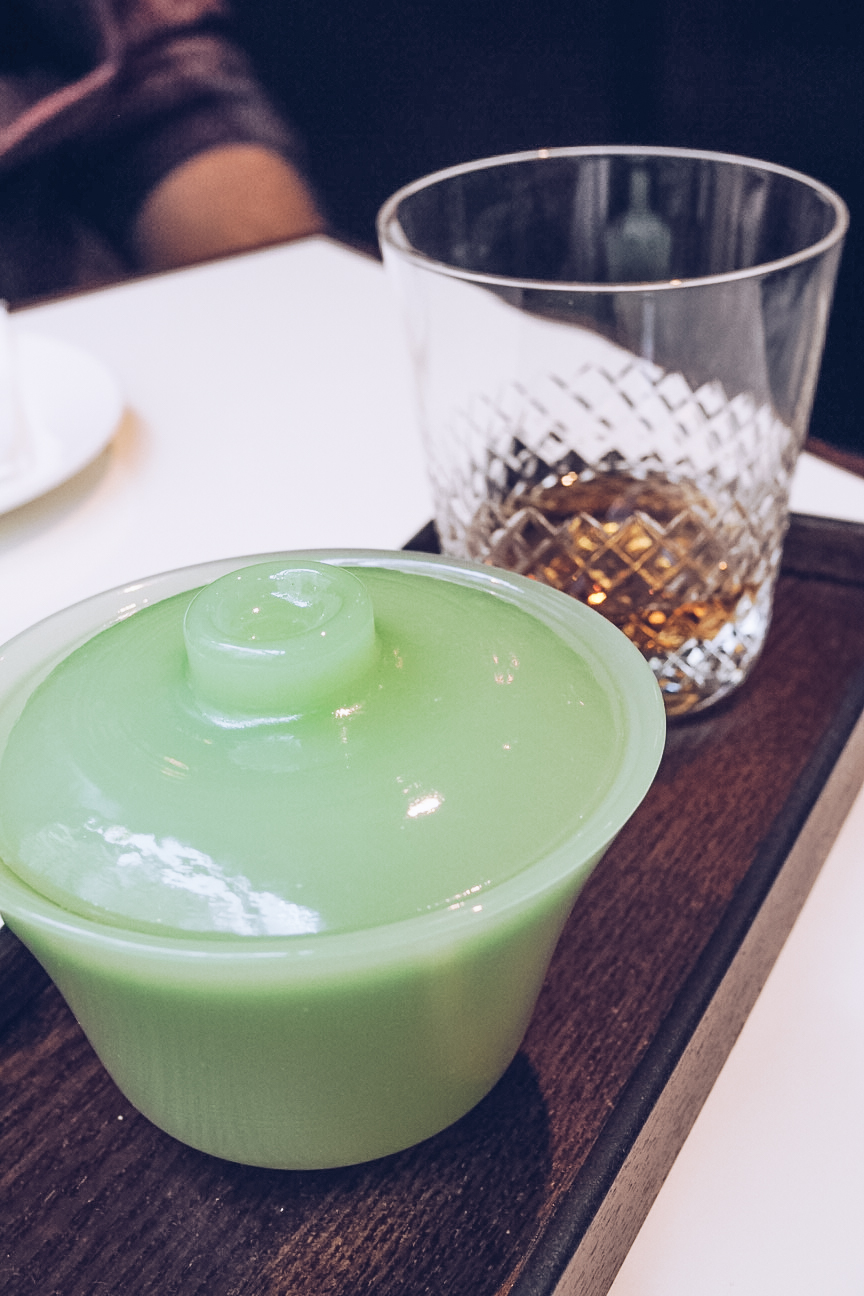 Xu is polished, elegant and beautiful from its design and especially down to every single dish. There were no anomalies; everything was sublime and if for some reason you are in agreement with the WRONG assumption that Asian food doesn’t have finesse or polish to it, this will change your mind.