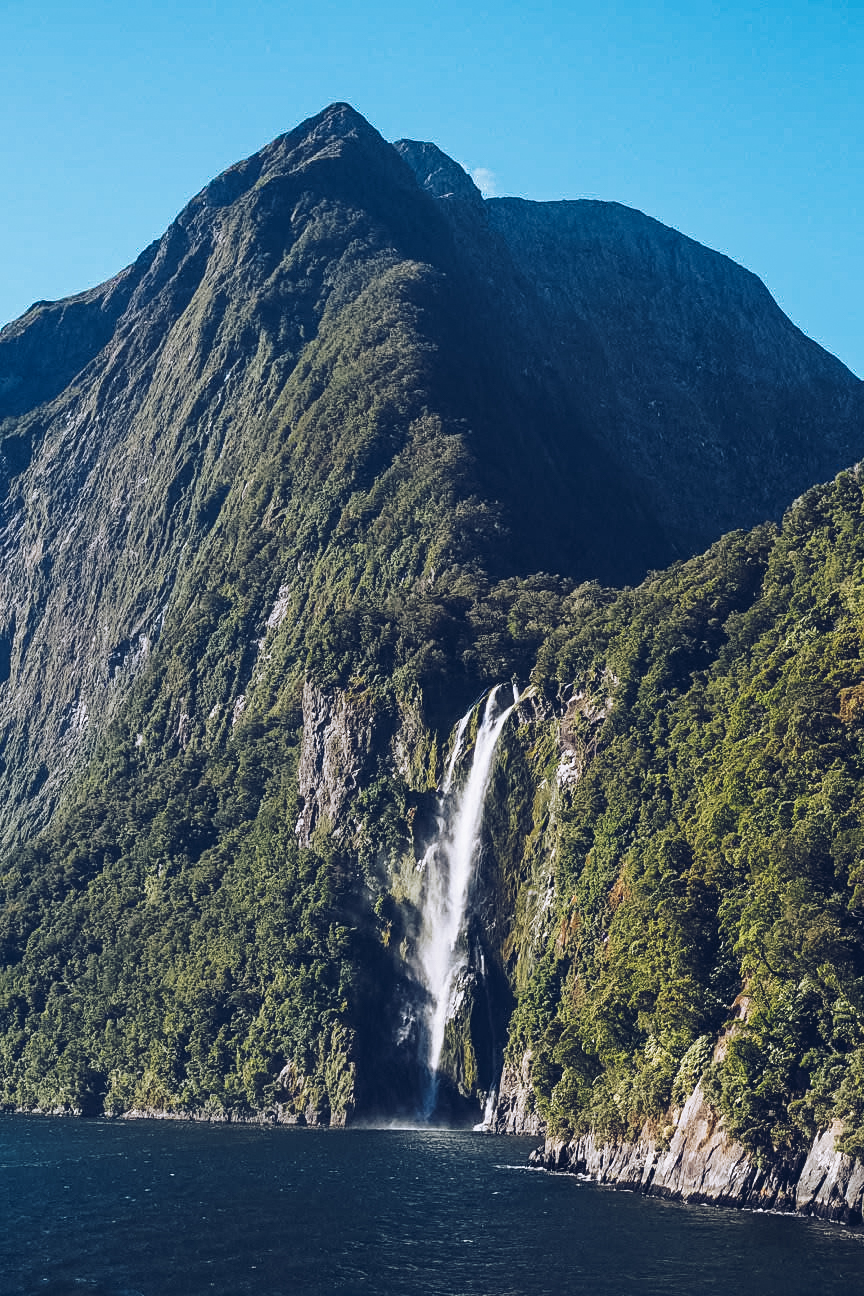 The thing about planning a holiday to New Zealand is that pretty much all of it is stupidly stunning. It’s the sort of place where your dream itinerary will never come to fruition because there is just SO much to see, normally in too little a time. Despite spending five weeks in the country on my first visit in 2016, I didn’t manage to make it to Milford Sound – the secretive area of the South Island Fiordlands, which meant this time around it was top of my ‘We have to do this, no compromising or I will totally throw a tantrum’ list (everyone has one of those, right?!). You see, the area is utterly fascinating because until the 1940s tourists couldn’t really easily get to it, meaning in the grand scheme of world travel, it’s hardly been touched. 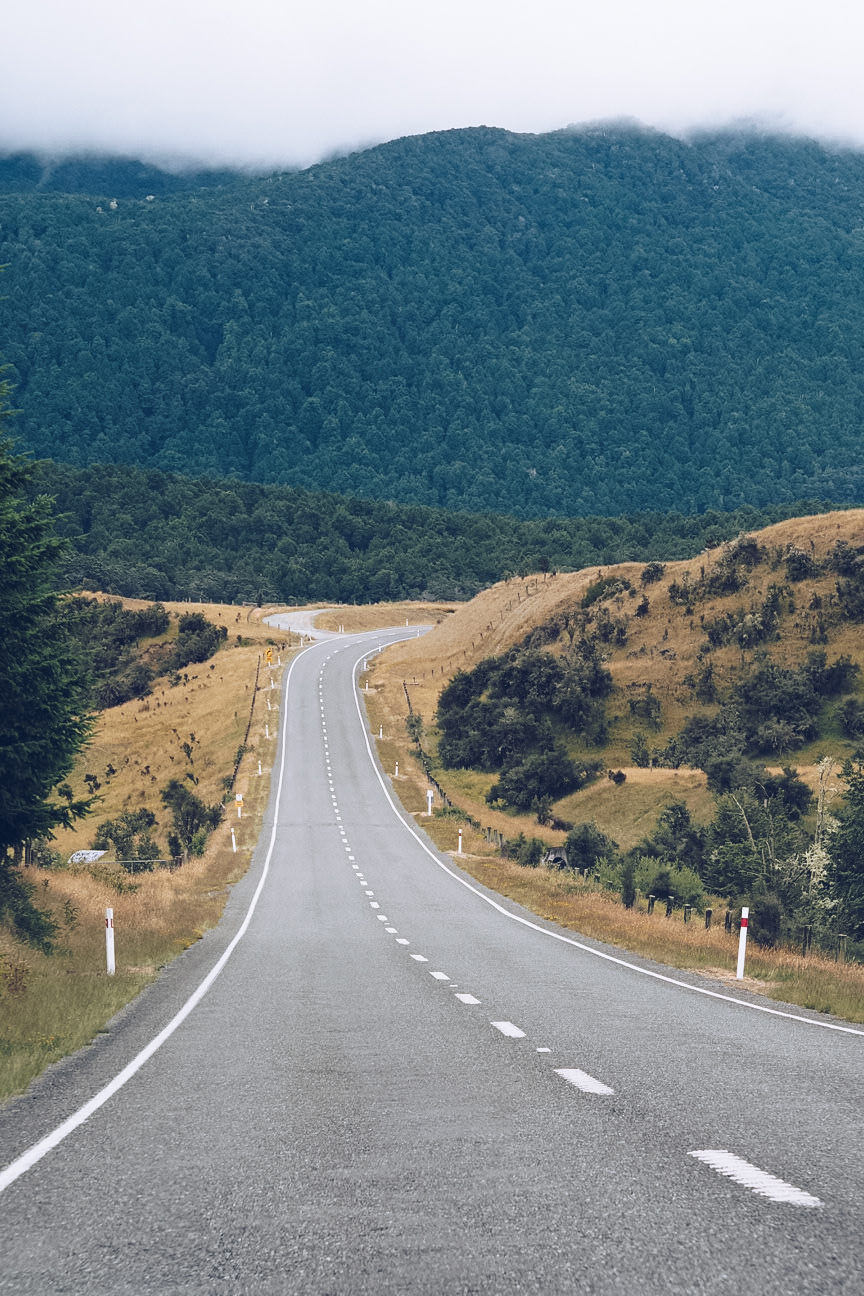 Due to Milford Sound’s preserved status, accommodation there is limited to one small hotel and self-serving campsites on the outskirts. We plumped instead to stay in the little town of Te Anau, which is about 90 minutes drive away, however we gave ourselves plenty of time because we had a sneaking suspicion that the views on the way would be worth stopping for. 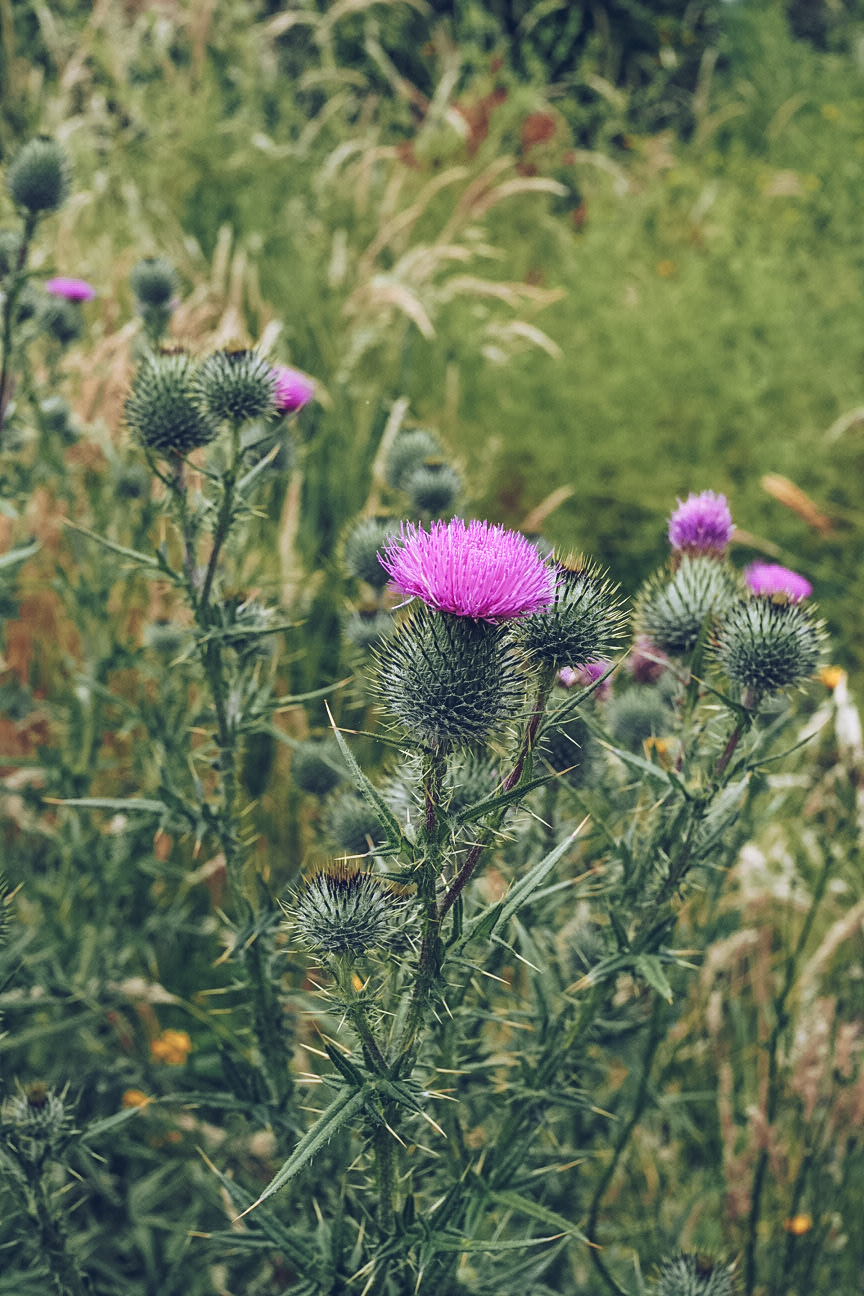 The weather was overcast but it added to the drama of the rugged scenery. Grass turned from mossy green to deep forest tones as we went further up into the mountains; swathes of open space punctuated with bright purple nettles or crystal clear waters like the incredible Mirror Lakes and Falls Creek waterfall, which we pretty much skidded into a u-turn to stop safely and get a decent look. But this was all just on the way to Milford Sound; to be honest, I didn’t know how it could get any more beautiful. 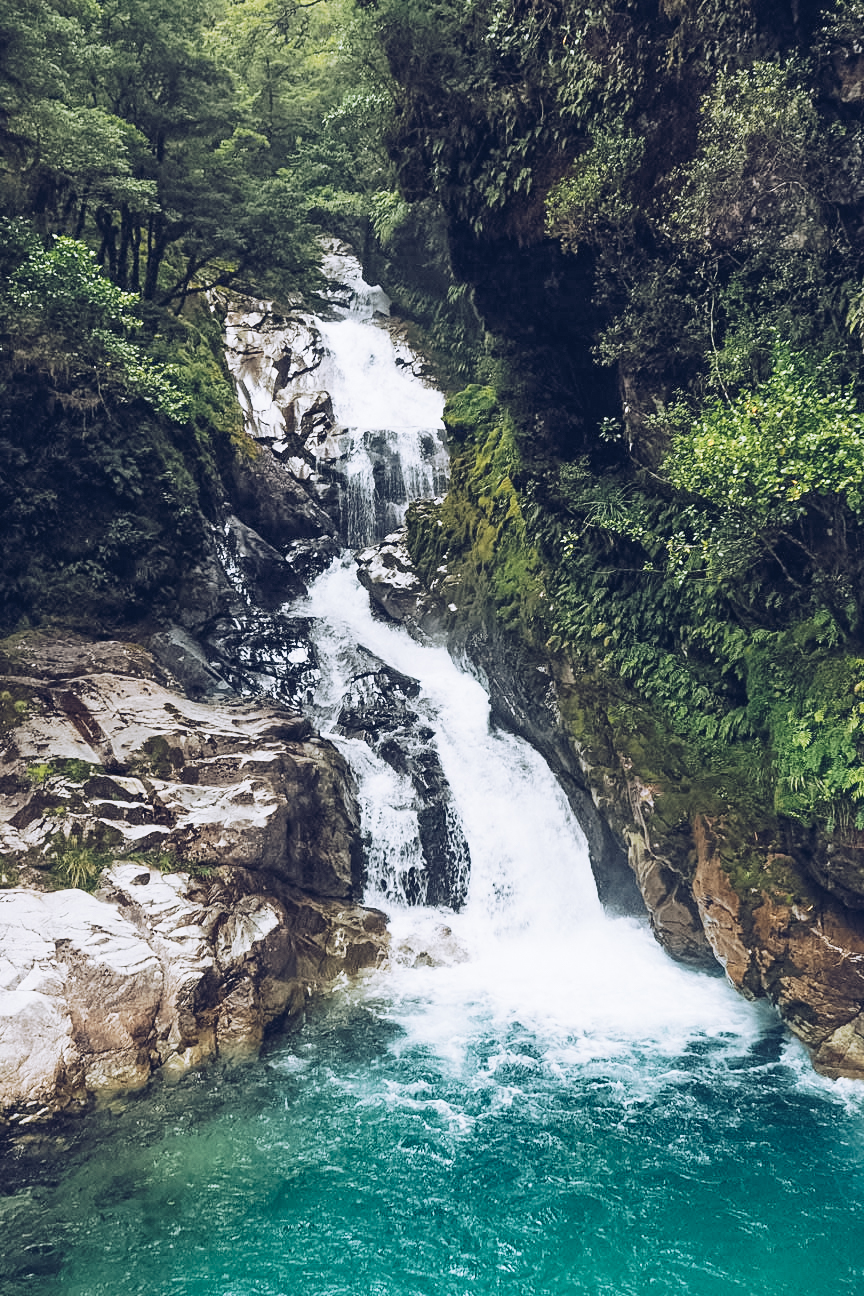 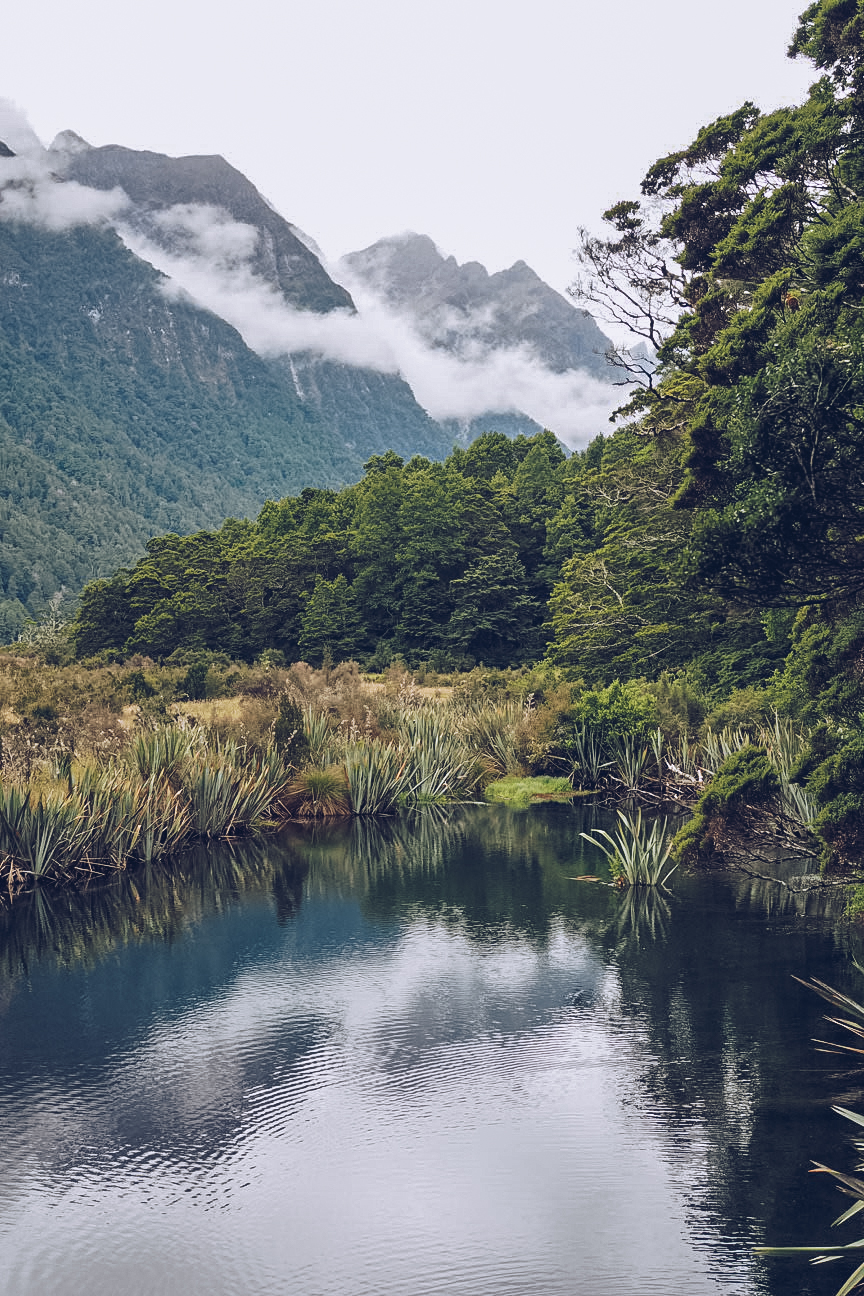 Going through the Homer Tunnel 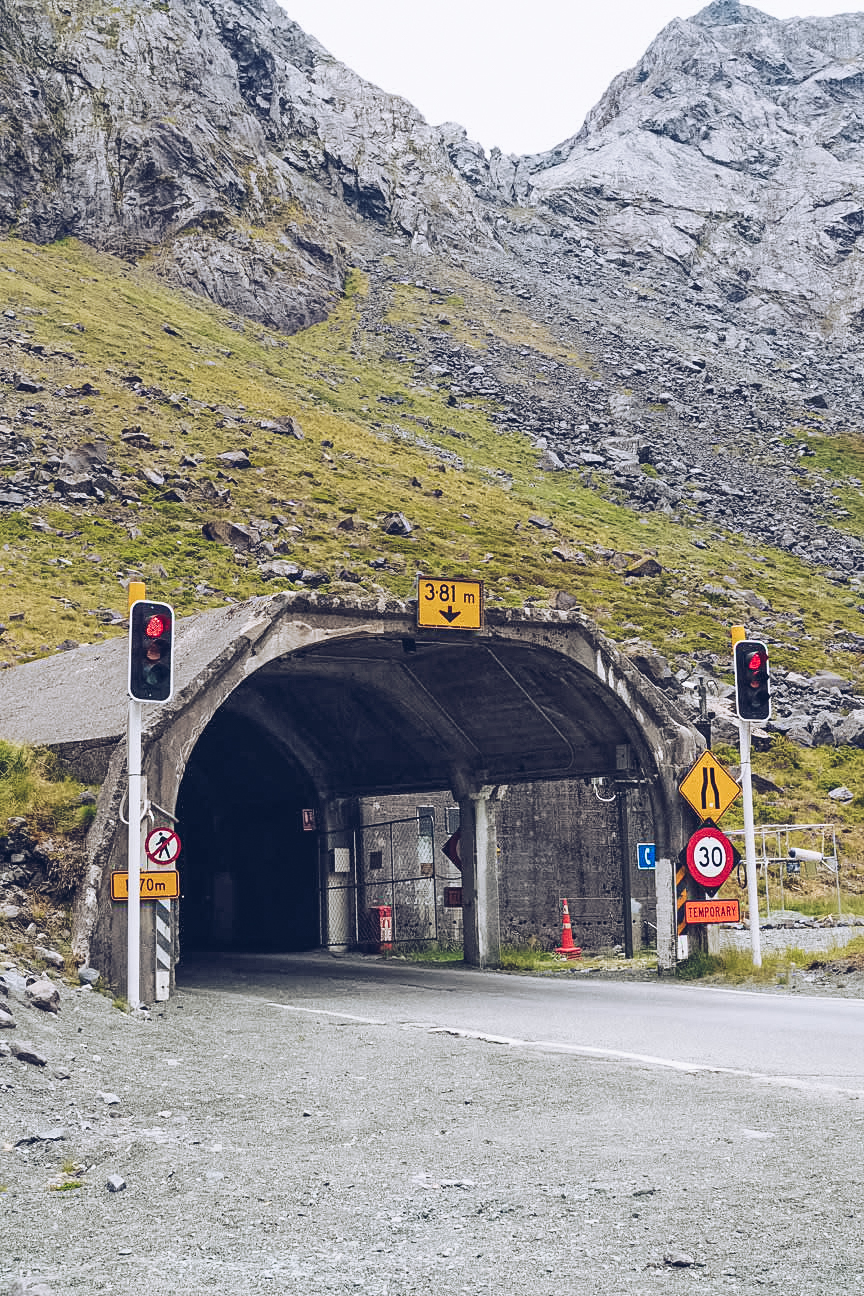 Winding all the way up into the hills, we arrived at the Homer Tunnel – the only entrance and exit point for cars into Milford Sound. It feels like the entrance to Toon Town in ‘Who Framed Roger Rabbit?’; unsure what lies ahead and just a dark road to drive down, heading to a glimpse of sunlight on the other side. The tunnel is an incredible feat of engineering that took 19 years to build because the super hard granite rock it’s built into took 100kg of dynamite to blow up just 25cm! 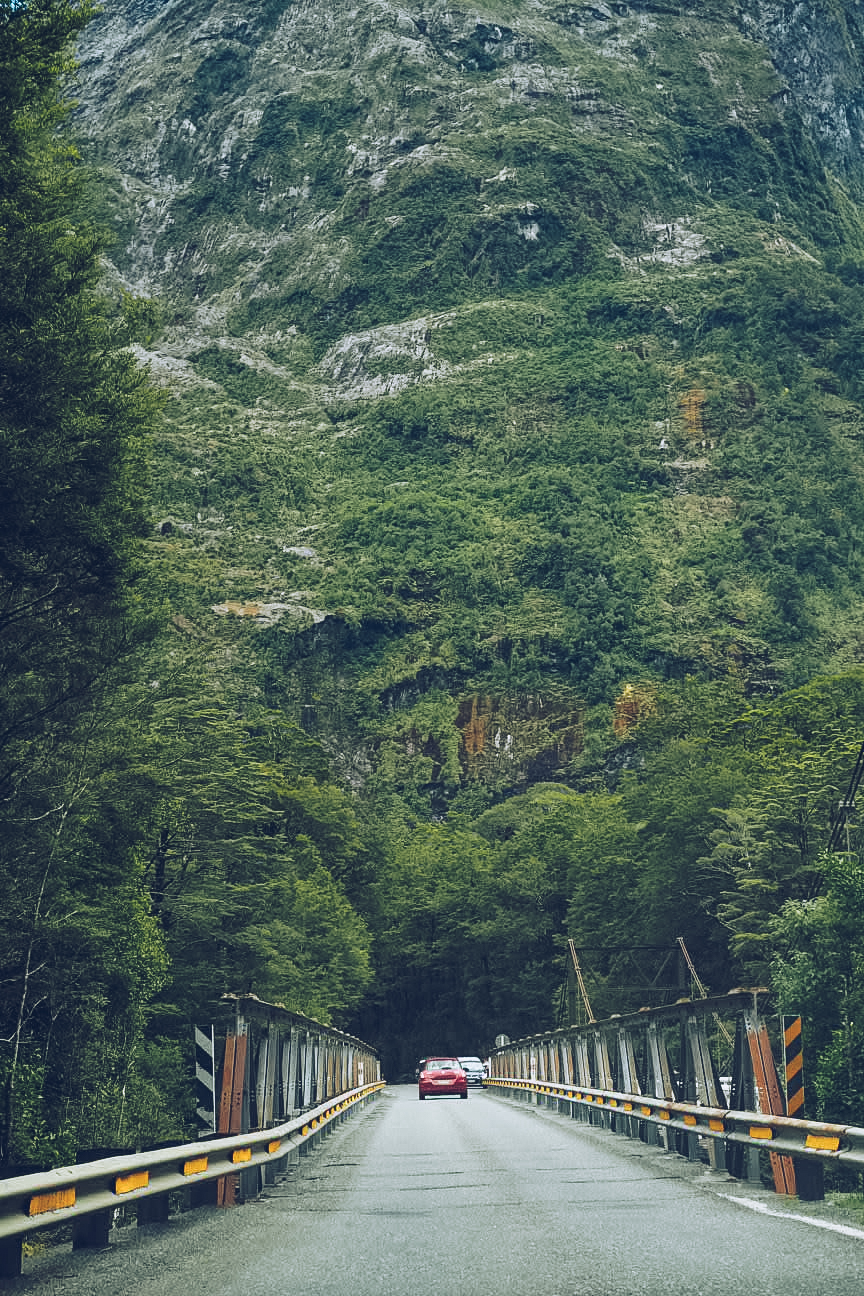 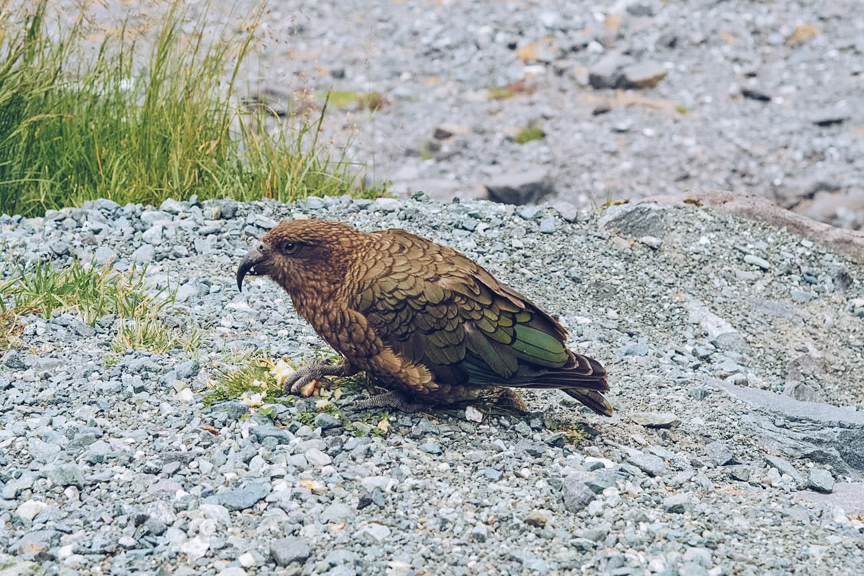 Save for hiking or sailing, this is the only way to get into Milford Sound. We joined the queue of vehicles getting ready to go through, watching the native Kea birds eating apple cores left over from careless tourists (more on this another day because boy, do I have a rant for you!). Arriving out of the tunnel though was honestly one of the most surreal things I’ve ever experienced: we literally left cloudy, grey sky behind and arrived to beautiful blue with beaming sunshine! The formation of the Sound basically means it has its own little microclimate, which normally consists of rain but we struck lucky.

Exploring around Milford Sound on foot 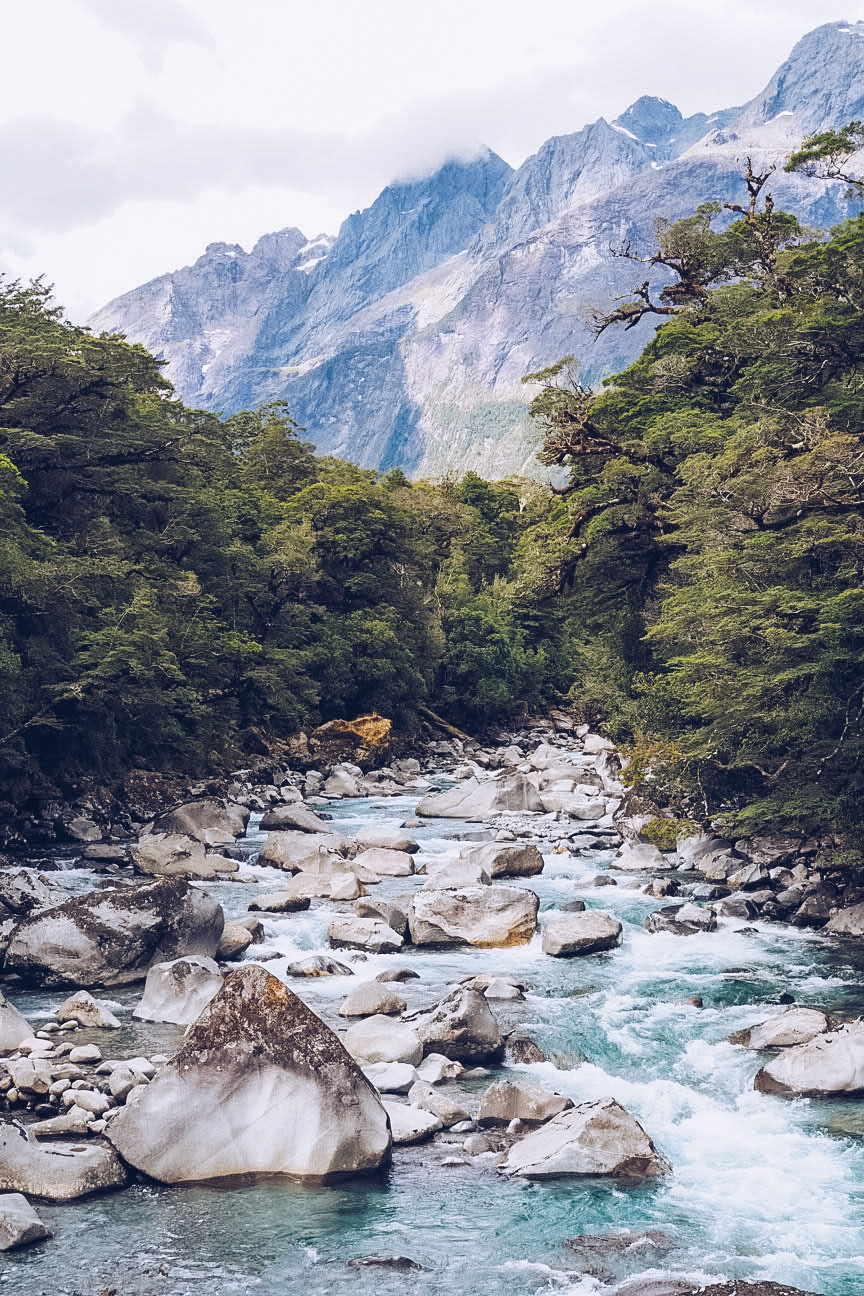 I say we were lucky, but it was so windy that our kayaking tour was cancelled. Instead, our lovely guide Charlotte from Go Orange tours kindly took us to some of her favourite spots before we hopped on a ferry tour. It was a blessing in disguise really, as we got to scramble over the rocks under a bridge to fill our water bottles from the Tutoko River, and I’ve never tasted such pure, ice cold joy in al my life. It’s ruined all water for me forever. 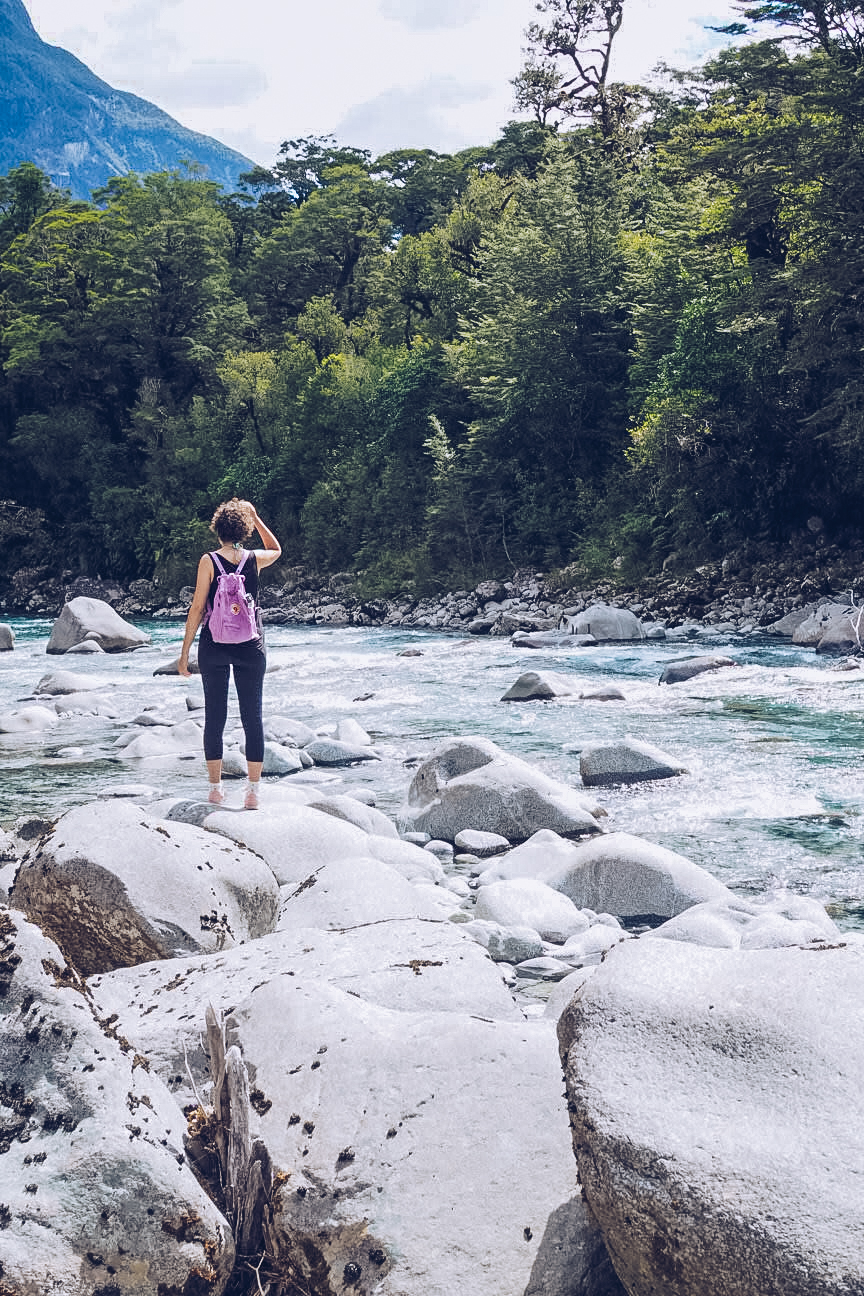 Finally, we made it onto the water to actually see the Sound in all its glory. Wider than a fjord, this amazing natural phenomena leads out to the Tasman Sea and was formed as a glacier receded into the valley, which explains the jaw-dropping landscape. Year round heavy rainfall means there is an abundance of waterfalls, including hundreds of temporary ones that appear and disappear dependent on the weather, and the incredible Stirling Falls which is as tall as a 50 storey building and provides power for the whole area! 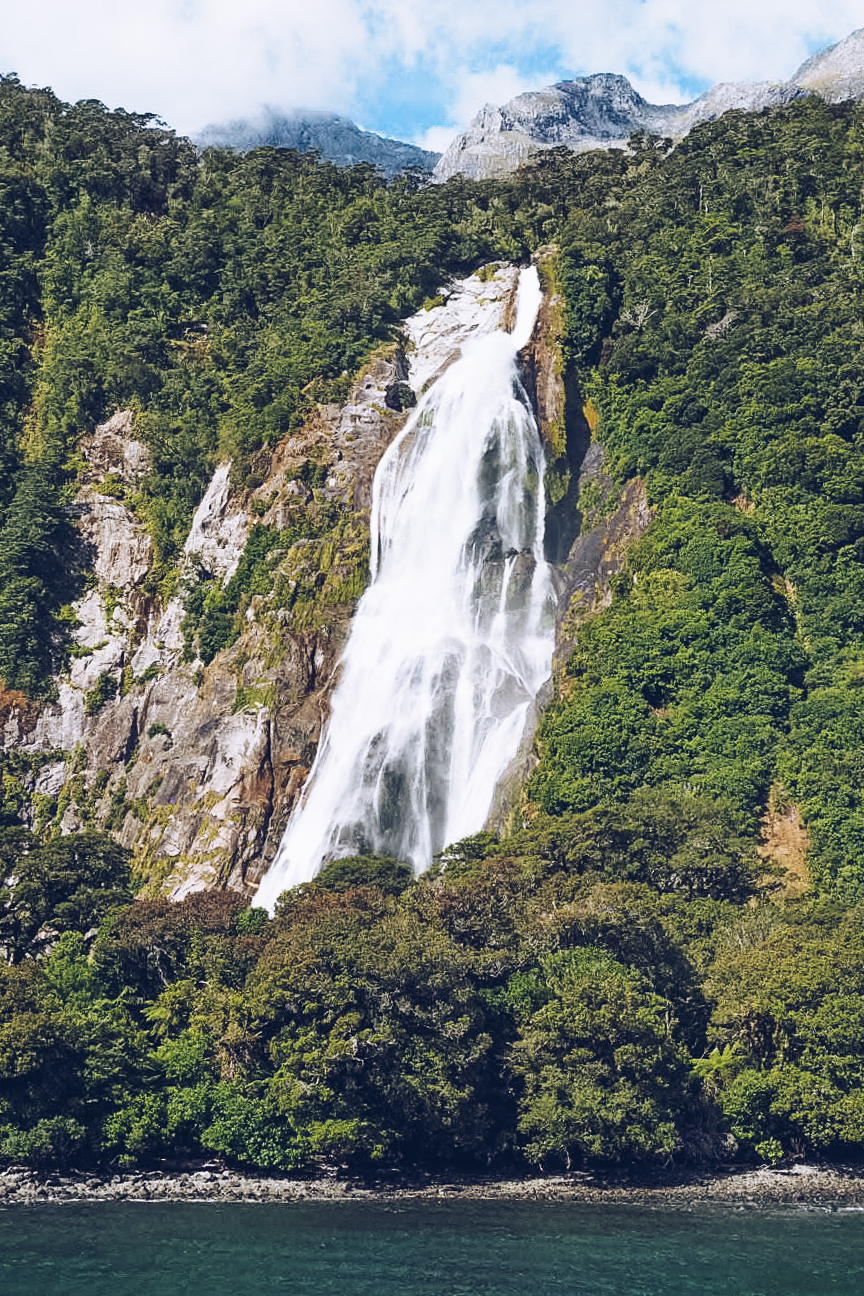 The sunshine made rainbows appear at random, adding even more frantic activity on board to complement the excitement of seeing colonies of sleeping seals lounging on warm rocks. The cliff faces towered over us, occasionally giving us welcome shade from the (still surprising) heat, whilst we ate fish and chip on the top deck and observed the flora and fauna being pointed out to us. I could see snow caps on the highest mountain peaks and unparalleled natural beauty from every single angle. it felt unreal; a whole new wonder to feast on and soak up right up until we had driven back through the Homer Tunnel. 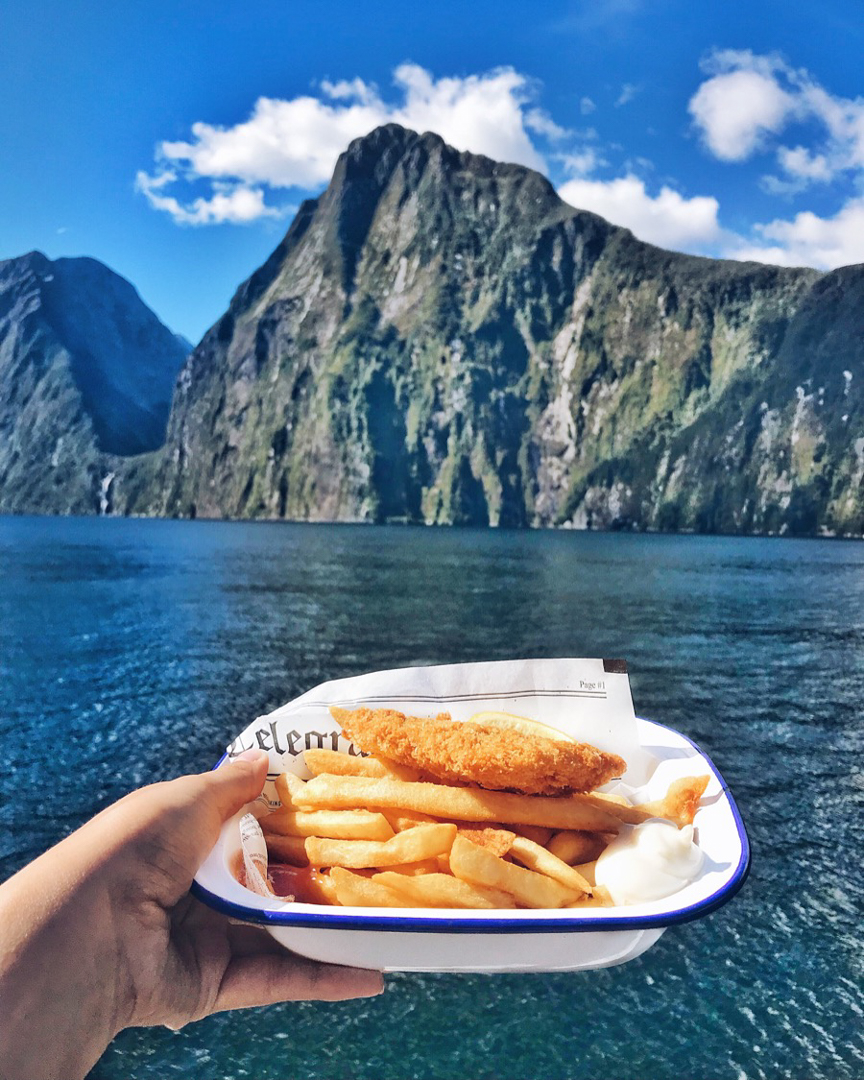 It was almost like a dream. Too good to be true and never will I be able to do it justice through these words and photos. It has to be seen to be believed. If there’s one place you must visit in New Zealand, this is it. 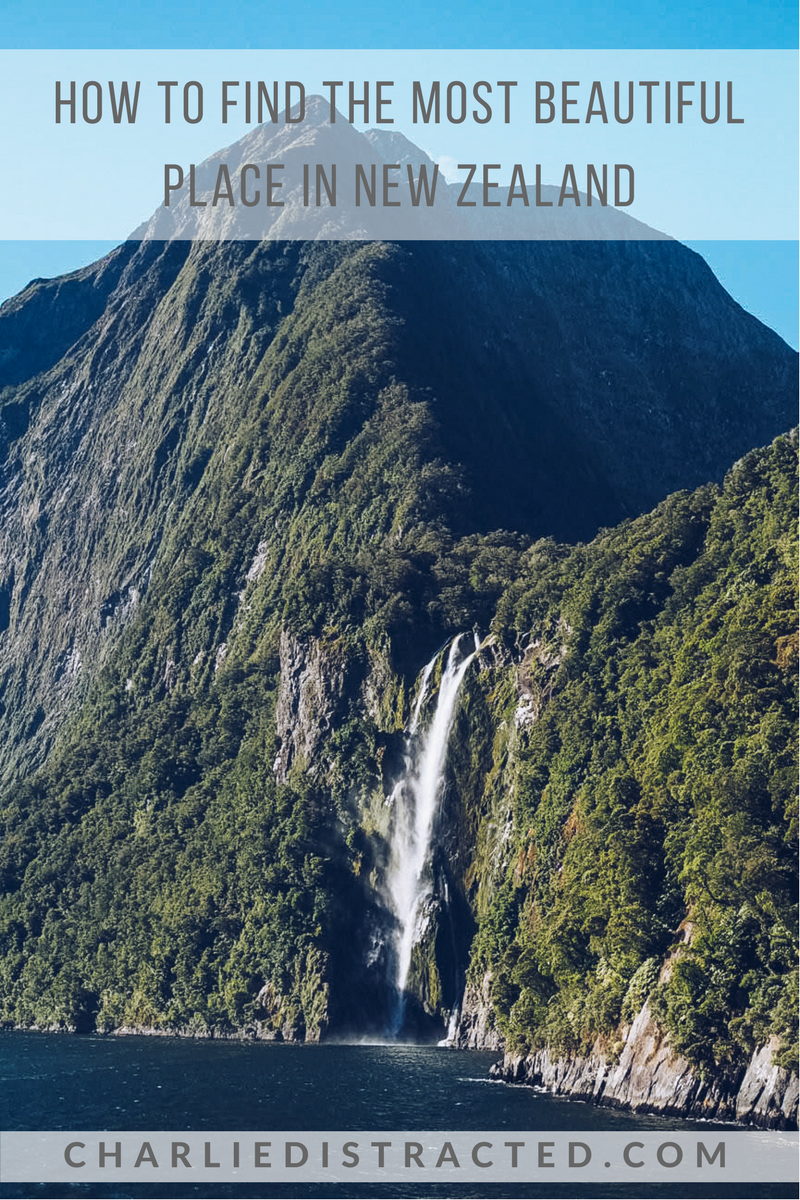