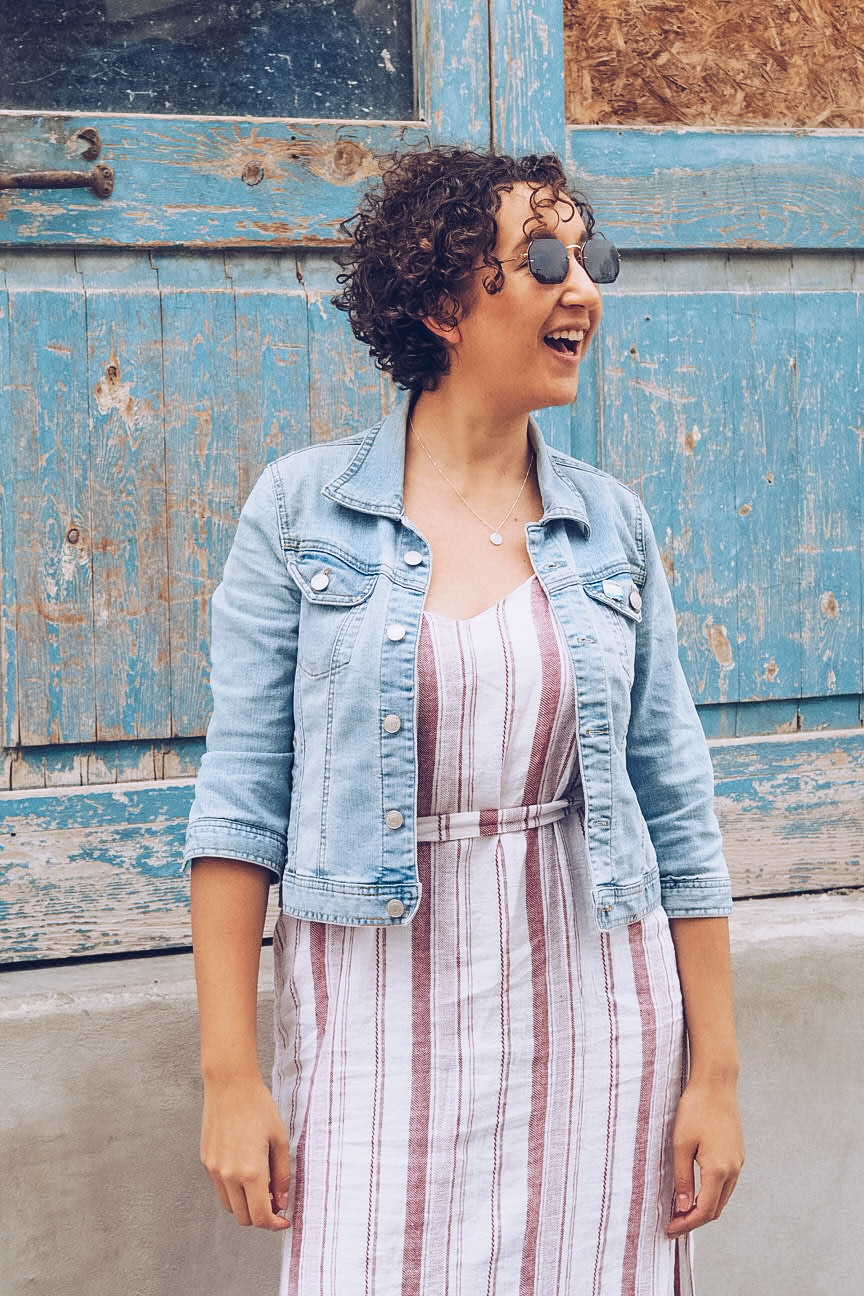 I’m a busy holidaymaker. When I travel, I snoop around to wheedle out the most interesting on, off and around the beaten track. But Paphos, Cyprus really threw me off guard; despite my concerted efforts to explore, I couldn’t quite get to the soul of the place, and unexpectedly, the part of my trip I enjoyed the most was actually spending time at the resort my villa was located.

I knew that my accommodation in Aphrodite Hills* would provide me with everything I wanted, but just like when I stayed in an all-inclusive hotel in Jamaica, I still wanted to see what the rest of the country had to offer. And truly, I gave the tourist trail a real chance. We drove into Paphos excited to see a town with a fascinating and intricate history; the Greek/Turkish divide, the ancient Roman settlements, the anticipation of Mediterranean inspired food. And as we came into the Old Town, I openly cheered at quick glimpses of street art and dusty alleys with bright wooden shutters on the windows. 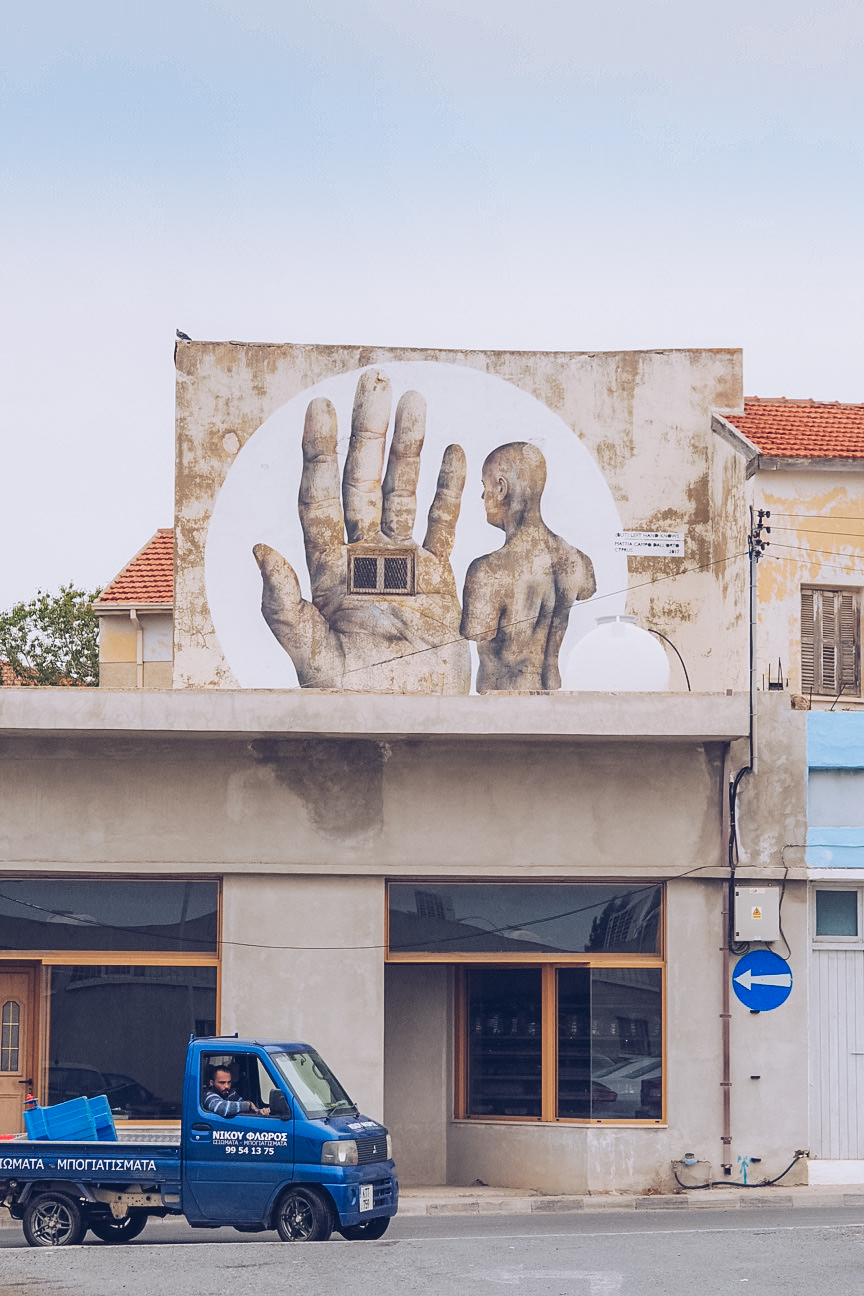 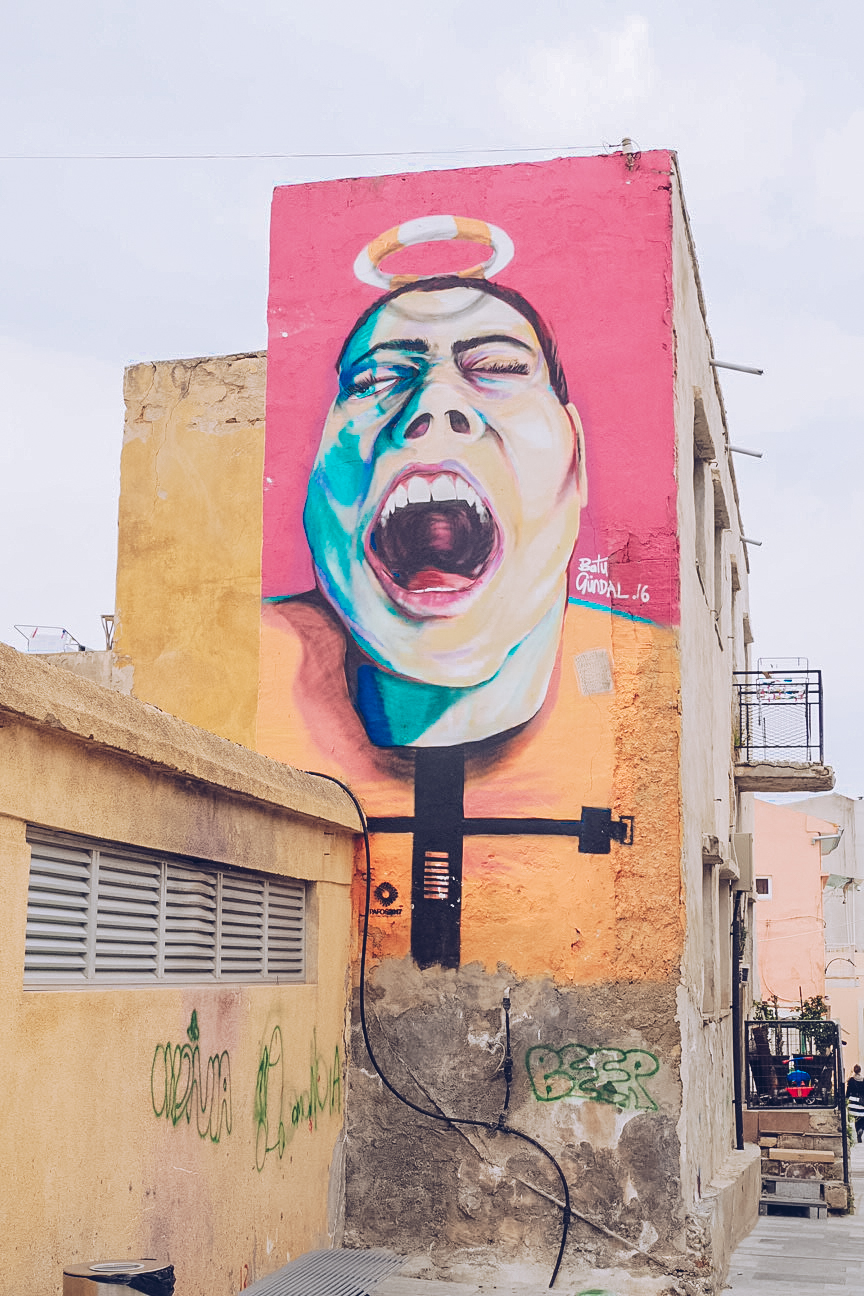 But what we’d seen on the surface was kind of it. I tried to dig deeper, but the guide book-recommended Covered Market wasn’t the buzzing epicentre of a vibrant city I’d expected, and everywhere seemed to be under construction. It wasn’t even like the dilapidated buildings of Bucharest which held so much personality in their ruins; instead it was just a sea of beige. I did catch glimpses of the true heart of Cyprus though, through the traditional band playing as they walked around the Old Town, the delicious lamb kelftiko I devoured at Laonas, and of course, the incredible ruins that define the history of the country. 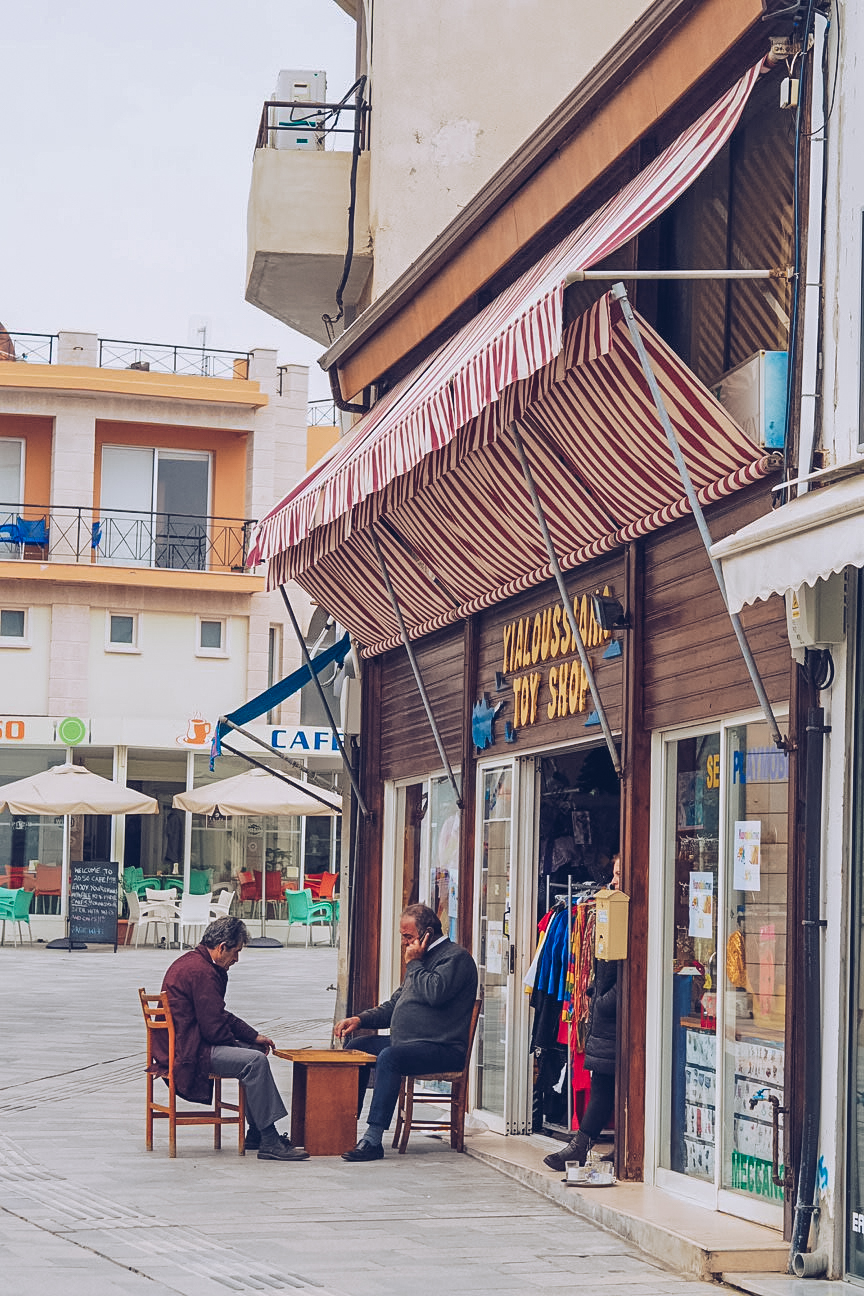 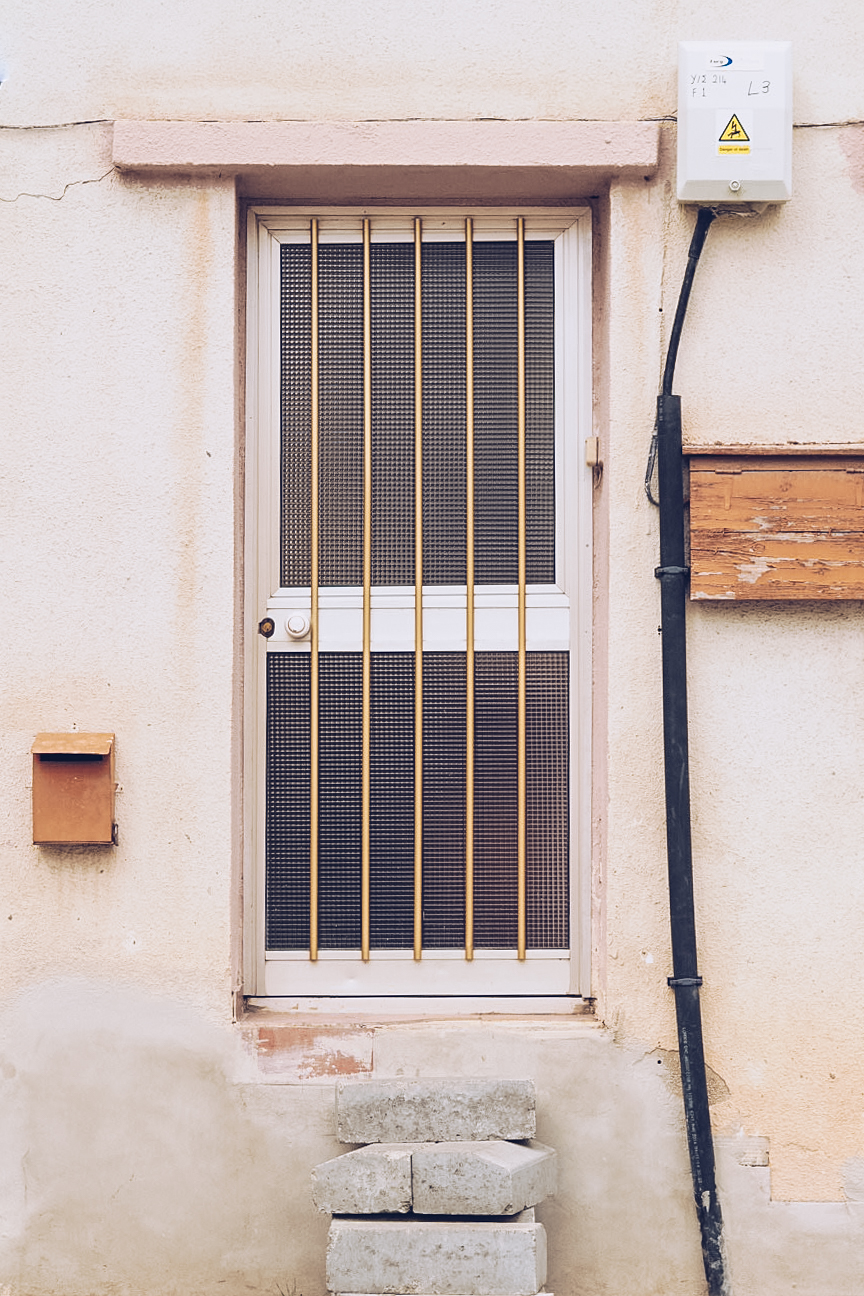 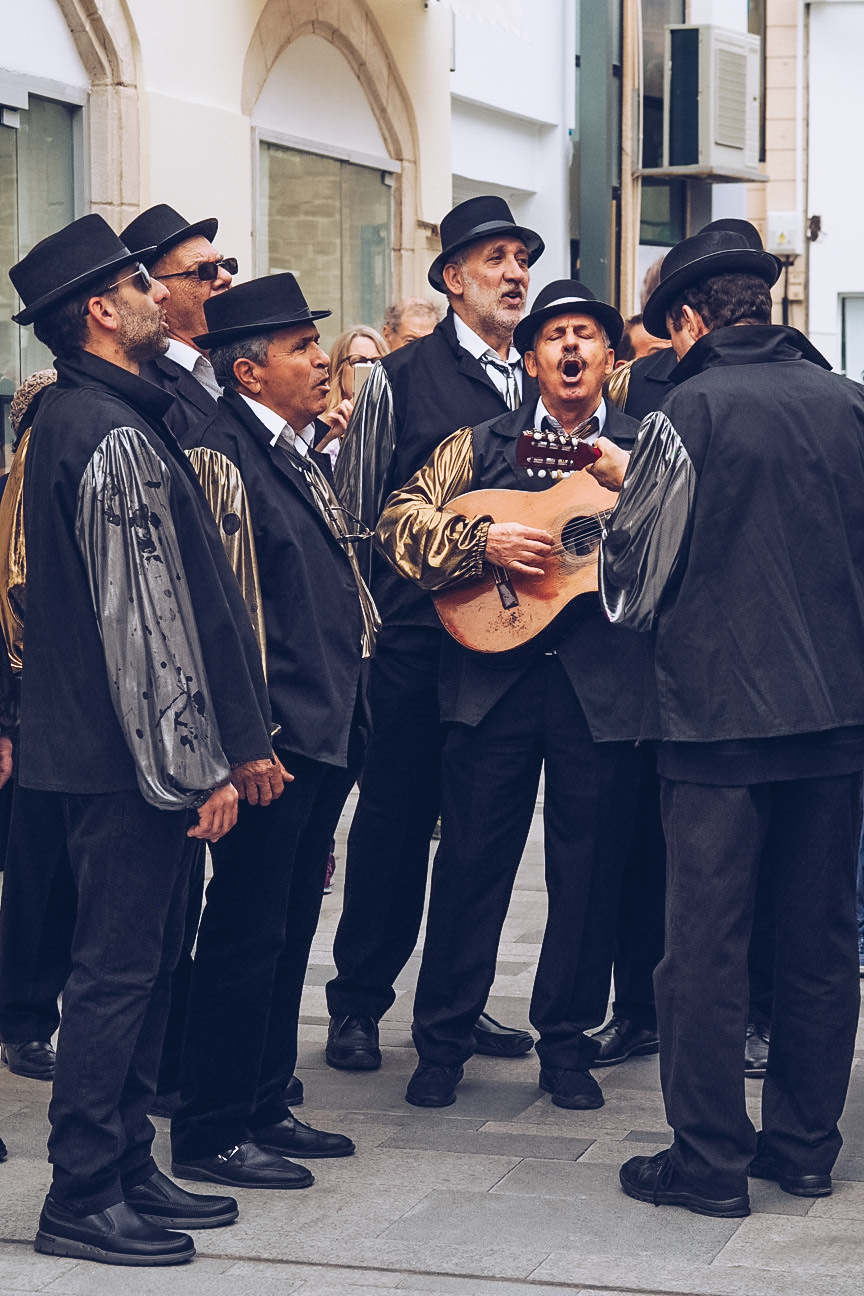 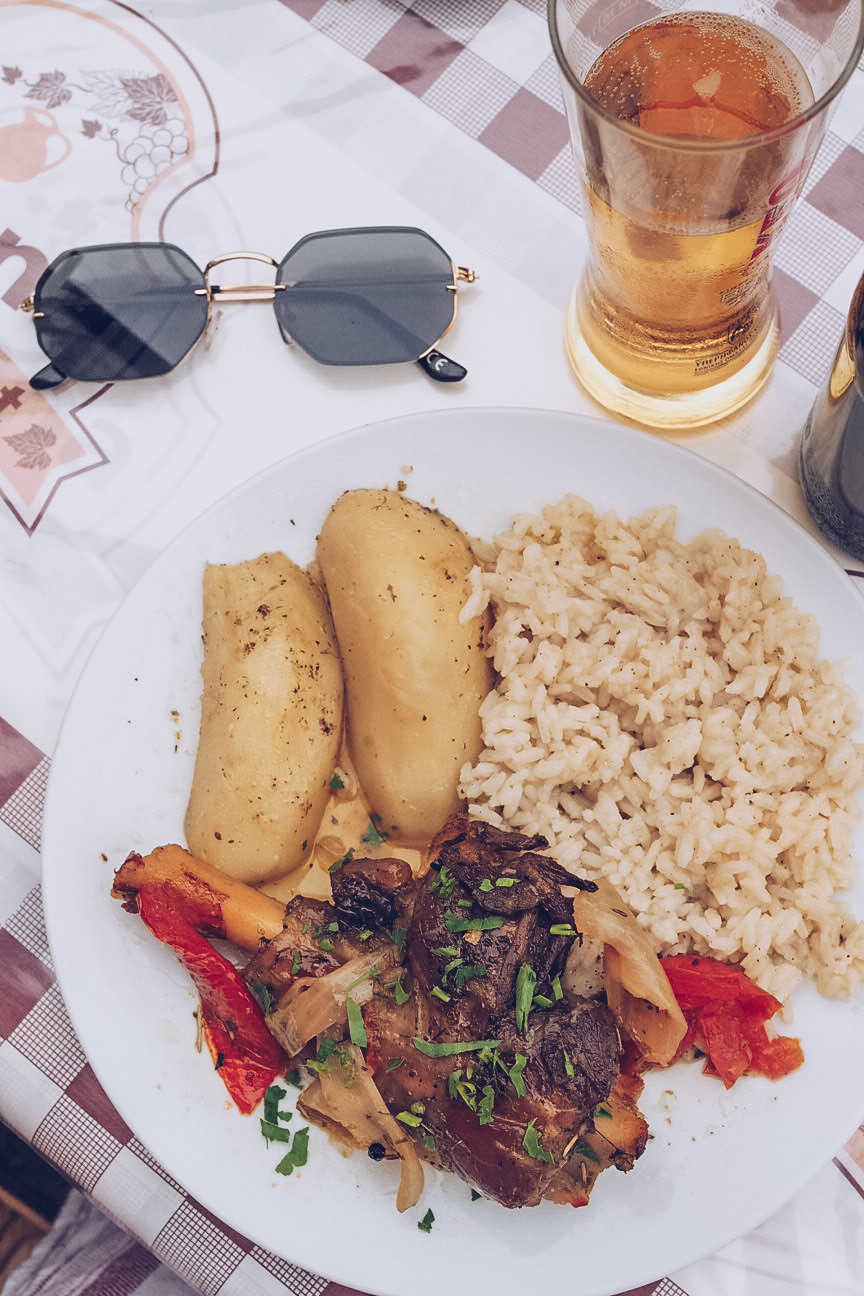 In fact, it was the hidden beauty and intricate back story of both Paphos Archaeological Park and the Tombs of Kings that I expected to penetrate the overall feeling of Cyprus, but sadly these fascinating ruins do all the heavy lifting, along with the obvious stunning ocean views and natural formations like Aphrodite’s Rock. 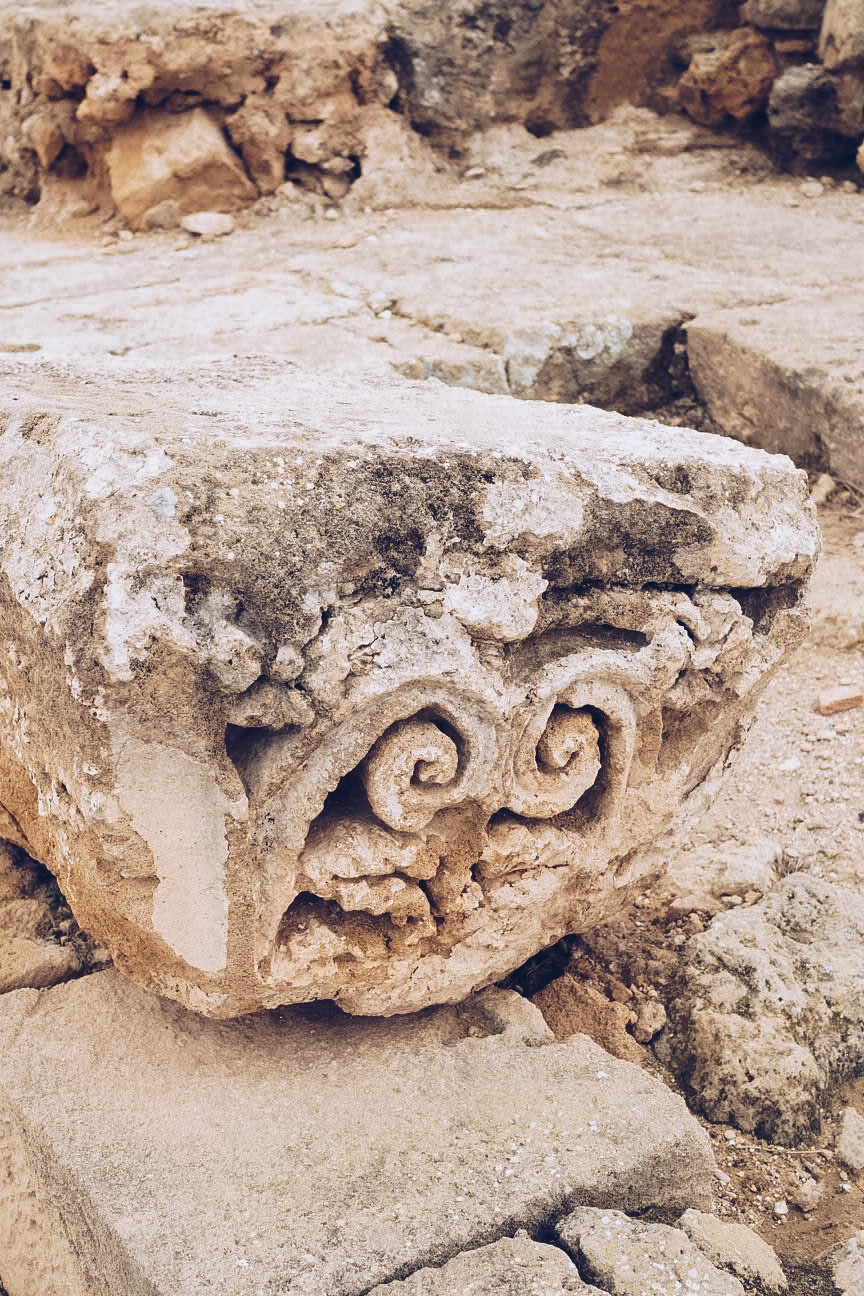 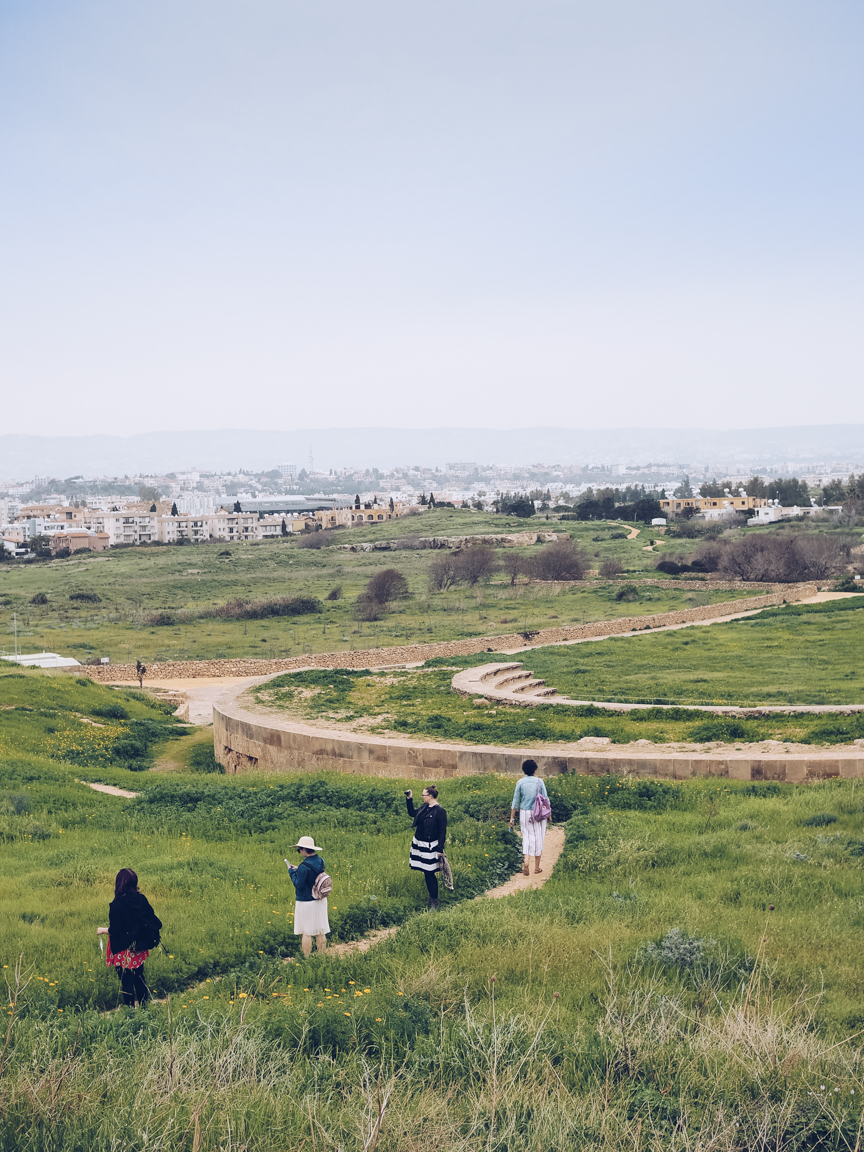 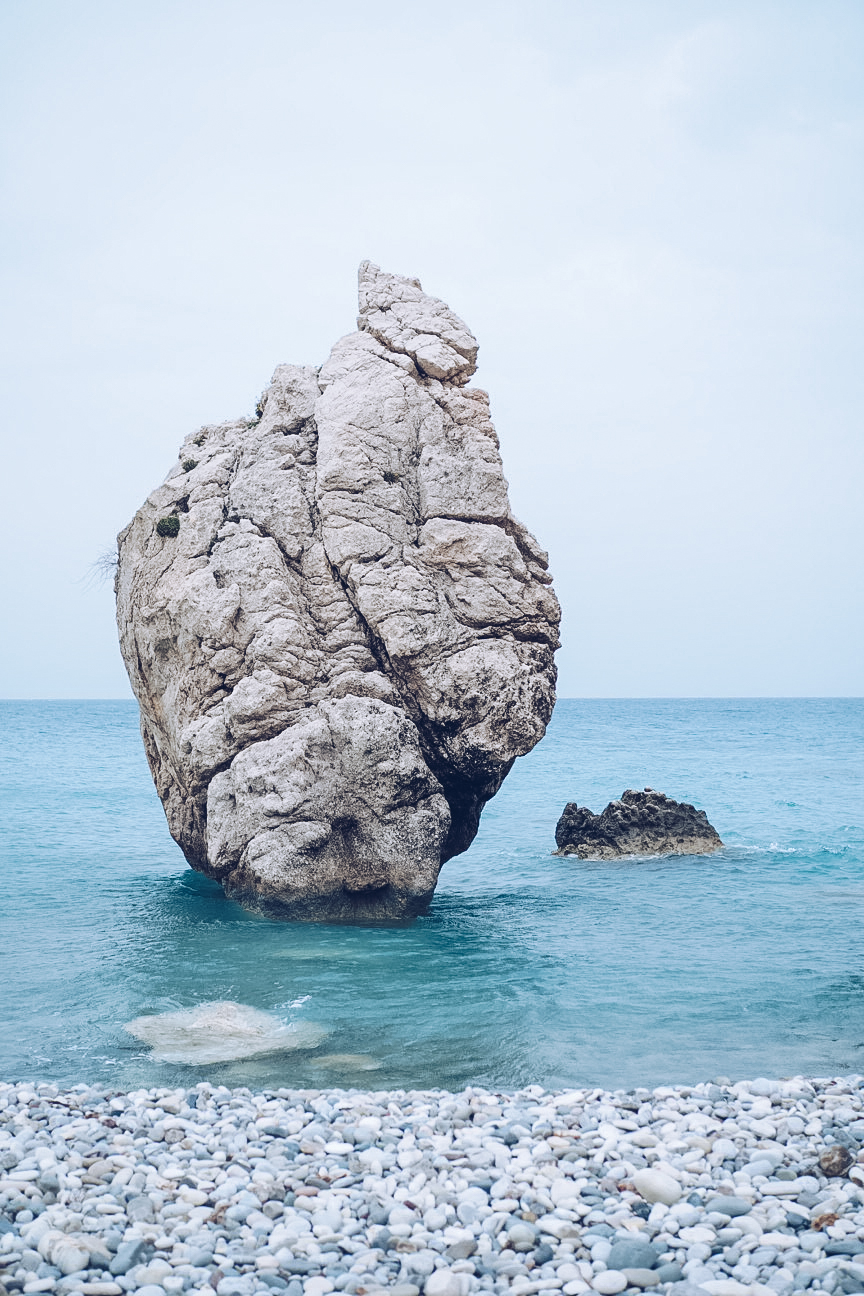 And that leads to the biggest surprise of the trip: I actually enjoyed having down time. Villa holidays have never appealed to me purely because I feel like I have to just stay there and do nothing else, but really it’s just a base with the flexibility of an Air BnB but the comfort and luxury of a hotel, and this trip couldn’t have come at a better time. Super stressed at life in general, I really, really, REALLY needed to disengage my brain from reality for a while, and do you know what’s good for that? Lie-ins and pool time and local lagers, delicious desserts and Cards Against Humanity with friends. 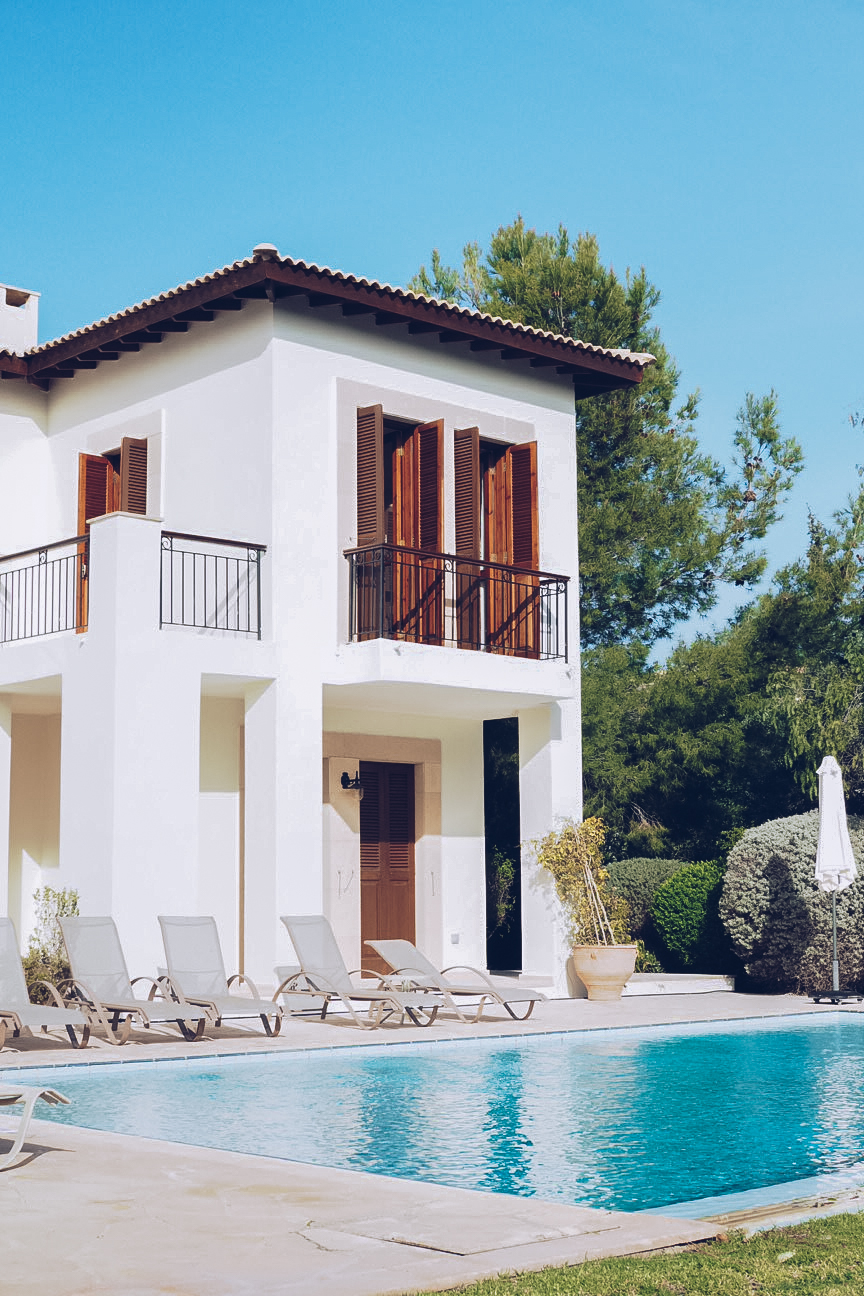 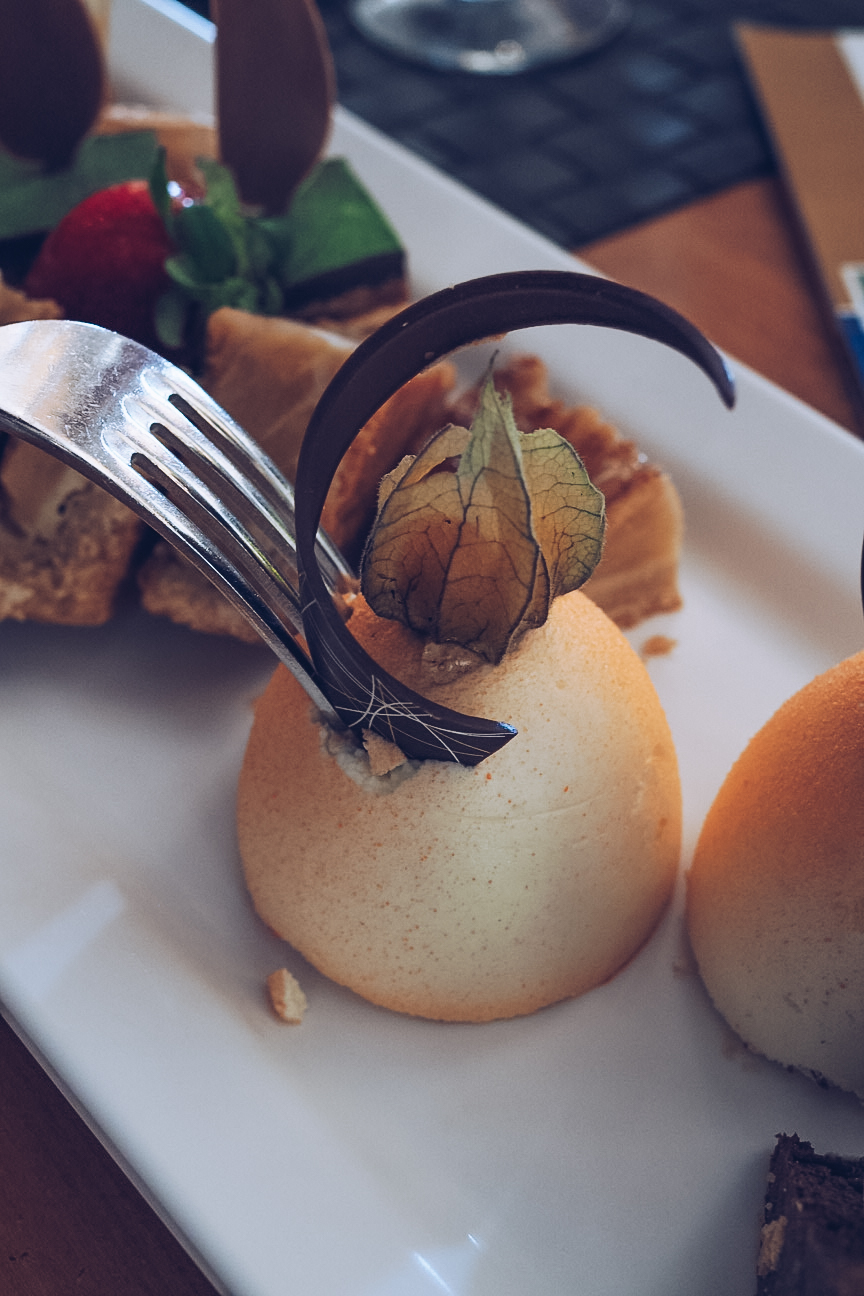 Guys, I did a tennis lesson. I somehow managed to hit a golf ball on a driving range (on purpose!), and I loaded up on the world’s biggest ice cream at the supermarket near by. It was the resort experience that made up for the lacklustre explorations and gave us all some much needed time out. 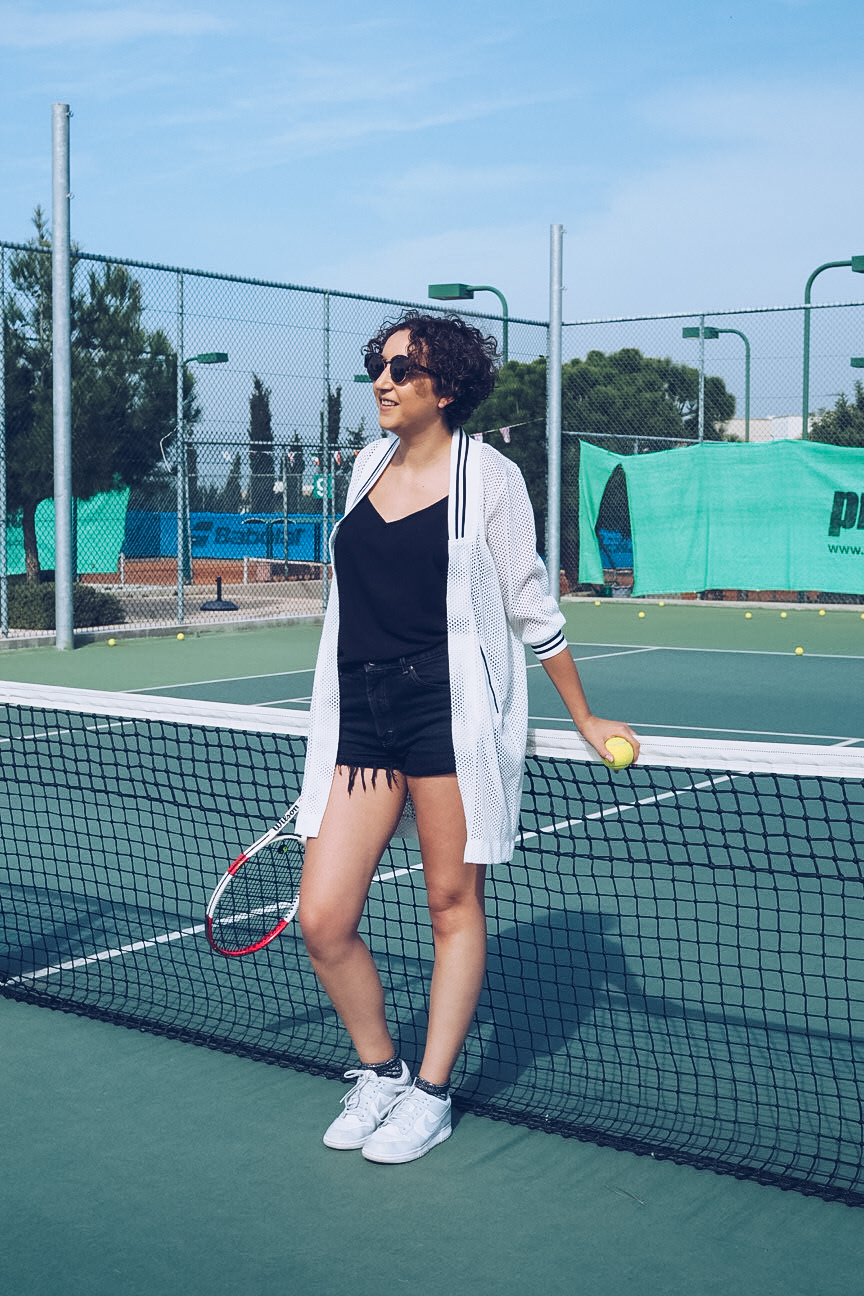 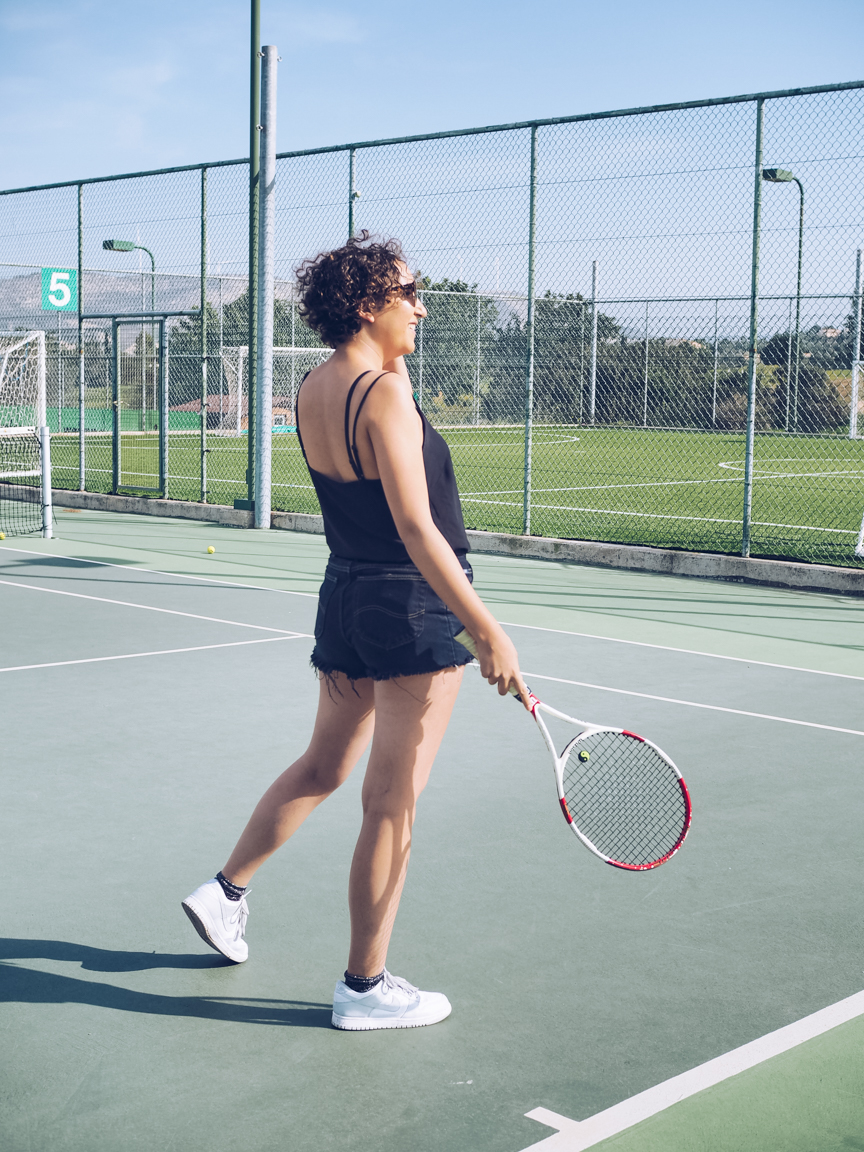 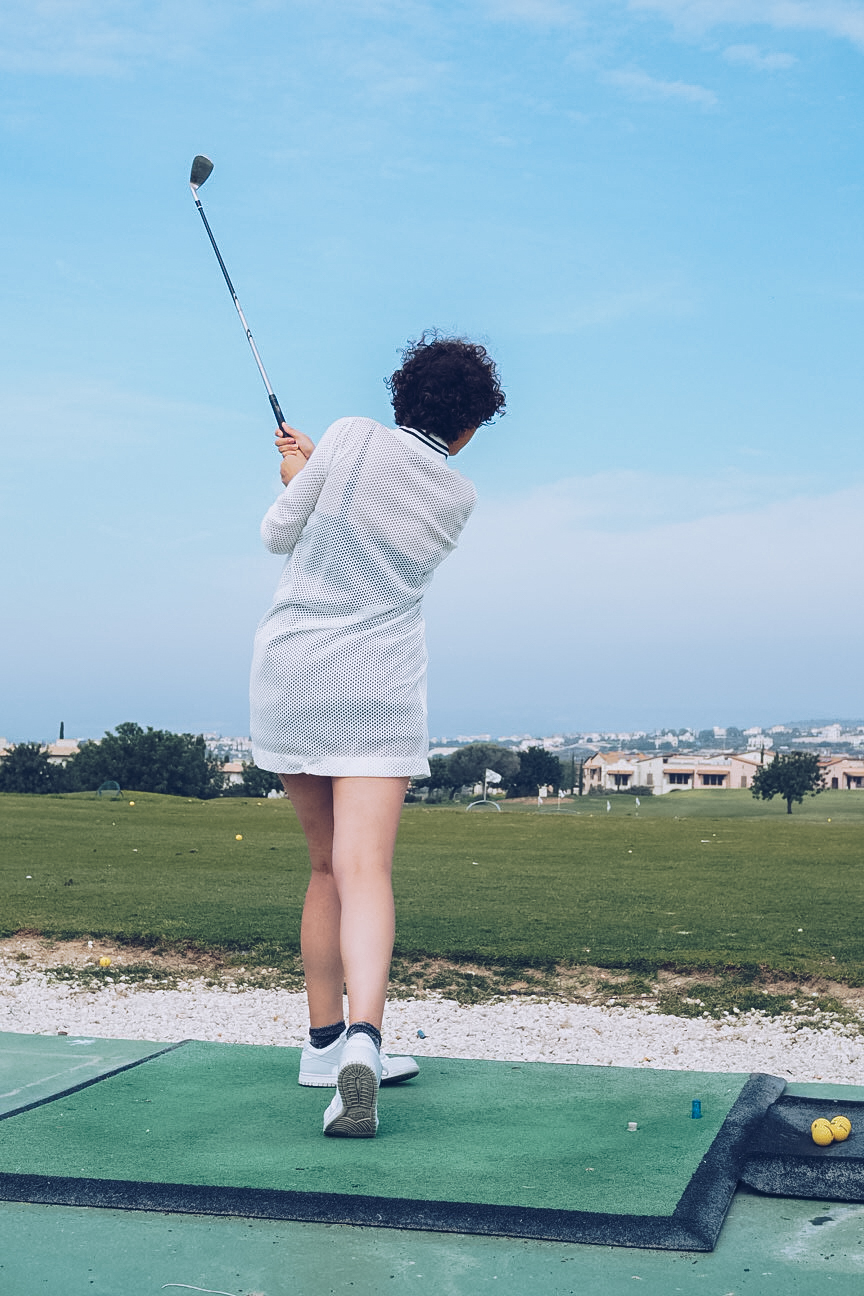 Such a slow pace wasn’t actually planned and it wasn’t even something I was looking for. But having the space and home comforts of a villa alongside fleeting glimpses of sunshine away from the UK winter allowed to relax on holiday for the first time since, well, probably ever. And I was a-OK with that.