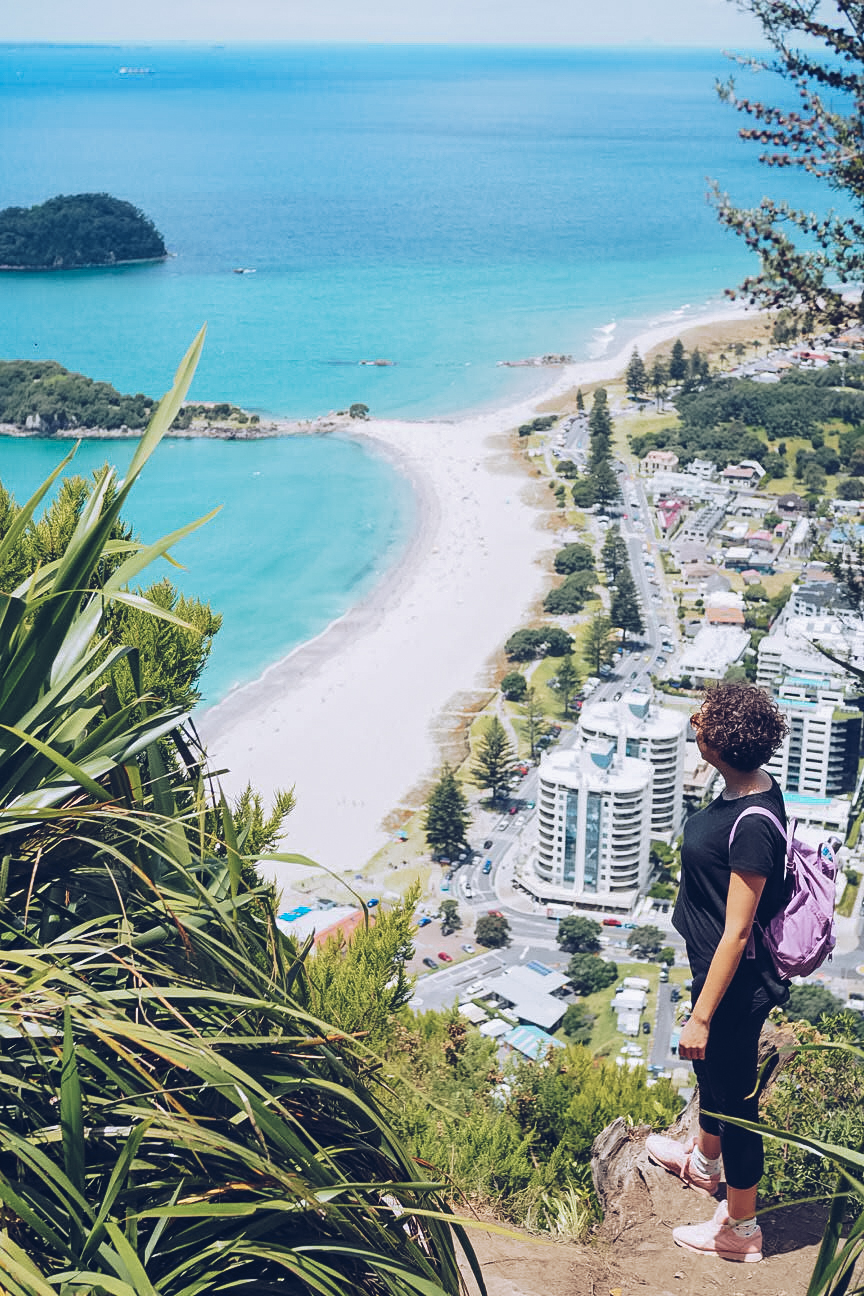 I’m sure plenty of people spend their hot-weather Christmas holidays doing very little, but true to form, I wanted to ensure my festive trip to New Zealand featured a good dose of exploring as well. I’d been to the North Island before, but never over to the east coast, and I was excited to spend time around the Bay of Plenty to see where my boyfriend grew up, hang out with his family, and get a local’s eye on a whole new area of the country. 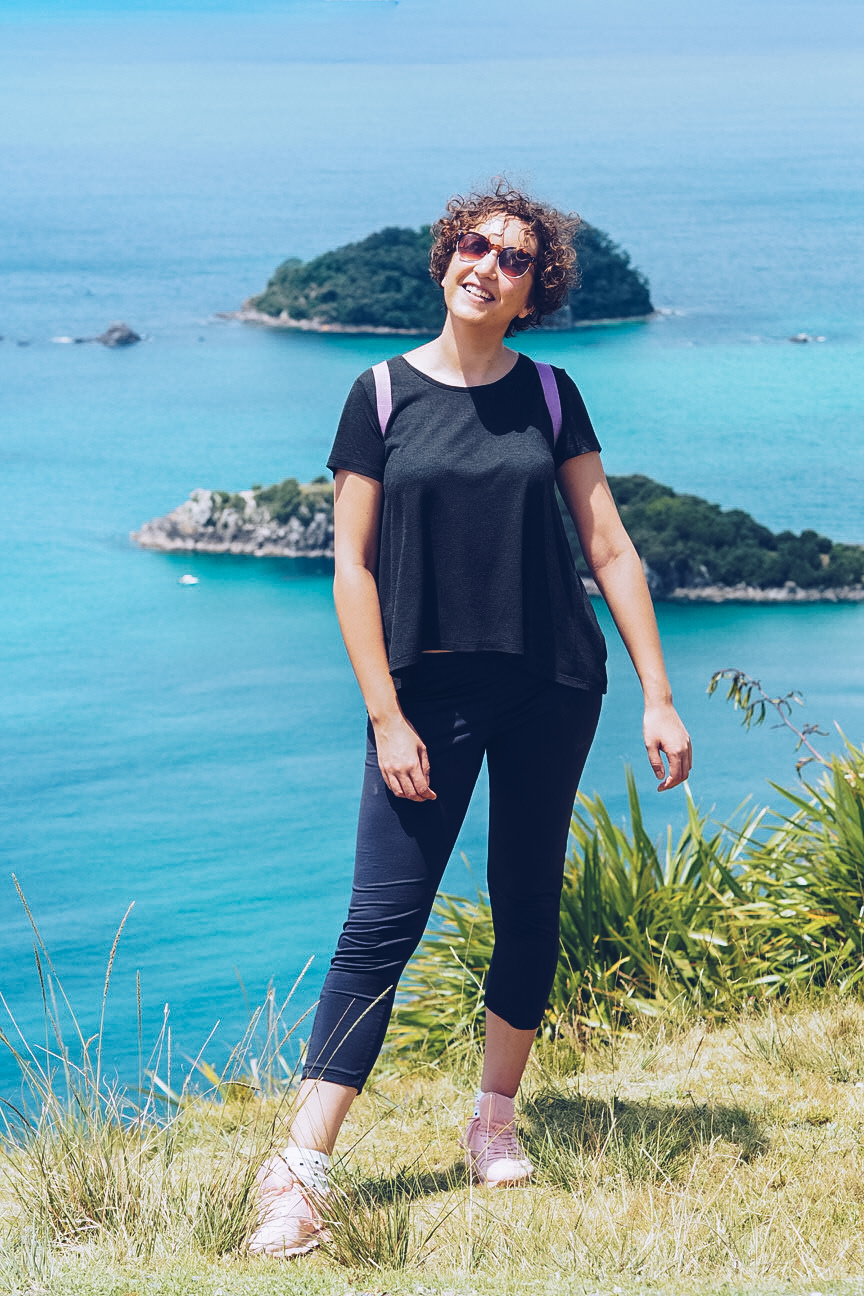 Usually on the 27th December, I stay hibernated at home, but being in a warmer climate and having eaten just as much as an other Christmas, I was desperate to get out and about. Nearby Tauranga came up in most of my ‘what to do in Bay of Plenty’ searches, but the beach town of Mount Maunganui was really more of the post-festive chill-out that I needed. We had a great brunch Tay Street Beach Cafe where all my previous opinions about mushrooms on toast were shut down with a thick slice of toast from local bakery, Flaveur Breads, which was then topped with portobello mushrooms, feta, truffle oil and pickled courgette, dotted with pine nuts and finished with an extra side of bacon. It gave me all the energy I needed to walk up the eponymous Mount! 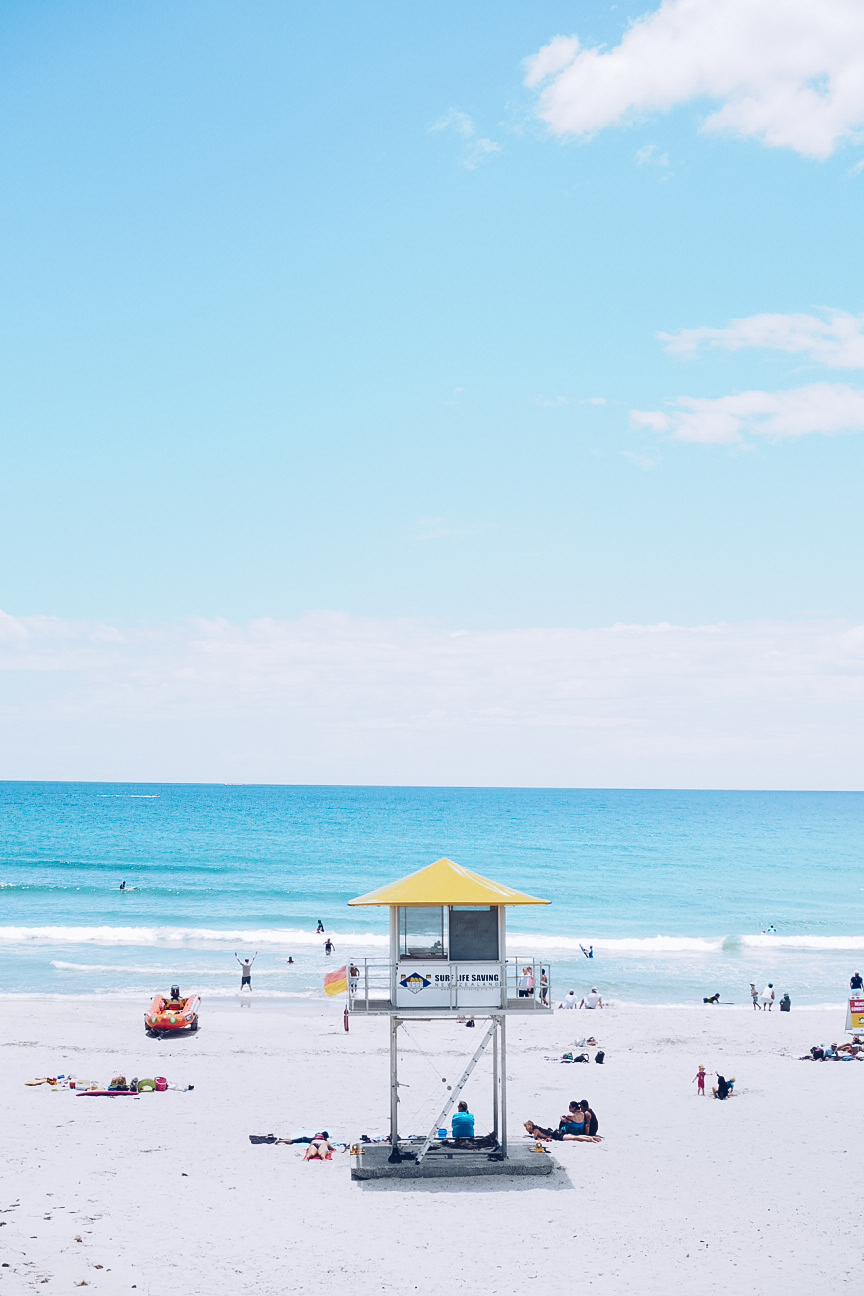 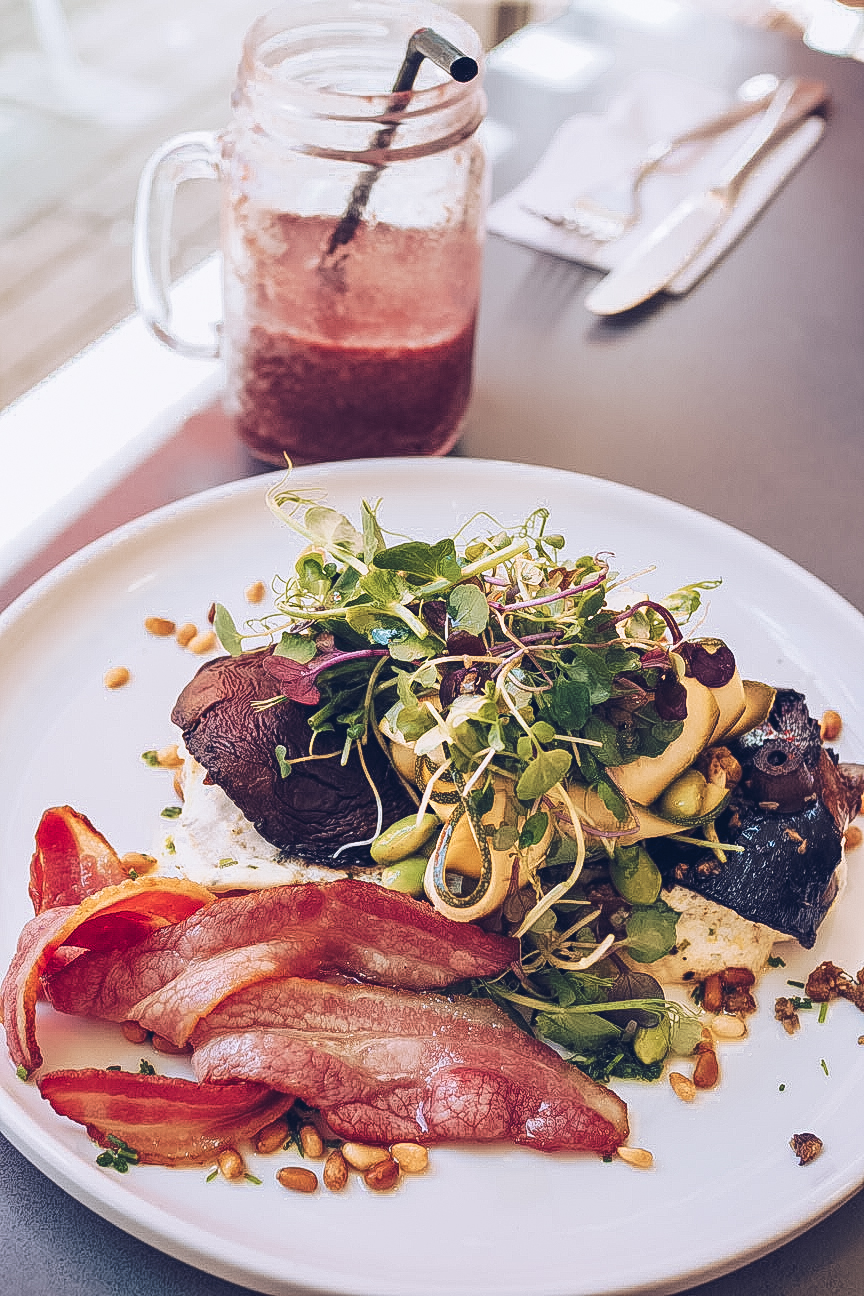 The climb isn’t massively taxing as there is a path to follow, but that being said, it was a pretty warm day and we’d just munched down a massive brekkie, so we definitely had stops along the way! The bright red blooms of the pohutukawa tree were still just about holding on around the bottom of the Mount, and everything just got more beautiful as we went further up. The colours of the water below reminded me of my 2016 trip to the Bay of Islands, where the deep turquoise hues just didn’t seem real. It’s a view you just wouldn’t come close to in the UK. 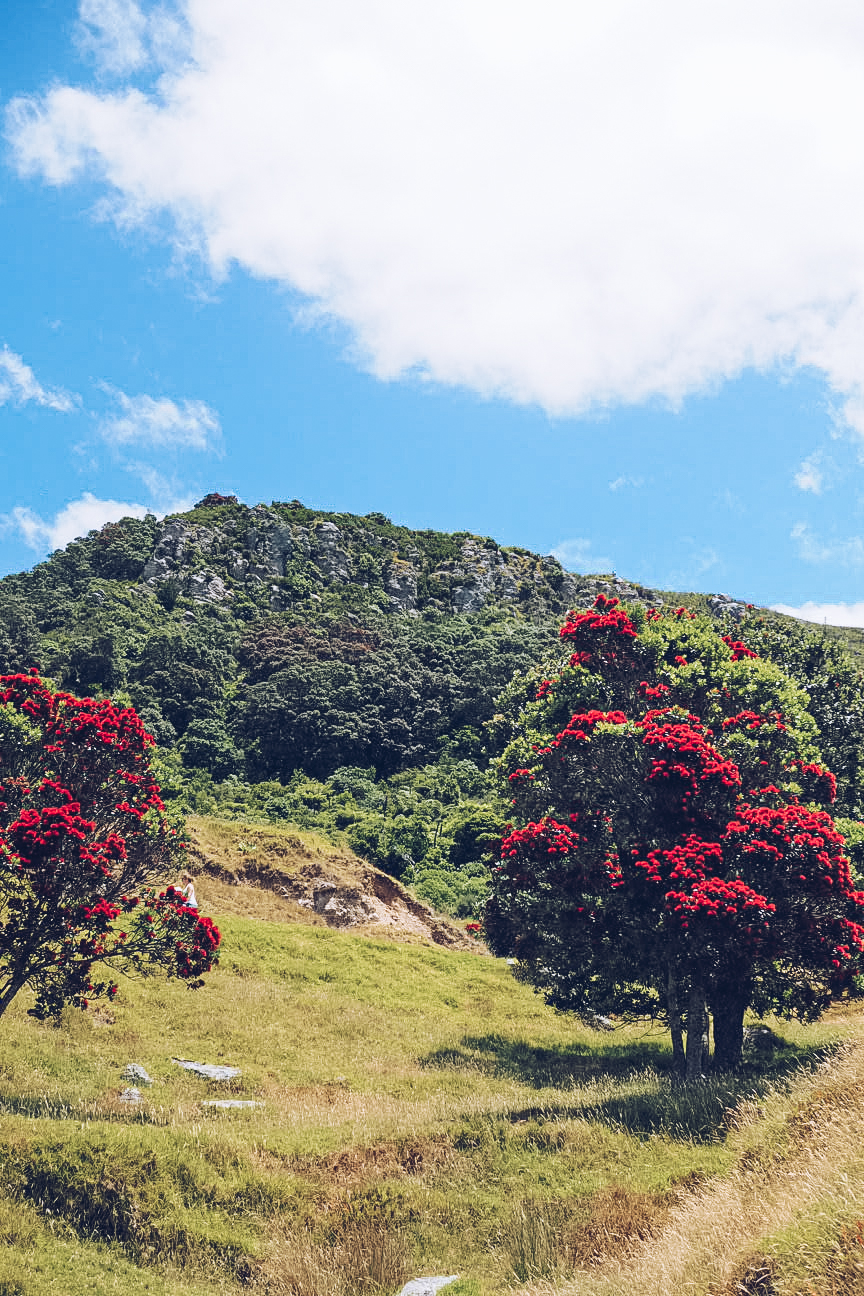 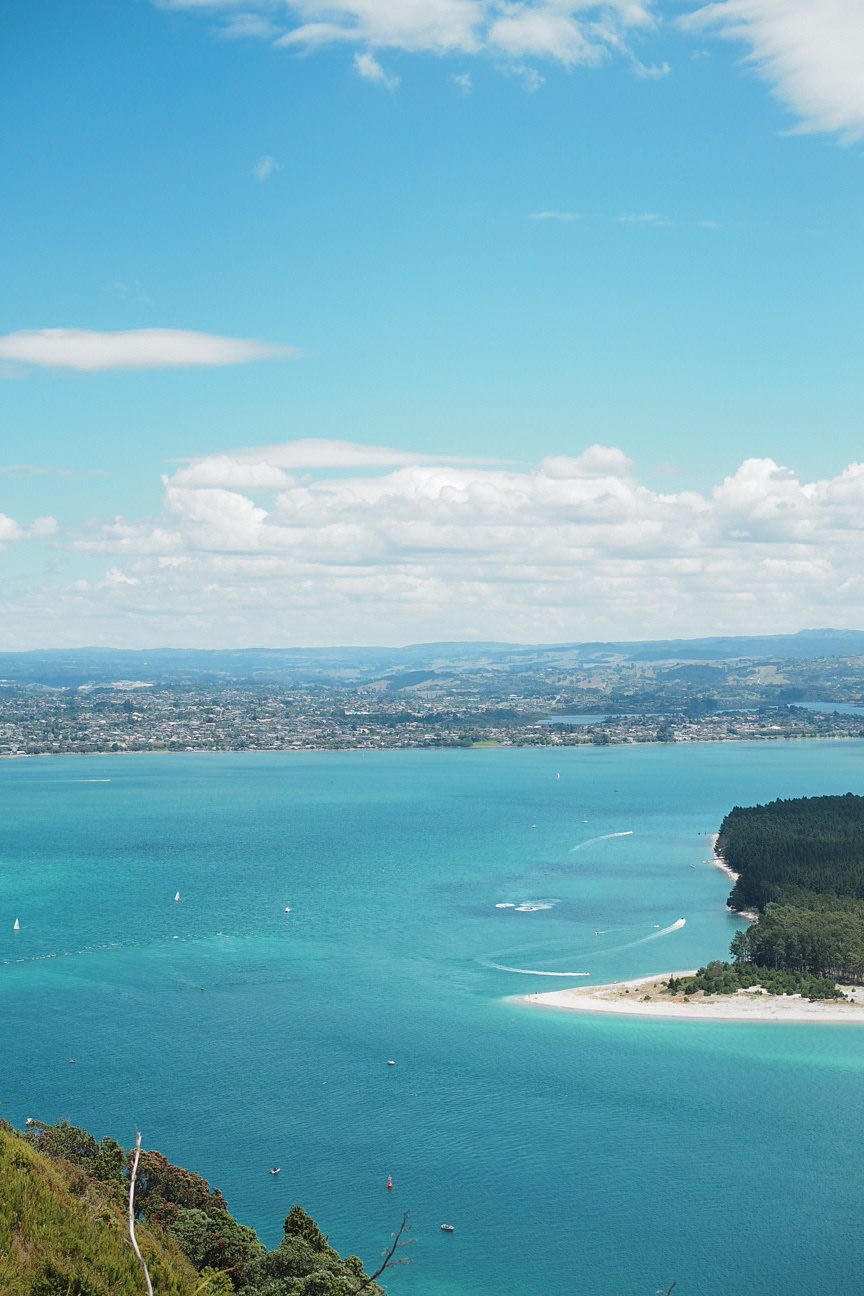 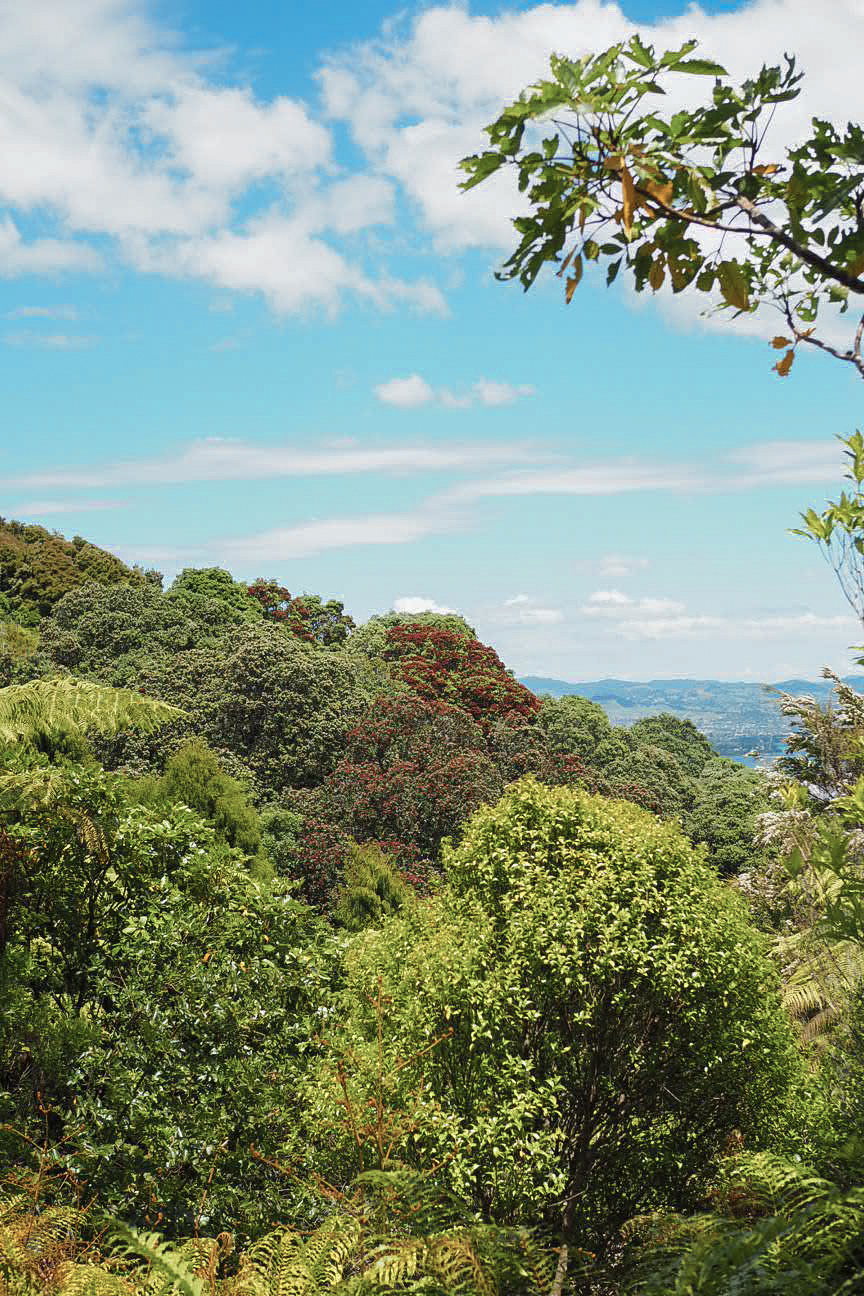 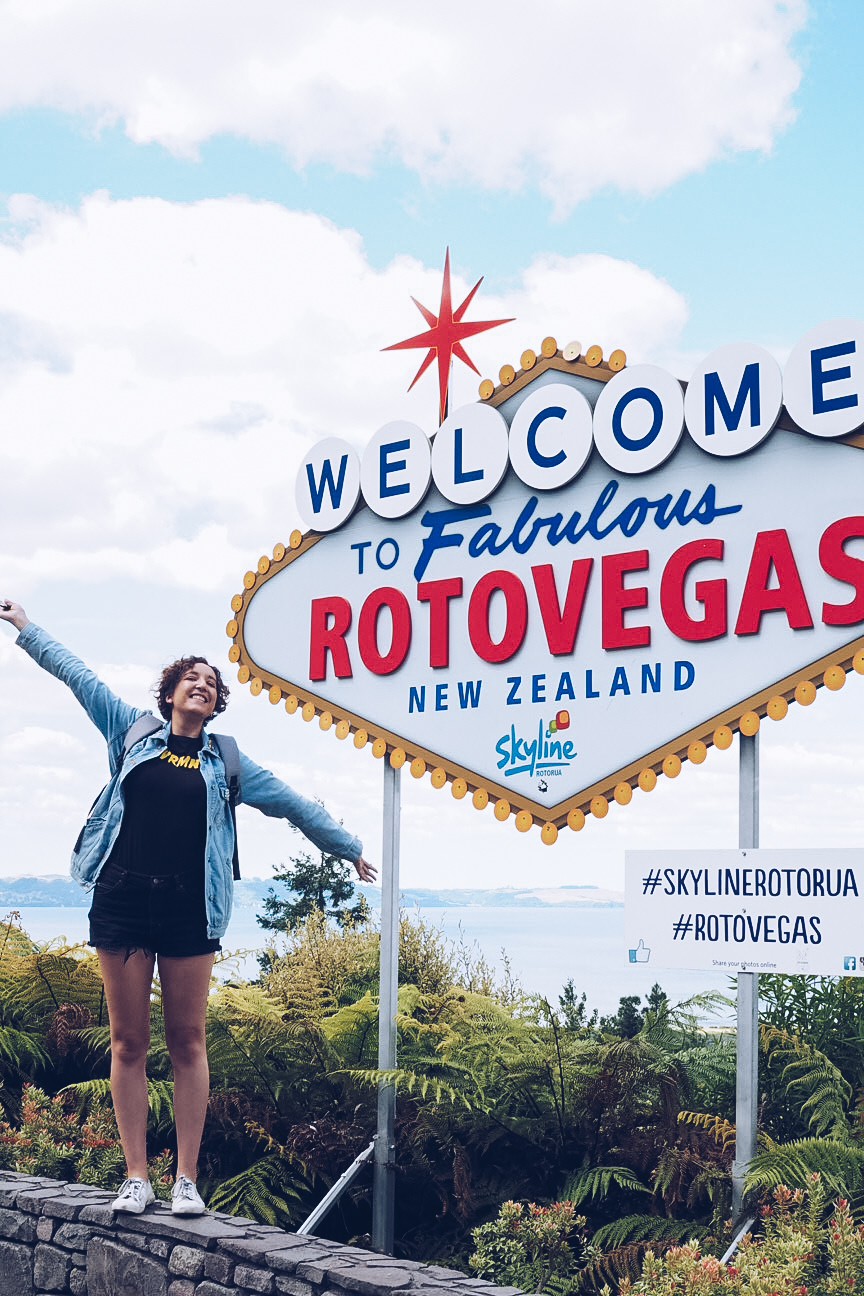 Rotorua is known for two things: Maori culture and geothermal activity. Having stayed in a marae with a Maori tribe on my last trip, this time we focused on the latter focal point instead, but made time to fit in a couple of other tourist-y bits. We started the day with a typical NZ pie; the handheld variety, traditionally stuffed with mince (although I had mince AND cheese), is something that Kiwis take VERY seriously, and the one we tried at Goldstar Bakery was excellent for my first try. 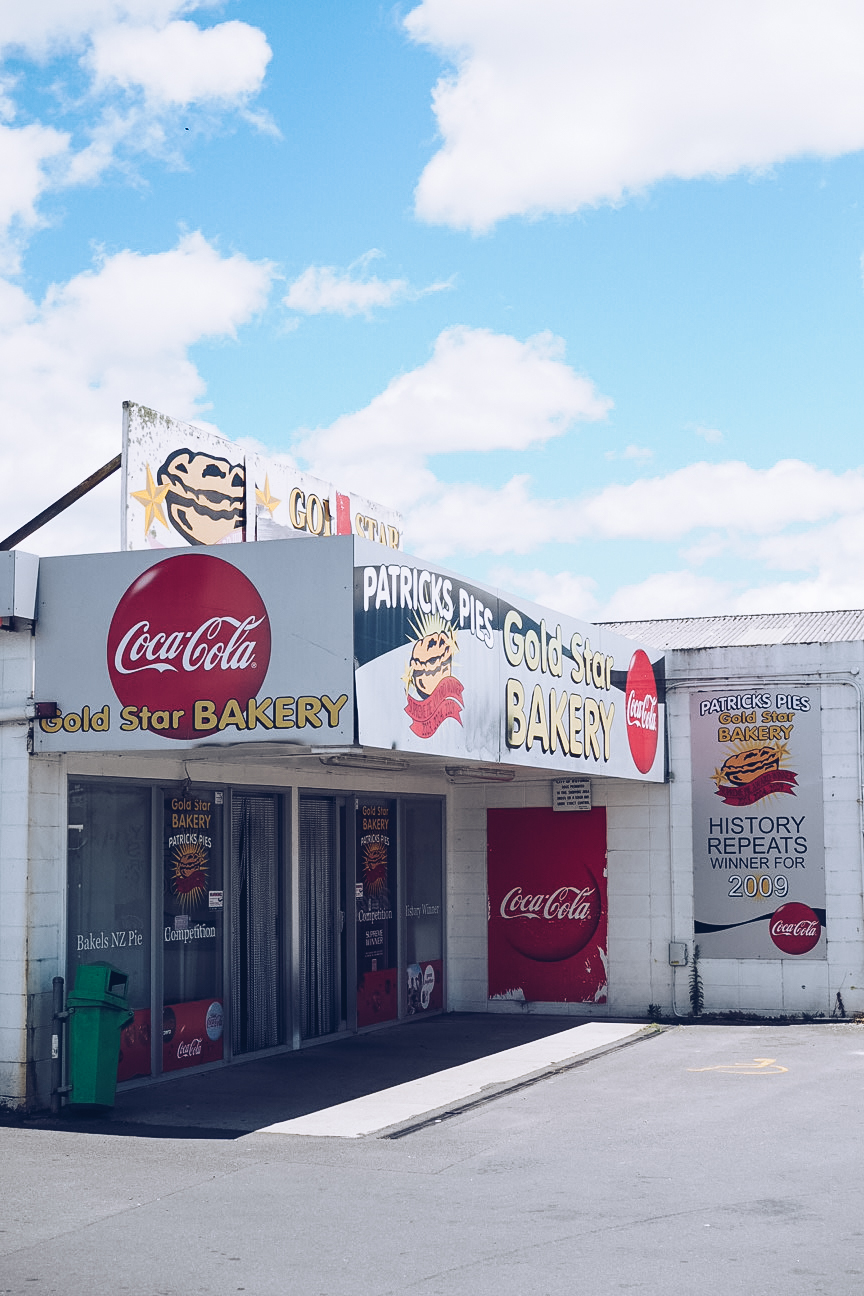 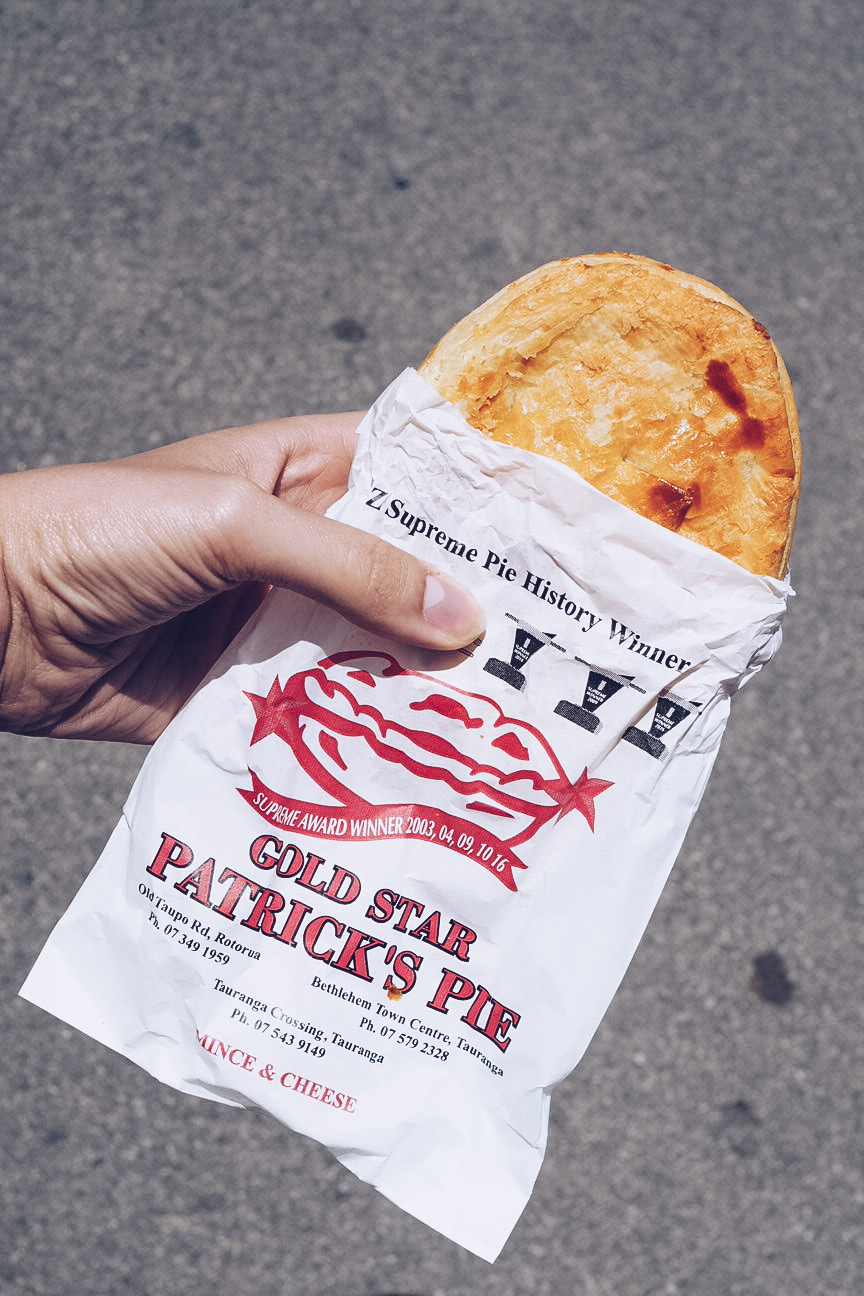 Despite it being full of family-oriented tourists, the Skyline cable car travels up Mt Ngongotaha where you get excellent views of Lake Rotorua and arrive at the home of three winding luge tracks. We donned some sexy helmets, squeezed into what was essentially a plastic tray on wheels and proceeded to hurl ourselves down the hills. By the time we’d worked our way up to the Advanced section of the course, I’d got far too cocky, which meant I actually leapt INTO THE AIR as I went over a particularly big hump in the road. I’d say be safe blah blah but actually IT WAS SO COOL. 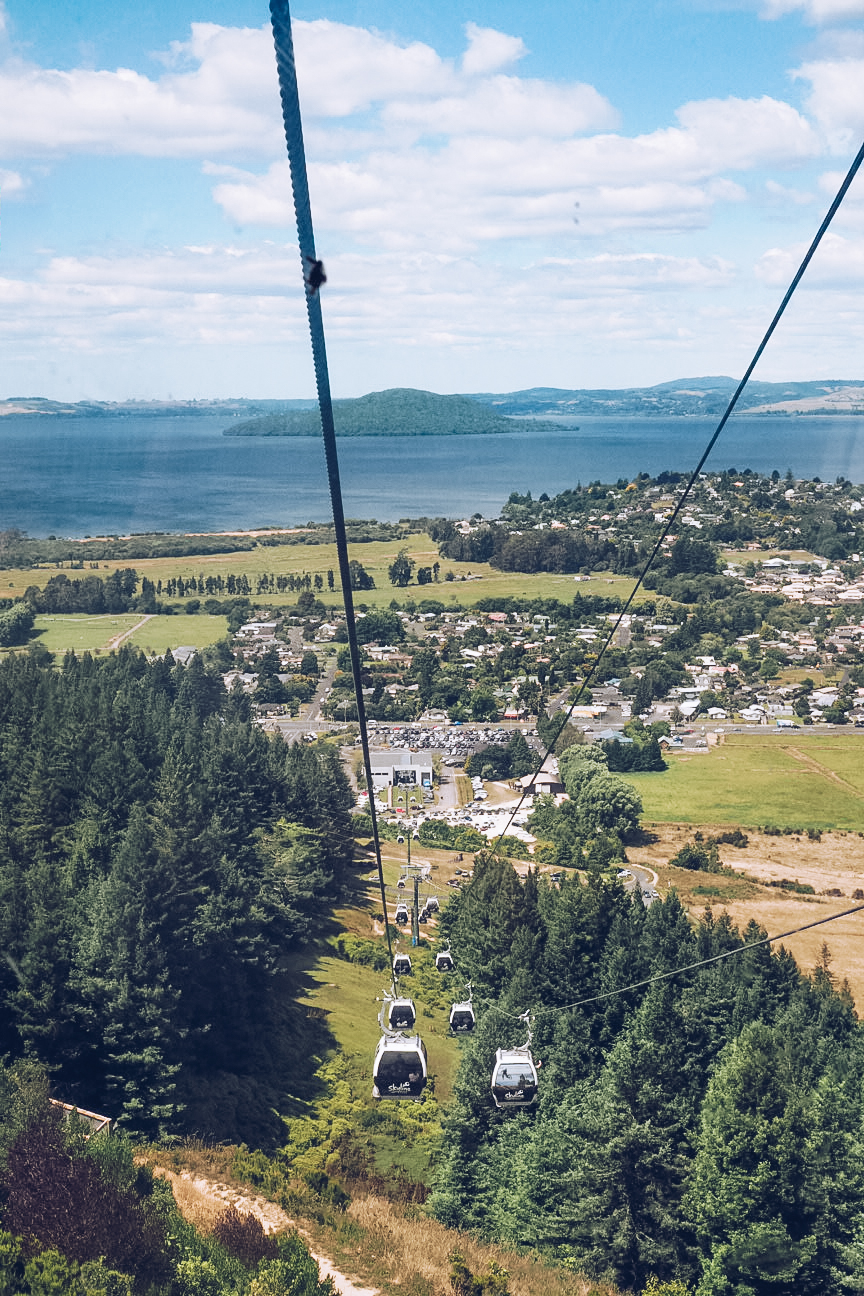 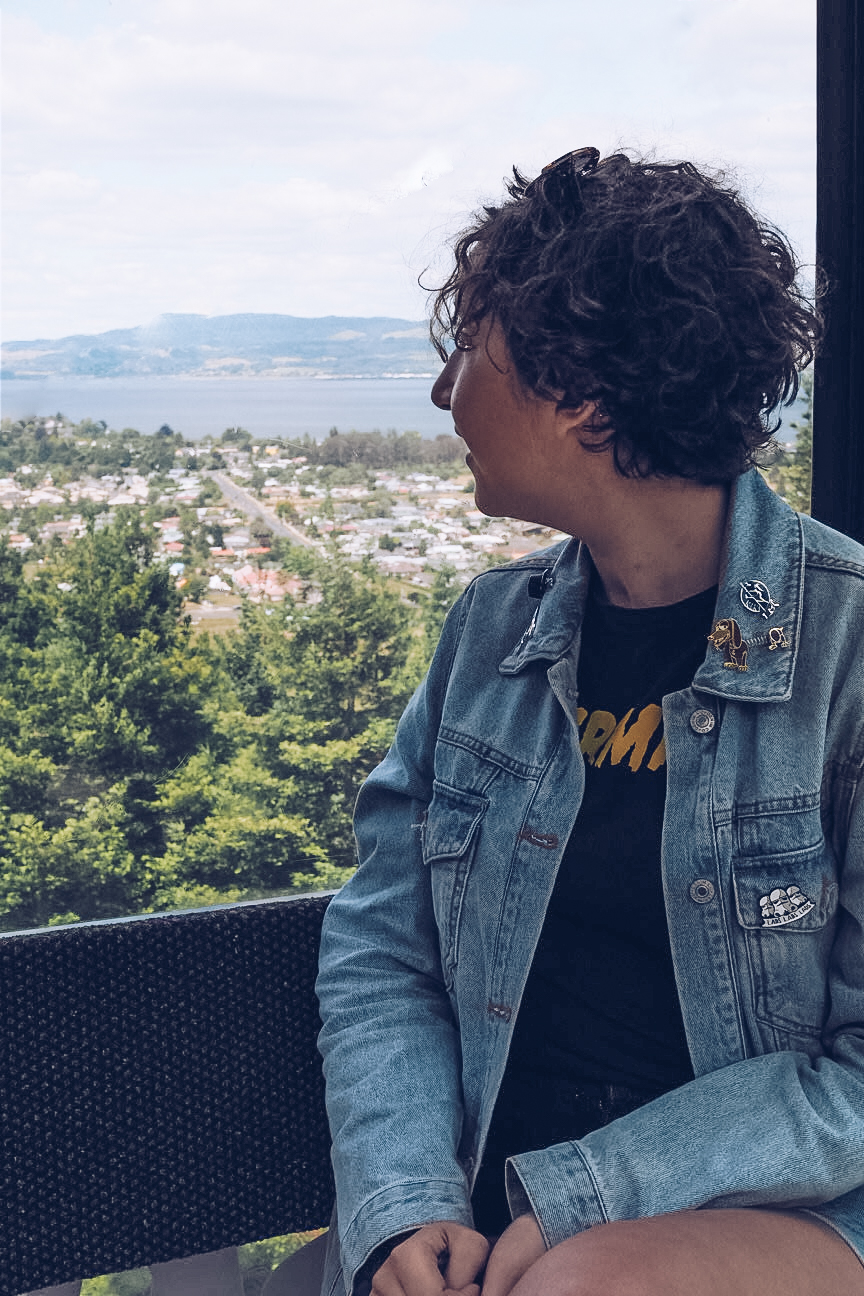 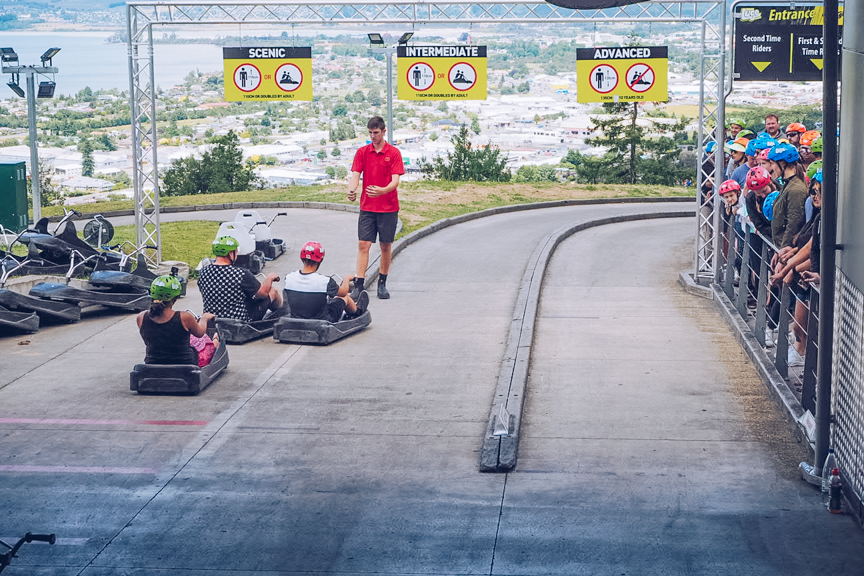 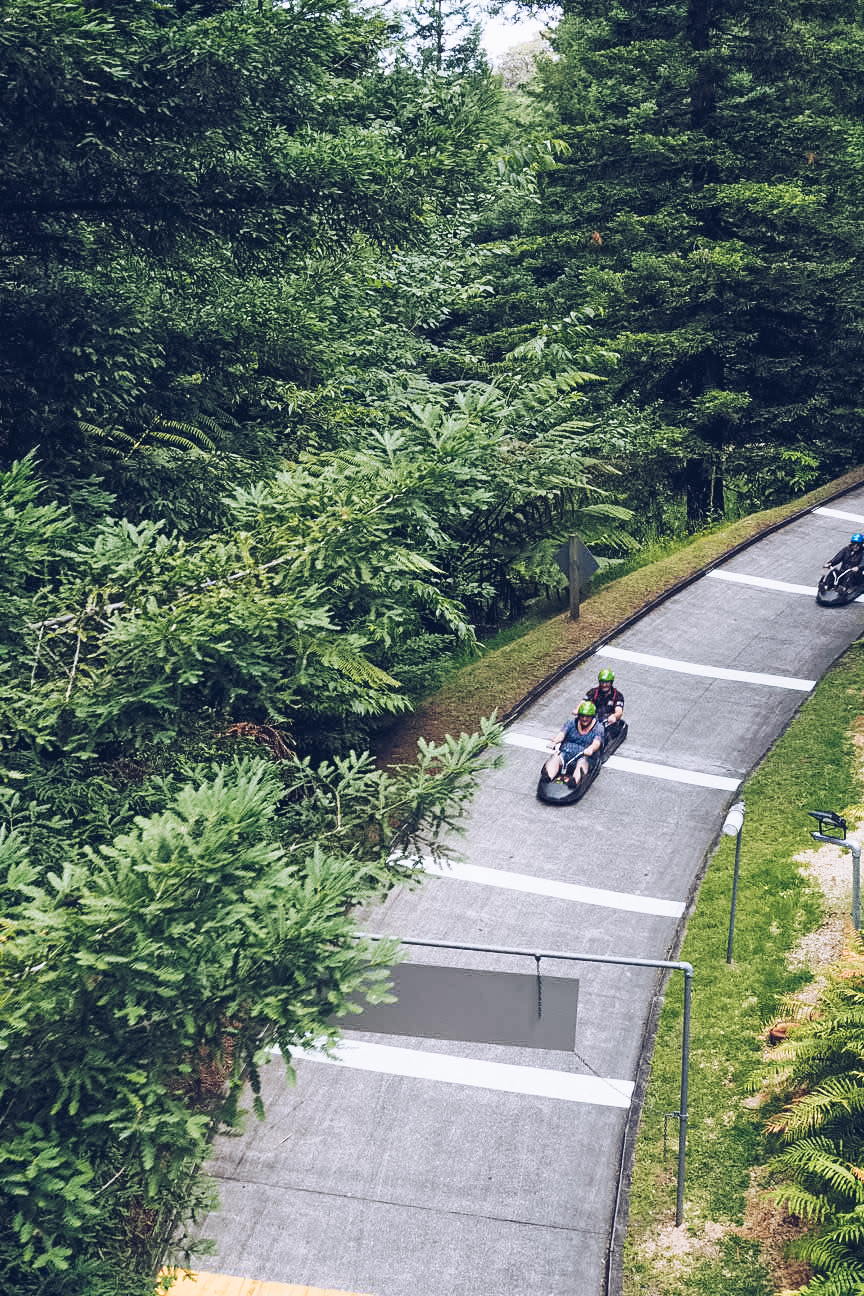 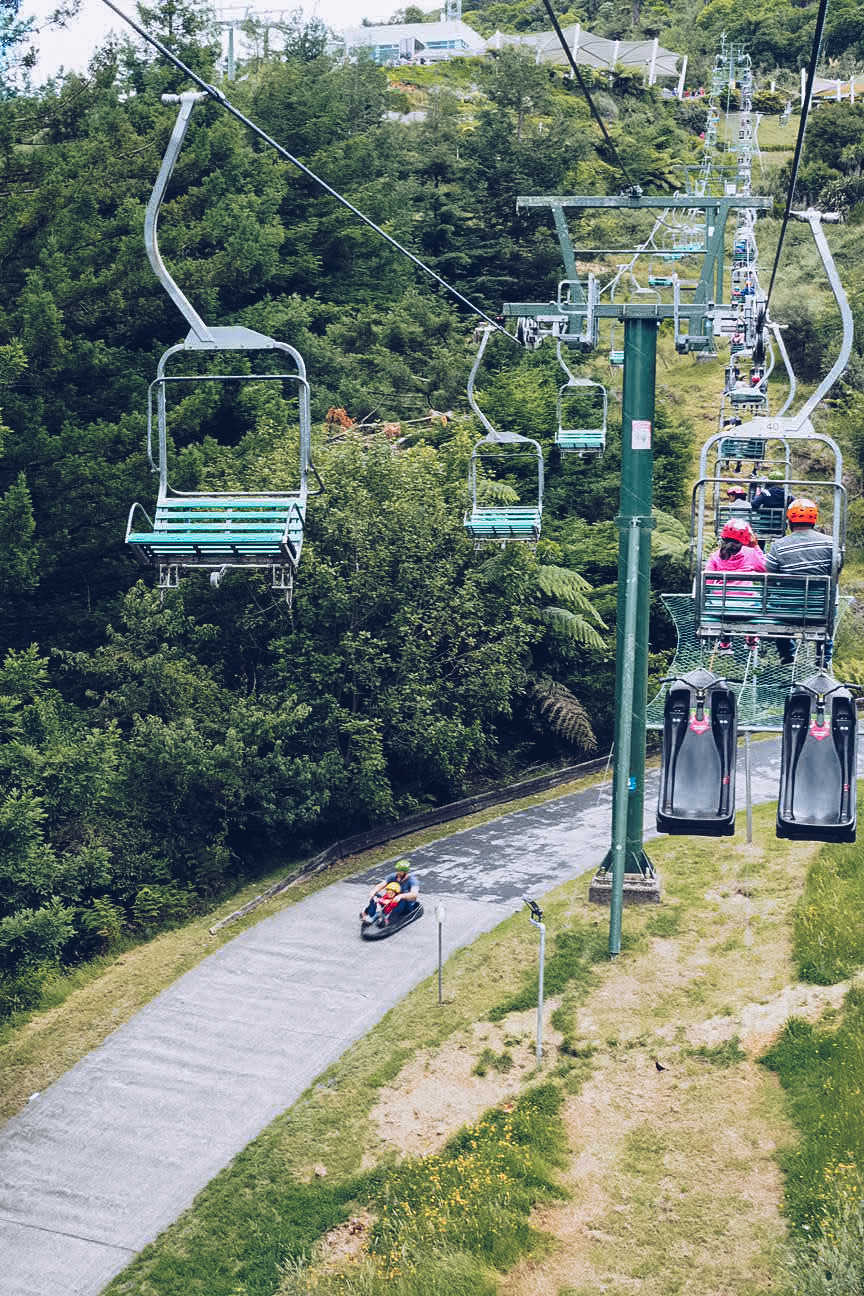 About 10 minutes drive from the Skyline is Wai-O-Tapu, also known as the ‘geothermal wonderland’. It’s part of an area known as the Taupo Volcanic Zone and is full of brightly coloured pools, geysers and craters that are formed from some pretty terrifying feats of nature. The air is filled with the smell of sulphur, which, if you’re not familiar with it, stinks of farts. So the beauty of the main Champagne Pool is great until a gust of wind envelopes you in a cloud of rotten eggs. The beauty of it cannot be missed, but maybe breathe through your mouth! 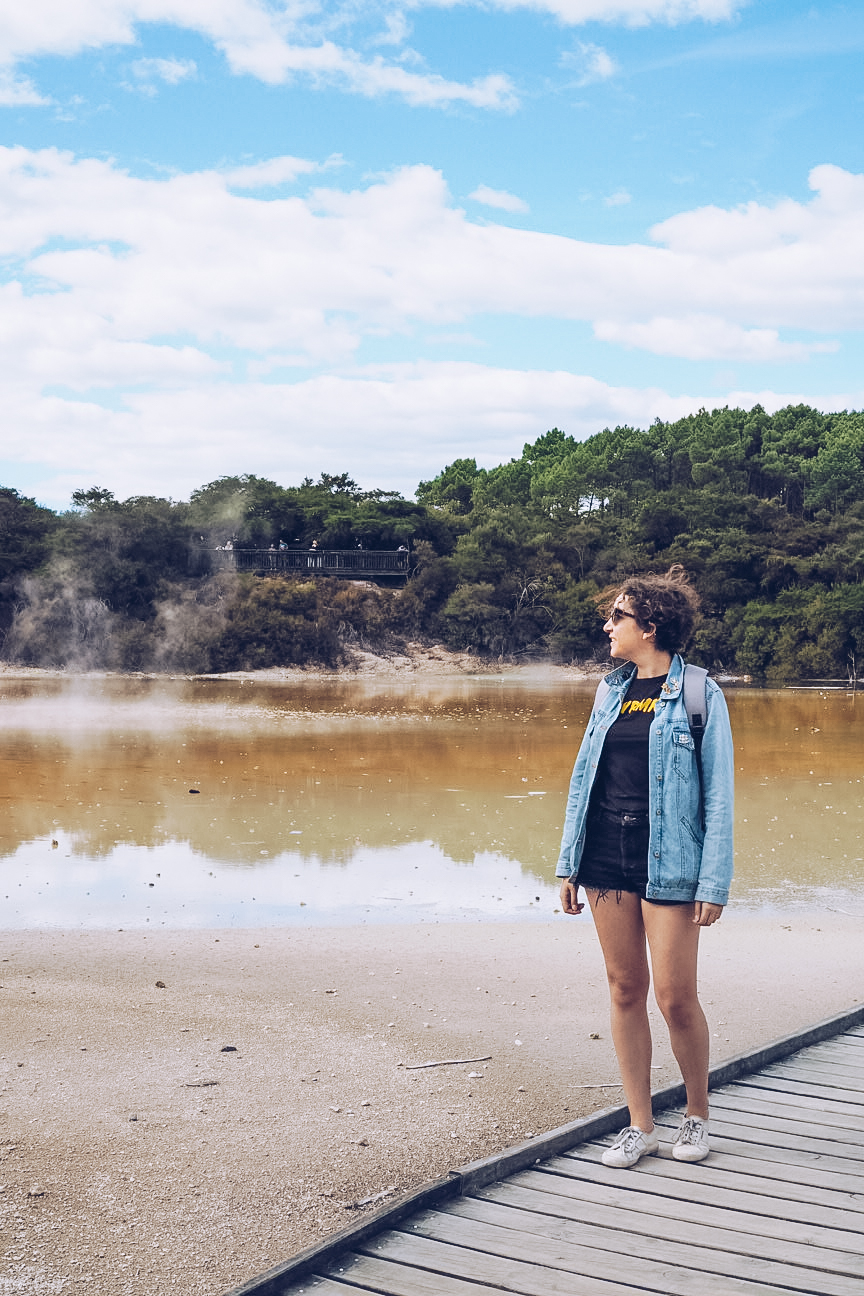 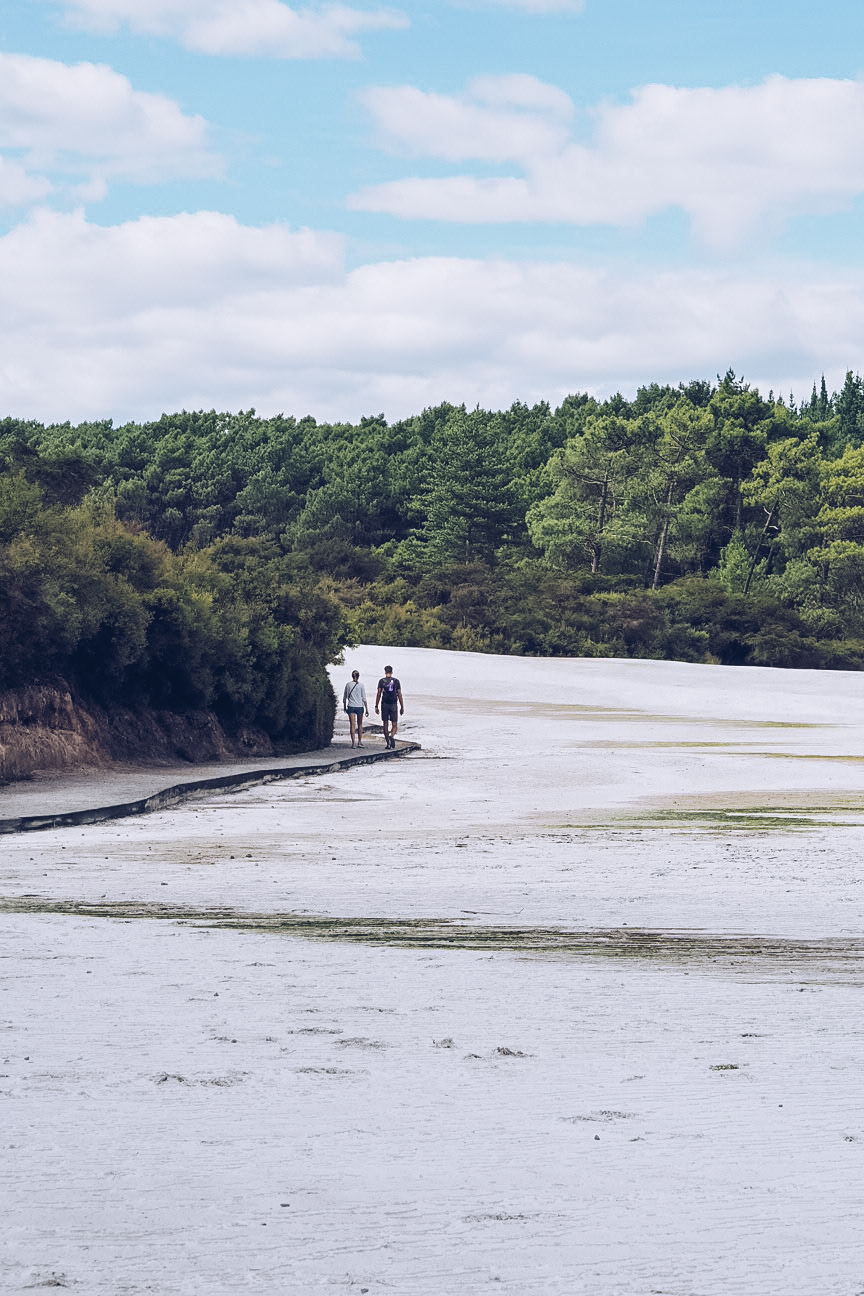 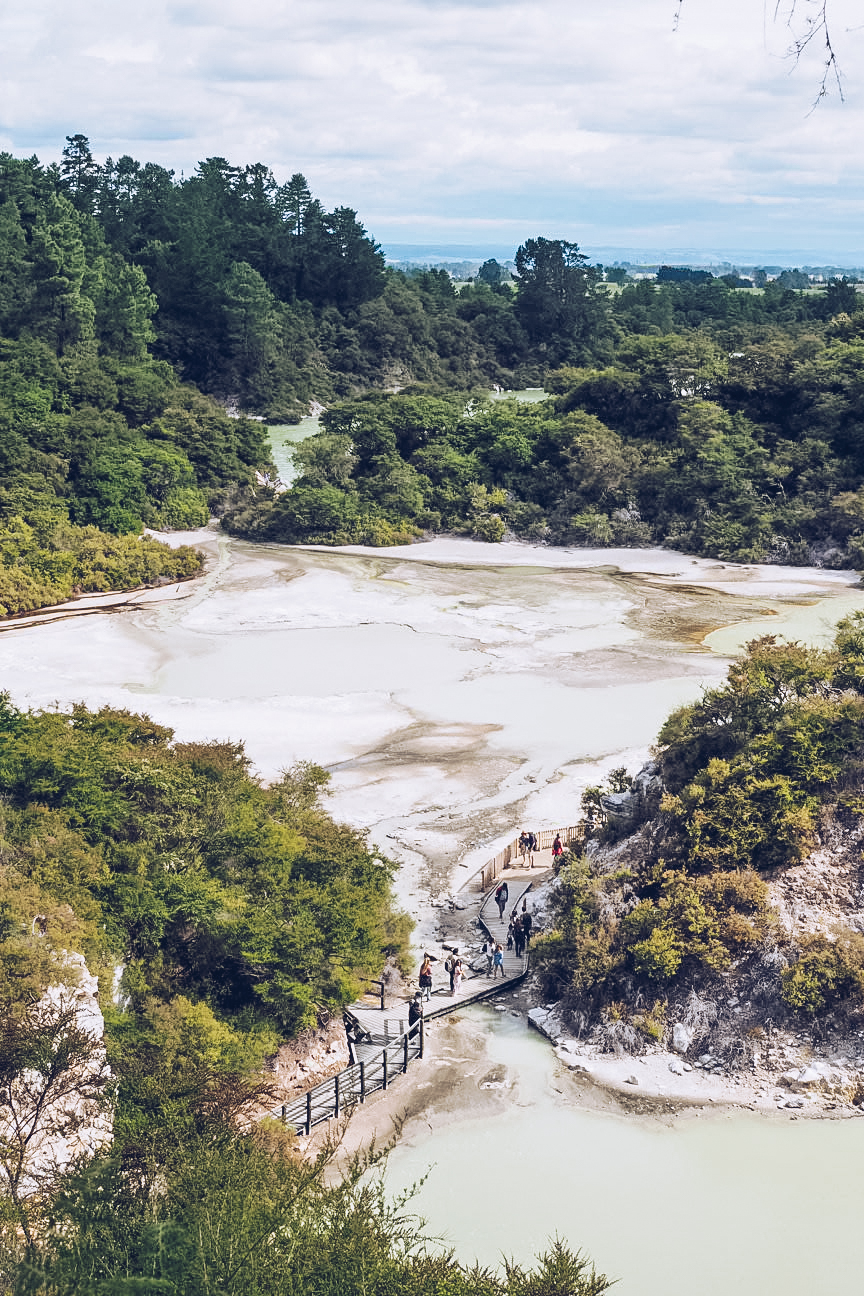 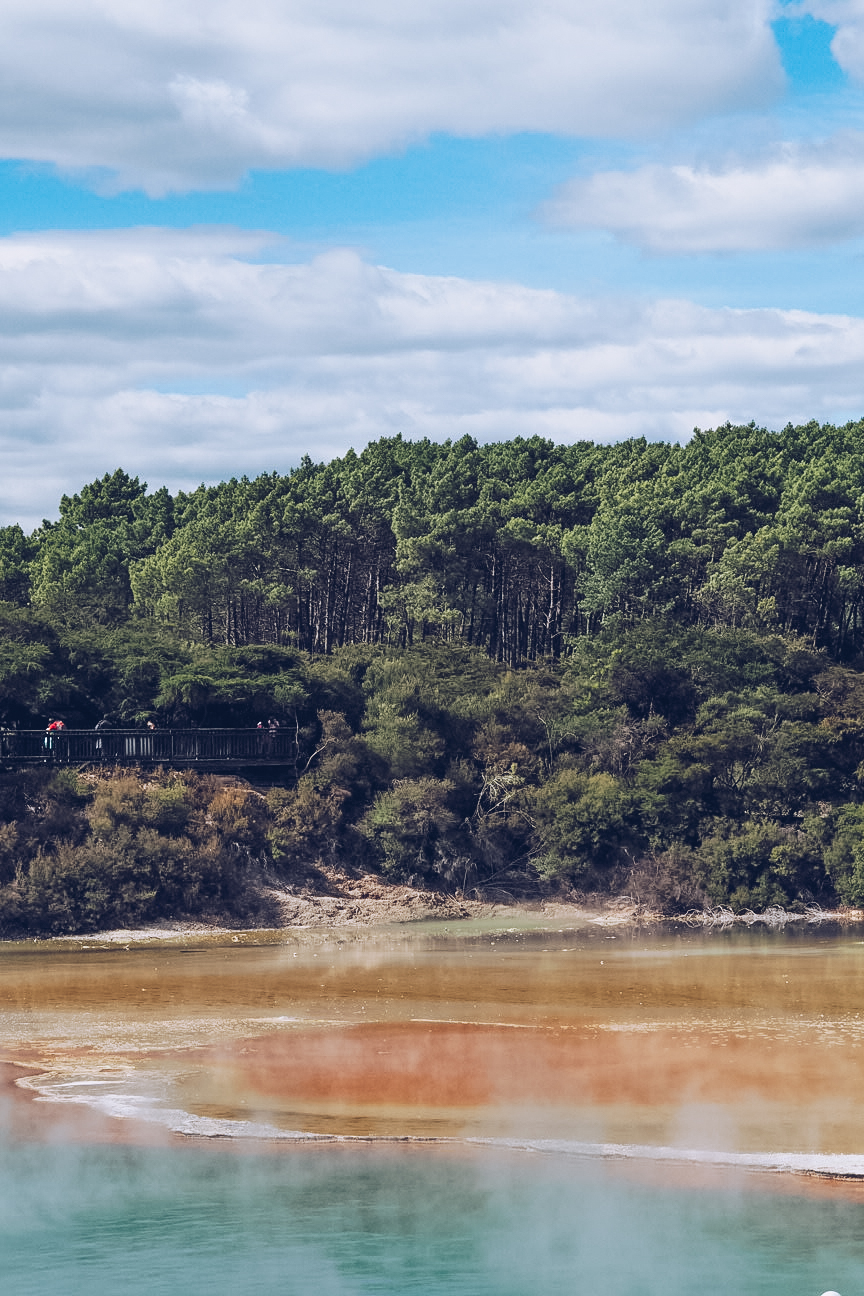 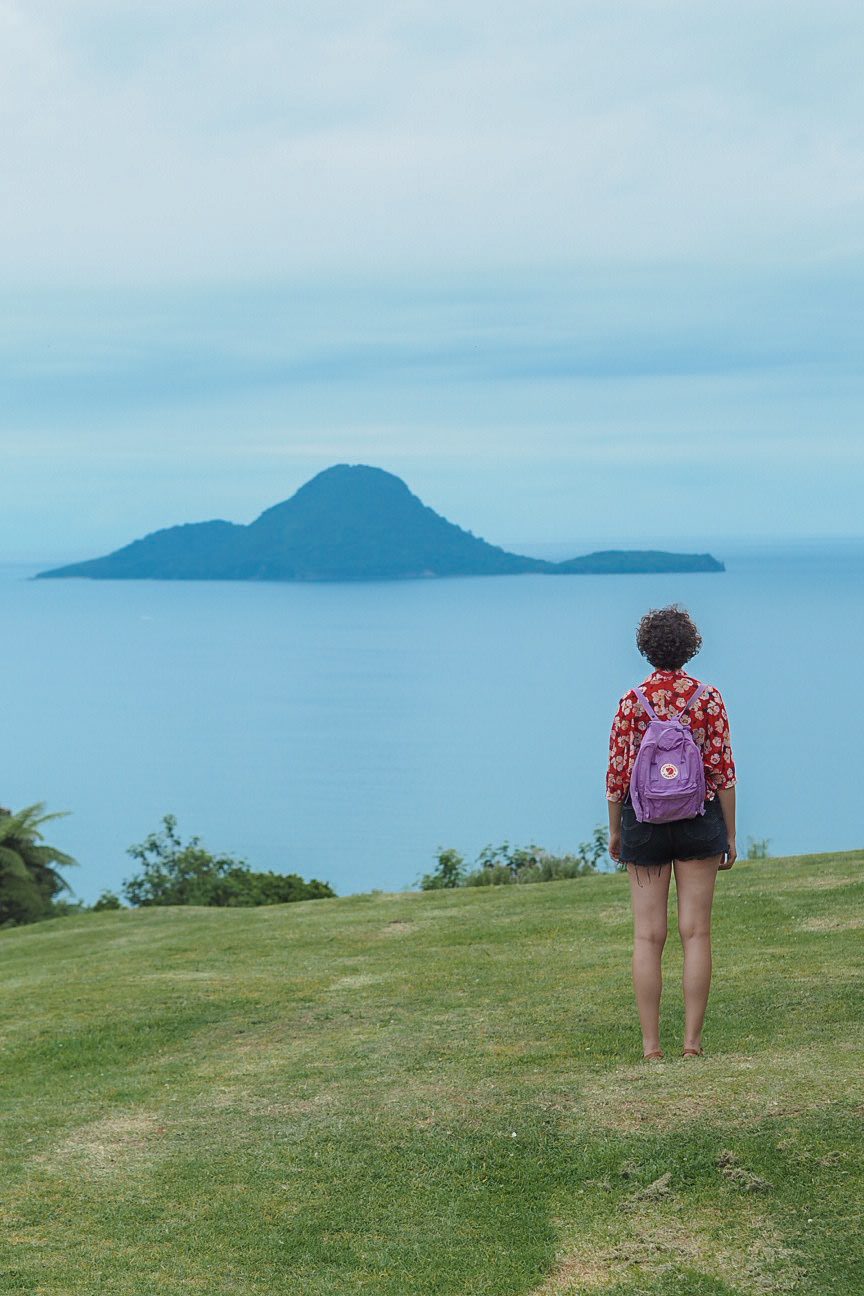 The tiny town of Ohope is where we spent most of our town as it’s where my boyfriend grew up before he started slumming it in London with me! It’s the ultimate place for a relaxing beach day, with surfers and dog-walkers aplenty, and a flourishing food scene including the excellent Moxi Cafe where my jet lag was pretty much cured by their bacon and spinach croquettes with halloumi (a maybe a sneaky taste of my other half’s ricotta hot cakes with poached pear). 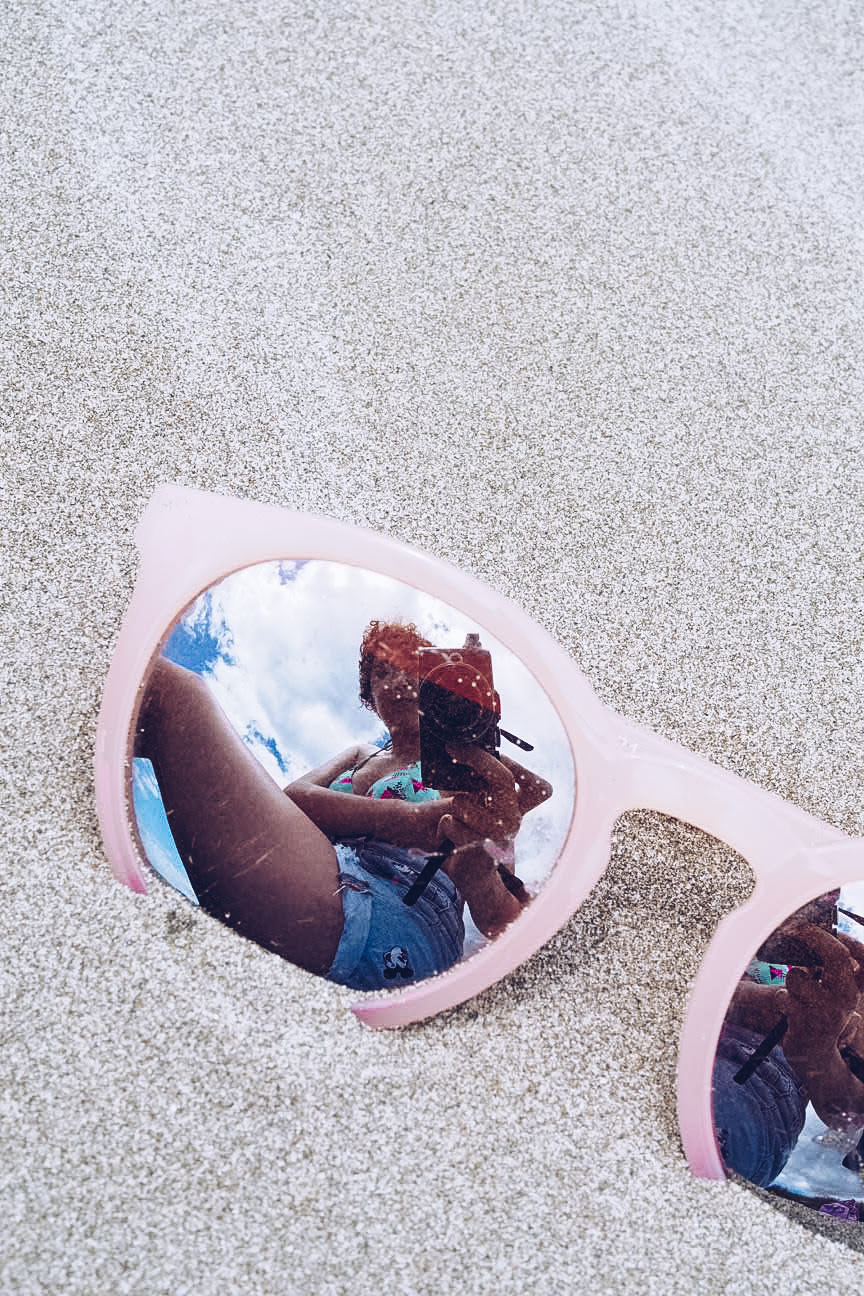 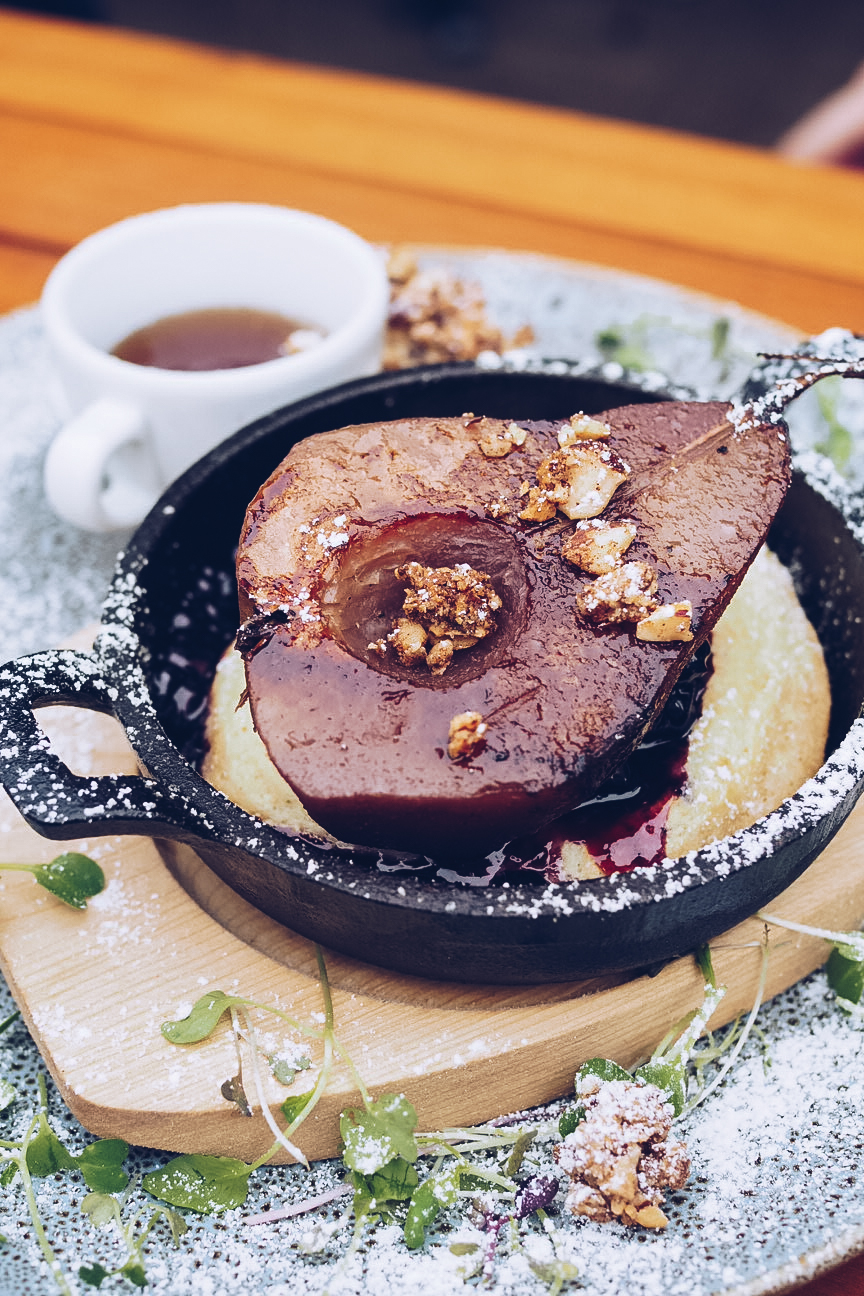 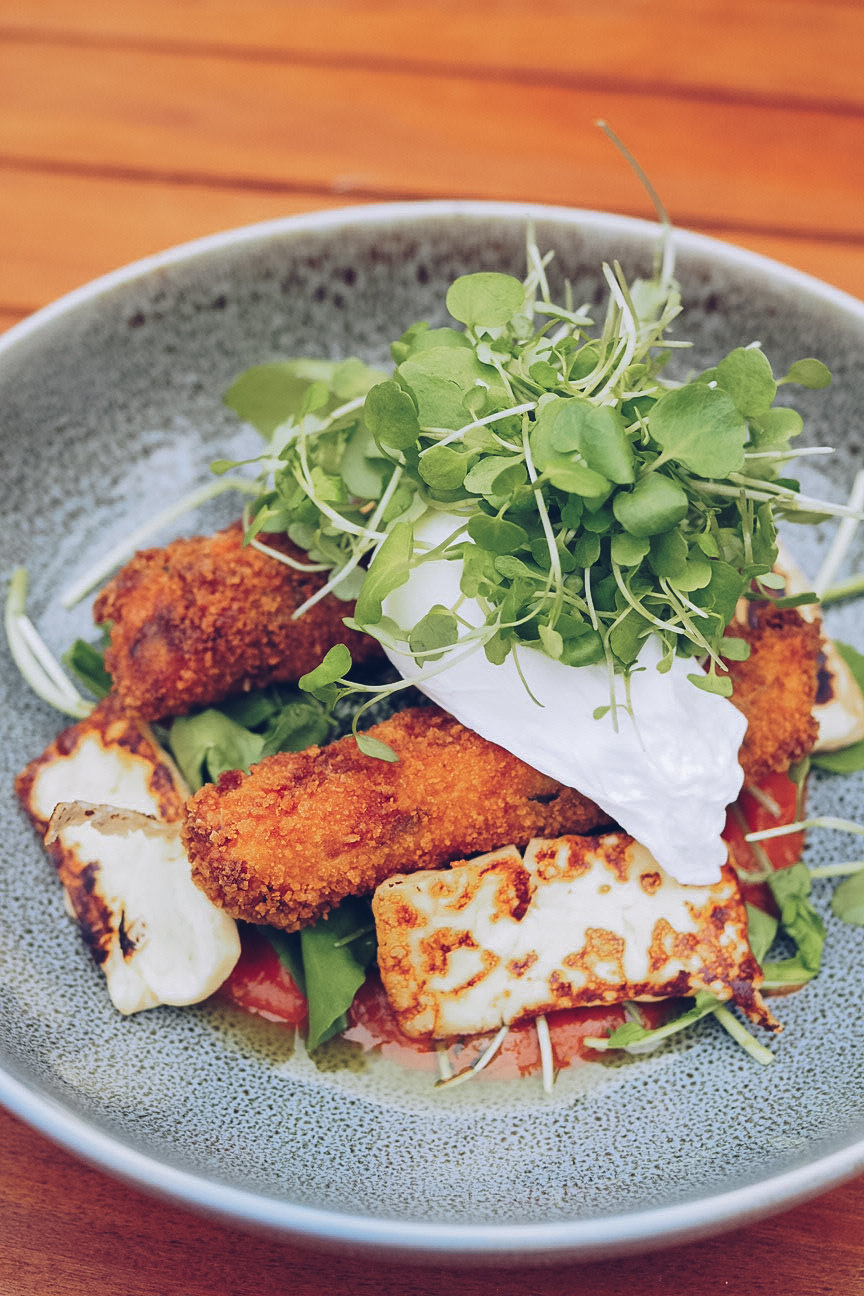 It’s well worth driving up to Kohi Point to not only see the beautiful beach from up high, but to get a view of the two nearby island: Whakaari and Motuhoroa. The latter is also known as Whale Island, due to it looking like the hump of a whale rising out of the water, and is the remnants of an extinct volcano. Whakaari, or White Island, however, is an active volcano! You can take a boat trip over there, spotting dolphins along the way, don a gas mask and walk amongst the craters spouting sulphur with a guide. Sadly, we booked and re-booked the tour three times, but due to sea conditions, we never managed to make it over there; but it is top of my list for when we return in 2019! 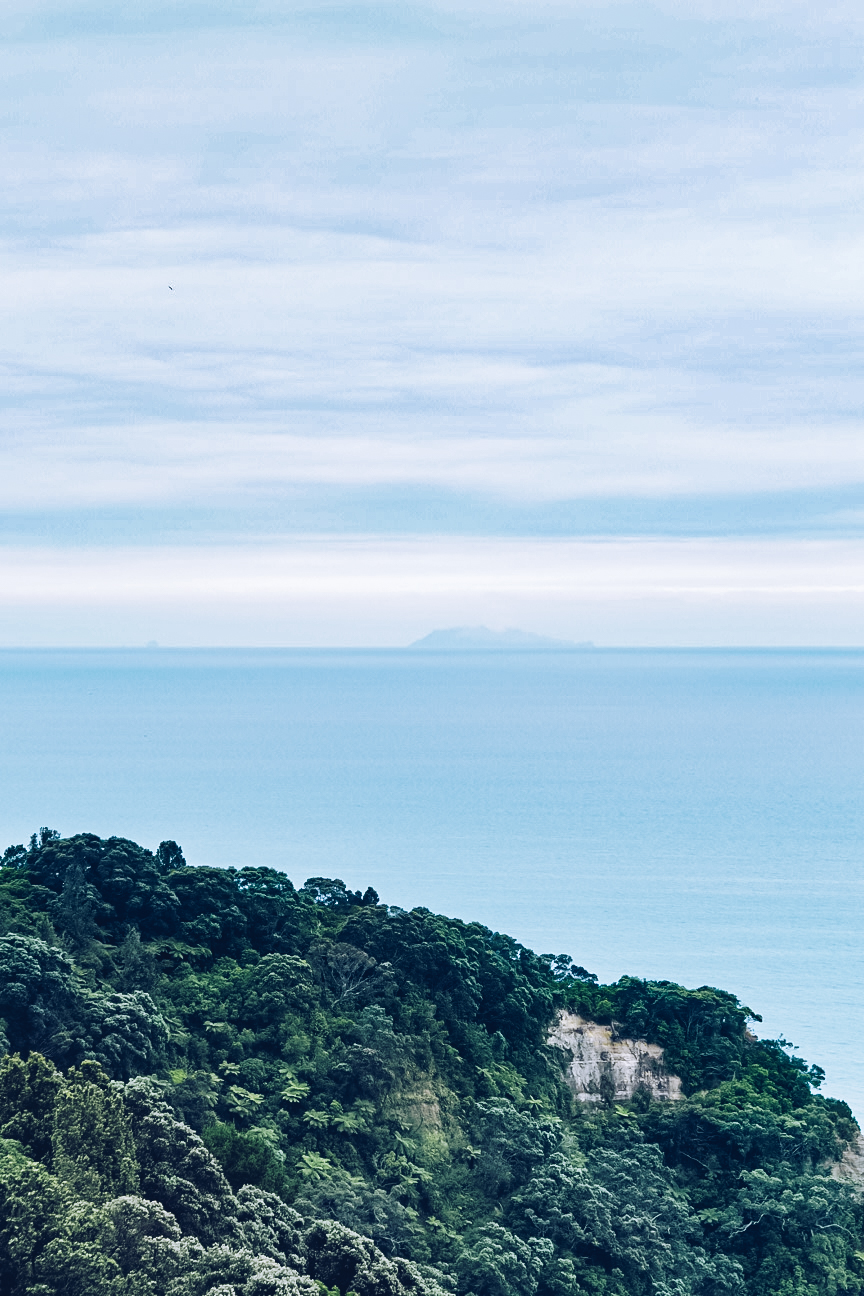 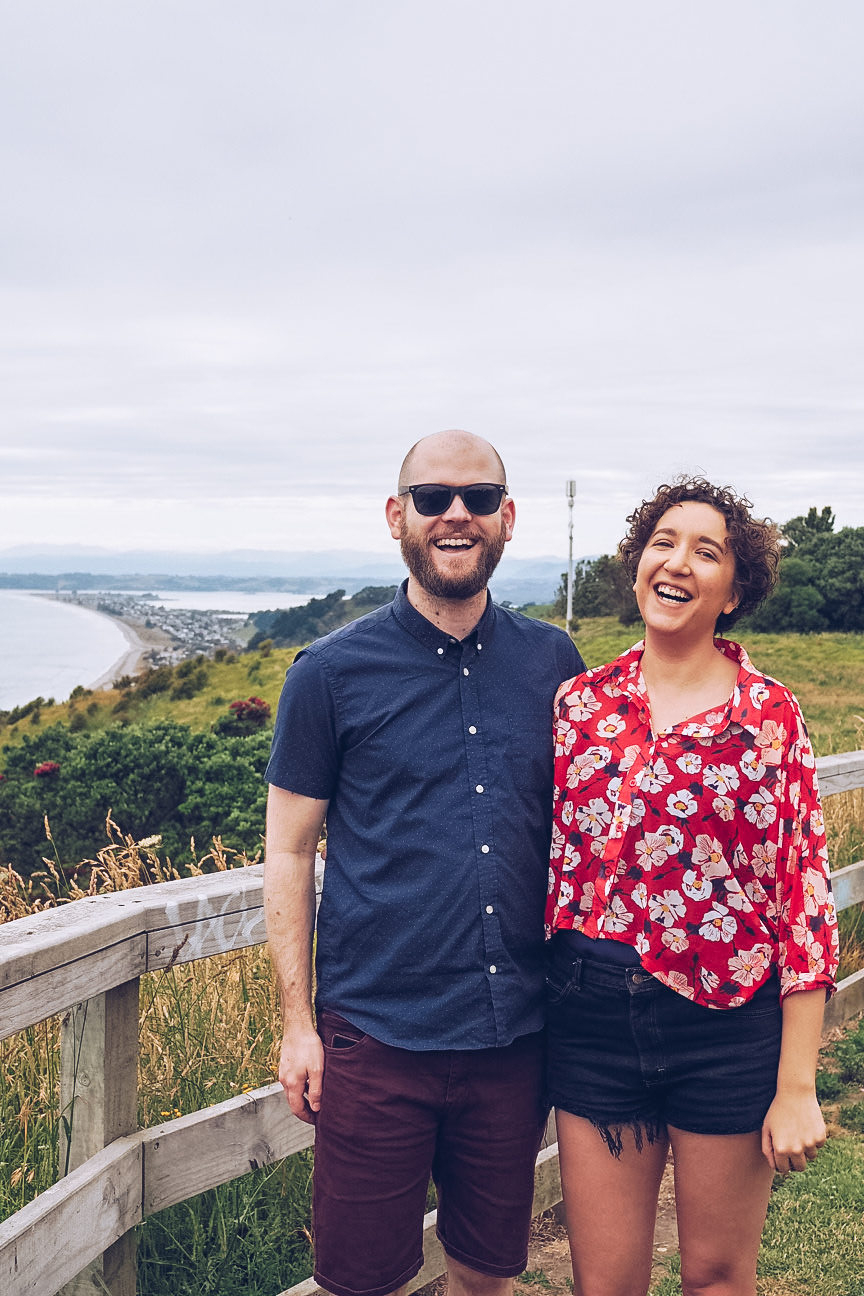 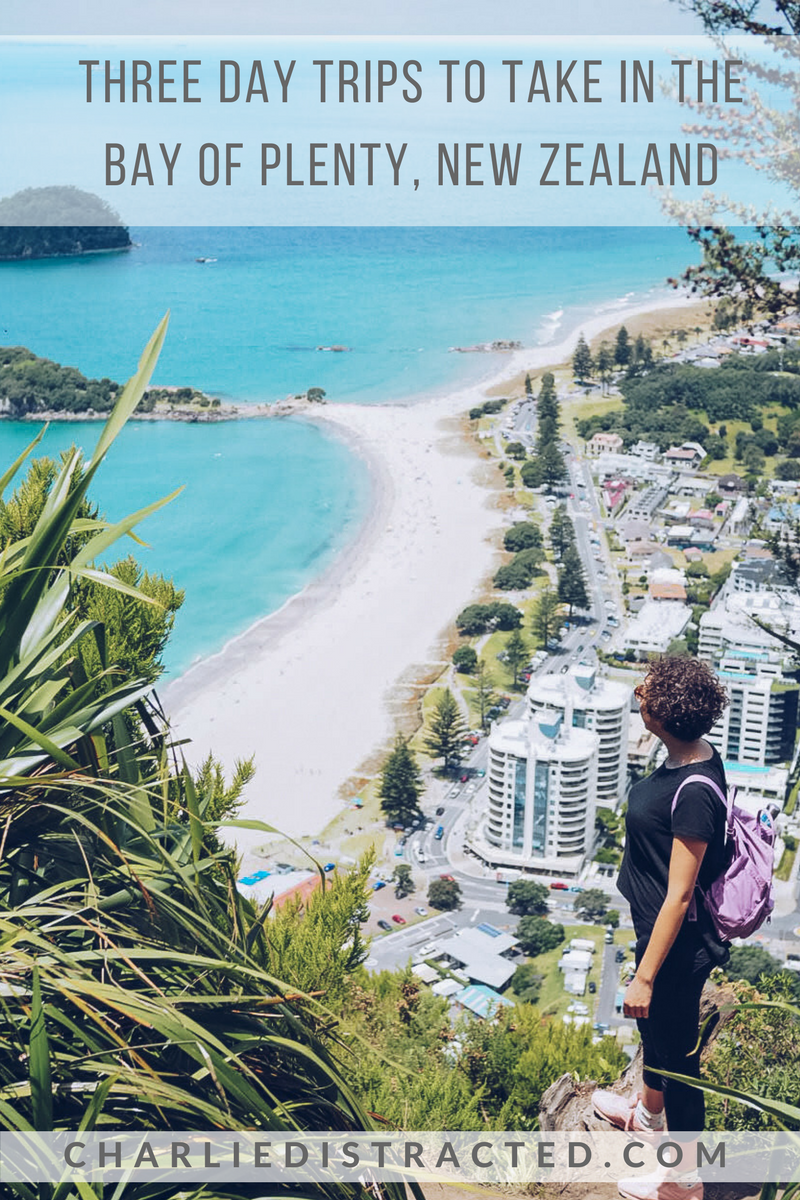