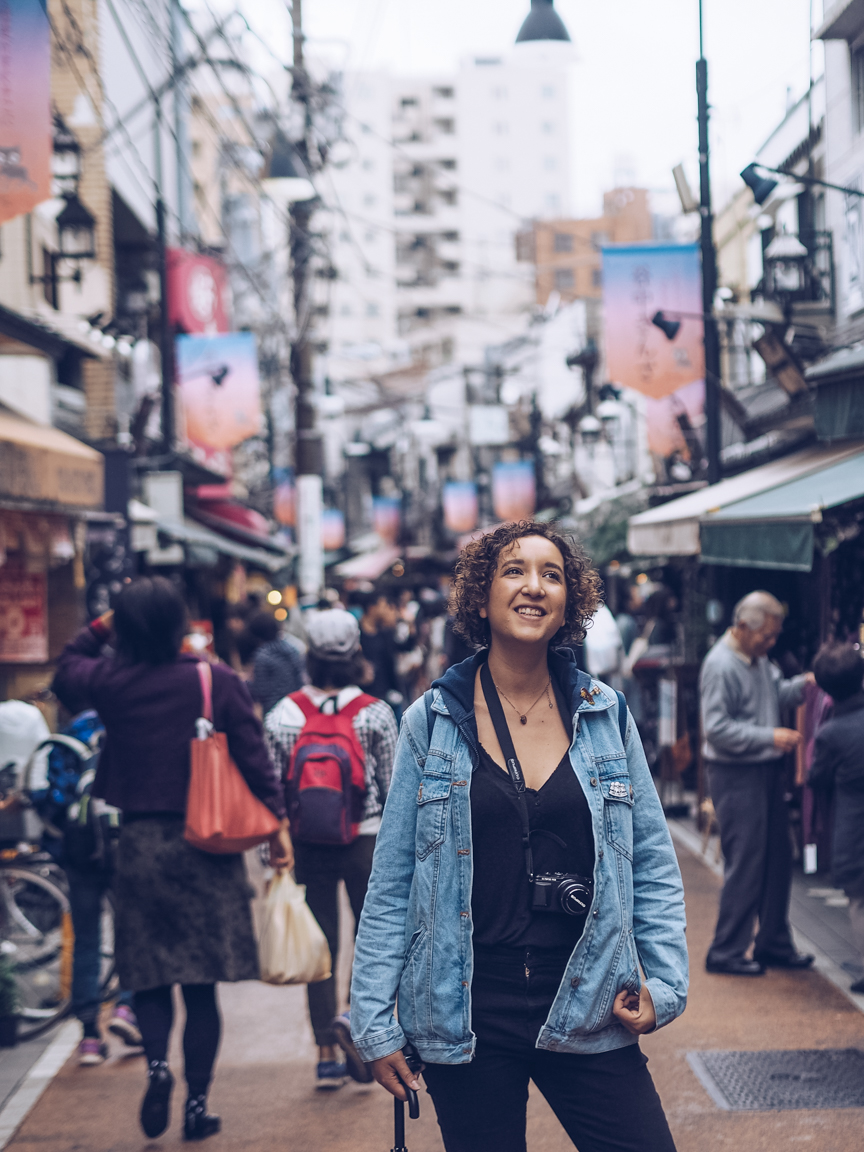 16th March is a special day for me. It is the day that, honestly, my life totally changed. I boarded a plane, on my own, with a one-way ticket to Kuala Lumpur, and it is the best decision I’ve ever made. I’ve written before about why I went on this solo adventure and what a positive experience it was, which is why, as each year passes since I went off in 2016, I share my story again, because I get so many messages telling me how brave I am and I want people to know that I’m not special in any way; anyone can travel solo, and truly, I think everybody should.

It’s likely that some of you are reading this because you have exactly that unshakeable thought, but you’re still apprehensive. So I wanted to share some words from inspirational and intrepid solo, female travellers who have all taken the plunge at some point in their lives. They all have different reasons, were at varying points in their lives, but all have the same sentiment: they don’t regret a thing. I hope that if you’re on the fence about solo travel, these personal experiences might go some way to helping you take the first step to planning the trip you can’t stop thinking about. 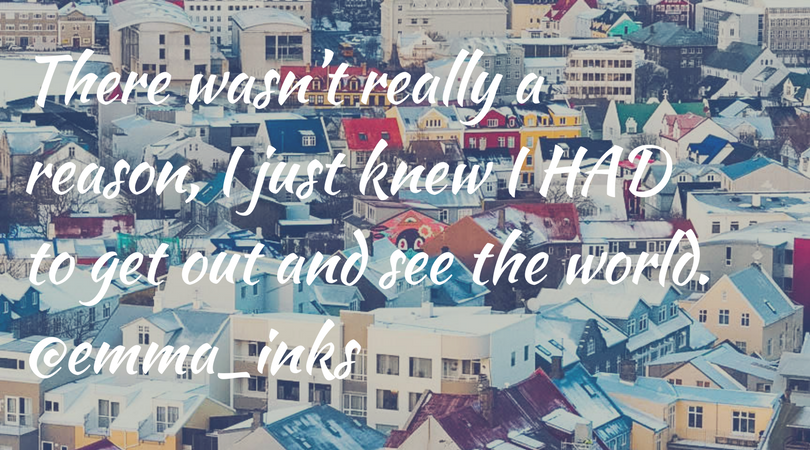 “I didn’t really know I wanted to go travelling I just knew I had to get out. I’d been miserable for a long time, had my bf dump me and no idea what I wanted to do with my life. I volunteered in Africa for 6 weeks and came back a different person.”
Jodie – The Little Backpacker

“I was about to enter the last year of my 20s and decided I wanted it to be a big adventure. I quit my job and travelled for 9 months doing a #30b430 list. Loved it!”
Emily-Ann – The Grown-Up Gap Year

“For me, I just HAD to. Something in me was just so determined to find out ‘what else’ there was for me, because I needed a new challenge.”
Erica – I’m Being Erica

“I don’t think I had a choice – I just woke up one day and realised despite having everything, I also had nothing. So I broke off my 9yr relationship, quit my job and planned to travel for a year starting in Thailand. It’s over 3yrs later and I’m still going! Genuinely the best decision I ever made, the most worthwhile thing I have ever done and I’m proud to say I’ve built a career and travel blog out of it. I’ve met someone who shares my passion and we plan to travel the world together. I’m honestly the happiest I’ve ever been. Basically by ignoring everything I was ‘supposed to do’ I’ve ended up really finding what I ‘want to do’.”
Lucy – Absolutely Lucy

“There wasn’t really a reason, I just knew I HAD to get out and see the world. I’d always felt restless and needed the opportunity to be free. I was only 18 and I still don’t know if I was brave or naive, but solo travel 100%  made me who I am today and is the best decision I ever made.”
Emma – Emma Inks

Fear of missing out 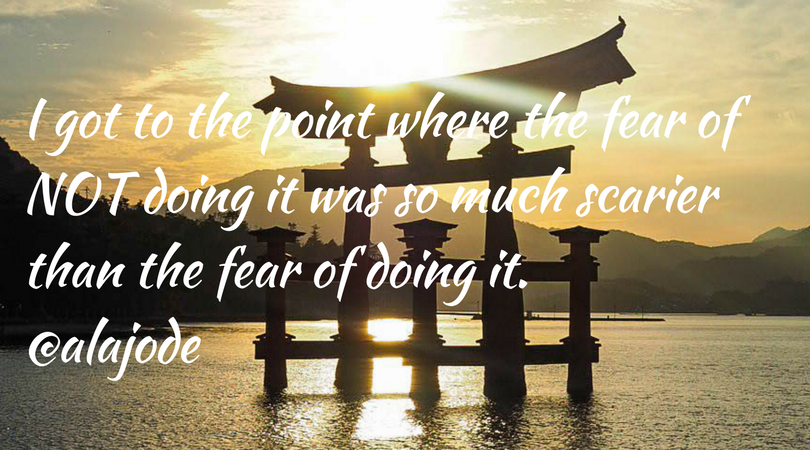 “I was fed up of missing out because nobody would do it with me. Travelling alone has allowed me to have experiences I would have never had without going it alone. For me, I’m still doing it with a structure around me (i.e a full time job) so it can be done!”
Jess – Jessica in Your Ear

“I got to the point where the fear of NOT doing it was so much scarier than the fear of doing it. And luckily, I’ve never looked back! I knew I’d always wonder, ‘What if?’ if I didn’t take the plunge, and now I can’t imagine ever going back to the 9-5 City life I had before.”
Jodie – A La Jode

“I was so fearless as a student but as someone employed? I‘ve travelled alone last year for the first time and only for three days but it reminded of being 23 and doing everything by myself and I never want to miss it again. My goal is travelling alone once a year.”
Susanne – @kindabookish

“I’d travelled as one half of something for so long; I just wanted to explore on my own, I wanted to be totally selfish, absolutely no compromising. I was terrified – but I WANTED to be terrified. I wanted to see just what I was capable of….hence how I ended up jumping out a plane at 10,000ft in Buenos Aires!”
Hannah – Hannah Banana

“Travelling solo definitely makes me feel confident in myself. Like…if I can do this, I can do the things I struggle with (which are sometimes ridiculously simple, normal things) in life back home. It just makes me braver, really. My first solo trip actually got me out of a job I hated, where I’d wake up every day dreading what could go wrong. Now I work for the company I did my first solo trip with, and it’s all down to being brave, getting out there…and a blog post! I haven’t done the whole ‘quit everything and travel long term’ thing, but even going away for a weekend on my own does wonders for my personal wellbeing – and that’s something lots of people can do.”
Milly – Mini Adventures

“I’ve just got back from a solo trip to Portland after a conference in the states. I feel so free when I’m travelling alone. I love not having to answer to anyone else, or compromise, and it’s just the best thing!”
Alice – @_alialialice

“I wanted to travel on my own terms, and see as much as I possibly could. It forced me out of my comfort zone as I was staying in dorms with a ton of strangers. I met so many different types of people, I had my rucksack puked on by a drunk gap yah girl, and I came away with a huge confidence boost as I knew if I could cope with navigating cities where not that many people speak English (Google Maps was not a thing back then), I could do anything. It was the trip where I discovered my love of travel and I’ve not looked back since. I only wish I’d started sooner.”
Hannah – Bow Dream Nation

Doing what’s best for you 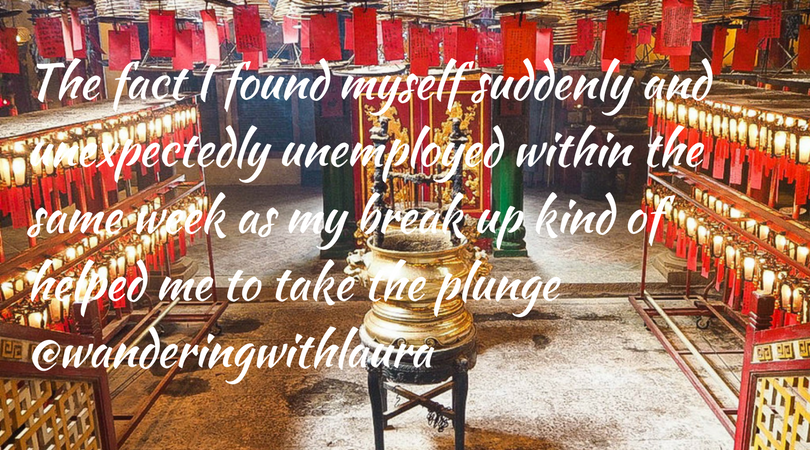 “I love being alone- I am my own best mate! Can’t imagine travelling for more than four weeks with anyone (maybe my fiancé!). I feel far more at home when travelling then I do in the UK; the world is home! Corny, but true for me. I blame my global heritage!”
Laila – Tape Parade

“Travel was always something I’ve loved but when sparks of ideas were allowed to grow, they turned into fully formed plans with booking confirmations and a significantly lighter bank account within two weeks. I mean, the fact I found myself suddenly and unexpectedly unemployed within the same week as my break up kind of helped me to take the plunge. Suddenly, when you have nothing to distract you and nothing to hold you back, the thing that you truly want to do has space to come to the forefront and that’s definitely what happened with me and travelling.” {extract from blog post}
Laura – Wander With Laura

“My solo travels always seem to come at just the right time – even if I don’t quite realise it yet. Getting away from the humdrum of my everyday life, and spending time with myself where the only goal is to explore (or see a band or two), always helps me to put things into perspective. A couple of years ago, I bought tix to see Garbage in London, on a complete whim. That same week, tickets went on sale for Belgium and Paris, and the next thing I knew, I’d bought them too! [Because of work] I spent only a week on the other side of the world, and it was somehow more life-changing than many of my other, much longer, solo adventures. I met a community of people who share my love of music, and who I’ll probably meet up with when I return to the UK later this year for another Garbage tour.”
Britt – @snapoutofbritt

“I’ve done it [solo travel] a few times at a time when I was single, when I wanted to go somewhere that I didn’t think a friend would want to go or when friends and I were in different financial situations. I’m coupled up now and don’t think I’d solo travel again but I am so glad that I did as I genuinely learned so much and had experiences that I wouldn’t have had if I’d been in a relationship at the time. Also very much enjoyed being able to do whatever I want and be completely selfish (lying in until 10am, eating pizza in Japan because I just wanted it etc.!).”
Lily – Lily Lipstick 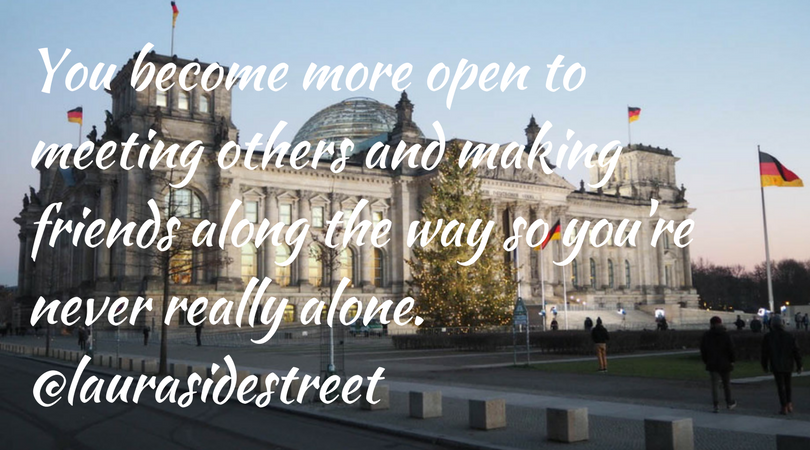 “I feel that if I’d decided to stay in the job search I was in in the UK, I wouldn’t be half as happy or half as fulfilled as I am right now. Best thing I’ve ever done, to be honest. Teaching is so rewarding. Learning about new cultures is amazing.”
Fii – Little Miss Fii

“I travelled solo for almost two years and absolutely loved it. You also become more open to meeting others and making friends along the way so you’re never really alone. I honestly think you are far more open to new connections when travelling along versus travelling as friends/couple as you tend to keep to yourself. Highly recommend hitting the road solo!”
Laura – Side Street Style

“Mine [first solo travel experience] was to do veterinary volunteering. No one else wanted to go and I didn’t want the fear of missing out and wondering, ‘What if?’. Best decision I’ve ever made and I can’t wait to get back out volunteering abroad again!”
Sam – Yoko Meshi

I’d love to know any of your own stories in the comments. Or if you’re thinking about solo travel and have any questions, throw them my way or ask any of the amazing women above! 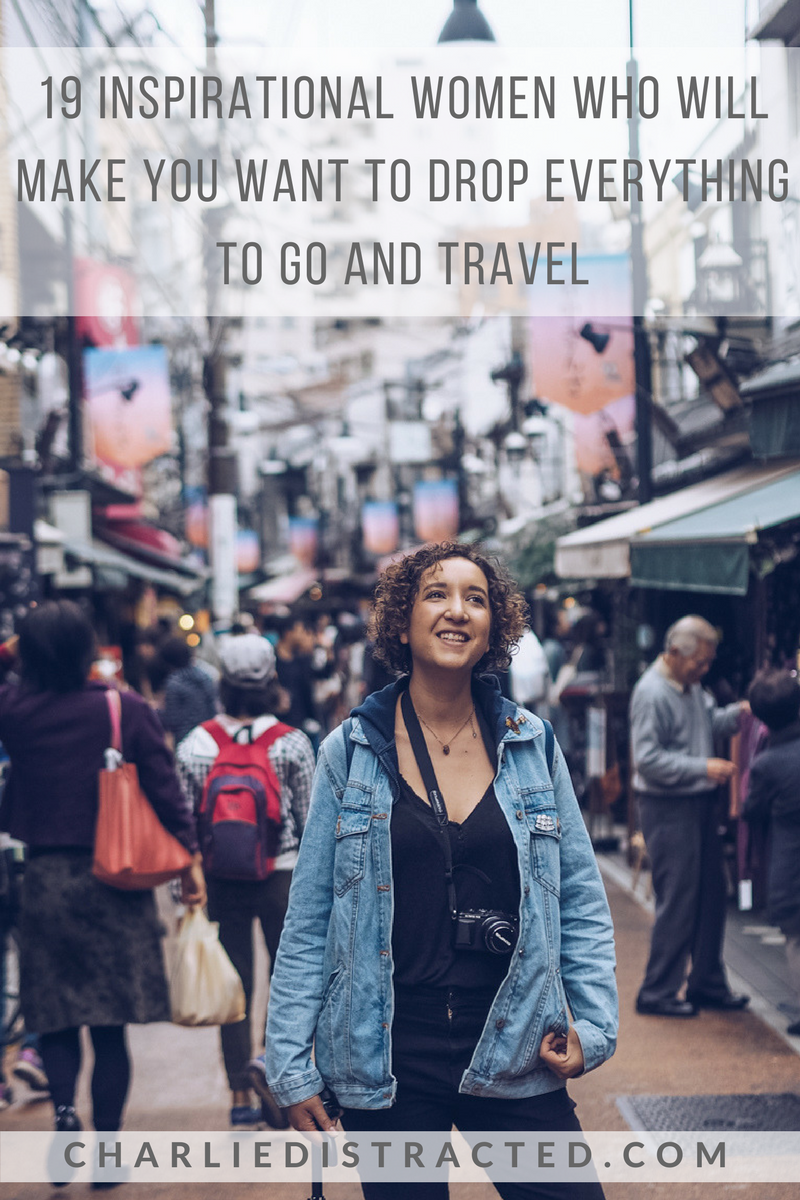