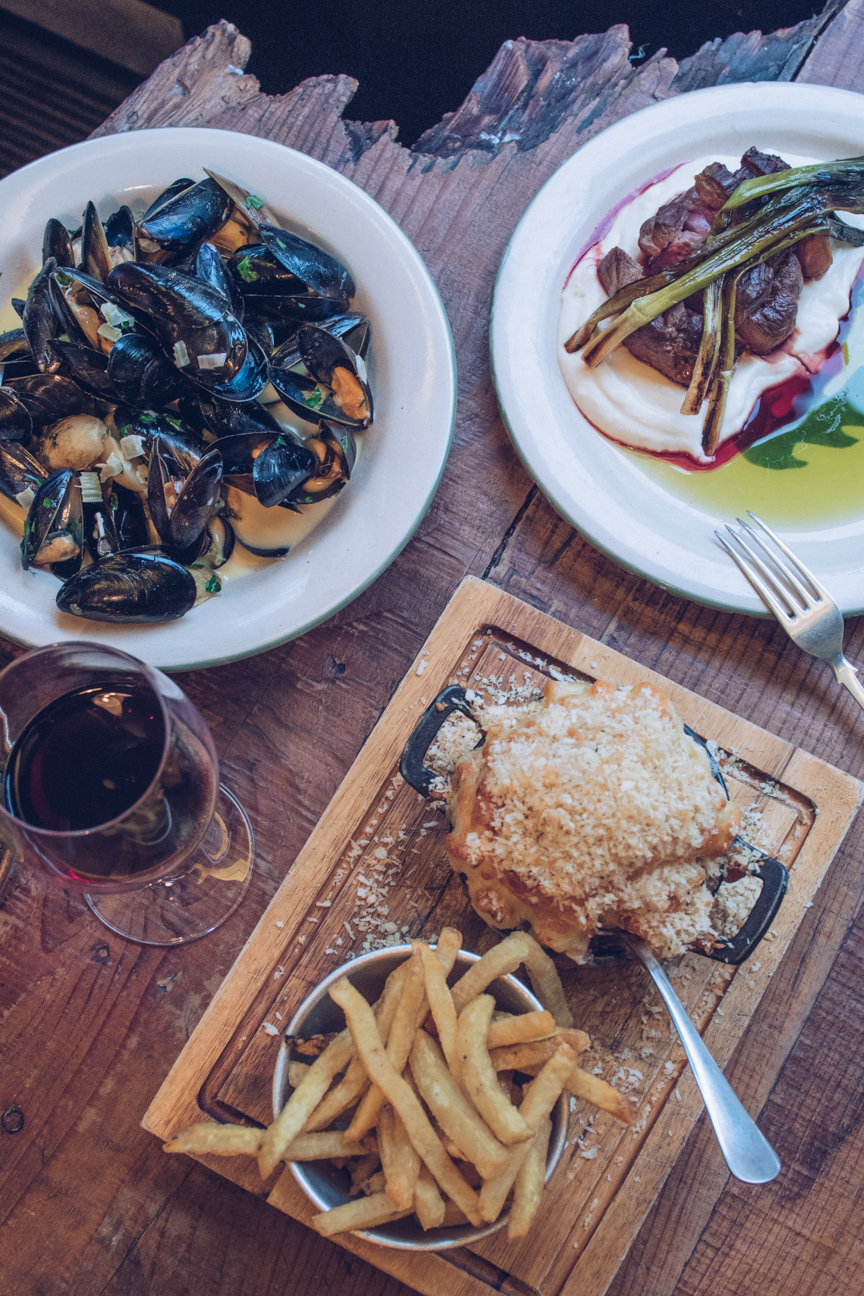 Do you remember that sketch from Goodness Gracious Me about ‘going out for an English’? It played on the stereotypes we all play into when we ‘go’ for any regional cuisine in a restaurant but that nobody ever sits in at a European dining option and makes a big deal out of it. Until I went to Mac & Wild*, who are purveyors of fresh produce north of the UK border. That’s right, I went out for a Scottish. 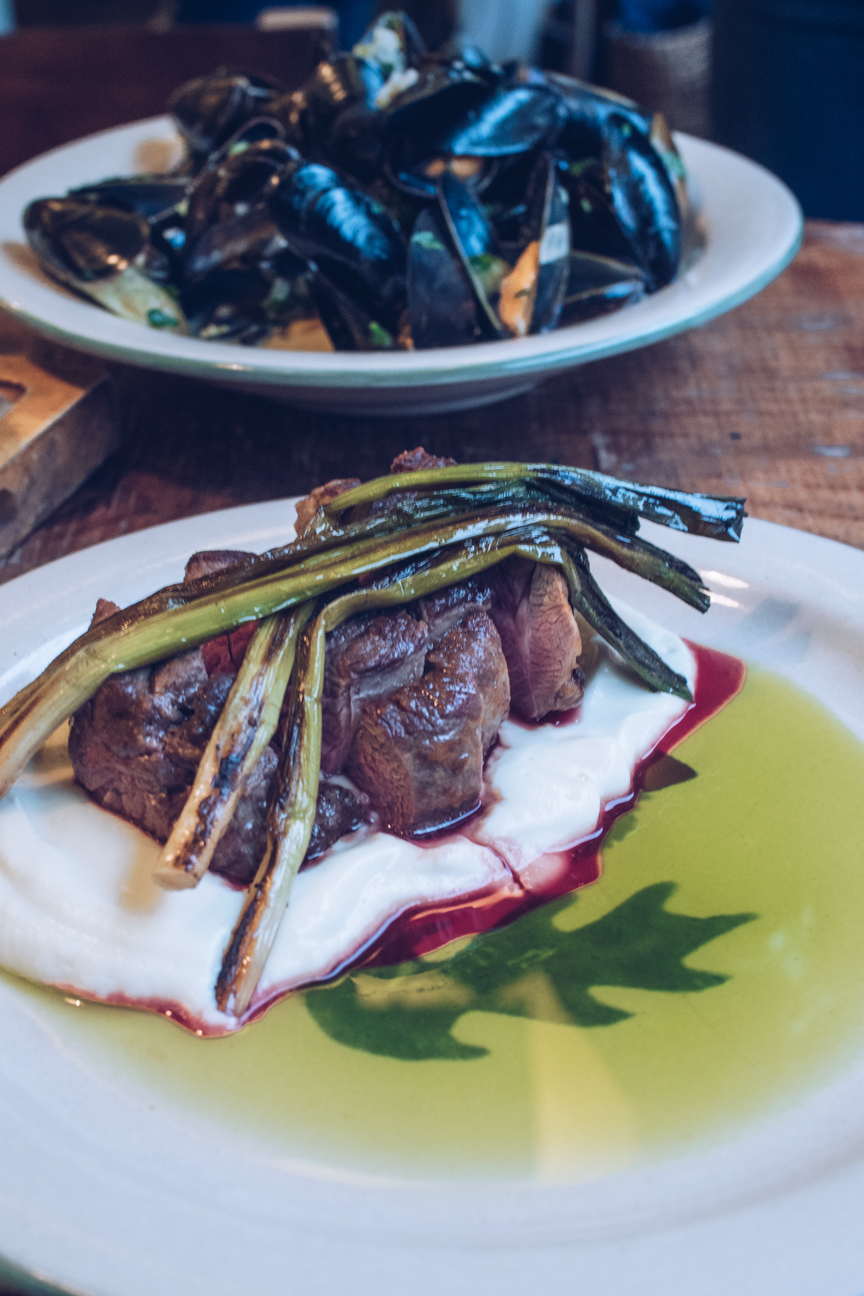 The menu isn’t about playing on cliches, but there are obviously some expected ingredients on the menu. Our starters were heavy on the haggis, which wasn’t casually added as a stereotype dish, but thoughtfully put together and cooked beautifully. I’ve fallen foul of some extremely badly cooked haggis in the past, where it crumbles like dust in your mouth, but the haggis pops here were soft, pulled bits of meat, at opposites with the texture of the perfectly crisp panko breadcrumbs they were encased in.

The venison, black pudding and haggis scotch egg was my second hit of Scotland’s most famous dish and in the guise of my favourite childhood picnic snack. I’m still baffled at the rise of the scotch egg in the gastropubs and fancy eateries over the last few years, but lord I am grateful for its makeover because this version was tip-top bloody delicious. 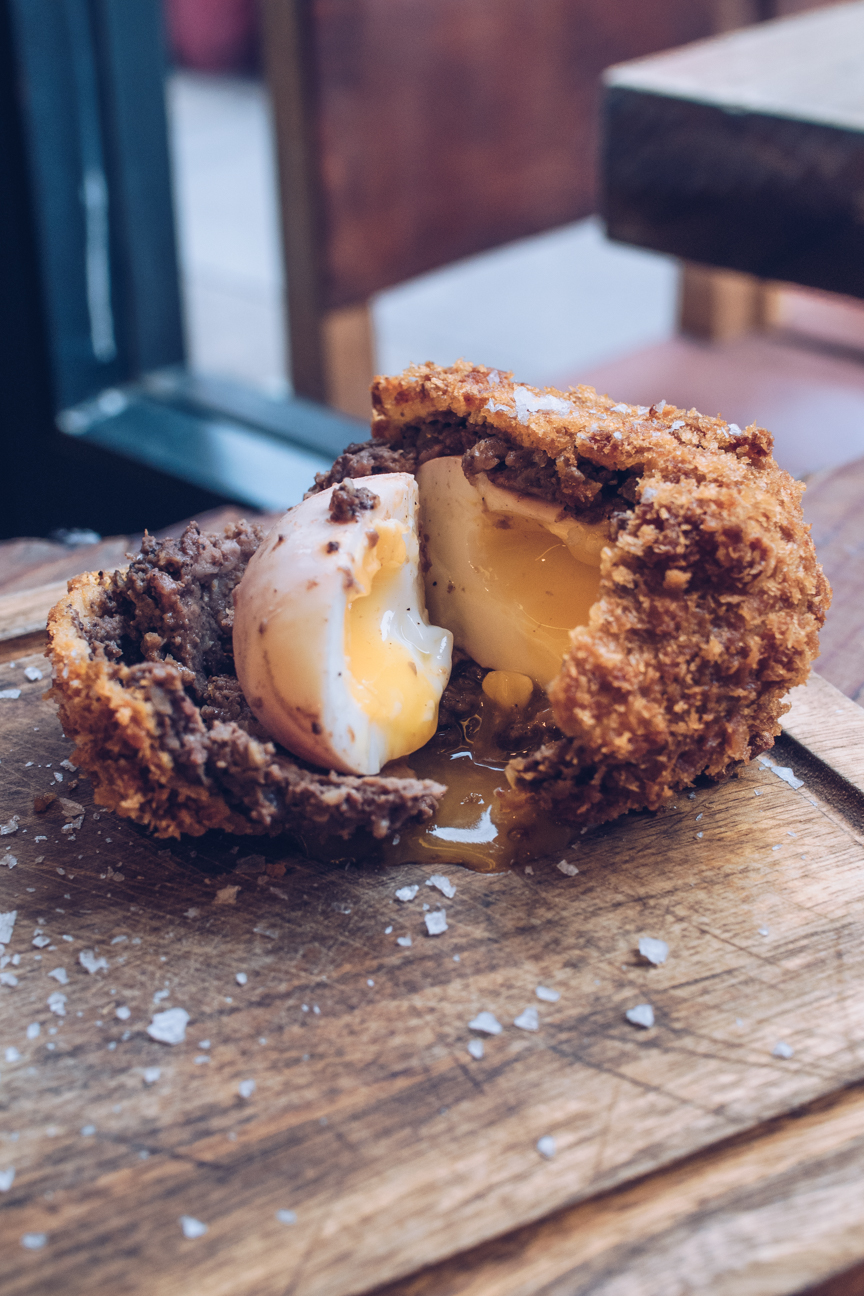 See where else I’ve been eating on my Instagram Stories highlight!

As well as a brunch menu, both outposts of Mac & Wild do Mussel Mondays – a bottomless serving of my favourite shellfish, with chips or bread, and a glass of wine for just £20, which Katy took full advantage of, whilst I went for the lamb rump. The cut of meat was excellent and just pink enough for my tastes, but weirdly, the cauliflower puree wasn’t quite right for me. A bit too much cream in it made it overly sweet, to the point where I thought it might even have vanilla in it, but luckily I had one hell of a side dish to go with it. 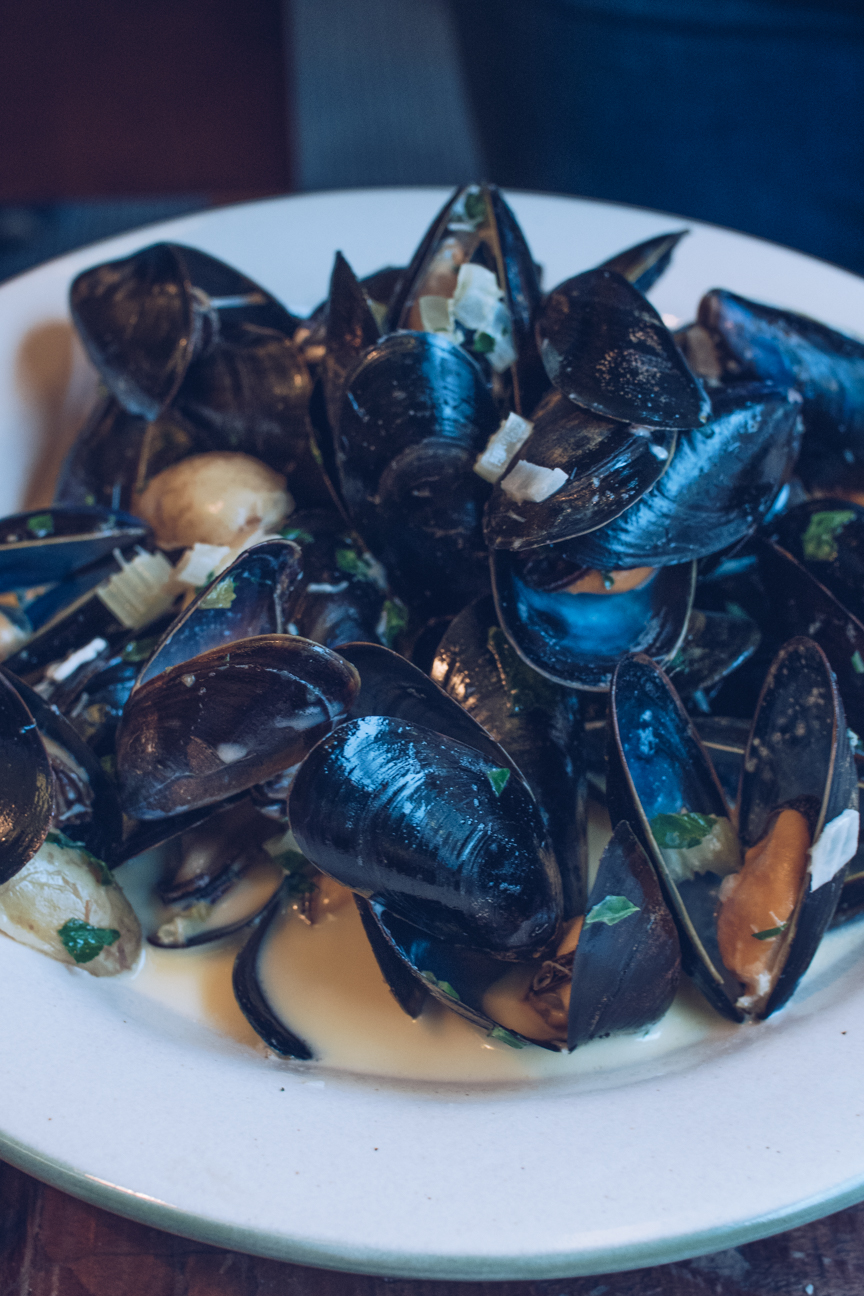 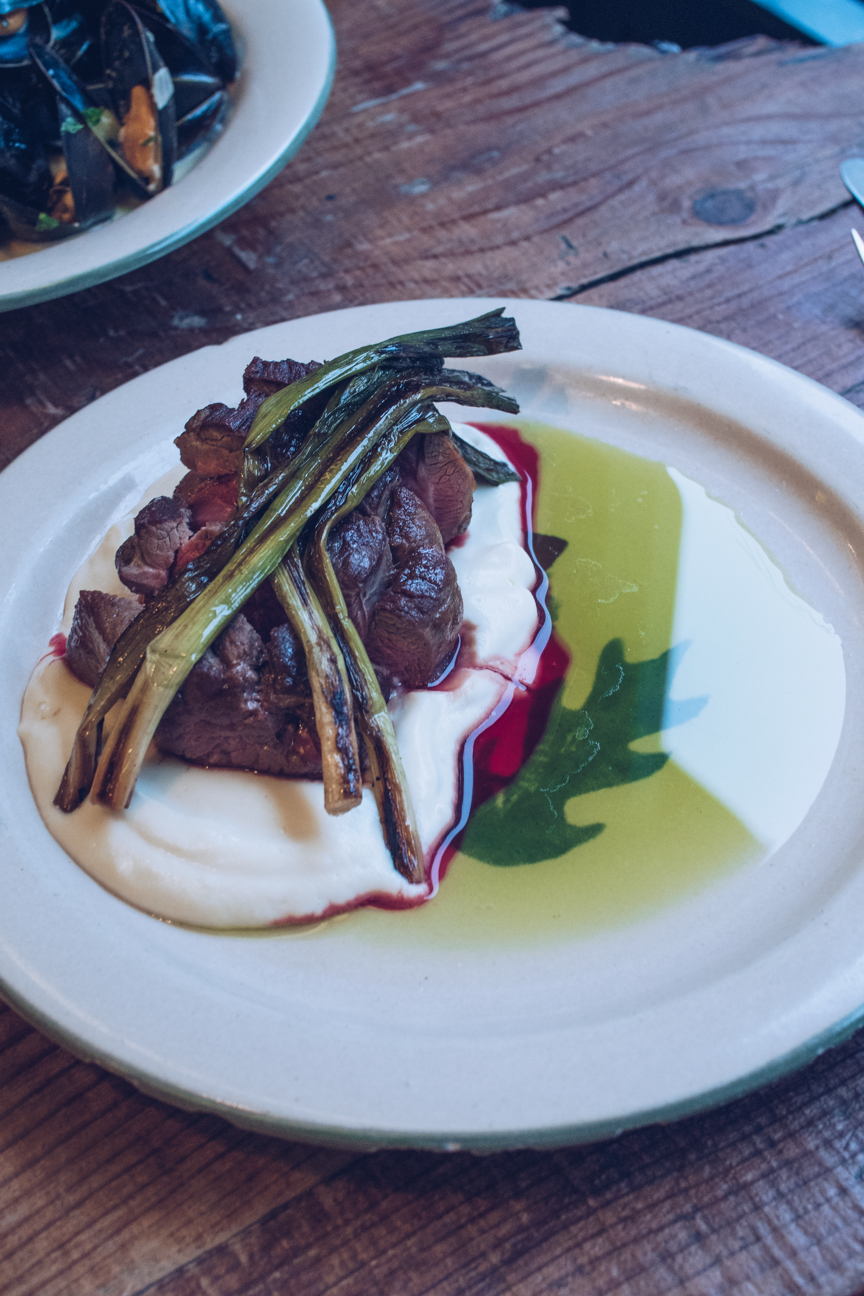 And guess what magic ingredient was included in this side dish of dream? *drum roll*
HAGGIS!
Because of course. This time within a literal stack of salty, stringy cheese grated and melted over a literal mound of macaroni tubes. If they’d sold it as a main, I would’ve devoured a whole plate of it, but as it was, I made do with the generous portion afforded to a side dish and reluctantly shared it with Katy (she did let me have some of her crispy fries though, so I guess it was only fair). It’s another upgrade to a basic I-could-make-that meal and I loved it. 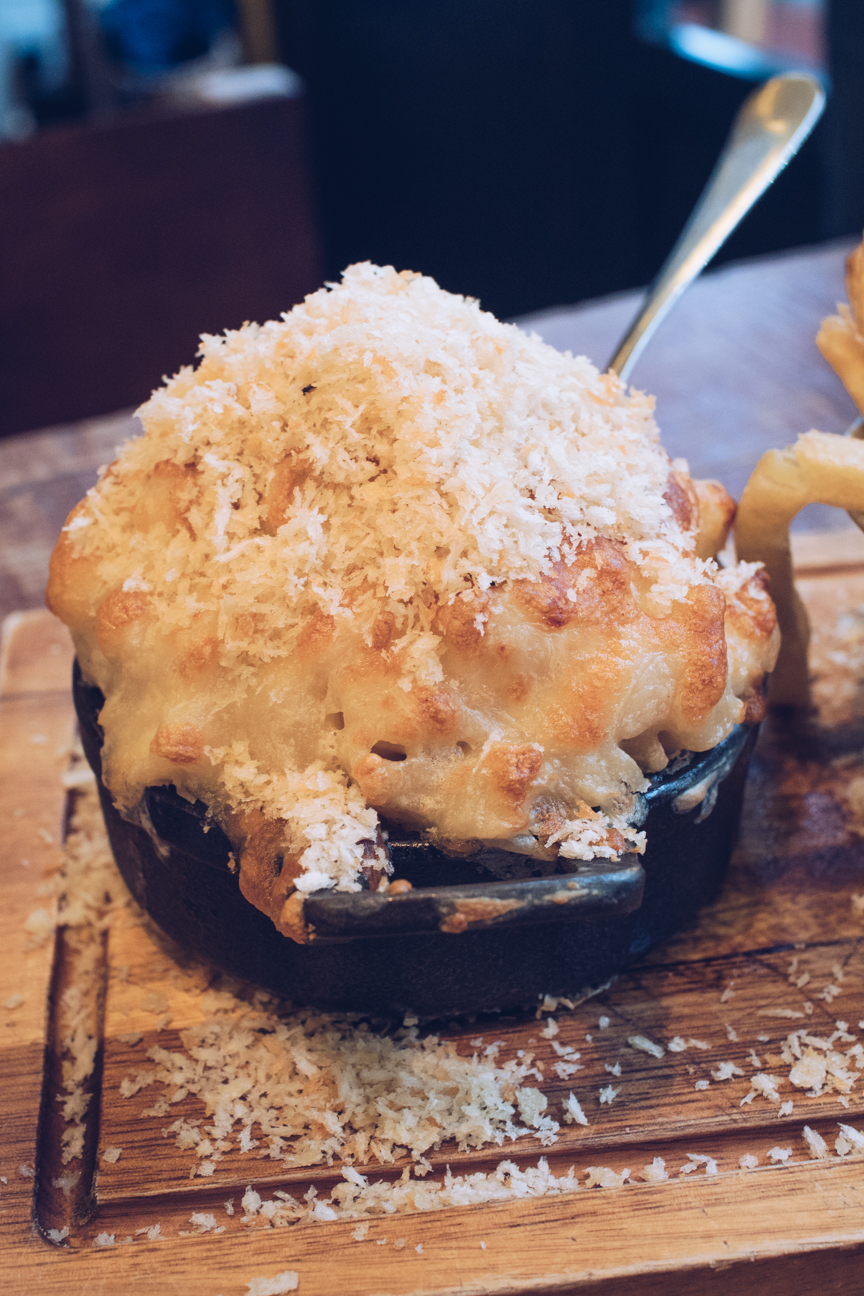 We finished the evening with a pretty basic rhubarb tart, which wasn’t really a tart at all, but puff pastry with poached rhubarb and a drizzle of custard. Even after all that haggis, I was hoping for something a little heartier because rhubarb desserts are my favourite especially as it’s in season. 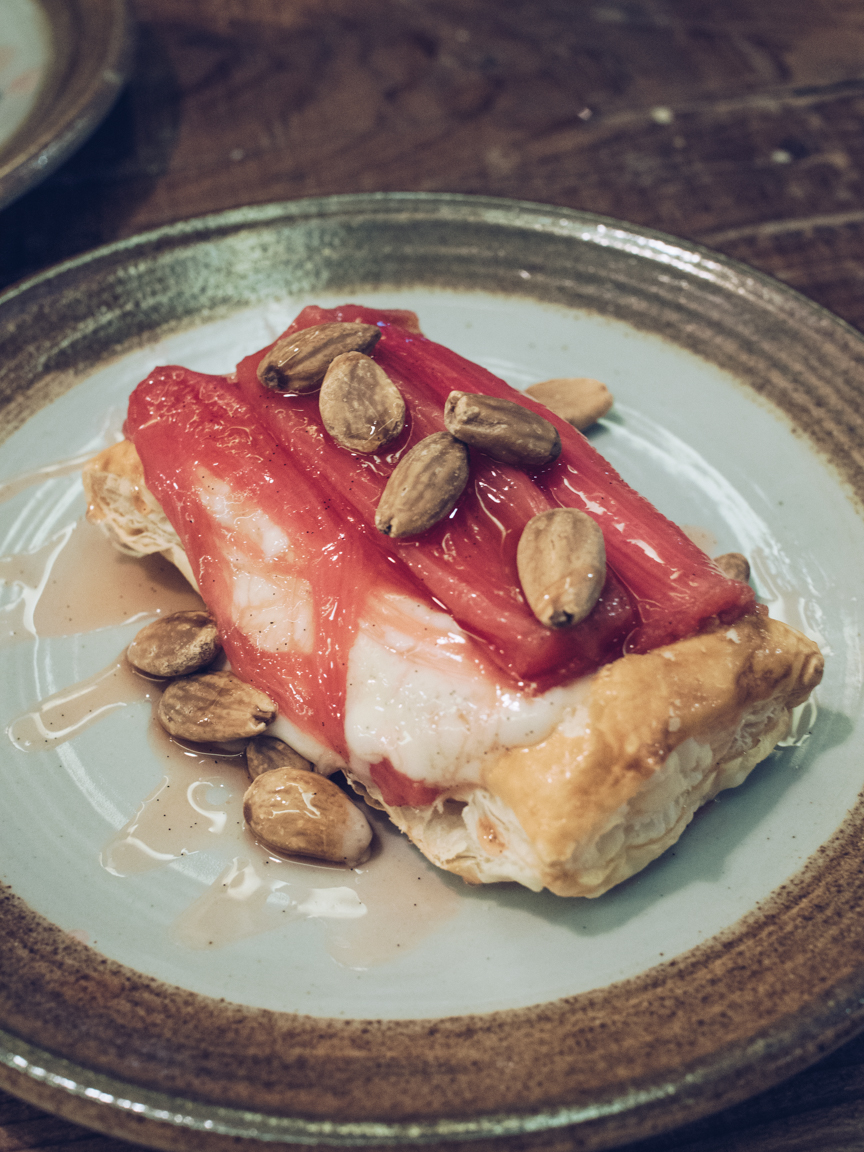 But it didn’t tarnish what was a well-devised and thought out meal, and, for the large majority was absolutely delicious to boot. At the very least, I know where to point people in the direction of decent haggis if they are yet to be convinced at how good an ingredient it actually is.

More posts on where to eat great meat dishes in London

Steak Frites at Flat Iron, Denmark St
Dinner at The Diner, Islington
An Organic Sunday Roast at The Duke of Cambridge, Islington 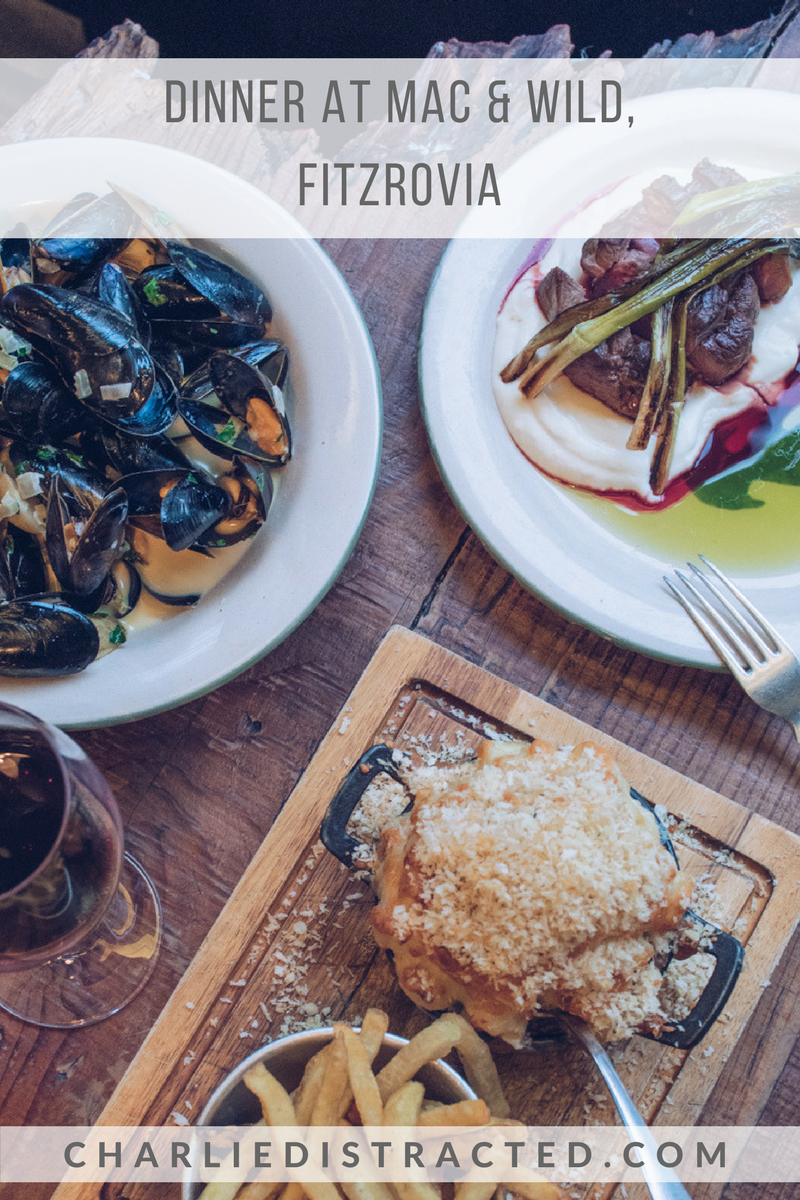