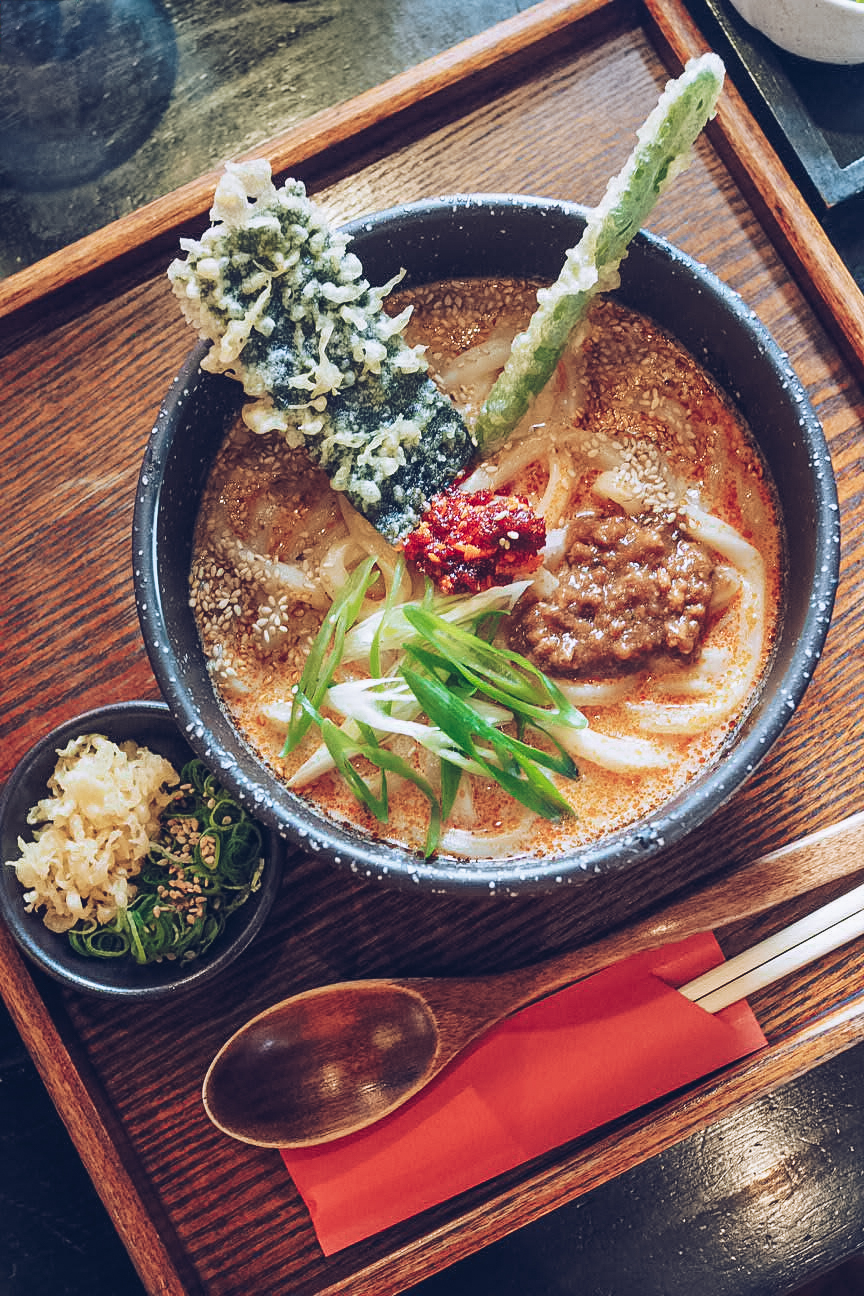 It was the food that drew me to Japan in the first place. Ramen, sushi, katsu, yakisoba, teriyaki, tempura; a plethora of dishes I was desperate to try in their place of origin, but when I tried to plan where I was going to eat all of these many, many, many things I was completely overwhelmed. Japan is full of Michelin-starred restaurants, which really weren’t within my budget (especially after I’d saved specifically to eat Kobe beef in Kobe itself), but everything I read just seemed to suggest that taking a punt on any local restaurant would give me the authentic flavours I was after.

The big cities of Japan are similar to that of the UK, where a trend or a rave reviews scores queues around the block. It’s easy to find these reviews and there have definitely been times when I’ve been abroad and waited my fair share for something delicious (a two-hour wait for a spring onion pancake in Shanghai comes front of mind!), but this time I was travelling with others and not all of them have the same patience as me to wait for their dinner. 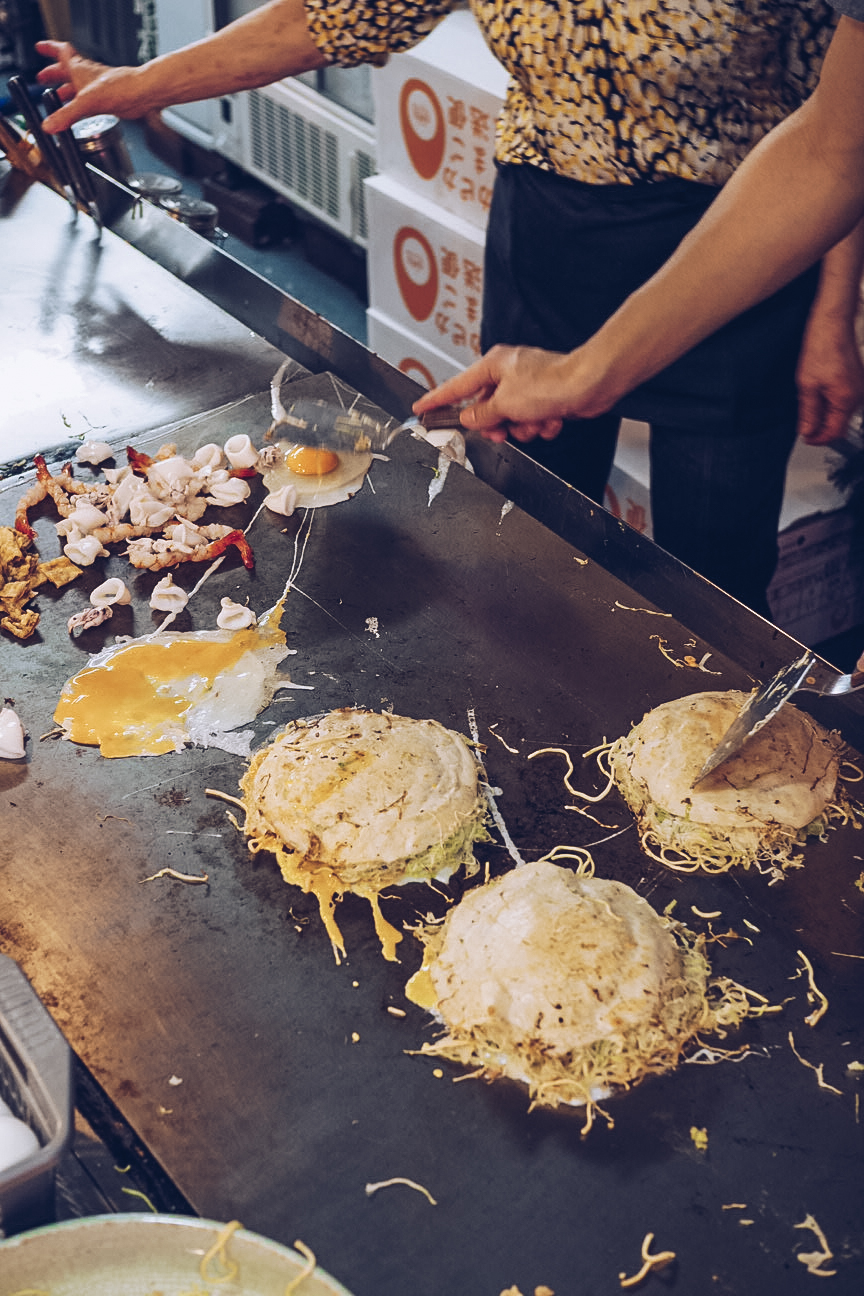 We found a compromise between using Foursquare on-the-go and gut instinct to pick where we’d eat, using our research on specific dishes we wanted to try to make our decisions concrete. Visiting Hiroshima meant making sure I found okonomiyaki, a dish I’d first tried in South Korea, but which originates from the city best known for its tragic part in WWII. The cabbage-based pancake was stuffed with seafood, and exemplified everything about eating in Japan: delicious food, cooked right out in front of us, in an unassuming location, and with the friendliest of staff. 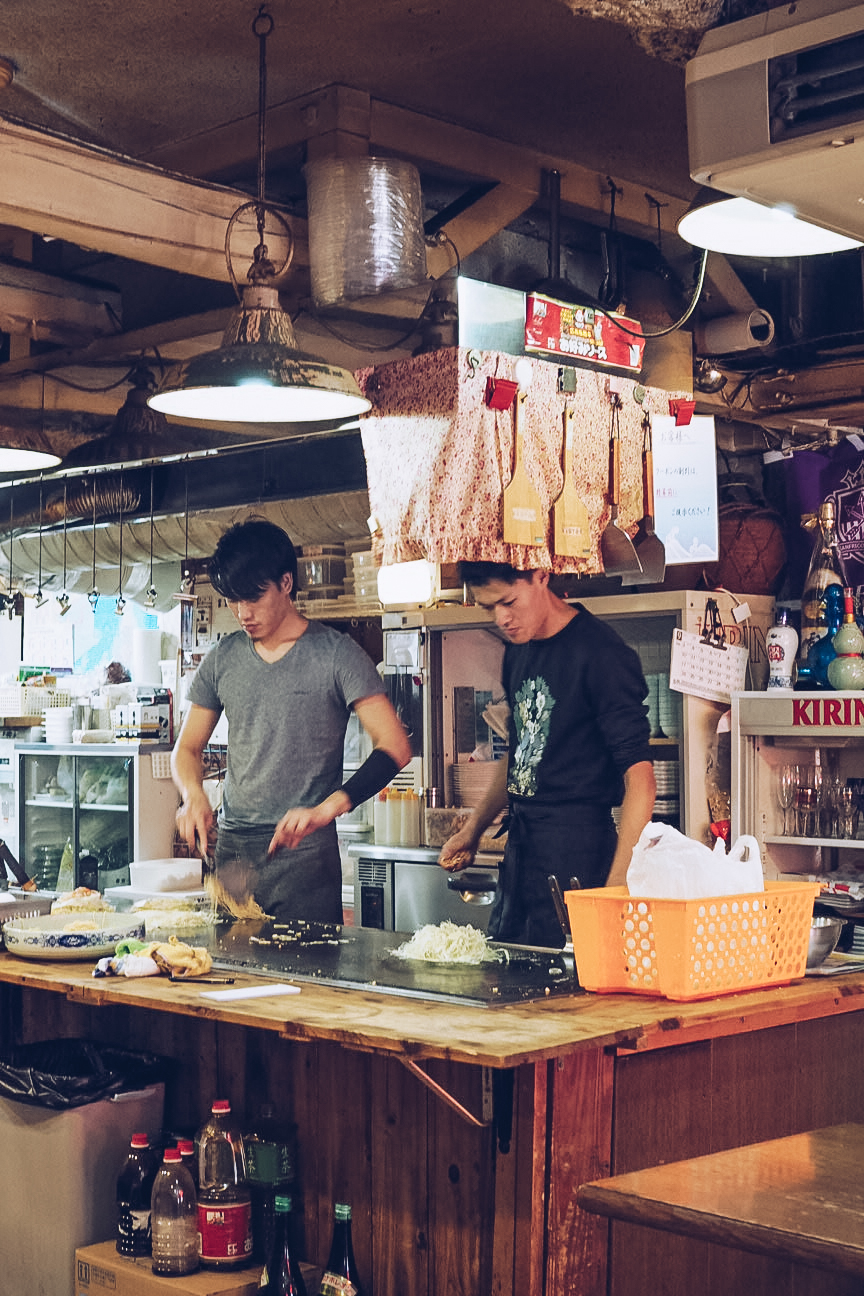 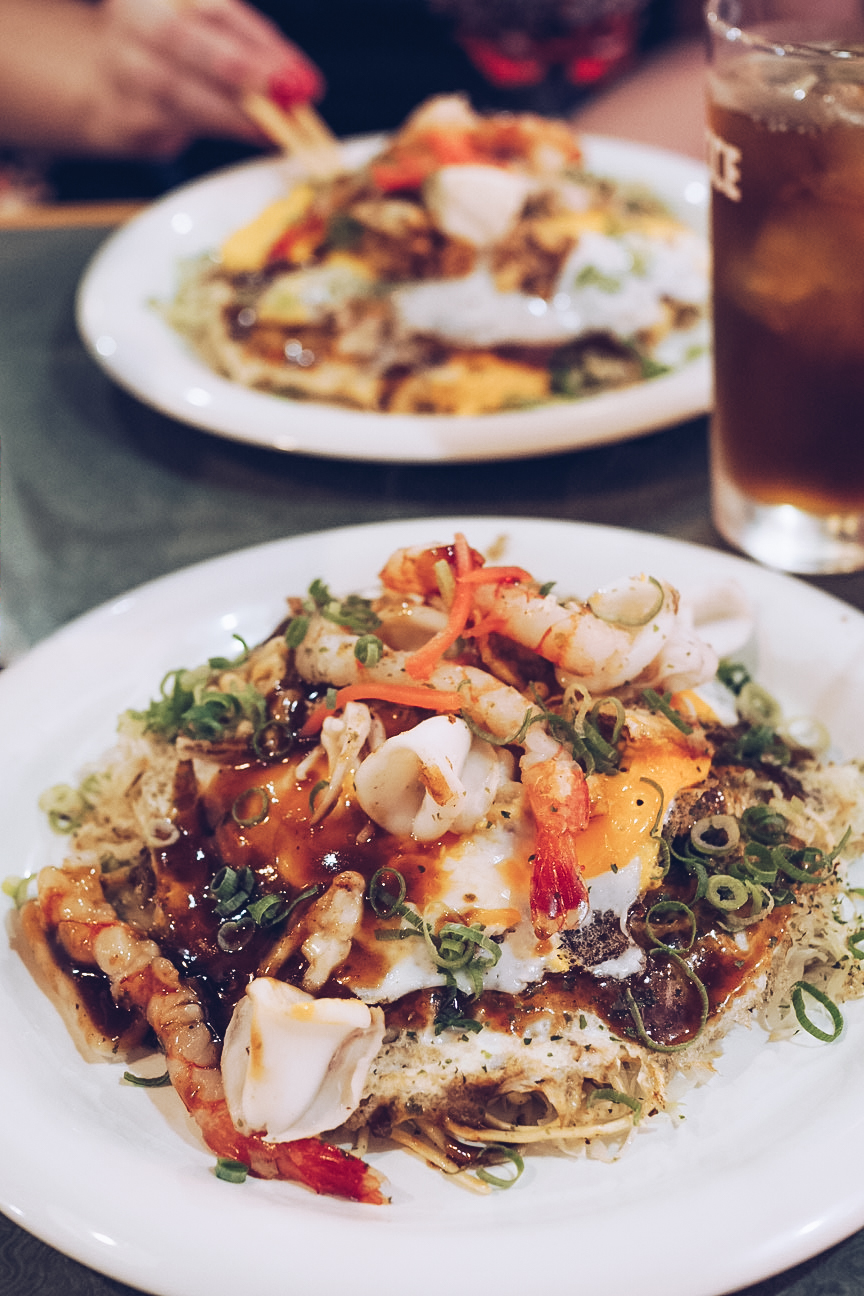 The people, in fact, really made a lot of the places we ate at even more memorable. After going into pretty much the first place we found one evening in Kyoto (after I insisted to my friends that in Asia, generally, the grubbier the place, the more delicious the food), we sat in a cafe with plastic tablecloths, one of the owners smoking in the corner whilst watching a bizarre game show on a TV that can only be described as the polar opposite of a flatscreen. We were the only people in there and the proprietors couldn’t speak English, but we managed to order plates of amazing katsu curry and little glasses of green tea. It was only after we left that we realised the kind and generous owners had stayed open 30 minutes later than their closing time in order to accommodate us – the sort of courtesy that would rarely be afforded in the UK. 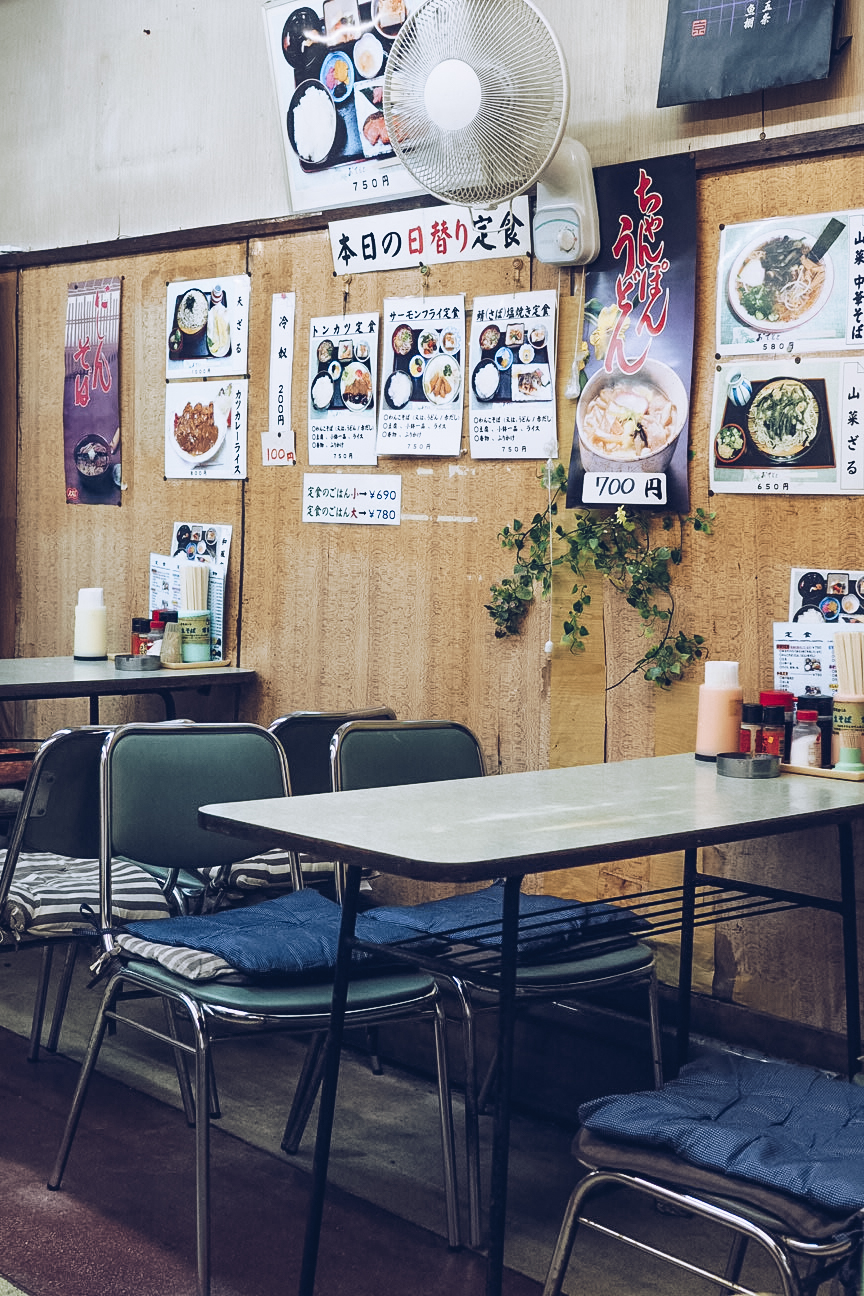 I loved that even when we were looking for a specific dish, we almost always found an additional flavour or ingredient that we’d never heard of or anticipated. From the sparkling sake at a yakisoba bar in Kyoto (where the two local guys next to us thought it was hilarious how many photos we were taking!), to the spicy miso paste added to ramen at Ippudo in Tokyo (which also has a London outpost!). But the best meal of the whole trip wasn’t a dish we’d planned, or that I’d ever even heard of. A ten minute walk from the Golden Pavilion, I had my first ever bowl of tan tan noodles: an amazing bowl of udon noodles in a spicy miso broth with ground sesame and pork, and topped with tempura asparagus and seaweed. It was unreal, and I’d have never found it if we hadn’t taken a chance on an unknown place. 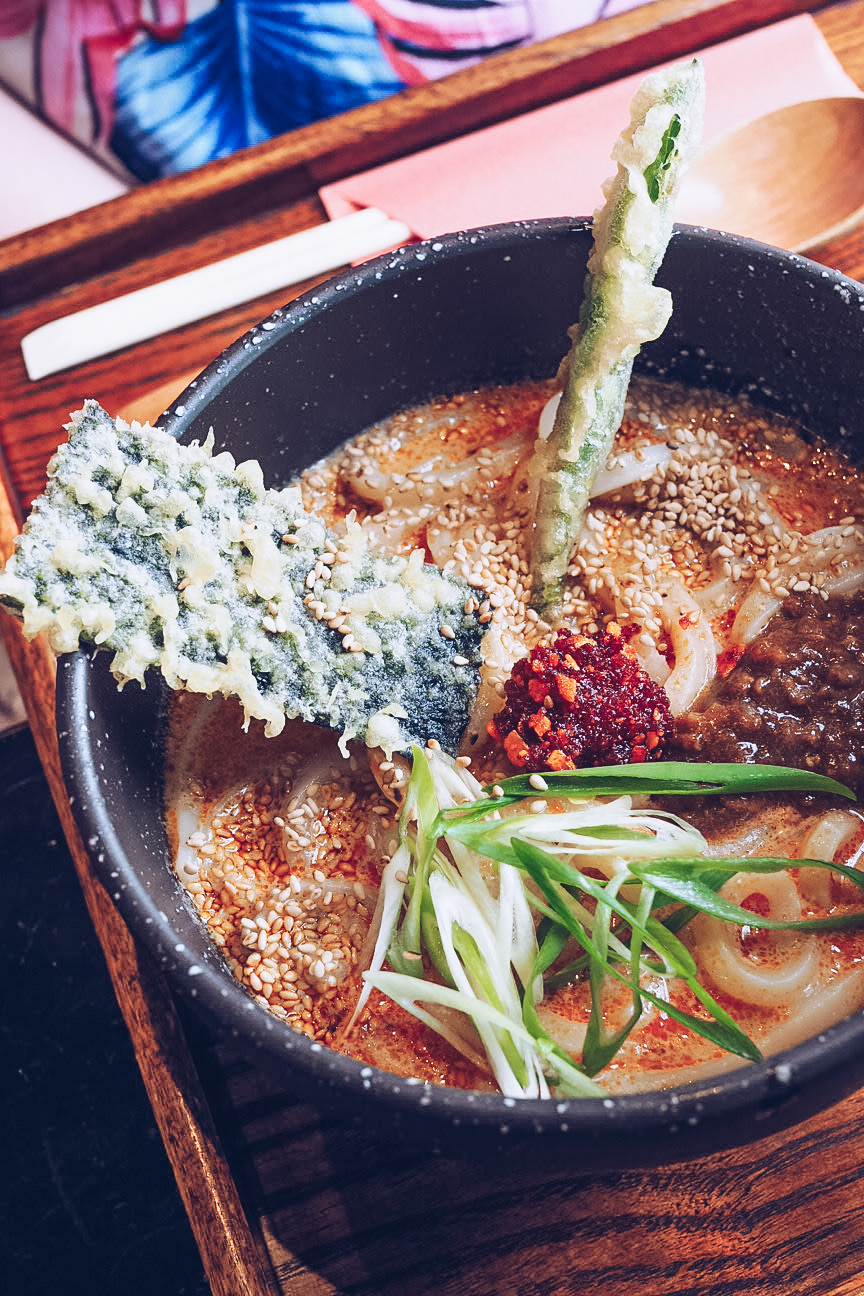 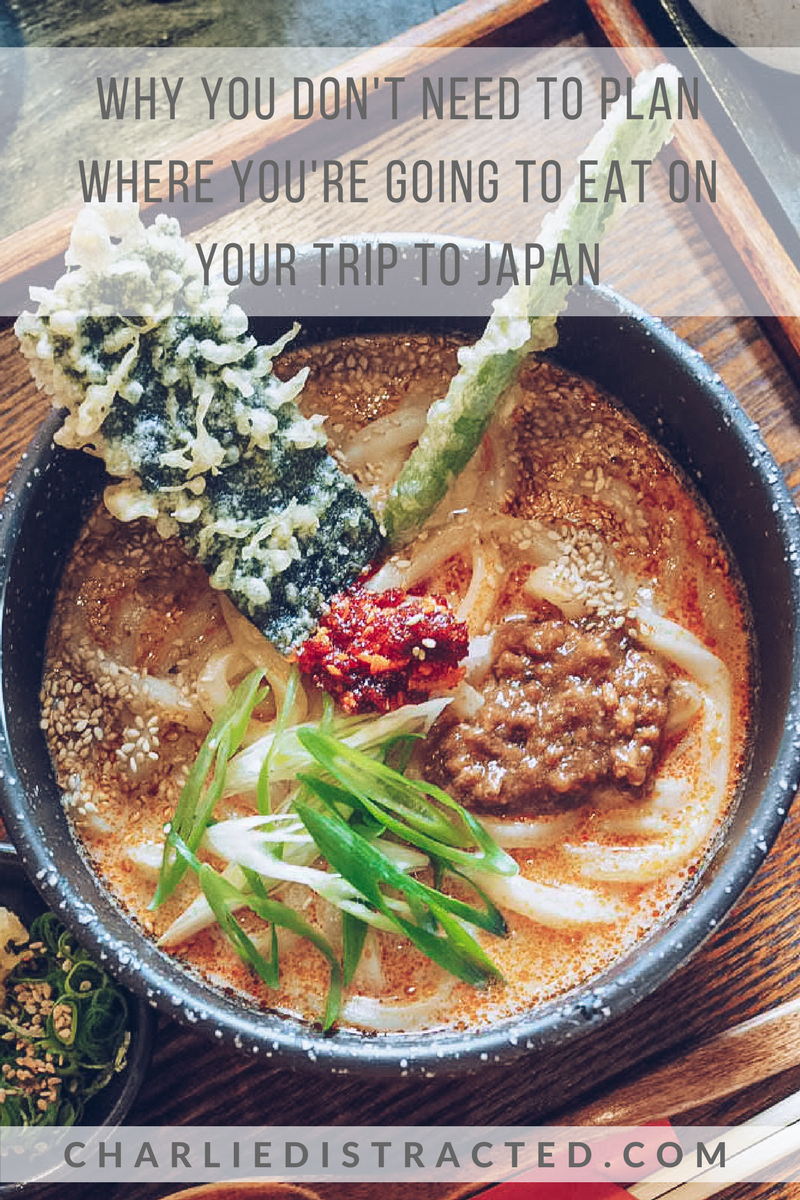