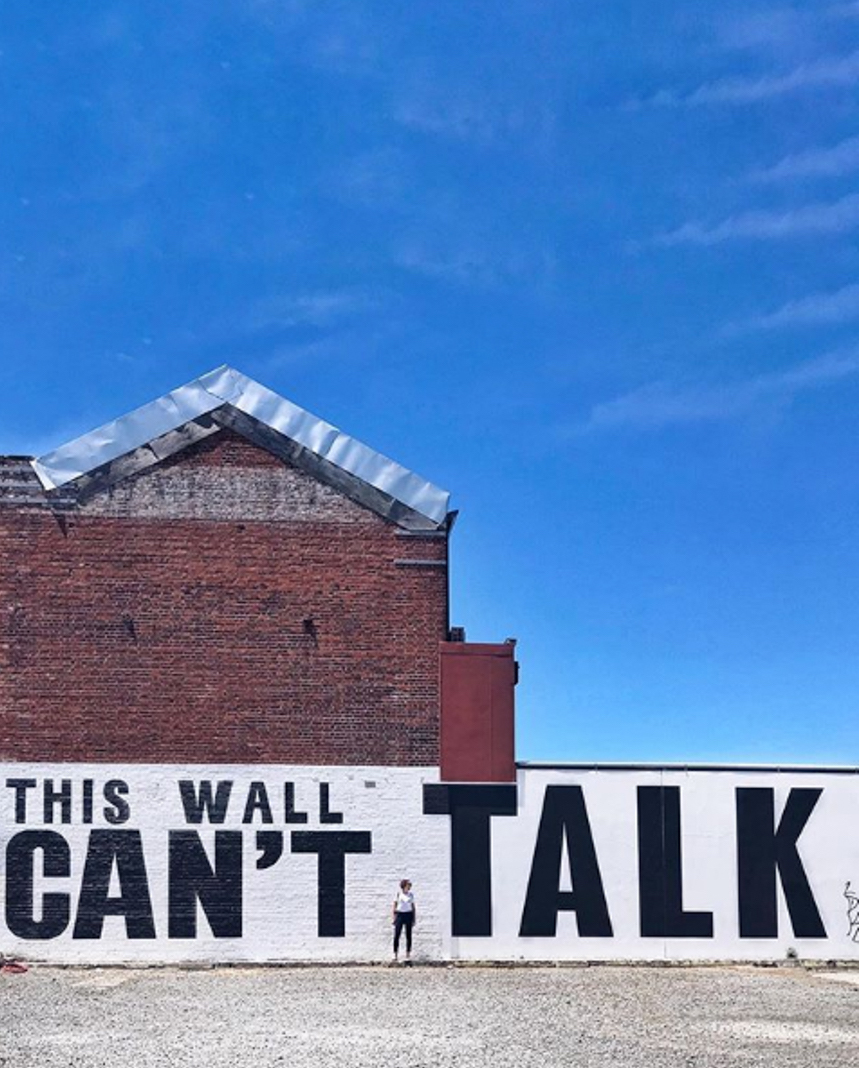 Don’t expect to see a city dwelling on its recent tragic past; the boom of Christchurch street art is making sure that its heart is fully on show.

I first visited Christchurch in 2016, five years after the horrific earthquake quite literally ripped the city apart. I have good friends who are from there and have since moved back from London, and to be honest, that was the reason I added the city to my big trip itinerary. On that trip, I was shocked at how many crumbling buildings were still being propped up with scaffolding or had just been left, seemingly without an plan to rebuild it or even tear it down. I’d spotted some street art during that visit, but when returning in January 2018, I was surprised how much I fell in love with Christchurch. There is art everywhere, and not just in the ‘traditional’ mural sense, either. 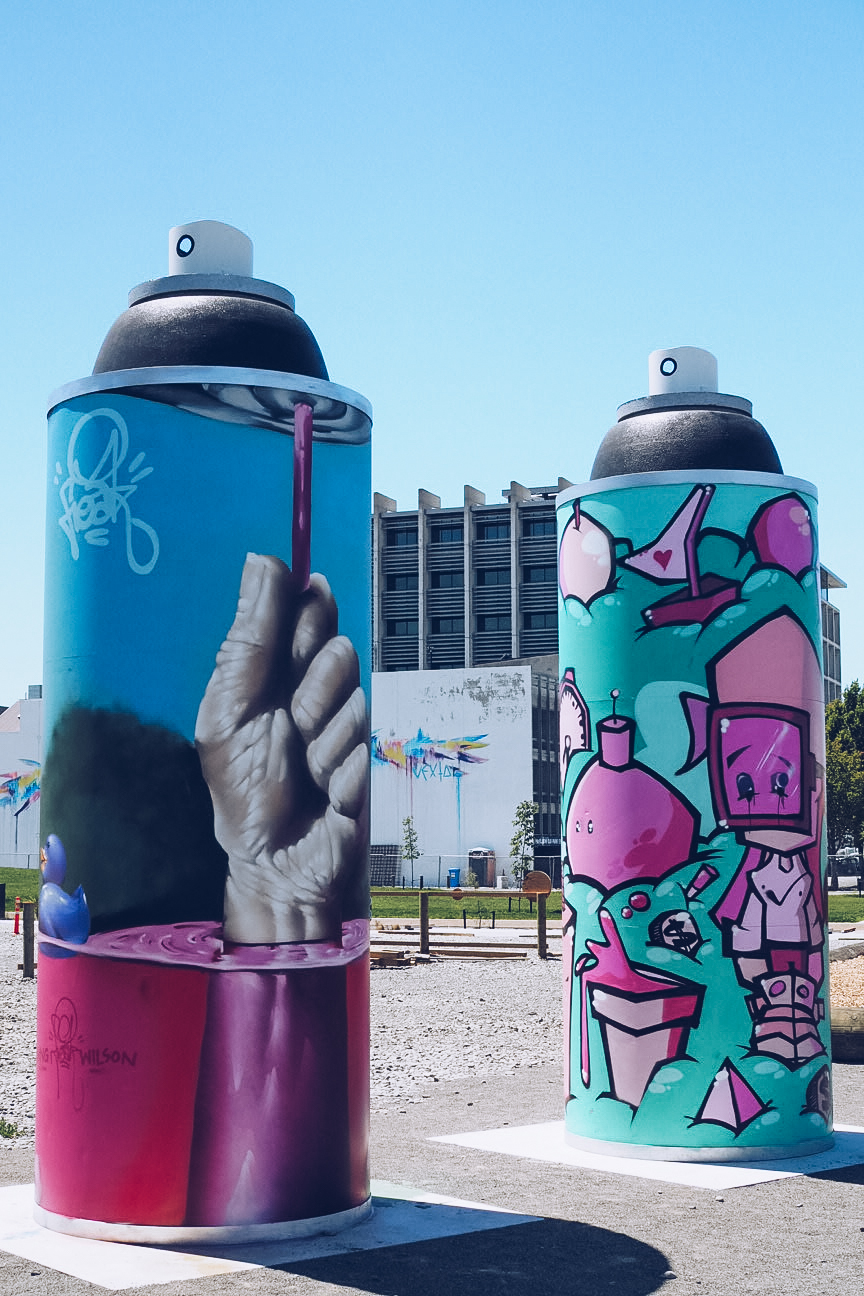 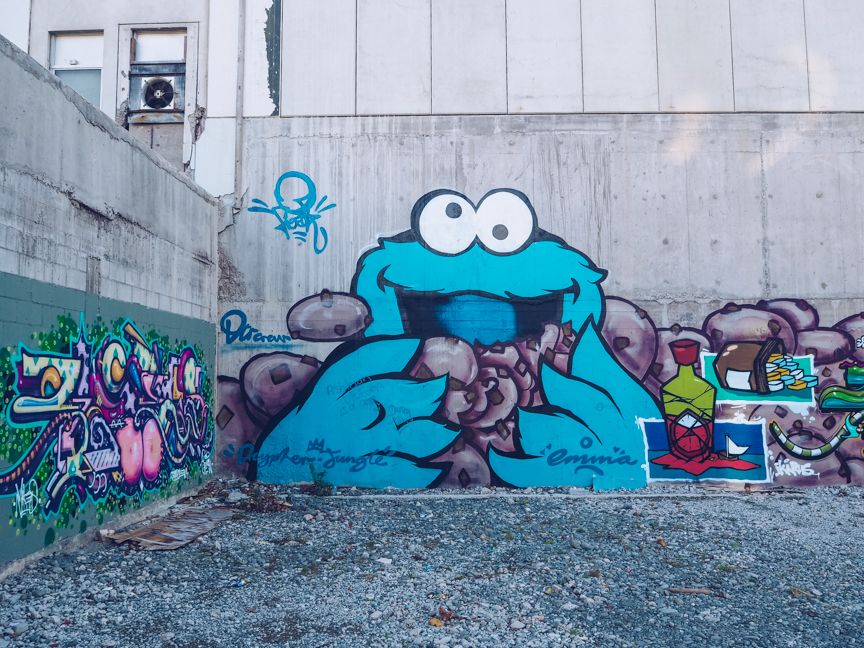 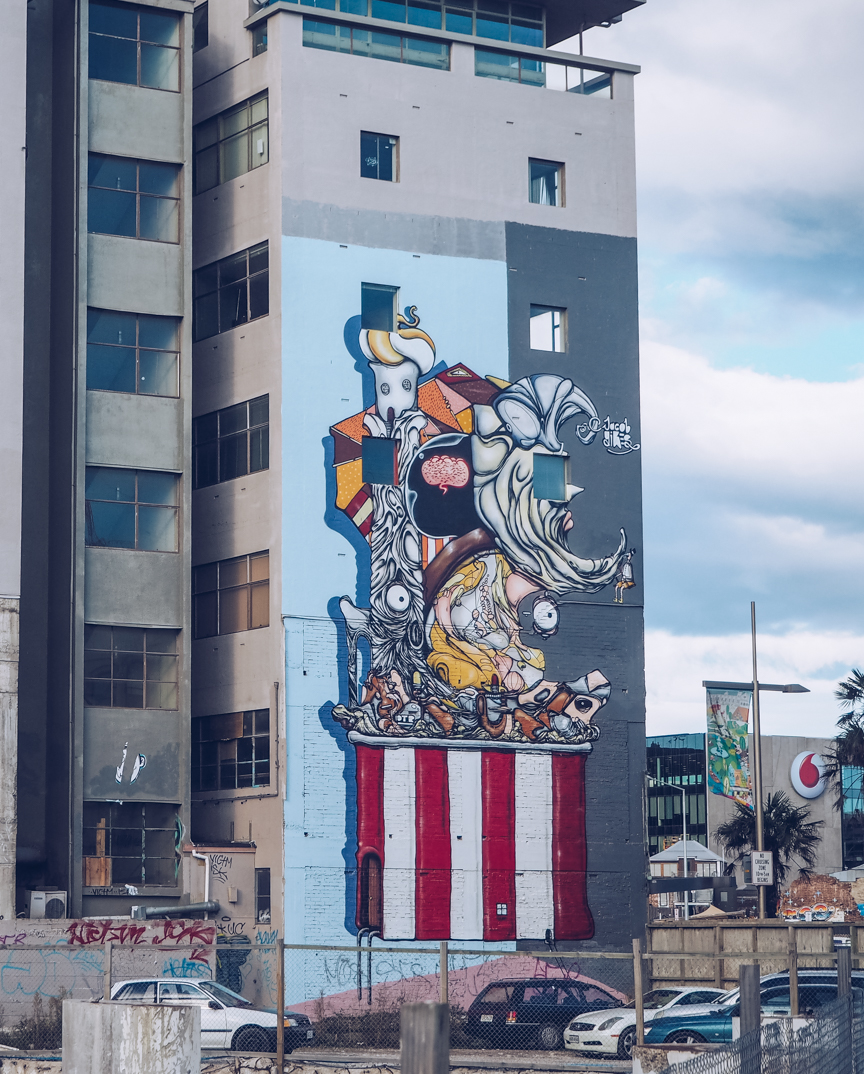 The cathedral is still the iconic building of Christchurch, despite the fact that it’s closed off to the public and held up by scaffolding now. It’s defiantly still standing, now surrounded by foliage and flowers, waiting patiently for restoration, but its role as a place of worship is still on hold. Instead, the temporary solution has been the Cardboard Cathedral, and incredible building literally made from huge cardboard tubes, shipping containers and a polycarbon roof. It’s architecture and art combining to bring something essential back to the community, and it’s really beautiful. 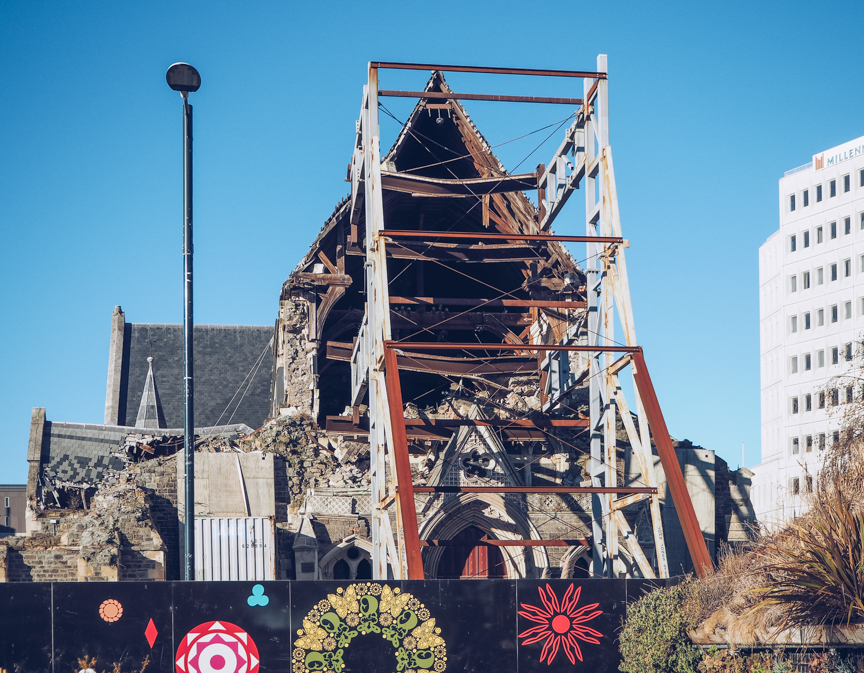 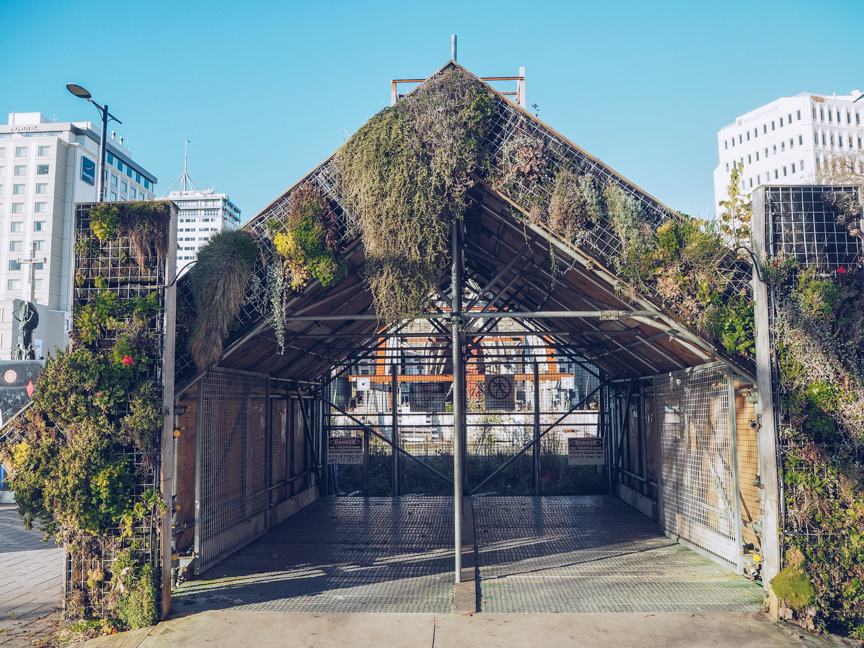 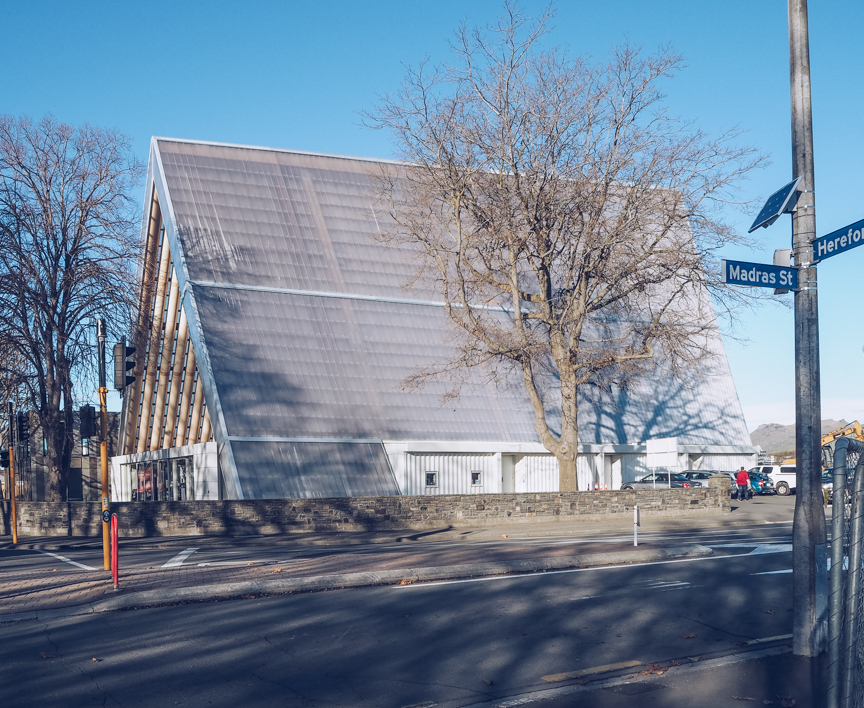 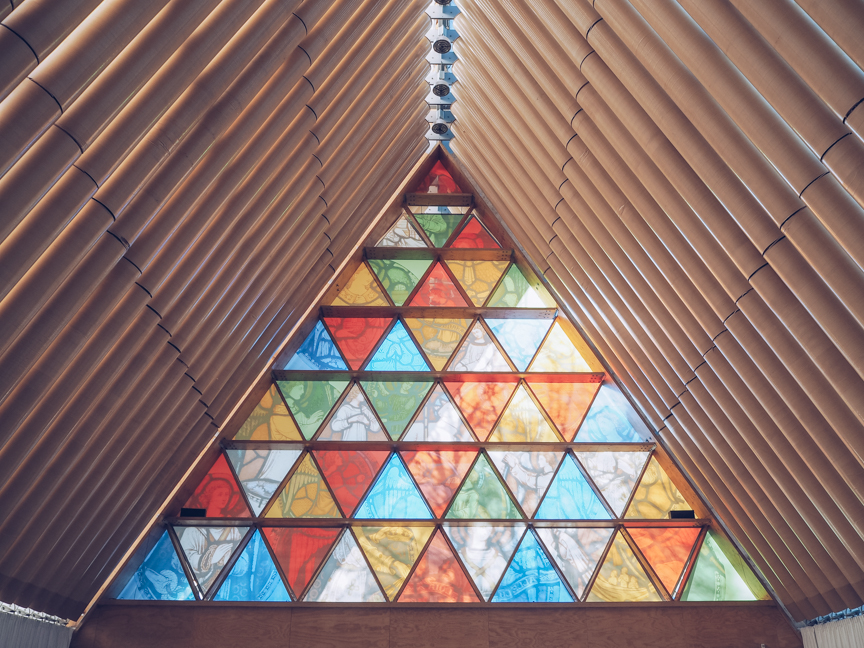 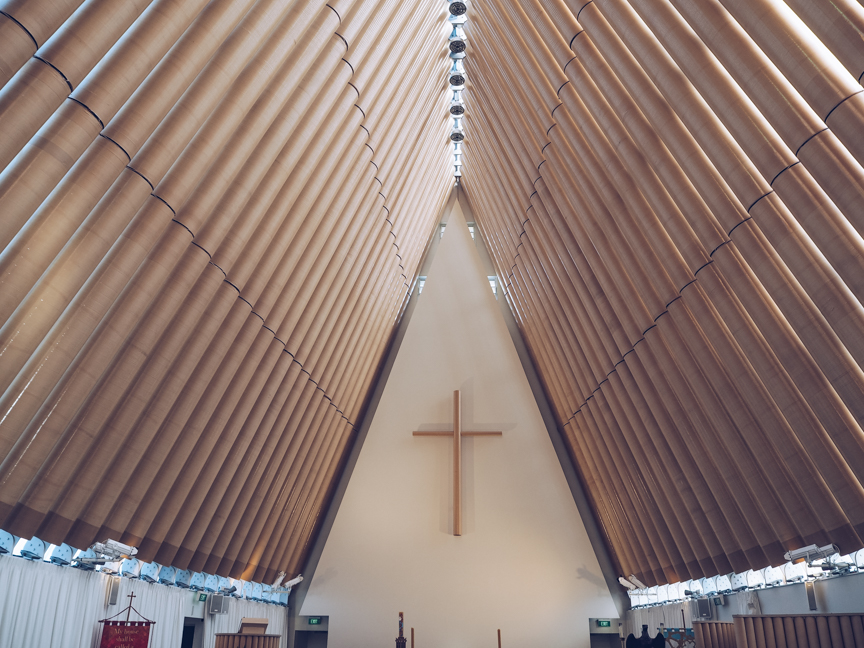 It’s the spaces created by the earthquake which have now been used for art which were my favourite. The most moving is 185 White Chairs, an installation which represents the lives lost in 2011 and the 185 square metres of grass they’re sat on is for growth and regeneration of the city itself. But unused space has been utilised by opportunist street artists, in spaces where the only part left standing of a building is part of a staircase, covering walls nearby with injections of colour and a lighter tone. 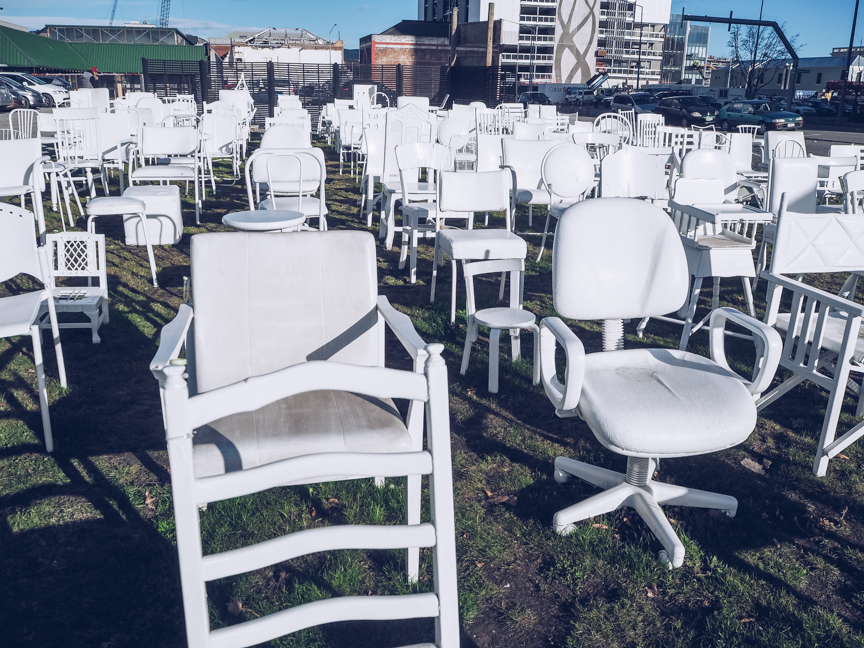 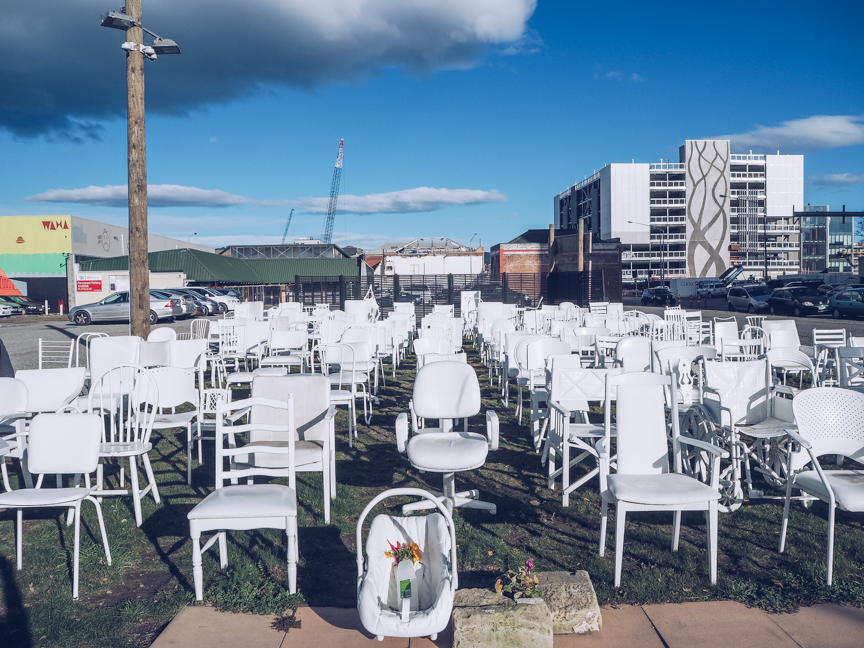 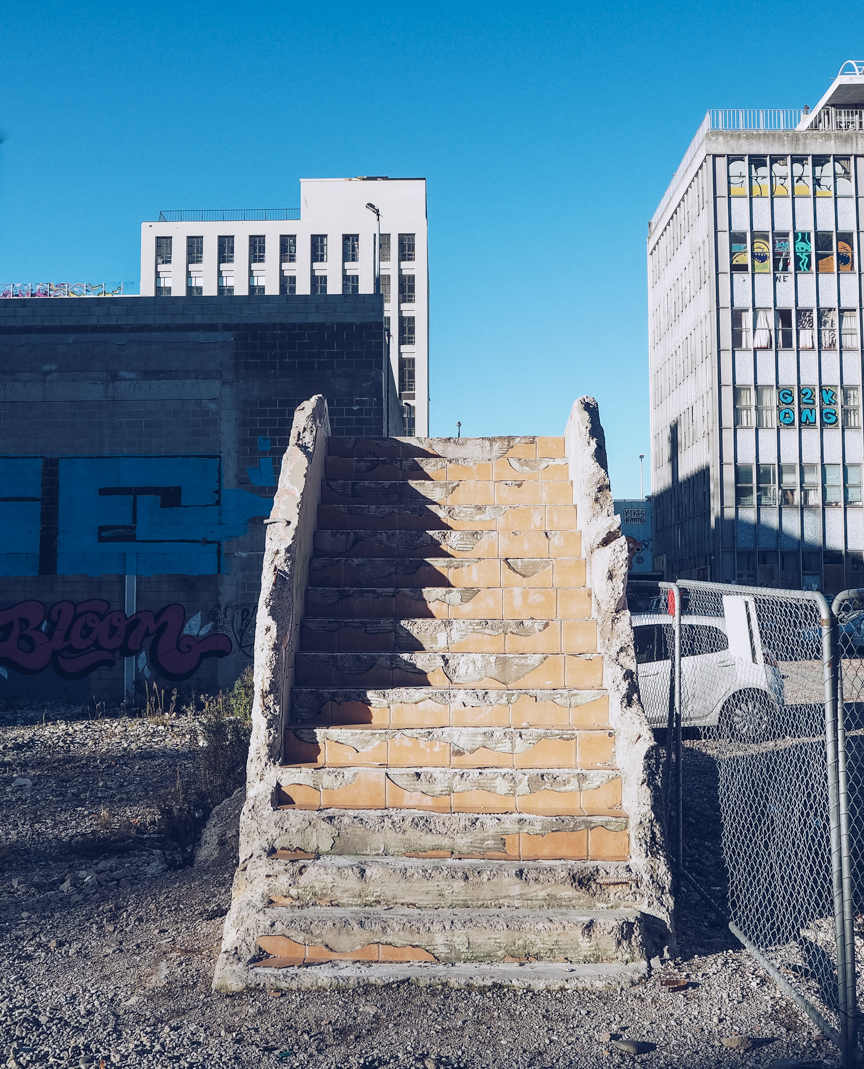 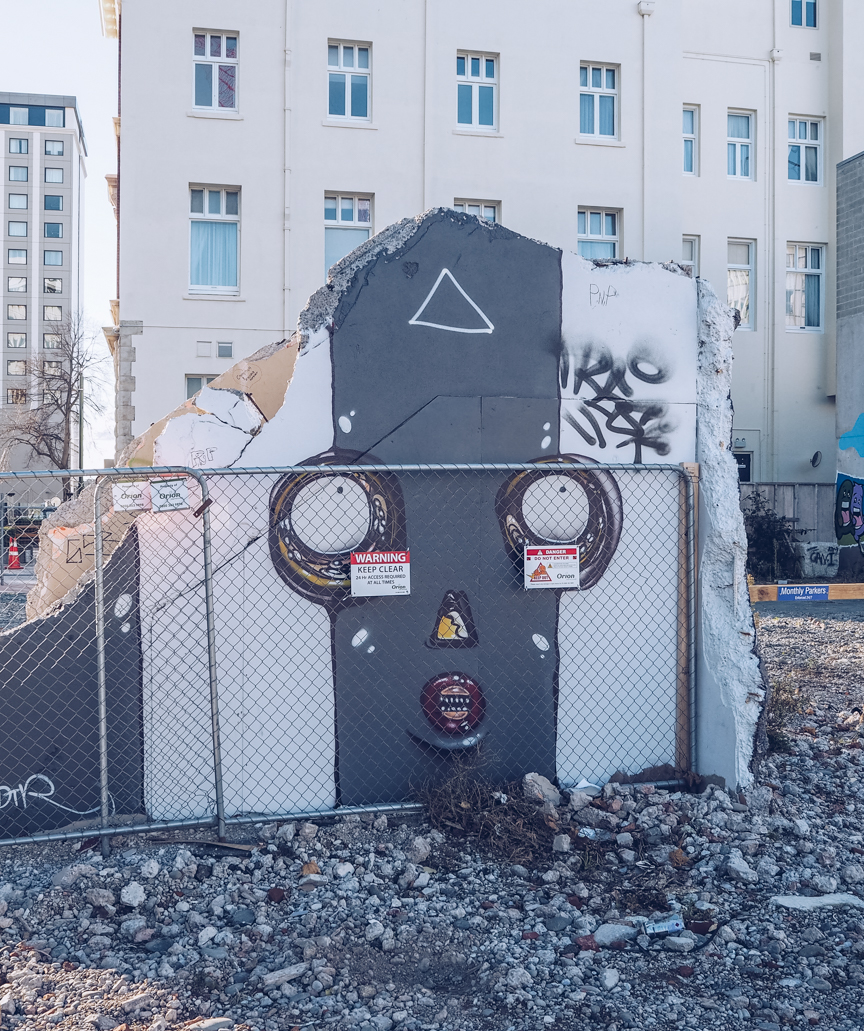 See all my photos from New Zealand on Instagram #DistractedinNewZealand

And that’s really how Christchurch rolls now. The streets are full of surprising street art interjections; you have to keep your eyes open to spot some of the smaller pieces dotted around, This is most clear in the work by Gap Filler, a creative social enterprise which builds public art installations to bring communities together. The best one I found was the Super Street Arcade, where we could stand on an enormous joystick control panel and play Space Invaders on a giant screen on the wall of the Vodafone building. 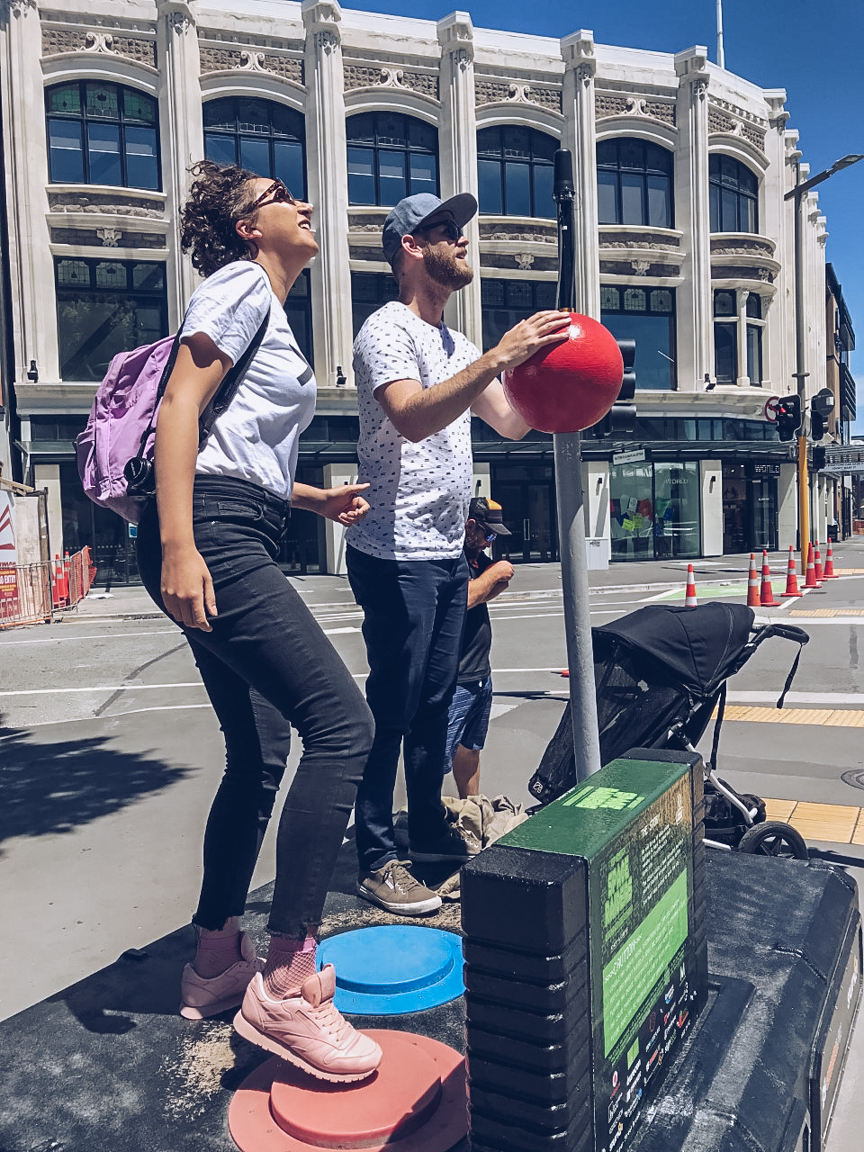 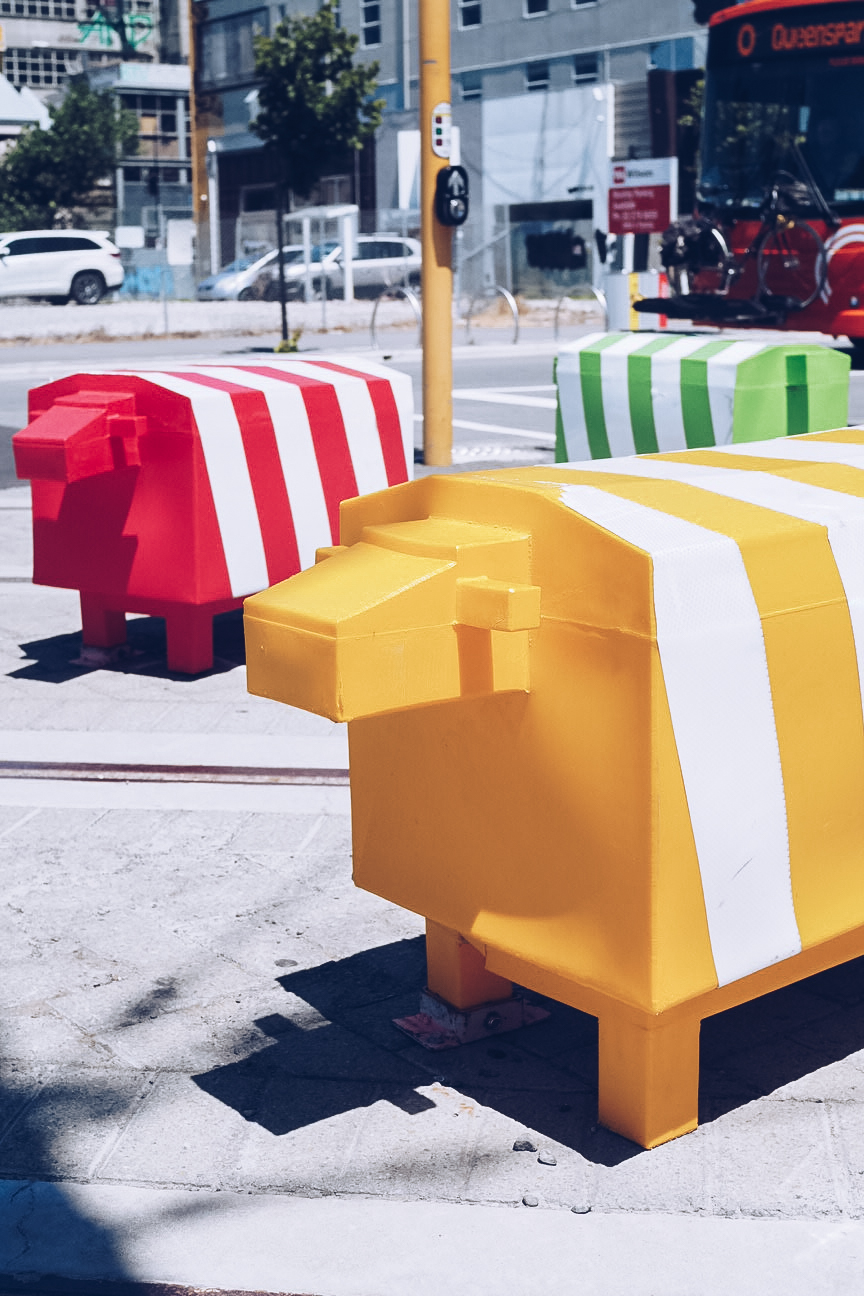 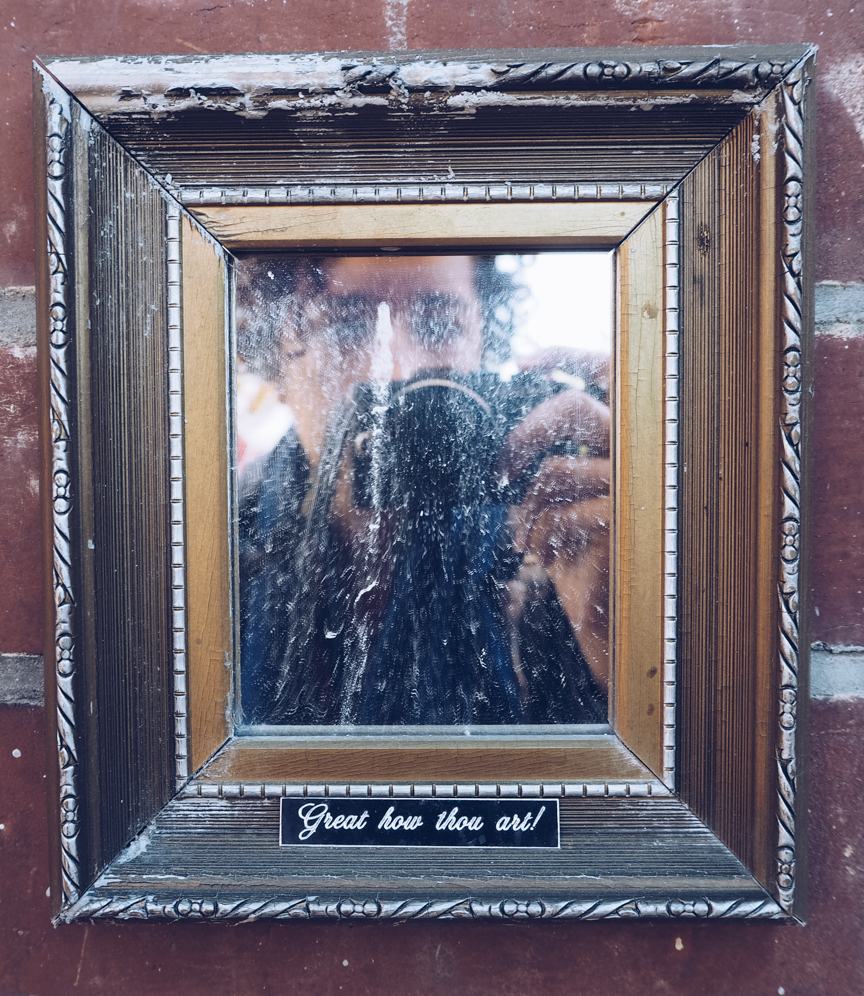 I love street art as a way of exploring a city on foot and delving deeper into a place’s personality. Christchurch’s architecture and installations encouraged me to see more than murals when looking for colour in a city, but noticing how much it’s evolved and grown in just two years made me excited to go back there in the next couple of years and see how much further its come. 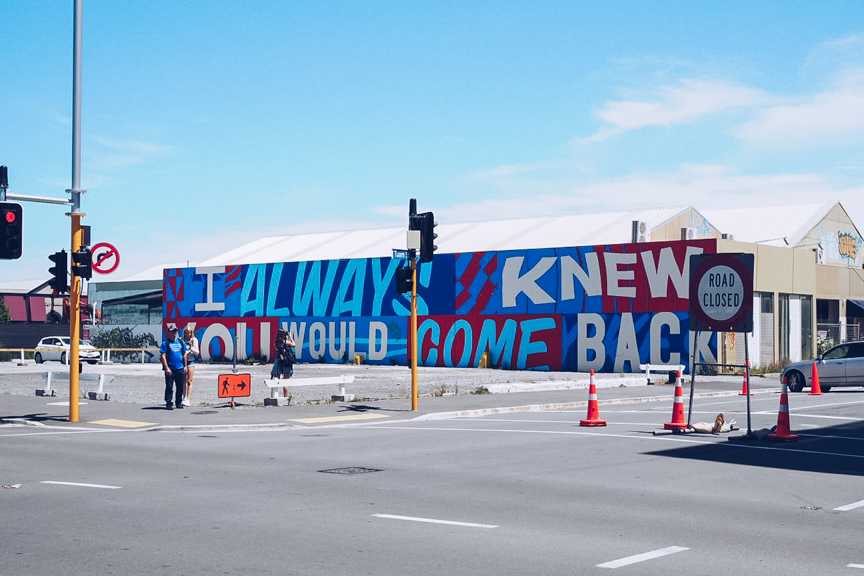 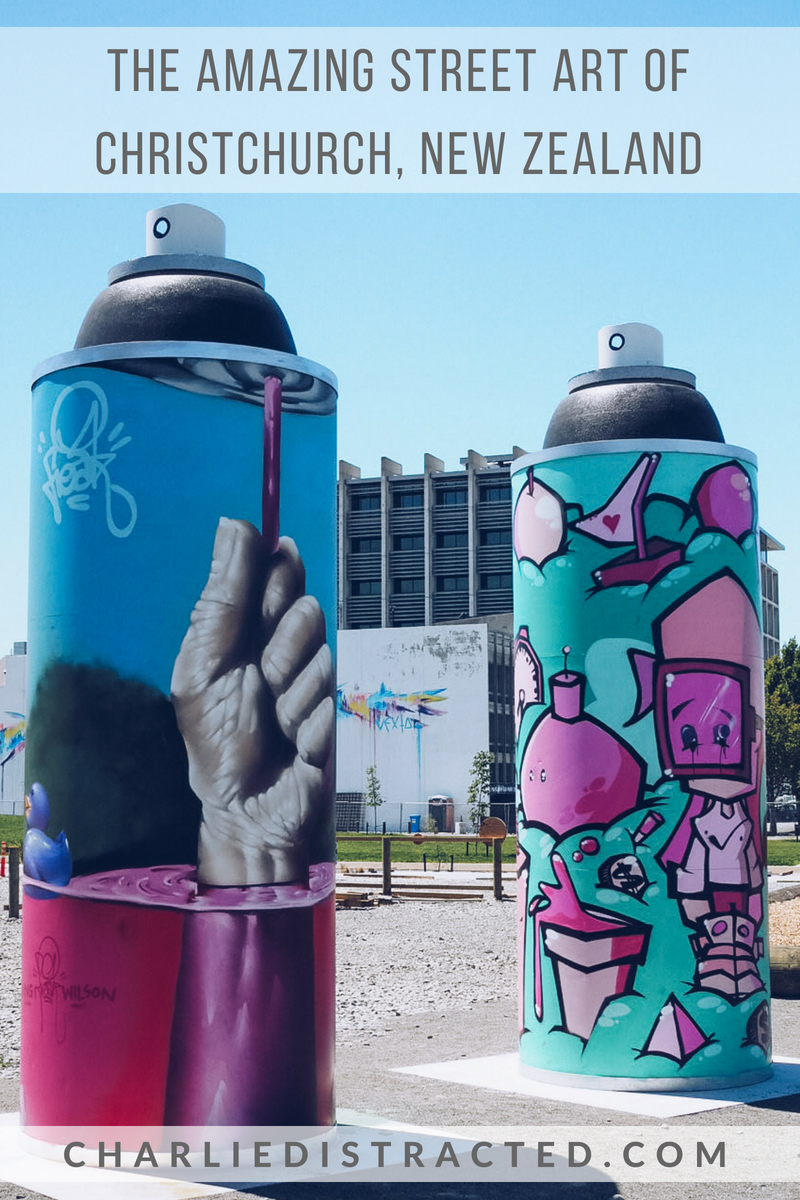