By the time we arrived in Tokyo, I was exhausted. My trip to Japan had a jam-packed itinerary, but with only stolen naps on bullet trains to make up for the onslaught of temple-seeking early mornings and sparkling sake-drinking evenings, I felt overwhelmed by the expectations I had of the capital city. 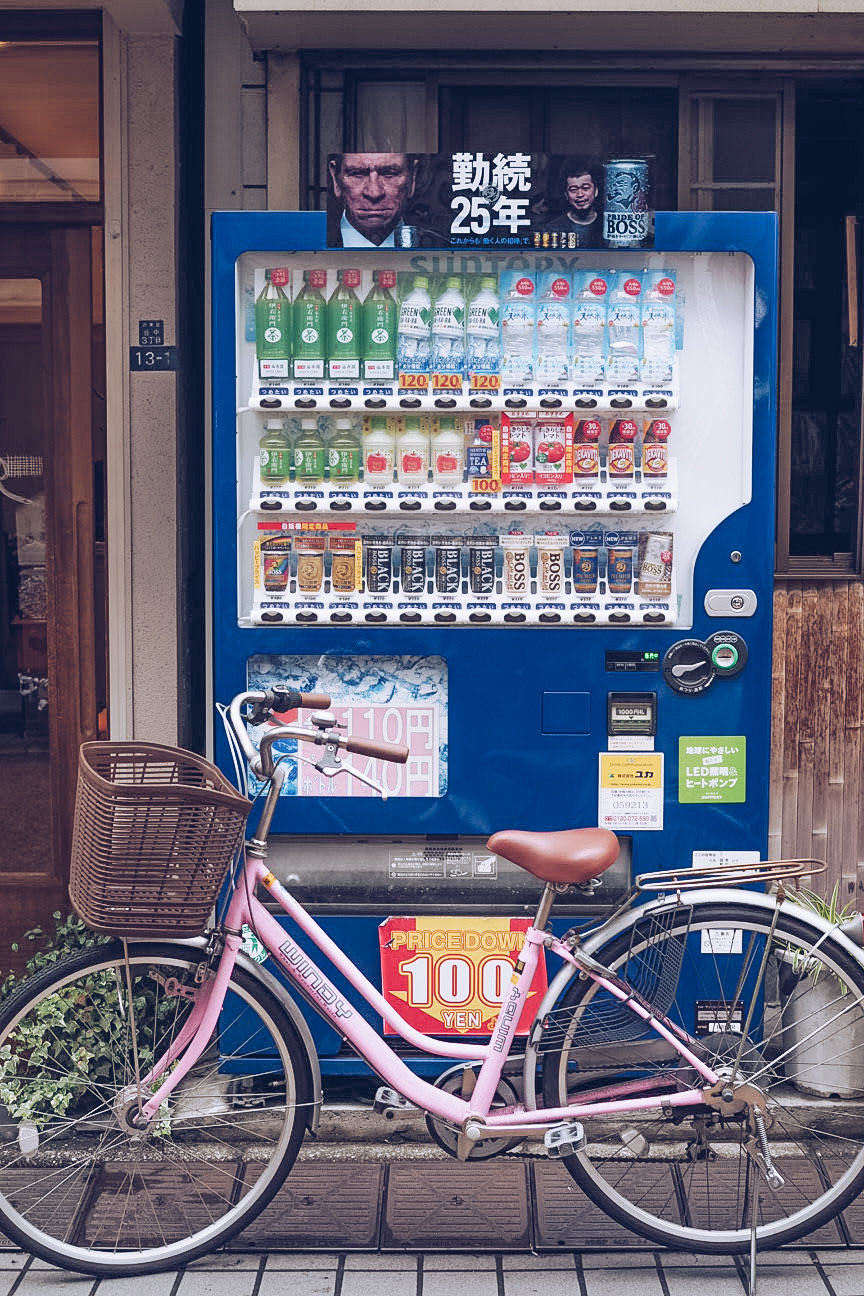 I always wonder how tourists visit my home of London in a few days, because seven years after I moved here, I’m still trying to see it all – and that’s how I felt almost immediately about Tokyo. So many neighbourhoods to explore, museums and galleries to visit, restaurants to try; but I had to settle for scratching the surface and ticking off the big tourist attractions for this trip. 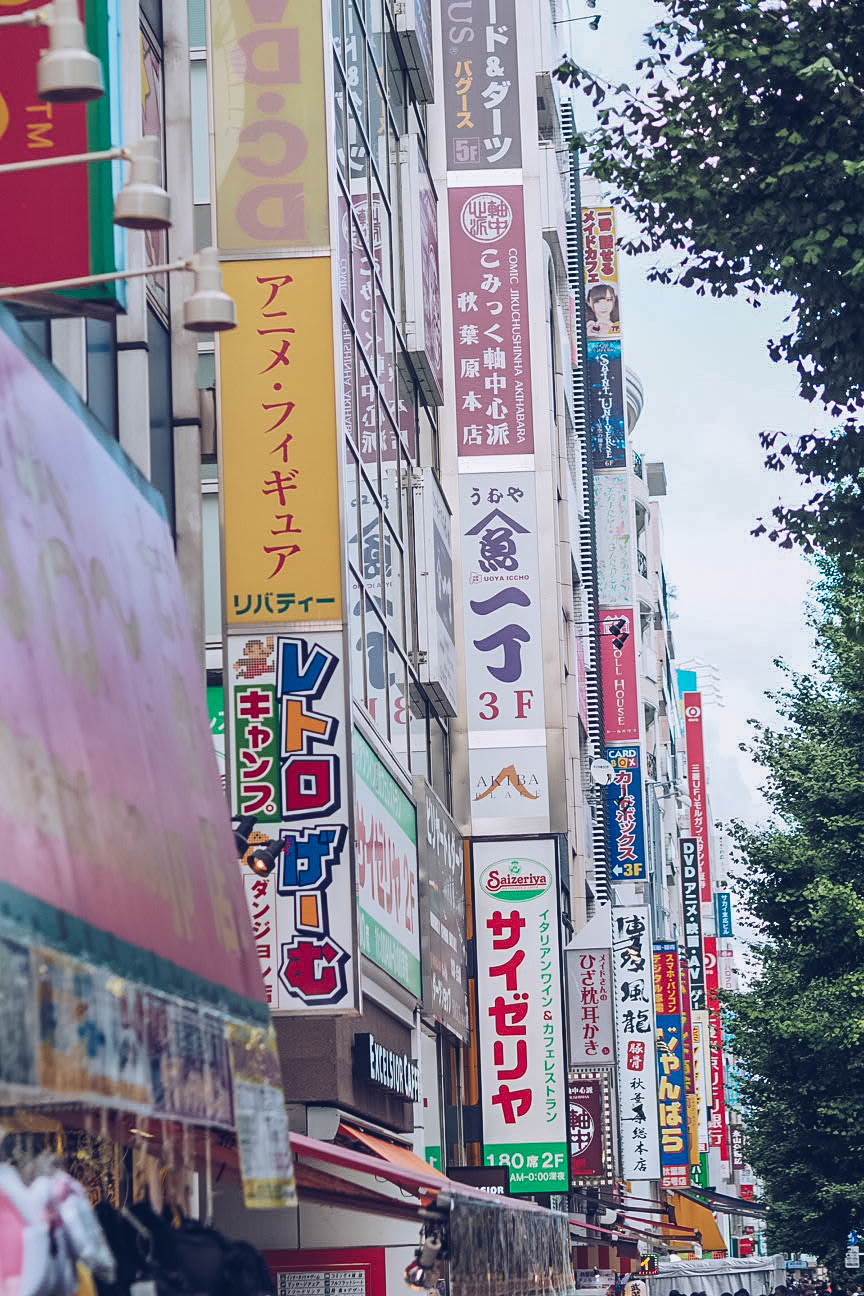 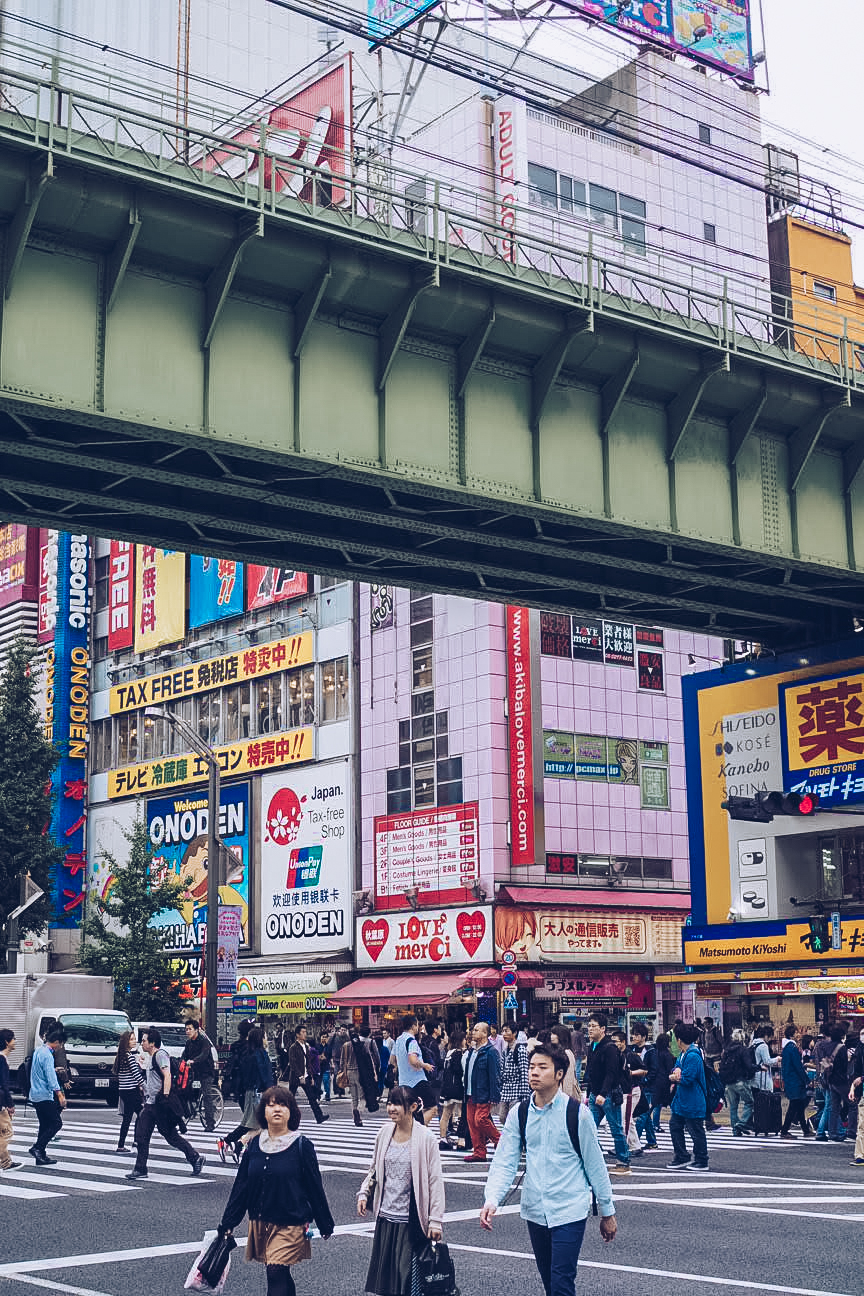 See all of my photos from Japan on Instagram #DistractedinJapan

But it meant I was struggling to get a true feel for Tokyo. By chance, it was on my last day, killing time before my 10pm flight back to the UK, that I managed to explore two neighbourhoods that completely defined Tokyo for me, showing me the exact personality I’d expected.

A morning in Yanaka

The area of Yanaka is summed up by the Japanese term ‘shitamachi’, which refers to the downtown area. These parts of Tokyo are known for being more traditional in lifestyle and appearance, and give a feel for what life was like in Japan before the  before the economic boom of the 70s and 80s. In fact, its history goes even further when you realise it somehow avoided being bombed in WWII and it survived an enormous earthquake in 1923! 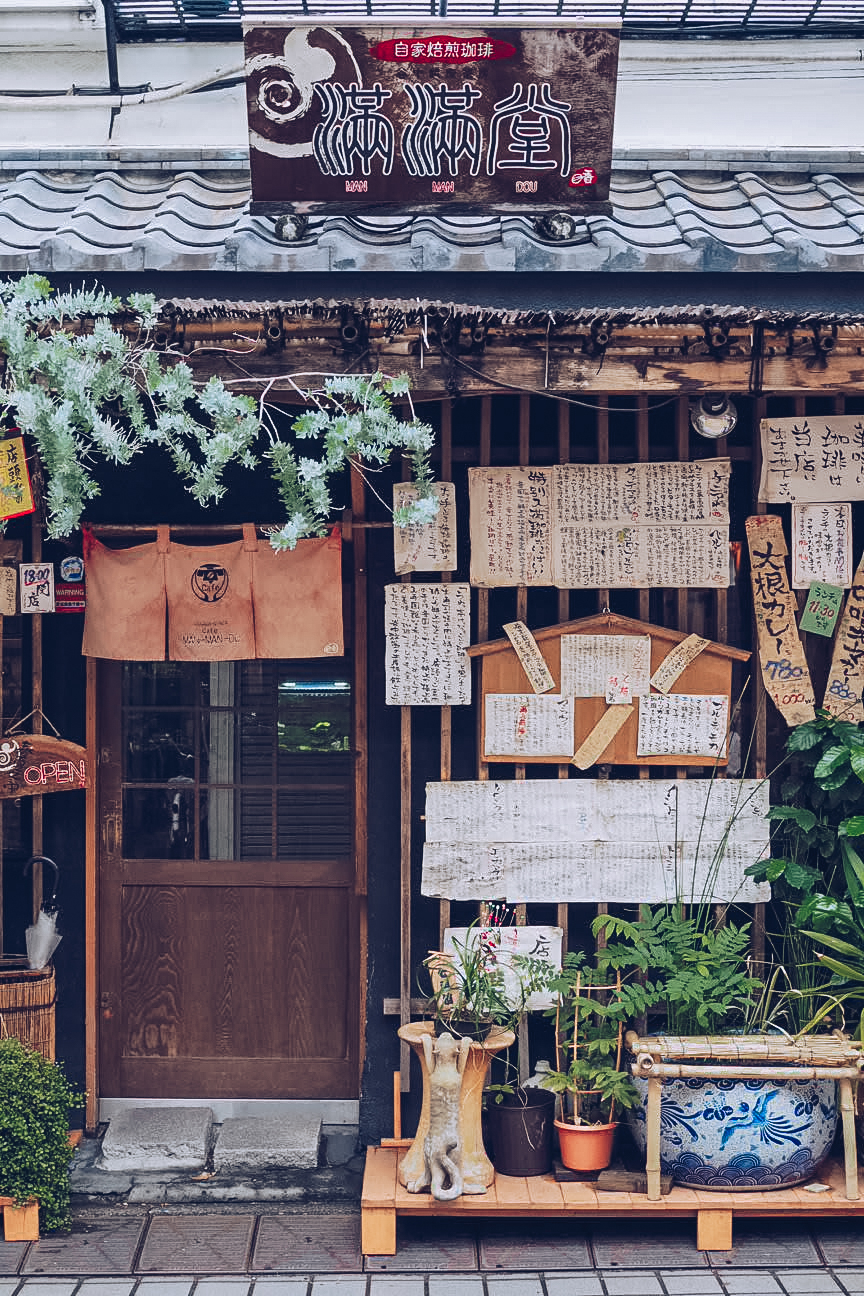 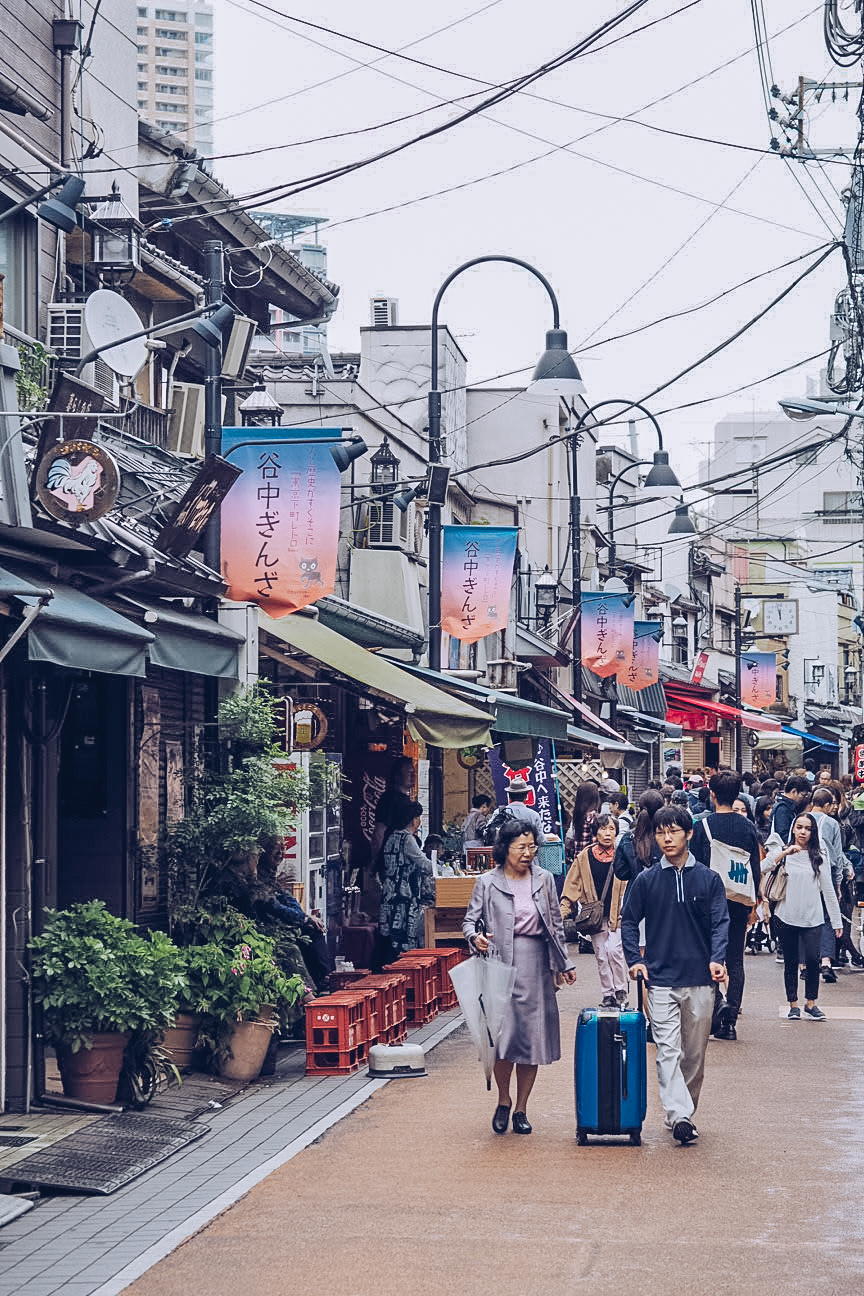 I’d anticipated that somewhere like this would be overrun with tourists, eager to snap pics of a quaint part of one of the world’s busiest cities (I lived in York for nearly four years and those cobbled streets sure bring in a crowd!), but instead it was a lightly bustling area, with just the sound of conversation and street traders once away from the subway (we got off at Sendagi station). We found a great iced coffee at the inventively named Yanaka Coffee (a nice change from the canned variety we’d been relying on from vending machines for most of the trip), and, praying the rain would hold off, headed to Yanaka Ginza shopping street. 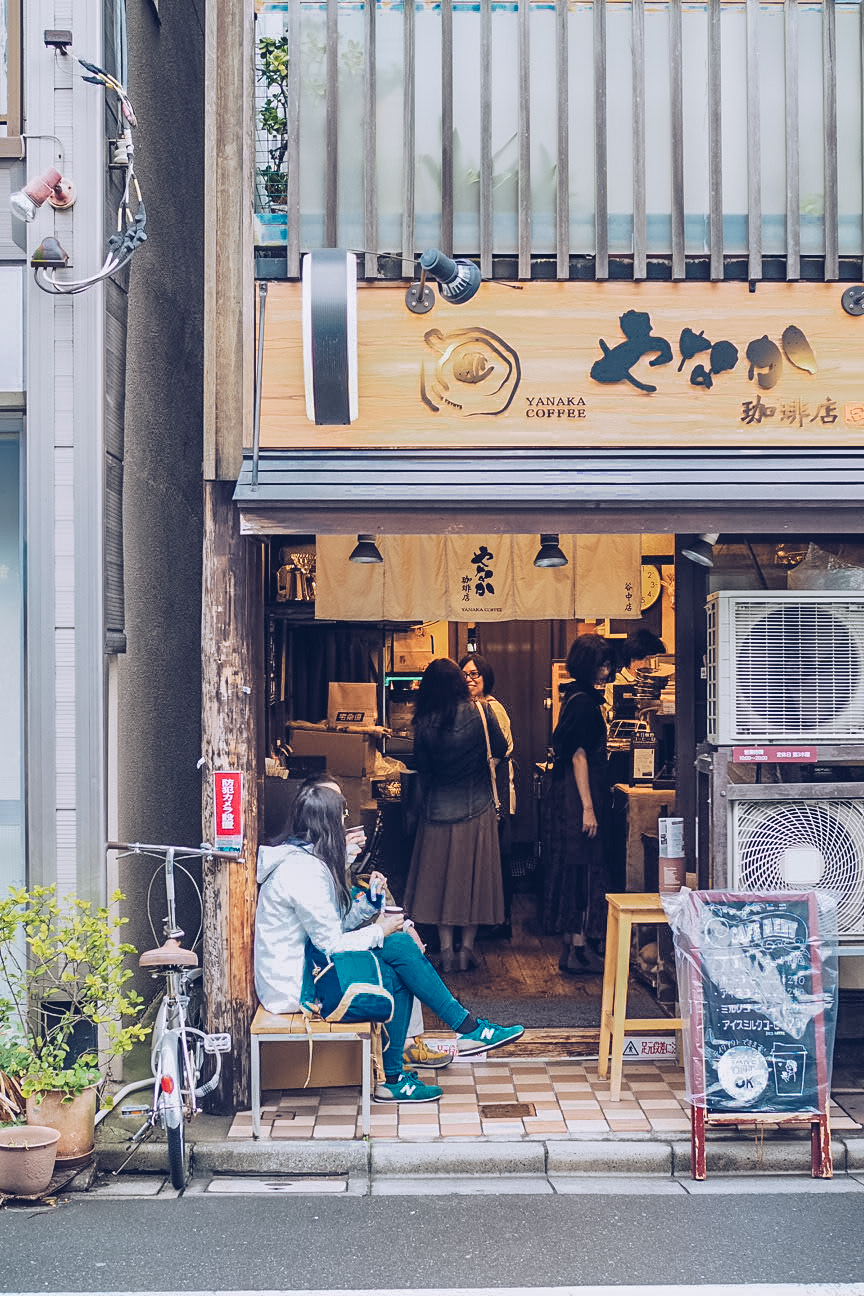 We were actually staying in Ginza, an area 7km south and literally the polar opposite of where we were. Ginza is shiny and clean; a living metropolis packed with more Prada this side of Italy than anywhere else I’ve been. Truth be told, i didn’t take to it, but Yanaka Ginza was much more my cup of matcha. Rows of grocery stalls and butchers, locals pulling up soap boxes to sit on and have a chat, and looking up, each store had a wooden sign depicting what they had for sale. 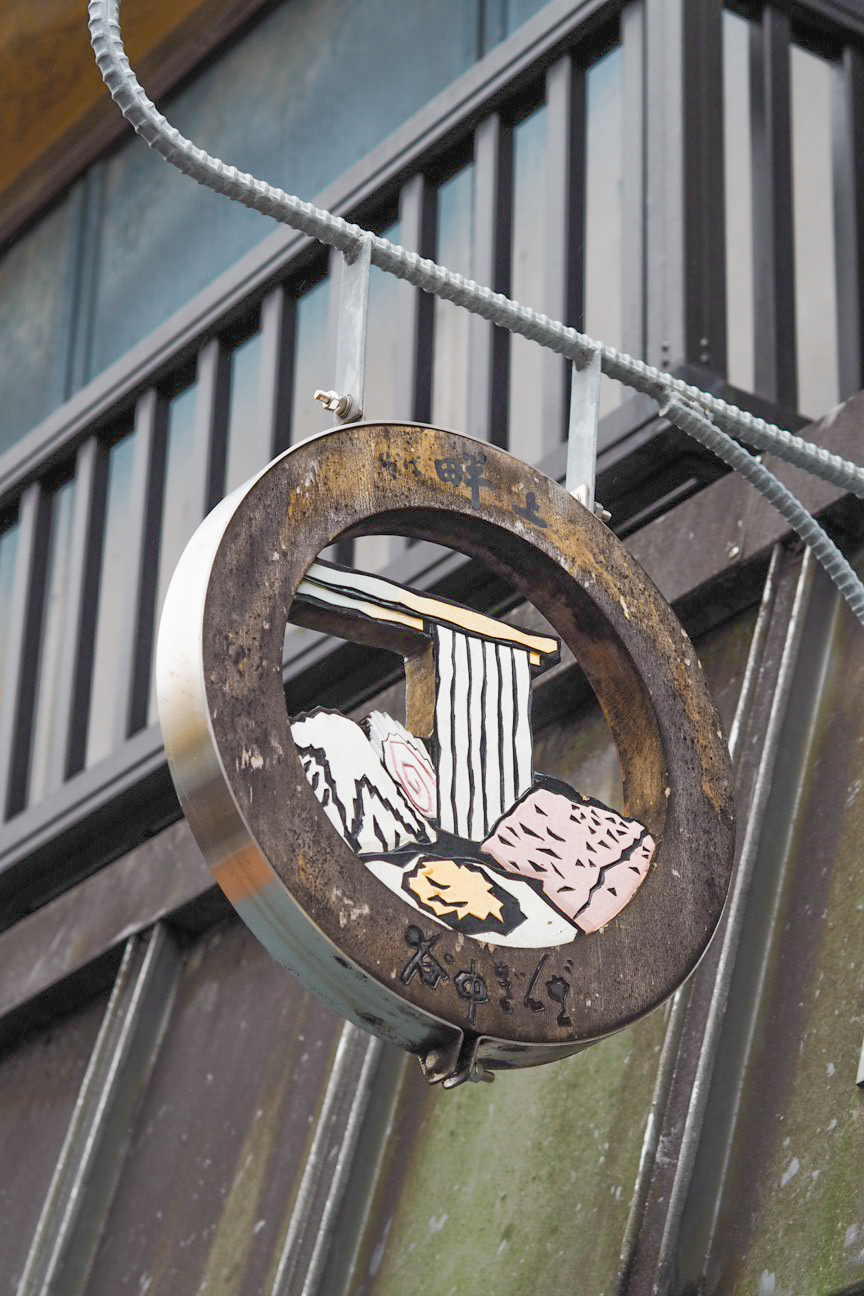 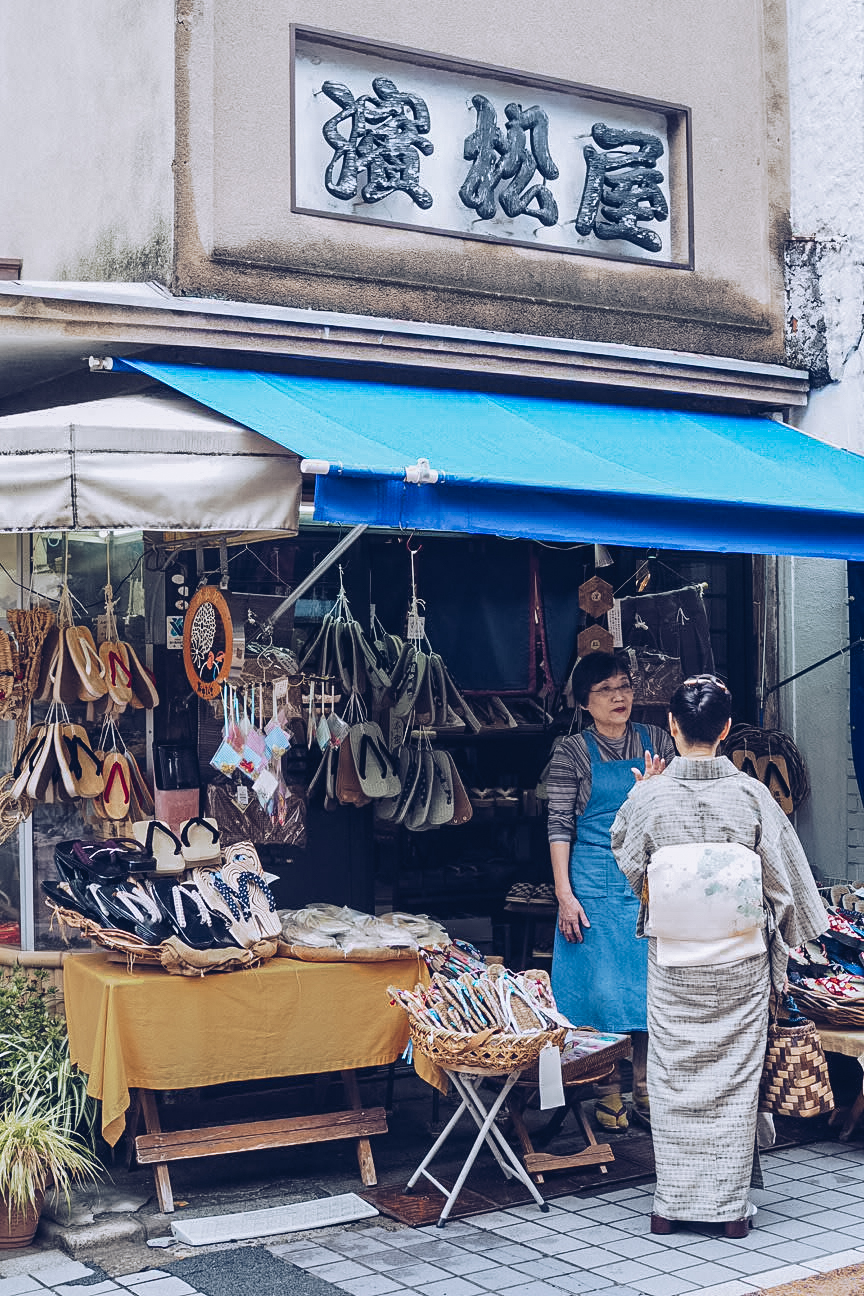 Heading towards the end of the street, we found a small queue of people waiting for one guy in a little booth to whip up ikayaki omelettes, and after learning that you really don’t have to plan where you’re going to eat in Japan to get a great meal, we placed our orders. Yakiya serves up the Osaka grilled squid dish in a savoury pancake and I bastardised mine with cheese which was a DELIGHT after over a fortnight without my favourite dairy product. Time wasn’t on our side, so we walked up the Yūyake Dandan, the Sunset Stairs, to look back down on Yanaka Ginza before heading to a completely different area of Tokyo. 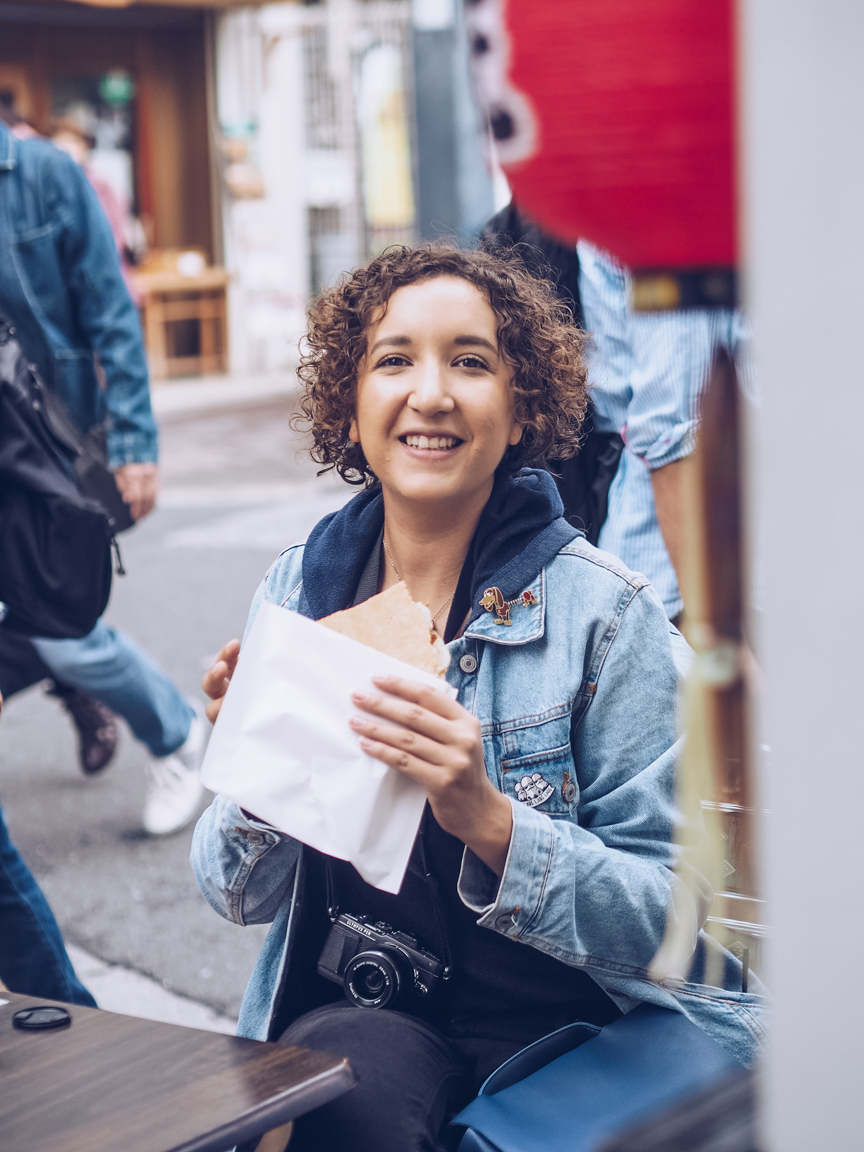 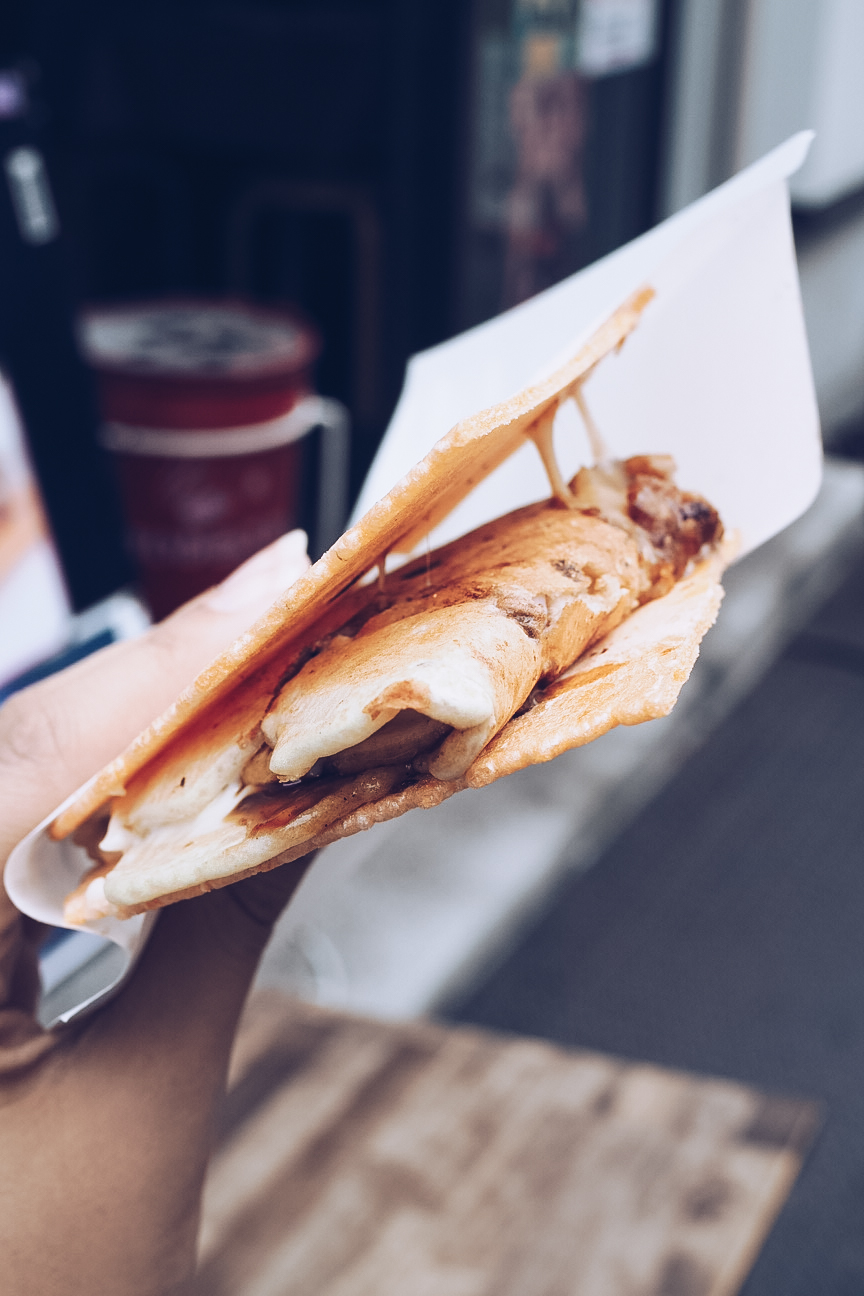 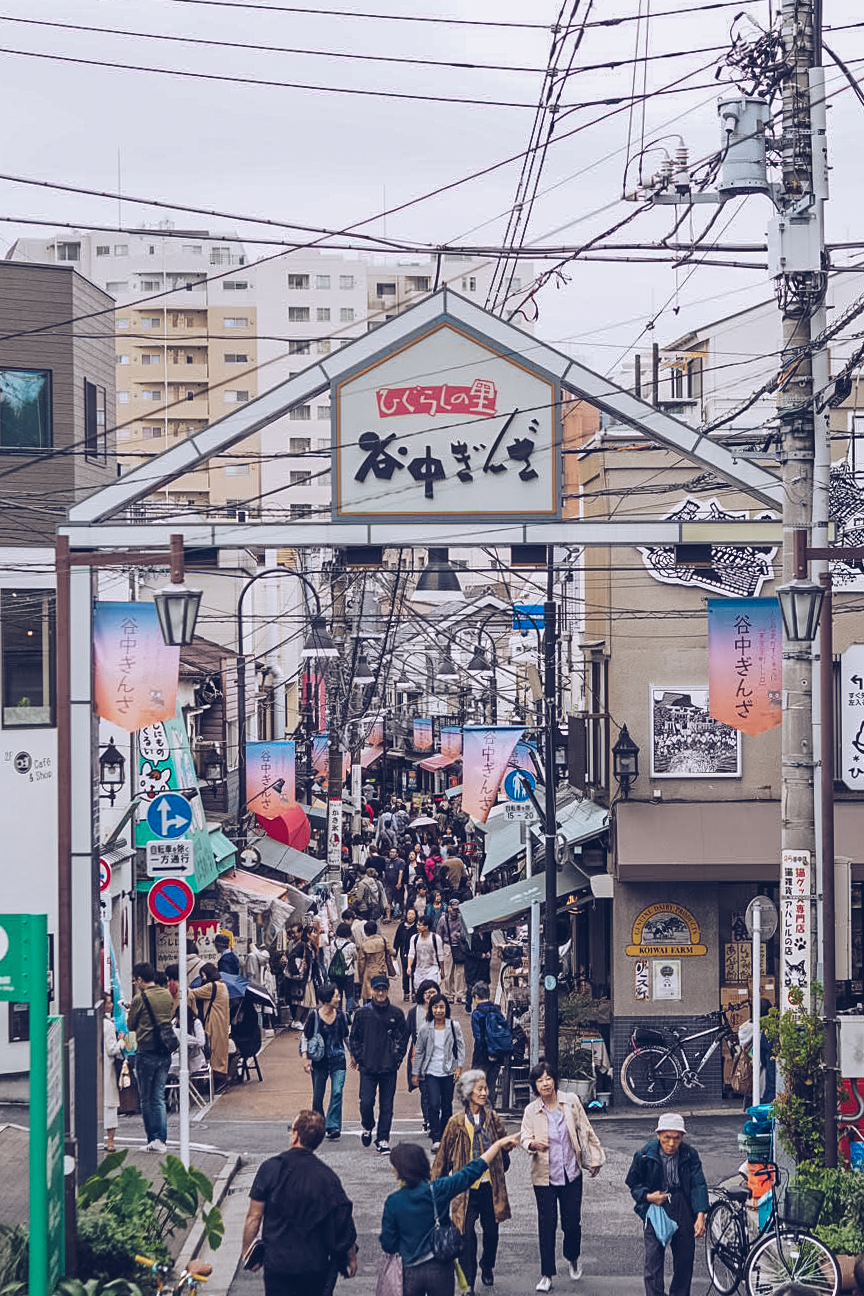 An afternoon in Akihabara

It’s the kawaii crazy area of Harajuku that gets the reputation as Japan’s colourful epicentre, but that’s really just down to the people. Akihabara is the Japan I’d been waiting to see. It’s the city’s electrics specialist, with huge skyscrapers declaring their allegiance to Sega and Nintendo amongst countless others. It is a total assault on the eyes; brash, wires everywhere, every single colour clashing. It was a shame to not see it in the evening because the neon would be incredible to see. 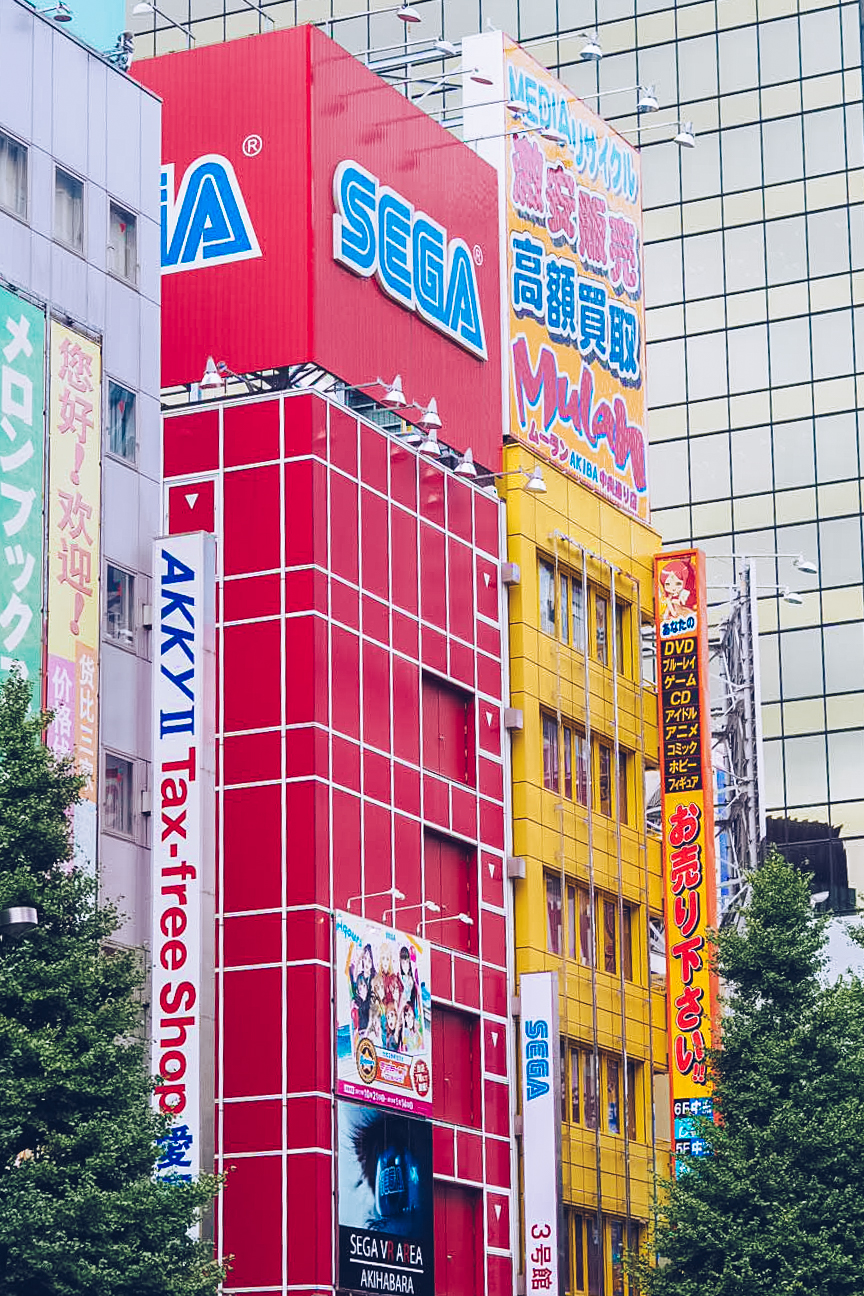 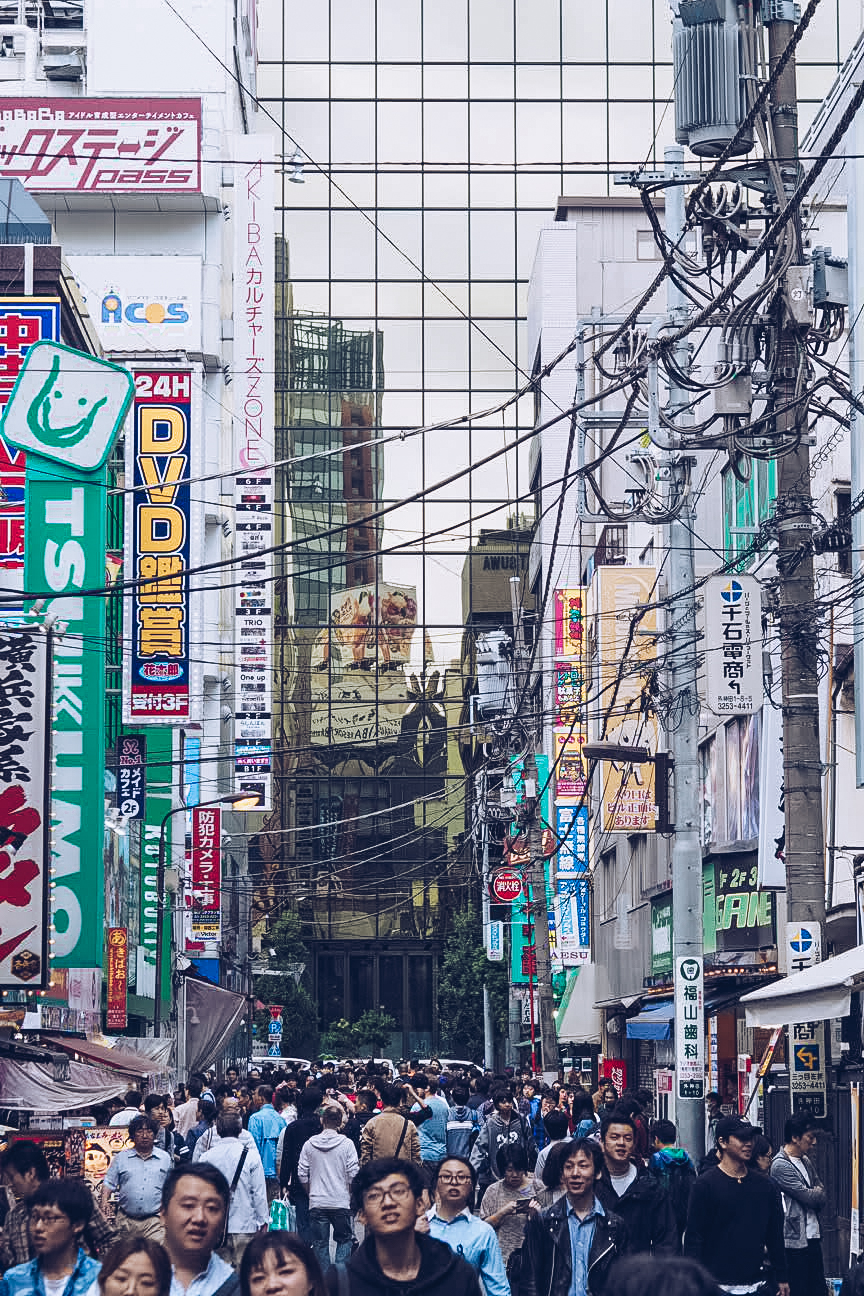 It’s the part of Tokyo that hardcore fans of niche pop culture head to in order to find all sorts of rarieties, and although the comic book stores didn’t peak my interest, they were still fascinating to visit, along with the rows and rows of arcades. From claw machines to bizarre photo boots and classic old school favourites versus games that were confusing to look at let alone play. It was such a cliche of Japanese culture without seeming fake or insincere; this really is what some Tokyoites love to do with their spare time (except the people driving around as real life Mario Karts, because I’m pretty sure that was tourists!)! 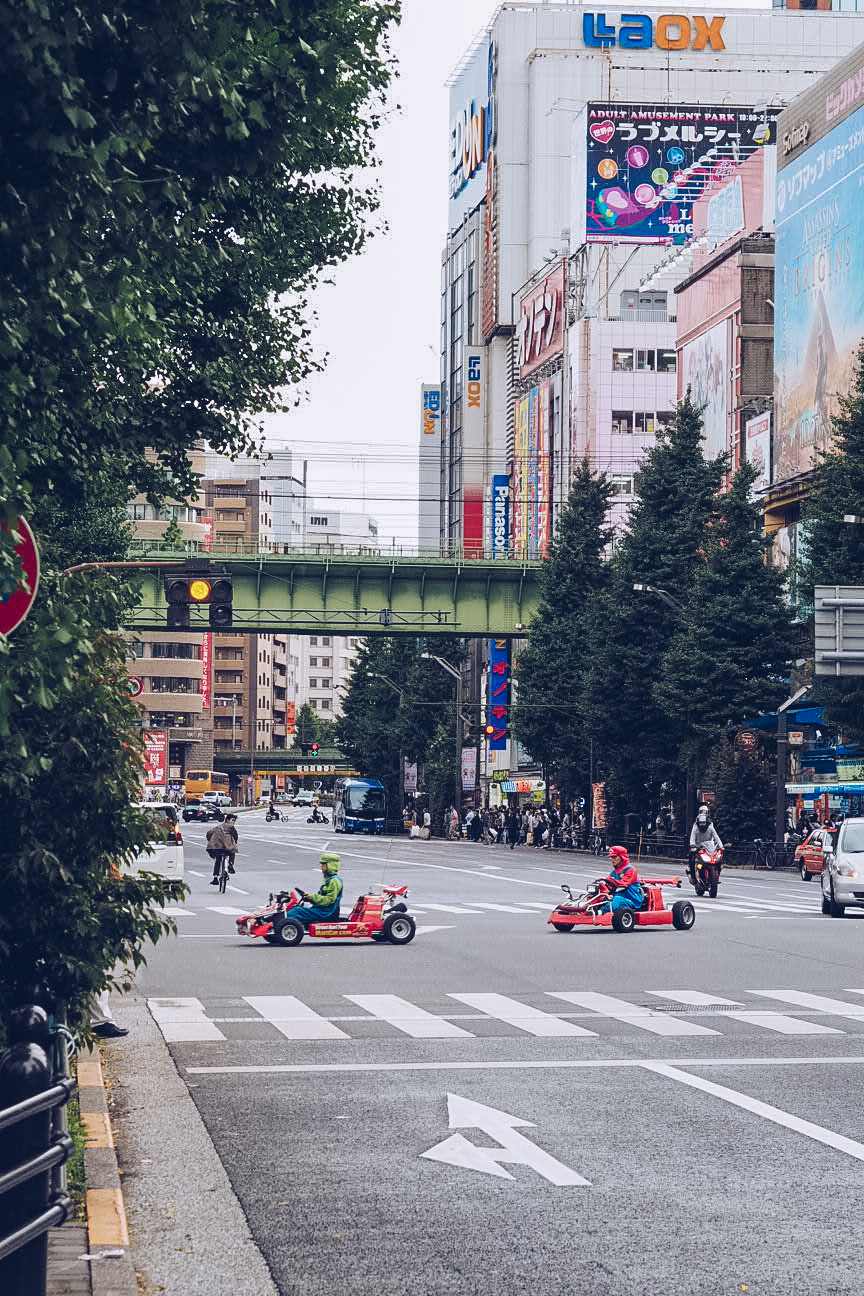 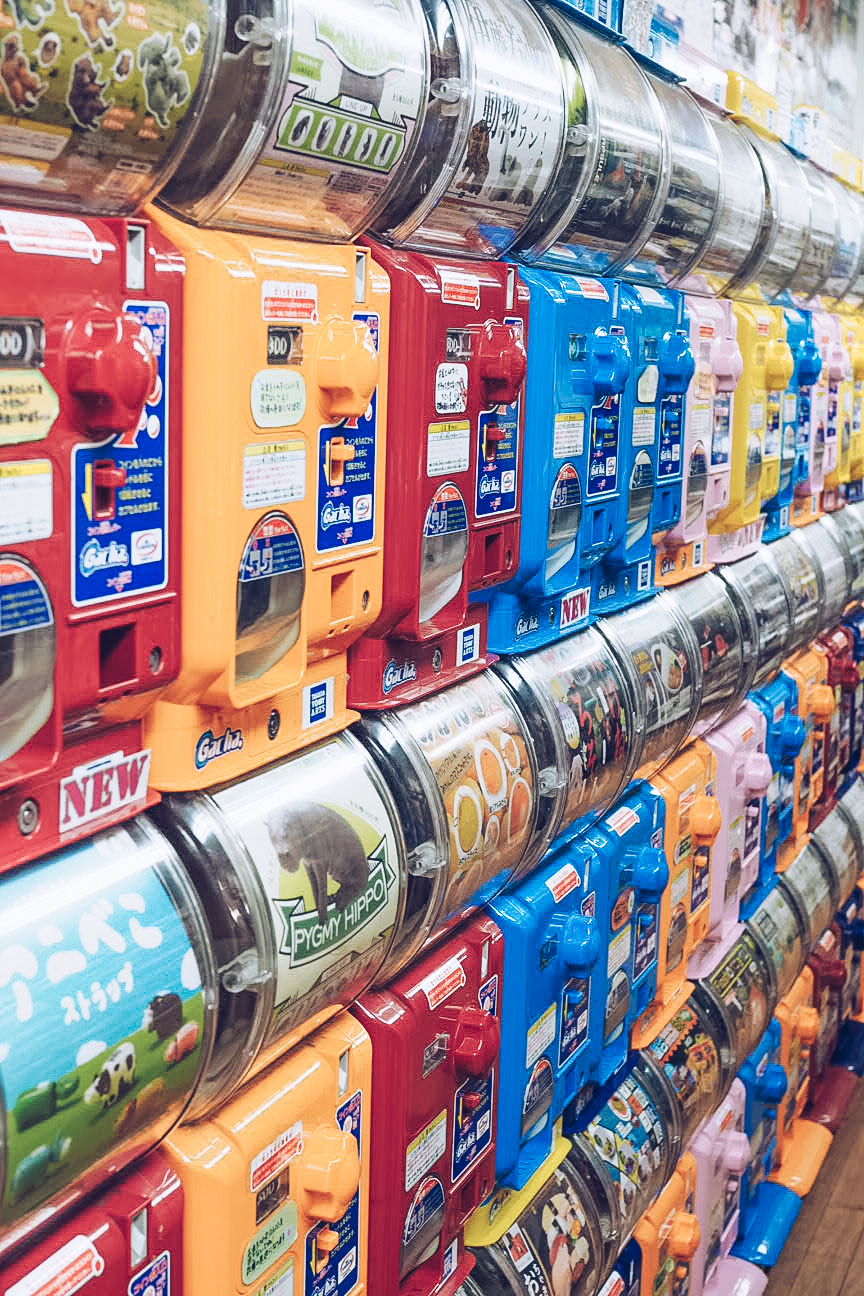 However, I’m not sure how I would’ve reacted to some of the…quirkier sides of Akihabara had I been there in the evening. On every corner, are young women dressed as maids, handing out flyers to get people into the plethora of themed cafes around the whole area. As it seemed pretty ridiculous and kind of harmless, Katy and I decided to pay up and see what it was all about. I would expect that if you find anything slightly out of your realm of normal, especially in terms of sexual preferences, uncomfortable, then good lord do NOT go to one of these cafes. There were people who were really not happy about these young, consenting women acting like innocent young girls in front of them, but instead of being offended or embarrassed, I chose to see the hilarity of the situation. It was SO out of my comfort zone and just never something I would ever normally do that it made it completely surreal and now I’ve done it, I absolutely don’t need to do it again! 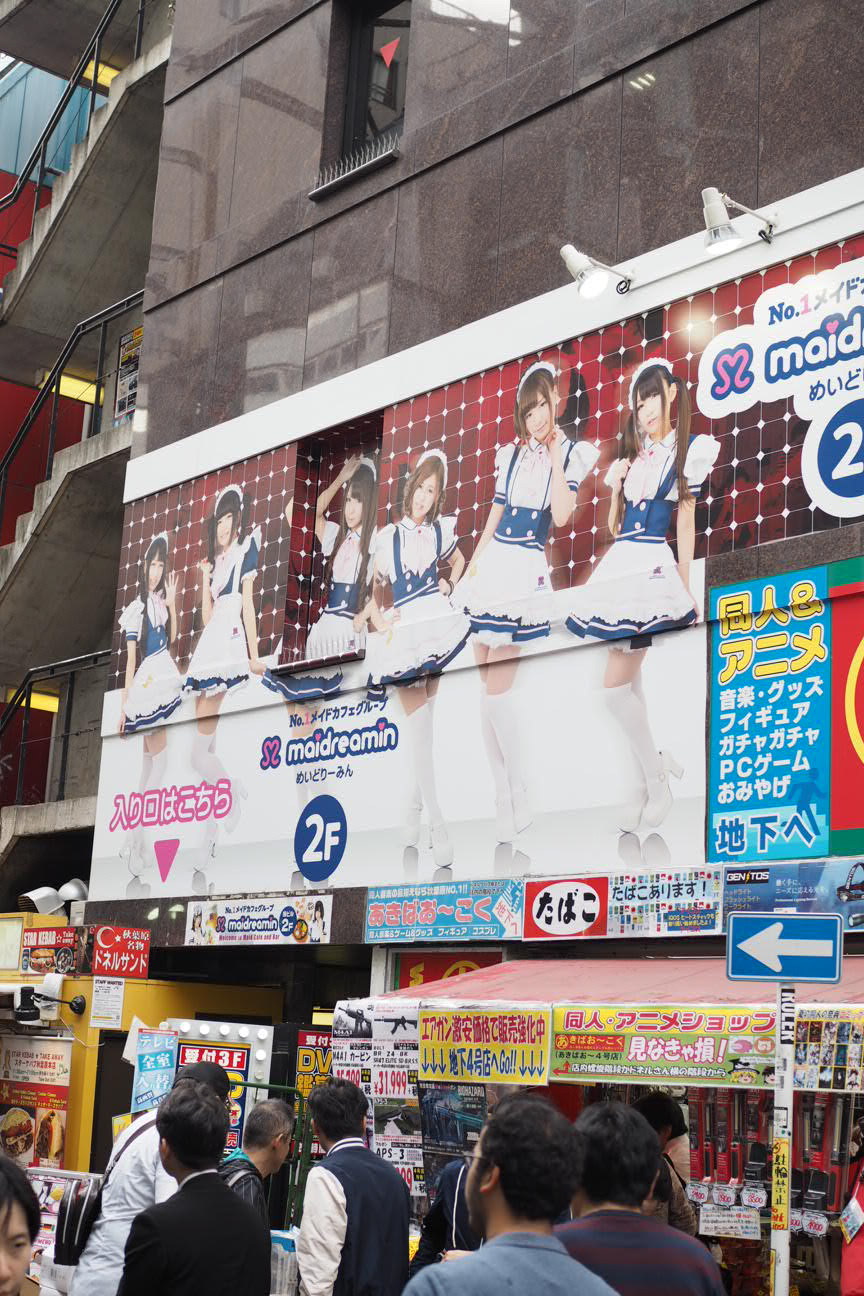 What a way to finish my time in Japan: seeing a realtively quiet, traditional neighbourhood, followed by everything I’d anticipated the country to be in one fell swoop. Tokyo is such a city of contrasts, and somehow, I managed to see two sides of one story in just one day.