You’ve been drawn in by the amazing street art, but now you need to know what to do in Ostend beyond discovering amazing murals.

Just 15 minutes on the train from Bruges, Ostend is dwarfed in notoriety by its famous neighbour, but it’s a favourite for Belgian families trying to escape the hustle and bustle of busier cities. The introduction of Europe’s largest street art festival, The Crystal Ship, two years ago has meant a steady introduction of visitors from further afield, and the town is a treasure trove of amazing murals to explore. But it’s not just public artwork to see there; if the sun is out in Belgium and you want to escape your traditional city break for a day at the seaside, then this is what to do in Ostend.

Arriving by train from Bruges, take a short walk into the centre of Ostend,  walk through a busy market square and past numerous bakeries before reaching De Familie Jansen Kaffiebar. There’s a number of coffee shops that are trying to cater to the inevitable hipster crowd brought in by The Crystal Ship, but the emphasis seems to be more on aesthetic rather than a decent brew, especially as most of them don’t open until after 10am (which drove this caffeine addict mad on an early Sunday morning!). DFJK is cute AND serves up a pretty good flat white, so don’t forget your reusable cup and take yours to go.

10.30am: Explore the area of Sint-Petrus-en-Pauluskerk 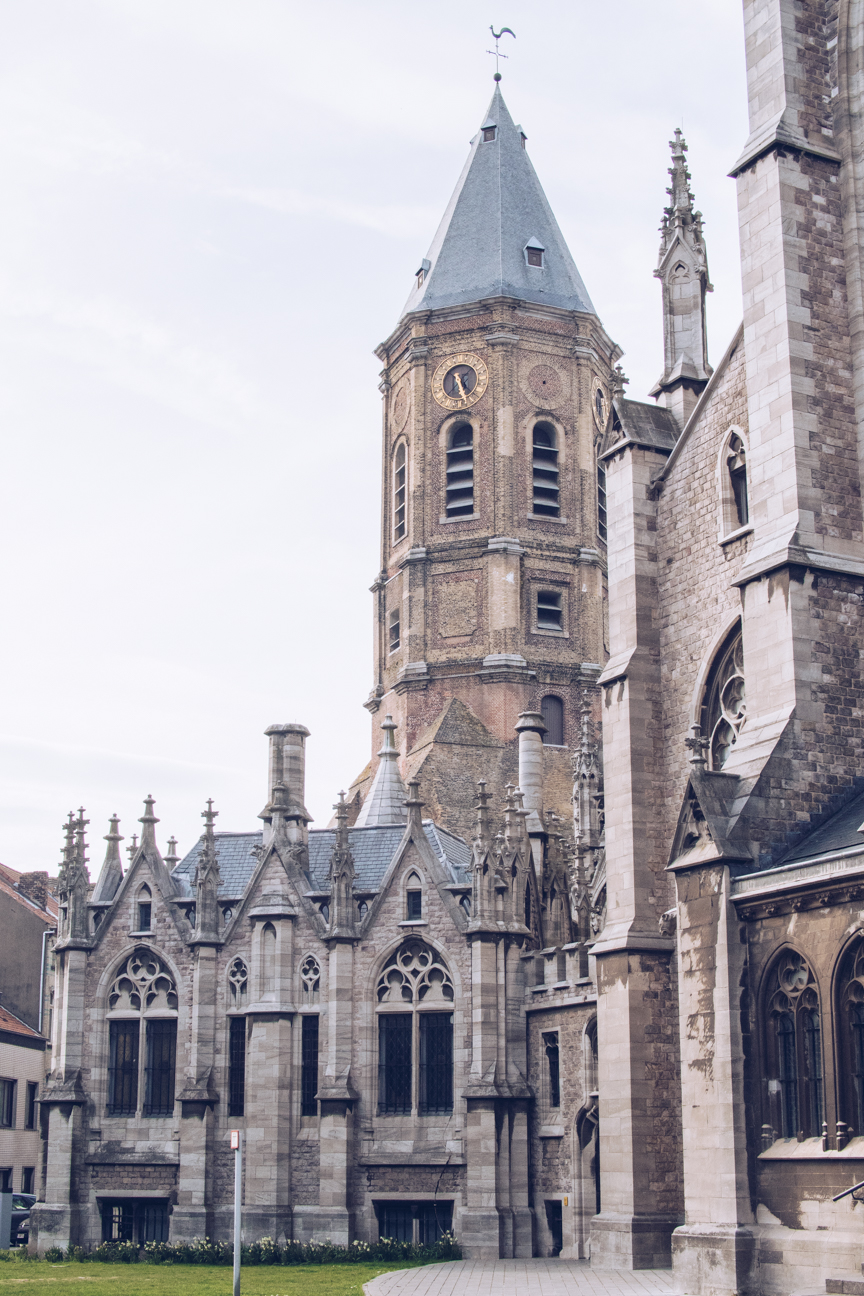 The main church of Ostend stands proud close to the train station and overlooking the main harbour. It’s that awesome Neo Gothic style that makes you feel tiny and a little intimidated by glaring gargoyles and spires that pierce the sky above. Built on the ashes of a previous church which had burnt down in the last century, it’s easily the most impressive building in Ostend. The area behind it is a warren of narrow terraced houses, interspersed with tiny cafes and the odd bar and one or two extremely colourful building which was totally unrelated to the street art festival elsewhere in the town! 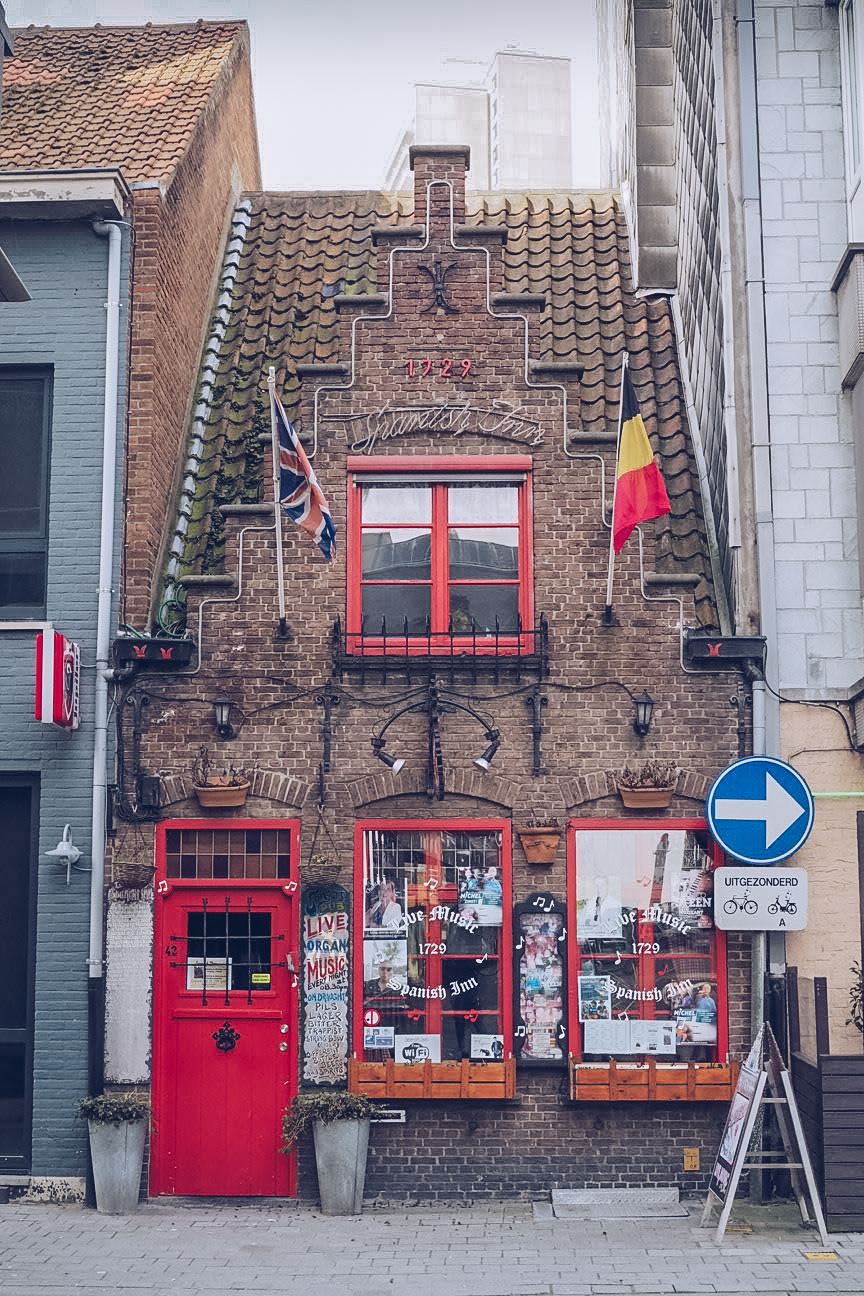 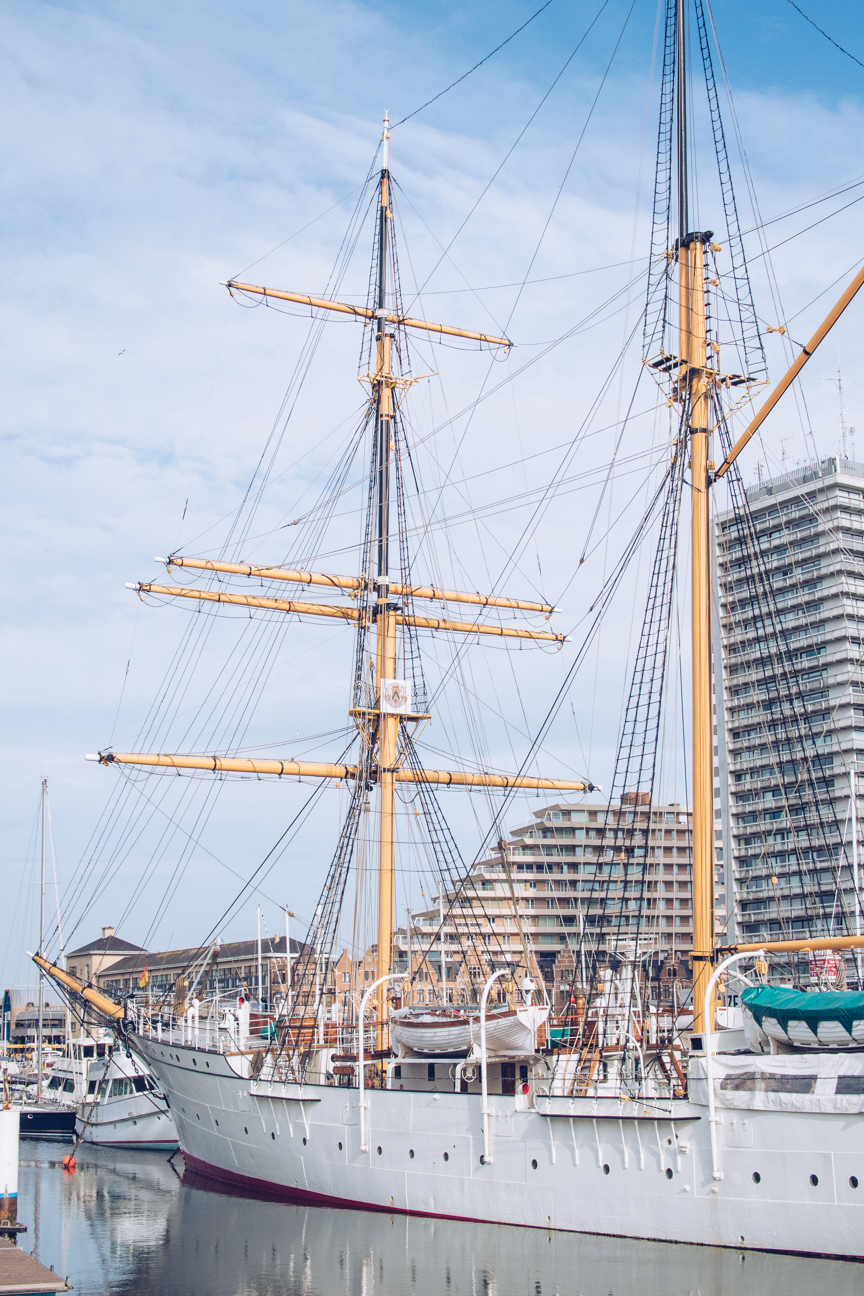 For a small town, Ostend packs in a lot of cultural reference points. You can head down to the harbour and grab a free ferry over to Fort Napoleon if historical re-enactments are your sort of thing (I was an accidental witness of a gun salute from there whilst hunting for more street art and I’ve never jumped so high in my life!), but if time is tight and you want to stay in the main area of Ostend, the Mercator ship is easy to reach on foot. You can’t miss it as it towers above the personally owned yachts moored up around it, and for €5 you can take a tour to understand where and how far it’s sailed since it was built in 1936.

Find it at: Mercator, Mercatordok, 8400 Oostende

If a quick peek of the outside of the ship is enough for you, you can carry on walking down to Mu.ZEE, a prominent gallery for Belgian art. Of course, we’re blessed here in London to have a number of free museums which isn’t the case across most of the world, but it is only €9 to get in and see all of the exhibitions across multiple floors so it’s well worth having a look around, especially if the weather isn’t on your side.

I was a little disappointed by some of the food I’d found in Ostend, following the trend of the coffee shops that cared more about what they looked like than what they were serving (Mommy’s Bastards, I’m looking RIGHT at you). Thankfully, I had lunch at Sanseveria which turned my foodie frown upside down, with a toasted sesame bagel full to bursting with bacon, brie and walnuts with a freshley squeezed orange juice on the side. The service was attentive and polite, and it’s pretty much smack bang in the middle of the harbour and the sea front.

Find it at: Sanseveria, Wittenonnenstraat 36, 8400 Oostende

2pm: Cycle along the promenade

Once the strongest of the midday sun has passed, it’s much more pleasant to hire a bike and cycle along the promenade providing easy access to a number of Ostend’s beautiful beaches. Whilst you’ll find plenty of families with buckets and spades, creating sandcastles and braving the North Sea, there’s a slightly more chilled out vibe with the older generation making the most of the rows of neat, white beach huts. Buy an ice cream (or a waffle, because you are in Belgium after all!) and watch the world go by. Don’t forget to look out for the house Marvin Gaye used to live in; it’s where he wrote his most famous song, Sexual Healing! 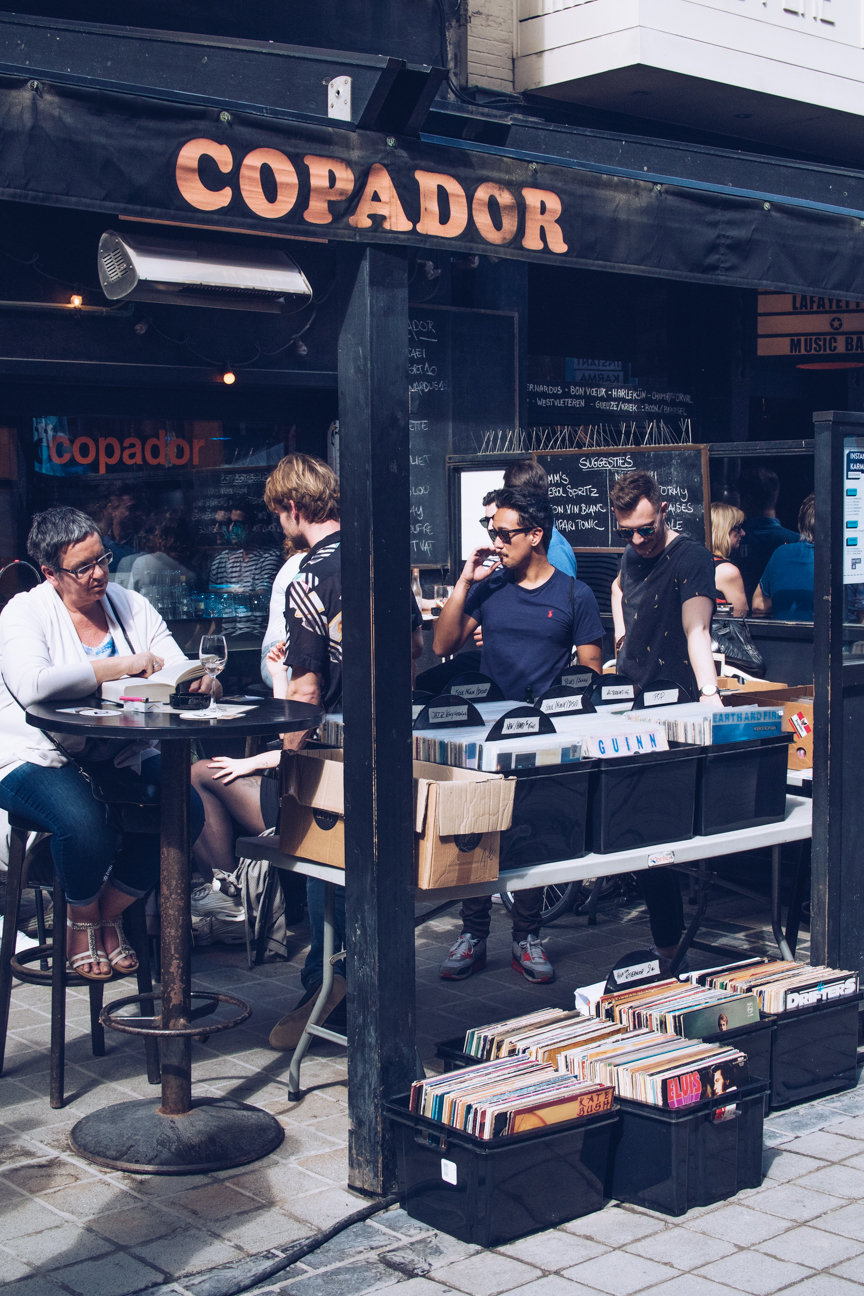 After catching some sun and returning hire bikes, I moved away from the tourist trappings of the promenade and while waiting for the throngs of families to finish up their meals and make way for my rumbling stomach, I propped up outside Copador, just behind the tourist information centre near the well-known casino building. On this particular weekend, Copador were not only selling a variety of Belgian beers but also had a DJ and vinyl for sale out the front – dangerous for someone like me who had travelled by Eurostar and have loads of luggage allowance!

I was expecting an abundance of moules et frites in Ostend, but it’s actually shrimp croquettes that the restaurants here specialise in. Sea-facing eaterie, Toi Moi et la Mer (that’s ‘you, me and the sea’ in French) served up an excellent version of this which was double the size I was expecting and coated in crisp, flaky breadcrumbs. I had the fish of the day (which wasn’t directly translated on the menu but I think it was hake?), served with a crunchy, oily skin on top of creamy mushroom sauce and whipped potatoes and watched the sun start to set over the sea. If I hadn’t been travelling on my own, it would’ve almost been romantic.

I love to add on a day trip to a city break in order to see more of a country, and Ostend’s coastline shows a side of Belgium you rarely see, all just 15 short minutes by train from Bruges.

More posts on city breaks you can get to by travelling on Eurostar:

Craft Beer Tasting at Hof Ten Dormaal Brewery, Leuven
One Day in Paris: Where to Eat Breakfast, Lunch and Dinner
The Four Biggest and Best Thrill Rides at Disneyland Paris