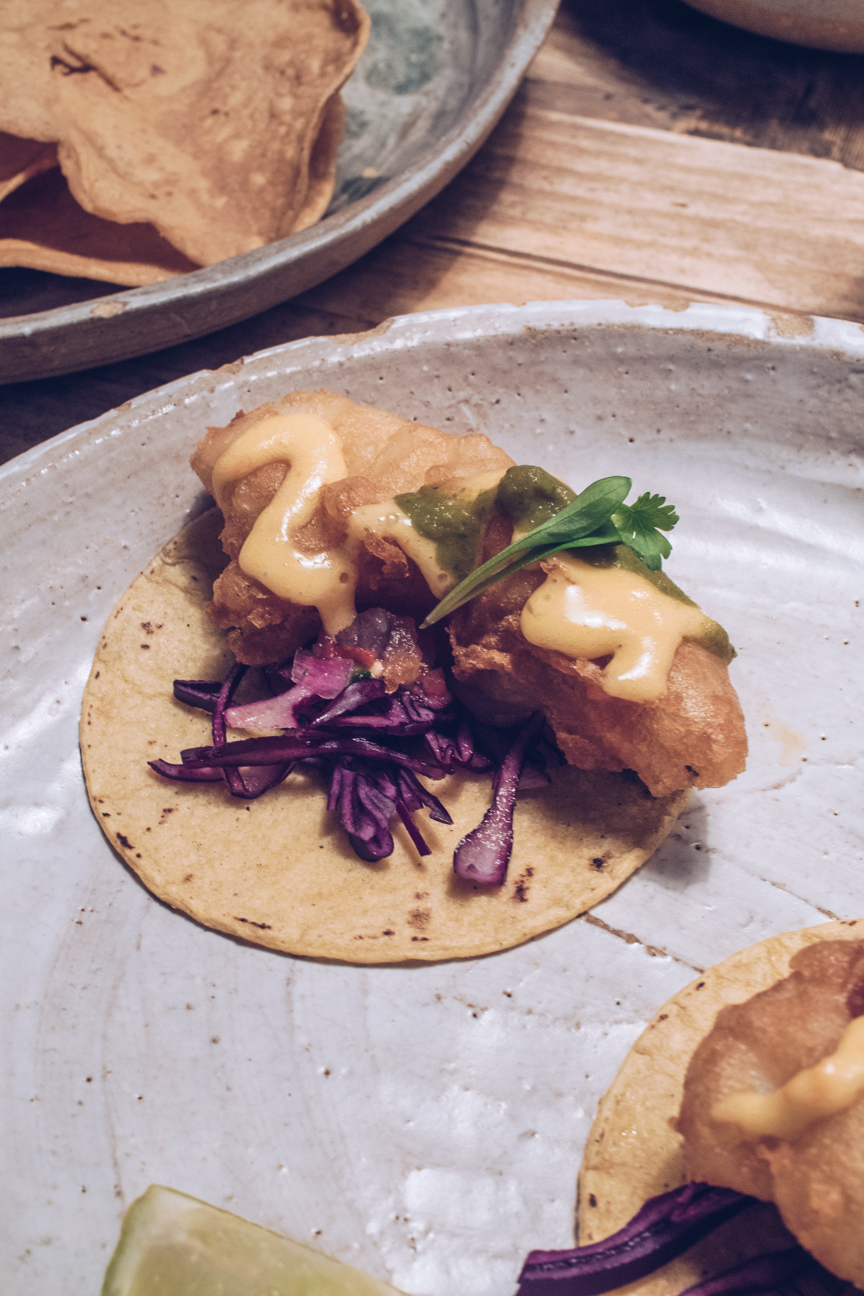 For a modern take on tacos and a step up from London’s other Mexican chains, you need to make a reservation at Breddos.

I bang on about how I don’t like sharing food, but I feel I need to be specific when making such a bold claim. I love tapas, sharing plates and whatever else you want to call mini portions intended for consumption by multiple people, but only with people I know, otherwise I get The Fear that I won’t have enough to eat. I’ve surrounded myself with fabulous friends who understand the sentiment of ‘order far too much…just in case’, and that’s how I ended up ordering two queso fundido at Breddos in Carnaby Street.

But let’s start at the beginning. Breddos, like numerous other London restaurants, started life as a street food vendor, but such was their popularity that they now have two bricks and mortar places, and I settled in for a late lunch at their Carnaby Street outpost. My knowledge of Mexican food is limited at best, with my experience pretty much centred around Wahaca (which you cannot deny is a delicious bargain 99% of the time), but I know a margarita, so I ordered a frozen one and tried to whittle down the menu. 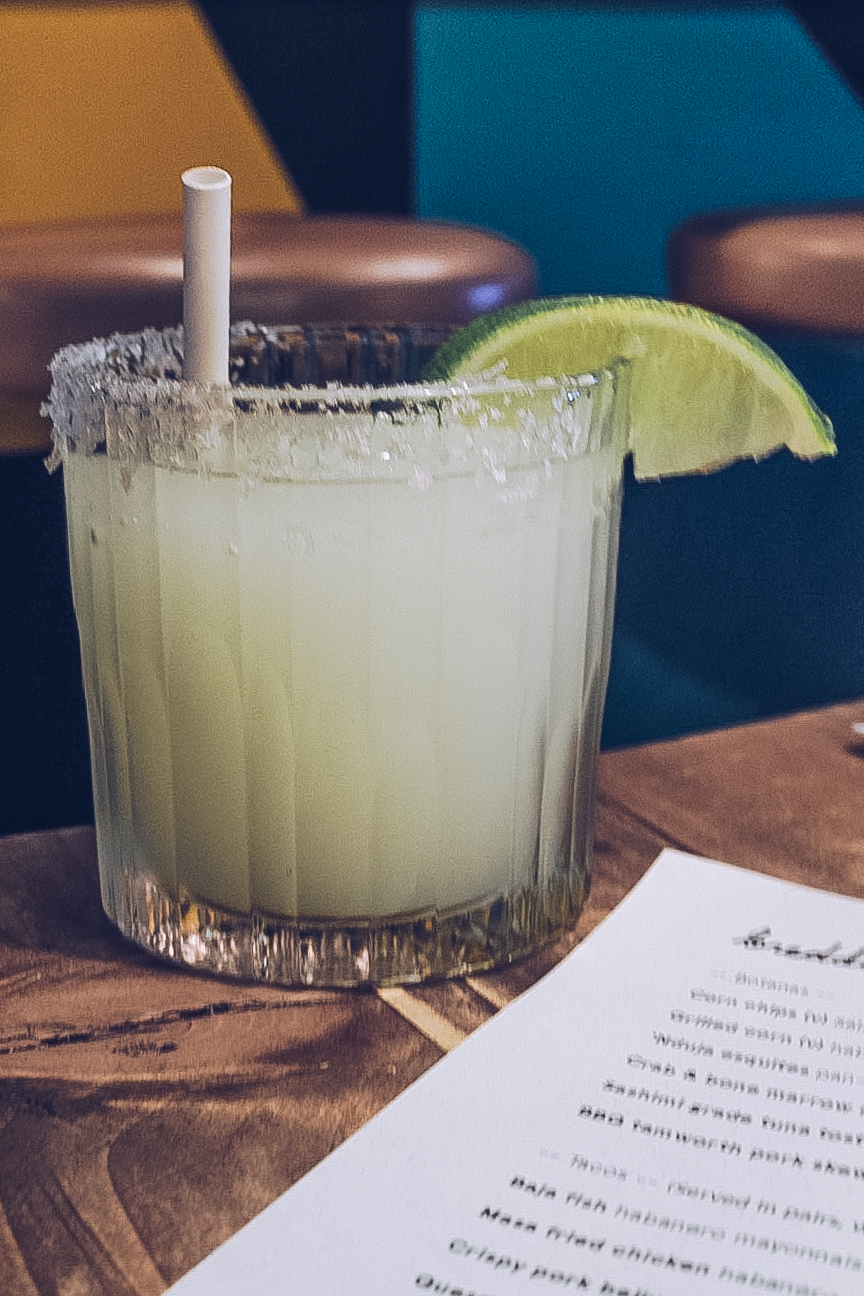 Tacos are what Breddos are best know for so I started safe with the masa fried chicken (masa being a gluten free flour that the tortillas themselves are made with). It’s very much coated in a batter shell rather than breadcrumbed, meaning all of the chicken flavour comes from the habenero mayonnaise and the spicy pico de gallo salsa. It was a pleasant element of heat that was easily put out with a sip of frozen margarita. Easy enough that I ate both of the decent portioned tacos on my plate without really coming up for breath. 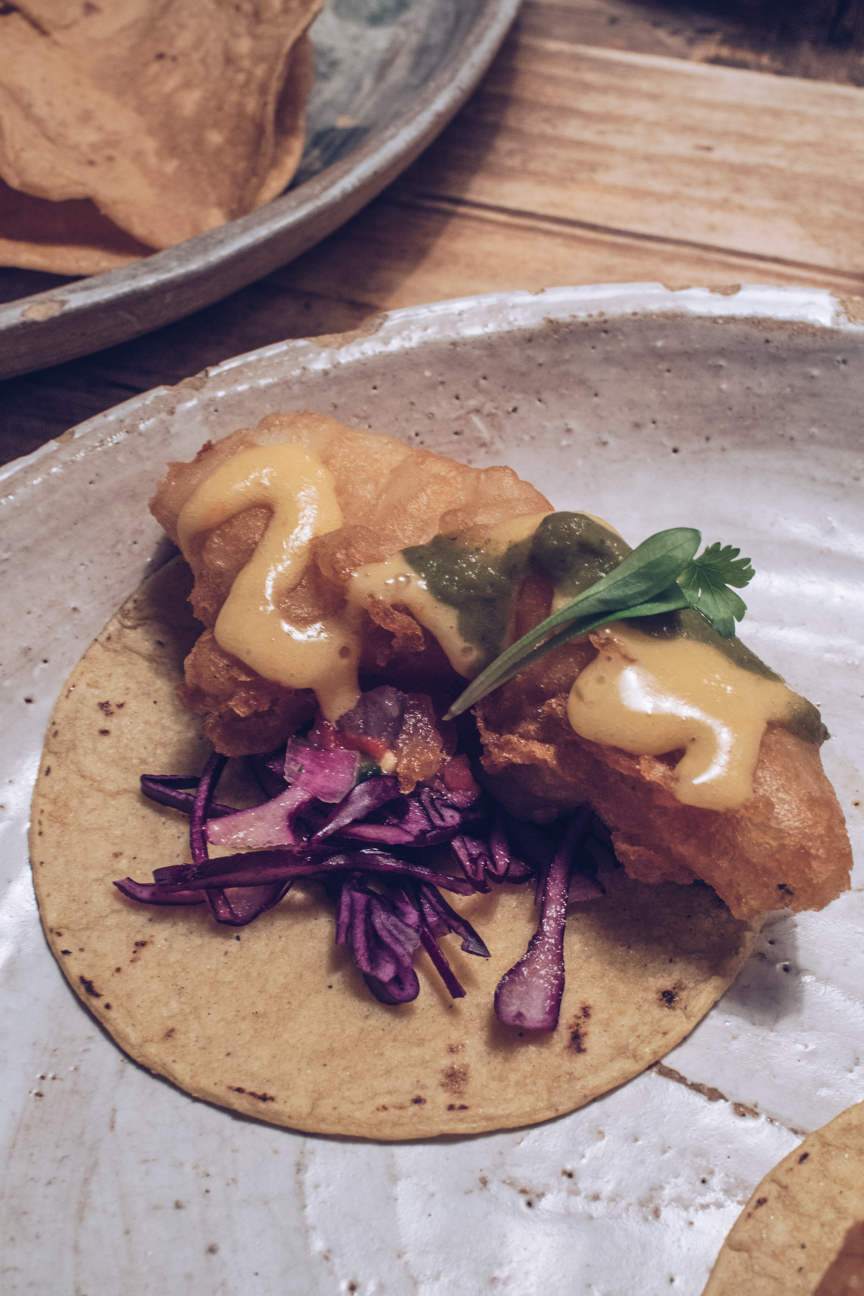 The fish taco always appears in those ‘best dishes in London’ lists that float around the internet, so I was keen to try it. My only experience of fish dishes from South America really is with ceviche, of which I’ve never been a huge fan, but I’ve never had fish in Mexican food before, and to be honest, if I could eat those fish tacos every.damn.day, I 100% would. Breddos’ variety is ‘Baja’ style, which is deep fried white flesh fish, shredded cabbage (red in this version but often white) and arbol chilli, with a baller addition of caviar because it was bank holiday weekend, of course. 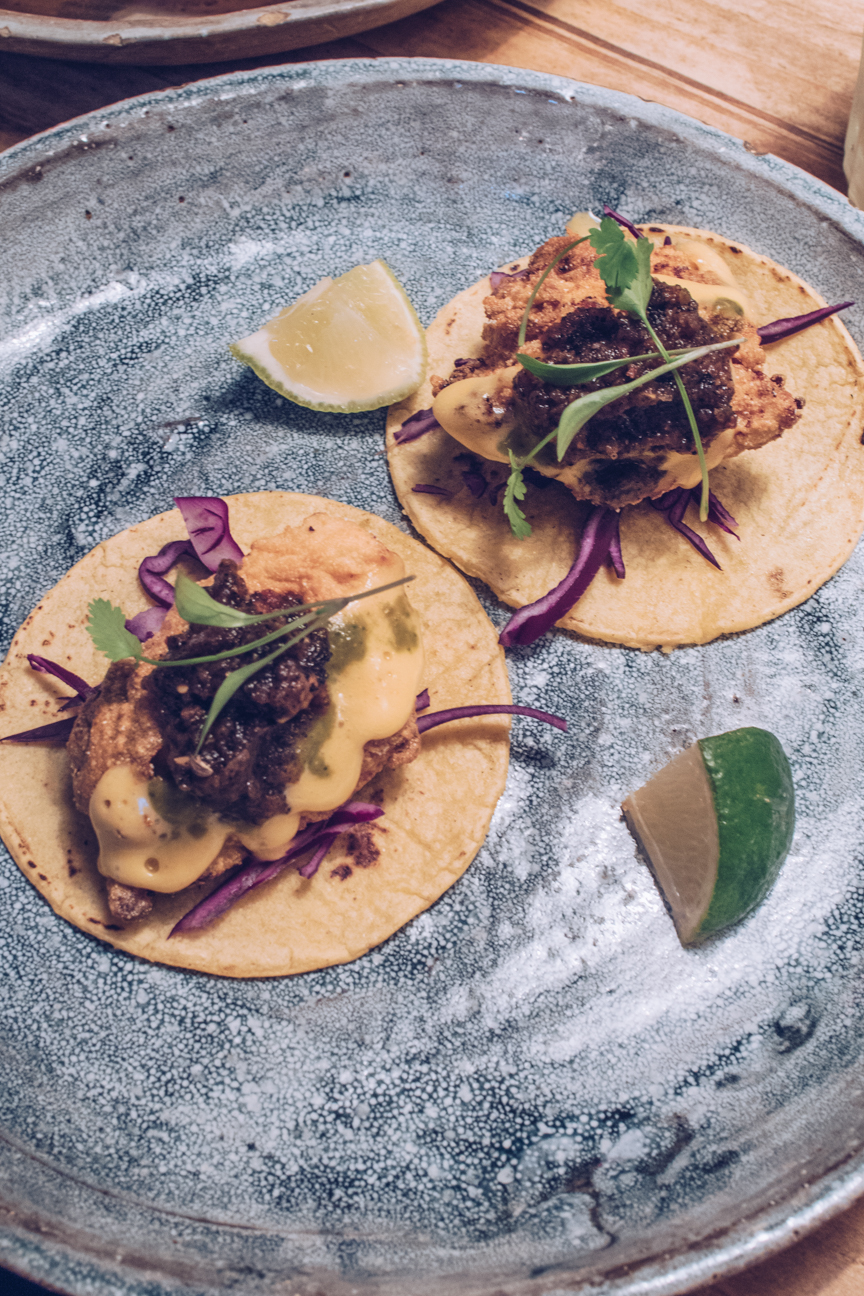 Even though tacos are the headline items, it was the attempt at having an appetiser that was our ultimate downfall. Melted cheese, served in any way, is a foodie blessing that none of us truly deserve, which is maybe why we didn’t take it lightly when it came to the queso fundido. A skillet filled with four different cheeses and side plate sized corn tortillas to scoop it all up with demands one thing only: the ordering of another one. Which I guess means we ate eight lots of cheese between the two of us, and it went down a TREAT. 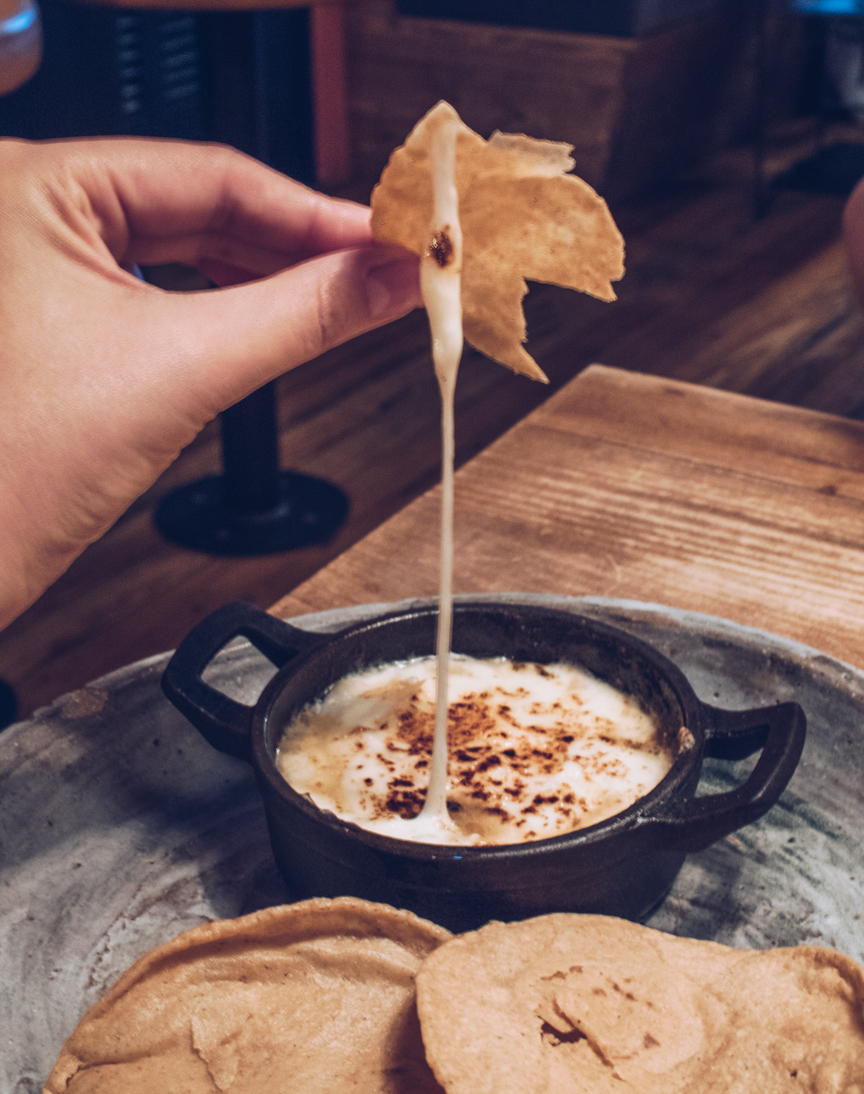 See where else I’ve been in London on my Instagram Stories highlight!

There’s is a lot about South American cuisine that is completely alien to me, I guess not having visited that particular continent (yet!), it’s flavours and ingredients that mean I’m not confident in finding a ‘good’ interpretation here in London. But expert or not, you can’t deny how delicious Breddos is, and I think that probably hints at what I can hope for when I do make it to that side of the world.

More posts on where to eat in London