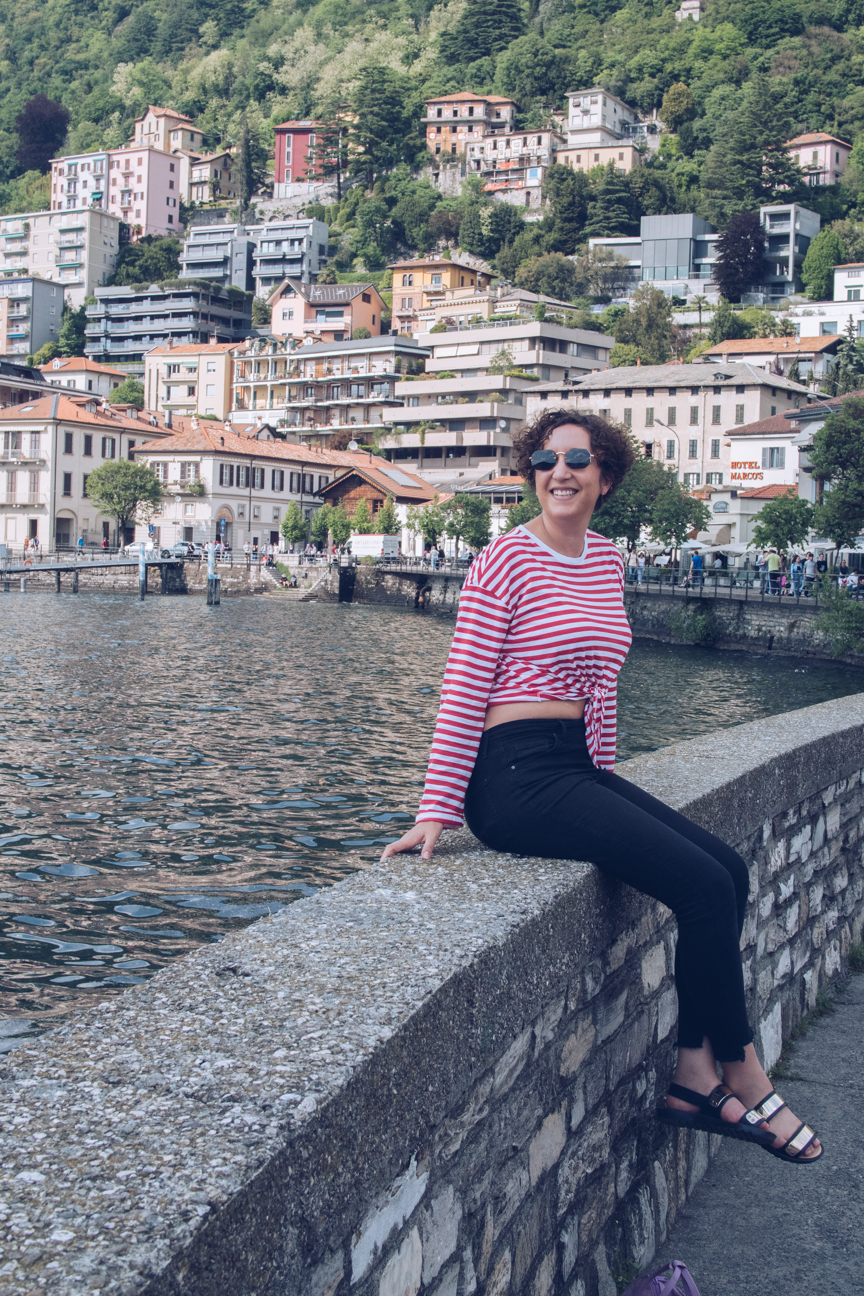 An area where the super rich go to holiday, with ever-beautiful weather and even more beautiful people; it’s not really somewhere I’ve imagined visiting, yet everything I read insisted that I take a day trip to Lake Como from Milan.

The train that whisked us towards the famous lakes area was pretty grim, and clearly not the transport option of choice for those who can afford to stay in Como and the areas beyond, but it was a short one hour trip that took us to the border of the lakeside, where, just as we pulled into the platform, I received an email to say our flight home the next day had been cancelled. There are a few things I would’ve liked to have recommended in a day trip from Milan to Como, but the first part of our day involved two hours calling the airline, our insurers and frantically attempting to find new accommodation, so…try not to do that. 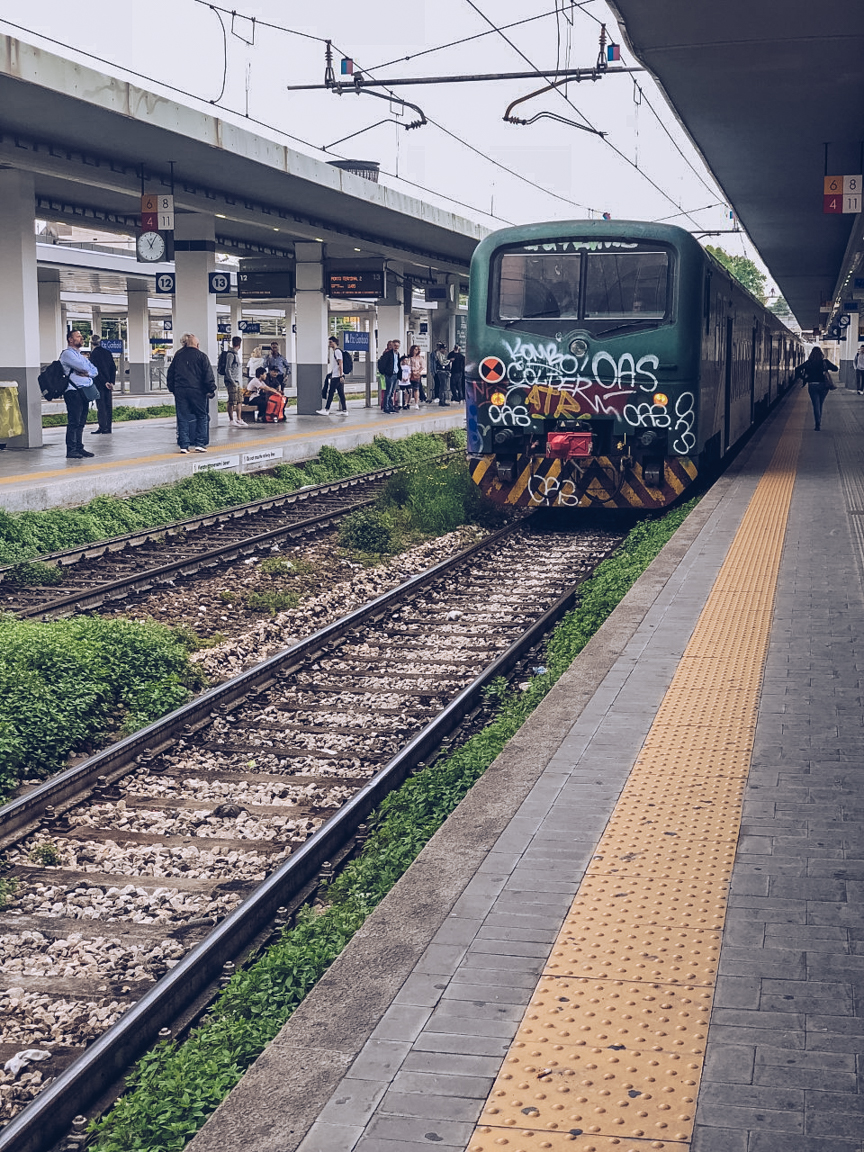 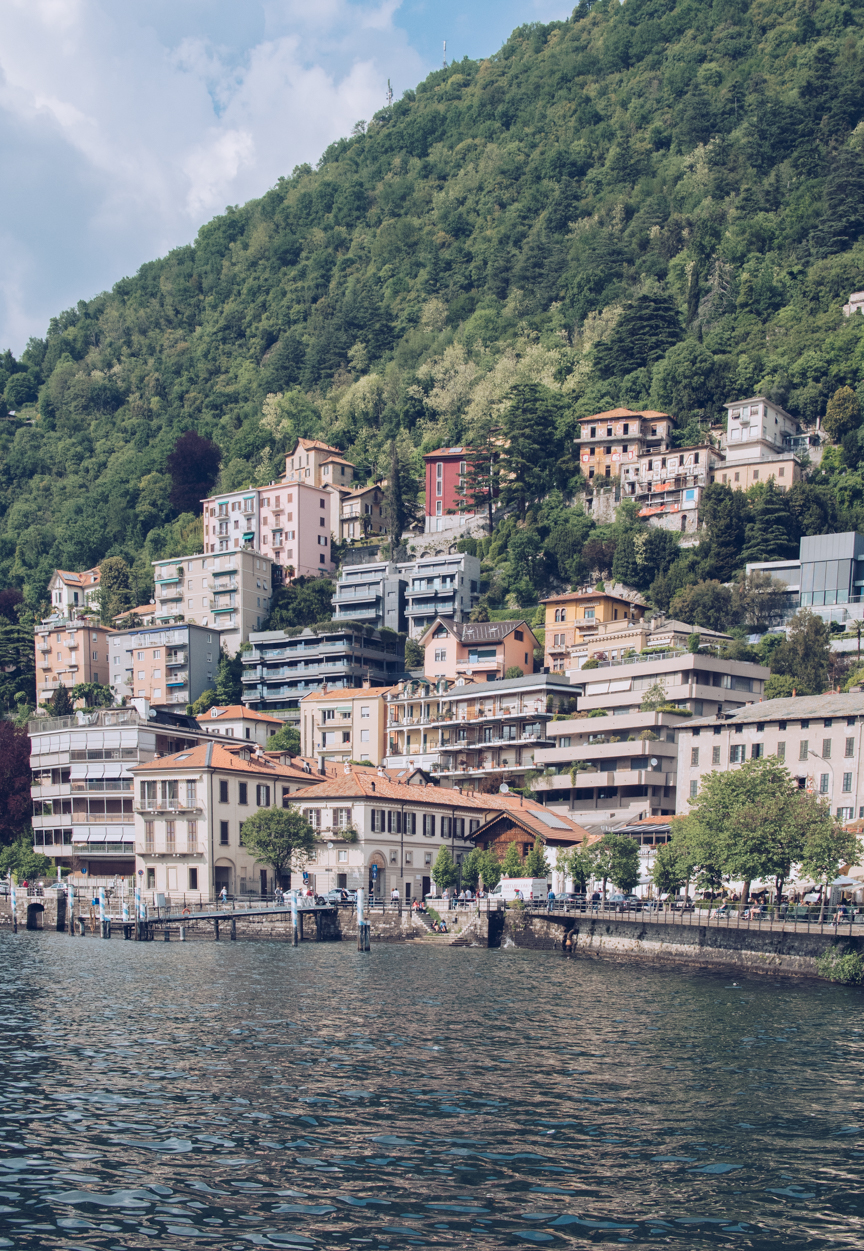 It meant that our day, instead of starting with some exploring and a boat trip up to Bellagio (to do some Clooney spotting), we began with lunch and a much needed beer. I was stressed out and feeling frustrated at not having answers to our travel woes, with hunger induced rage setting in, we picked a restaurant that didn’t look too busy on a side street we’d stumbled upon. For the first time in…well, potentially ever, I cannot recall the name of the restaurant we ate in. I didn’t note it down on in my Notes, I didn’t include it in an Instagram Story, I didn’t mark it as visited on Swarm – I wasn’t bothered about anything other than figuring out how we were going to get back to the UK. But thankfully, the food we had was excellent – my salmon ravioli was cooked al dente with a buttery soft filling; my boyfriend’s spaghetti was mixed through a rich and peppery ragu, served with parmesan, of course. 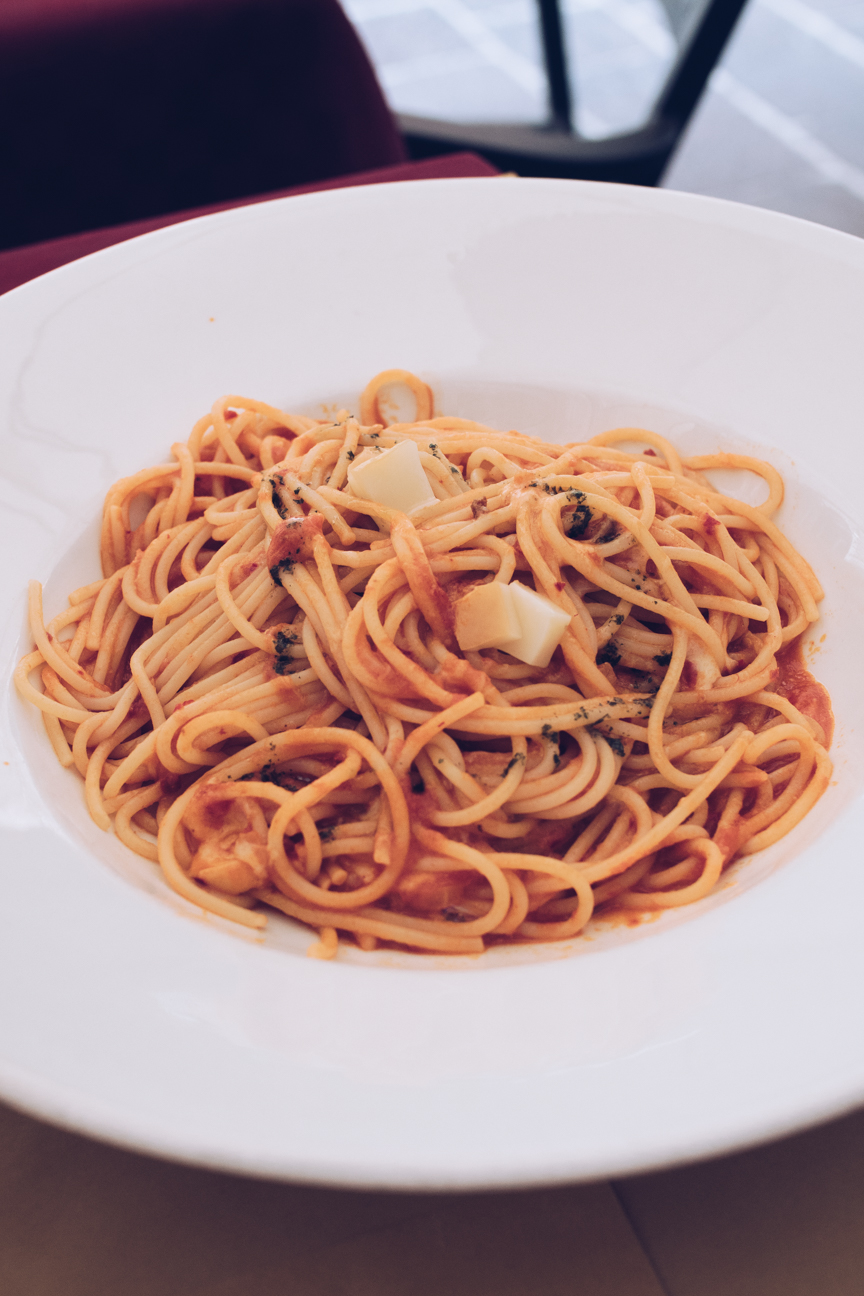 Revitalised somewhat, with full bellies, we felt up for some touristing. But Como is small, the clouds were threatening, and my carefully thought out plan for the day was well and truly thrown out of the window. So, we wandered; past the Duomo, through narrow streets dappled in orange hues from the sunshine doing it’s best to stick around. Cobbled streets, wooden shutters – roof to cobble quaint, with the warren-like streets and tall terraced houses shielding us from the tourist hubbub and giving us some much needed calm after a stressful morning. 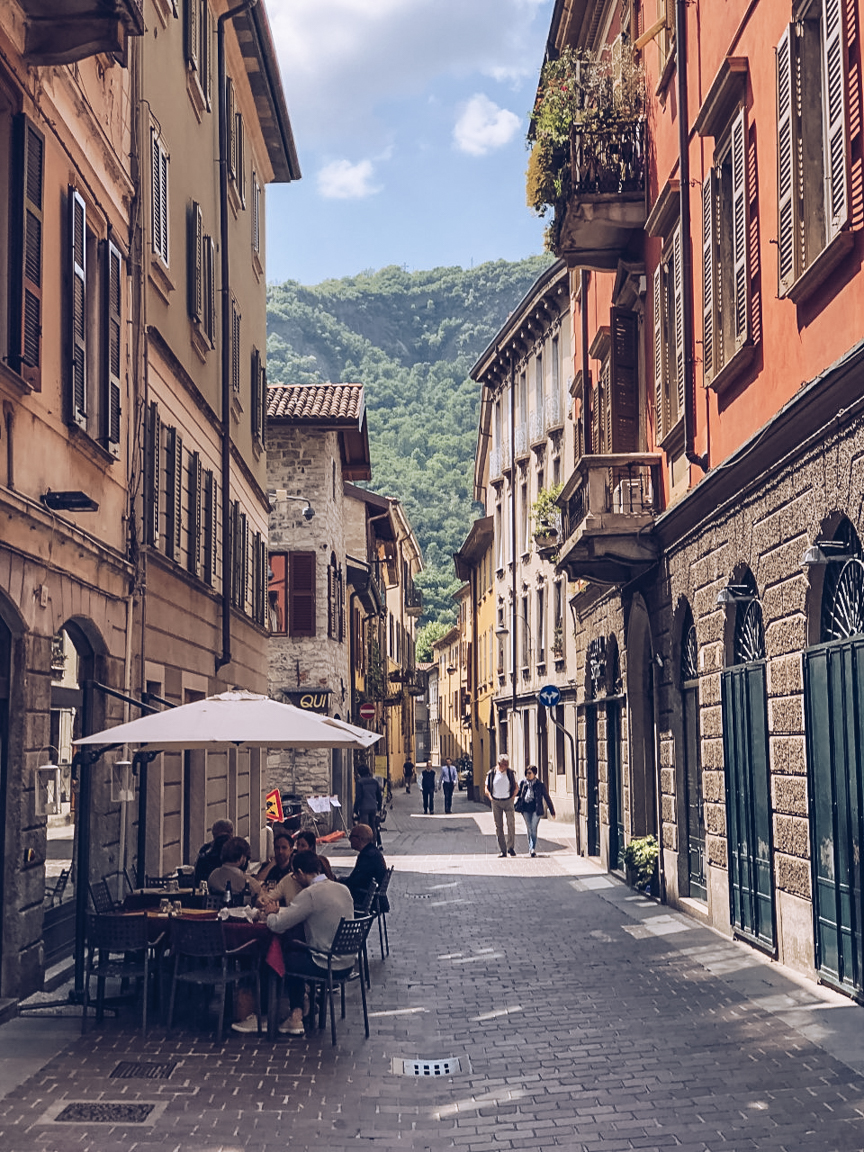 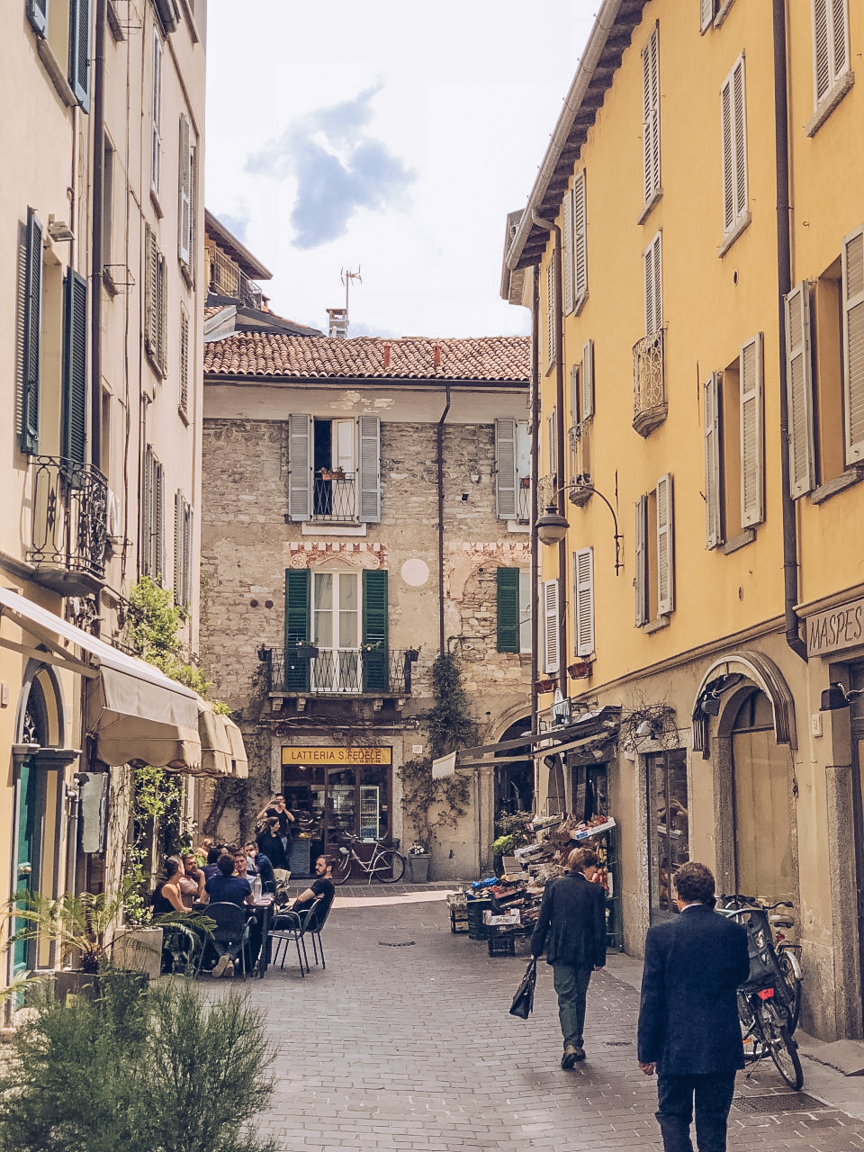 Heading to the waterfront, we picked up gelato from Guidi (one scoop of chocolate, one scoop of apple and cinnamon) and took in what really brings the crowds to Como: the stunning views. Surrounded by wooded hills, the lake is vast, and if you’ve got time, you can take it in by pedalo, ferry or even hire your own private speedboat. The area is full of stereotypical Italian charm: Vespas parked everywhere, seemingly ancient locals discussing something important with a lot of hand gestures flying around, the opportunity to eat a LOT of pasta on every single corner. 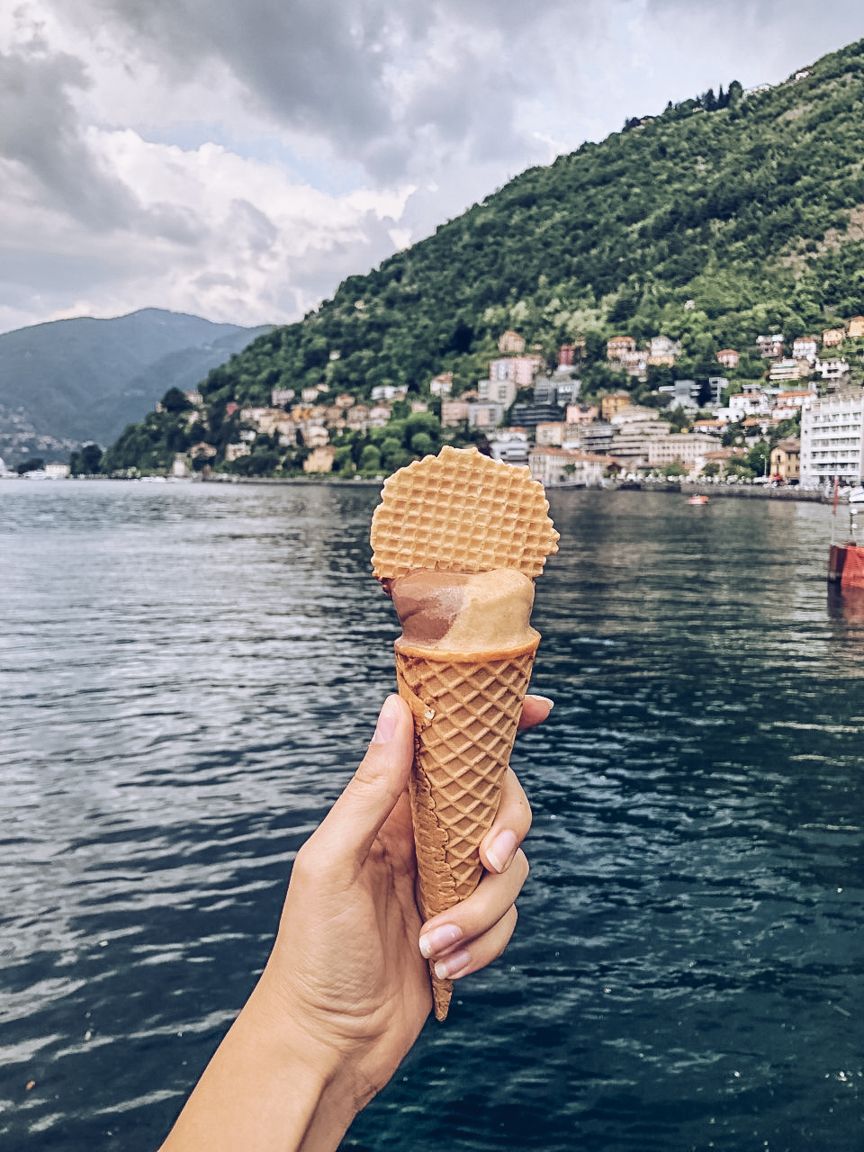 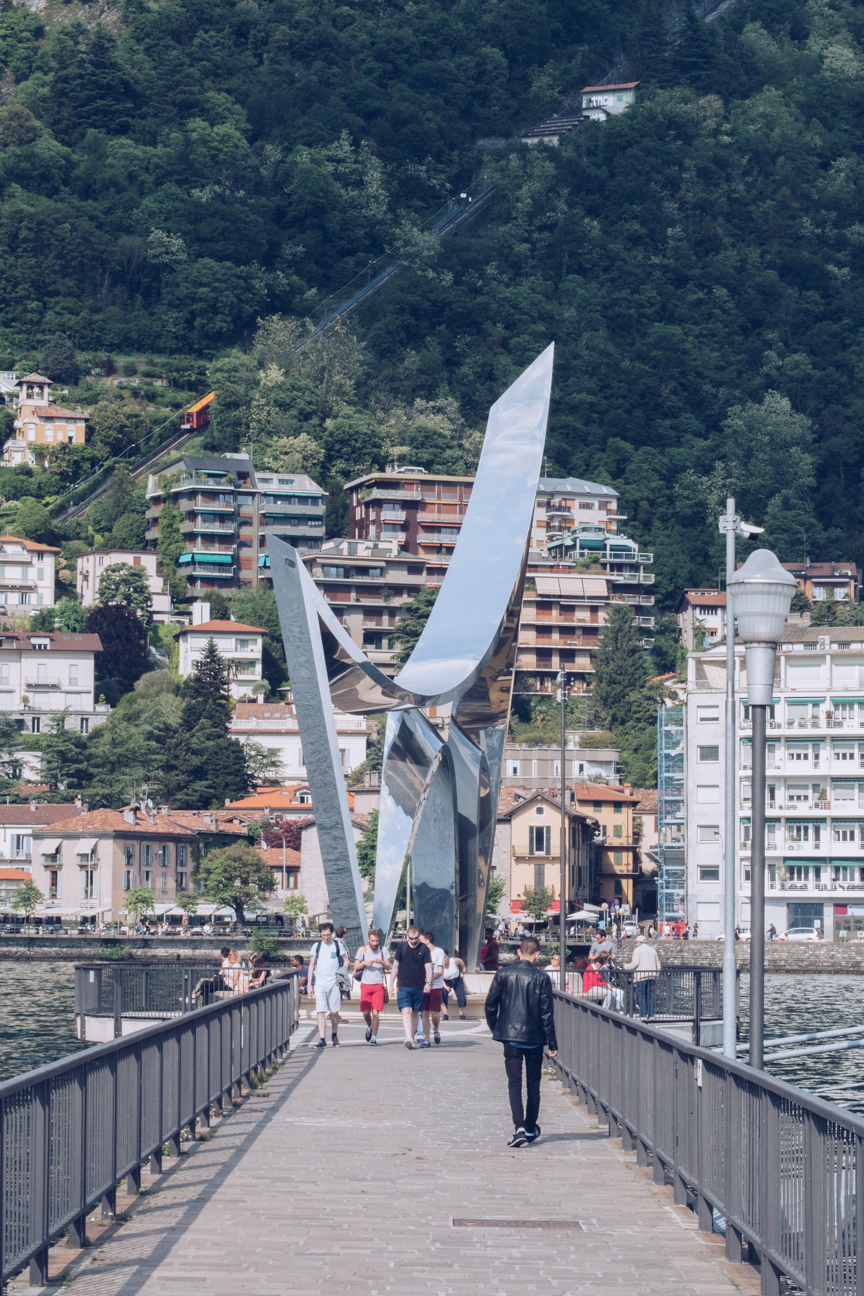 We decided to take  the funicular railway up to Brunate to get an aerial view over Como, seeing as we’d run out of time to travel further up the lake to some of the snazzier areas. I love a funicular railway; it’s like a cable car but you’re not suspended in mid-air and you they generally only take a few minutes to get you from A to B. This one? Well, to go with the theme of the day, it broke down, just as we’d boarded it, and just after we’d got over the horror of my boyfriend’s gelato melting at such a rate of knots that he looked like the victim of a delicious, edible massacre. By the time we got to the top of the hill, we kind of just wanted to come back down again. The view was spectacular, admittedly, but it really was time for a drink. 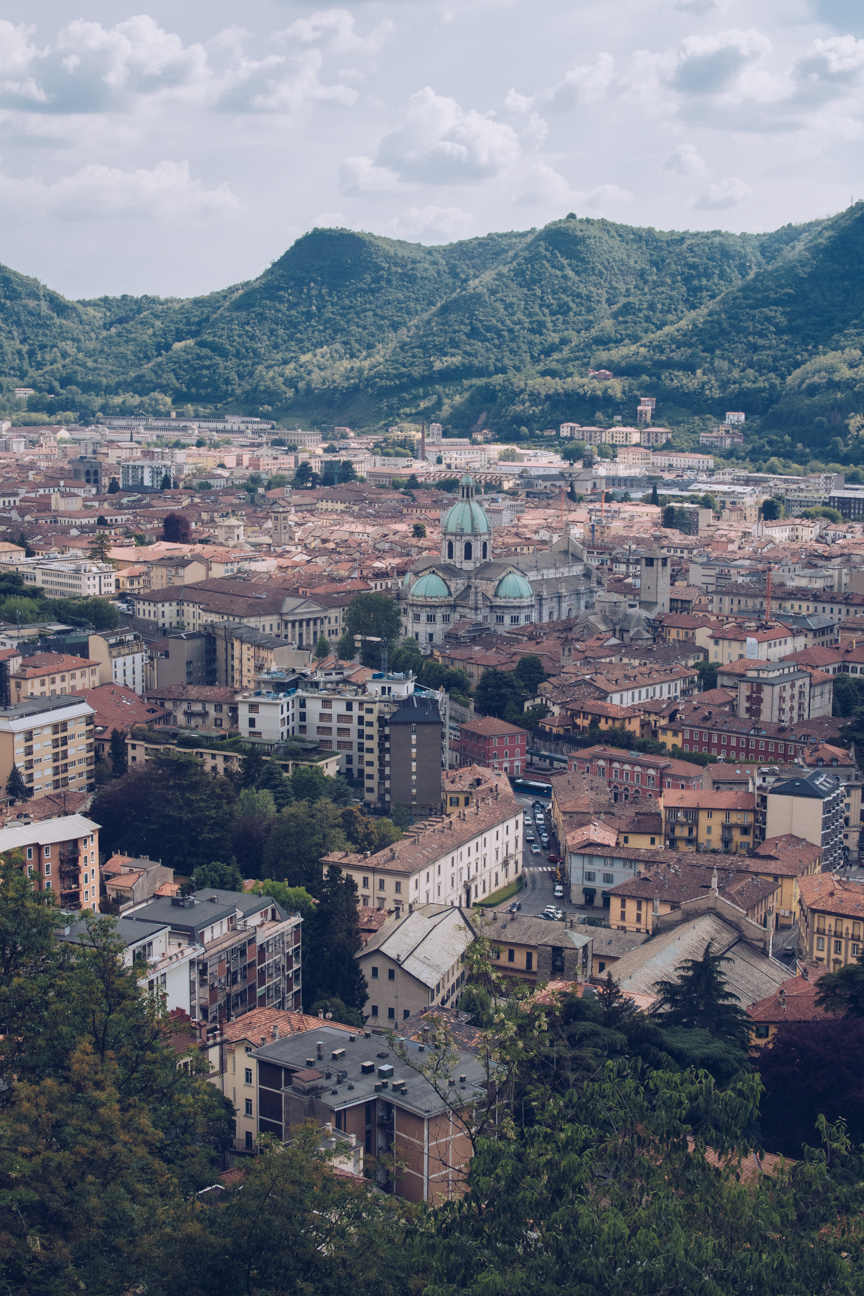 Thank the lord for the wonderful Italian tradition of aperitivo, where we settled down with prosecco and nibbles and suddenly, the day seemed a little rosier. It was a turbulent few hours that we navigated through with sweet treats and booze, in a setting that next time (and there will be a next time) we’ll be able to appreciate a little bit more. 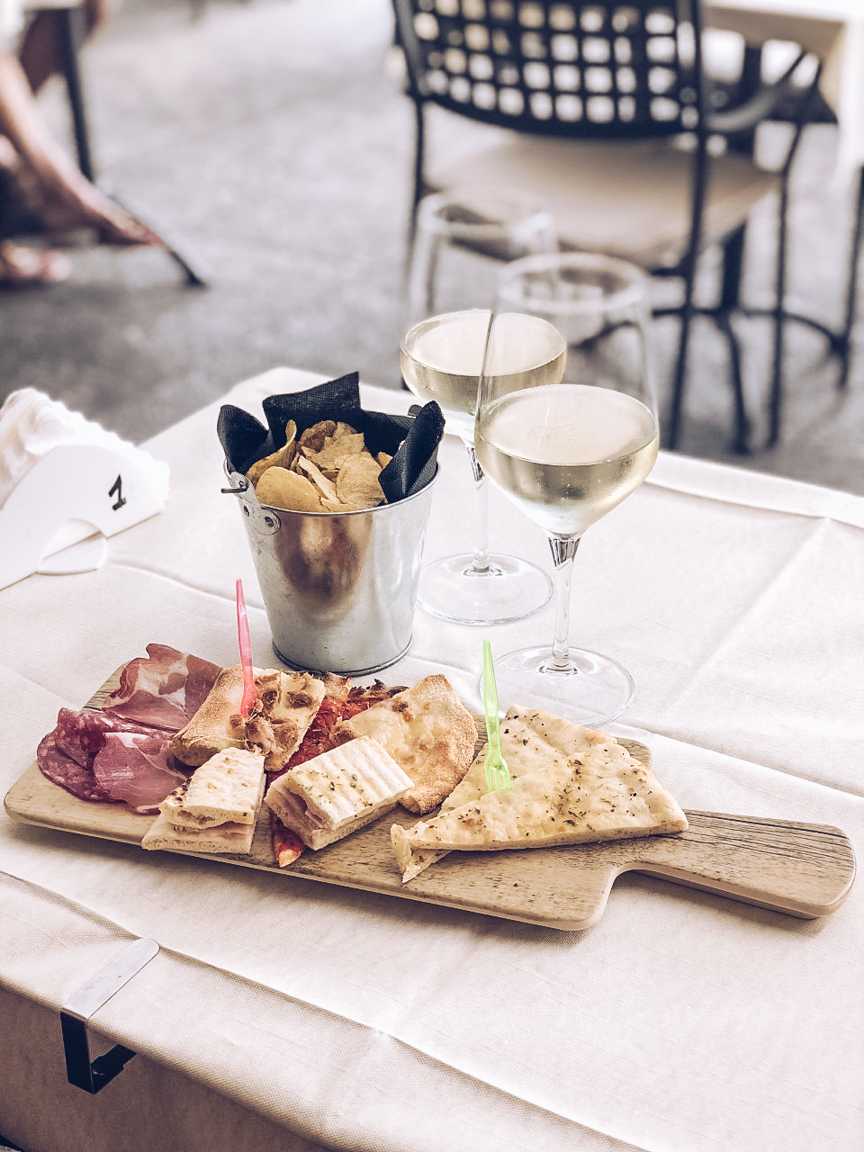 What I wore in Lake Como 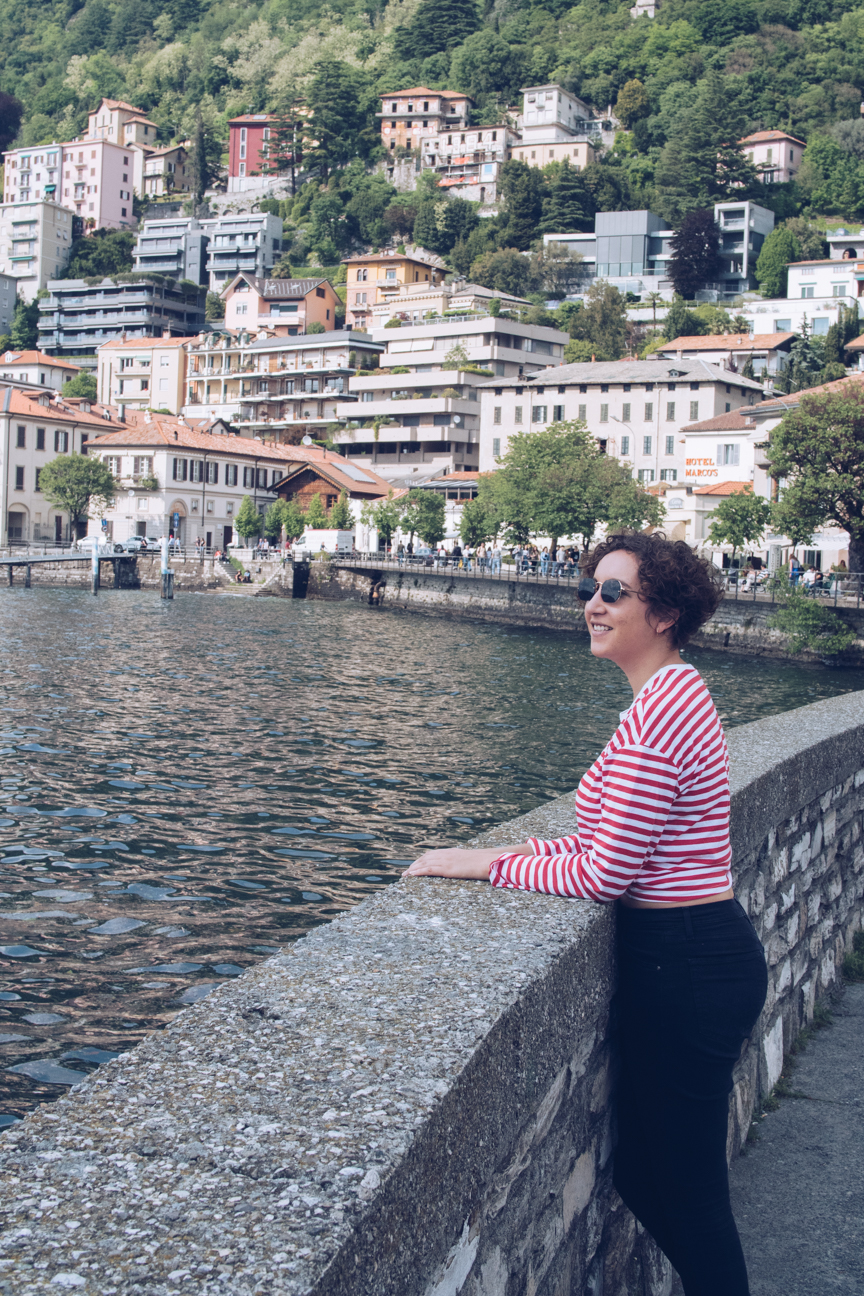