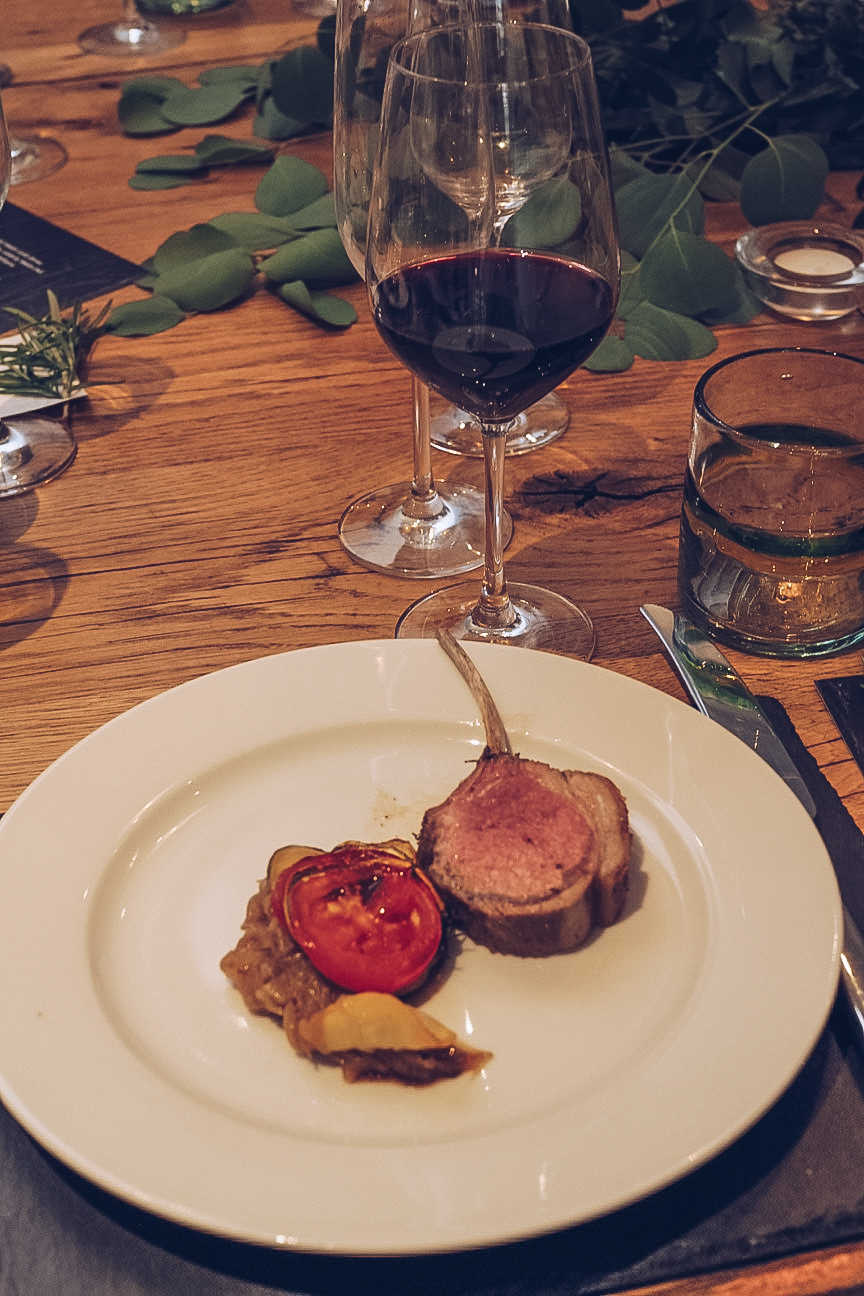 There’s a ridiculous irony to my food-based travels. No matter where I go, I make such an effort to eat local and try traditional dishes, yet buying food at home in the UK, I don’t really pay attention to where my ingredients originated. Supermarkets may state where our food has been imported from, but it’s not always easy to find something that’s produced a little closer to home.

We all think about fruit and vegetables as being seasonal, but a recent dinner with the representatives of Welsh Lamb* made me realise that food is too. Often reserved for Sunday roast dinners, the lamb I buy, cook and eat always seems to be from New Zealand, but during my meal (cooked by Bryn Williams, no less!), I realised that I need to be doing more to eat local every day, not just when I’m abroad. Why? 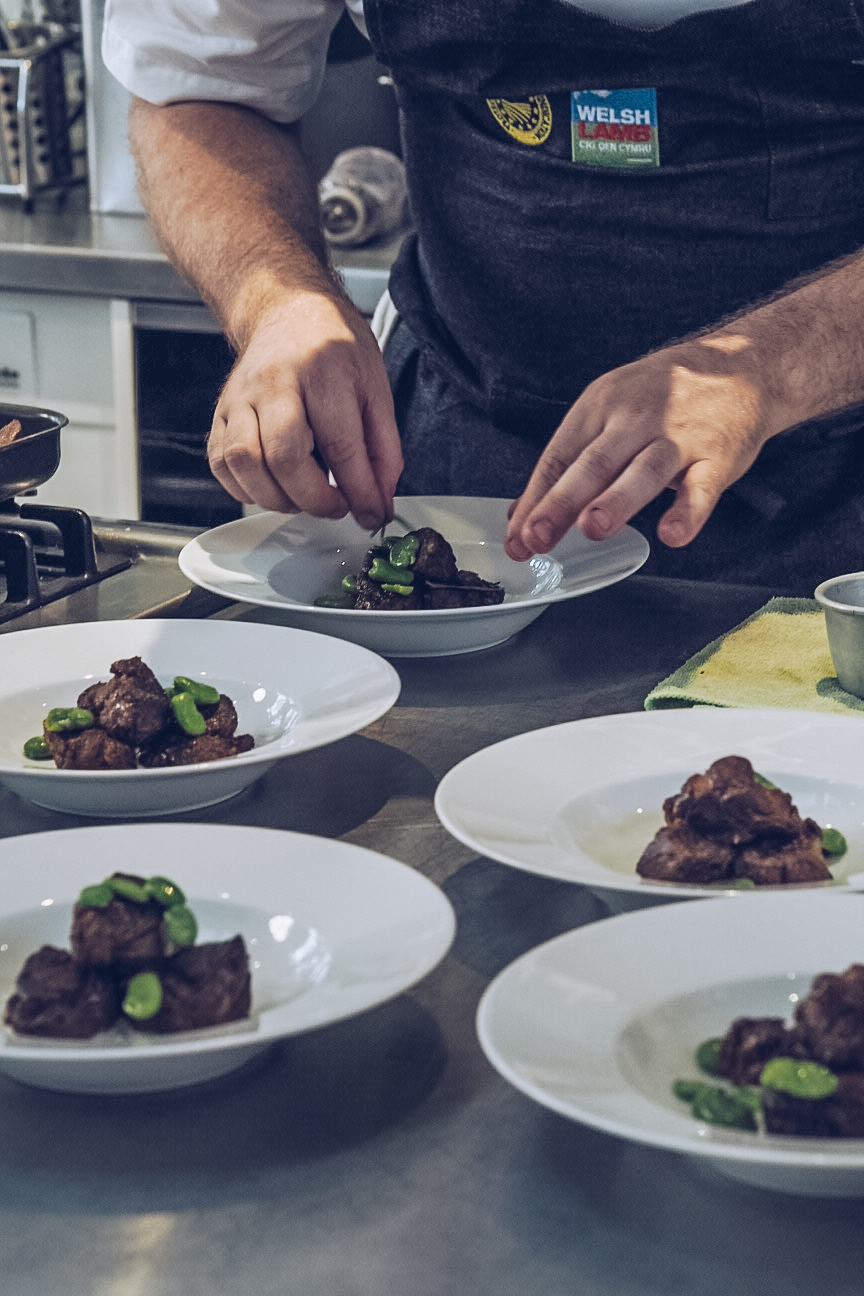 It’s kind of counter-productive that my awareness of sustainability doesn’t often reach my own kitchen. I, like a lot of people living in a post-Blue Planet II guilt, have a Keep Cup and Beeswax Wrap, but when it comes to considerations like reducing carbon emissions, it’s not normally a conversation that meat-eaters are welcome to join. You can’t escape the topic of veganism and how it’s good for the planet, but if a plant-based diet is not your thing, you can cut out a huge amount of damage by eating something that’s come from a few miles away, instead of one that’s been shipped over from the other side of the world.

How often have you tried something a bit out of your comfort zone abroad? Chicken feet in China, trotters in Kuala Lumpur, but suggest adding anything other than a standard cut of meat to my weekly recipe rotation and I’m likely to politely decline. We’re comfortable with what is readily available to us en masse, but I was served a slow cooked neck of lamb and realised nose-to-tail dining isn’t necessarily about offal or unpronounceable dishes at pretentious restaurants, it’s simply a more respectful way of eating meat and saves on huge amounts of wastage. 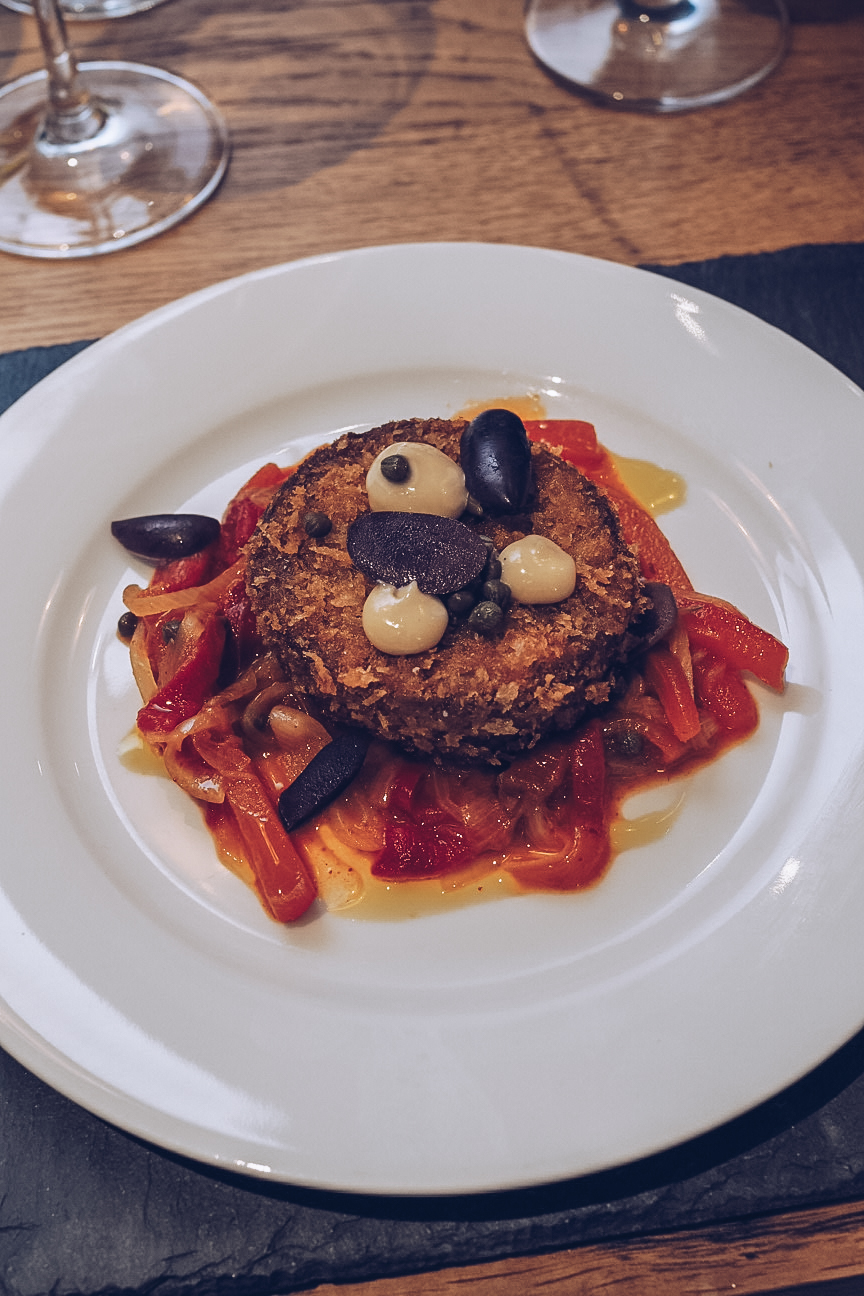 We are a spoilt bunch of hungry bastards these days, and when we want something, we get it. Although fruit and veg are often talked about as being seasonal, nobody really questions the fact that we can get strawberries all year round, and the same goes for meat. The date of my dinner with Welsh Lamb was highlighting the optimum time for the best, local lamb (and the product itself has a coveted PGI status which means it’s the best of the best!). Although the dishes were cooked by a Bryn Williams, even he was first to admit that the great flavours weren’t just down to him, but a result of a product reared with precision and care. You don’t have to be a food snob to be able to really taste the difference. 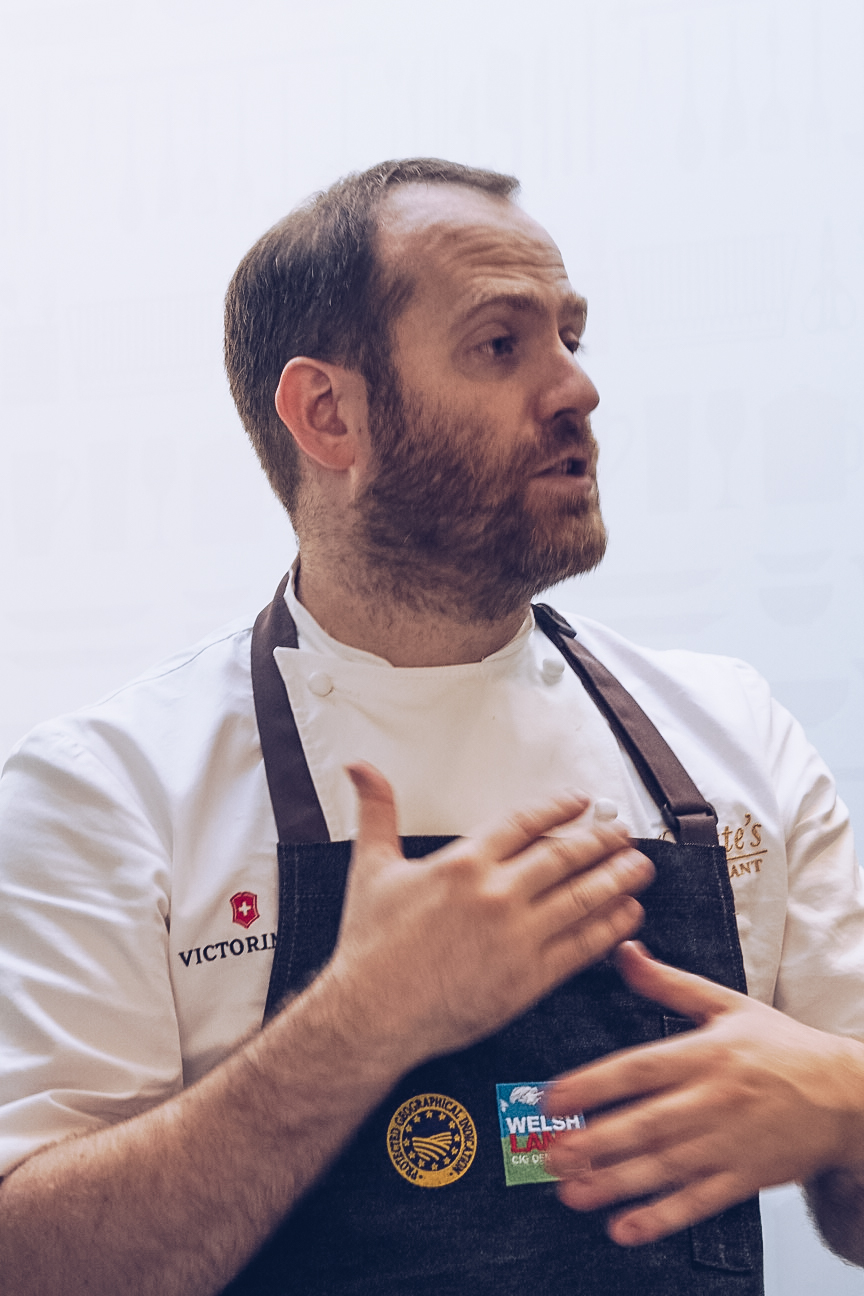 4) It helps out the economy

Let’s be honest, as Brexit gets closer, the country really is on the verge of a fucking disaster. Farms that have been in families for generations are only just getting by as it is, but the threat of exporting nightmares are becoming a bit too close for comfort, so we can all help by buying more locally. Let’s not forget that importing will be more expensive too, so we can all save some pennies through shopping around and switching to produce that hasn’t had to cross closed borders. This isn’t about splurging at an organic farmer’s market, it’s simply reading labels on products in whichever shops you go to. The more we all ask for it, the more we can help increase demand for local food. 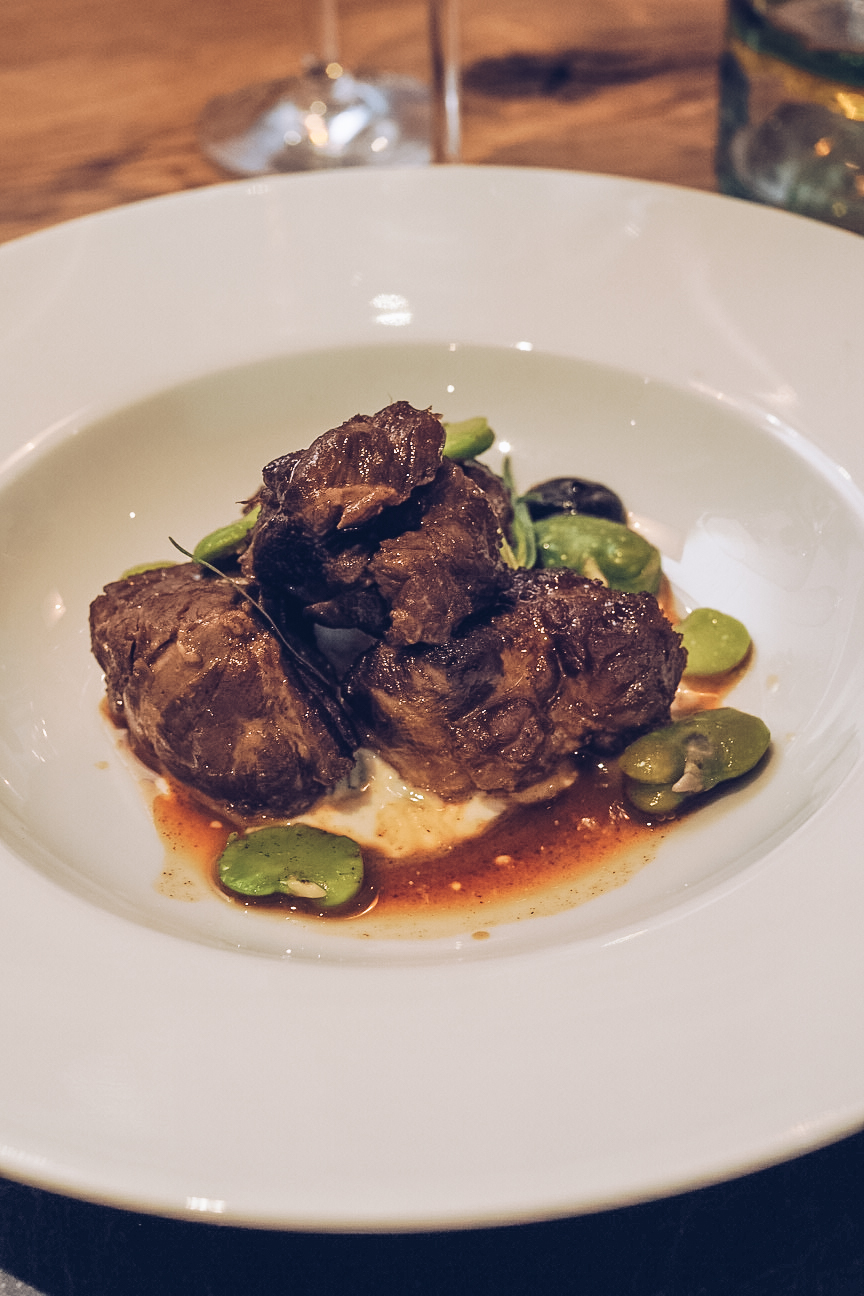 You’ll be forgiven if you think meat = unhealthy, with every digital and physical page throwing stats out about cholesterol and what-have-you. Of course, overindulgence is not a good thing (most of the time), but you can have meat as part of a balanced diet. The thing is, when it’s mass-produced and stored to last, it means the animal wasn’t healthy and any nutrients that were there are often pretty slim by the time it gets to your plate. The seasonal production cycle of Welsh lamb means that what you’re eating is quality, not convenience. 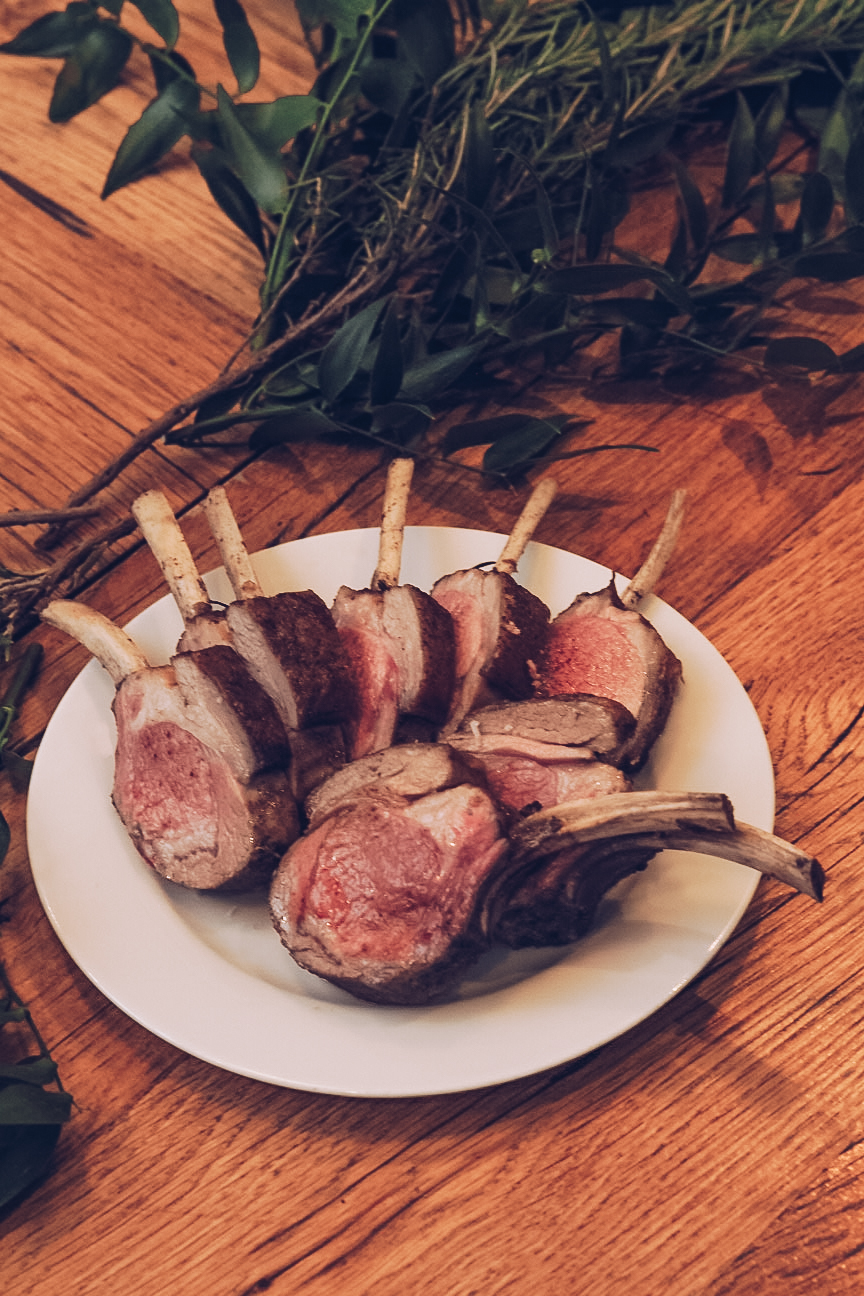 We’re often all concerned about our impact on the places we travel to, but the biggest victim of our lack of awareness is often our own homes. Food waste and sustainability are things we should be concerned with all the time, not just when we’re on holiday.

More posts on where to eat locally produced meat
Sophisticated BBQ at Pitt Cue Co
Eating Kobe beef in Japan at Wakkoqu, Kobe
An Organic Sunday Roast at The Duke of Cambridge, Islington